Cooper Tires’ latest offering, the STT Pro, has been designed from the ground up over a 10-year period of consistent testing in Australia’s harsh outback.

It began in 2007 when Cooper’s product manager John Pecoraro came to Australia from the US to see first-hand what it was that made Australia such a tough place for tyres.

He committed the company to developing a tyre that would outlast the tyres of its competitors. After a decade and more than one million kilometres of testing, the result is a product that will set the standard for new-tyre development in Australia. 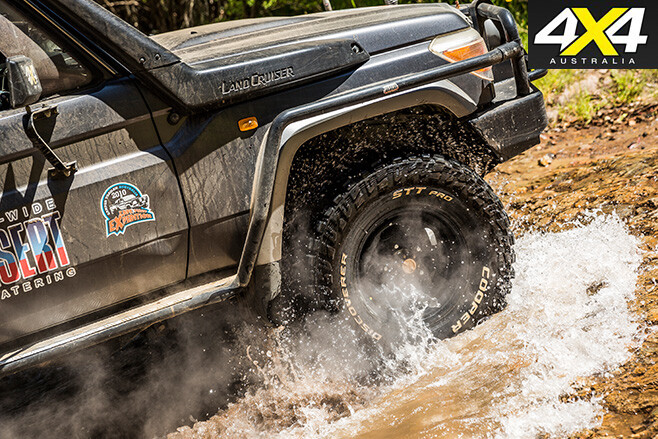 So, with a fair bit of travelling to do in some of Australia’s toughest environments, we thought it appropriate to give Cooper’s New Discoverer STT Pro a run. The first thing we noticed was the tyre hasn’t had a makeover, but a complete redesign over the old STT.

Features that have made it a clear winner for the serious off-roader include new mud-release dimples and mud scoops. Simply put, these are small grooves on the leading edge of the outer lugs designed to prevent mud from sticking between the tread blocks.

Also new to the tyre is a flex groove, generating a point in the tyre, which allows more flexibility and dampens the impact of inconsistent terrain. In other words, your tyre will conform better to the terrain beneath it, without compromising its integrity. The STT Pro’s rubber compound is formulated with a ‘chemically’ – rather than ‘mechanically’ – infused silica, further improving wet traction, stopping distance and fuel economy. The compound has also been infused with cut and chip additives that reduce chipping often associated with inferior brands.

Traditionally, the Achilles heel of any ‘luggy’ tyre has been its propensity to chip on sharp, rocky surfaces. Now, if there is any place that will test the new STT Pro’s chip resistance, it’s the Flinders Ranges and, more specifically, Arkaroola Wilderness Sanctuary’s Ridgetop Track.

The tyres ate it up. The Ridgetop Track is widely regarded as one of the most spectacular and challenging 4WD tracks in the Flinders Ranges, if not Australia. The sure-footed nature of the new chip-resistant tyre design saw little damage to the rubber. With it came superior grip; minimising tyre spin to almost zero while offering unbelievable traction.

The next outing for the tyres was along the Queensland coast. With tyre pressures at about 20psi, a 60km beach run was made easy; the tyres handled the dry sand substantially better than their predecessors, and the side biters, or the lugs around the sidewall of the tyre, assisted greatly in traction. Essentially, they have more surface area, which means they have more grip.

The final workout for the tyres occurred at the Vic High Country, following in the footsteps of the 2015 4X4 Of The Year contenders. To add to it, we towed a camper trailer ensuring that our combined weight would have topped four tonnes. 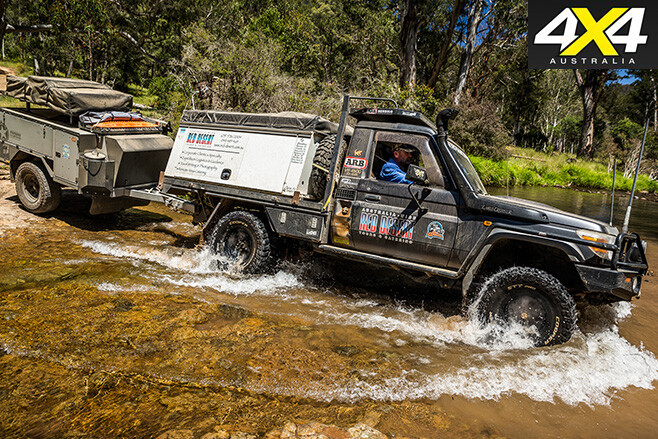 The tracks were chosen to test the 4WD systems of the contenders, and it sure made for an interesting couple of days. Nevertheless, the tyres performed exceptionally well and, with the new design and chemical compounds used in the STT Pro, we would say Cooper Tires has come up with a winner.

With more than 10,000km on the tyres now, tread is down from its original 16mm to less than 14mm, with no evidence of chipping or tearing of the carcass.
Golly, they’re good. I love you, Mr Cooper, whoever you are.