Preserving our environment is vital for the future of 4WDing.

IN THE last few years, we have heard more and more about irresponsible 4x4 use. In some states, this has eventuated in national parks closing their roads to the public.

This was originally published in the March 2014 issue of 4X4 Australia.

While many 4x4 drivers, bushwalkers, grey nomads, hunters and birdwatchers marvel at the ecological wonders surrounding us, ‘cowboys’ are blamed for much of the environmental and infrastructure damage. 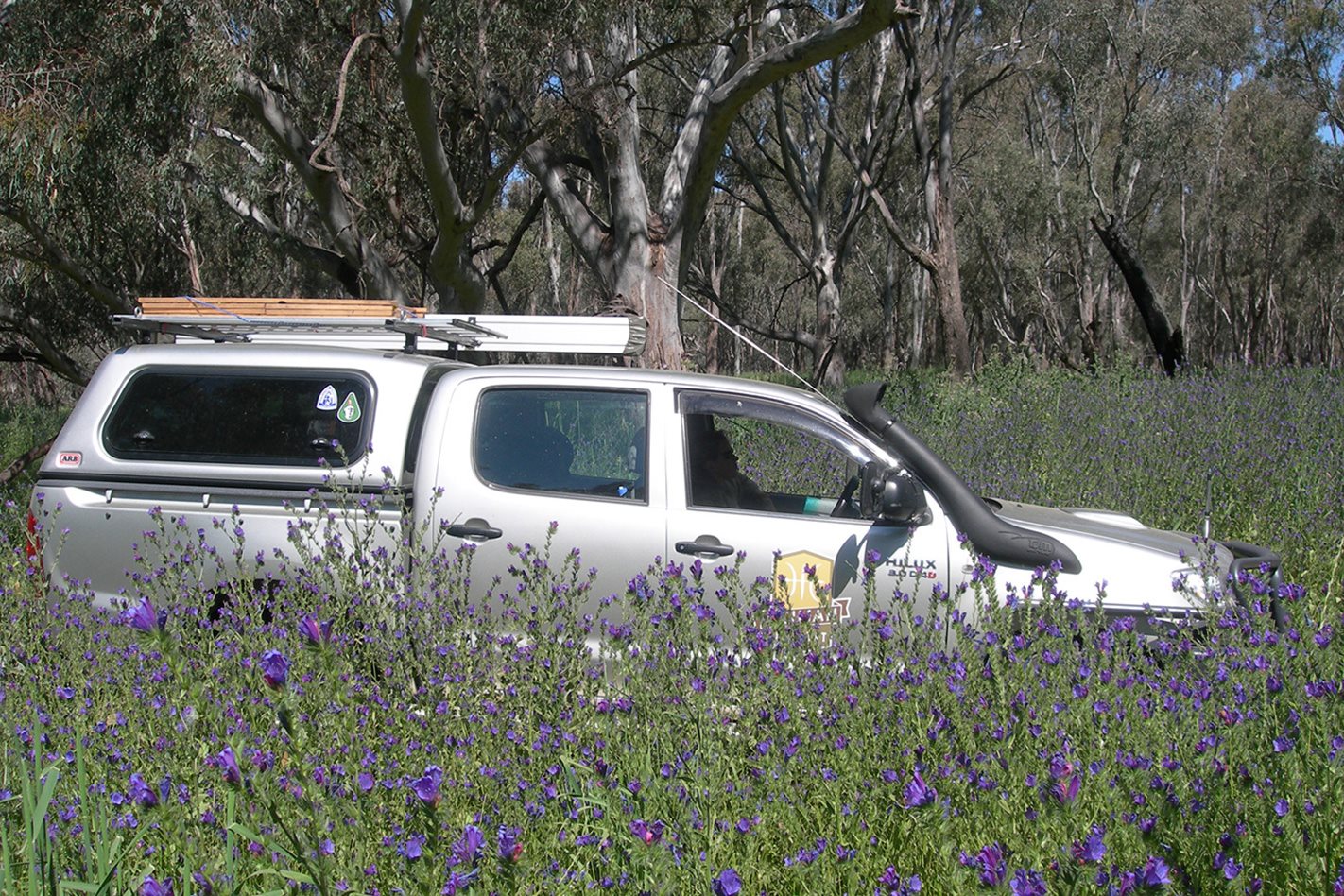 But how many of us could be unwittingly helping to perpetuate the spread of noxious and invasive species into our favourite spots, leaving a trail of environmental vandalism that will only come to light in the future?

I can hear your screams of protest already, but hear me out.

Have you ever walked across a paddock to have your shoes and socks impregnated with farmer’s friends? And how many of us have complained about the invasion of the cane toad, the burrs in our swag and the encroachment of blackberries and lantana into our once pristine and favoured tracks, fishing holes and campsites? 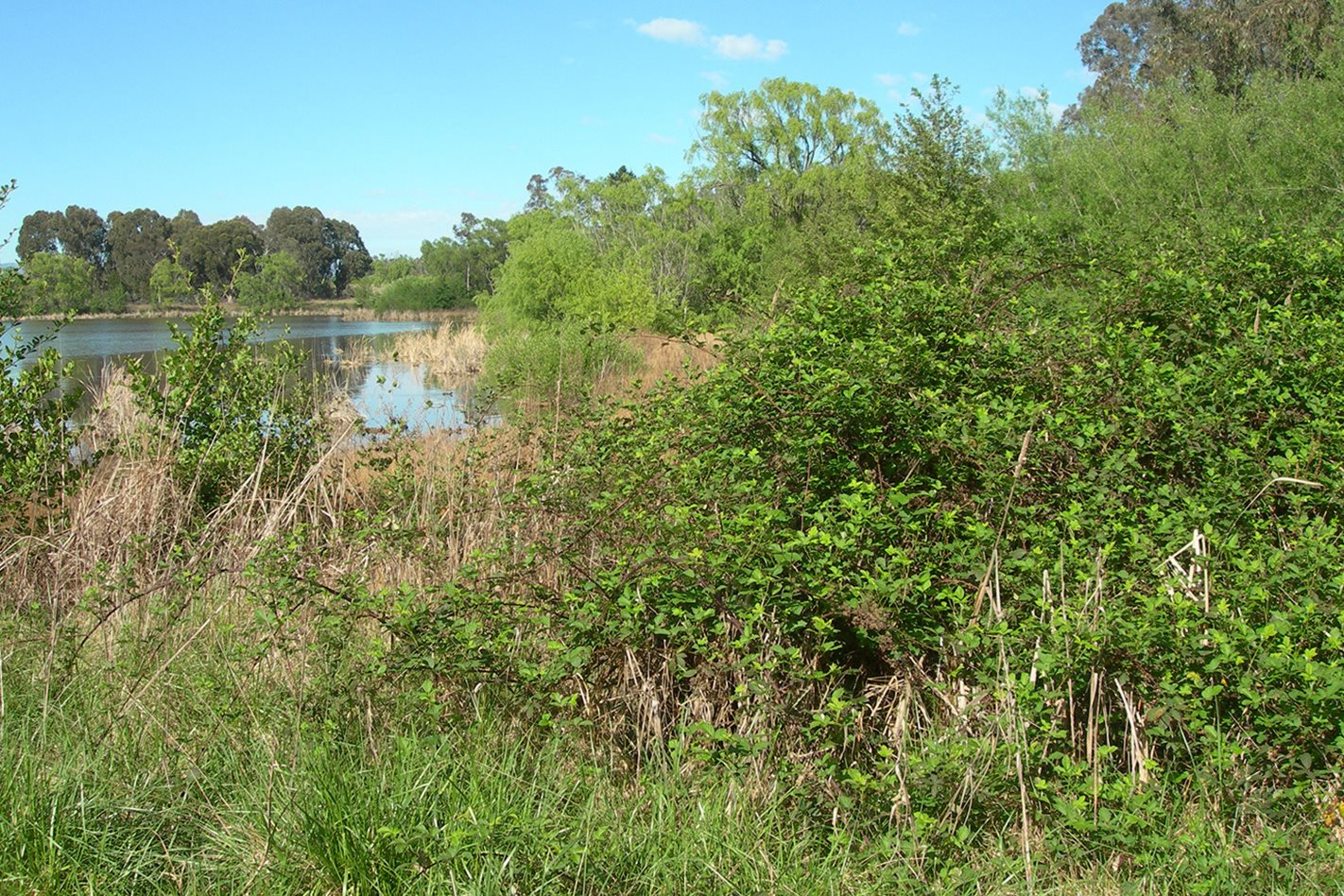 I don’t think it would surprise anyone to know that seeds and spores of invasive species can be carried in our clothing.  But how many of us think about how they can also be carried on our vehicles – sticking to the mudguards from the last bog hole that we traversed.  And did you know that cane toads have been proven to hitch-hike in trucks and cars across borders – hiding in the nooks and crannies while waiting for the sun to go down and the vehicle to stop?

While you might think there’s nothing that individuals can do about these sorts of occurrences, I’d like to offer a different opinion. We can all do our bit to reduce the impact we have on the country we profess to love so much.

When we talk about weeds and seeds, one of the most effective measures we can take is to avoid going into infested areas in the first place.  But I acknowledge that’s not always practical. 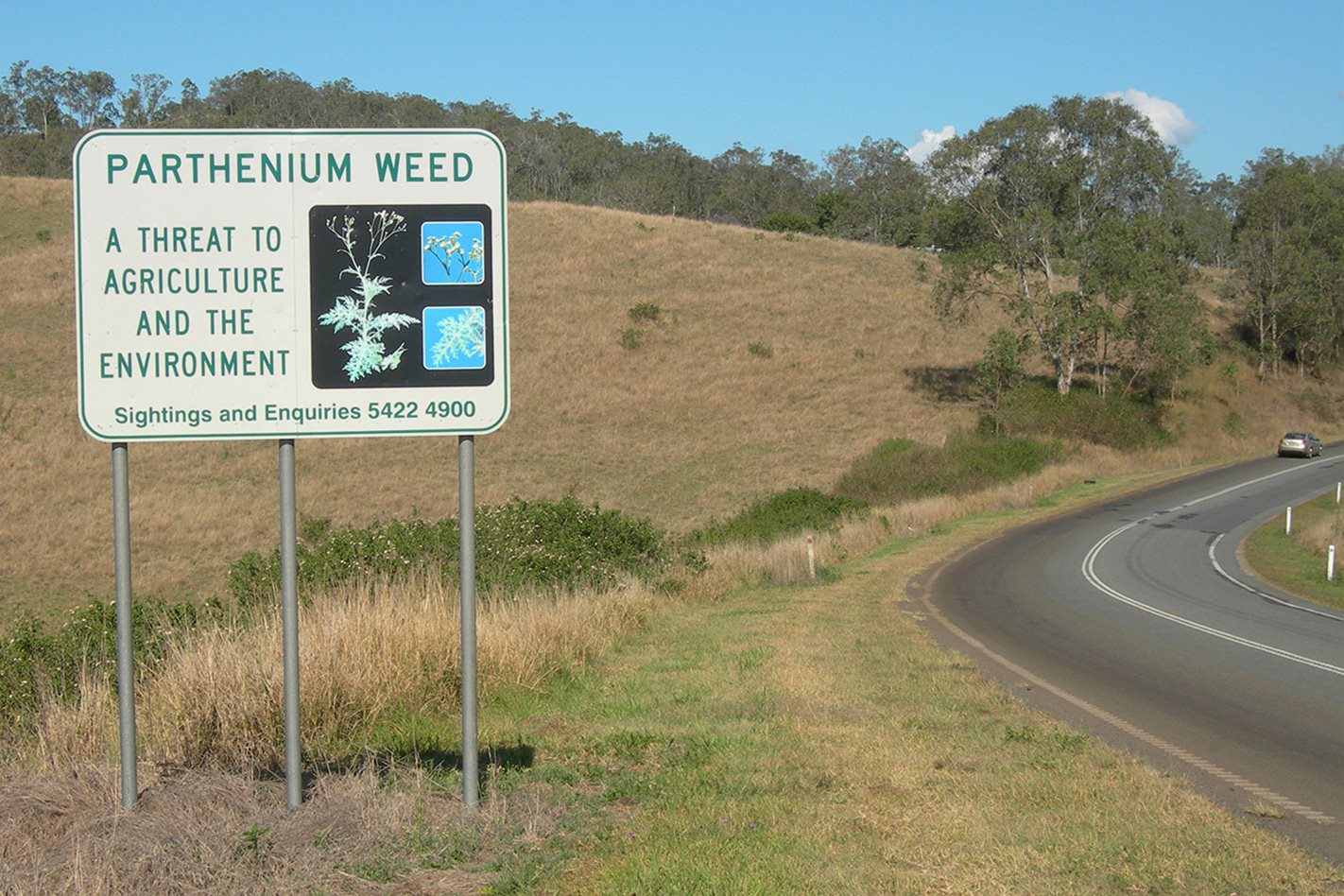 So, failing that, I would say that everyone of us has a fundamental obligation to try to minimise the risk of spreading noxious weeds by properly washing down our vehicles after a road trip – whether into the scrub, or across regions with different biological characteristics.

While I recognise that some people wear the mud and detritus on their ‘truck’ as a badge of honour, there are three main disadvantages to this sort of practice.
1. It promotes corrosion thereby reducing the longevity of your vehicle.
2. It provides an excuse for our urban-dwelling associates to brand every 4x4 owner that uses it for its general designed purpose with the ‘cowboy’ label.
3. Importantly in the context of this discussion, you may have unwittingly transported an invasive pest to a brand new home.

You may think that simply driving your vehicle through the automatic car-wash on Sunday afternoon will address your environmental obligations. But, regrettably, this isn’t the case.  Far from it. And if you don’t believe me, take this little test. I dare you… 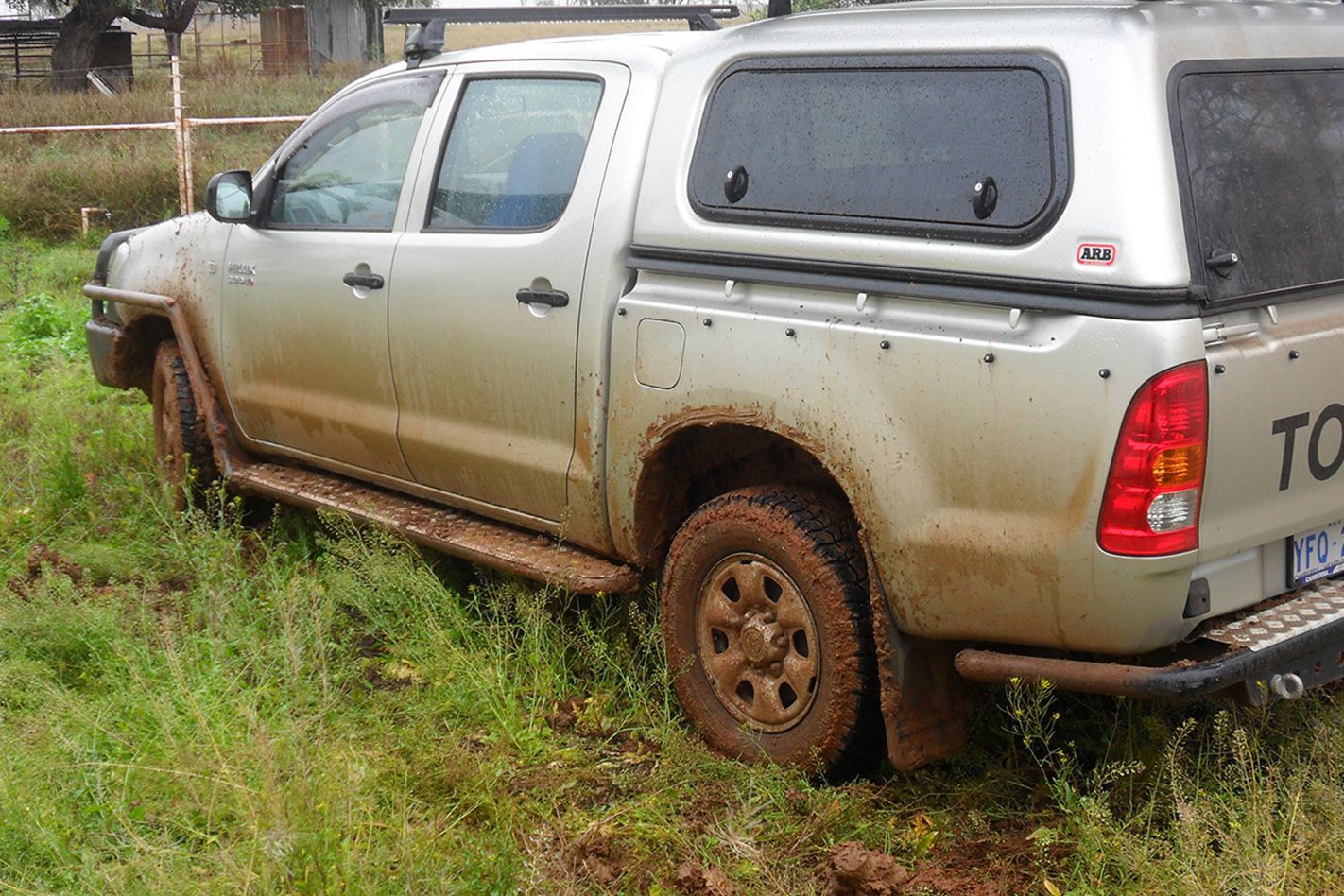 After you’ve driven through the automatic car-wash, go back around to the hand-washing bay. Point a water hose (preferably high pressured) down your chassis, or at least into one of the access holes along its length. Turn on the hose and watch the deluge.

The water will find its way out via one of the many holes and ports along the chassis length and I bet you it will be brown as mud. Because that’s exactly what it is.  It’s the dust from your last trip down the Oodnadatta, mixed with the mud from last weekend’s escape.

And if you hadn’t washed this out now, in the controlled cleaning environment of the car wash, the mud and dust (including the seeds and spores) could wash out on your next creek crossing. 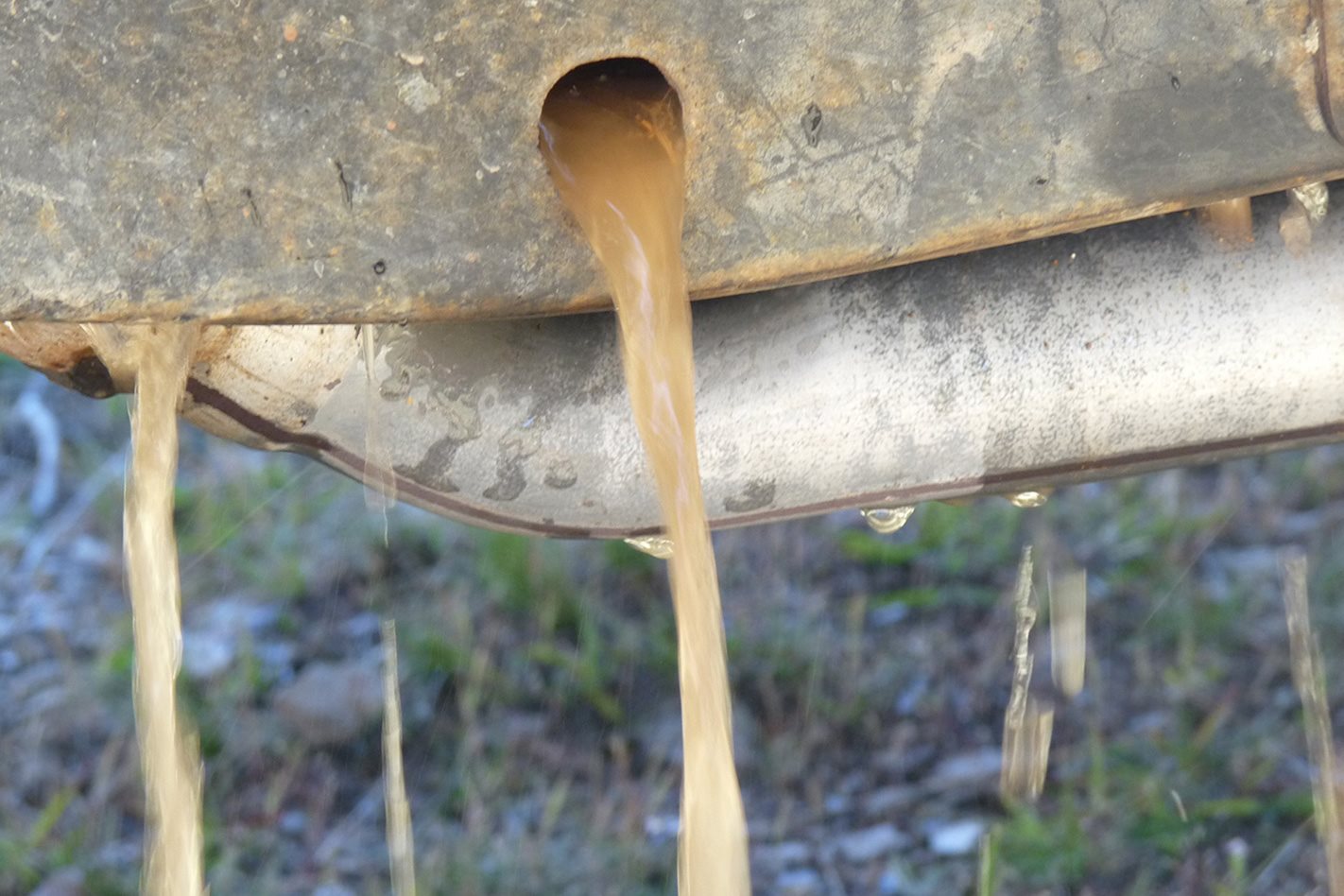 How would you feel, if it was you that transported a noxious weed from the southern regions of Australia, the whole way to Cape York, and for it to wash out from inside your truck as you crossed one of the many creek beds en-route.

You leave the weed to germinate along some lovely sunny bank so that, in 10 years’ time, it has suffocated every native and endemic species that actually belongs there, choking what was once a favourite fishing spot. 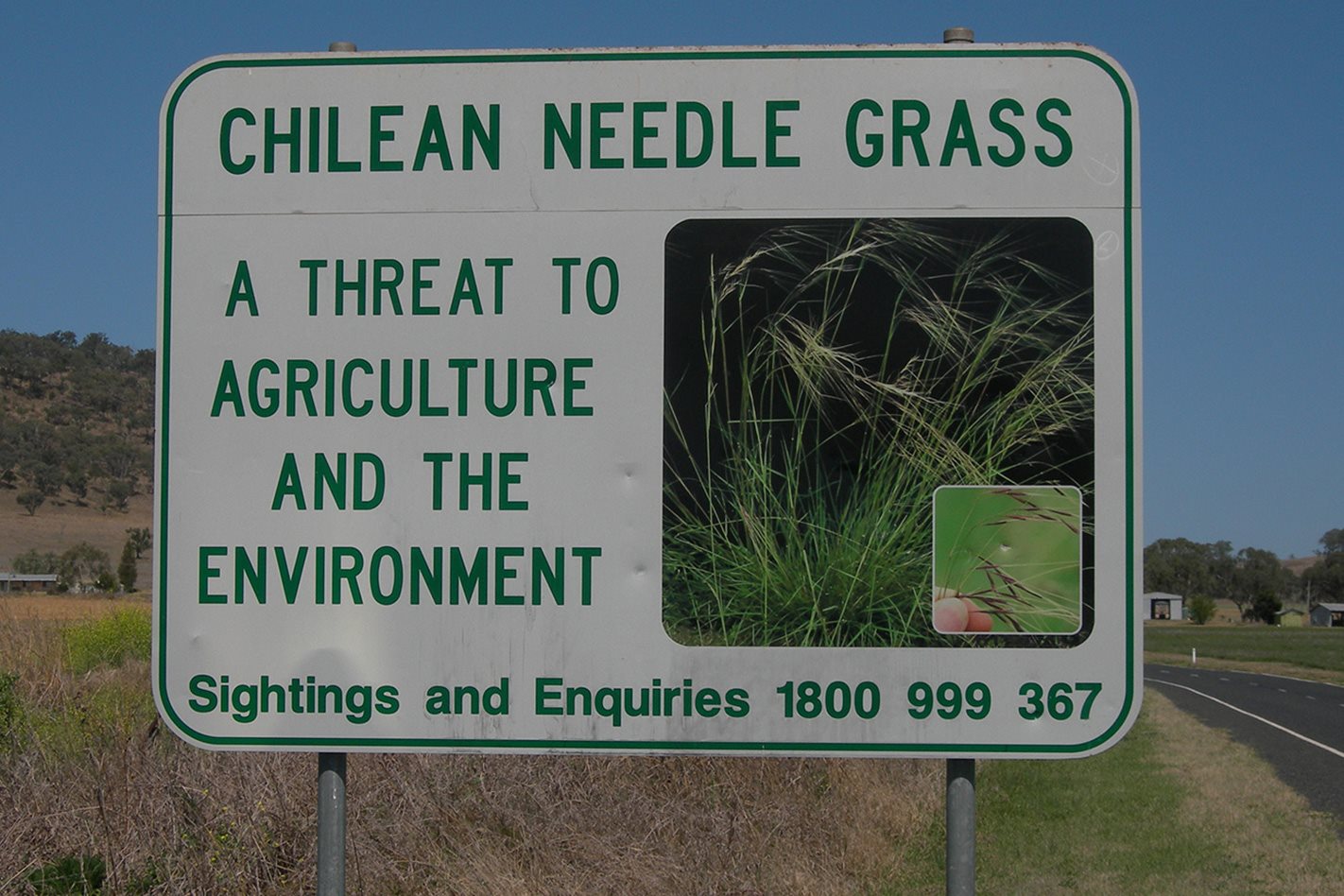 That’s $4 billion, just because of weeds that we know of in our agricultural community. This cost is then inevitably passed on to all of us via the price of fruit and vegetables, and the cost of the humble steak.

Our soldiers, sailors and airmen are well-attuned to these sorts of risks and take active measures to mitigate against them. Every time our military conducts an exercise in a different biological region, it conducts a ‘Weed and Seed Clean-down’ program. This involves washing down the vehicle so it looks clean and new. In my time observing this practice, if you are not as wet as the vehicle when you’re done, you’re not done.

Similarly, customs officers are continually on the look-out for such hitch-hikers on anything coming into the country.

How do you wash your car?

Based on their invasiveness potential for spread and environmental, social and economic impacts, 32 Weeds of National Significance (WoNS) have been identified by Australian governments. A list of 20 WoNS was initially endorsed in 1999 and a further 12 were added in 2012.

NATIVE PLANTS CAN BE WEEDS

Not all of Australia's weeds have come from other countries. Australian native plants can also become weeds when given the opportunity. This usually occurs when species are moved from within their natural habitat into new areas where they have a competitive advantage over indigenous plants, allowing them to establish naturalised populations. 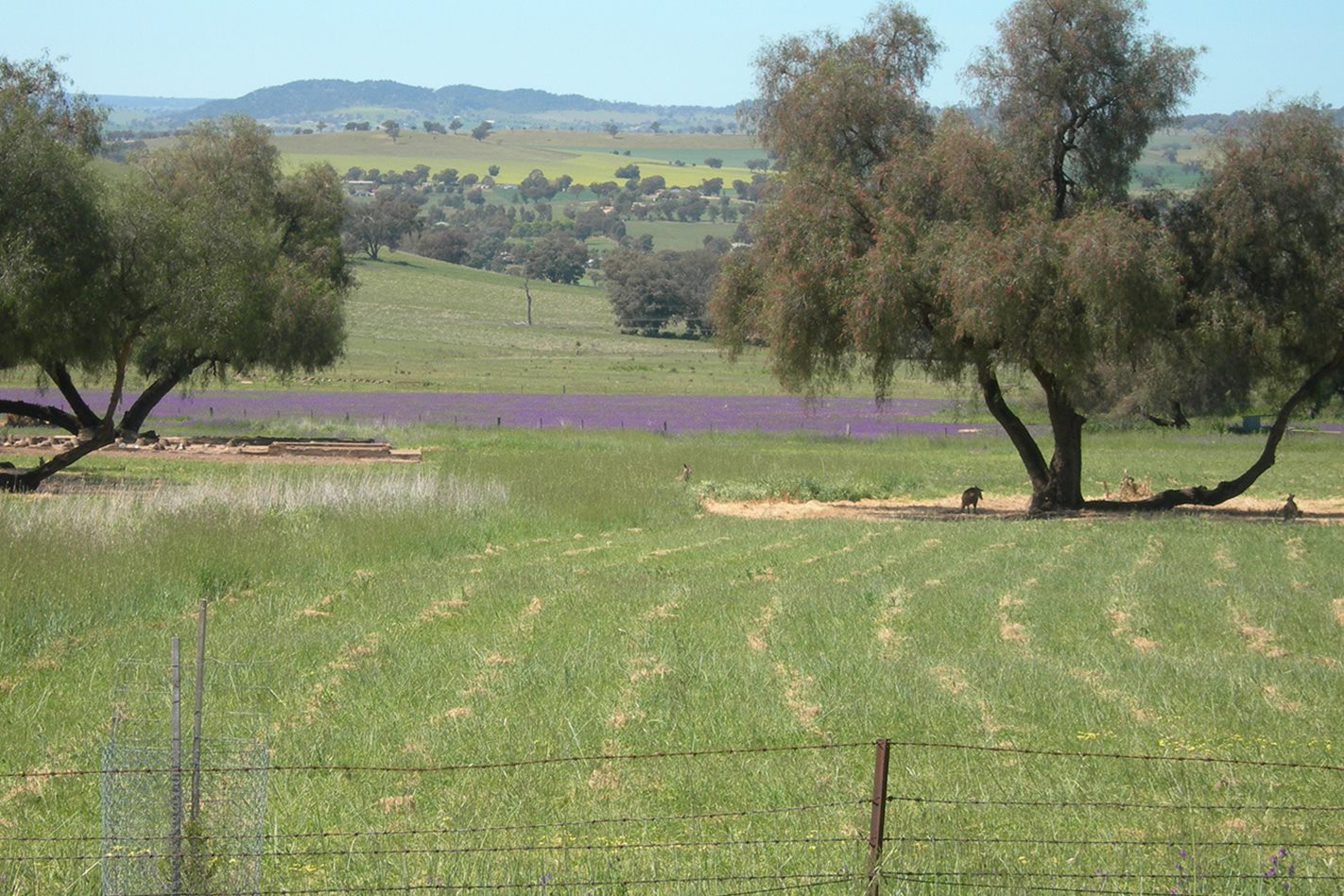 Native plants can also become weeds when characteristics within their natural habitat change, enabling them to better compete with other species and increase their population size and/or density.

All Australian states and territories have experienced native plant invasions. For example, in Victoria around 200 species have naturalised outside their native range. A common example of a native plant establishing itself outside its natural range is the cootamundra wattle Acacia baileyana.