LAST month I had a good old rattle catching up on the progress we made with Milo2.

But how come not much happened in the months before that? Right, here goes. It all started with an invitation to a wedding. Mark and Shay, friends of ours through the off-roading fraternity, were getting married after 25 years of thinking about it – at least I know I’m not the only one who can dodge a deadline... Naturally, my wife Karen was hanging out to go.

Girls love weddings and, to be honest, I figured this one would be a beauty from a bloke’s point of view. Anything that sounds like a party in Darwin is always going to be good! Mark is known to most people as eMDee, the didgeridoo player who’s wowed audiences around the world. 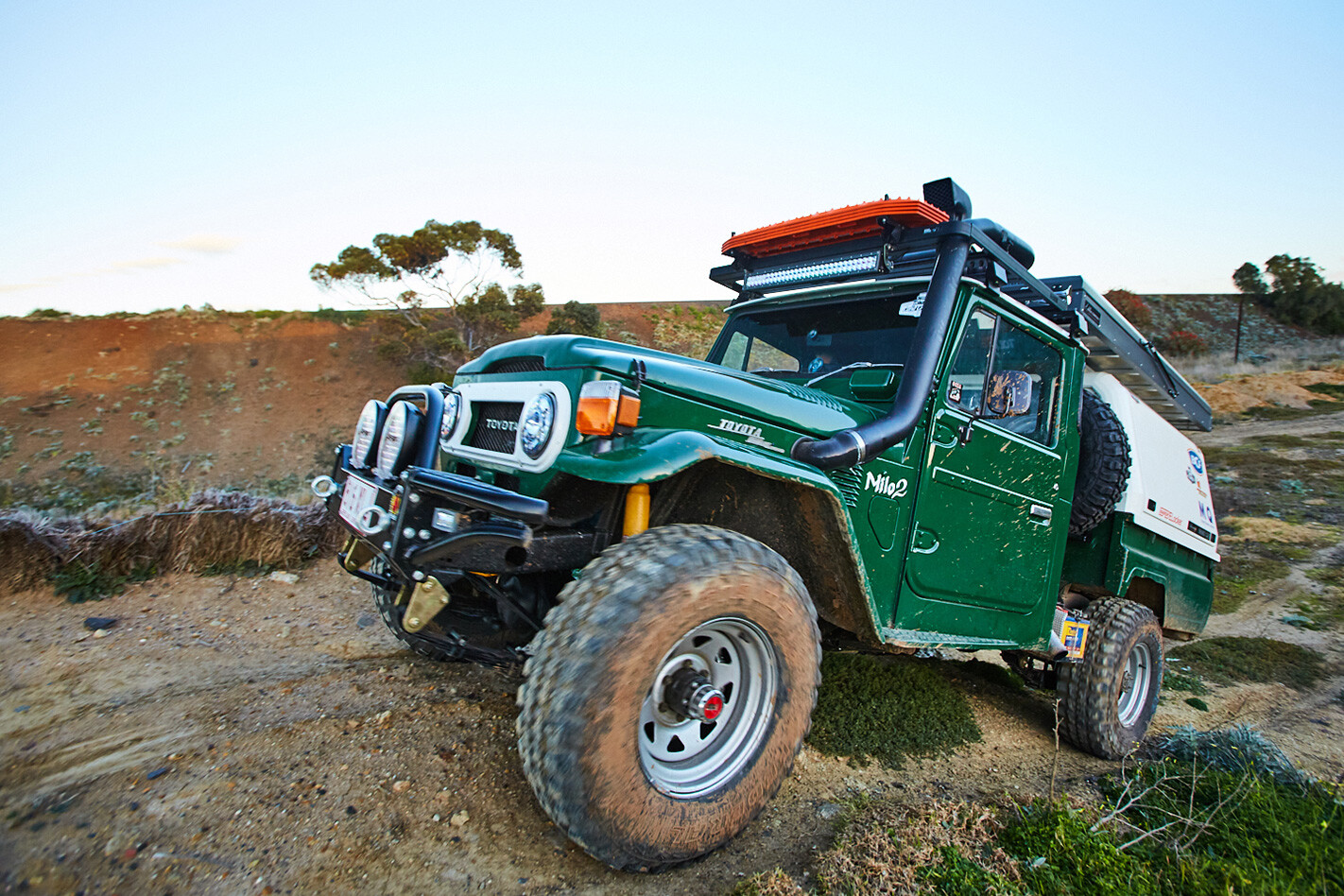 He’s an interesting bloke and his travels within the Aboriginal communities up north always fascinate me. I’ve got a lot of mates there, too, so every way we looked at it, we were going to go. But there were other demands – as always, work was getting in the way of life.

After almost 18 months of not shooting any fresh DVDs, there was a whole lot of pent-up demand. I’d spent a good part of that break catching up on Milo maintenance – after 20 years of constant abuse with a string of patch-ups, there’s still a truckload to go – but the business side of things demanded something be shot pretty soon.

So the dilemma was to fly to Darwin and have a week off, or go shooting footage? Maybe I shouldn’t have said that in front of the wife because she, dead-keen to get to this wedding no matter what, jumped straight in with ‘why not do both’? That grew into ‘let’s take Milo to Darwin and film the whole trip’.

And, seeing as we’d be up there in the truck, we figured we’d get Mark and Shay and the local 4WD mob to come out and show us a few tracks? Bingo, an idea was formed. I love my little truck and the thought of driving some big miles didn’t bother me the slightest. What did bother me was taking the wife, who’d never been farther than Stradbroke Island in Milo. That was when the kids were little and the old girl was still a petrol-powered Troopcarrier with floor mats and a tiny exhaust. If you haven’t had a close look at Milo in recent years, let me explain.

Driving on more than 750,000km of the worst roads in Australia has taken its toll. The little 13BT diesel is loud and throbbing – I wear ear muffs at highway speeds – and with a turbo next to the firewall it heats up the cabin, too.

There are holes in the floor to let the water out, and the only comfort feature left are a set of Black Duck seat covers and flaps that let air blow around your feet. None of this bothers me because, like Editor Matt, I cut my teeth riding motorcycles around this wonderful country of ours.

3
The wedding was right at the tail-end of the Wet, which made for some awesome adventures with my local four-wheeling mates like Ben in his modified GQ.

Just keeping the rain off your melon – well, some of it, she leaks a bit – a windscreen in front of your face and a seat you can move around on makes pulling 1000km days in Milo infinitely more comfortable than doing the same on a bareknuckle trail bike.

Maybe there was a selfish tinge of ‘it’ll serve the wife right to get a dose of how hard I work to make a living’. I’ve been on the road almost half of the child-raising years she’s spent at home dealing with nappies, dance classes and footy training, and more than once it’s been a competition to see who’s worn out the most when a trip’s done.

The worst thing is, sometimes a really tough bush trip can look like a never-ending round of pub meals and beer when the receipts are being tallied. It gets worse when the photographer sends his shots over and the mud and dust you remember eating is transformed into magnificent views and wonderful places.

Yes, I did have a habit of whingeing a lot when I got home; usually I’d be tired and sick of looking after myself. It’s a bloke thing. Maybe it’d be good to share it after all those years of doing it on my own. Anyway, I knew if we were filming we’d need a camera car for the team, so she could always bail out and travel in air-conditioned comfort.

3
A few days after Penny was a bridesmaid at the wedding, she’s seen here dumping the family 80 into a huge ditch! It was worth it, though; that track is named ‘the Penny Drop’ now.

So, plans were made. Westpoint and Jeep came good with a Grand Cherokee which, with its leather, air-con and cruise control, underlined what a primitive little earth-moving machine Milo was.

My mate Simon wanted to bring his 61 Sahara, so before the sun came up on a cold Brisbane morning our little convoy climbed over the Toowoomba Ranges and headed due west. Talk about adventure bound! How did she go? Do you mean the truck or the wife? Same time, same channel folks. I’ll let you know next month.

But boy, did we have some adventures. So much so, when we got back we had a huge task of just cutting down the footage – we still finished with two DVDs instead of one.

I guess the big question is ‘will Karen want to go on more trips in Milo?’ I still don’t know, but I’ll let you know when she’s talking to me again...