SO LAST month I diddled around fitting the clutch and getting the gearbox built, and this month we’re talking about Milo2’s maiden run – that’d be a worry if it wasn’t pretty much how it unrolled in real time.

Why? I’m the sort of bloke whose life has been dictated by deadlines. I got through college – it was free in the 1970s and they’d take anybody – by waking up a day or two before the exams.

Then life was ruled by the seasons during my bush days, where we had to get machinery ready for the summer’s gold prospecting and then change everything for winter’s opal hunt. Then there were the 30 years or so making a living out of magazines, where to miss a deadline just wasn’t on. 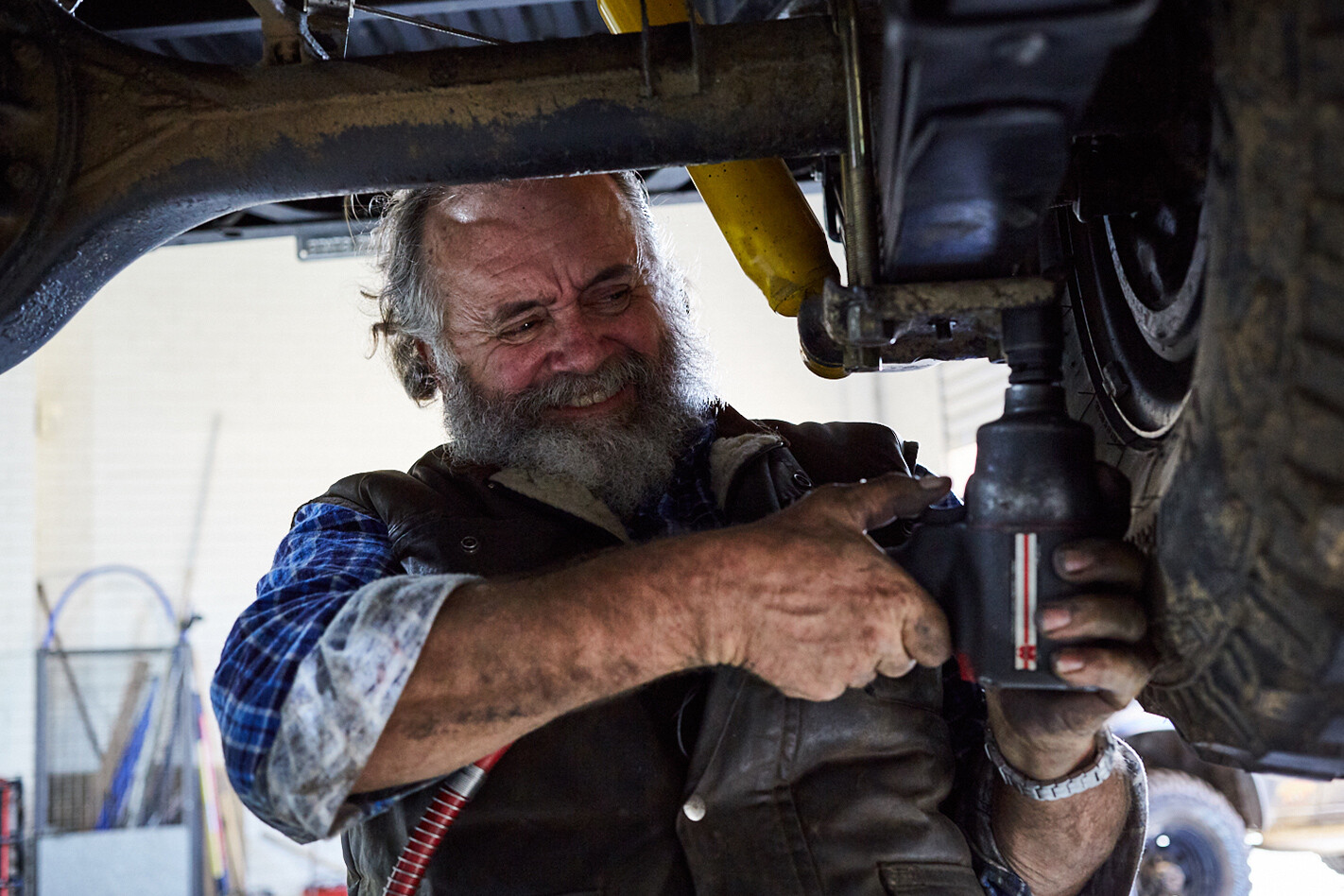 I can hear Editor Matt chuckling about now, seeing as he still hits me with a stick to get his words most months. Milo2 got to a critical stage. I had most of the bits back home, the chassis rolling thanks to the two Nicks up at OL Sunshine Coast, and Terrain Tamer had rebuilt the engine, gearbox and transfer.

Building a 40 Series is hard in one sense because they’ve all been flogged mercilessly, but it’s also easy because you can get most parts brand new – and improved, thanks to Alan Gray and Terrain Tamer. After 50 years in the parts business, they know what breaks.

Getting everything together wouldn’t have been possible without Mr Land Cruiser Paul Reid, either, because a project like this needs a mate with a heap of wrecks. Paul and I are also both members of the Classic Land Cruiser Club of Queensland.

It doesn’t matter what you’re trying to do, someone’s usually done it before. Like fitting that 12HT, which was made a whole lot easier thanks to constant messaging with fellow CLC member Chris McConnel, a diesel-fitter on mines machinery when he’s working, and a builder of tough 40s when he’s not. It was Chris who said a 12HT and five-speed would fit using the right combination of standard parts – no welding, no fabricating and a lifetime of easy ‘stock’ replacement parts. That’s a huge win. All I had to do was put it together, but after a couple of years mucking around I knew that meant a deadline.

With a month or so to go before the Melbourne National 4x4 Expo, my mates figured that’d be the whip I needed. Simon (my 60 Series driving mate), and mutual friend ‘Smart’ Richard, were going to lend a huge hand, and Jason, another old Tojo nut and FIFO (fly-in fly-out worker), lent his spare days, too.

The driveline was finished and, after mucking around with a few cabs, we finally bolted down an ’82 ute body. Then the whole plot went on a trailer – aptly towed behind my mustard 45 Series – up to the Bush Company on the Sunshine Coast, where owner Dean fitted one of the 79 Series tubs he imports from South Africa.

The plan was to complete that with a Rhino canopy – the all-aluminium tops The Bush Company manufactures in Australia. They’re so strong I figured I could do without the rollcage – those bars suck up the space in a 40 Series cab. Dean got Hylton from Flying Paint to paint the tray back Milo Green, but when Hylton saw the ‘standard’ of my previous paintwork he wouldn’t let that blue cab go without working his magic. Meanwhile, Jase fitted soundproofing and mats from Aussie company Tru Fit, and Smart Richard didn’t let me get away with my usual shoddy bush mechanic-style work. Bugger.

We wound up bleeding brakes and bolting in seats at 3am on the Monday morning, just a week before the show. By breakfast Milo2 was registered and I was on the road to Victoria. A day and a half and a couple of thousand kilometres later, my old mate Alan Gray checked her out at Terrain Tamer HQ in Sunshine. We did a full service, and then took her on a few laps of the test track just for fun.

I think I could have slept for a week about then. We’d made it in an unproven rig, with a whole lot more to do to finish her off. But Milo2’s on the road, a deadline was met, and the world’s a better place for having another old truck restored and ready for another round.