How well would a self-driving car have coped with your commute this morning? Yeah, thought so …

I’M THINKING of investing in one of those wearable sandwich boards so I can go forth, possibly naked, and proclaim the ugly truth for all to see – “The End is Nigh”.

Not because of Trump, or Hanson, or even the crushing weight of our nanny state; no, I mean it’s The End for car enthusiasts, because I’ve just spent press day at the Paris Motor Show, where car companies are quite cheerily prognosticating the end of driving as we know it.

Audi has announced it will sell a Level Three, “look mum, no hands, and I’m reading a book” autonomous production car, not next decade but next year.

Board member Dietmar Voggenreiter says the new A8 will revolutionise the world, wipe out road deaths entirely and eventually lead to a way of life in which humans don’t drive at all, and steering wheels, gear shifters and pedals are only to be found in car museums. 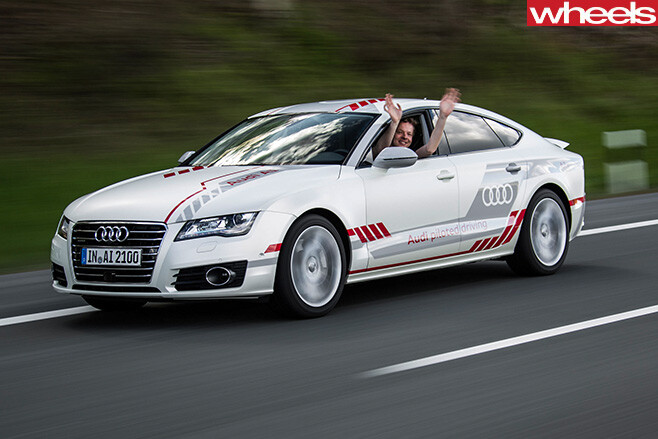 He had the good grace to look slightly embarrassed when he told us about it, but he also had the air of someone who had known this was coming for a long time, and felt like you were a bit dim for not having worked it out yet. A bit like when someone has to explain the end of The Sixth Sense to you.

As is often the case, we have no one to blame for this but everyone else, as Nissan/Renault CEO Carlos Ghosn pointed out in Paris.

“This is something all manufacturers are working on for the simple reason that it appeals to the consumer,” he said.

“Consumers are saying autonomous is something that we like, particularly when provided with connectivity so we can be doing something else in the car. It’s not going to be just on the highway, it’s going to be in the city, and most of the car companies will be there around 2020, I maintain that will happen. It’s just about it being accepted by regulators in big cities like New York, Paris and Mumbai.” Ghosn, of course, is the kind of bloke who’s so powerfully convincing in person that within an hour he could probably talk Tony Abbott into believing in climate change and gay marriage, so when he tells you it’s happening, you feel sure that it is.

Similarly, Ford’s recent announcement that it will go driverless, and steering-wheel-less, by 2020 made it all feel more real. Premium companies are always showing off amazing tech tricks, but now even the Model T blokes are at it.

The fact remains that many average punters who don’t go to the Paris Motor Show press day, don’t accept that it’s inevitable. My wife, who, despite her inexplicable choice of life partner is fairly normal, simply thinks I’m talking my usual poppycock when I try to convince her that autonomous cars will put me out of a job within 20 years. Or at least make it very boring.

Her main argument, which I’d had trouble fighting with until today, is that legally no car company is going to take responsibly for the potentially enormous payouts that would occur if their self-driving car killed or maimed someone. 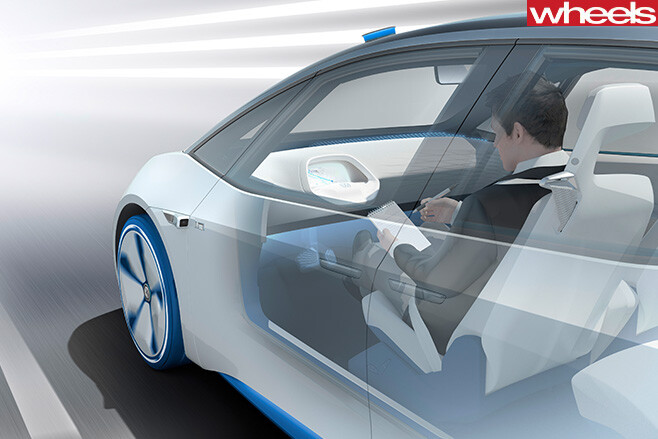 But now they are saying they will, as Voggenreiter insists.

“If you take over responsibility and allow the drivers to take their hands off [the steering wheel], then you [the car company] are responsible,” he told us.

“This is the legal situation, it’s not big news. If we take the wheel and the driver is allowed to sit there and write emails, then we are responsible.

“Next year we will open up the world of autonomous driving in a real way, with the new A8.

“When you’re driving on a freeway in a normal urban situation, at speeds of up to 65km/h, you’ll be able to take your hands off, and the car will do the braking, the accelerating, the changing lanes, and you can really read a book or whatever you want to do.”

The only remaining hurdle, then, and you can bet it’s going to be higher and wider than Donald Trump’s wall when it comes to Australian governments, is the acceptance of the technology by authorities. 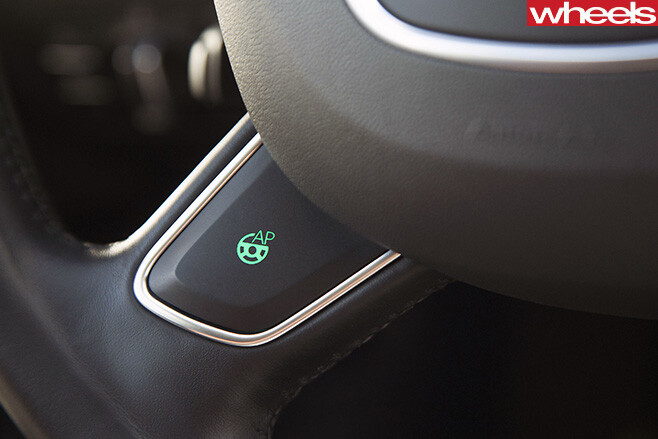 Audi might be willing to pay, financially, if things go wrong. But it’s the politicians who face the prospect of being skewered by the voters for letting it happen who might think twice, or 100 times, before letting this admittedly ingenious Audi A8 out on to roads where 90 per cent of crashes are typically caused by fallible human beings. Audi Australia is already talking to the regulators and is faced with the problem that these laws can be made on a state-by-state case, so the NT might say yes, but Victoria will almost certainly say no. It could be the railway gauge debacle all over again.

Both Audi and Renault believe the Americans are ready to go with autonomous laws, and Germany is reportedly friendly to the idea, but some countries may hold out for some time.

As Ghosn points out, in some cases this might be a good thing.

“Obviously you need to go into countries where the maps are very exact, where you have the cartography right down to the centimetre, but you also have to have driving rules that are respected, because autonomous cars follow the rules,” he said. 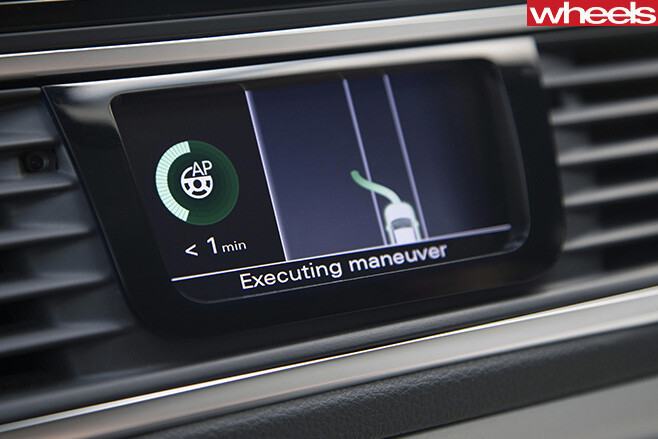 “In Brazil for example, at night no one stops at red lights, that’s just accepted. But the autonomous car will stop, because it’s the rule, and you can imagine the number of accidents that will happen if it’s the only one that stops.

“Or in India, where people sometimes go the wrong way around roundabouts. You can’t put an autonomous car somewhere like that.

“You have to have a country where the rules are respected. So I think mainly it will happen first in very disciplined driving countries, like Japan or France or Germany.”

Funnily enough, even his own autonomous-driving engineers (Renault has said it will deliver 10 new cars with “delegated driving abilities” by 2020), who looked deeply intimidated when we told them what Audi had announced, because they admit they’re still years away from Level Three tech, say that some of the intersections in Paris are utterly beyond self-driving cars. “You’ve seen the traffic around the Arc de Triomphe, it’s quite famous, an autonomous car would not cope with that; it would just stop,” Renault’s chief geek told us.

So there are still issues, clearly, but the Germans, in typical style, are not concerned about them, and are driving straight over them. As VW Group’s tech leader, it was always going to be Audi that paved the way, but you can bet it won’t take long for the technology to trickle down into a Volkswagen Golf.

Volkswagen has announced its vision of a world with zero road fatalities, and Voggenreiter agrees that it is a very real possibility, once autonomous driving gets to Level Five – no steering wheel, no pedal, no stupid humans on the road at all.

It sounds fantastical and far off, but when you hear the people who need to start planning for this now, because they’re already and always working on cars we’ll be driving – or not driving – in five to seven years talking about it, you know it’s not. It’s very real indeed.

The End is Nigh.