Reflecting on the life of a legend - Opinion

Michael Stahl reflects on how Gilles Villeneuve has impacted his life, 35 years after the F1 legend passed away

IT DAWNS on me that Villeneuve, father of 1997 world champion Jacques, is now to most people a Clark, a Castellotti or an Ascari; the semi-familiar name of some distant, dead driver.

First published in the April 2017 issue of Wheels magazine, Australia's most experienced and most trusted car magazine since 1953.

The month of May also means it’s been 15 years – Jesus – since I made a pilgrimage to the Belgian circuit on the very day, May 8, of the 20th anniversary.

I wrote a story about that, which a couple of friends still say is the best thing I’ve ever written. If you haven’t read it, and know nothing – or even everything – about Gilles, do me the honour at wheelsmag.com.au. 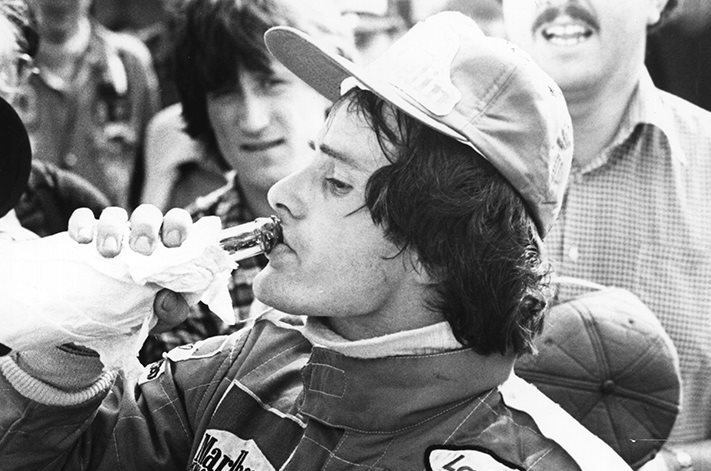 There have been new developments in the Gilles Villeneuve story since then.

Well, at least my part in it.

On that day of the 20th anniversary, I met a new friend. Armand, a Dutchman three years younger than me, was the only other person there.

Armand had been at Zolder in 1982 on the Friday, watching his hero in practice. But he’d missed Saturday’s fateful qualifying.

Armand had returned to the Terlamenbocht corner at 1.52pm on every fifth anniversary.

There had never been anyone else there, until I showed up.

As I’d written 15 years ago, the trip to Zolder turned out to be a celebration of a unique life: our own. Armand and I stayed in touch, emailing every May 8.

I wrote about him in this column five years ago, when he bought a Goodyear racing slick purported to have been used on Gilles’ 126C2 at Zolder. I was able to help him get his tyre’s cryptic crayon markings verified.

By then, we already shared something special of Gilles. In 2007, Armand had gone as usual to Zolder on May 8 and was sad to find the place locked.

He crawled under a fence and, as usual, went to Terlamenbocht.

In the forest there, he inspected the modest marble plaque that had been mounted there in 1982 by a local stonemason. 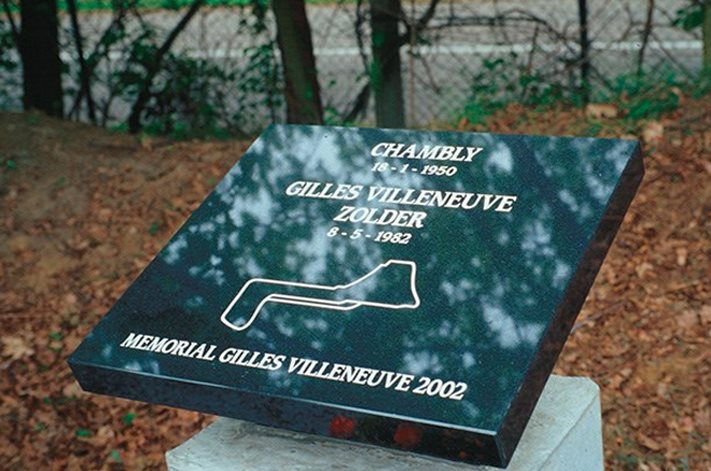 I had seen this plaque; I knew of it from magazines 20 years earlier. In 2002, it was cracked, half-missing and mostly overgrown.

Five years later, Armand found just one large corner of it remaining … and decided to rescue it.

His first thought was to send it to the Musee Gilles Villeneuve, in the Canadian driver’s home town of Berthierville.

But he wanted my opinion on another idea: “I want you to have a piece of it, and the other part, I will put it in a special place in our house … Nobody else takes any interest in the plaque and it will be in the hands of two real Gilles fans.”

And so, in our opposite hemispheres, we each held our piece of the plaque.

In 2013, Armand made his first visit to Canada. We agreed that the plaque pieces should be reunited and preserved at the museum. After a selfish six years, I packaged my sticky-taped segment and sent it to Berthierville. 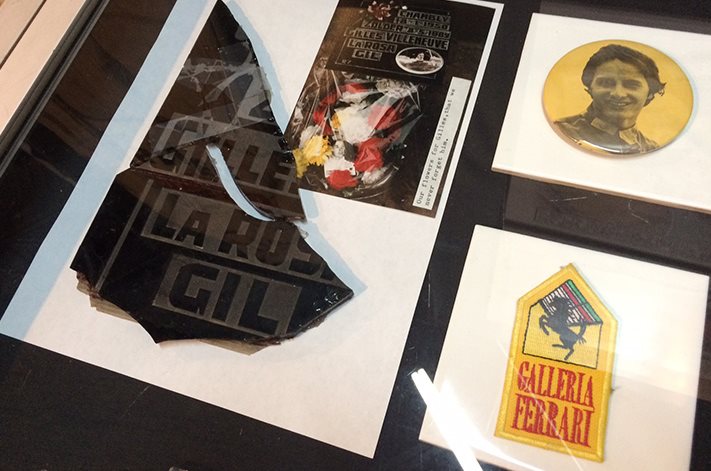 I didn’t hear from Armand last May and his old email address bounced.

But last week he wrote to me.

Armand spent most of 2016 recovering from surgery for a brain tumour. He’s in a new relationship, his 13-year-old son is already taller than he is, and we now have Max Verstappen and Daniel Ricciardo to argue over.

I’m celebrating my friend’s unique life and the fact that he’s in mine.