Americans, possibly not the smartest people on the planet if recent events are anything to go by, are talking about raising their speed limits, while we’re having serious debates about lowering ours even further (because it will speed up traffic, apparently). We really are through the looking glass, people.

When a US state famous for growing potatoes, populated by people who look like potatoes, and ruled over by a President who makes Elmer Fudd look like a clever spud starts making more sense than your entire country, things are truly grim. Grimmer than Barnaby Joyce’s angry face.

In the same week that Australian professors were seriously suggesting we’d all get home sooner if we dropped our limits from 110km/h to 80km/h (and, presumably, that ripping out all your teeth in the hope that the Tooth Fairy would make you rich was a good idea), legislation was introduced by Idaho State Representative Lance W. Clow that made actual sense.

The Right Honourable Mr Clow - a man with a smile as wide and empty as the mid-west - has suggested a law that would make it legal for people to exceed the posted speed limit by up to 22km/h while overtaking other vehicles on a two-lane road. 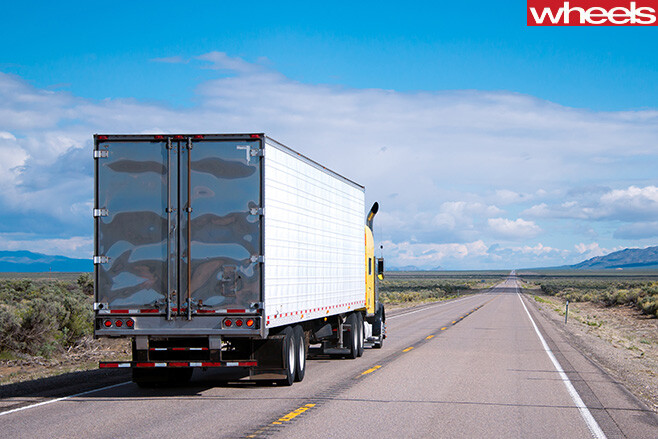 It will also allow drivers “a brief amount of time to return to the speed limit” once the pass has been completed.

Now, this might seem as obvious as the fact that Donald Trump’s hair was originally made for a Muppet, because speeding up to overtake a slower vehicle means spending less time on the wrong side of the road, which is safer.

But as a helpful NSW Highway Patrol officer once explained to me - while booking me for doing 112km/h in a 100km/h zone in the process of overtaking a slower, and erratically driven vehicle - in Australia, overtaking is effectively illegal, if you have to exceed the speed limit to do it. Indeed, in Victoria it may well be punishable by death.

I was told, loudly and forcefully, that if I had to go faster than the posted limit to overtake, I should just be more bloody well patient and sit there and wait. Because speed kills. Except in clever old Idaho, where it can be used expediently.

A National Highway Traffic Safety Administration report in the US, quoted by Mr Clow, even simply states that: “The danger occurs largely from the passing vehicle occupying the opposing lane of travel, making sufficient passing sight distance critical in such a passing situation.”

Another study, by the University of Texas, found that overtaking maneuvers “with the greatest amount of acceleration and initial speed resulted in the fewest collisions”.

I’m not sure what’s amazing about this, that it required a university study to prove it, or that Texas has a university. 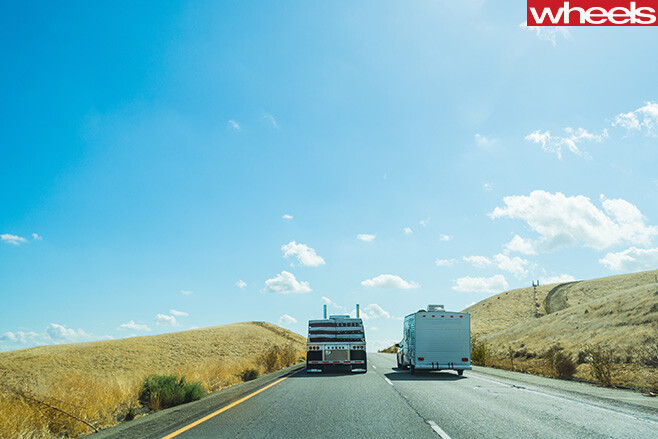 Meanwhile, our own Professor Peter Rayner, an atmospheric scientist at the University of Melbourne has told news.com.au - presumably with a straight face - that lowering our limits could reduce traffic, air pollution and get you home faster.

“By being patient and sitting in one lane travelling at 80 you may surprise yourself by getting home quicker,” Professor Peter Rayner says.

The hugely alarming article went on to point out that “previous plans to cut speed limits have been abandoned after a barrage of criticism”. Thank goodness.

Professor Rayner also suggested that we’d all benefit if humans drove more like autonomous vehicles, and that our current, too-high limits (already stultifyingly low compared to Europe) are actually slowing us down.

“If you have an upper limit of 100km/h, some people will be doing 90km/h, so drivers will be slowing down to stop bumping into each other and there will be the temptation to change lanes (which) makes flows less efficient,” he mansplained.

“If you have a lower speed you can stop all the shocks in the traffic flow and have a nice smooth flow. It seems counter intuitive but having variable speed limits for different volumes of traffic can mean the (overall) top speed actually improves.”

To be fair, he is right about one thing - what he’s saying is counterintuitive. Going slower is, unless Einstein and Newton were wrong about a lot of stuff, slower.

It’s fair to guess he’s probably against overtaking as well, on principle, because it would affect his precious and fantastical traffic flow.

With our law-makers’ current and long-lasting fear of and hatred for speeding of all kinds, the kind of legislation being proposed in clever old Idaho, and the very idea of anyone ever being allowed to drive 22km/h over the limit, even for their own safety, is about as likely to be discussed as laws to make cannabis legal for public use. Which is something California, the world’s fifth largest economy, voted to do on the same day the rest of the country was voting Trump in last November.

Truly, when Americans - who’ve also legalised gay marriage, let’s not forget - make more sense, and seem less dim, than our own beloved Australia, it really is time to start wondering whether our lives have become an episode of The Twilight Zone.