Just how hardcore is the Porsche 911 GT3 RS? It laps the Nürburgring faster than any other production 911

Do you want to know what’s my favourite aspect of the insane Porsche 911 GT3 RS?

This review was first published in MOTOR's October 2004 issue.

No, it’s not the 280kW pumping from its wailing 3.6-litre boxer six. It’s not its sticky Pirelli Corsa cup tyres either. It’s not the roll cage or the fire extinguisher; and it’s not even its outrageous carbon-fibre rear wing. 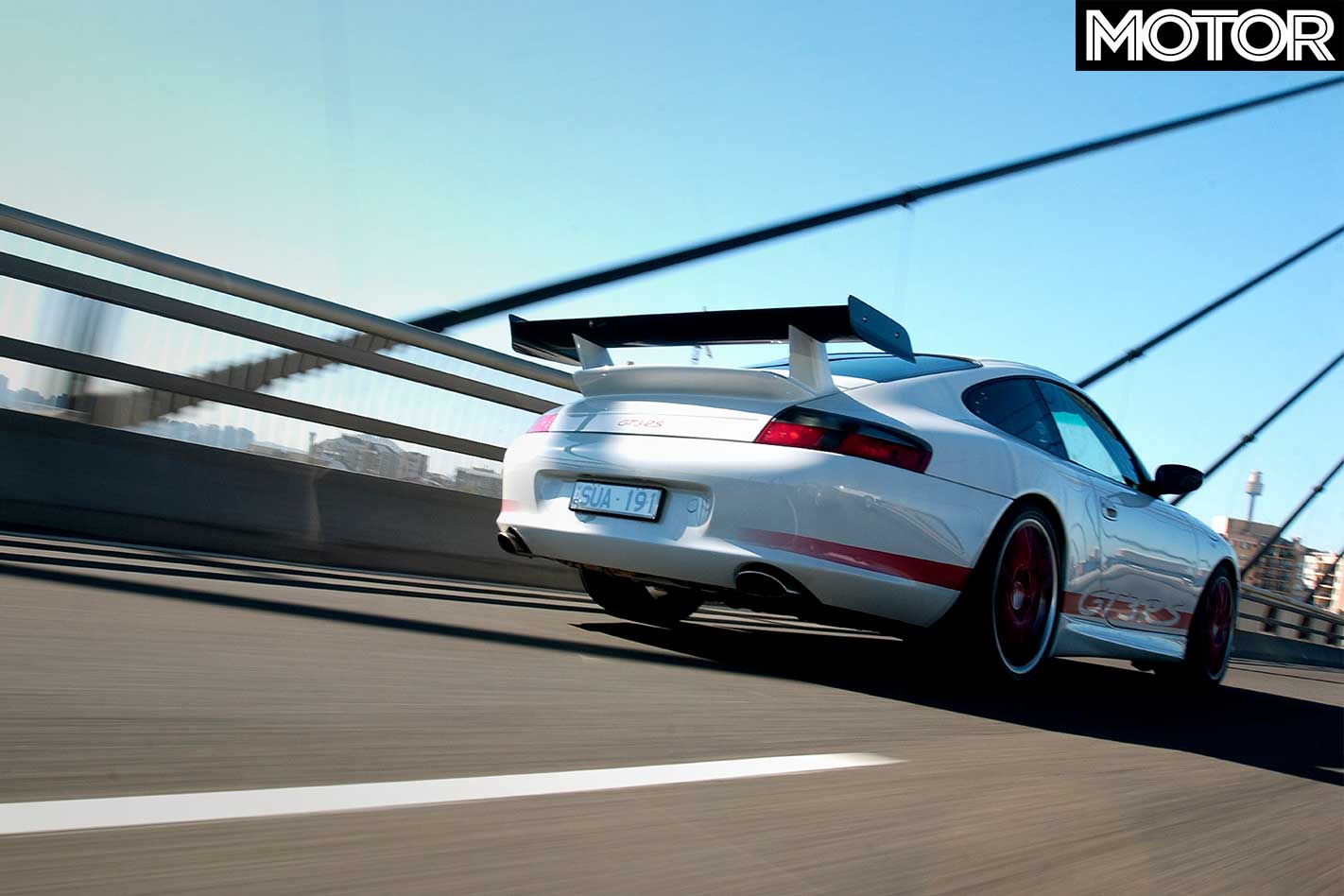 Nope, my favourite bit of this RS is the stickers. And not even the big, blood-red GT3 RS decals that dominate the flanks – although they look terrific in a 1970s retro way. I’m talking about the stickers in places where you’d usually find a couple of metal Porsche badges.

That’s how serious Porsche engineers were about weight reduction for this barely disguised race car for the road. Besides saving a few grams, the flat adhesive Porsche shield stuck to its nose also created the added aerodynamic benefit of uninterrupted airflow over the GT3’s Carrera White bonnet.

While its decals may be the exclamation point on the weight-loss scheme, they are by no means the only steps taken. That front sticker has been slapped onto a carbon-fibre bonnet, which has been left in its beautiful, raw, just-out-of-the-autoclave state on its underside.

Then there’s that monster rear wing atop the engine lid. Not only does the stunning carbon plane provide real downforce – the whole RS aero package faithfully mimics that found on the Carrera Cup racers – but the entire bootlid and wing assembly could be lifted with one finger. Beneath the larger wing sits a smaller ducktail, very similar in profile to the famous one found on the original 1970s RS. 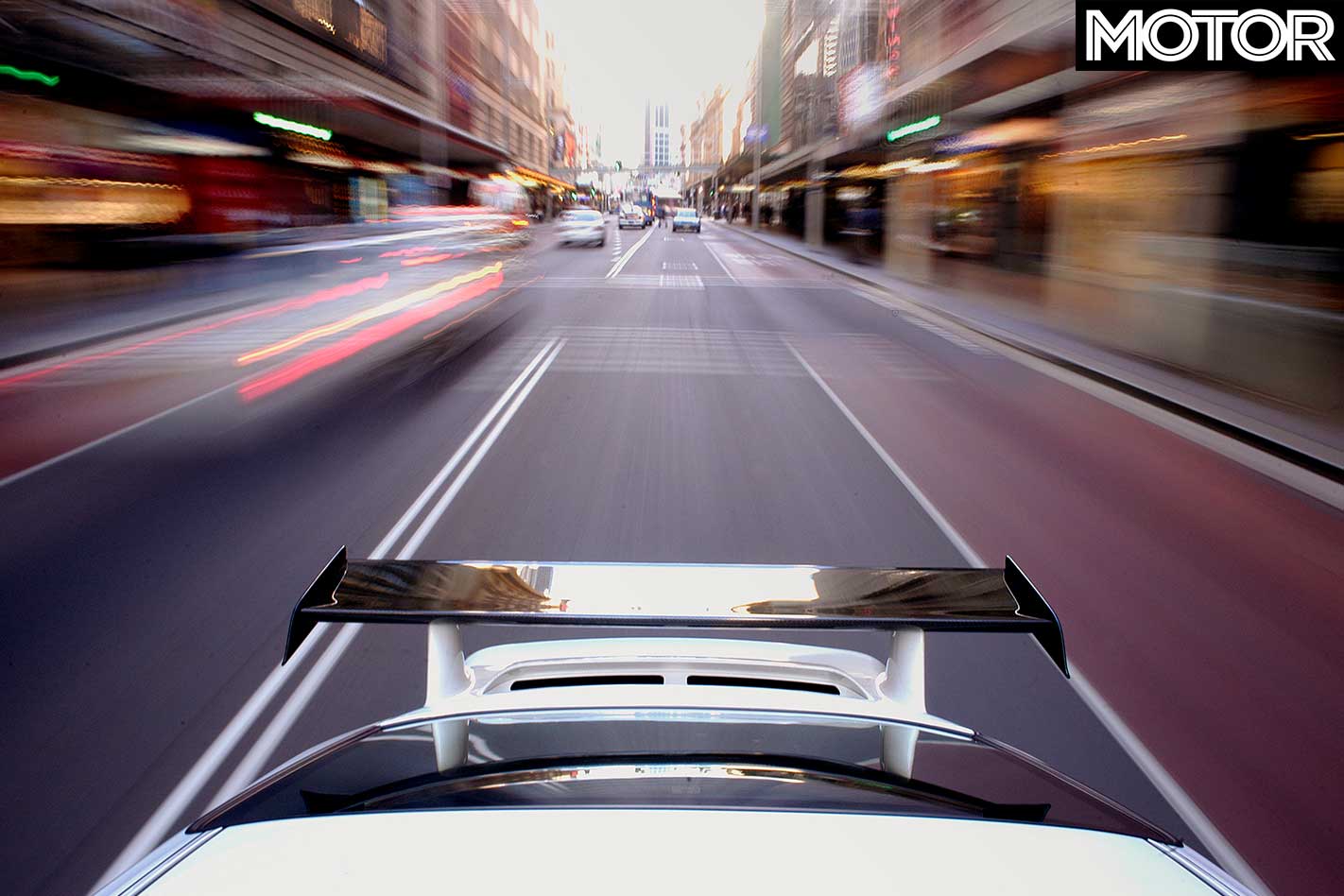 Finally, the glass rear screen has been ditched in favour of a Perspex number. Not only does this save weight – and you might be surprised, but windscreen glass is very heavy – the plastic rear screen allows better access to the guttural howl from the highly strung flat-six.

Of course, the plastic screen is no longer heated and it wobbles about a bit at speed, but if you’re worried about those sorts of details in a car like the RS, you’re probably reading the wrong magazine.

All up, the RS version is just 20kg lighter than the road-trim GT3, but an impressive 50kg slimmer than the roll-cage-equipped Clubsport model. So, with the same 280kW power output across the GT3 range, the 1360kg RS steps into the ring packing a weight-to-power punch of 4.86kg per kilowatt – genuine supercar numbers. 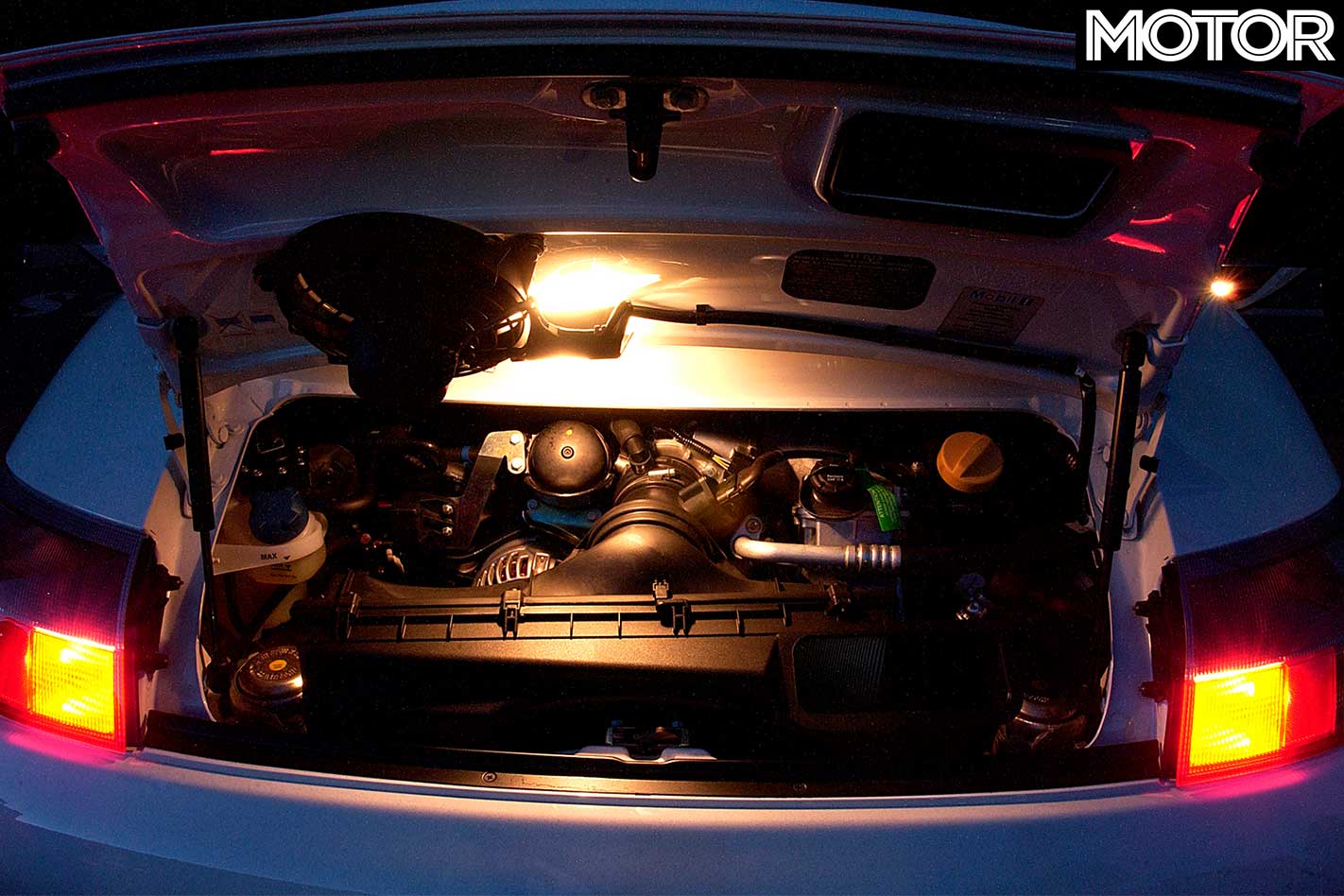 In short, the latest in the line of legendary stripped-out RS 911s is a serious bit of kit. It takes no prisoners and suffers no fools. Pedestrians hear its gruff boxer bark and know it; other motorists know better than to carve it in traffic; cops don’t want to know about it, and even the over-inflated egos of boy racers know not to mess with the RS. But it’s the driver of this latest Porsche weapon who most needs to earn the respect of the RS.

The GT3 RS is the automotive equivalent of a hard man, the kind of bloke you want on your side if something breaks out in a pub, but who may actually be the one causing the trouble in the first place.
Cross the RS, and you will know about it.

Few cars can match the sense of occasion you get by dropping your bum into its full-spec, wrap-around, fire-retardant Recaro race seats and gripping the alcantara-trimmed steering wheel. There’s a huge fire bomb taking up residence in the passenger-side footwell, and a six-point harness for the driver. 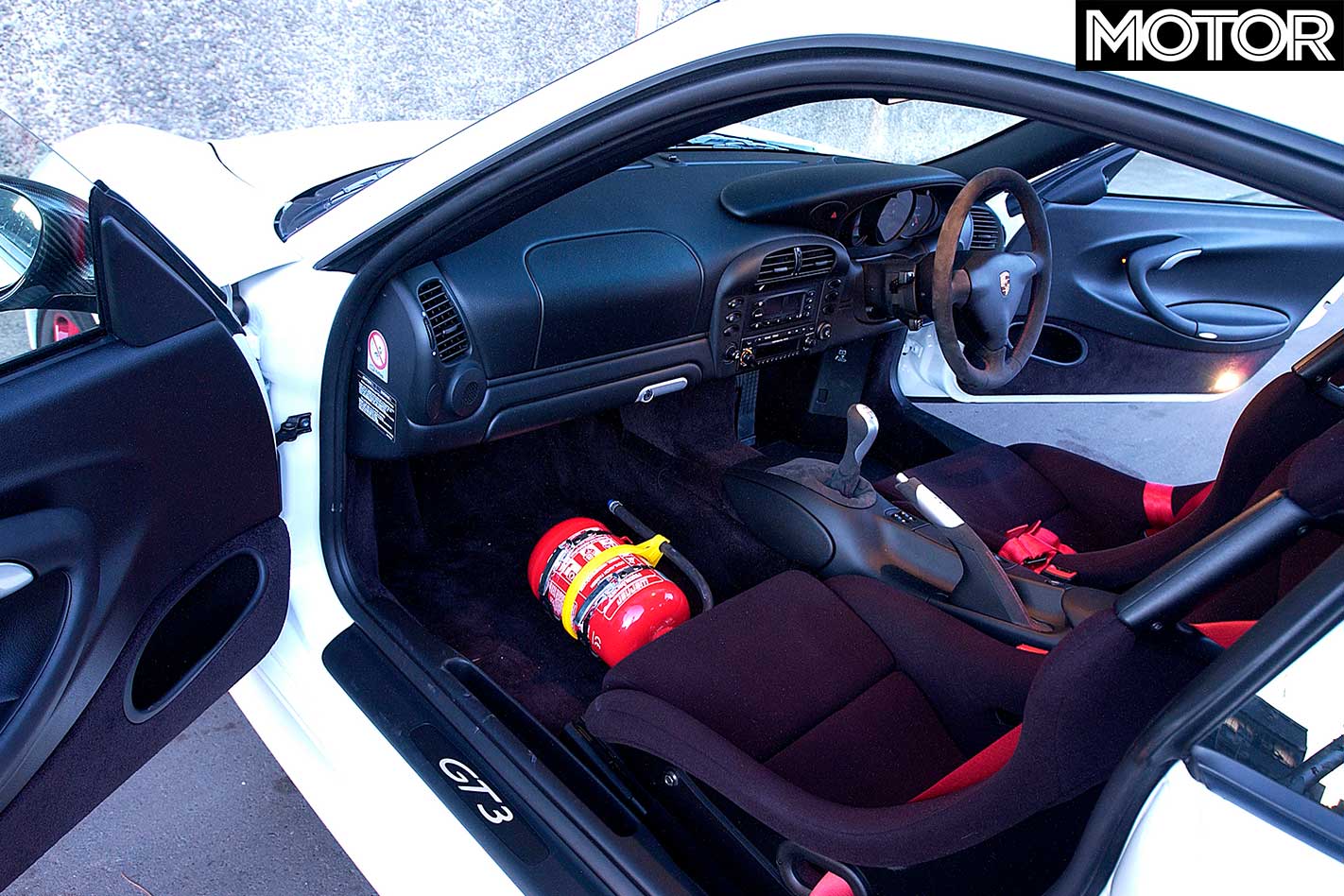 The harness and regular belts are colour-matched to your exterior sticker and alloy wheel option, red and blue being the only choices over the standard Carrera White. This is real turn-key racing.

The regular road version of the GT3 stunned me with its launch and acceleration capabilities, but the lighter, more hard-core RS floored me with its crushing ability to blast off the line and arrive at the 400-metre finishing line after just a dozen seconds.

When performance-testing a car, especially one as seriously fast as the RS, I like to work my way up to its pace, just to make sure everything’s ok with it, the track and me. So, when a reasonably conservative launch and some tentative shifting netted a 4.6-second 0-100km/h sprint, I had to check the Correvit wasn’t playing tricks on me. All systems go.

If you’re too quick with the clutch or feed in too much throttle too early, there’ll be a slew of wheelspin as the 295/30 ZR18 Pirellis struggle to transmit the GT3’s 385Nm of torque. Even with exactly the same drivetrain, the RS is harder to get off the line than the road-trimmed GT3 we tested in the August issue, and so requires more concentration to get a clean and quick getaway. 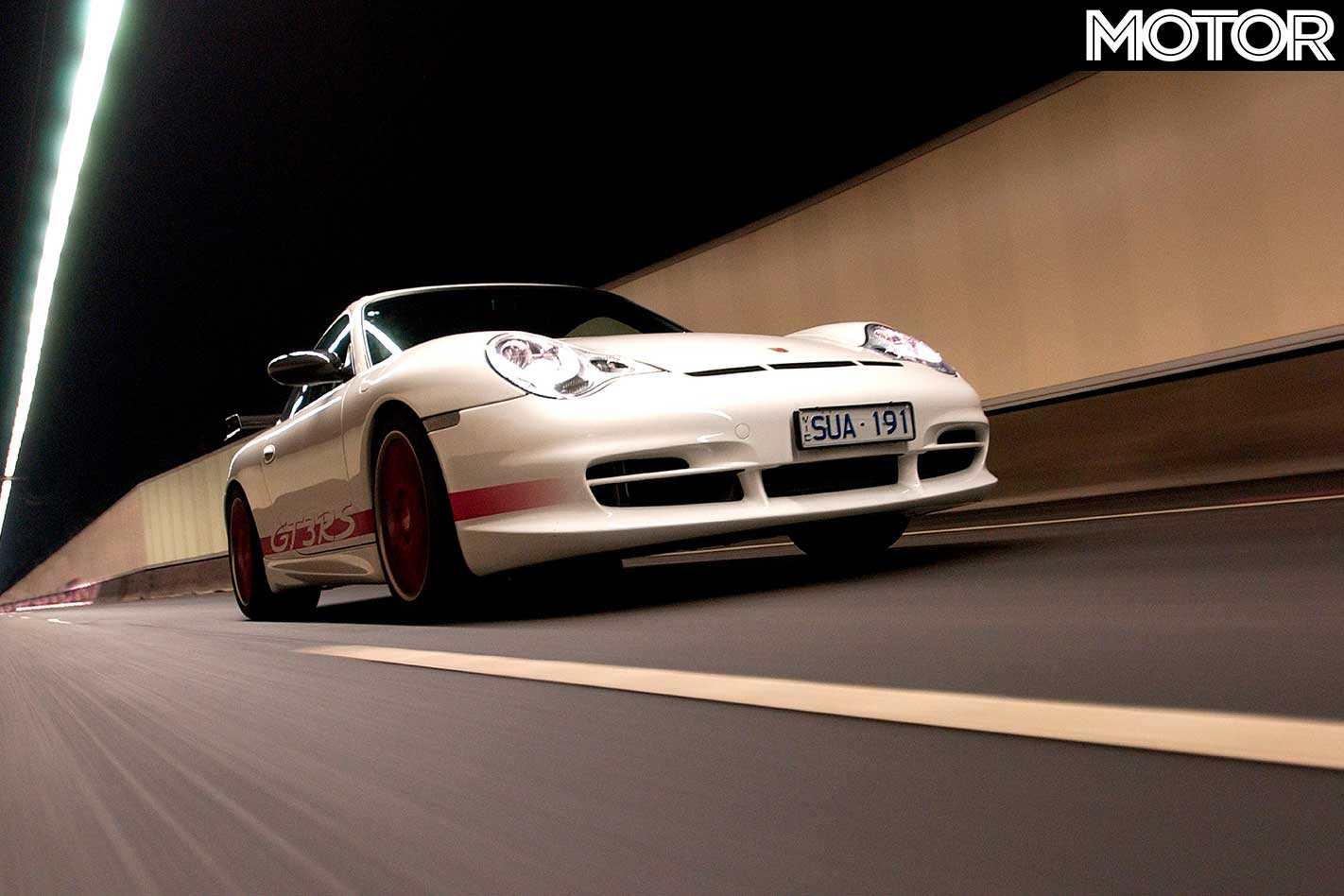 Brain up to speed and dialled in for a proper launch, the RS simply explodes off the line. Snapping shifts through the long-throw but deadly accurate six-speed gearbox, and keeping an eye on the needle as it blurs around the tacho to the redline, the RS fries the Correvit with a 4.38-second 0-100km/h. That’s V8 Supercar-quick! In fact, that’s even quicker, albeit it by a poofteenth, than Porsche’s claim.

And folks, the fun ain’t over yet. The standing quarter arrives in 12.37 seconds, by which stage the RS is travelling at a scorching 186km/h. If the road’s long enough, the RS will knock over 200km/h in 14 seconds dead. Again, that’s right on the factory claim. Here’s what our car will do, no bullshit. I like that.

Away from the drag strip, the RS is like a magnifying glass sizzling ants; it’s that focused. Every sense comes to life as this Porsche steadily delivers you more accurate ear-to-the-ground feedback than any intelligence agency can. 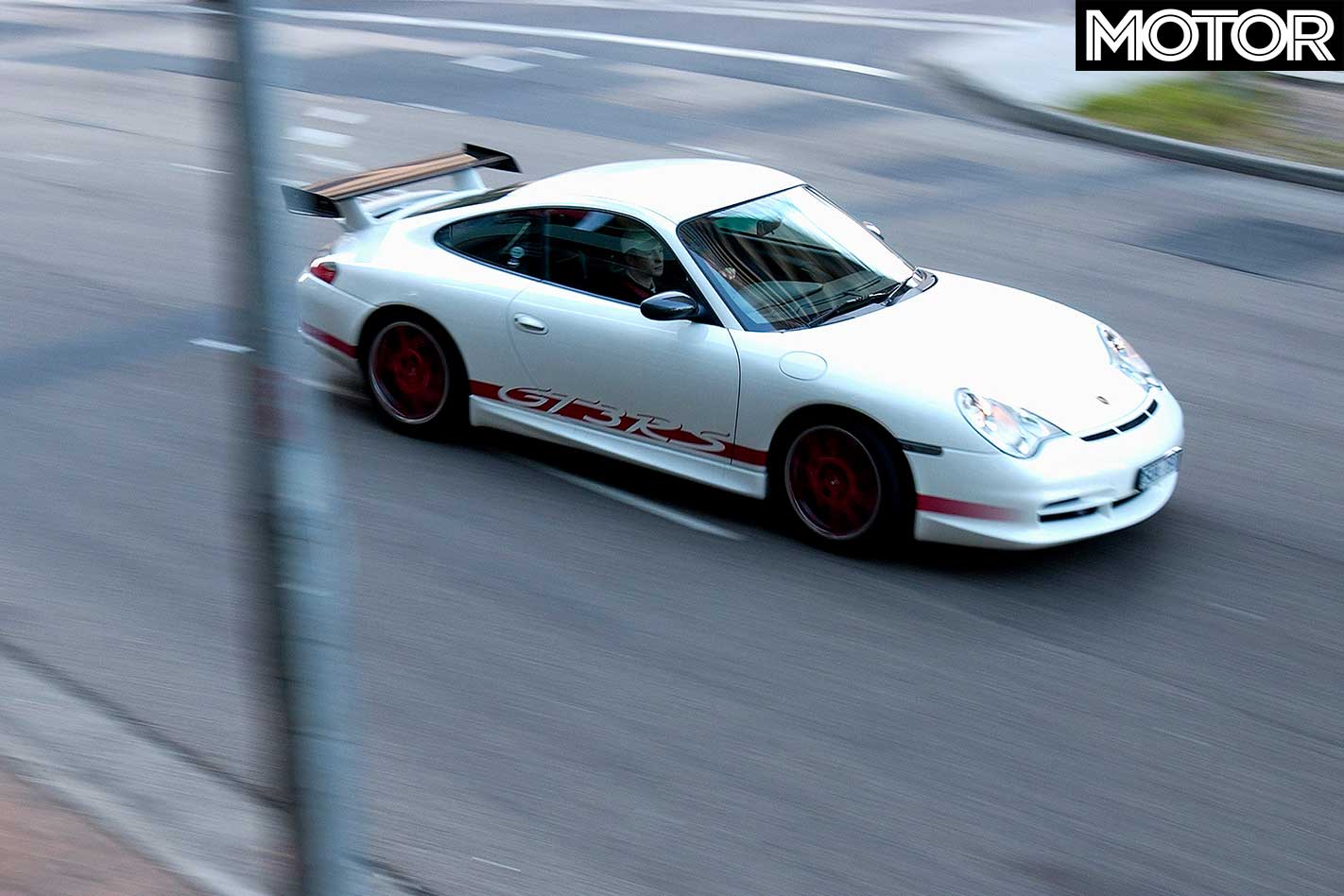 The stream of data flowing through its steering wheel is constant, telling you precisely where the front end is and how much grip is still available. Your hands work in unison with your bum, judging just how its rear is gripping, and collude tightly with your ears to detect the early onset of a slide.

In concert, your ears pick up the engine’s song, instinctively guiding your right foot to keep the flat-six up above five grand, where the RS’s best work is done. Even your sense of smell is fed useful tidbits of info about brake and tyre temperatures. And your eyes had better be ready for the scenery to arrive quicker than it’s ever come on before.

Having tested the road version of the GT3 almost back-to-back with the RS, it’s easy to spot that the Pirellis are even more temperature-sensitive than the Michelin Pilot Sports or Sport Cups found on the road and Clubsport versions of the GT3. 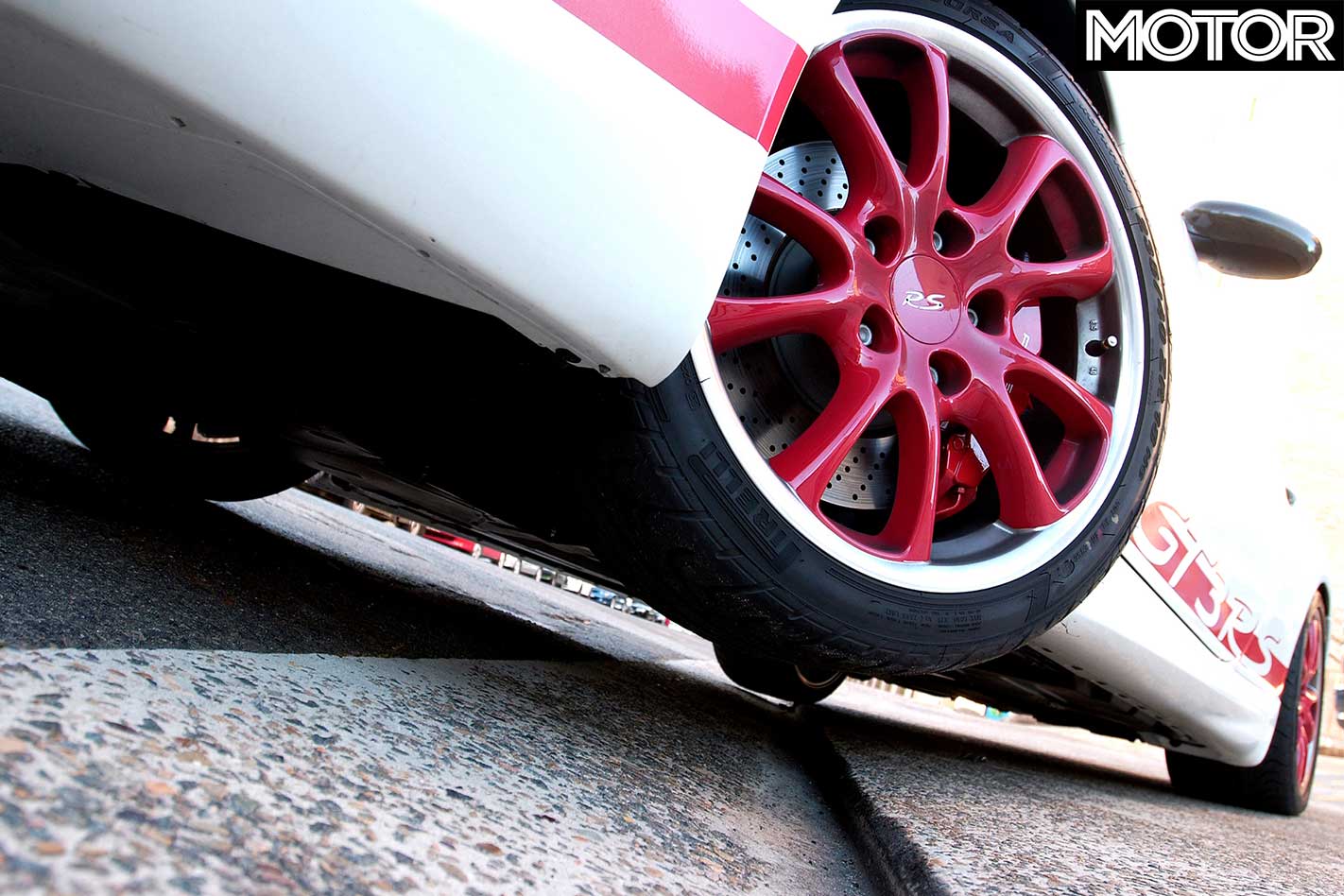 When cold, the RS is happy to wag its bum in the breeze as the barking and wailing 280 kilowatts easily overcome the grip that’s on offer. But as long as you respect the RS’s reputation, it is still friendly enough.

Nevertheless, once its Corsas are warmed to their optimum operating range, it’s easy to see why this combo makes the GT3 RS the fastest factory 911 to blast around the famed Nürburgring in Germany.

Breaking the eight-minute barrier around the Nürburgring in a standard production car has long been the goal of performance car manufacturers. 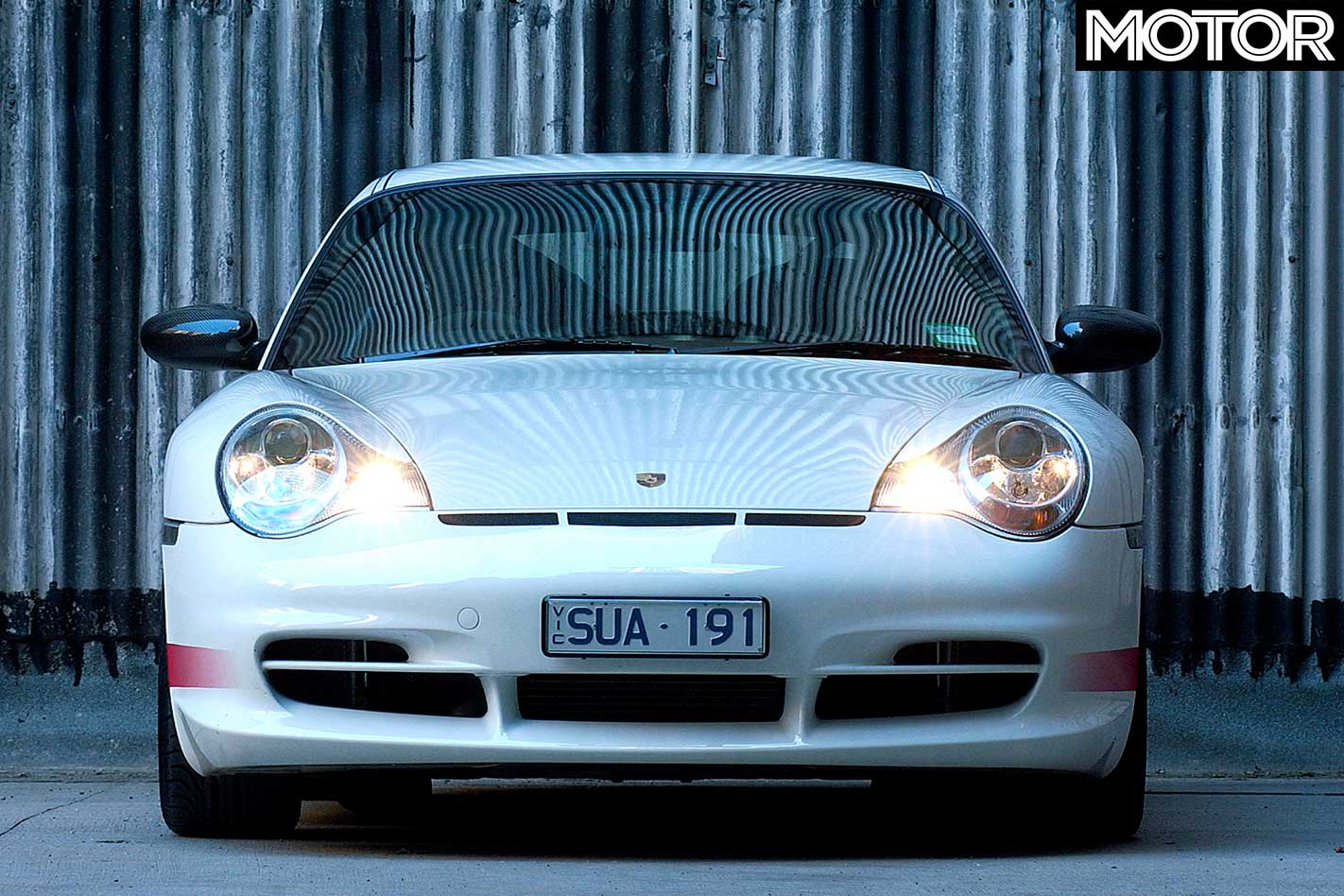 For perspective, the brand new 3.8-litre 997 911 Carrera S laps the torturous 21 kays of the Green Hell in 7:59 seconds with Porsche test driver and rally legend Walter Rohrl at the wheel – just three seconds slower than the 309kW 996 Turbo.

Although down 29kW to the Turbo, the road-version GT3, however, clocked a very sharp 7:53. But the weapons-grade GT3 RS, with its Pirelli rubber and weight savings, blasted around the ’Ring a full 10 seconds faster, in just seven minutes, forty three seconds!

Think I’ve forgotten about the ballistic twin-turbo 340kW 911 GT2? I’ll save you the internet search; the GT3 RS is four seconds quicker than that legend, too. 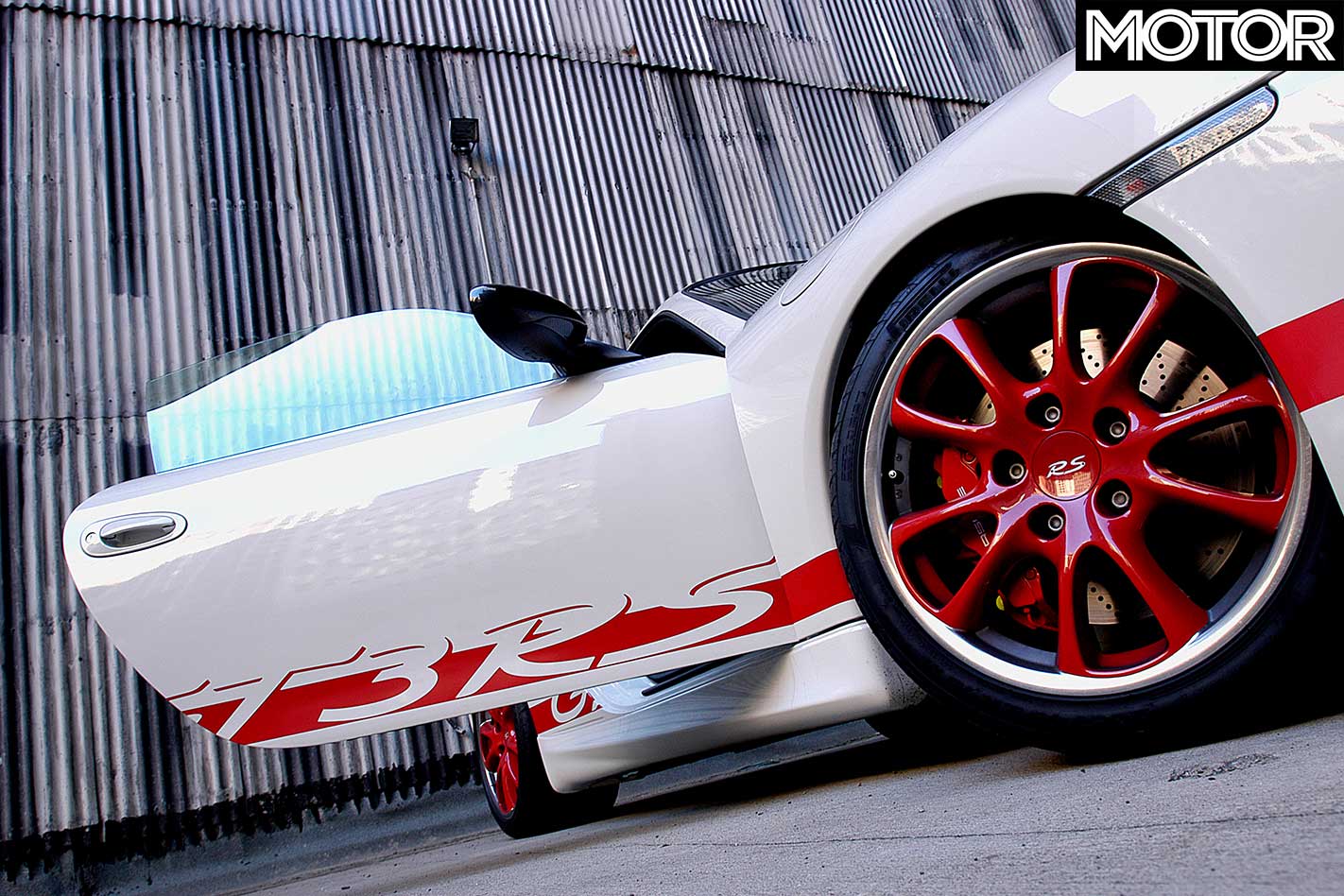 The GT3 RS will be the weekend plaything of the seriously wealthy and most of the batch of just 18 of its kind to come to Australia will see plenty of action at track days and events like Targa Tasmania.

Knowing that I’m never going to scrape together the requisite stack of readies to land an RS in my garage on a permanent basis, I couldn’t stop driving the thing. 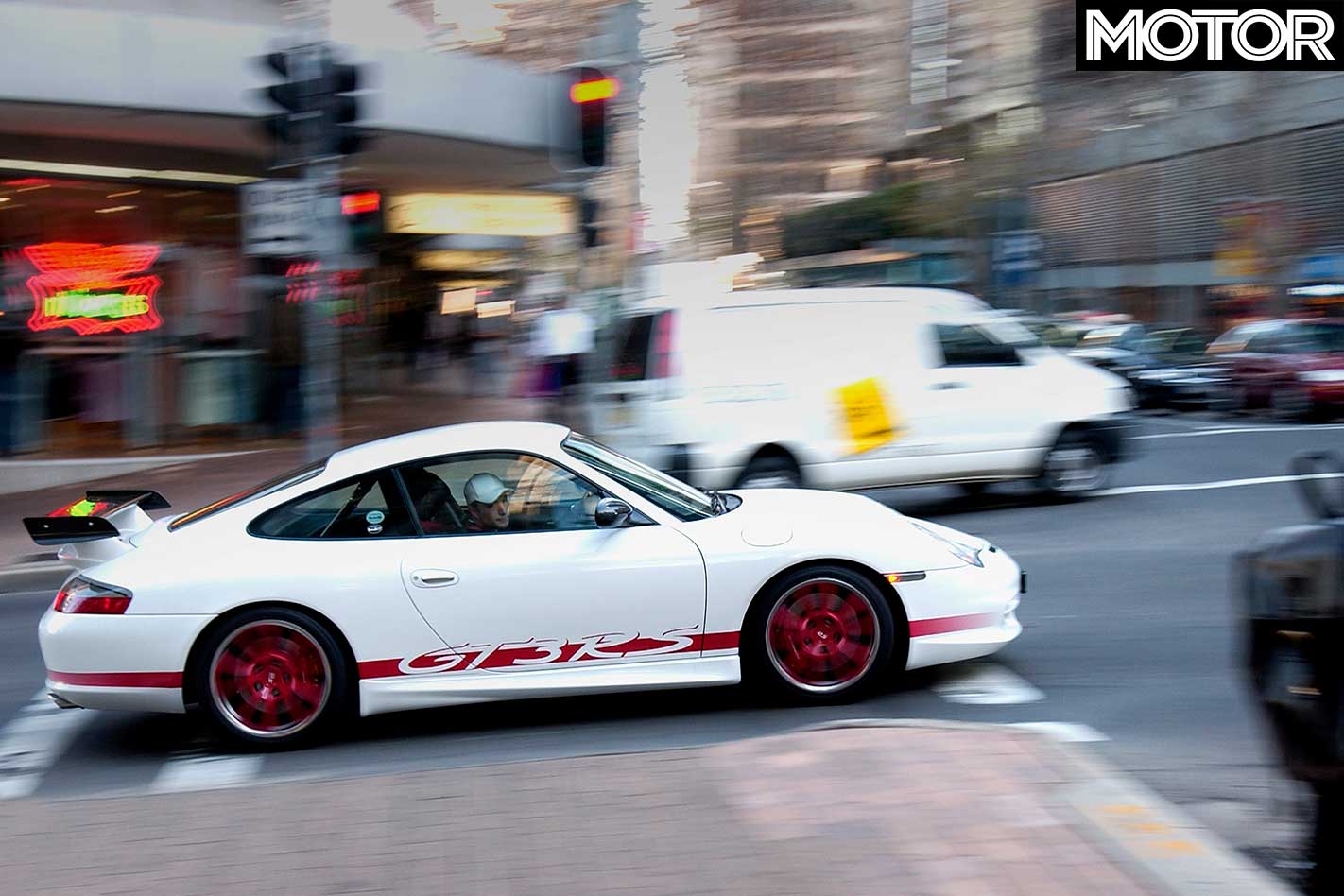 Back in the August issue in a comparison with the Lotus Exige, I opined that the road-trim GT3 was the ultimate 911. It appears I spoke too soon. This side of the flagship Carrera GT supercar, the GT3 RS is probably the ultimate Porsche. 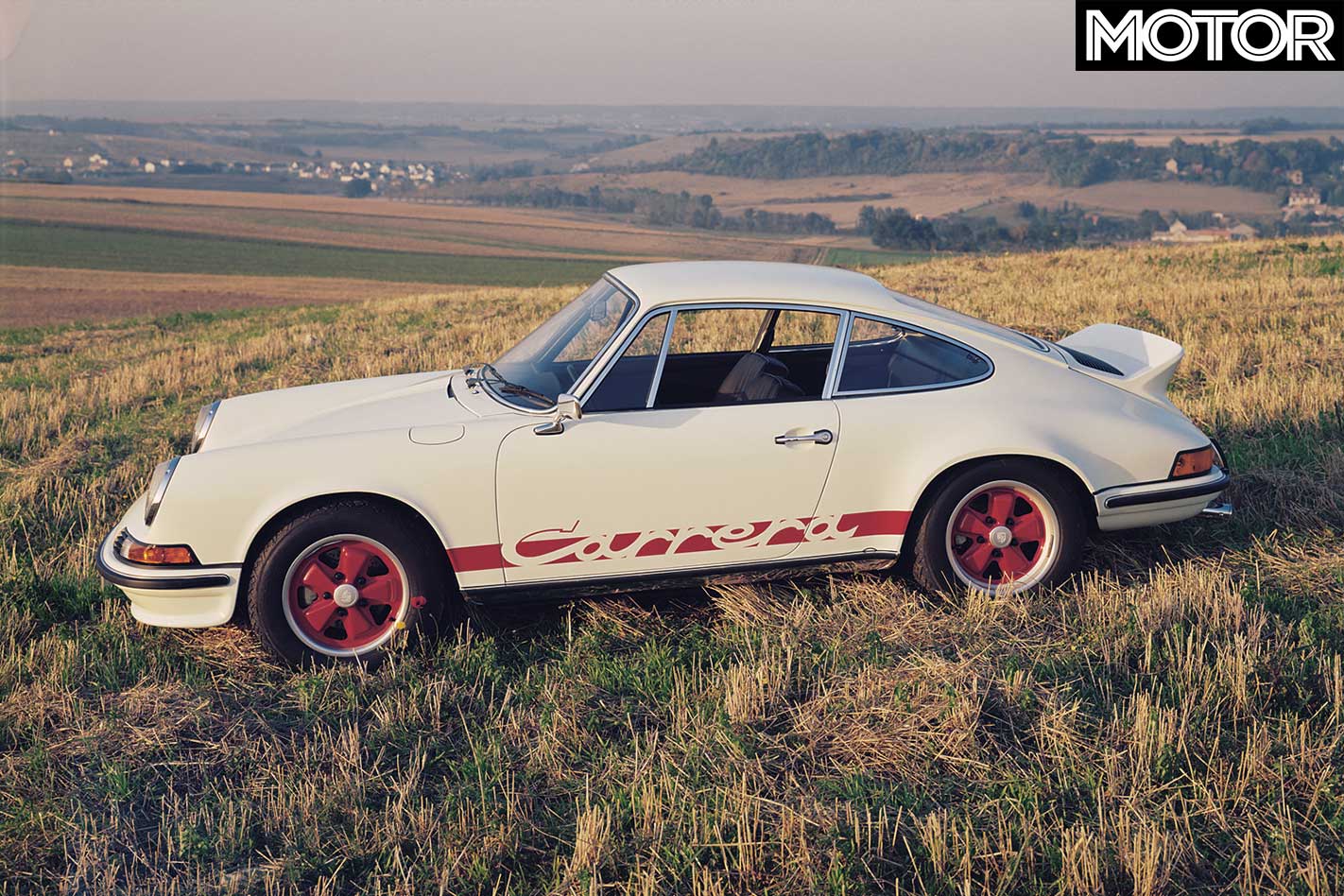 Like the current GT3 RS, the original Carrera RS of 1973 was a thinly disguised racer for the road. It was actually built to homologate Porsche’s entry into Group 4 racing and an initial production run of 500 units was planned but strong demand saw over 1500 RS 911s built. 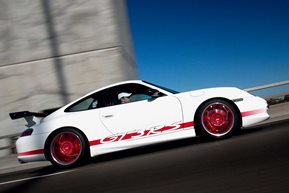 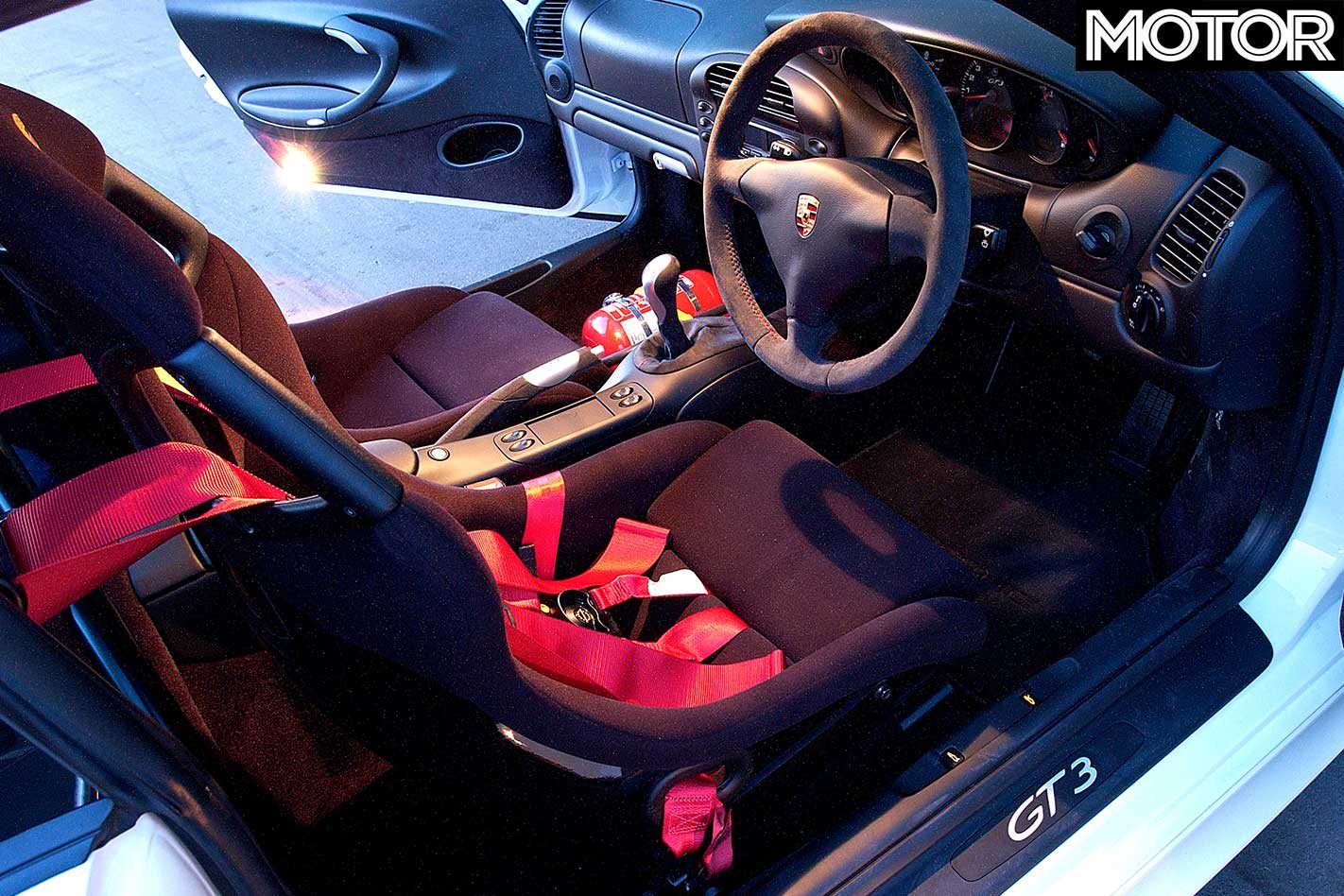 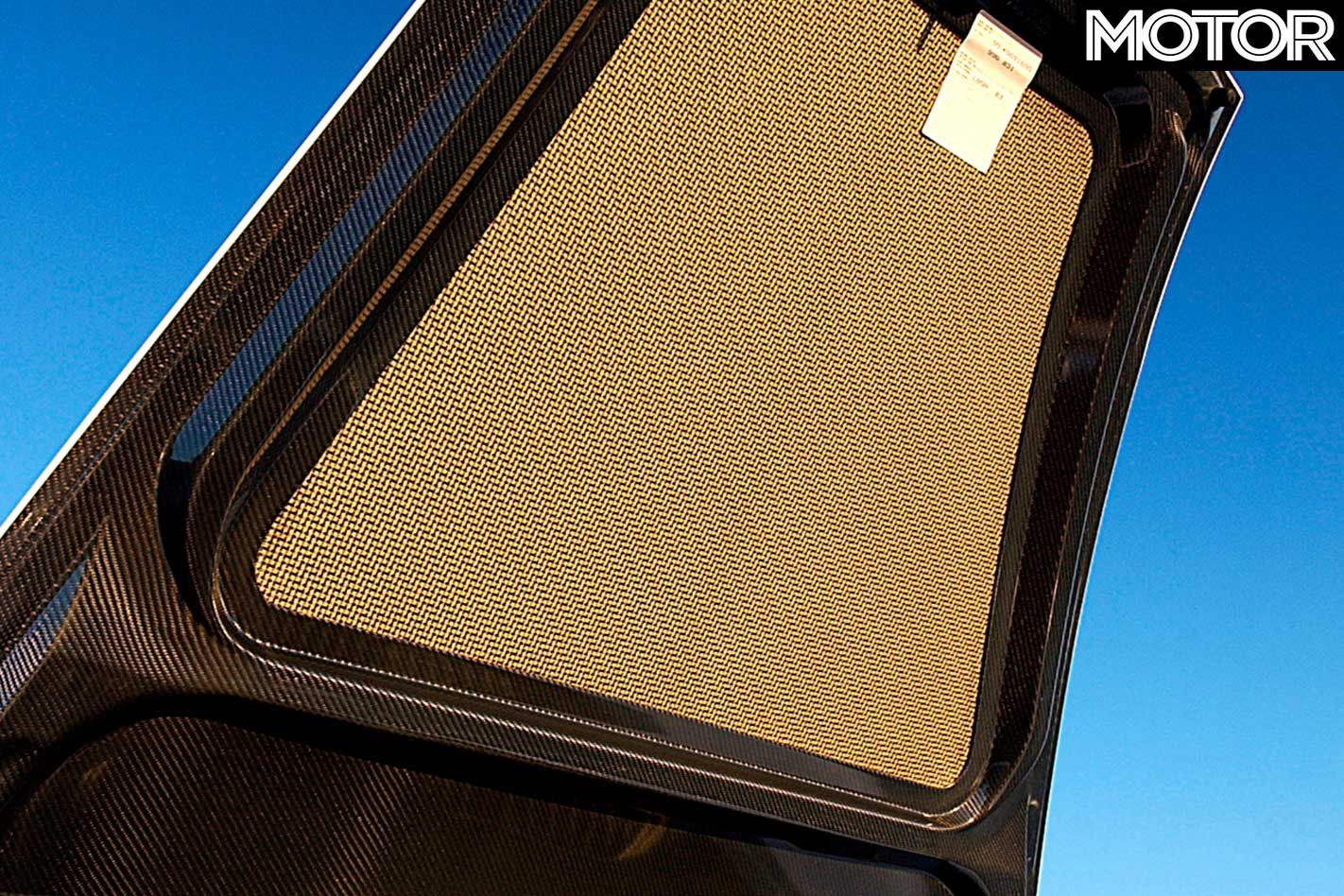 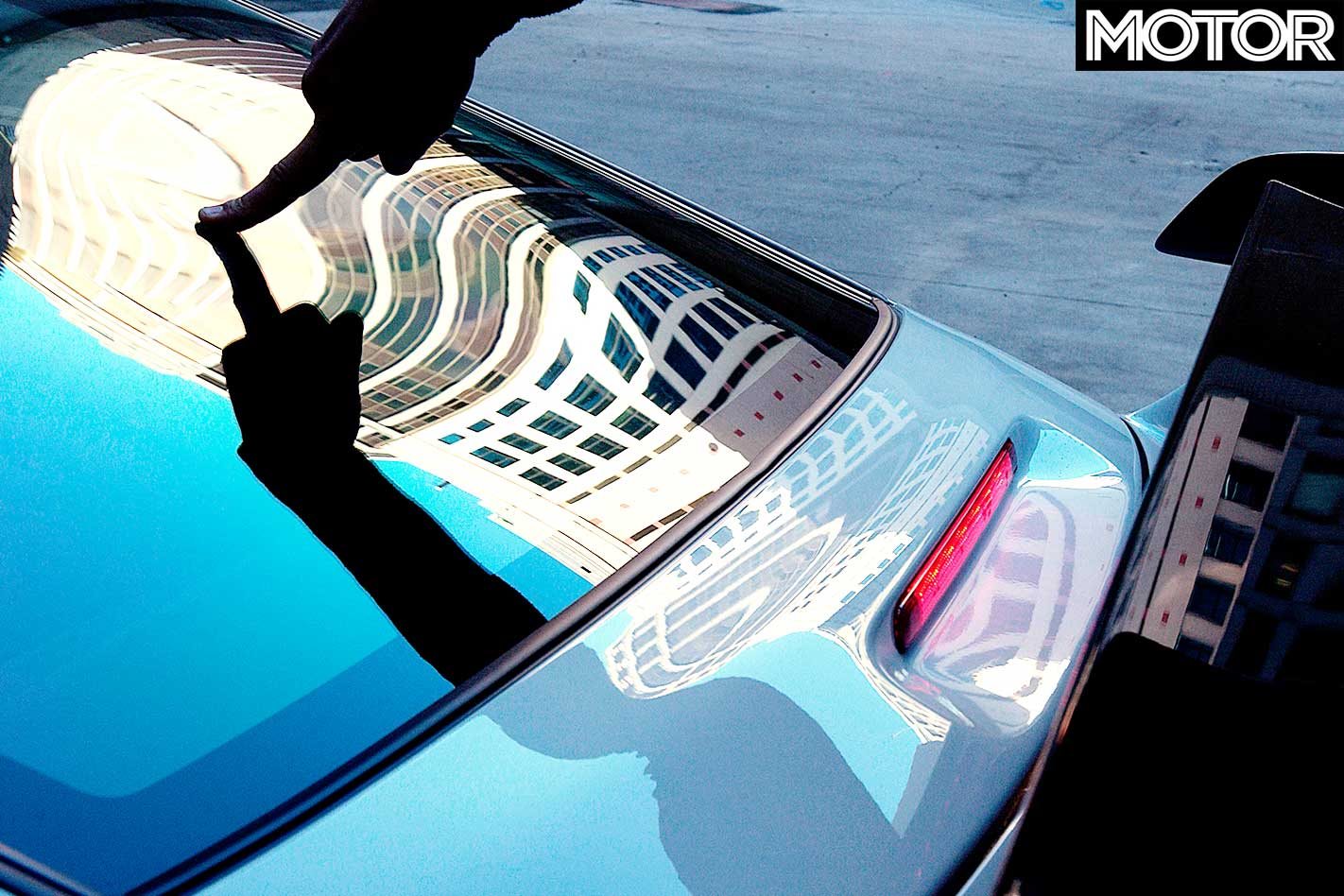 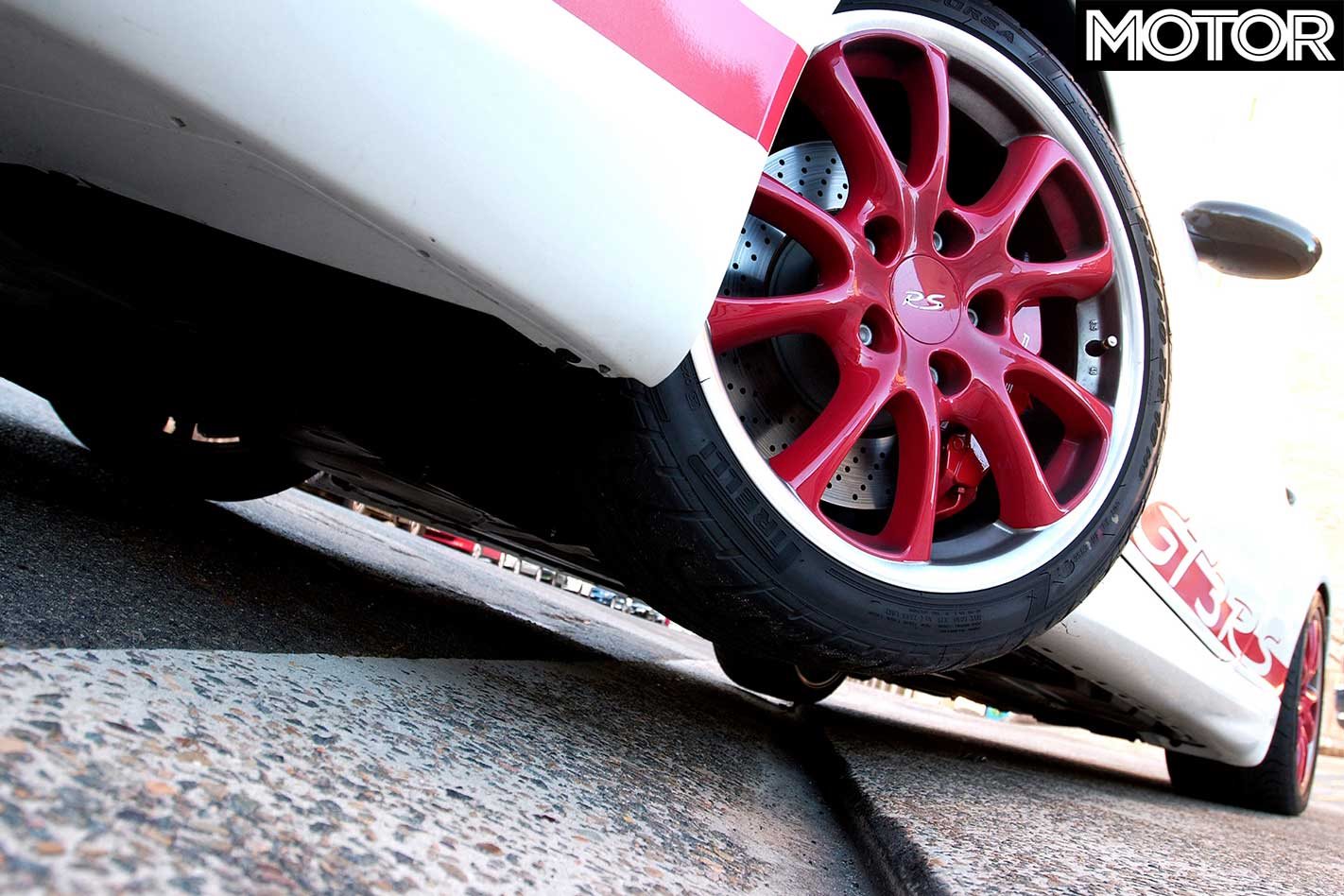 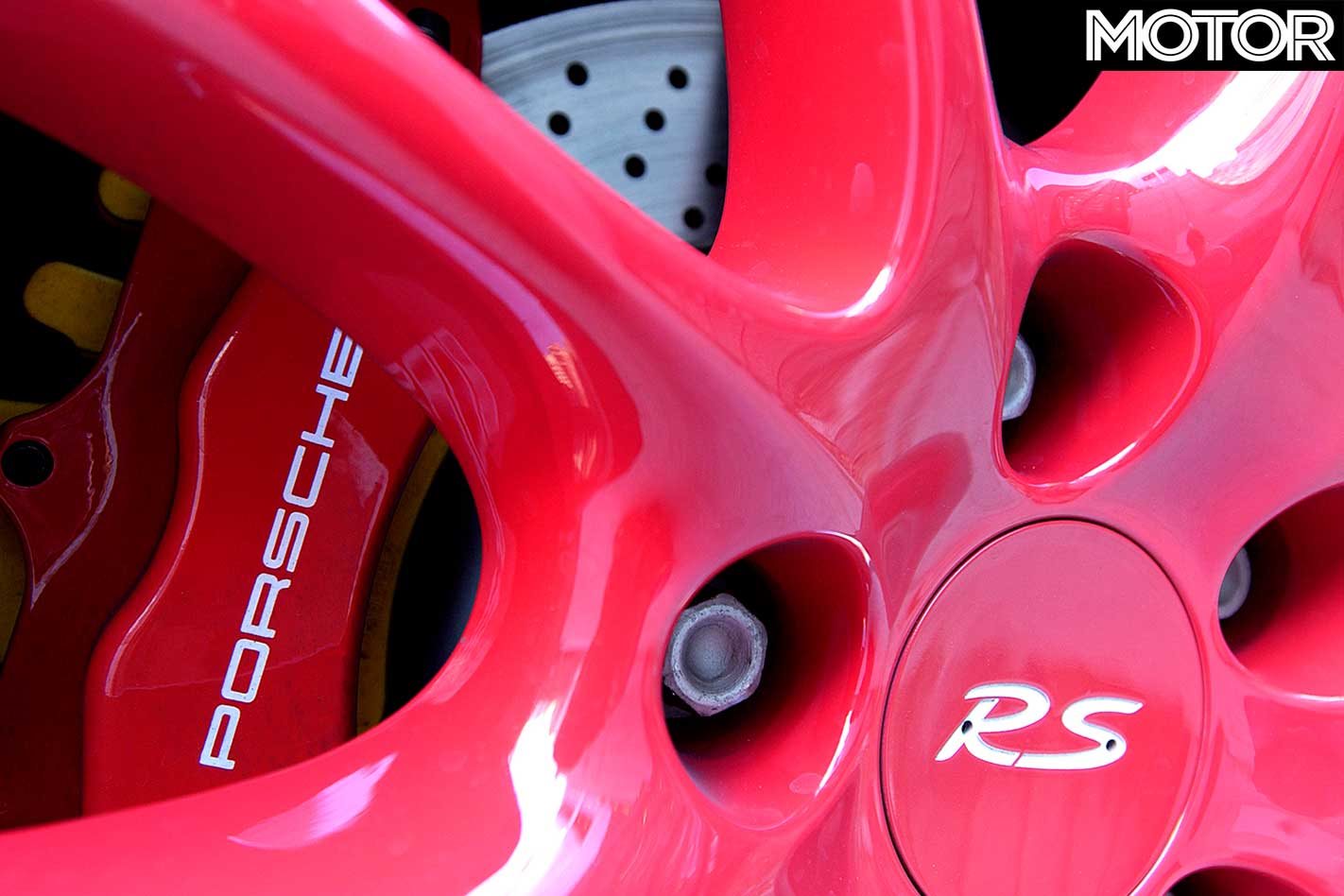