AN IMPORTED all-wheel drive V6 Commodore is never going to supplant a home-grown rear-drive V8 in the national affection. Ditch the historical baggage, however, and there’s much to like about the latest ZB Commodore V6

An atmo 3.6-litre V6 that drives all four wheels via one of the cleverest drivetrains around is a good basis for a performance sedan, and the latest six-pot Commodore builds on those underpinnings with a whole host of smart decisions. It pays to temper your enthusiasm a little, though. Expect an SS replacement and you’ll be disappointed. Instead, Holden has delivered something smarter, safer and slicker. Is that enough? You’re going to be the ultimate arbiter there, not us.

Australia insisted on a 3.6-litre V6 in this Holden Commodore and has undertaken the brunt of the development work as a result. If there’s really anything in Holden’s claim that this ZB generation car can carry the VFII’s mantle, the V6 is the car that’ll demonstrate it. Plus, we had free rein of Lang Lang, so it would have been rude not to.

If you judge a sporting Commodore on its ability to immolate its rear tyres, make a suitably menacing burble and be manlier than an SAS survival instructor chewing the head off a taipan, then the latest V6 could well be a little subtle in its execution. Underwhelming if you’re a really harsh marker. As an all-round package rather than something trying to live up to yesterday’s hero, it makes a whole lot more sense. It’s quick, entertaining and sweetly finessed, with a well-judged balance between real-world performance and practicality. For a car that’s fighting a fight it can never win, the ZB Commodore V6 emerges with a lot of credit. 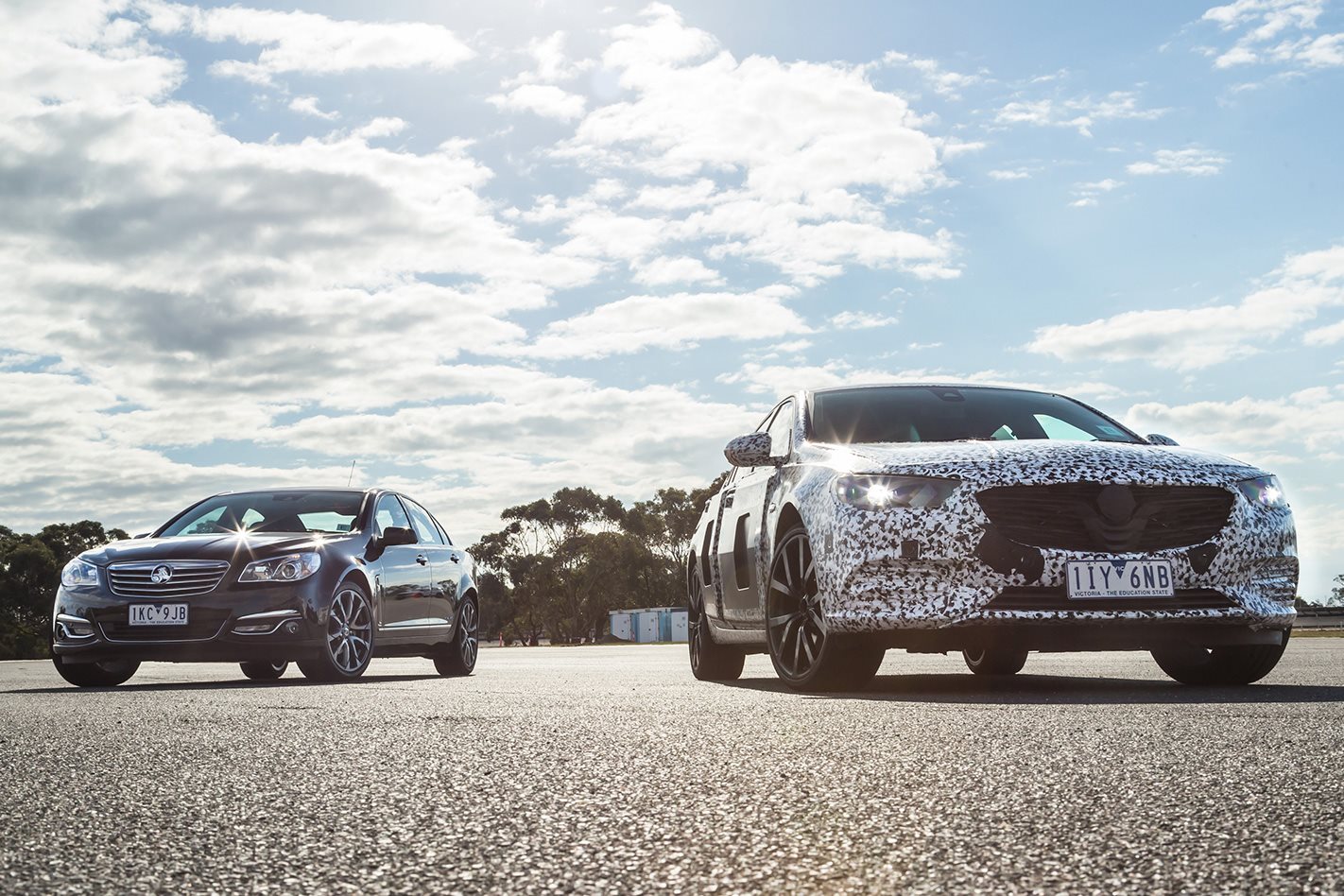 MINUS: Needs a few revs to get up on its toes; makes you appreciate the benefits of forced induction

THERE’S a moment when driving the latest Commodore V6 where it all makes sense, where you realise that things are going to be okay. It doesn’t last long and you’ll be fully engaged when it happens, but it’s enough to paint a big grin on your face. It’s that moment right at the apex of a bend when you give the accelerator pedal as much as you dare and feel the torque vectoring send drive to the outside rear wheel, while the inside front gets an almost imperceptible nip at the rotor to induce a degree or so of yaw. Your hands almost instinctively open the steering but the feel through the seat of your pants is reassuring.

The car’s onside, it’s got this. More throttle. More again. Go flat chat out of the corner, and you’ll leave blurred elevens on the bitumen. 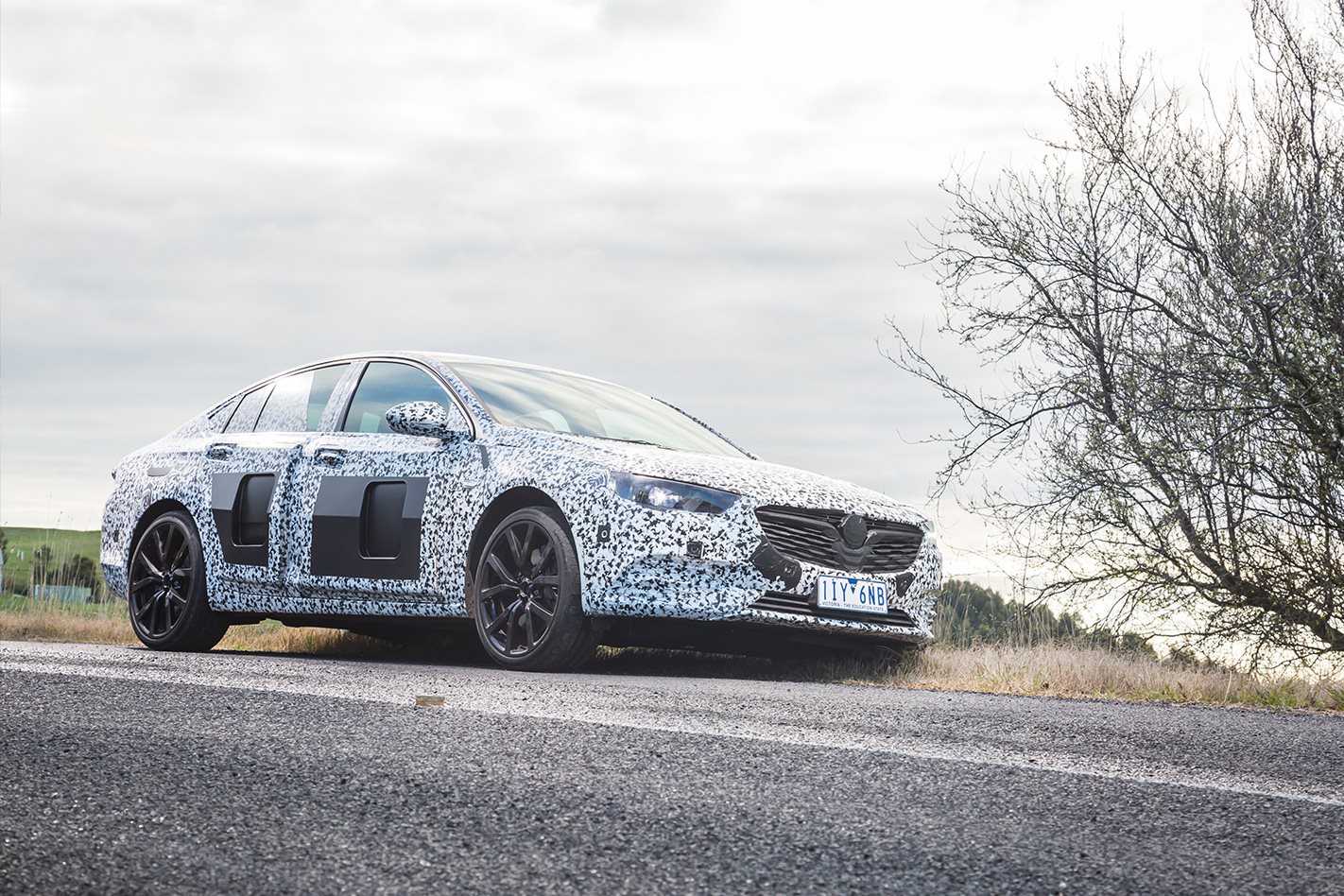 Holden’s engineers at Lang Lang encourage this sort of thing. They’re keen to demonstrate the capabilities of the new all-wheel-drive Commodore V6 with its “Twinster” drivetrain, nine-speed transmission and 230kW/370Nm atmo V6. The only fly in the ointment is the 2.0-litre turbo car behind that I swear is able to keep the V6 honest out of corners, helped by the fact that it’s a full 138kg lighter and delivers its torque sooner and harder.

Asked why the 3.6-litre V6 carries no form of forced induction, engineer Jeremy Tassone explains that it would have proven too difficult to package. “In order to accommodate a turbocharger and the V6 engine, the front end of this car would have had to have been bigger. That introduces what we call ‘scar weight’ that the rest of the range would have had to carry,” he said, highlighting a similar issue with the outgoing VFII and its requirement to house a V8 that, in turn, impacts the efficiency of V6 models. 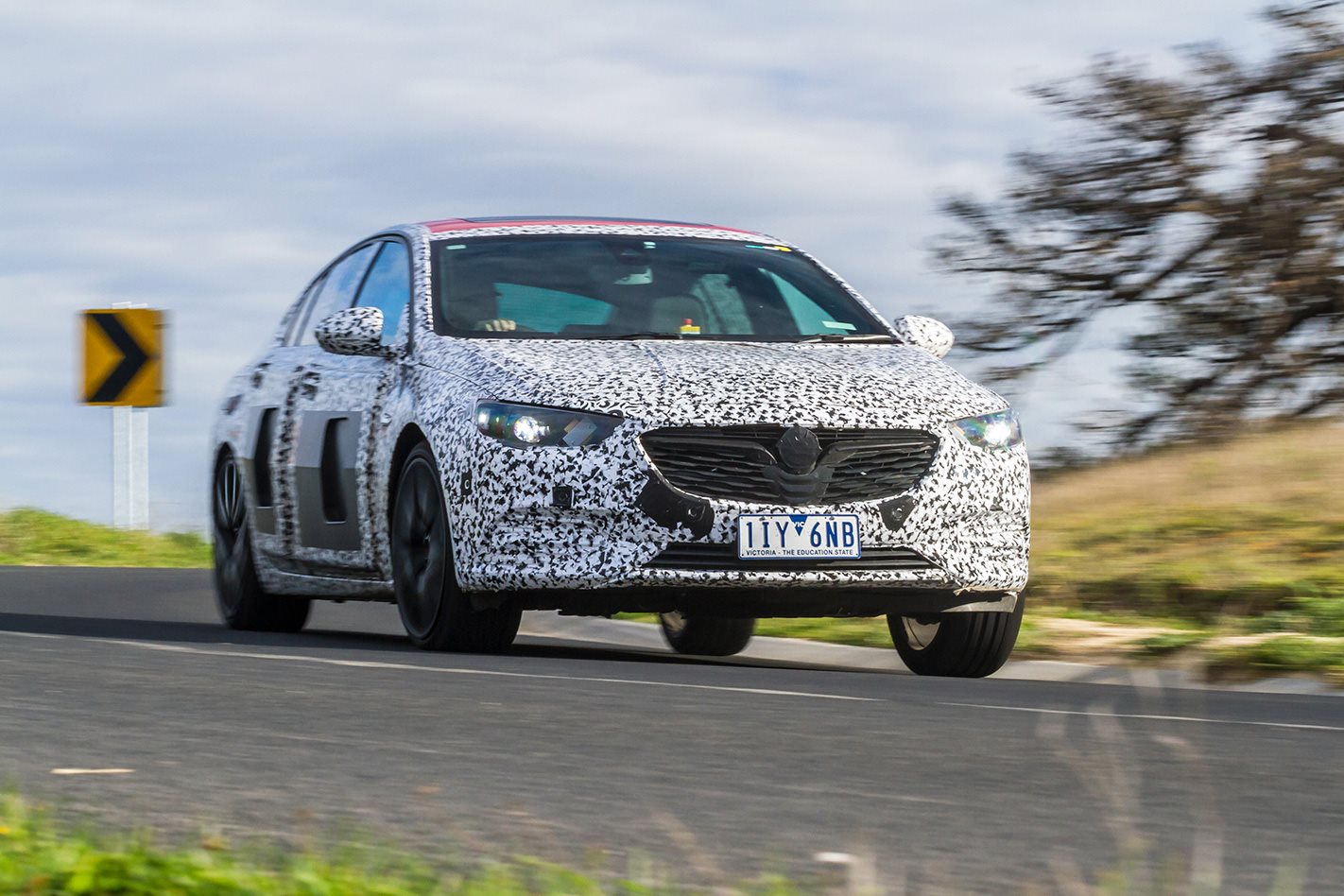 “That car [the VFII] has absolutely gone as far as it could go. We’ve brought it further than we thought we ever could. That car has been through years of evolution and now this [the ZB] is the revolution.”

While the V6 is an engine that requires a bit of working to give of its best – you’ll need around 2750rpm on the board before it starts to feel interested – there’s reward in the form of a unique exhaust system for the Aussie market. An underfloor catalyst is removed to give a bit more voice and attitude to the note, helping to make up for the powerplant’s lack of aural fireworks, even as it zones in on its 7000rpm redline. This all needs to be qualified against what Holden performance buyers have been traditionally accustomed to, but given what’s in the works – not necessarily with a  Commodore badge – those looking for eight-pot excitement aren’t about to be short-changed. 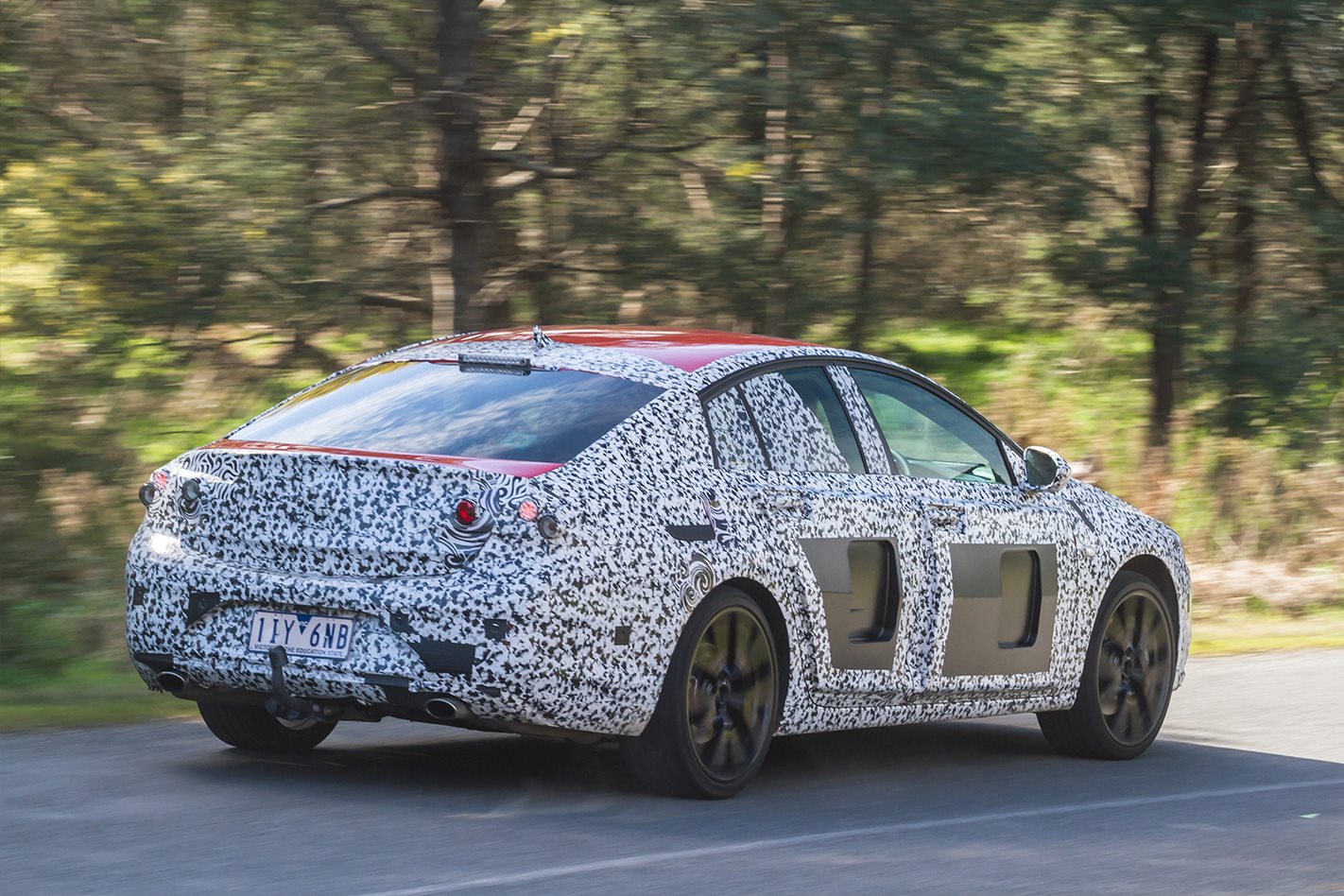 So what is this V6 Commodore? That’s a tough one to pin down, especially given that this is a pre-production model still wearing its dazzle camouflage and clumsy dummy panels, scabby streamers of tape doing their best to disguise tail light designs and the subtleties of the aero kit. Two cars are available, both a mix and match of works-in-progress but both demonstrate that there’s something here for the keen driver.

They rarely feel 230kW worth, though, despite Holden claiming that more than 200kg was taken out of one of these compared to an equivalent VFII. The spec sheets claim 100km/h in the low sixes, which seems credible given that drive goes to each corner and the nine-speed ’box does a great job of keeping you in the meat of the torque band, but there are times when, despite our love of most things atmo, you yearn for the full-bodied surge of a bit of forced induction. 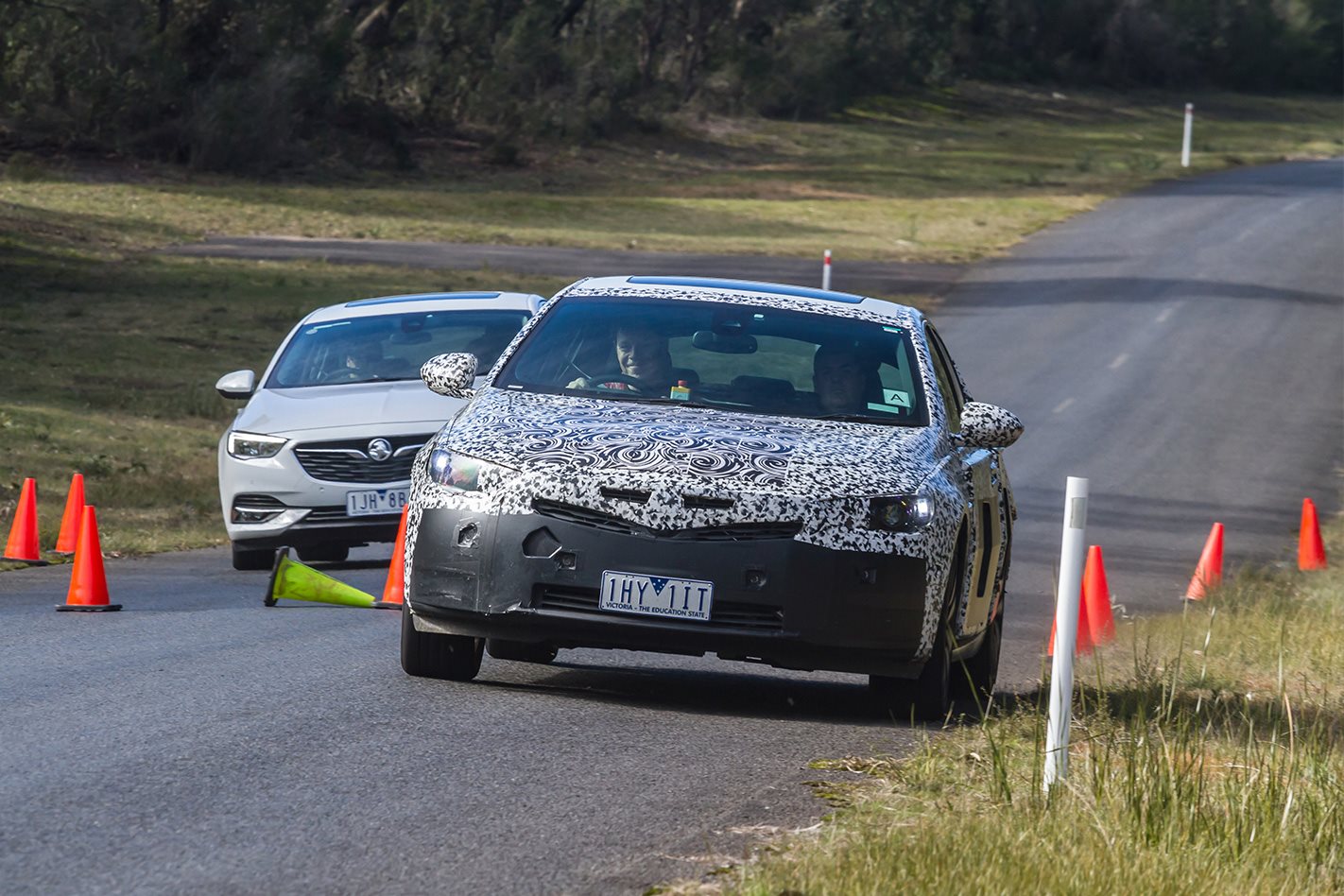 Holden’s engineers have focused on steering, suspension and chassis control systems, the all-wheel drive delivering a huge amount of customisable parameters. You’ll never get the tail-happy feel of a Focus RS, which relies on a Twinster system with an overgeared (in hardware) rear end to deliver its much-vaunted drift mode. The Commodore’s system can send as much as 50 percent rearwards, but it’s so much more than a glorified Haldex. The torque vectoring function allows real subtlety in the tuning of the car’s Sport mode, something that we suspect has made the calibration engineers’ life that bit more entertaining at Lang Lang.

Likewise, a lot of work has gone into the adaptive damper setup and also the steering, which is a highlight in this car. At 2.7 turns lock to lock, it’s slightly quicker in the V6 than the 2.0T, and there feels like a bit more heft on the way into corners. You feel the additional weight over the nose and need to manage the kind of aggressive turn-in the 2.0T revels in, just finessing the transition to understeer. 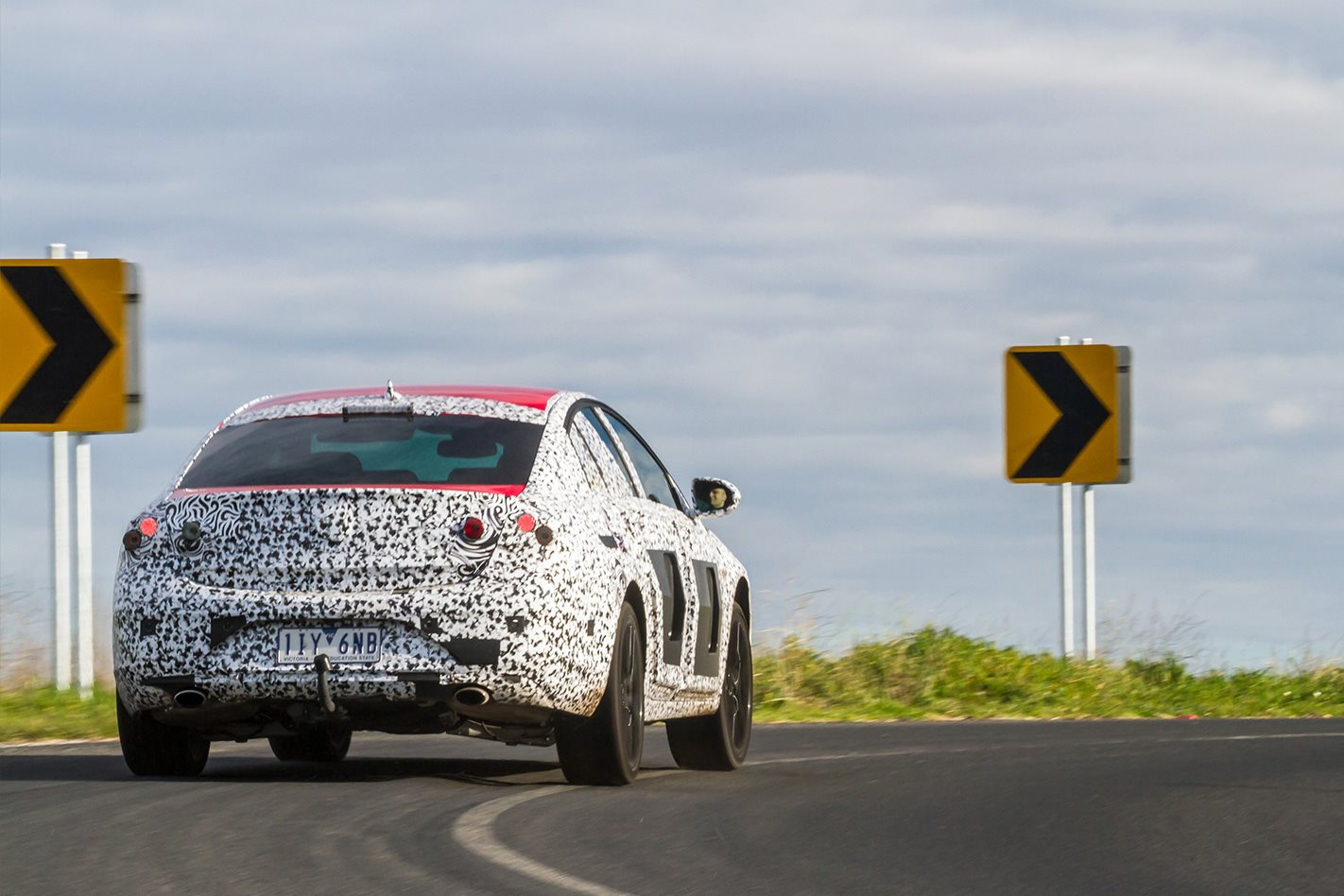 Trail braking helps a bit here to engage the nose, and it’s quite remarkable that a car of this size can be driven so forcefully. The VFII Calais 3.6 that we had along could neither engage into nor deploy out of any given corner with such decisiveness. Ride quality was marginally better in the old car but wind noise was markedly poorer. The old six-speed box’s propensity to belatedly drop a couple of gears at a time to get going uphill made it feel antediluvian compared to the ZB’s sharp-witted nine-speed unit. Otherwise, despite Tassone’s protestations that it had run out of development scope, the VFII still felt a delightful piece of kit.

I’d love to be able to tell you about the new V6’s interior specifications and materials choices, but that will have to come later. These well-used development hacks were anything but representative of what customers will receive but the cabins were decently proportioned and the semi-virtual TFT dashboards of the V6 cars are excellent. Holden claims that space inside the car is much akin to VFII apart from two key dimensions, rear headroom and overall width, both of which are inferior. Rear legroom certainly felt at least as generous and the big boot offers more floor estate than the old car’s, which will make it more useful to many. 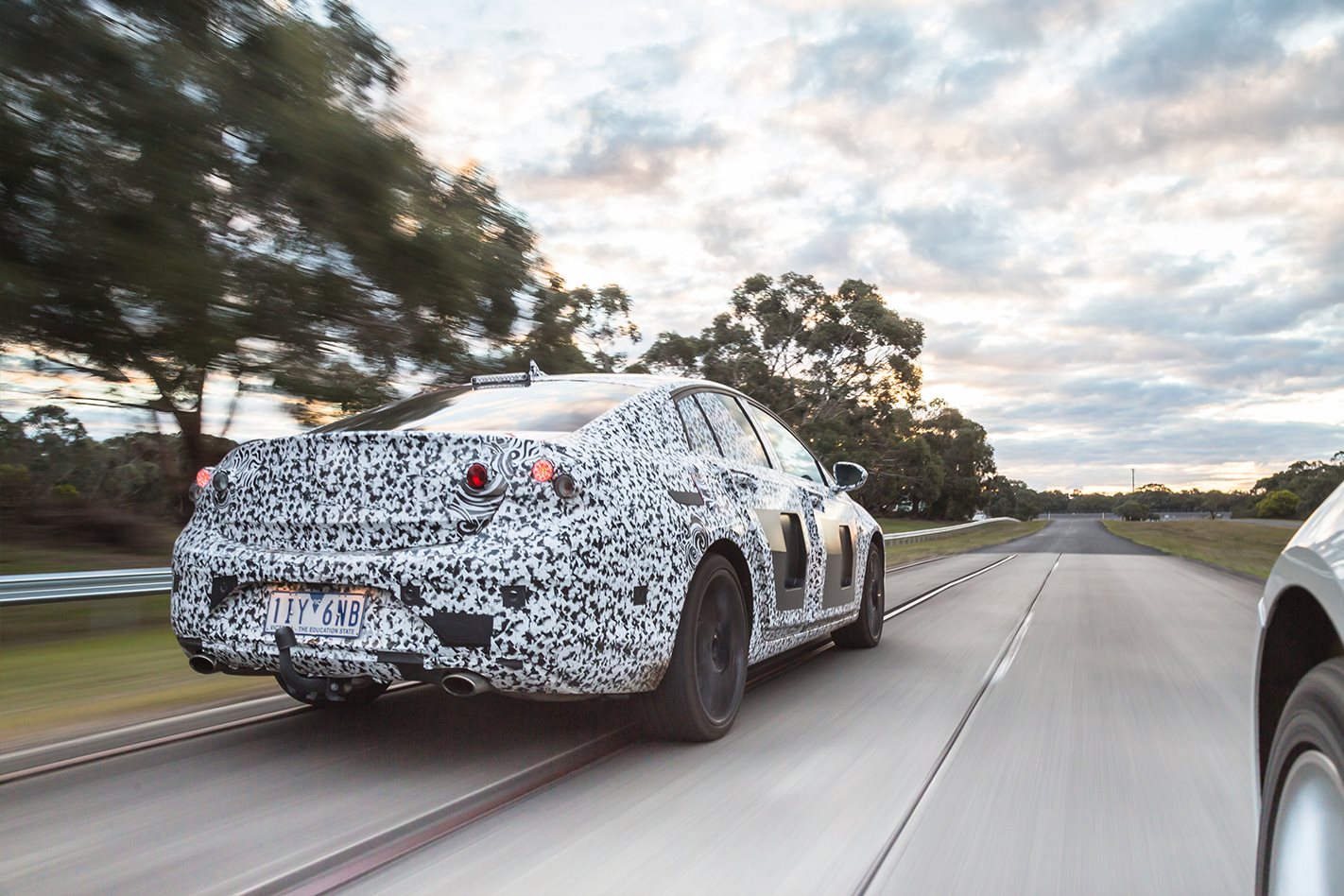 It may well be a work in progress, but the ZB Commodore V6 has enough of the right stuff about it that it’s got our interest piqued. There aren’t just the bones of a good car here; this is a solid offering straight off the bat and it's one that could well enter a section of the market without too many direct rivals. What it’s not is anything like a replacement for a V8 Commodore. It’s not even close. Judge it on that basis and it’ll always seem an abject failure. Take a more pragmatic view of Holden’s position and the material that they have to work with and it’s not only a job well done, but a car with a very real place in Australia’s marketplace. As tough as it is, sometimes we have to let go of the past. But damn, wasn’t it good?