AMG raises the stakes in the mid-size performance SUV game

Trust AMG to light the touchpaper on the mid-size performance SUV segment.

Purists might recoil at their very mention, but there’s no escaping the fact these jacked-up fast family haulers are hot property right now.

Audi SQ5, BMW X4 M40i, Porsche Macan Turbo, even Mercedes-AMG itself with the GLC43 have dabbled with the concept but have so managed to restrain themselves to force-feeding only six cylinders. 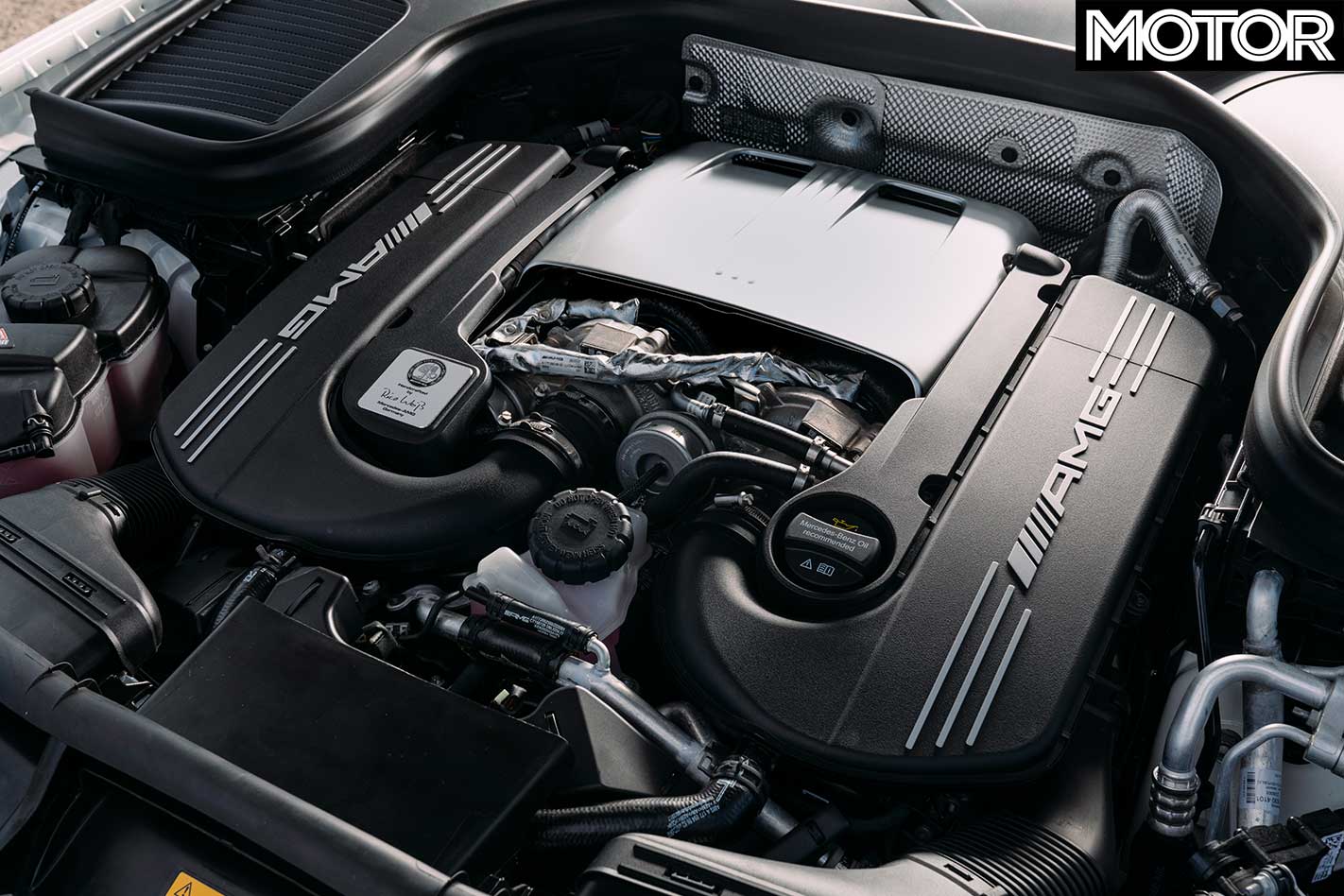 The GLC63 S changes all that, wedging the 375kW/700Nm 4.0-litre twin-turbo V8 from the C63 S into its nose. And not a moment too soon, as similarly endowed rivals from Jaguar (F-Pace SVR) and Alfa Romeo (Stelvio Q) will arrive before year’s end.

They’re going to have to be potent to match the Merc, though, as thanks to its prodigious power, nine-speed MCT auto and 4MATIC+ all-wheel drive the GLC63 is claimed to hit 100km/h in just 3.8sec.

We managed 3.92sec in independent testing, too much wheelspin (can you believe?) being the limiting factor using launch control, along with a 12sec-dead quarter mile at a tick under 190km/h. Serious stuff. On a grippier surface, the claim is 100 per cent achievable. 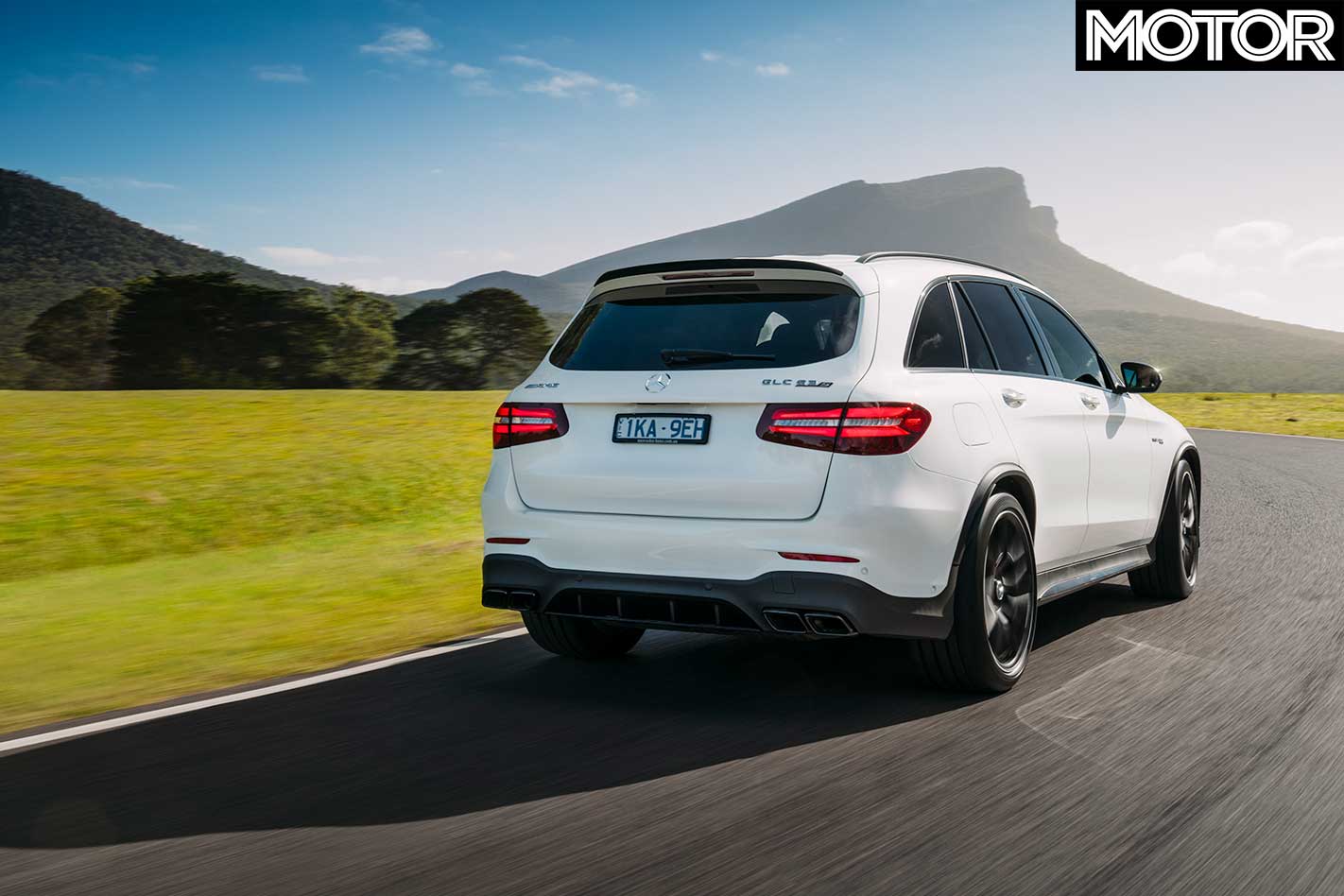 As you’d expect, the motor is a monster, utterly unfazed by the task of lugging 1935kg. It rips through its early gears with the ferocity of an enraged grizzly bear, sounding similar in the process. The gearbox is slick enough in this application, though best left to sort itself out in Drive rather than taking command via the paddles.

What you might not expect is the GLC’s ability in the bends.  It ultimately can’t escape its weight and unfavourable centre of gravity when you try and really hustle it, but it’s happy to go harder than most of the SUV breed.

The steering has lost a little precision in the switch to all-wheel drive and the tyres and brakes work awfully hard to contain its mass, but rather than just falling into various degrees of understeer the 265mm-wide front Michelins (Pilot Sport 4S, if you’re curious) hang on gamely. 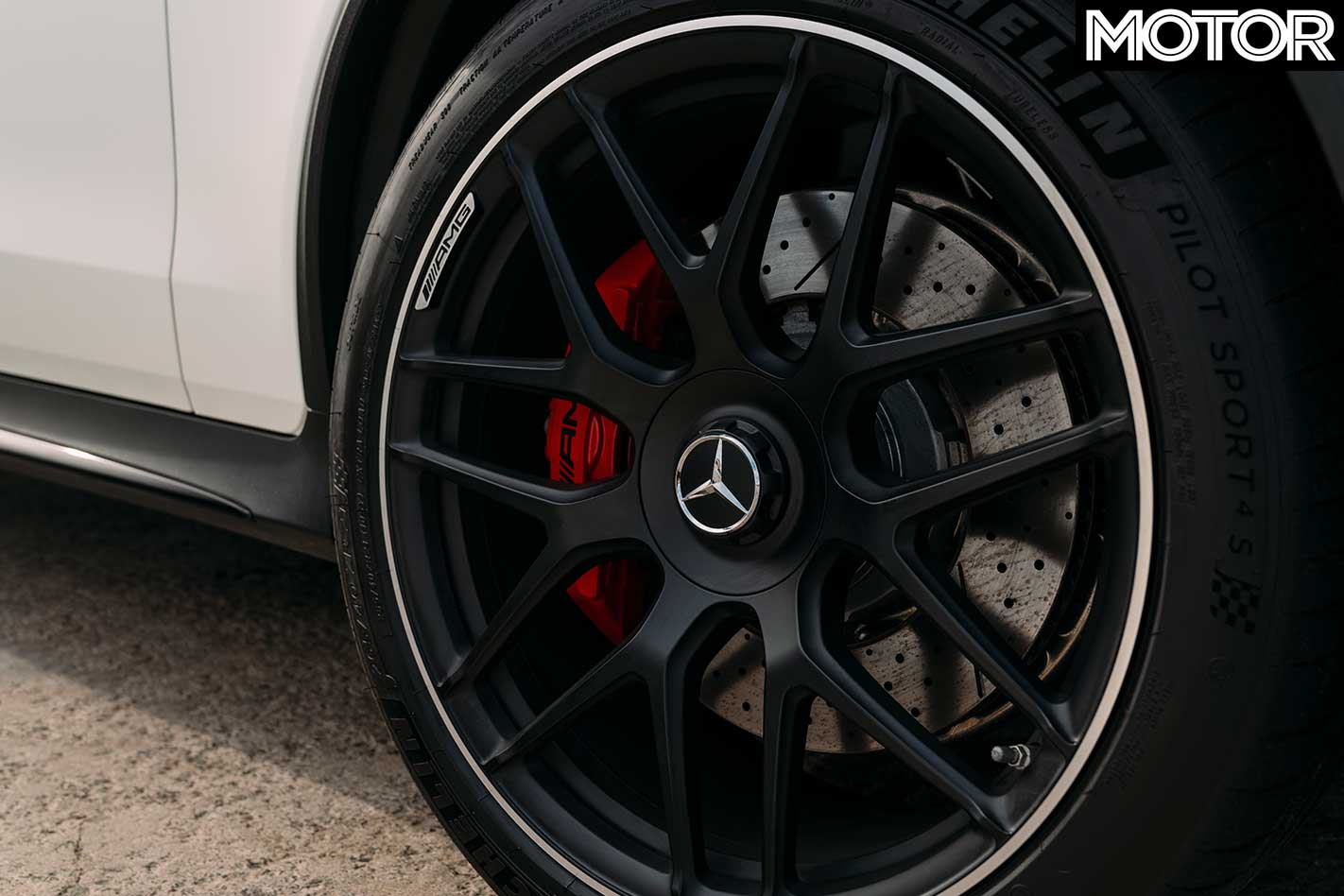 It’s in the second half of the corner where things get really interesting. The GLC63 uses the E63’s trick constantly-variable all-wheel drive system and a hefty helping of throttle send plenty of power to the rear, enough to edge the rear wide on exit.

It’s not ballet, but it’s a lot of fun, giving Merc’s mid-sizer an adjustability lacking in most of its rivals, though the Macan Turbo is similar in its attitude, if not its exhaust note. For most buyers, the fact the GLC63 goes and sounds like it does will be enough, but it has more to offer.

Nonetheless, it has the everyday stuff covered, too. The rear seat is nicer than the C63, there’s 550 litres of boot space (1600L with the rear seat down) and the ride is slightly softer than its sedan sibling, though don’t expect a magic carpet. 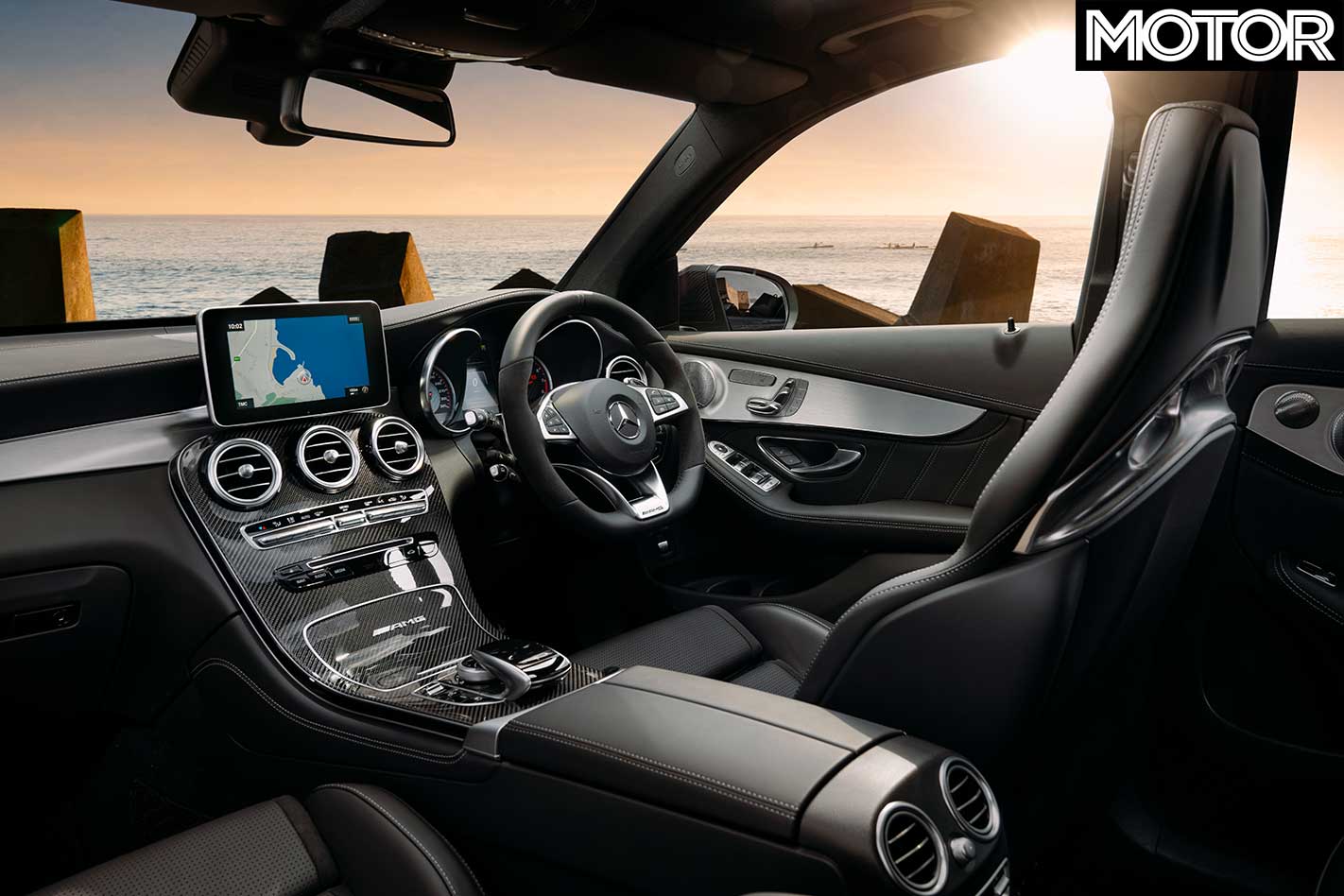 Of course, all this is true of the GLC43, which isn’t exactly a slouch and more than $60,000 cheaper; the GLC63’s price elevates it beyond the current mid-size SUV offering and into the air occupied by the Audi RS4 Avant – tough competition.

Nonetheless, buyers expecting a practical SUV that isn’t too big, goes like hell and sounds like Armageddon will find all their boxes ticked. The fact that it possesses a surprisingly level of dynamic nous is merely a bonus. The driver’s SUV remains a tough sell, but the Mercedes-AMG GLC63 S offers one of the most convincing cases yet. 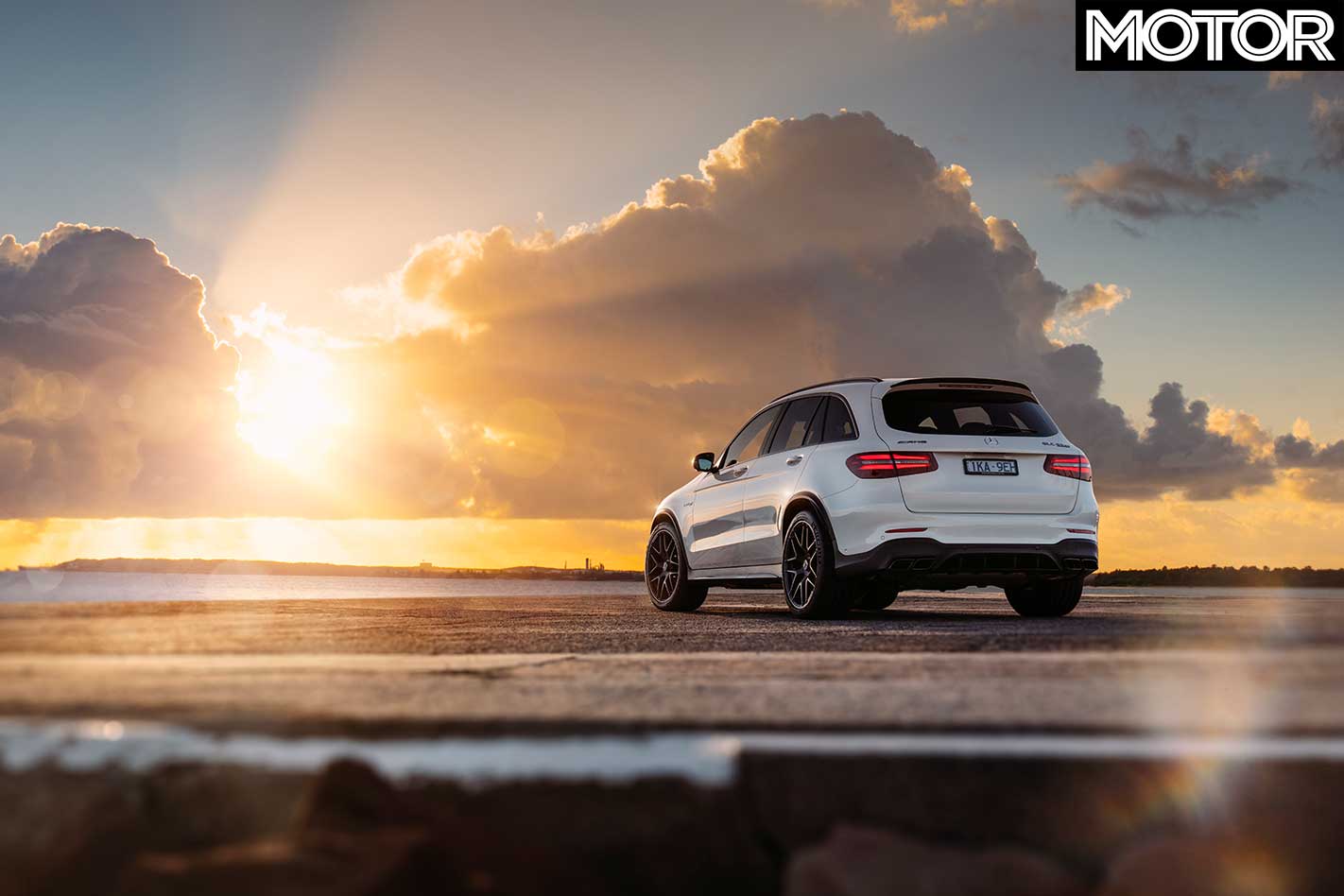 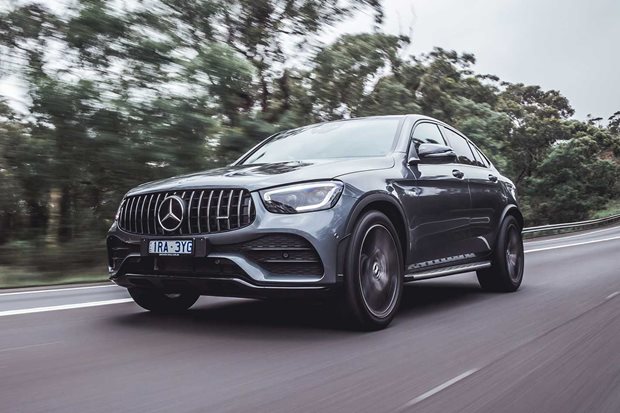 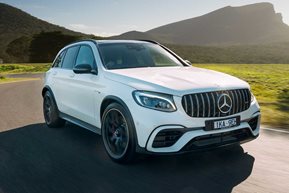 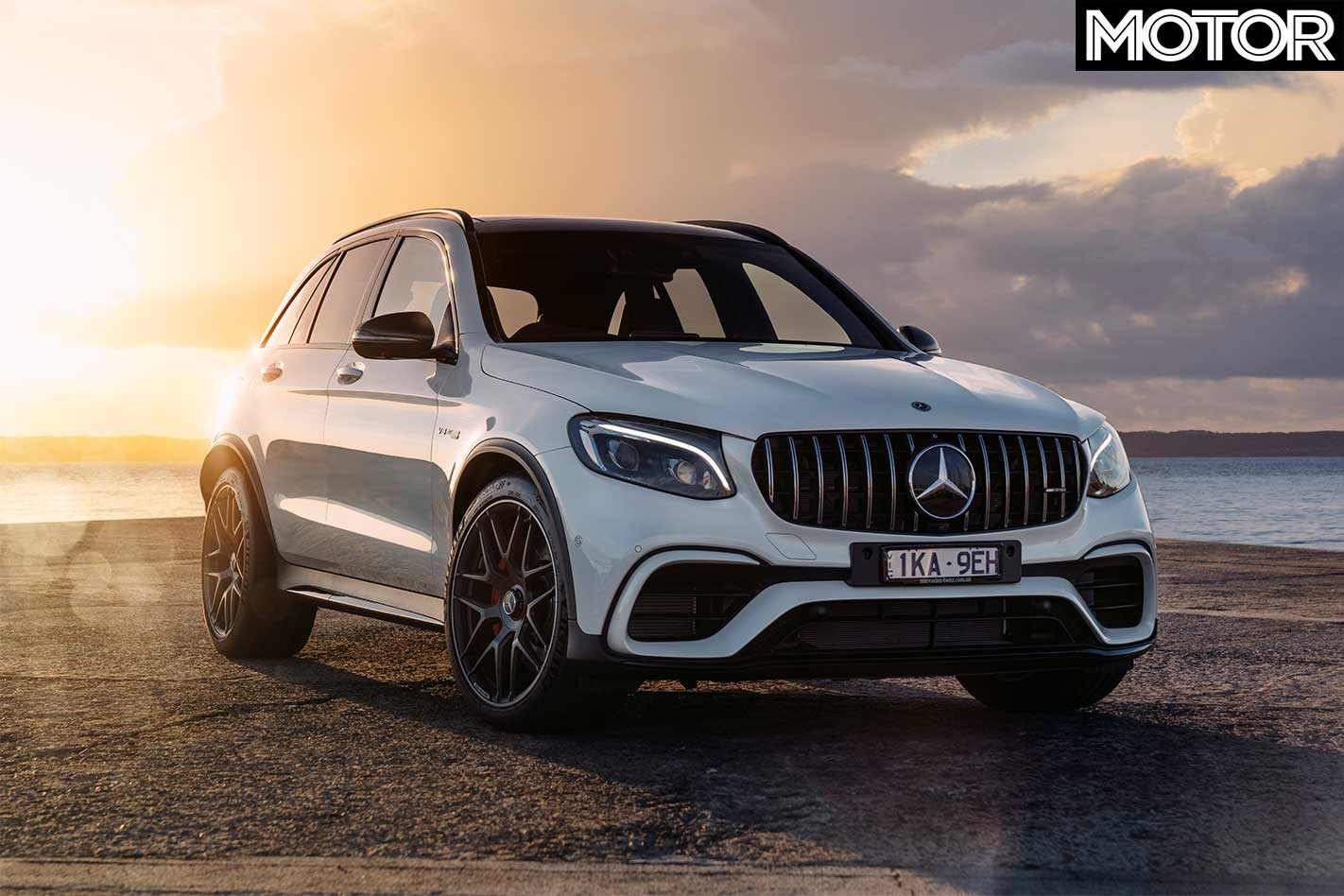 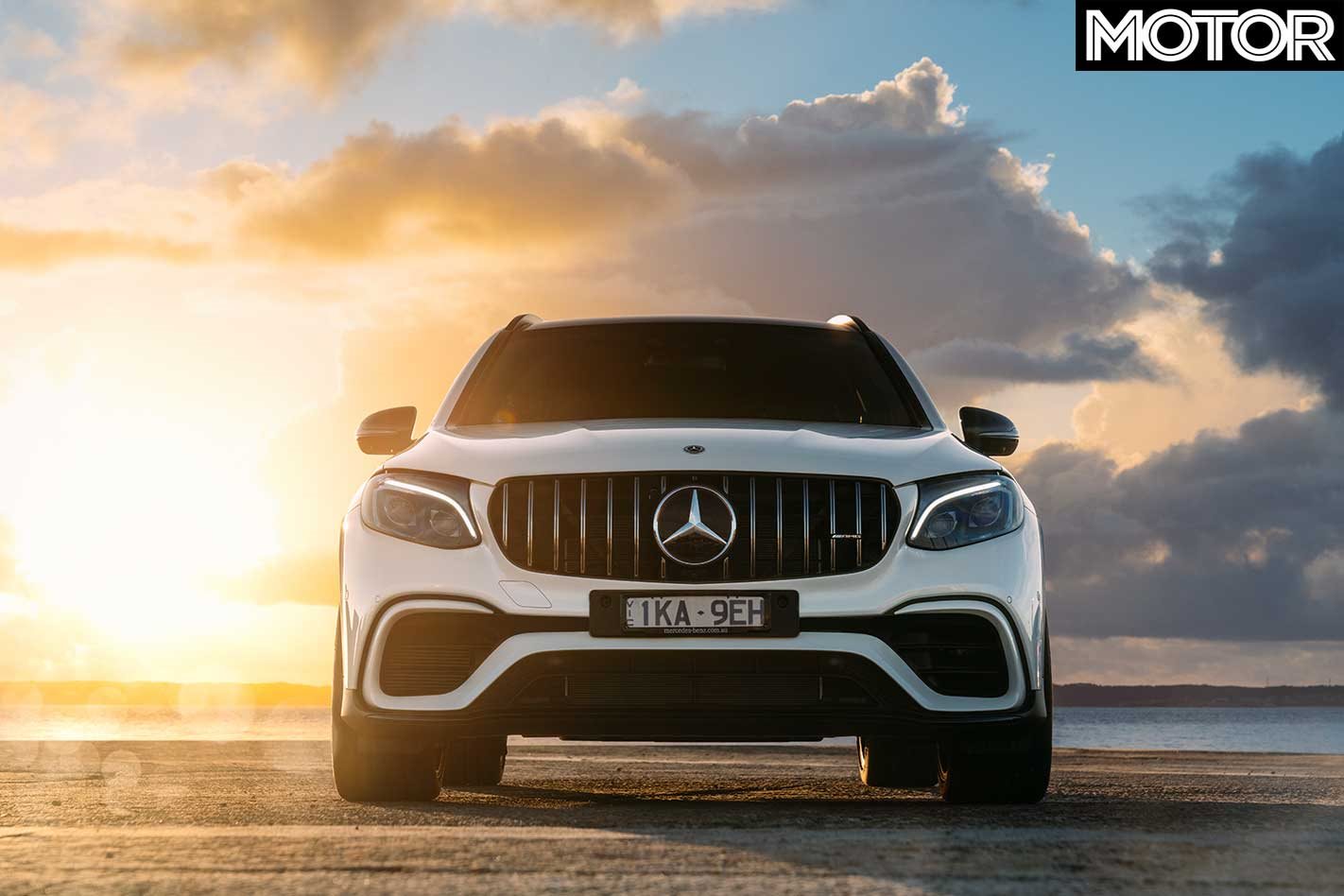 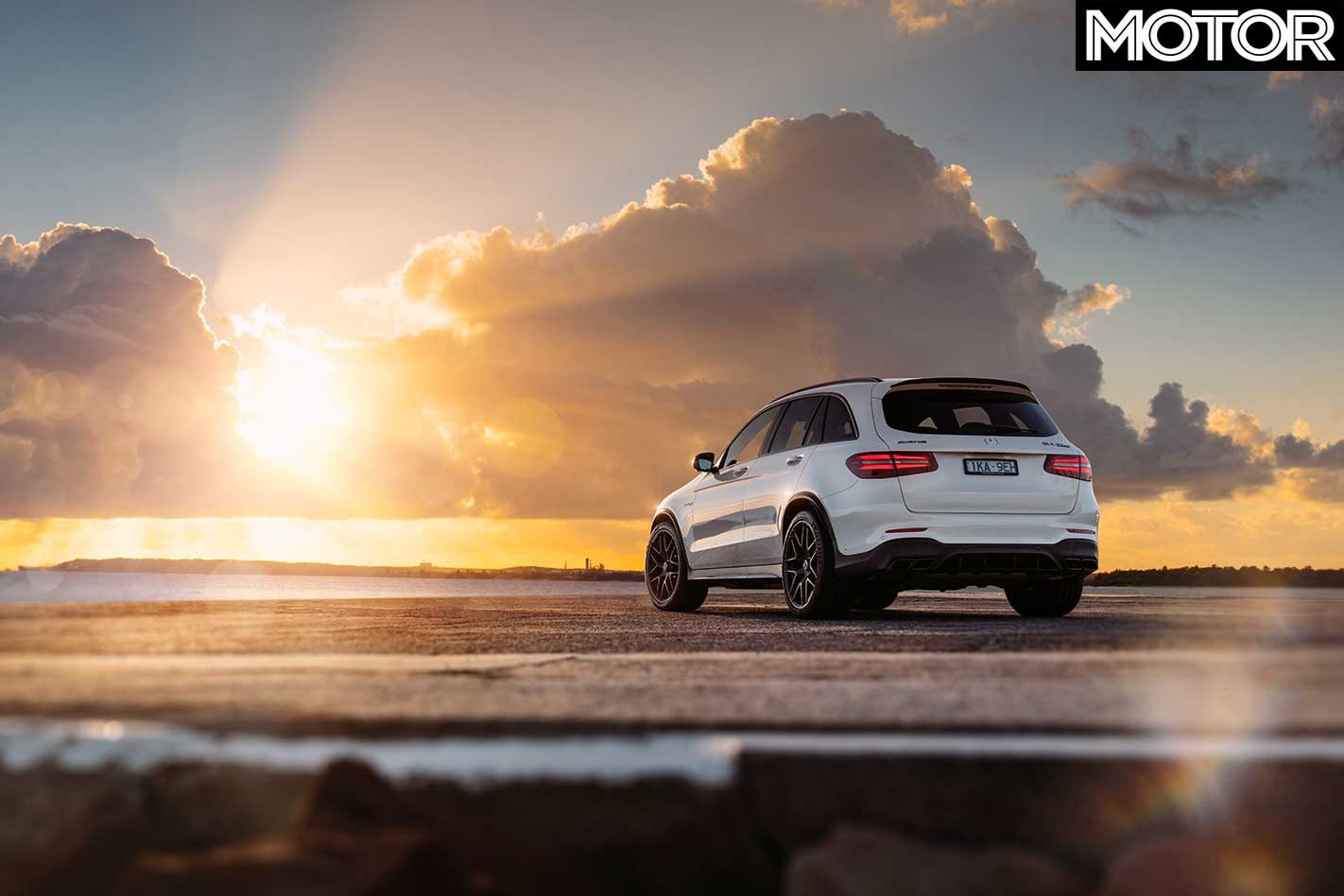 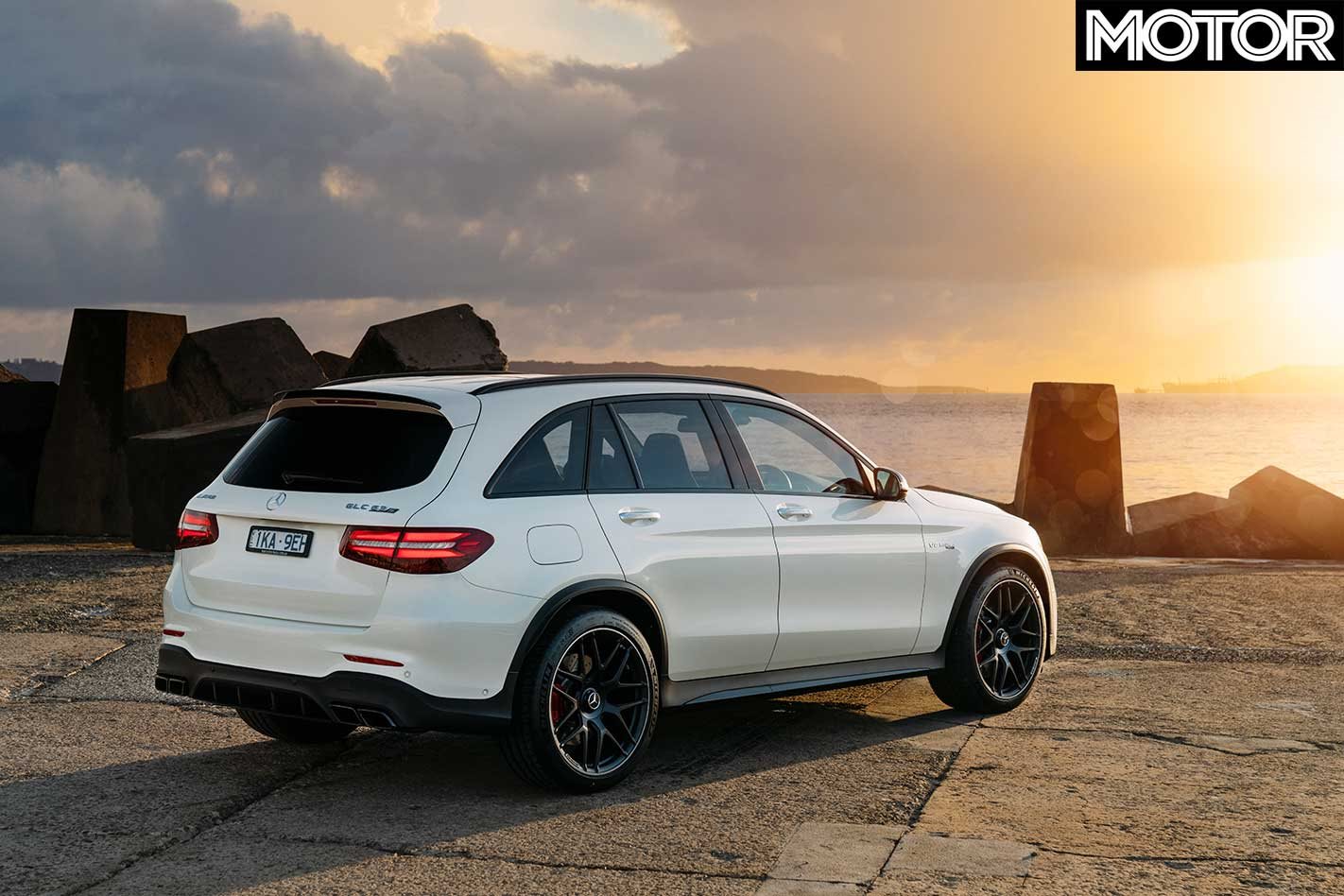 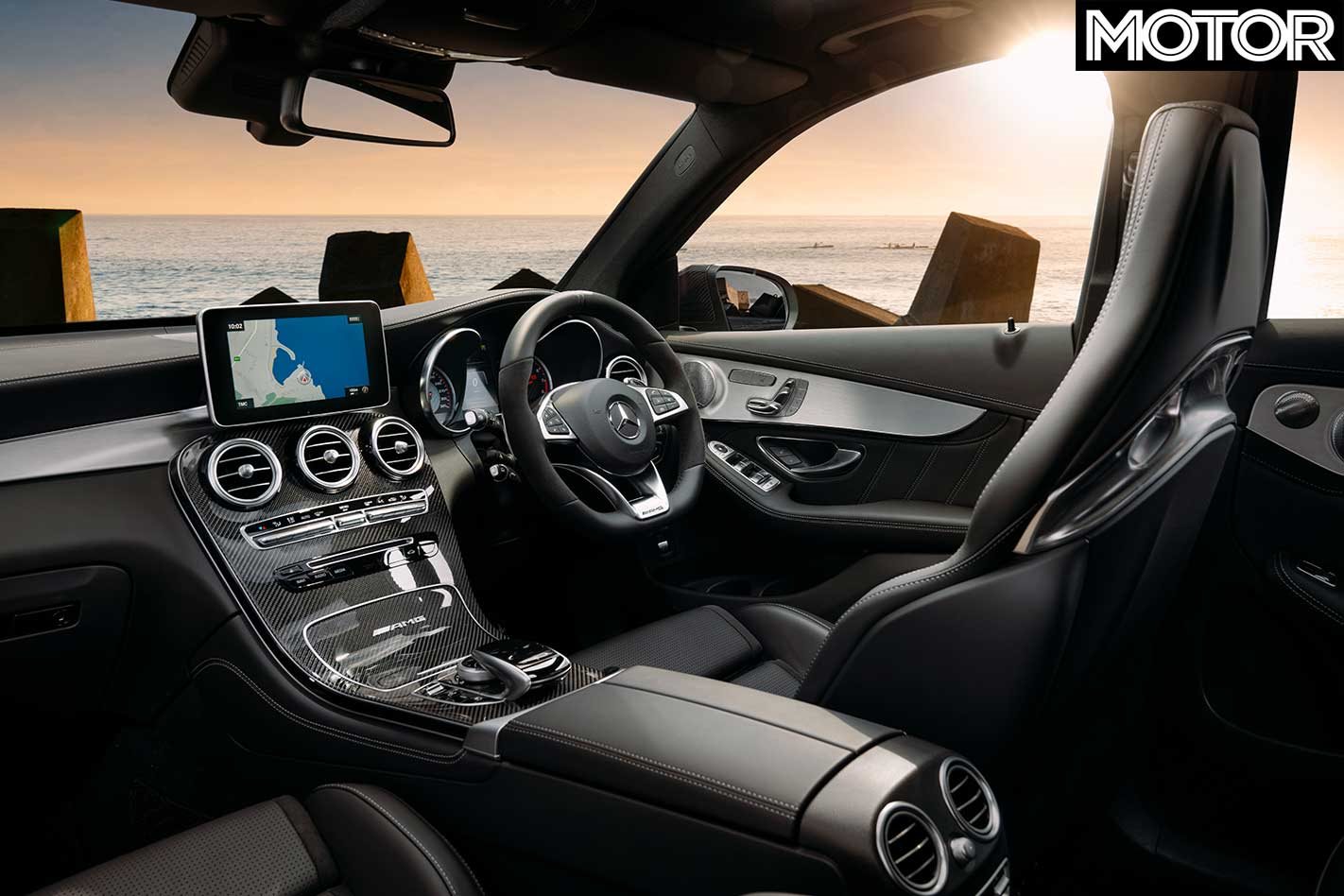 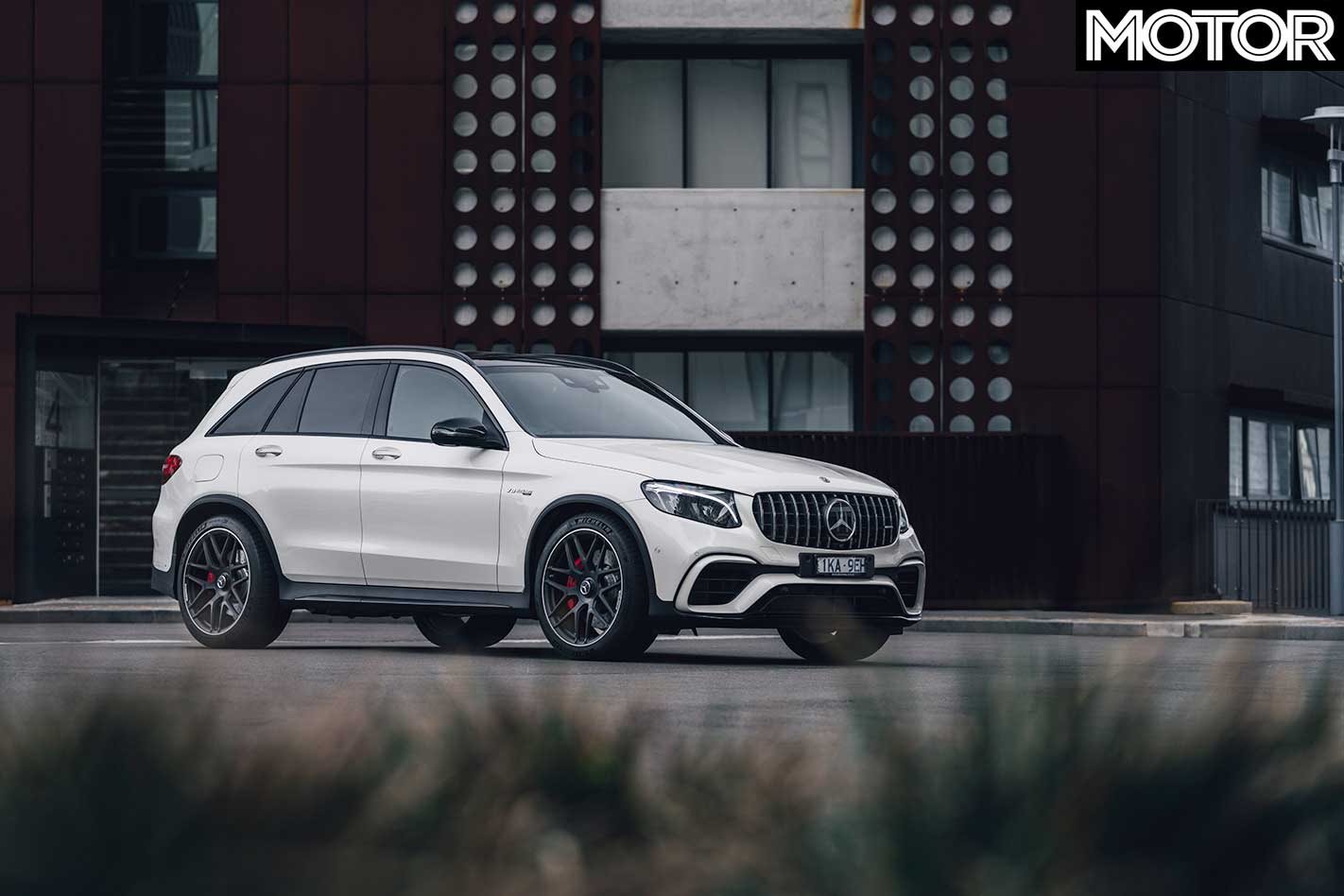 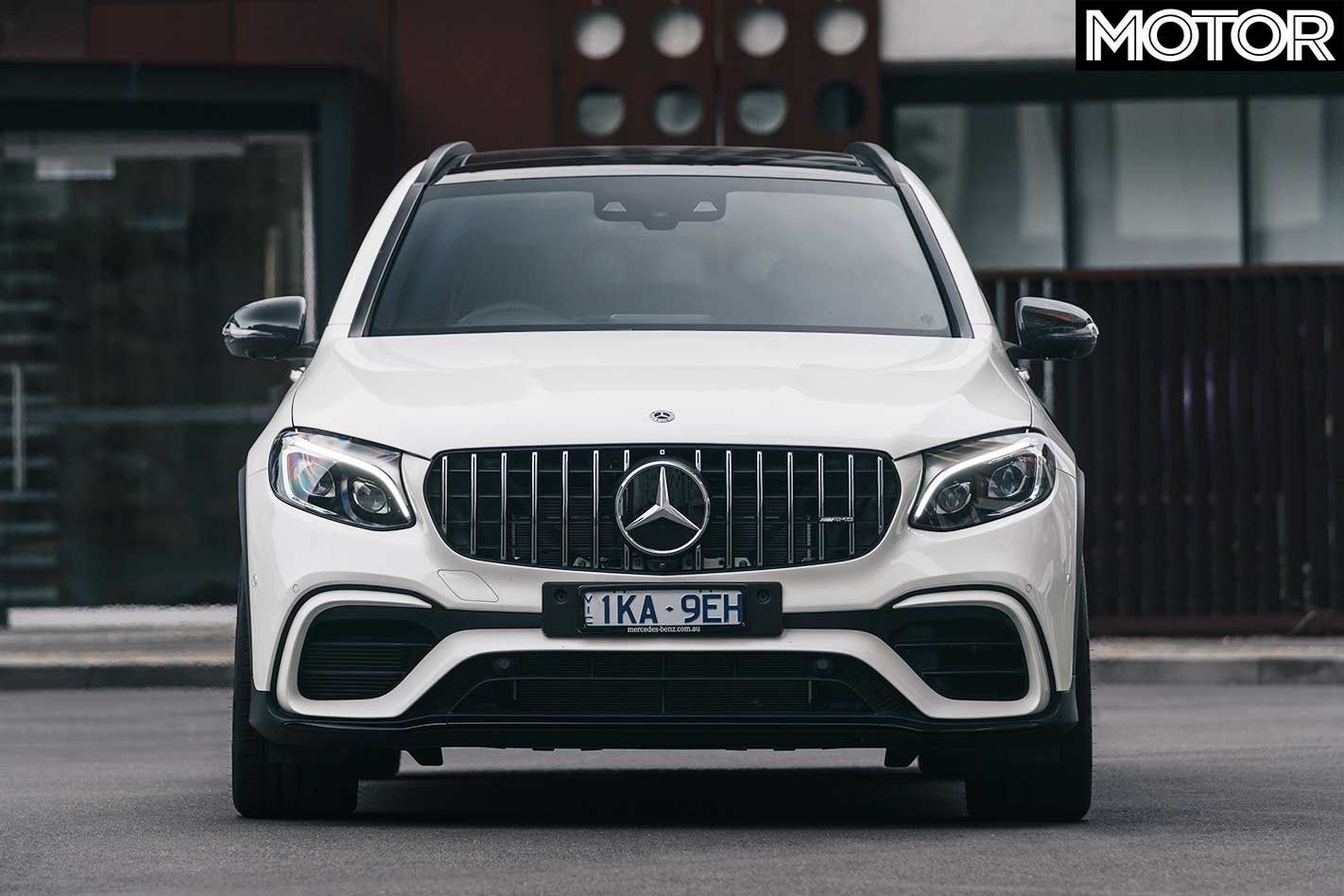 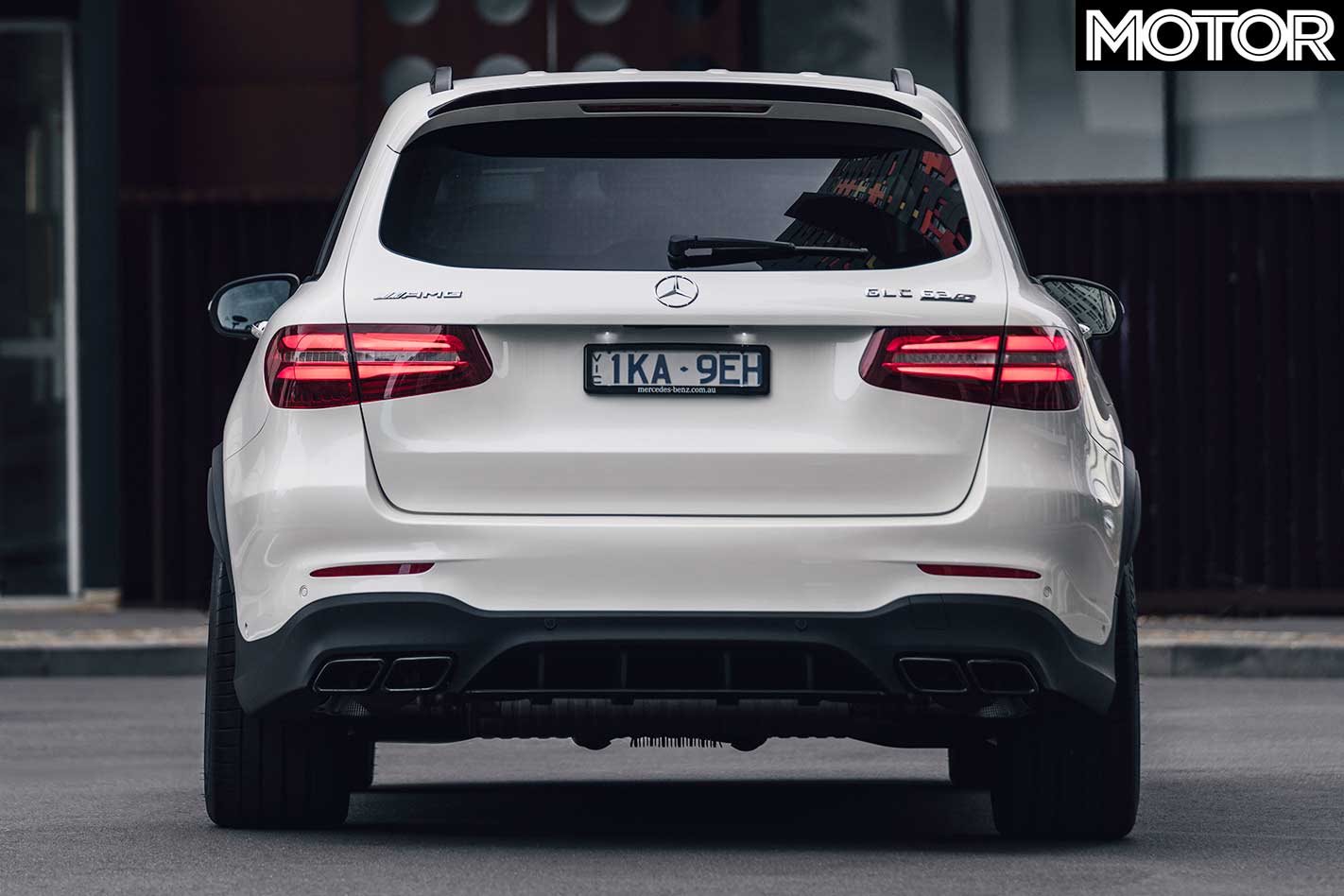 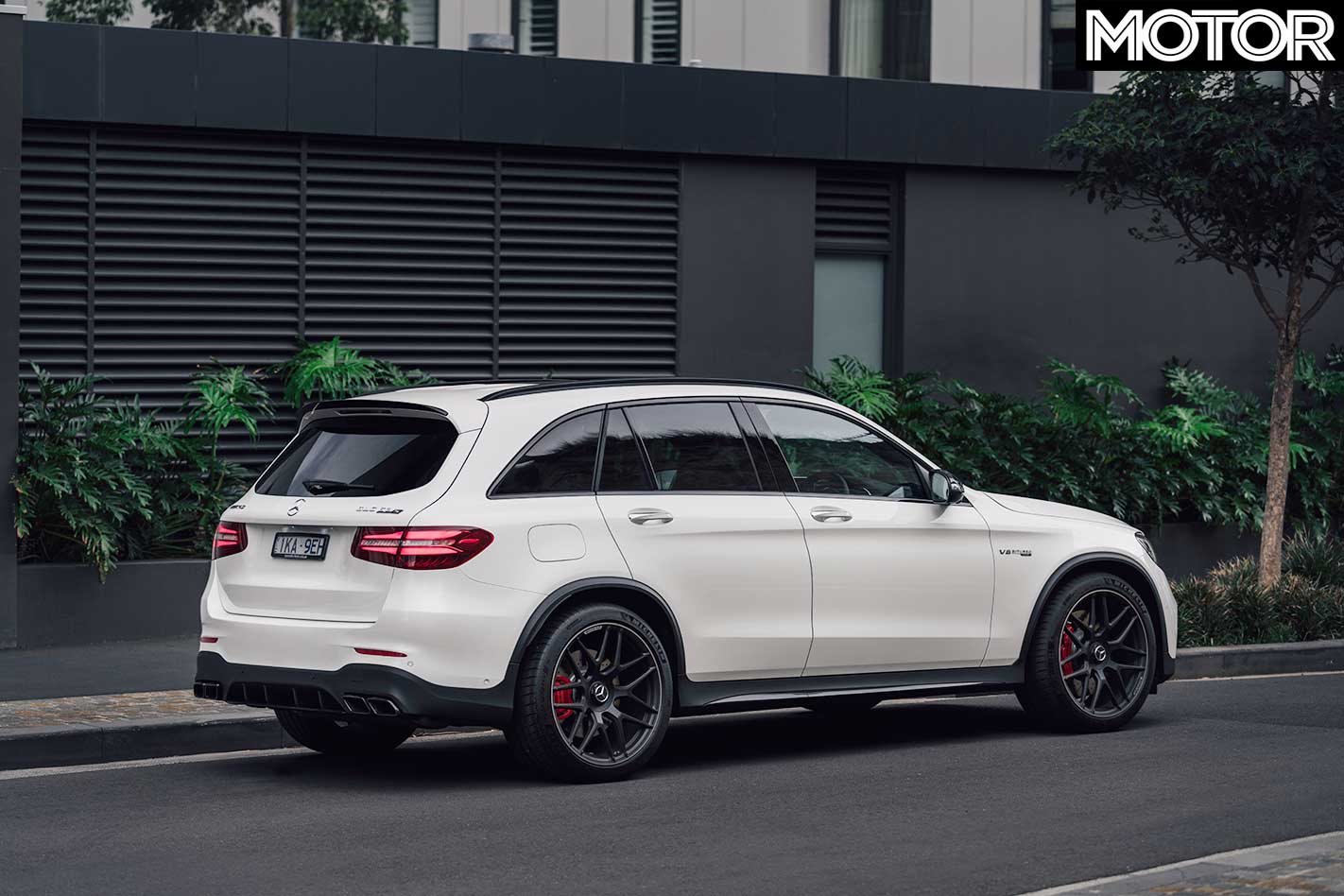 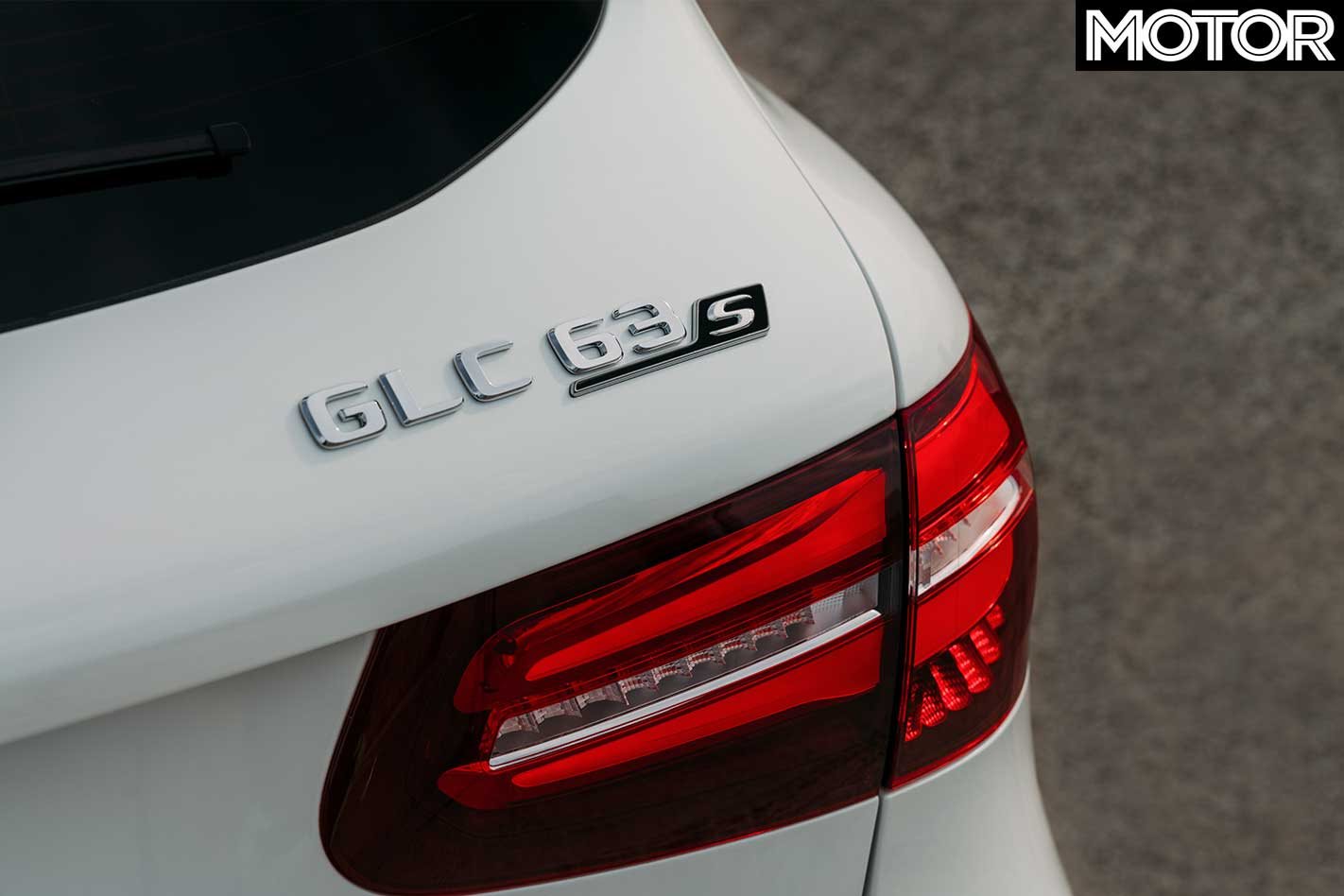 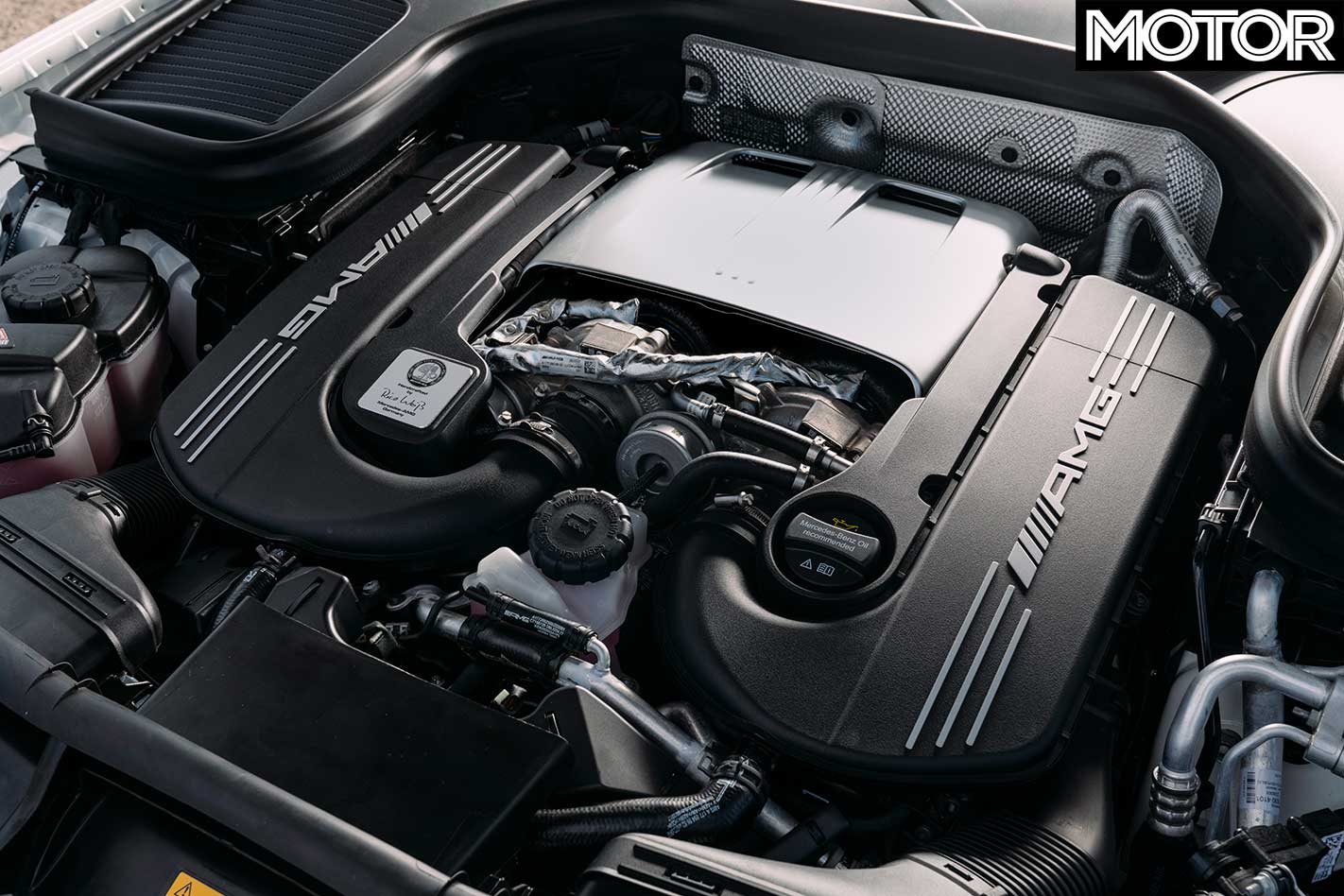 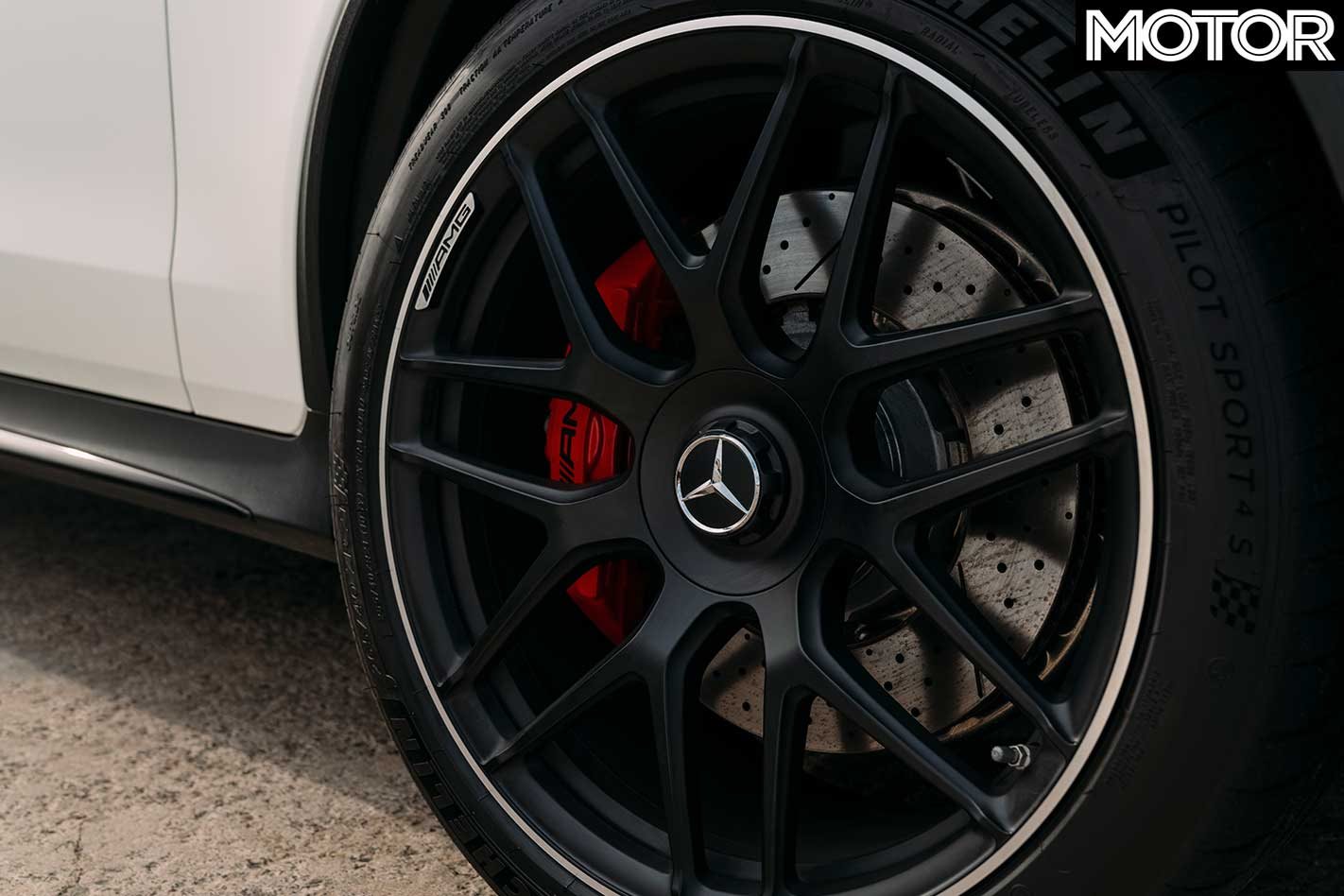 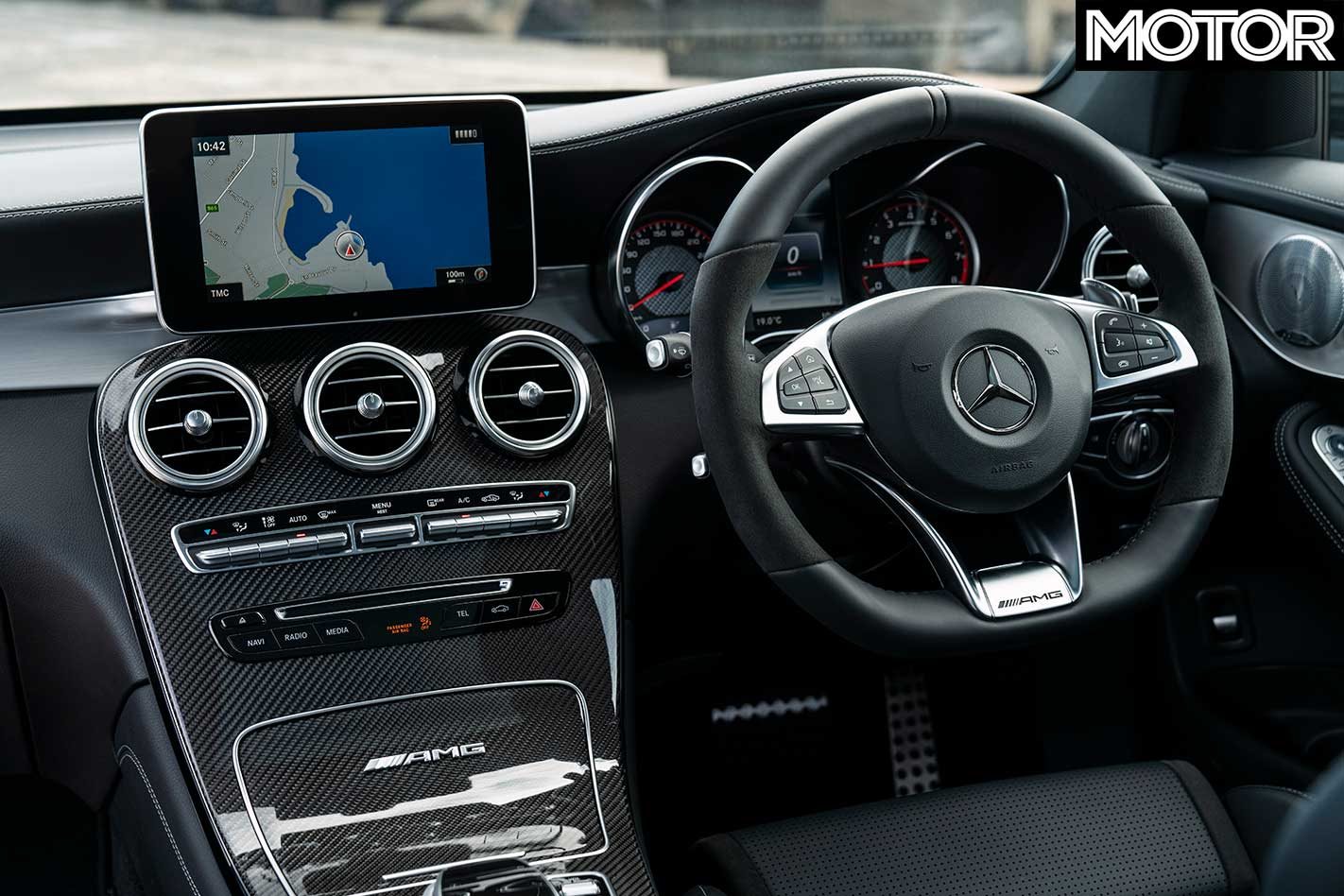 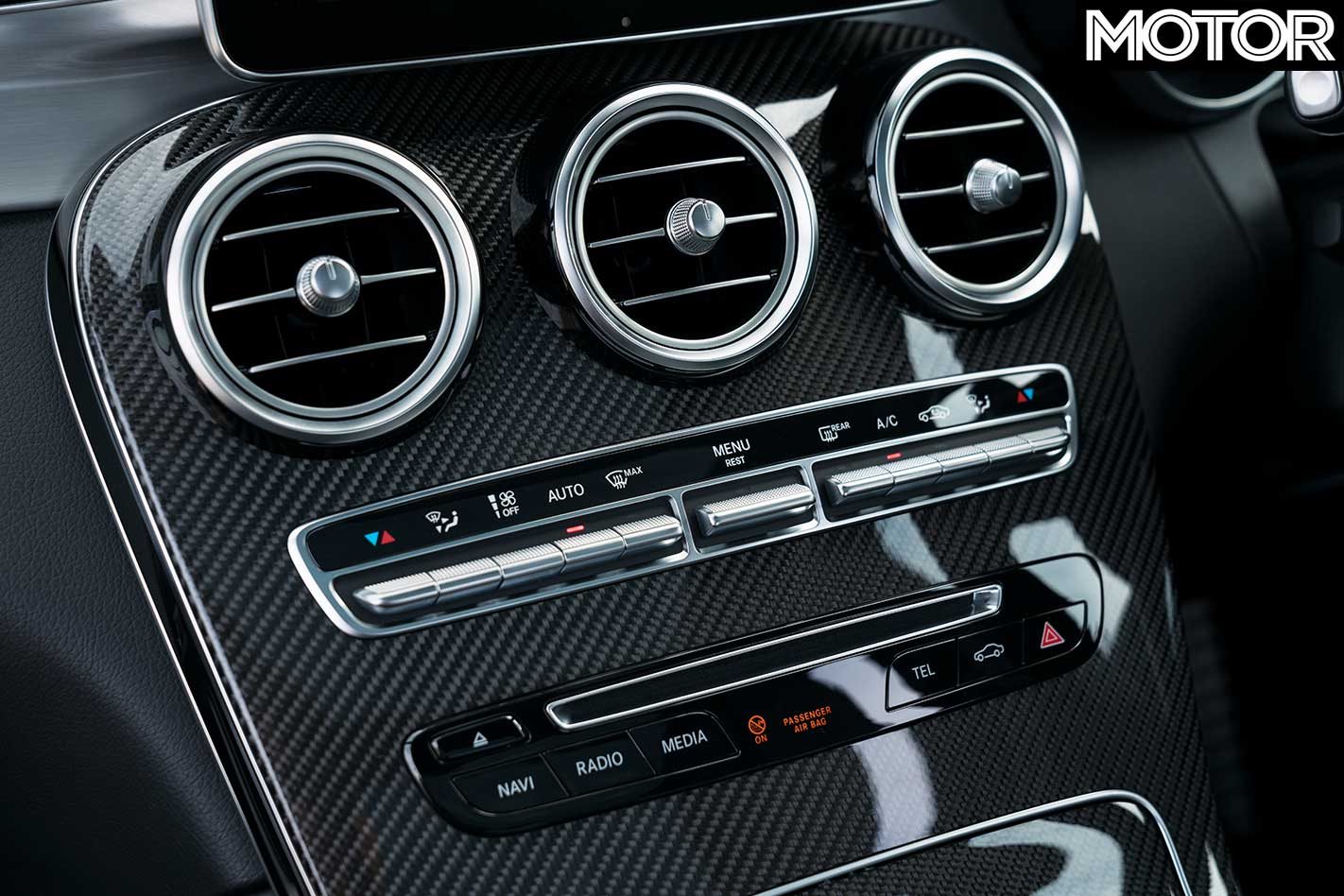 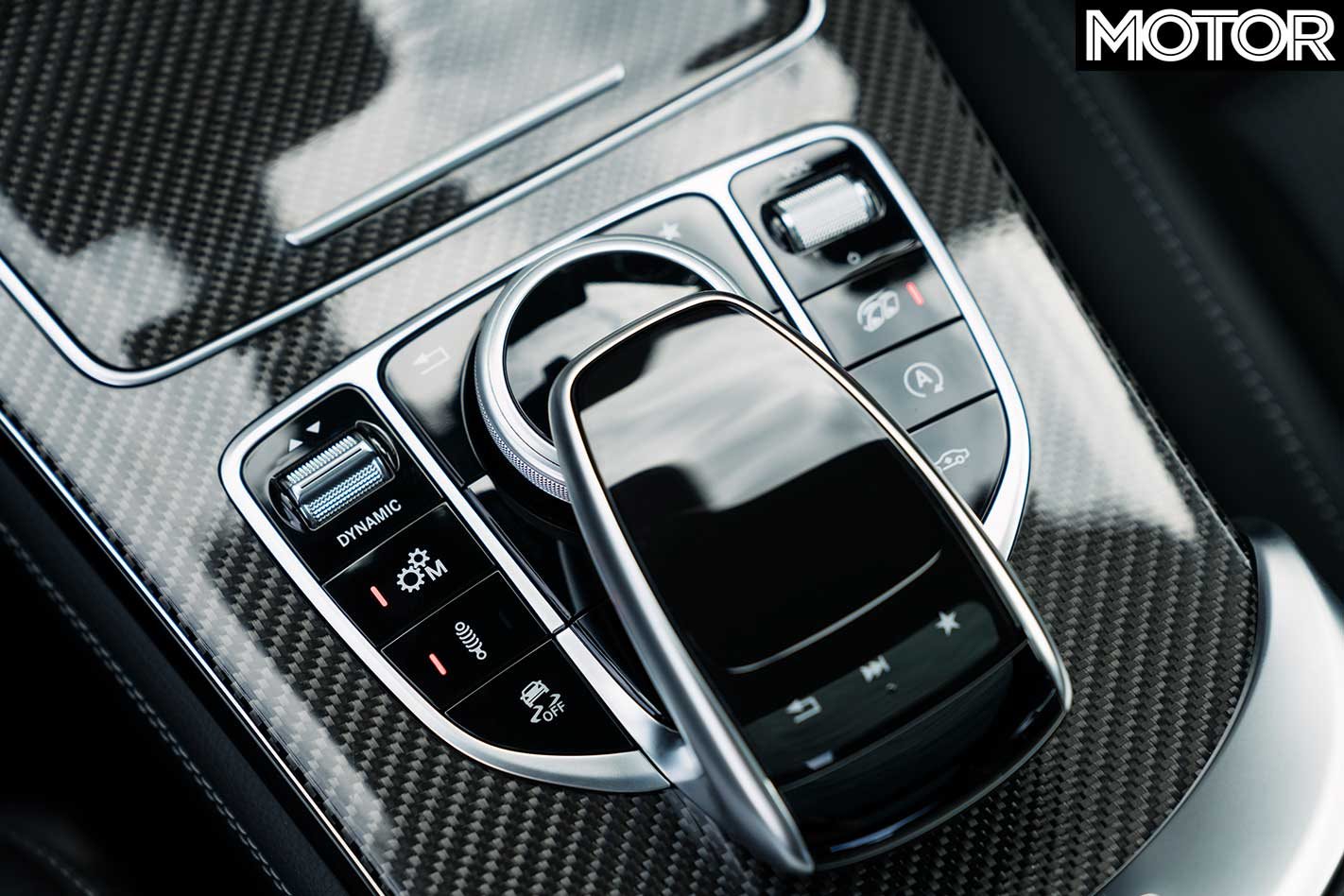 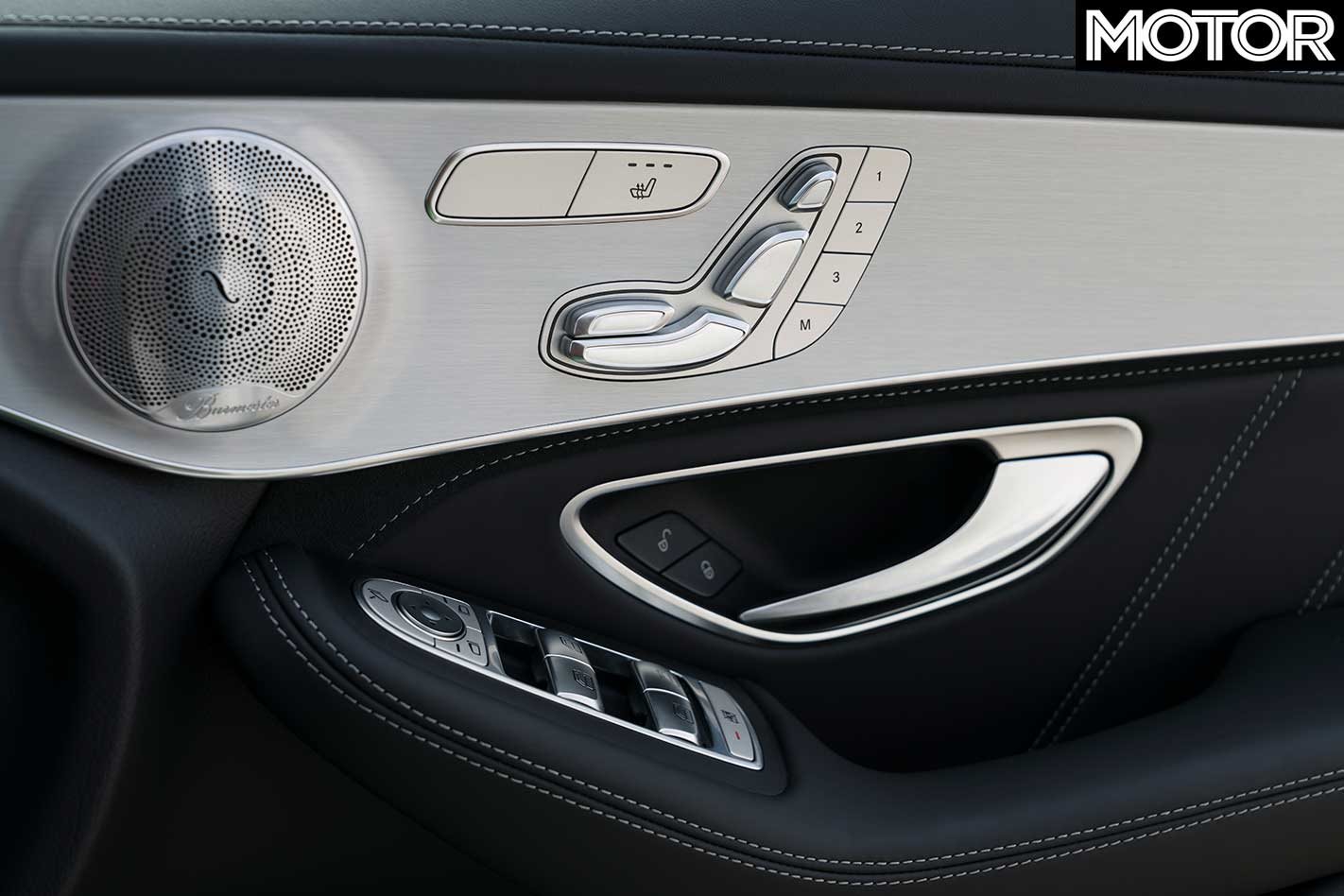 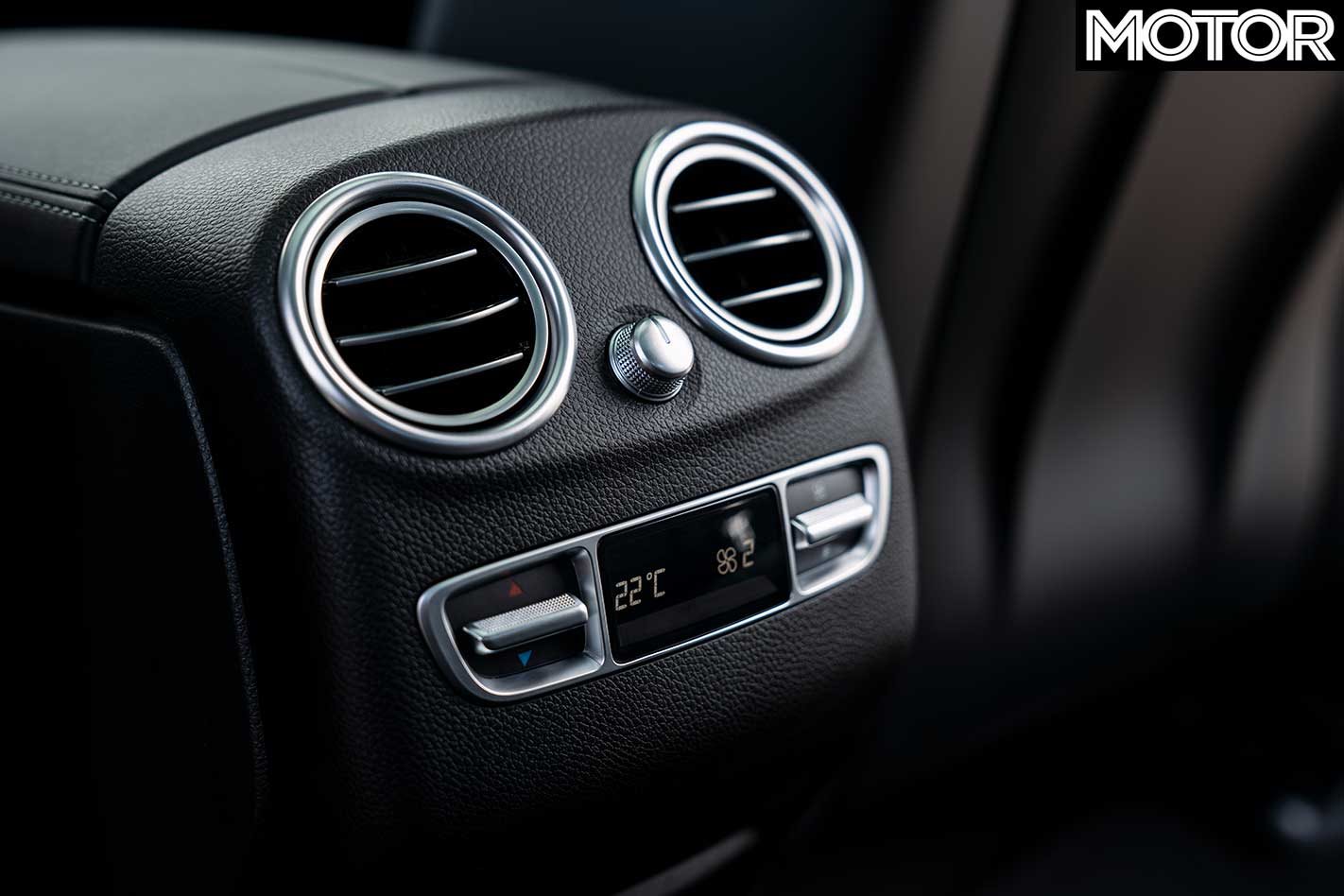 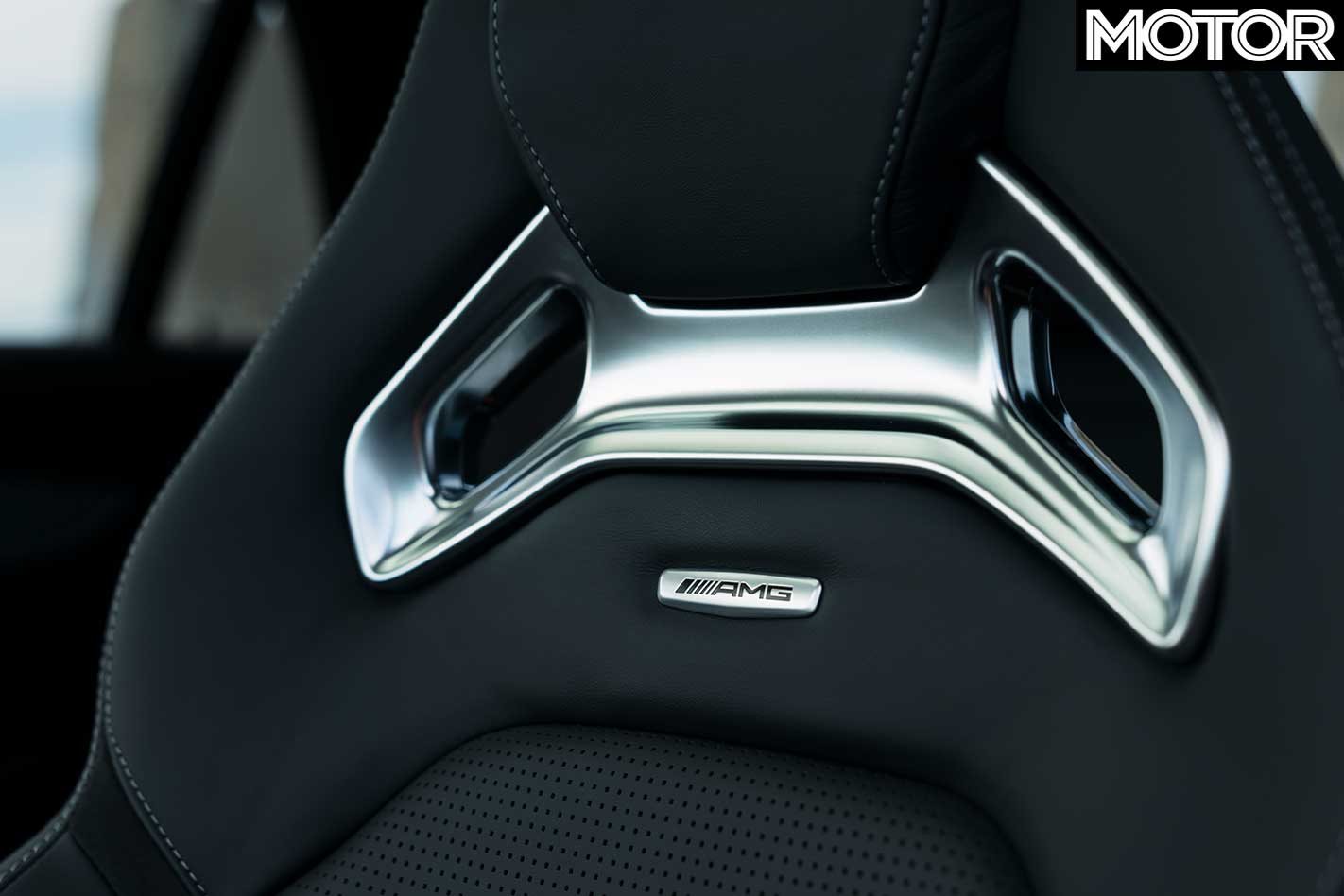