The first car to utilise Volvo’s new CMA (Compact Modular Architecture) platform co-developed with the brand’s Chinese owners, Geely. Asia provided the funding but Sweden was responsible for the core engineering for a platform destined to underpin the next-gen V40 hatchback, as well as any spin-offs that freshly flush Volvo deems commercially viable (think C30 coupe-hatch and V50 wagon replacements, if they get a green light) 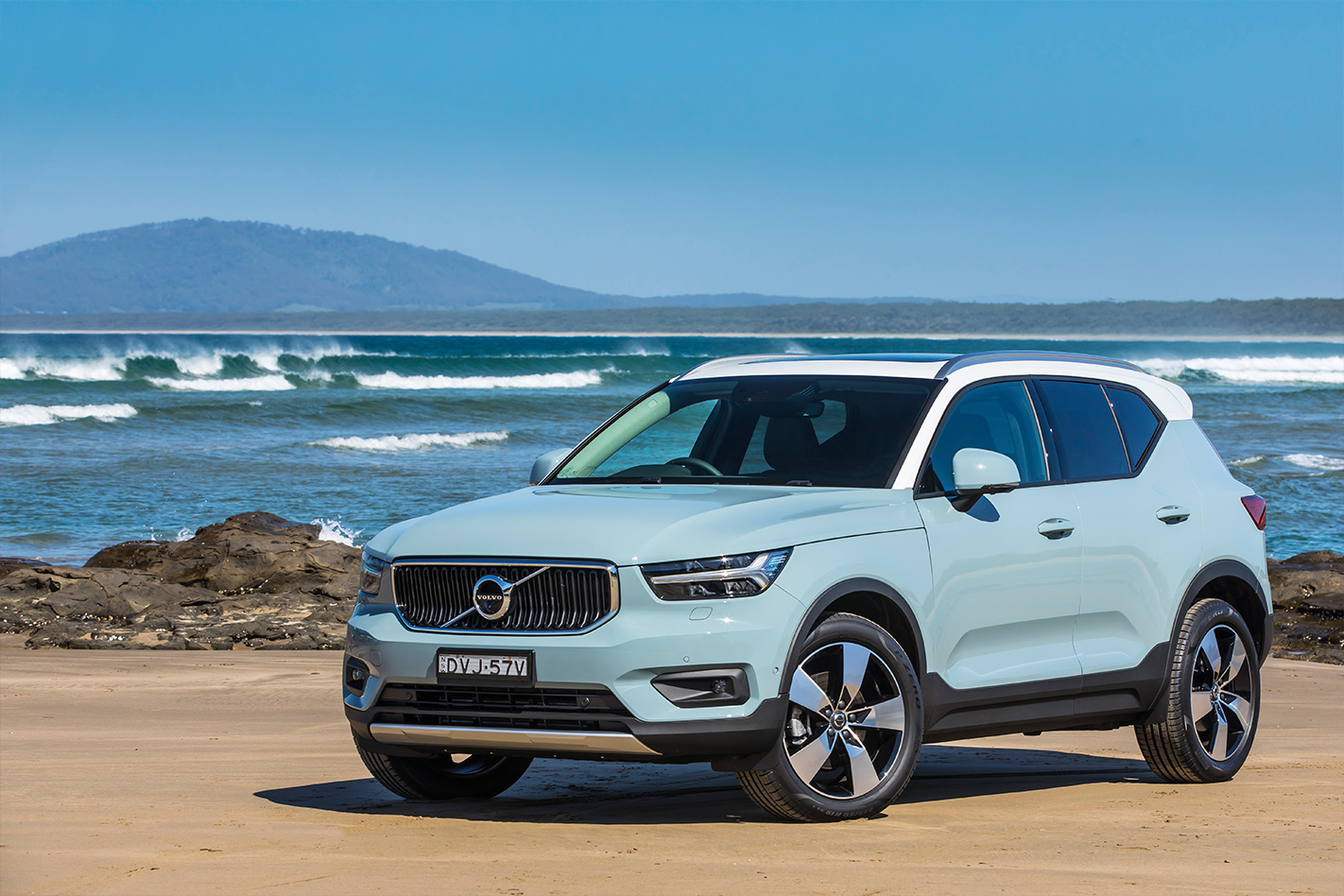 Initial overseas reports suggest the XC40 builds upon the larger XC60’s all-round excellence, while pushing styling boundaries towards the left of centre. And its available colour palette elevates it beyond the monochromatic boredom we’re increasingly being subjected to.

The dated (and soon-to-be-replaced) Audi Q3 and its slightly smaller, much funkier Q2 sibling; the patchy BMW X1 and its sexier X2 derivative; the happy-faced Jaguar E-Pace; and the oddly sized, recently updated Mercedes-Benz GLA.

Bringing some much-needed Scandinavian styling flair to the premium small SUV sector, the XC40 excels at both utility and sensuality (for an SUV, at least). It’s almost perfectly sized for an urban family – comfortably capable of seating four, with a usefully well-configured boot and plenty of clever storage ideas. That it’s also entertaining to drive, interesting to look at and solid value for money pretty much seals the XC40’s fate. It’s bloody good. 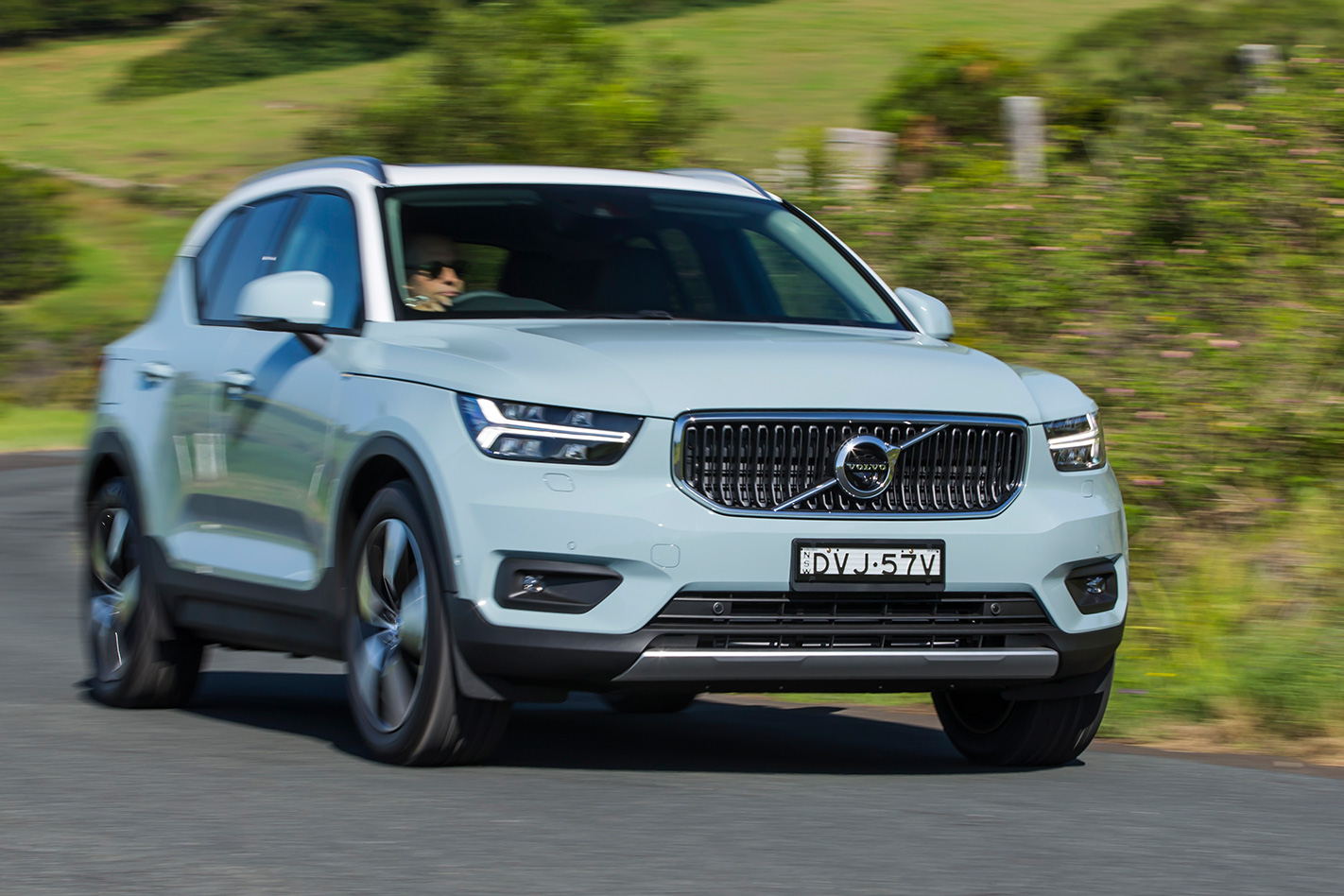 YOU know the zeitgeist has shifted when an SUV debuts an all-new platform, well ahead of its traditional hatch and sedan relatives. And so it proves with the Volvo XC40 – Sweden’s more compact follow-up to the COTY-winning, strong-selling XC60.

Freshly minted in almost every area, while carrying over Volvo’s finest assets (namely powertrain and multimedia systems, among other winning elements), this immensely likeable SUV should be making the Germans second-guess their priorities.

Consciously differentiated from other Volvos stylistically, while retaining the brand’s trademark grille shape and ‘Thor’s hammer’ headlight signature, the XC40 is a chunky, fun-looking thing. Measuring just 4425mm long yet riding on a leggy 2702mm wheelbase, with a body 40mm wider at the rear than the front to give it a buff stance, Volvo’s Senior Vice President of Design, Robin Page, likened the XC40 to a Prada trainer – “expensive, modern, and more playful in character [than its larger siblings]” – which, if your T5 Momentum is painted Amazon Blue with a white roof like our test car, doesn’t sound like too much of an airy-fairy spiel. 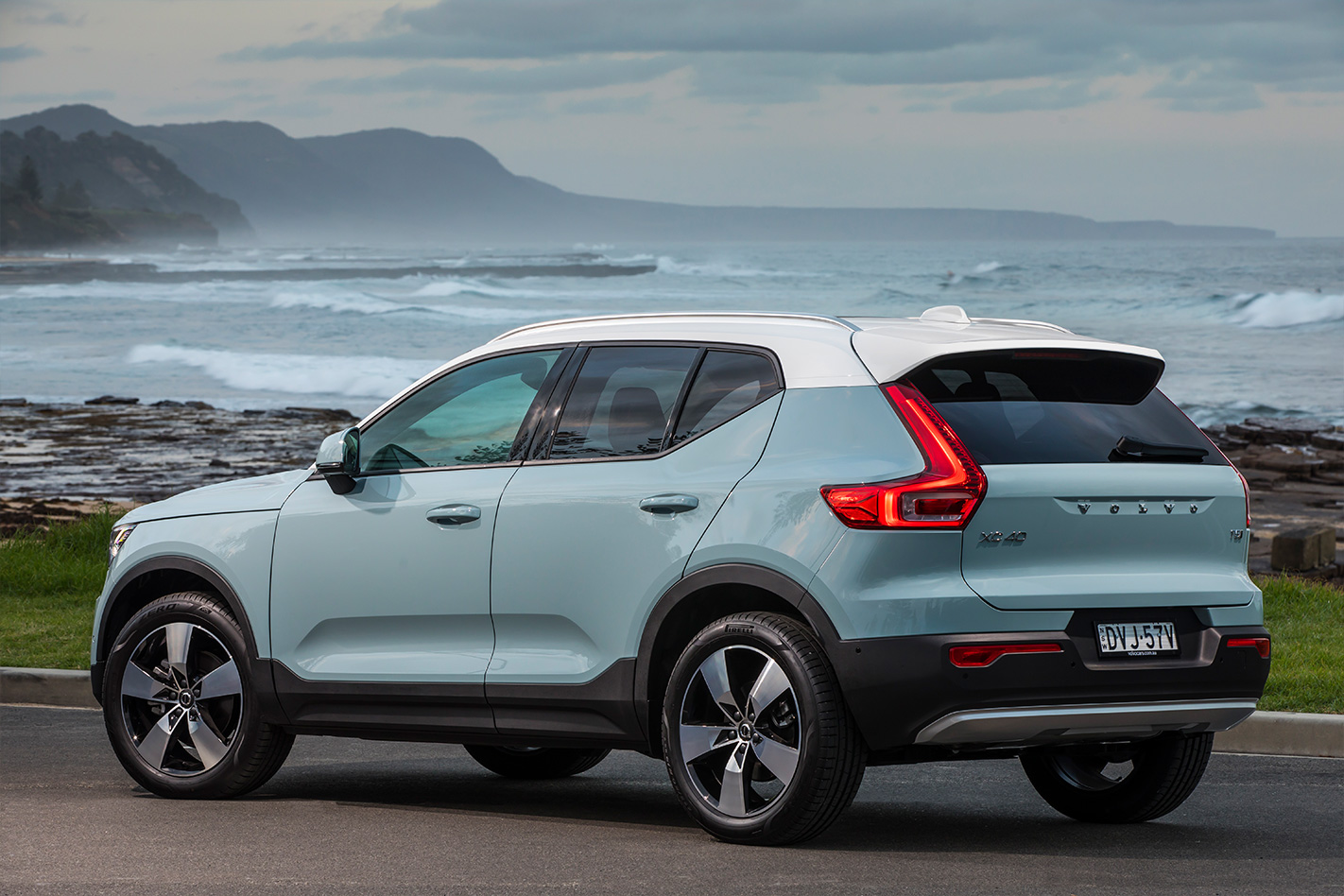 Deliberately packaging the XC40 broad and tall has reaped substantial reward inside. Front seat comfort rivals larger Volvos for excellence of support, yet slender backrest depth delivers ample rear foot- and leg-room, even for six-plus footers. It’s like a baby Tardis. And the rear seat itself is decent, too, with good vision and surprising under-thigh support, despite a relatively short cushion.

The rear-seat backrests fold dead flat almost instantly (either via latches at the top or power-operated buttons in the boot) and the cargo hold measures 460 litres (if you count the underfloor storage) with a configurable floor that concertinas mid-way to prevent your shopping from up-ending, exposing three ‘takeaway’ hooks along its upper edge. Along with stuff like a removable centre bin backed by meshed netting, a fold-out takeaway hook from the glovebox, a rubber-lined storage drawer under the driver’s seat, and the lower front door speakers relocated to inside the instrument panel for greater door-bin room, the XC40 gets a great big tick for utility.

Two models grace Aussie showrooms – Momentum and R-Design (not the up-spec Inscription), in either T5 petrol or D4 diesel guises, with value-focused Launch Editions offered for each – though only the sports-flavoured R-Design offers optional Lava Orange carpet (made from 97 percent recycled plastic) for a touch of ’70s supercar chic. And only the Momentum can be had in ’60s-retro Amazon Blue paint with a white roof (pictured). 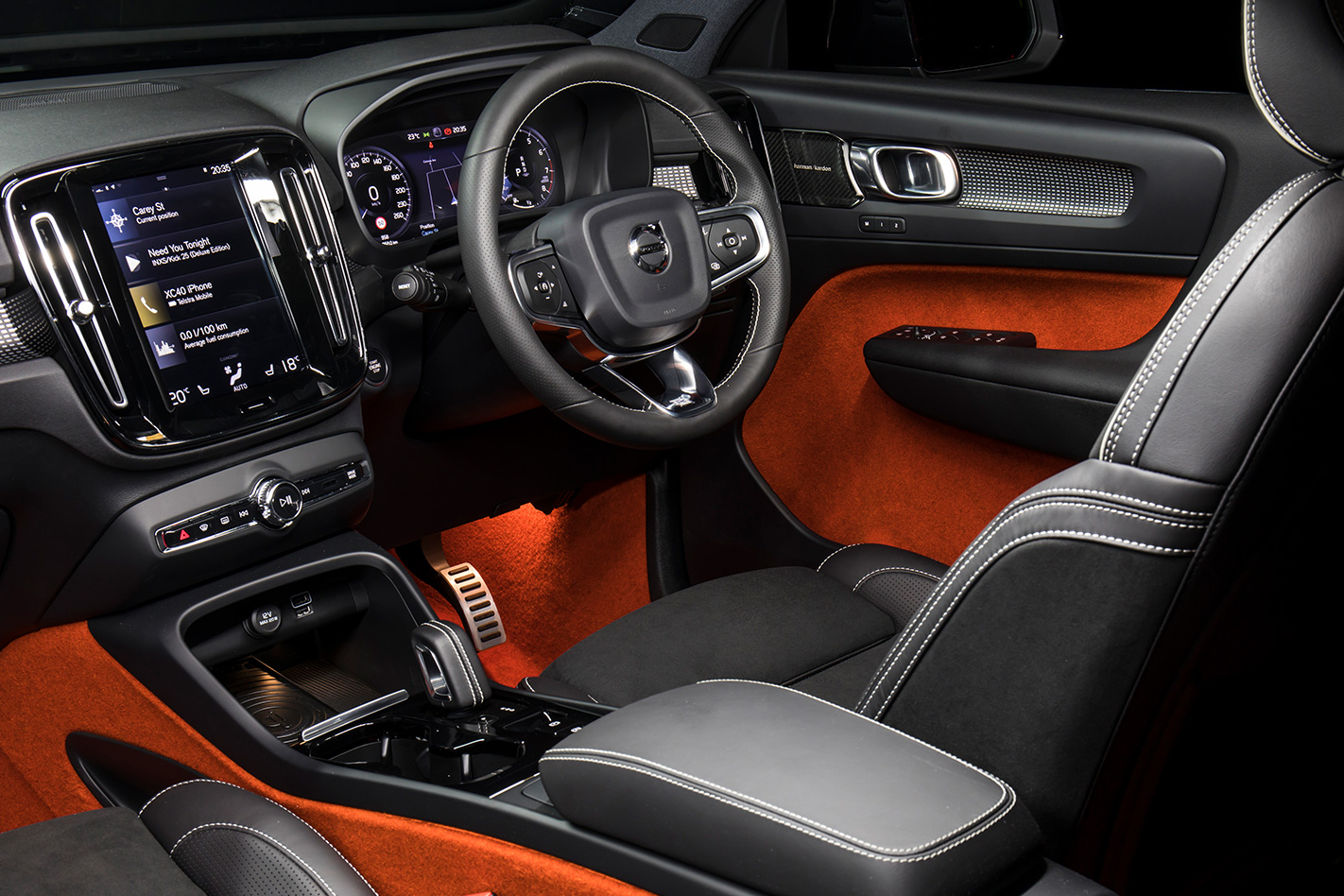 Indeed, the XC40 cuts a dash colour and trim wise. All R-Designs get contrasting black roof sections and lush leather/microfibre trim with acres of white stitching, while the carpet extends the entire length of the centre console (as per XC60) and right up into the upper door sections. In orange, it’s a striking counterpoint to the drab conservatism of all-charcoal. Likewise the leather colour choices for the Momentum (amber, blonde and oxide red, as well as charcoal), match with five exterior hues featuring white-painted lids or seven single colours.

There isn’t a whole lot of choice in the drivetrain department, though that’s hardly an issue. Both the 182kW/350Nm turbo-petrol and 140kW/400Nm turbo-diesel 2.0-litre fours, matched to slick Aisin eight-speed automatics and all-wheel drive, head the class for output and performance. Only T5 petrols were at the Aussie launch, with the union between engine and chassis proving a sweeter combination than in the XC60 (which is better-suited to the torquier, lazier diesel).

The XC40 T5 offers genuine grunt – 0-100km/h in a claimed 6.5sec is hot-hatch (or BMW X1 xDrive25i) territory – and yet it manages to combine that urge with silky refinement. The R-Design gets steering-wheel paddles (with chintzy shiny-plastic facings undermining the feel of the rubberised backs), while the Momentum relies on the pert little shift knob’s intuitive left-right pulsing for up/down manual shifts (as per old Mercedes-Benz autos). Curiously, bumping the lever from Park into Drive is a slightly frustrating two-stage process – it selects neutral first, then D – though I imagine owners would get used to it. Everyone else will simply feel like a numpty. 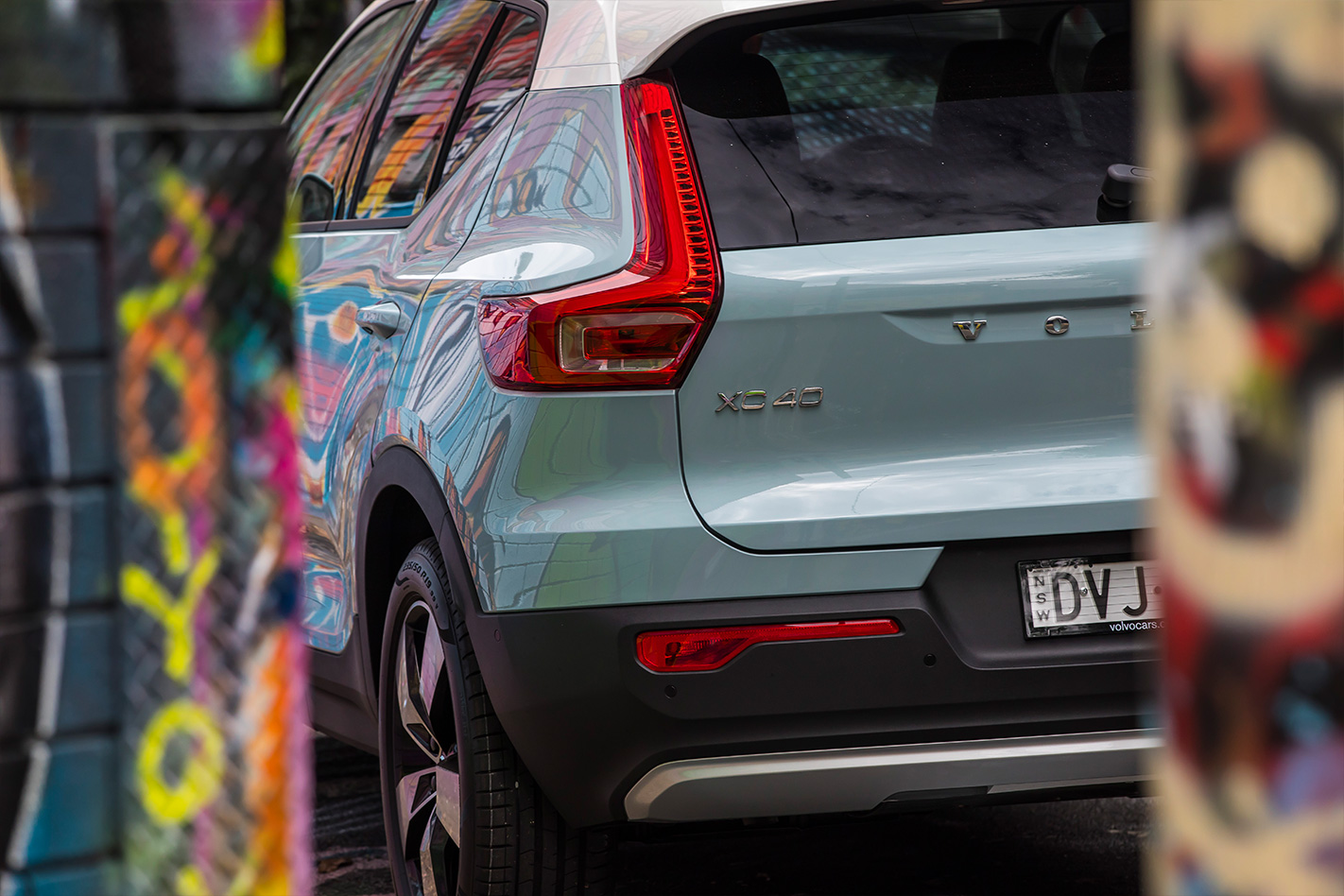 It’s the XC40’s dynamic performance, however, that elevates this delightfully designed bundle of goodness to serious-contender status. While there’s a lack of compression damping in the XC40’s standard suspension set-up (no launch cars were fitted with the optional ‘Four-C’ adaptive dampers), making it more familiar with its front bump stops over larger hits than it should be, its poised confidence in corners is terrific.

Wearing 235/50R19 Pirelli P Zeros on our test Momentum Launch Edition, its keenness to change direction, its ability to involve its multi-link rear end when turning in, and the newfound feel in this Volvos steering mark it as a cut above the already-impressive XC60. And there’s a noticeable calibration improvement here too, with greater finesse in the XC40’s throttle response in Dynamic mode, and its overall steering weighting. Even in Comfort, the XC40 Momentum is an amusing car to hustle, belying its 1684kg-plus kerb weight, with the 245/45R20-tyred R-Design version raising the grip threshold even further. It’s also quiet, with an admirable lack of sensitivity to road-surface changes.

READ NEXT: Volvo’s owner, Geely, takes a leap on flying cars of the future

If I had to play devil’s advocate, I’d point out that the Belgian-built XC40 can’t match the precision of a Lexus SUV’s panel fit, and that the trim gap between dashboard’s left-side trim insert and centre stack on our test Momentum was an isolated case. I’d also mention that unless the 13-speaker Harman Kardon stereo is set to driver-focus and its surround-sound effect cranked right up, you can tell the audio staging is completely dash-centric (no lower door speakers, remember, only upper tweeters). But there’s plenty of distortion-free bass on offer. 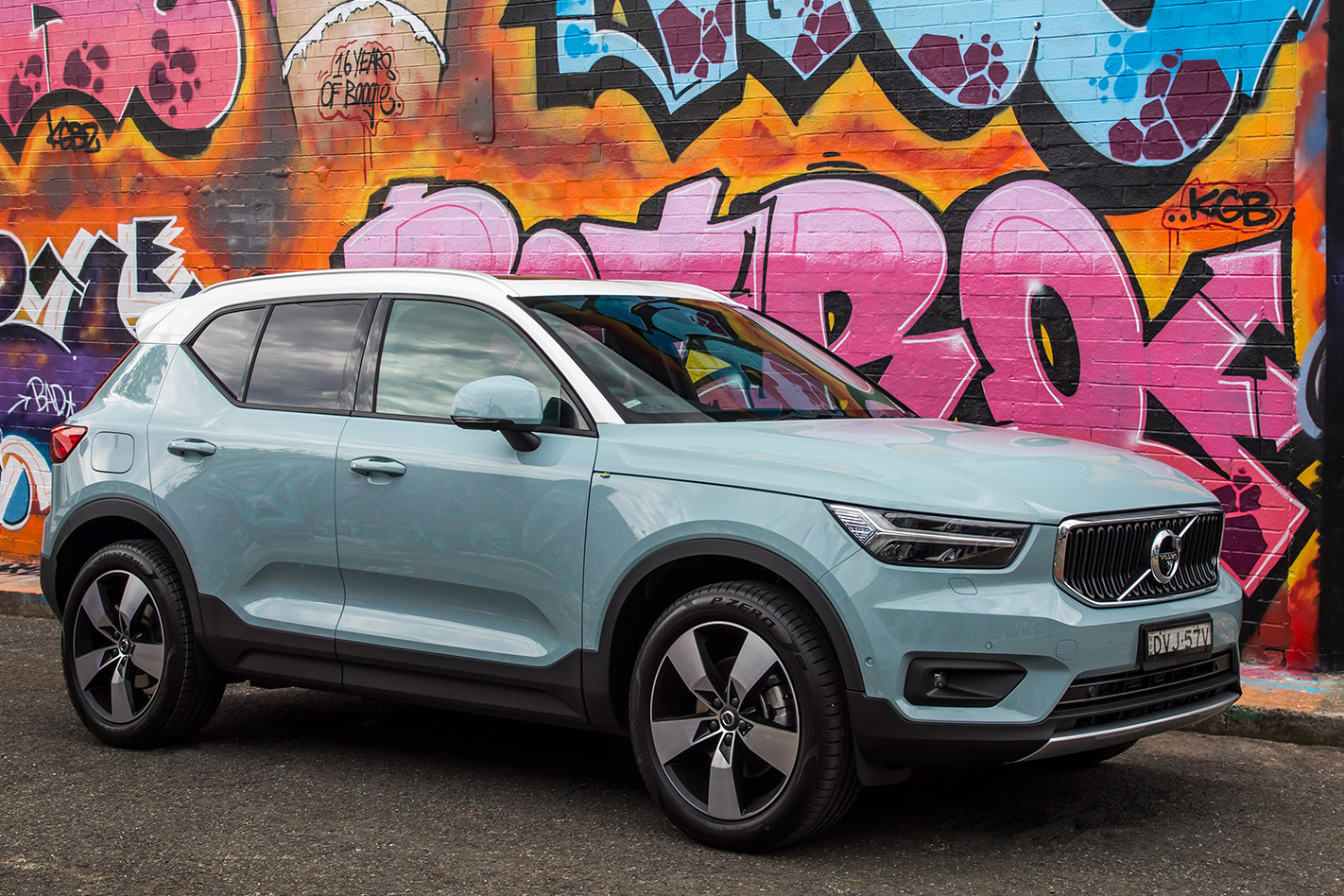 So, as we quietly hoped, this CMA-platformed Volvo SUV has taken all the talent and Scando suaveness of its larger XC60 sibling and run with it. Cool and quirky, yet also clever and capable, the XC40’s packaging is so comprehensively kick-arse that it’s not just a mega-strong challenger to the Audi Q2s and BMW X1s of this world, but also a genuine alternative to a flagship Mazda CX-5. And that buys it a ticket to potential greatness. 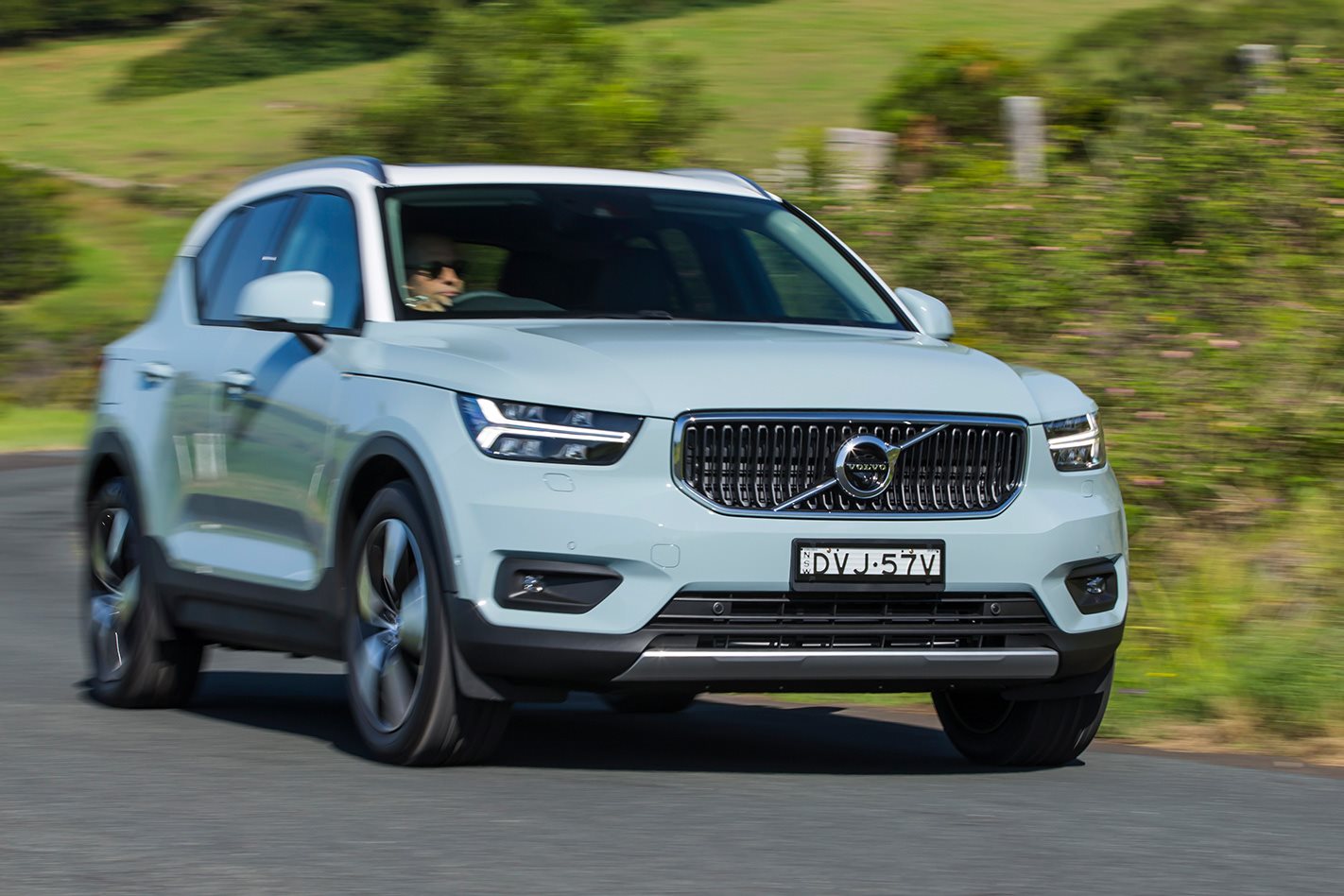 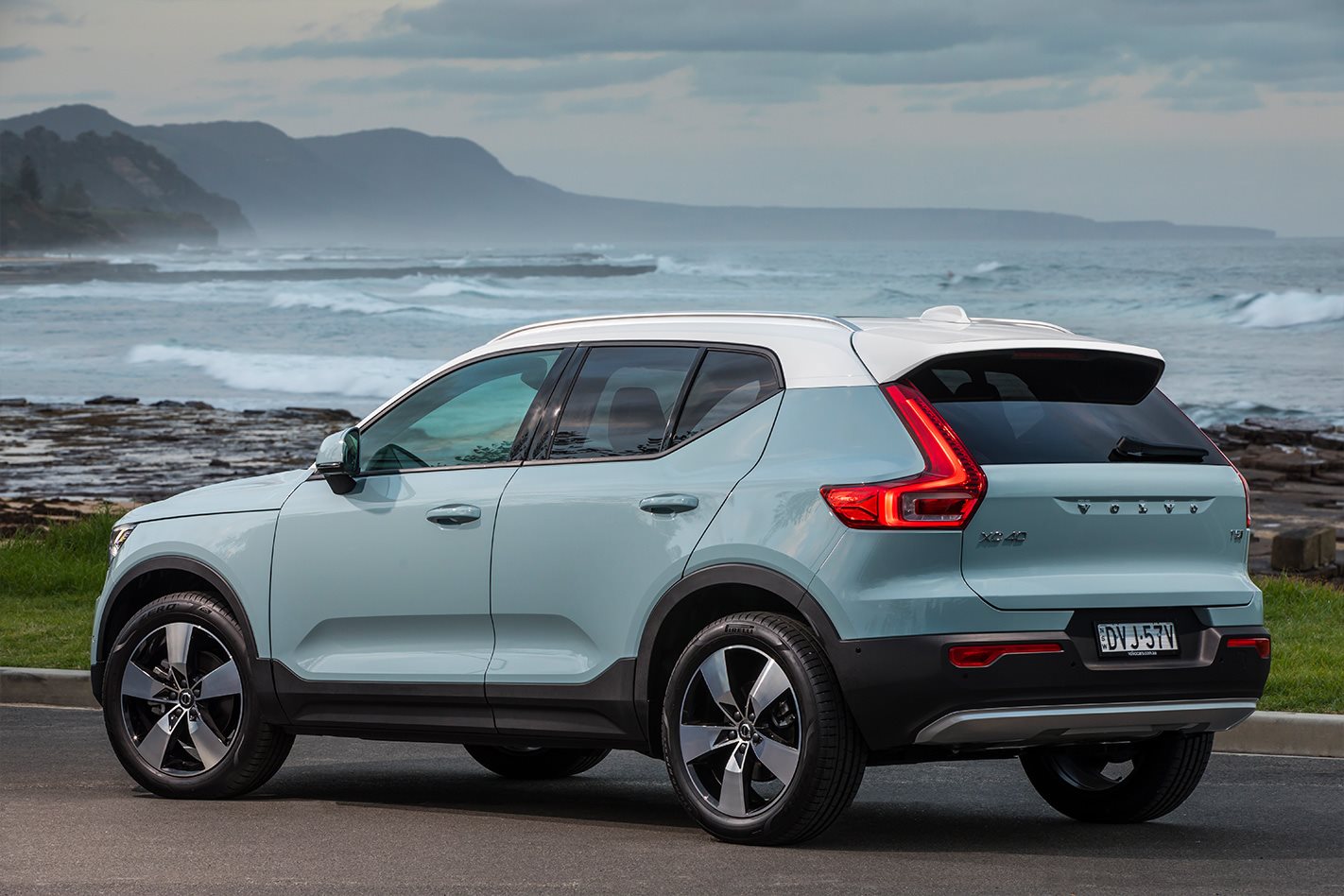 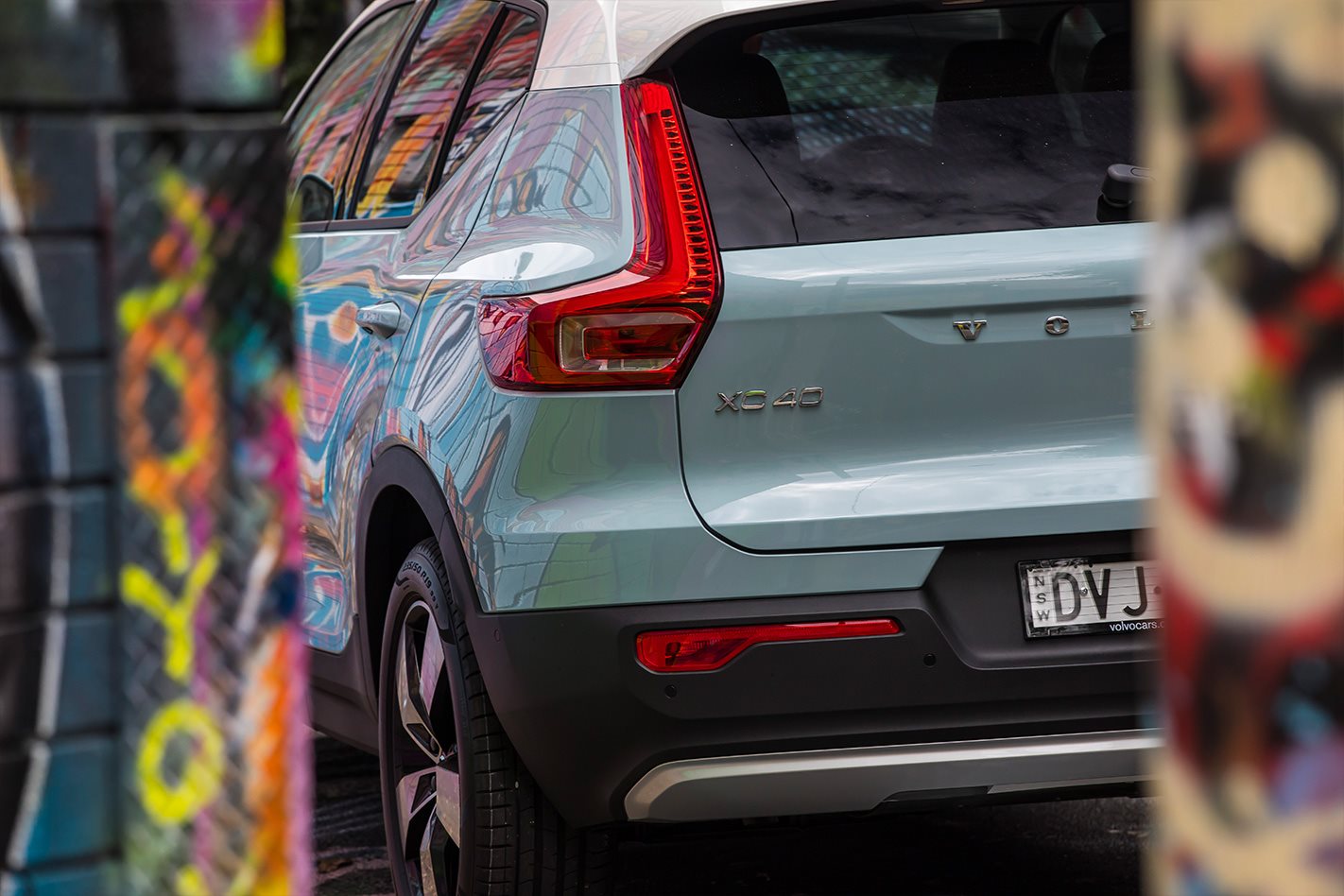 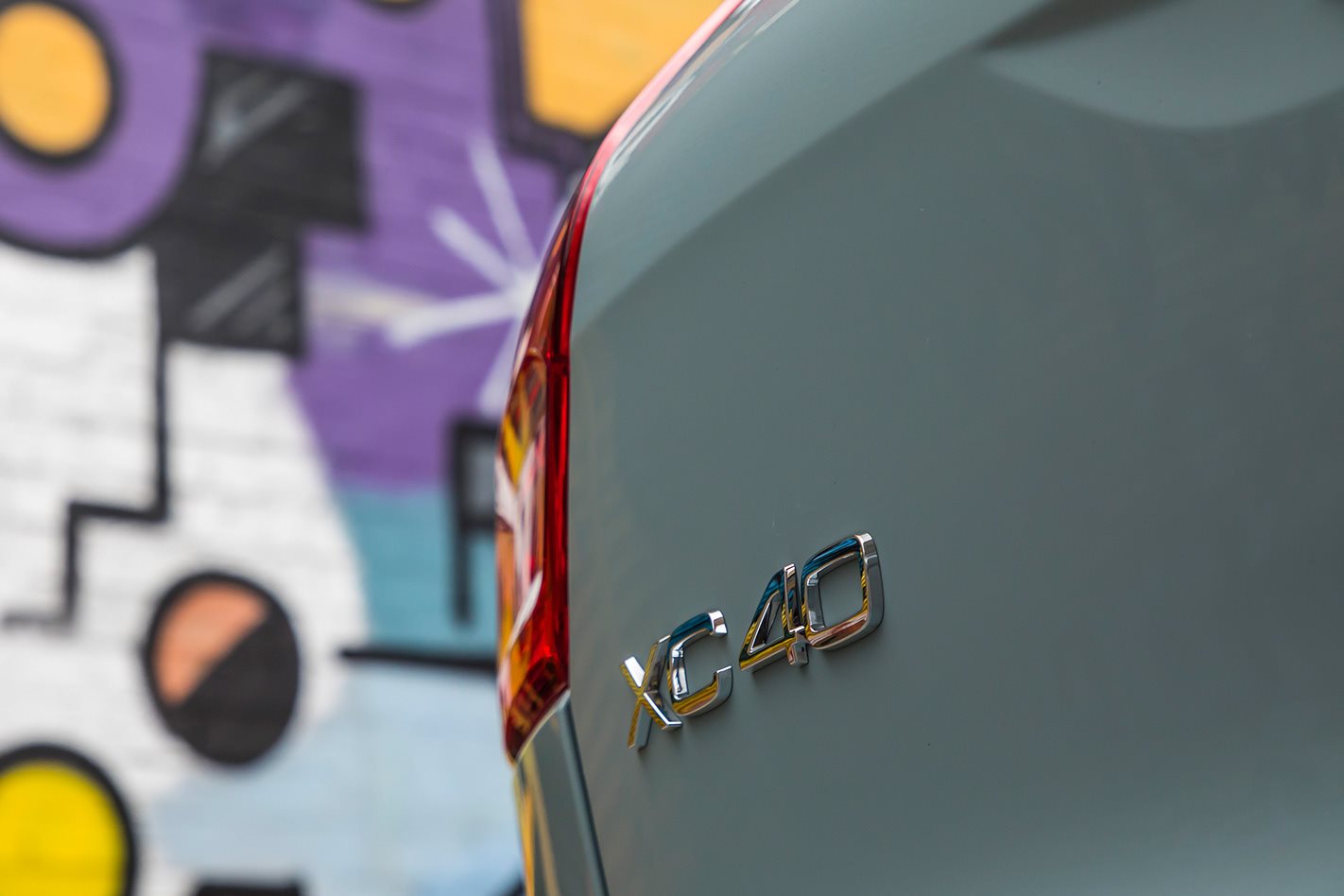 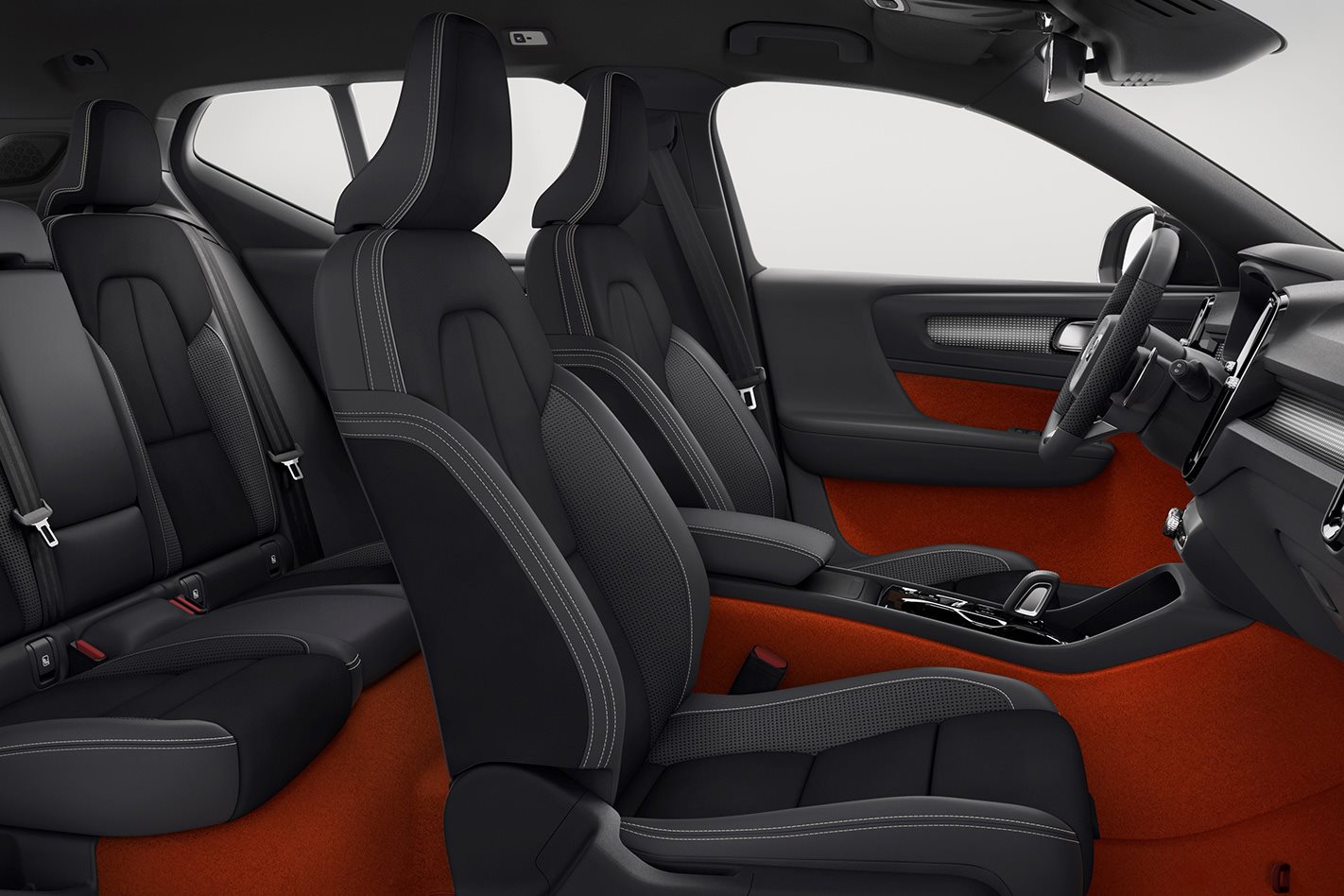 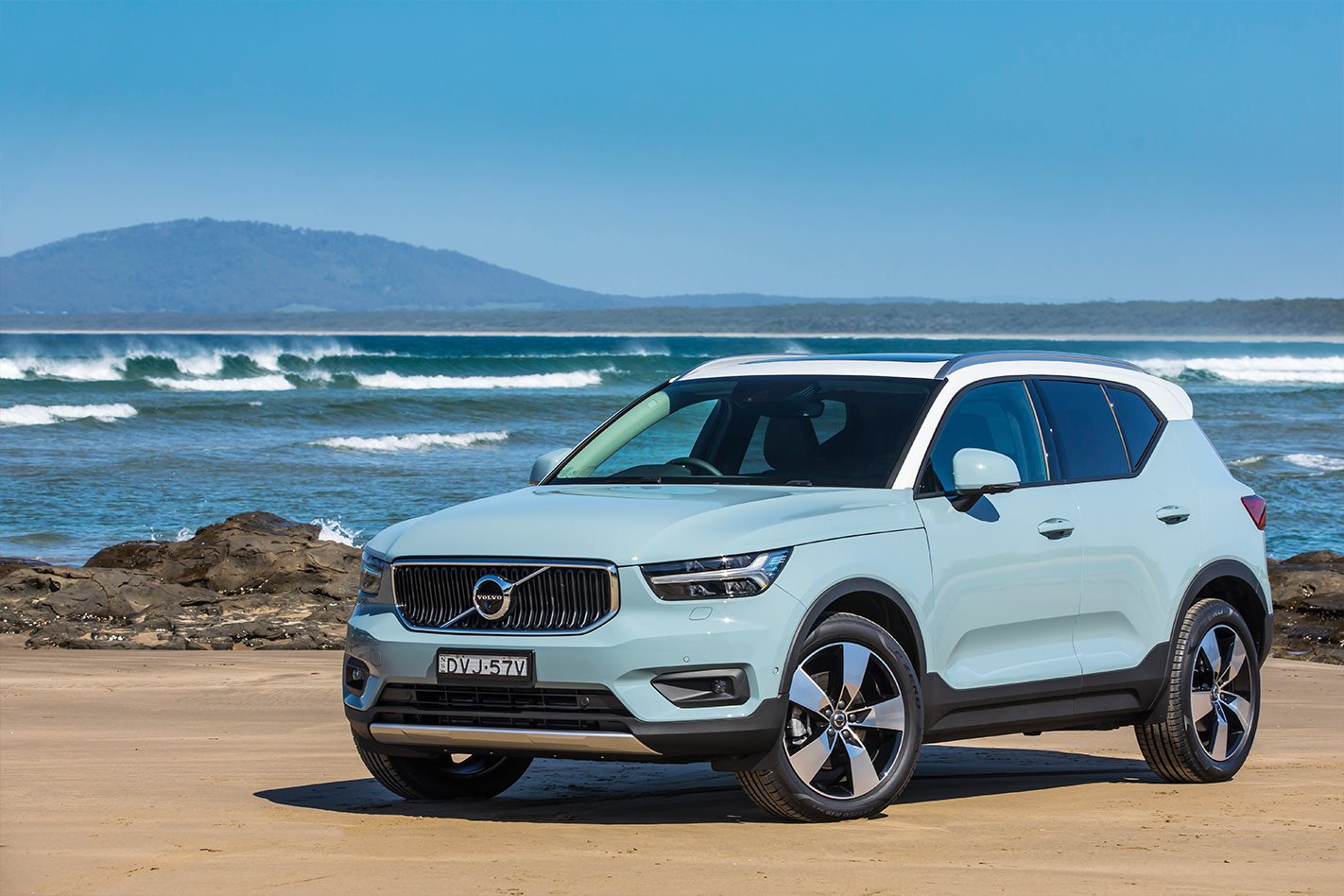 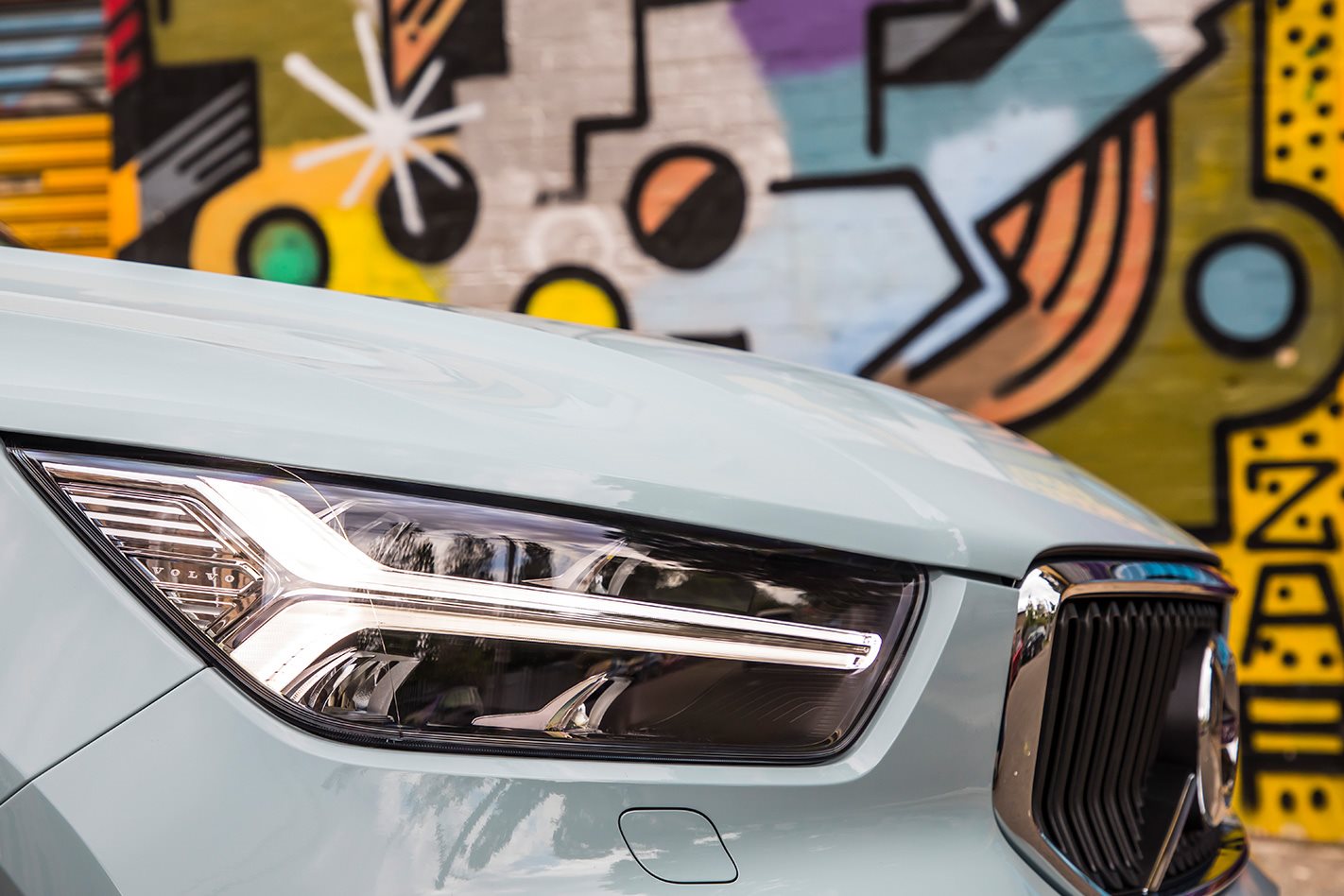 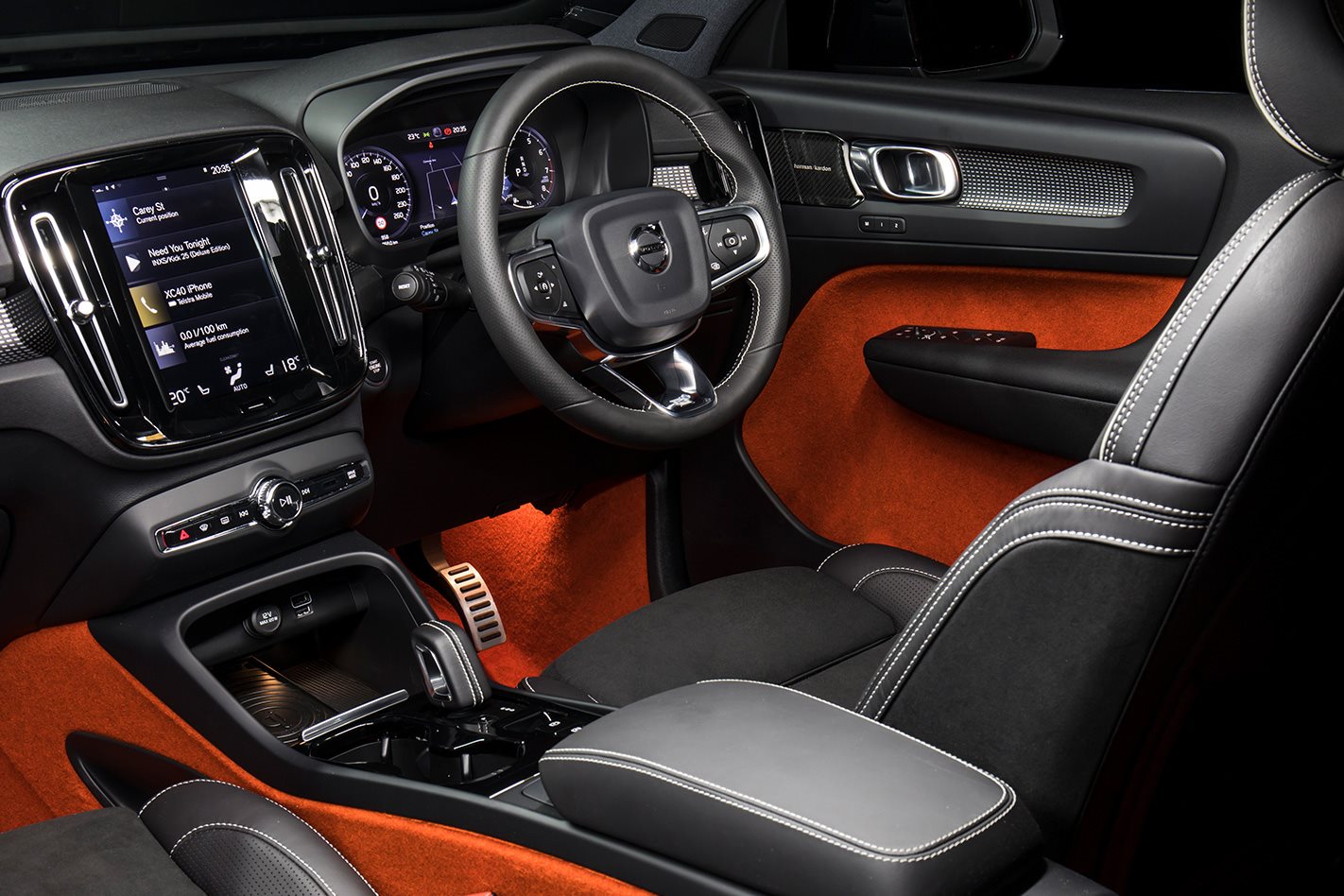 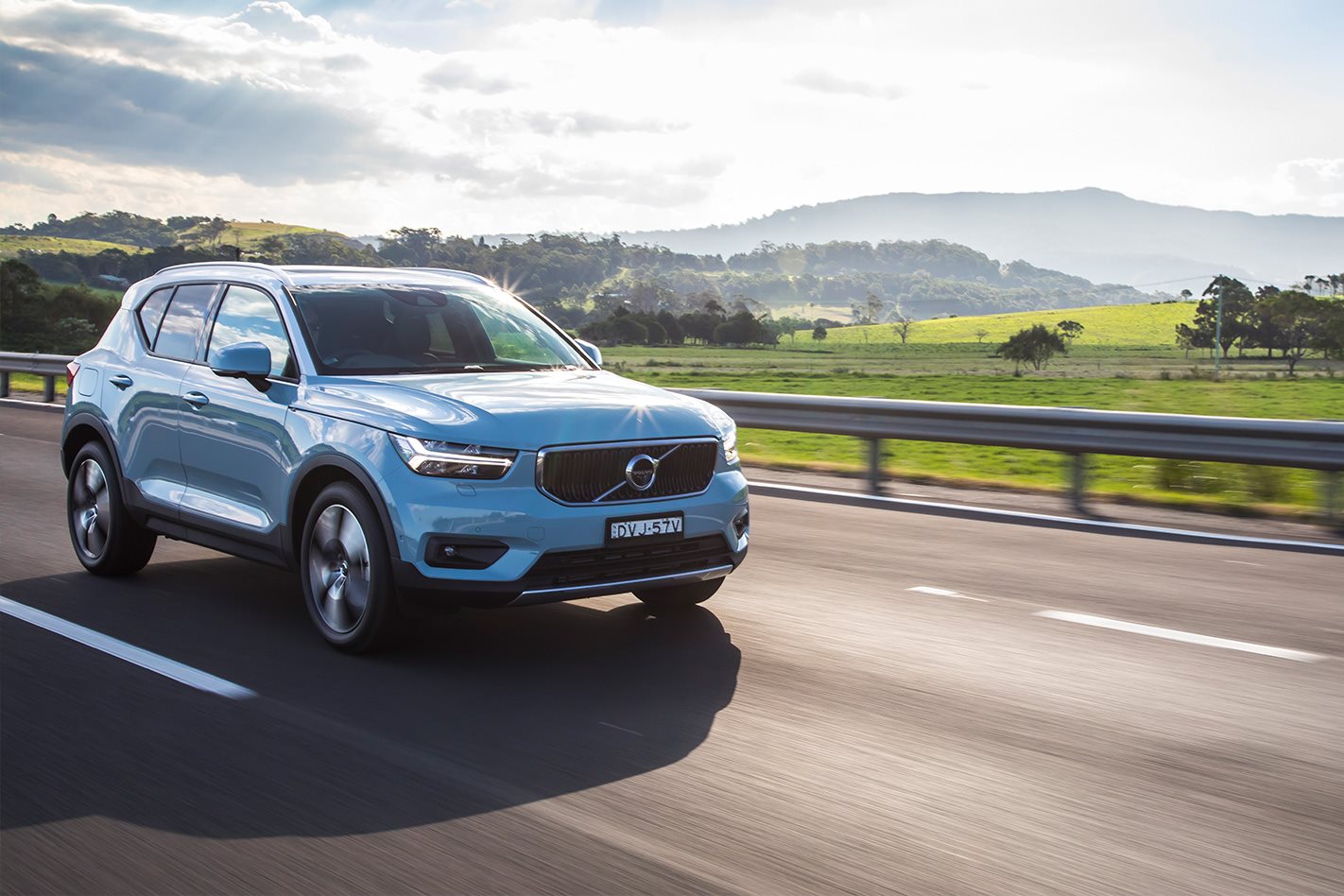 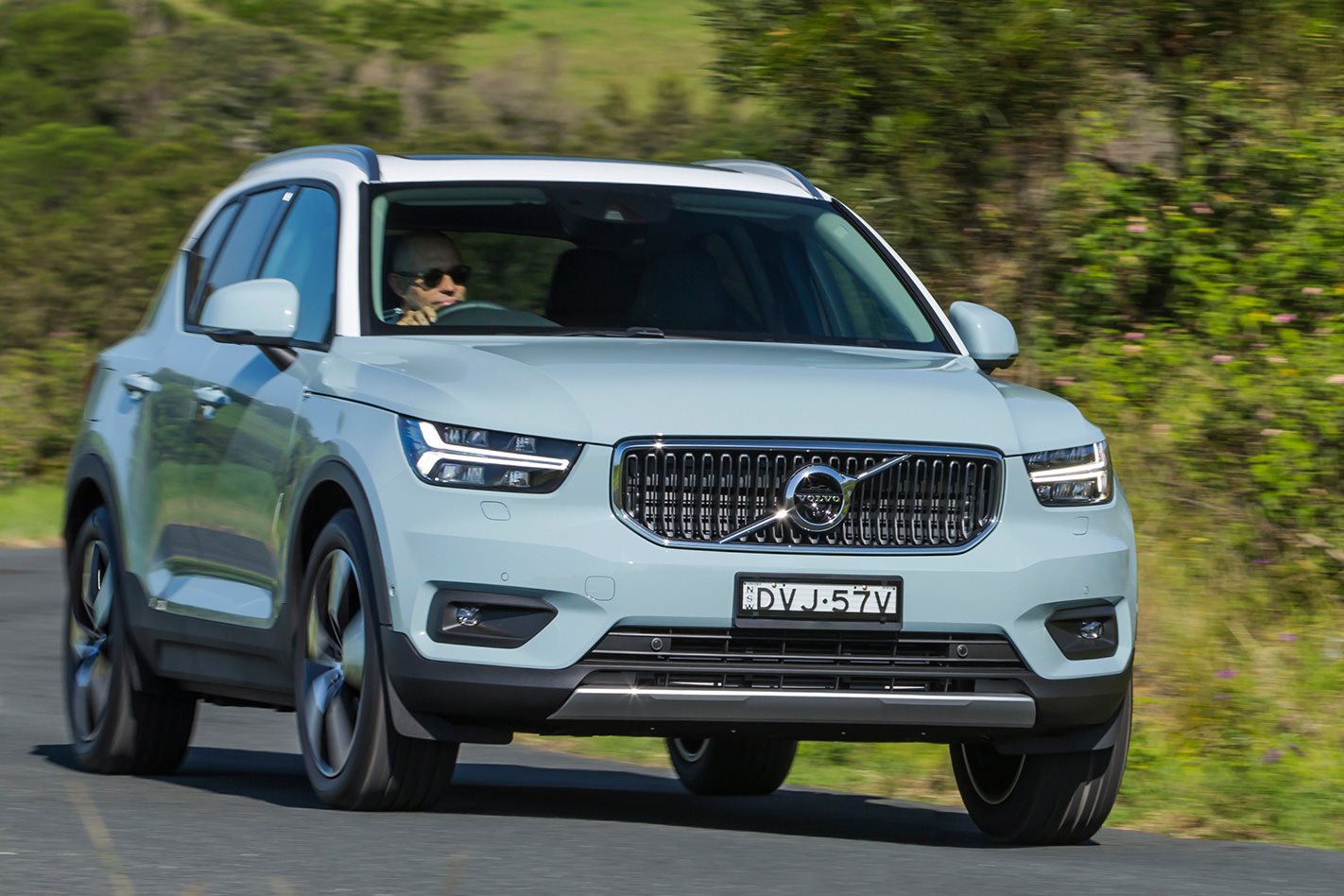 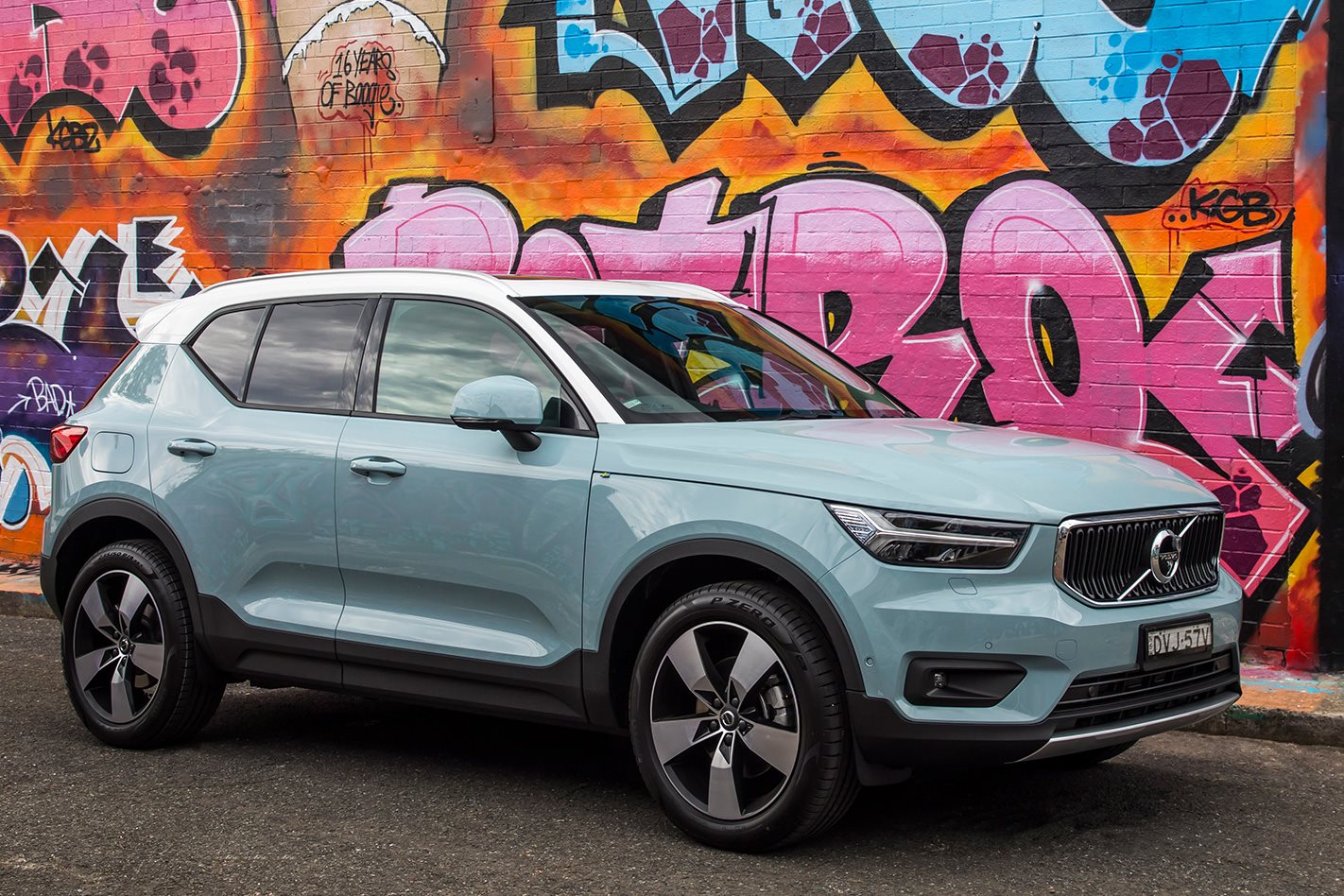