If at first you don’t succeed, try again. This, unsurprisingly, isn’t the tagline for the facelifted Alfa Romeo Giulia – Scotty from Marketing I am not.

However, it does neatly describe the process Alfa Romeo has gone through in an effort to increase the popularity of its glamorous small sedan.

The sales figures tell the story. Last year the Giulia was outsold by the Mercedes-Benz C-Class 20 to one, the BMW 3-Series 10 to one, and the Audi A4 by more than four to one.

In fact, it was outsold by virtually everything, even niche products like the Audi A5 Sportback and BMW 4-Series Gran Coupe. 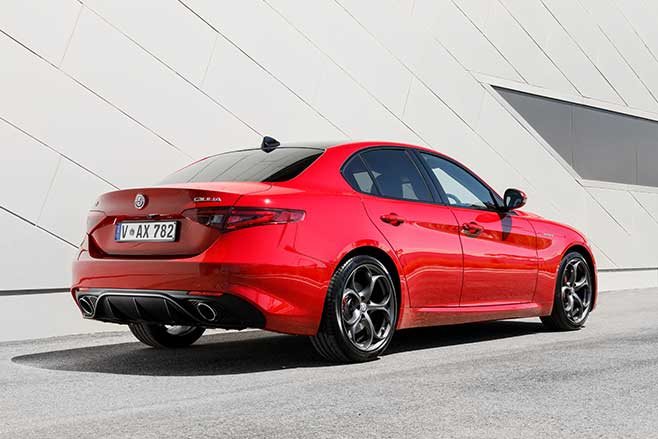 Alfa Romeo doesn’t have grand aspirations to be a volume player... but climbing a little further up the sales charts would be nice.

According to Tom Noble, the director of sales and marketing: “Our number one issue is getting in people’s minds; our first task is to let people know it actually exists and there’s an alternative to the German three.”

At first glance, it appears little has changed. Bar some new colours, the styling is the same and no matter how hard you delve into the mechanical specifications, you won’t find anything new there, either. 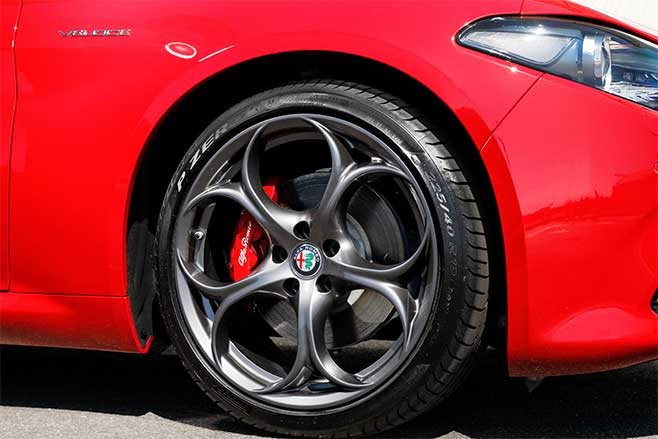 The range has been simplified, with the slow-selling Super variant discontinued and the 147kW Sport now opening proceedings at $63,950.

Where the new Giulia differs is inside. A concerted effort has been made to make the interior more premium, with greater storage, higher quality touch points (for example the leather-wrapped gear knob), redesigned controls and much more technology. 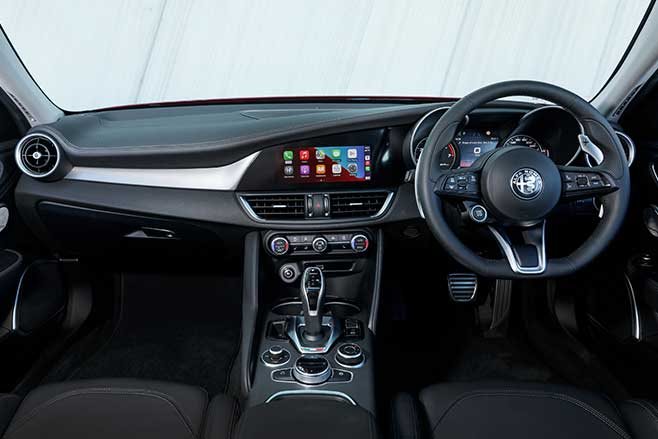 Everything is controlled via the bigger 8.8-inch infotainment touchscreen, which can be operated via the central rotary controller or swiped and tapped like a smartphone.

It’s also loaded with equipment: there are heated seats front and rear, a heated steering wheel, smartphone mirroring, a wireless phone charger which disconnects at 90 per cent charge to avoid overheating, dual-zone climate control – there’s even twin USB ports in the rear so the kids can keep their devices charged. 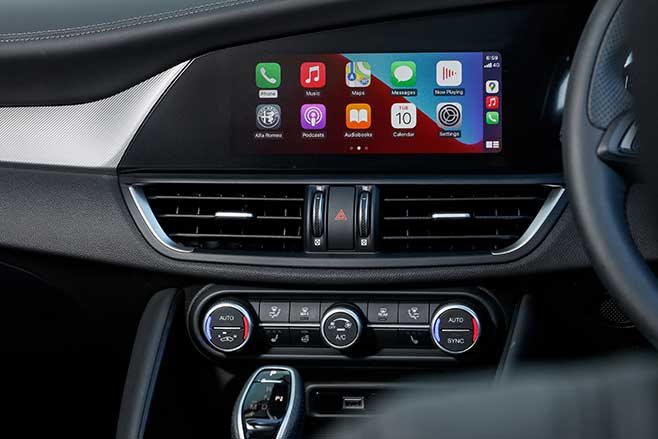 Speaking of the rear seats, headroom is a little tight for my 180cm frame but otherwise there’s plenty of room.

Up front the driving position is spot on, the seats heavily bolstered and superbly supportive, the steering wheel beautiful to hold and the massive fixed aluminium gearshift paddles wouldn’t be out of place in a Ferrari 812 Superfast.

READ The History of Alfa Romeo

The Giulia is also a sexy, sexy looking car, often prompting a glance back after exiting.

This is particularly the case with the Veloce, which offers 95 per cent of the glamour of the Quadrifoglio for half the price.

Alfa Red is a great no-cost option, but the new Visconti Green or Anodized Blue (both $1355) are also lovely. 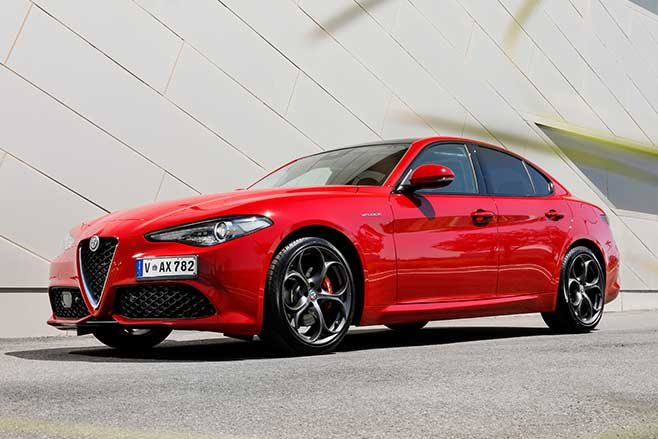 To drive the Veloce is identical to its predecessor, but it’s arguable whether change was required.

Alfa claims 0-100km/h in 5.7sec and that’s a figure we’ve repeated in testing the pre-facelift version.

It’s the chassis that proves the highlight, though. The ride quality is genuinely plush; even in the stiffer Dynamic mode it absorbs bumps and cossets its occupants in a way no rival can match.

This soft setup means that body control can become slightly ragged at the very limit but the Giulia Veloce isn’t designed to be driven on its door handles – it doesn’t even have a Sports ESP mode. 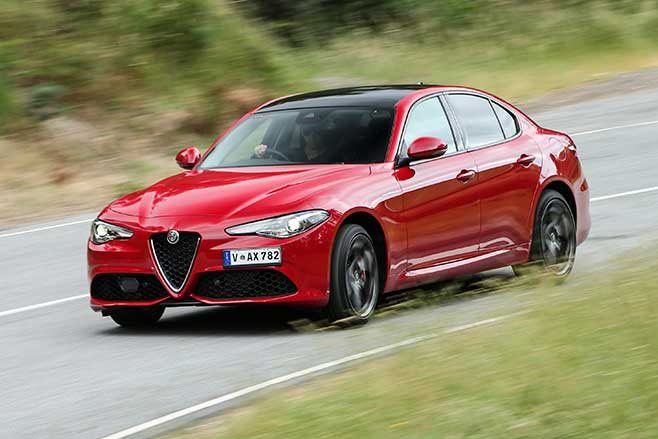 Instead, it shines in the zone between six and eight tenths, flowing along a winding a road with composure and accuracy.

The steering is very light and very quick and some may struggle to acclimatise, but its sharpness complements the agile, balanced chassis.

The Veloce is a very finely judged road car and a pleasure to drive.

Exactly where this updated Giulia sits in the pecking order against its very talented premium rivals will require a comparison test to ascertain.

The improvements in quality and technology, allied to a genuinely engaging driving experience, mean it deserves to be on buyers’ lists, though.

Alfa Romeo has tried again and, this time, deserves to succeed.

Minus: 3-year warranty; no Sport ESP