Lexus would like you to think it's a new IS, but while the body is fresh, the same platform and engine remain for 2021. That's not necessarily a bad thing, though.

Those two factors alone have ensured the downfall of cars that, by rights, had more claim to showroom space than Lexus’s mid-sized four-door sedan.

But here we are, and here it is.

Born in 2013, the third-generation IS survives largely intact from its 2016 update – under the skin, at least.

Sitting on the same Toyota N platform that it carried over from the second-gen car, the latest IS still uses double-wishbone front and multilink rear suspension, though it’s been caressed and finessed for 2021.

For example, the coil springs themselves are some 60g lighter each, and the topmost mounts front and rear are now made from alloy, not steel. 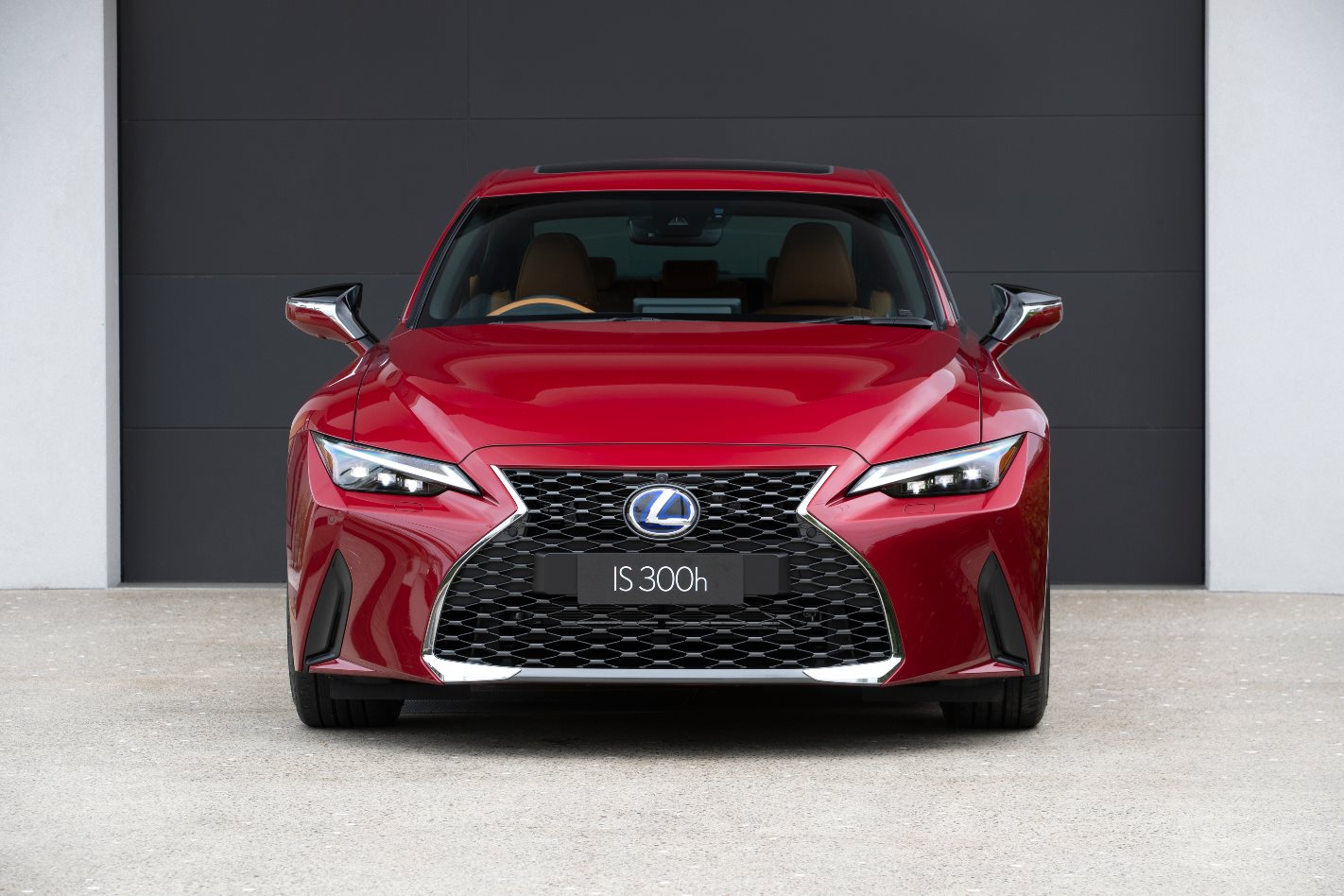 The rear swaybar, too, is lighter, while the front wheels now bolt directly into the hub, shaving grams and adding rigidity.

Those wider tracks are needed to push the wheels out into the plumped mudguards which, along with a 15mm lower rear roofline and 31mm lower bootlid, take the IS’s former frumpiness and kicks it clear into the undergrowth.

The body width is only 30mm greater than before, but it all works.

From the rear, in particular, the IS’s new clothes are to die for, and the design team should be acknowledged for the way they’ve integrated the outlandishly large grille so eloquently.

Akio Toyoda is renowned for giving the Lexus designers a hard time about making their cars stand out, and despite the constraints of an older platform, he’s gotten his wish.

Inside, there’s a lot of familiarity; the big-spoked wheel, the analogue clock, the sliding temperature adjusters and the damn touchpad are known touchpoints.

A floating 12.3-inch touchscreen is an oddly tacked-on nod to the modern era, with wired Apple CarPlay and Android Auto sidestepping the need to use the goofy touchpad. 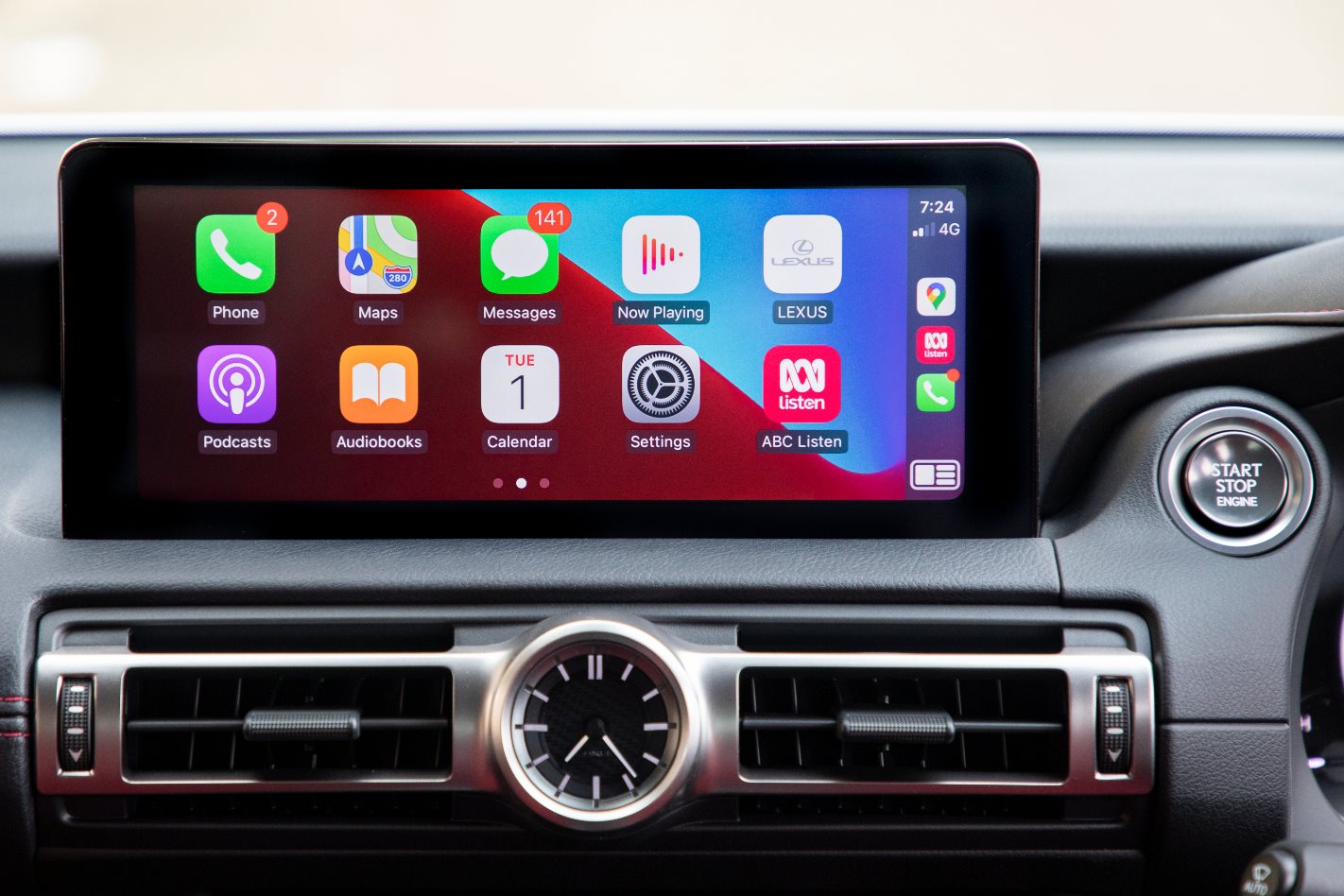 There are some redone elements to the interior trim, including a two-tone upper dash trim and circular outboard air vents, but the IS 300h is a familiar, welcoming and comfortable space in which to work.

It’s made more comfortable, too, by the long-overdue deletion of the foot-operated park brake, replaced by an electric unit.

MORE What exactly is a mild hybrid system?

On the powertrain front, there’s little to relay; the 300h’s 2.5-litre naturally aspirated four-cylinder engine still churns out 133kW at 6000rpm, rising to a total of 164kW with the addition of electricity.

Petrol-persuaded torque comes in at 221Nm, with 300Nm from the electric motor as the situation demands.

Backed by a CVT, the 1735kg IS 300h is more sedate than swift, building speed and covering kilometres with minimal fuss or theatre. 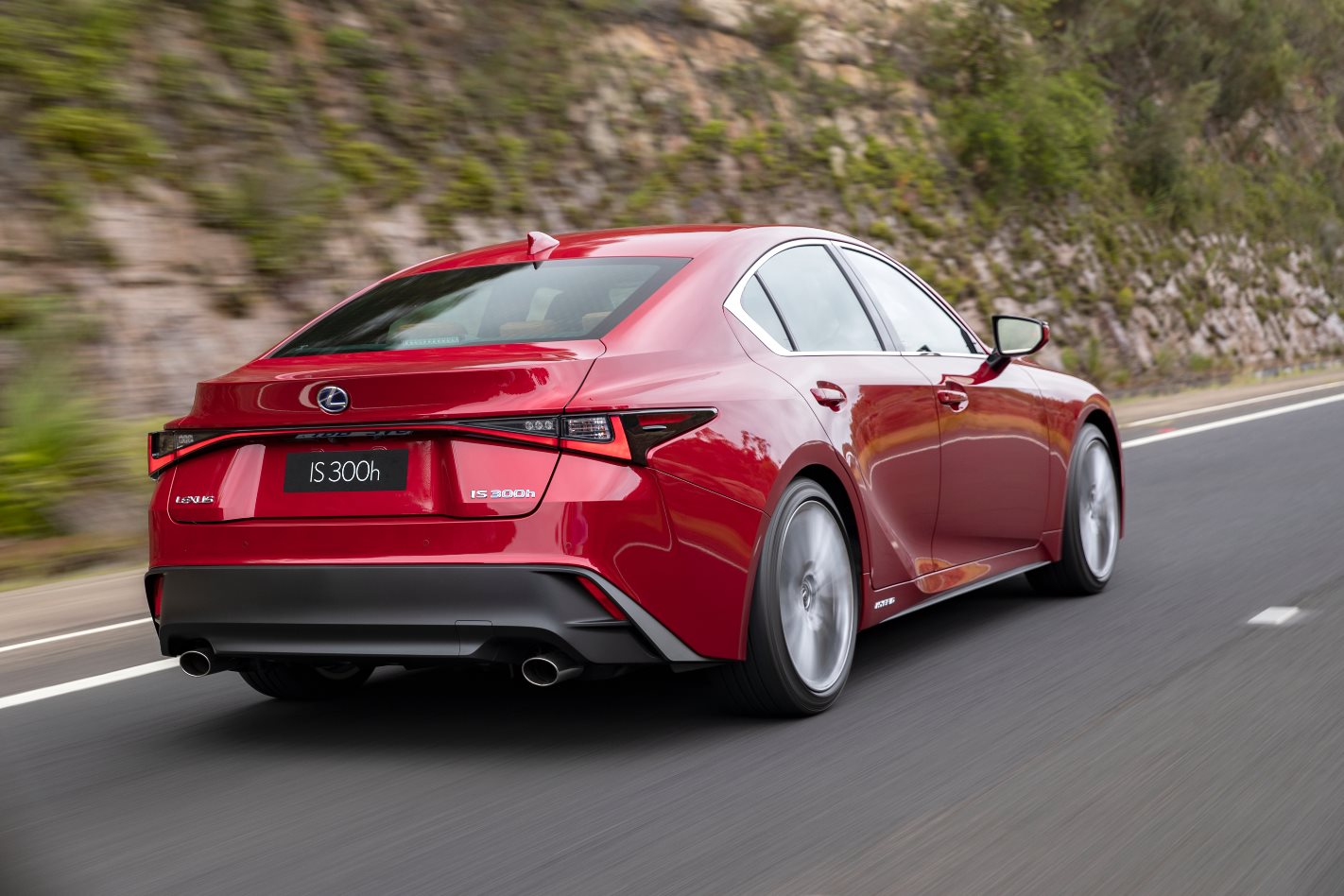 The revised damper tune has pushed the IS more towards the comfort side of the spectrum; a bit of a shame, really, when you cast your mind back to that gloriously ridiculous V8-powered IS F of the second generation.

It feels like a seven-tenths car at most now, though; because the suspension's overall tune verges on plush, it gives away ride control at crucial moments, especially with a bit of lateral load in it.

The F-Sport version of the IS comes with adaptive dampers, though a quick burn in that car doesn't change my opinion that the IS is now more orientated towards comfort than speed.

Steering feel is faithful, brake modulation is A1 and the disconnect between electrons and combustion cycles is as transparent as ever, though, giving the IS 300h a serenity of form that belies its tough new visage.

That well-polished mix of motivators pays dividends if you don't like visiting petrol stations. Over 400-plus kilometres of country and city driving, my indicted range never hovered higher than seven litres per 100km.

The electric system's battery retains enough charge to waft you around, say, a city carpark or to the end of your (shortish) street before the Atkinson-cycle engine kicks in with an all-but seamless intervention punctuated only by the noise.

What you lose in outright pace, you gain in civility - and being a little more green with your motoring comes with exactly no compromises - well, other than price.

For a car that shouldn’t even exist any more, the Lexus IS 300h is a nicely executed sports sedan with a plush, benign manner that perhaps reveals its advancing years more than its sharply designed visage lets on.

The BMW 3-Series, Audi A4, Mercedes-Benz’s C-Class and the new Genesis G70 are natural predators of the IS. 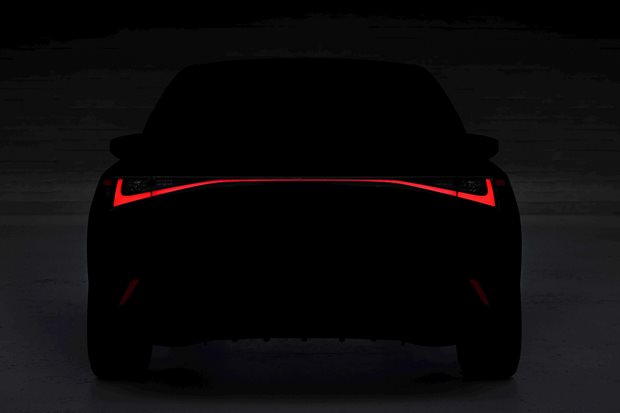 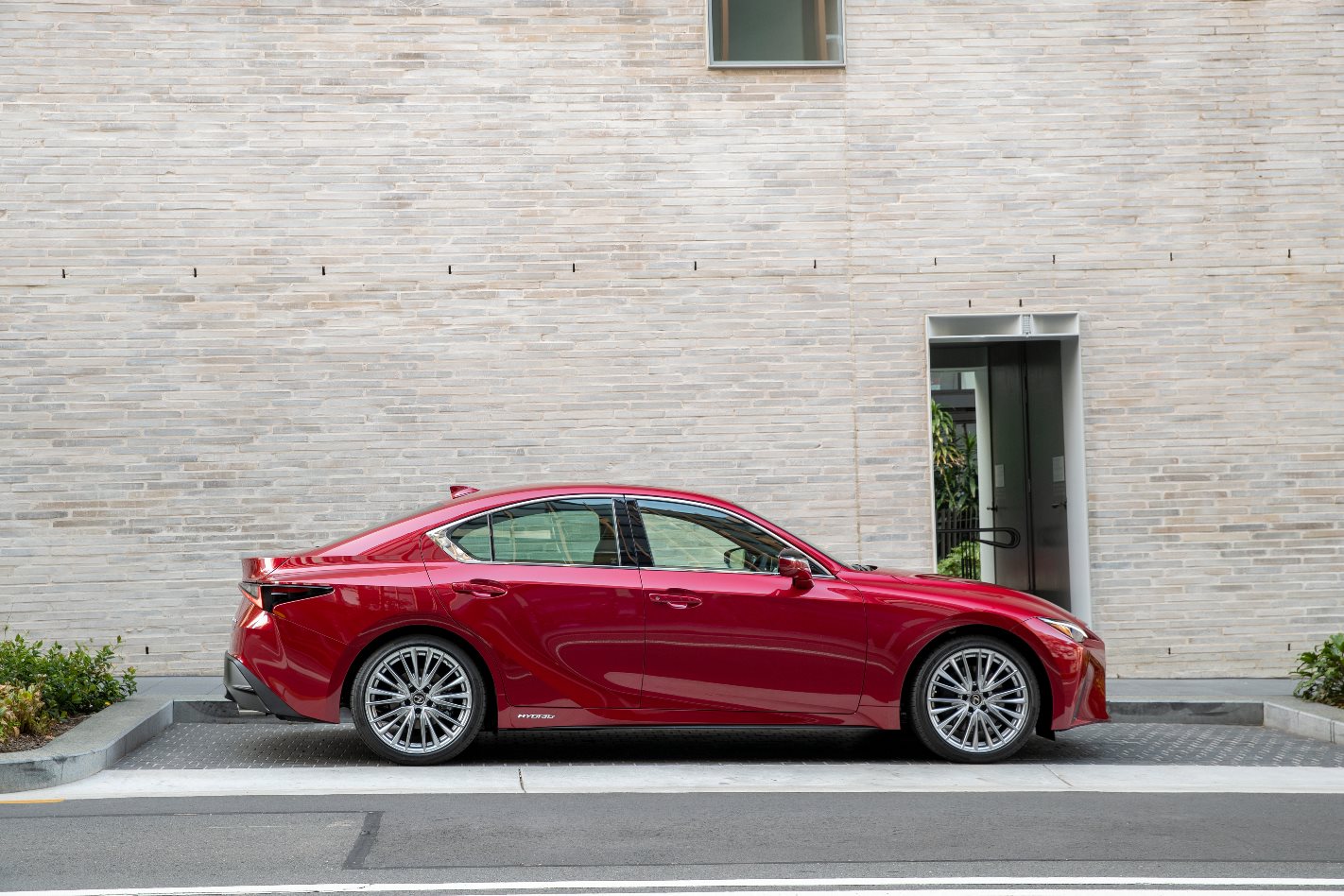 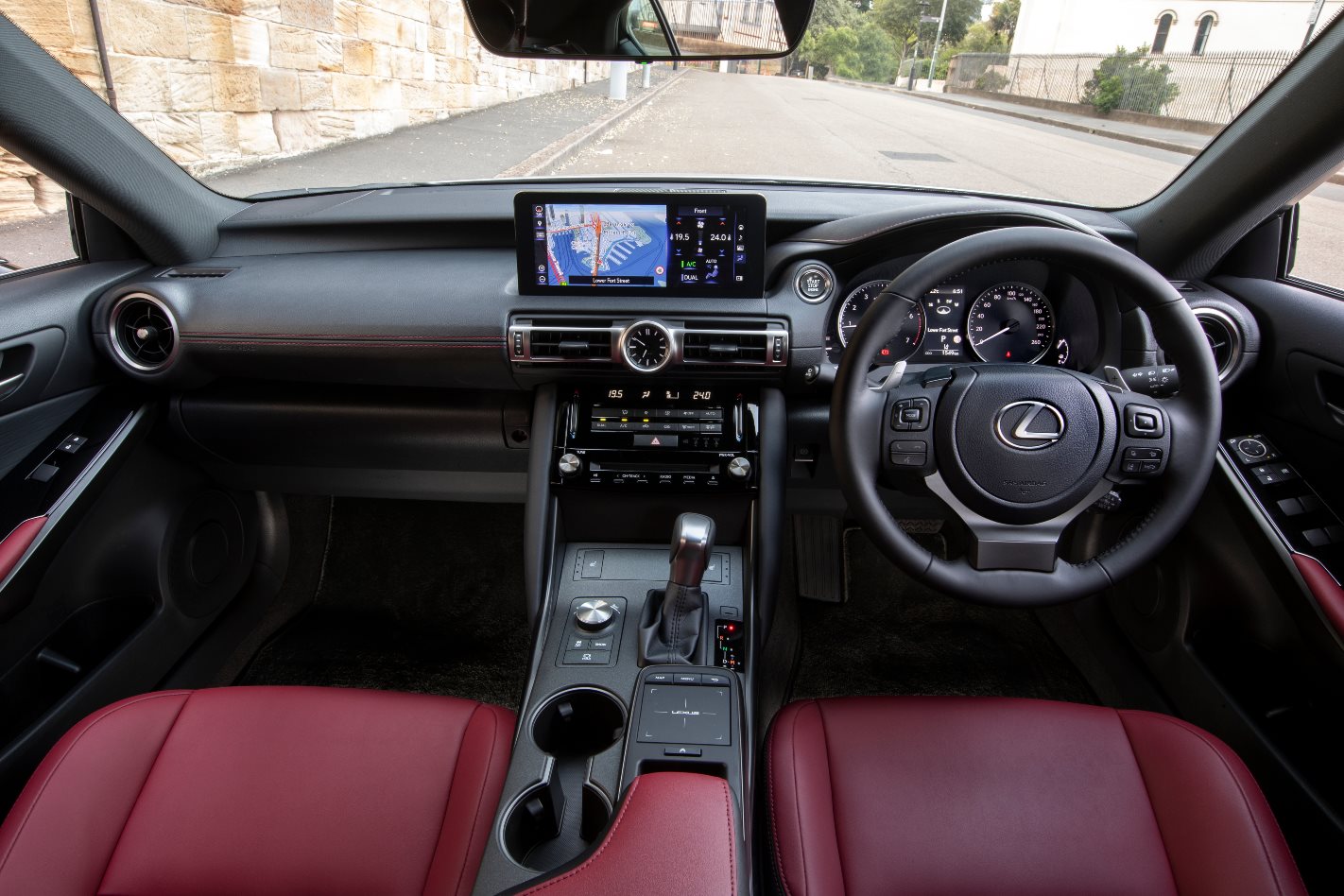