Purists look away now: the BMW M5 embraces all-wheel drive, and is all the better for it

Even with a camouflaged exterior, BMW isn’t fooling anyone.

With imposing proportions and menacing quad tailpipes, it’s easy to see this isn’t the new 518d. Instead, the four-door sedan obscured by swirling decals is the hyped sixth-generation M5.

While it’s slated for debut at the Frankfurt Motor Show in September (before going on sale in March 2018), we’ve snared a pre-production prototype to see what this new era of 5 Series performance has to offer.

The headline news for the F90 M5 is a shift to all-wheel drive, the system known as M xDrive. Despite the extra driveline gubbins, the new M5 is 35kg lighter than the vehicle it replaces, the weight distribution is now better balanced and the active torque split always apportions more grunt to the wheel with the most traction. 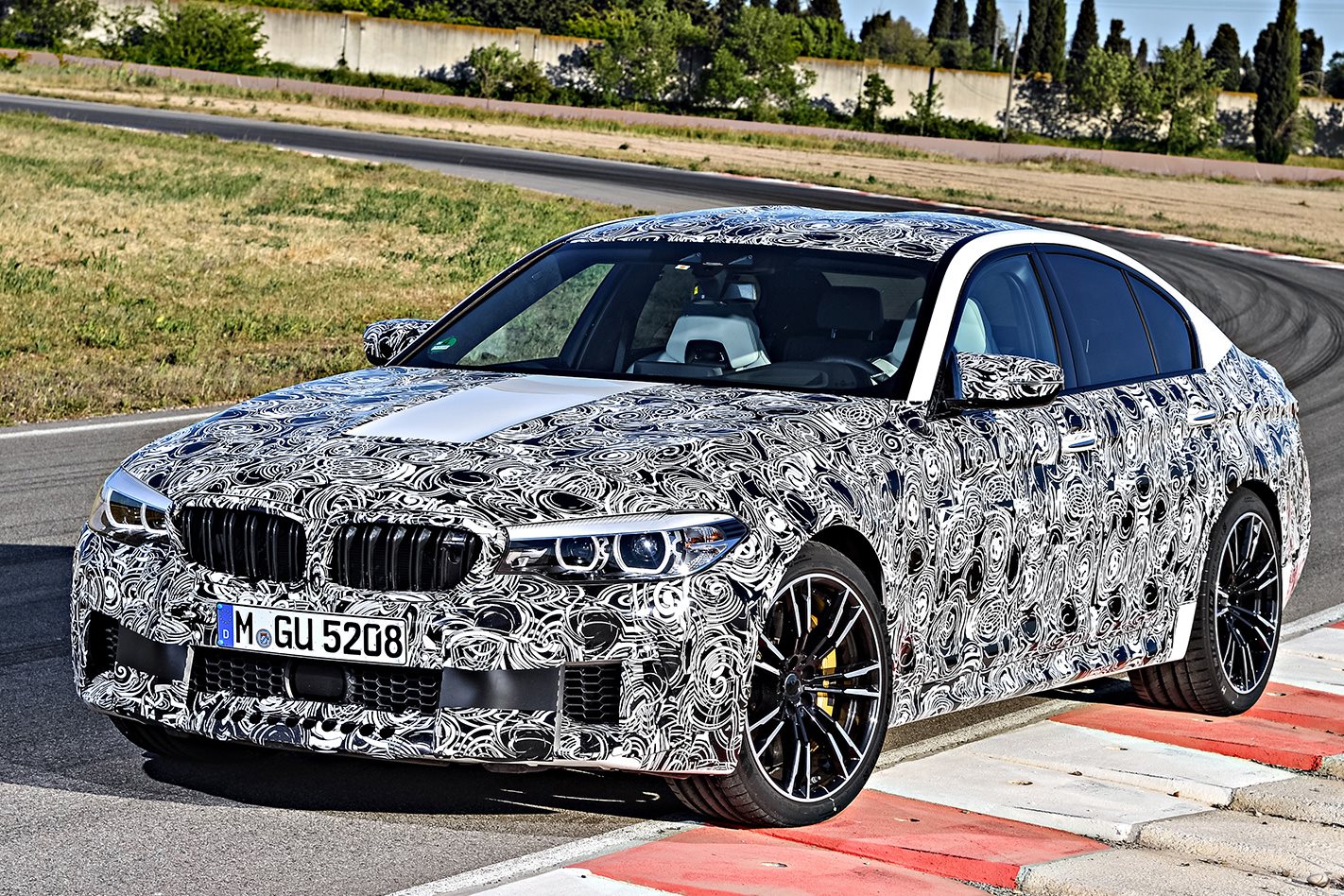 Under normal driving conditions, the system remains rear-wheel drive from dawn to dusk. Assistance from the front axle only chimes in when required, which is frequently on slippery terrain or in very spirited situations.

Under the bonnet, the 4.4-litre twin-turbo V8 has been upgraded for more oomph and less thirst, though just how much extra grunt is yet to be confirmed.

Grapevine scuttlebutt predicts that the new engine will develop around 450kW between 6000-6500rpm with maximum torque registering at 750Nm from 3000-5000rpm.

Interestingly, the seven-speed DCT gearbox has been replaced by an eight-speed M Steptronic transmission.

While this is a conventional automatic, the M Division wizards have dialled in almost seamless shifts, more evenly spaced ratios, converter lock-up from the get-go and multiple downshifts on the run.

Thanks to the extra traction and grunt, the 0-100km/h figure drops to a claimed 3.5 seconds – that’s six-tenths quicker than the current 441kW M6 coupe.

And the big forward push continues, as the 200km/h mark passes only 9.2 seconds later. While the top speed is again limited to 250km/h, extra money buys the M Driver’s Package, which lifts the peak velocity to 317km/h. However, on-paper figures are only half the story. Let’s drive it.

While only a handful of people outside M Division (including this scribe) have seen the exterior of the F90 M5, even fewer have sampled it behind the wheel – until now. 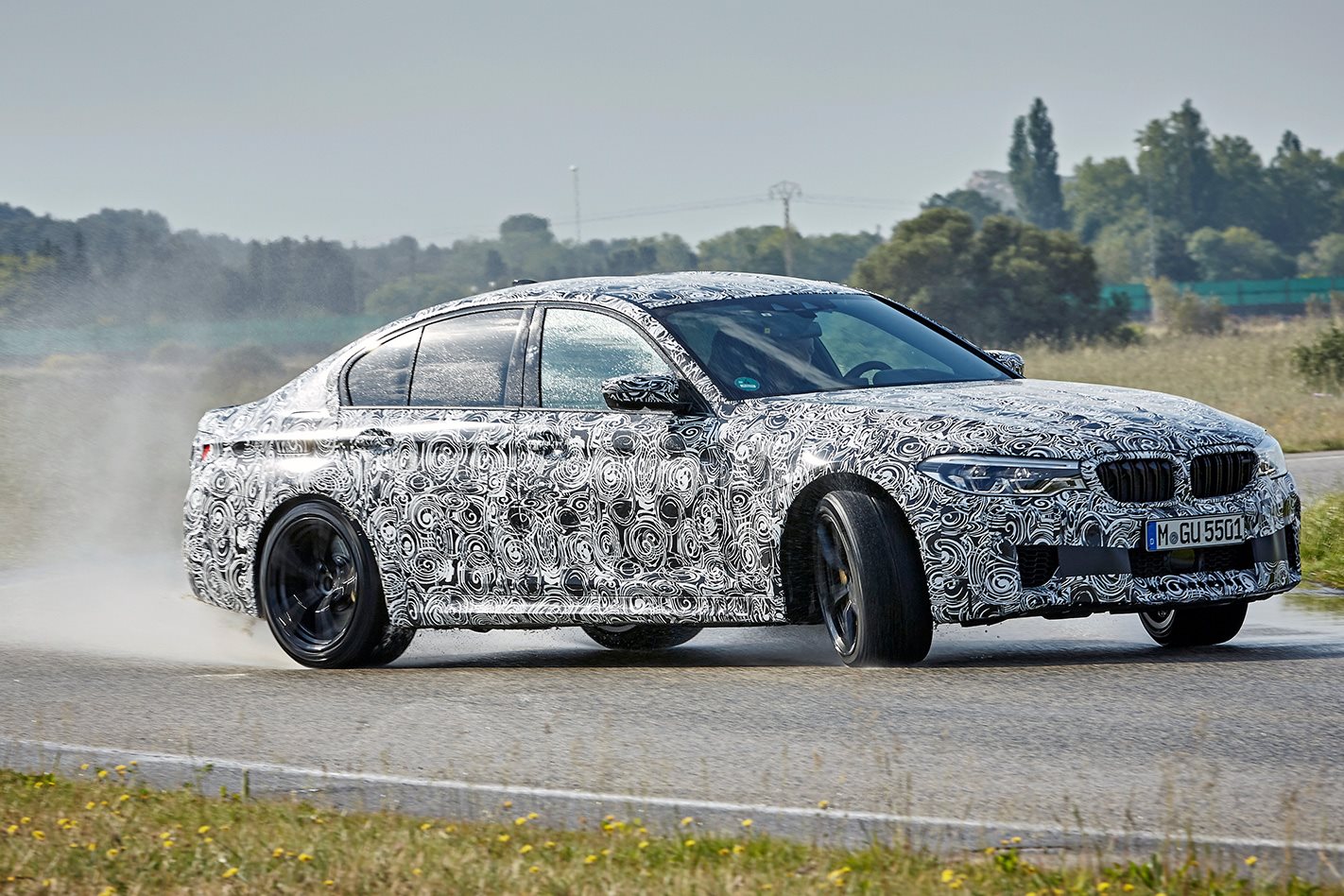 The venue is BMW’s own high-speed handling circuit in Miramas, close to Marseilles in France, and we have Timo Glock (of Formula One and DTM fame) as the lead driver. Glock is piloting a rear-drive M4 GTS around the wet track on cold tyres, a totally different animal to the all-paw M5 at my disposal.

Thankfully, the seat next to me is occupied by Frank van Meel, head of the M Division, a keen driver and M5 expert. He knows, blindfolded, which button to push to what effect and he takes me through the motions from pussyfoot to hooligan.

In addition, there are three direct-access buttons for drivetrain, dampers and steering, plus a DSC off sub-menu listing M xDrive options: 4WD, 4WD Sport and 2WD. It’s a lot to get your head around.

When you fire up the modified V8 engine, dubbed S63B44T4 within BMW, by hitting the starter button, all systems sheepishly assume the least aggressive calibration. It’s hardly sedate, but neither teeth nor fangs are bared as the new all-wheel drive system is programmed for optimum grip and stability while the electronic nannies remain on.

That’s fine for the commute home from the airport in heavy traffic. After all, this is a 5 Series and it needs to cover the commute as well.

However, we’re at a racetrack and the M5 has MDM to select – that’s M Dynamic Mode in BMW-speak. The system channels more torque to the rear wheels and permits more slip, however it conveys a sanitised experience.

Predictably, 4WD Sport pushes the handling balance one step further to the rear wheels and, as you can imagine, offers the kind of manic power oversteer of the F90’s rear-driven forebears. 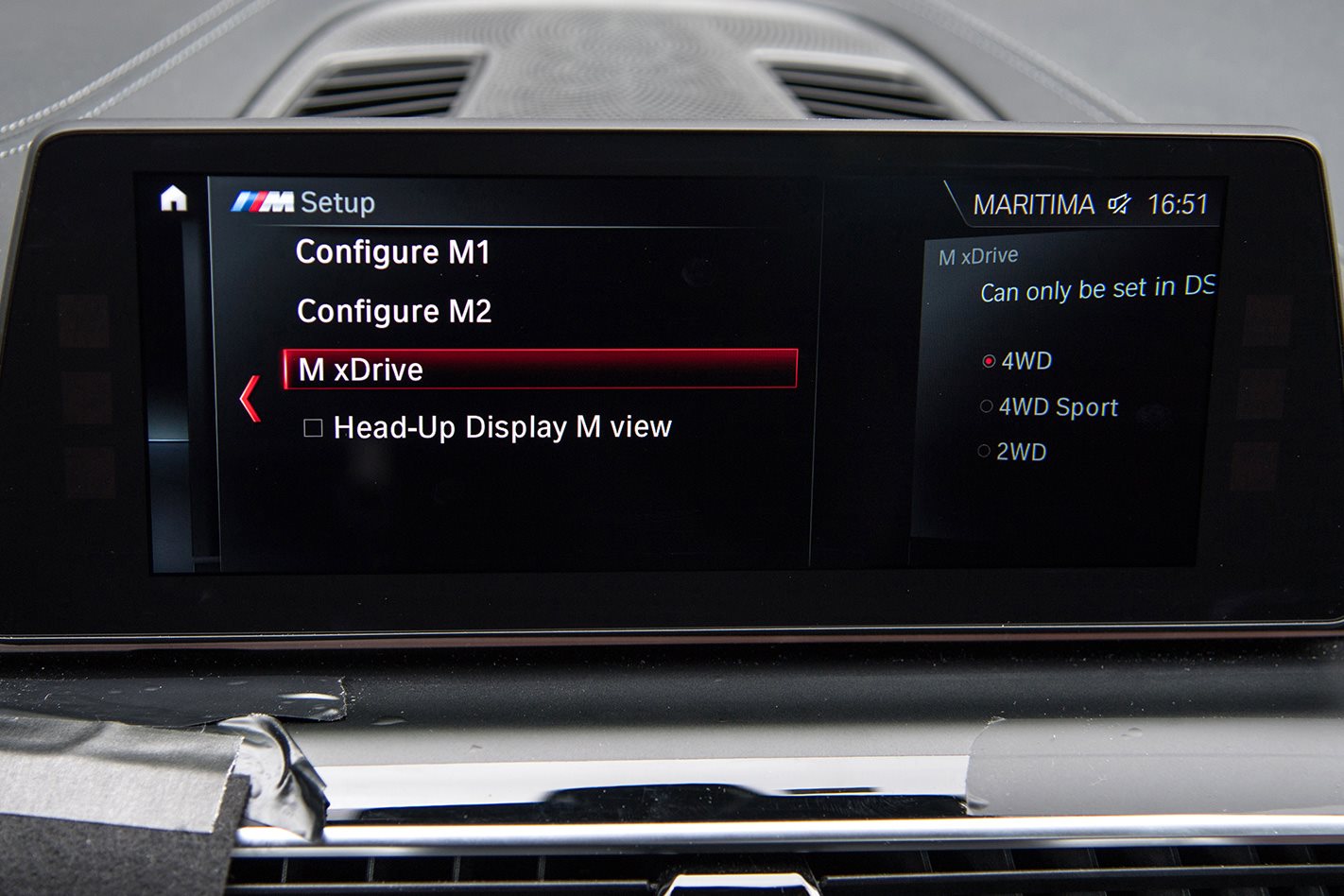 Two more laps with the electronic guards activated and then it’s time for the serious stuff. Herr van Meel hits the DSC off button for me and grins a devilish grin.

And according to the glimpses of Timo Glock ahead, he, too, is no longer hanging around. Admittedly he has a power deficit and a lack of all-wheel traction, but the racing driver ahead fails to skip away from the journo hack. This goes to show that on wet tarmac, the extra grip afforded by the new all-wheel drive system can be a priceless advantage.

Although finding the difference between MDM (DSC on) and M xDrive (DSC off) remains an unanswered question. Are the nuances in terms of north-south and east-west torque distribution too subtle for my clumsy senses?

Mercifully, I get the hang of it. It’s the old ‘turn in late, step on the gas early’ routine. In the outgoing M5 you had to wait endlessly before you could give it stick, trying everything possible to negate setting the the rear tyres alight which always seemed to end in more smoke than traction regardless. Not so anymore. 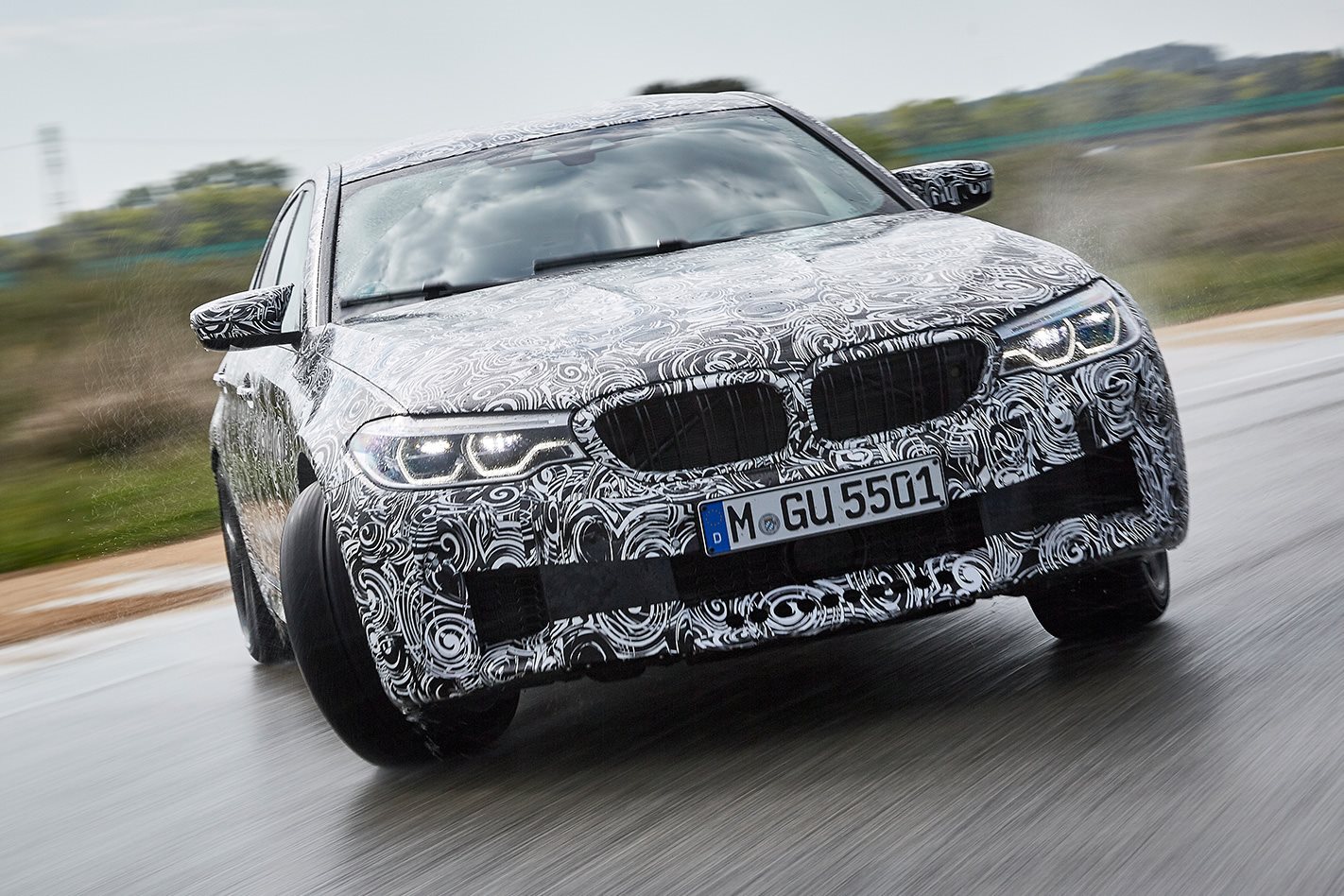 While the new M5 will corner carve and hit an apex with a newfound verve despite your ostentatious intent, it will also slide and lay down some rubber with raw urge and determination. This adds up to a newfound balance at the limit.

The faster cornering speeds are one thing, but gaining more control is the clincher – and a refreshing discovery compared to the old rule book.

he key is in the flow which paves the way for fluid motions, well-mannered drifts, and intuitive interaction. Less drama and more fun is indeed a compelling new formula and, for better or worse, relegates the M3 and M4 to old-school tools. There is no doubt about it, the way the M Division has set up its all-wheel drive system makes drifting more manageable, effortlessly elegant and more rewarding.

Then there’s the other end of the scale. DSC off beckons. It’s the most extreme guise and allows you to select “2WD”, which naturally shifts all the torque to the rear wheels. 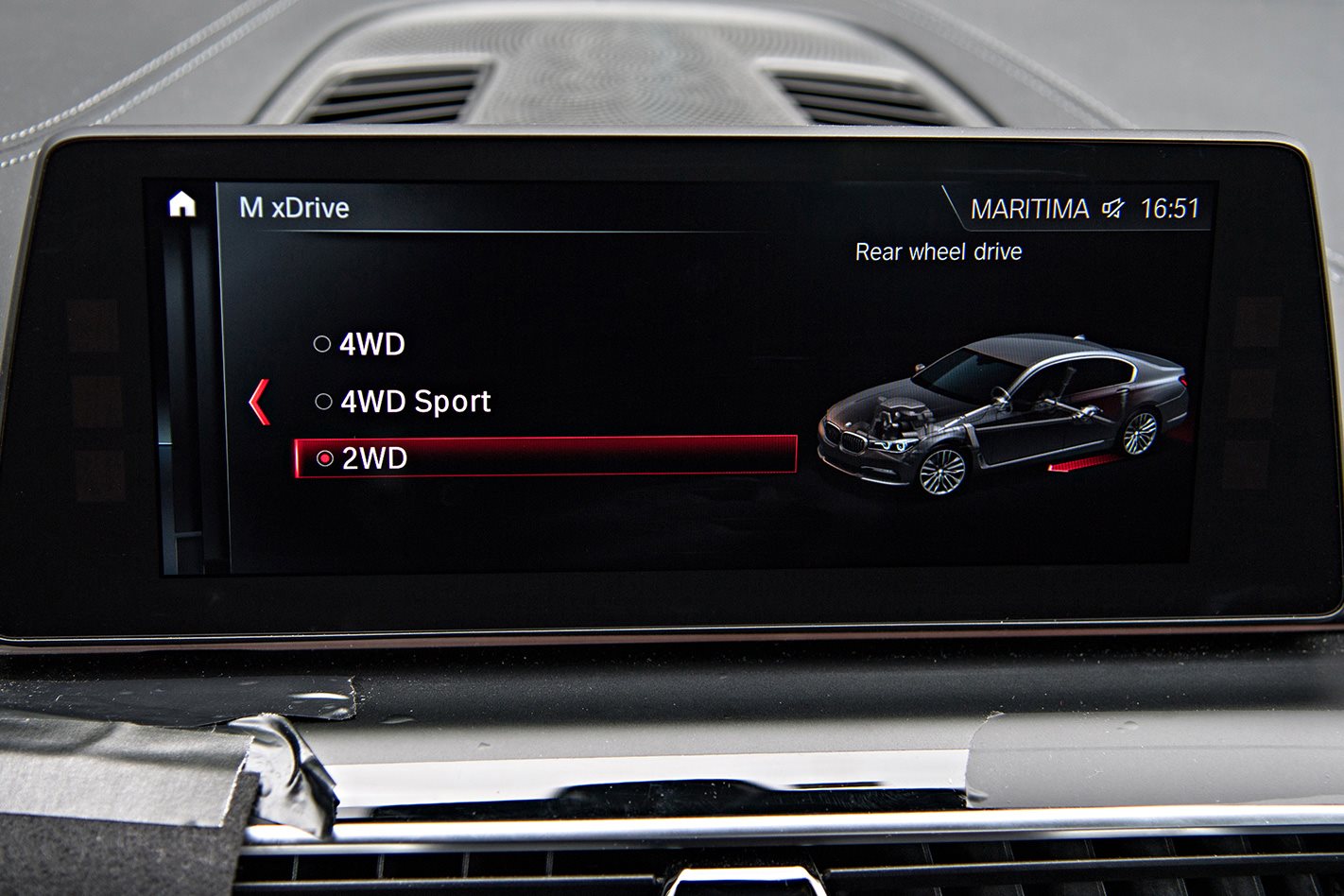 I repeat, 750Nm-plus is sent to the rear axle sans electronic wizardry that normally makes everything behave. Naturally, in this configuration, the new M5 dons the characteristics of the old M5 – only with more power and no safety net.

“We assume that buyers who select 2WD want all the fun and no supervision,” says van Meel.

With all stops pulled out, the high-end 5 Series feels as if there’s a battalion of hornets packed under the rear seat, all collectively sharpening their stings at every stab of the throttle. “It works fine,” van Meel declares in the most appeasing tone he can muster, “but you have to be quick – very quick”.

It once again takes me time to adjust to the spiciest set-up. The dialogue is now strictly between steering and throttle, with the brake separating one act from the next.

To keep a lid on that hornets’ nest, a precautionary third gear turns out to be a better option than second through slower bends. Likewise, fifth certainly beats fourth through high-speed changes of direction given the might underfoot.

In Sport mode, the auto ’box holds the chosen gear no matter what, changes the shift pattern from leisurely to attack to make sure every full-throttle upshift is a kick in the butt. 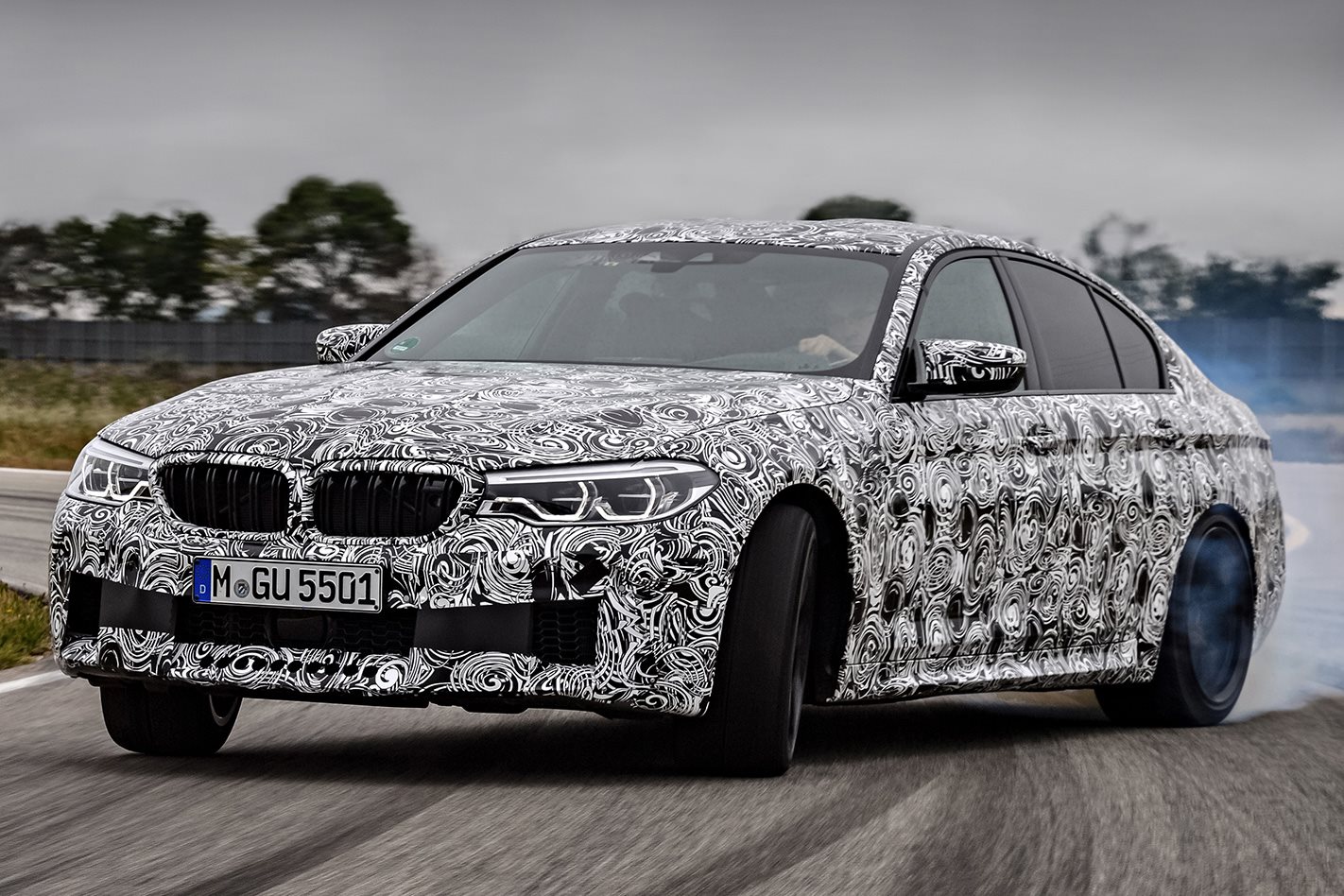 The next challenge is the wet handling track, which definitely needs no artificial irrigation on a day like today. We have standing water, puddles and rivers running across the short and curvy track.

There are no kerbs and zero run-off space. We brace ourselves for a circus of aquaplaning given the drenched surface is akin to an ice rink. Sounds grim and like hard work, but thanks to the low friction coefficient, the cornering speed is slow, manageable and eventually becomes confidence inspiring.

On this rain-swept terrain 4WD quells too much of the fun, DSC off is like walking a tightrope and 2WD evokes cries for help. The best compromise is MDM, which allows a long leash until you overdo it as the safety net of DSC brings everything back under control.

Although we won’t have a final verdict for another year, what the M5 already lacks here and now is some form of hybridisation. 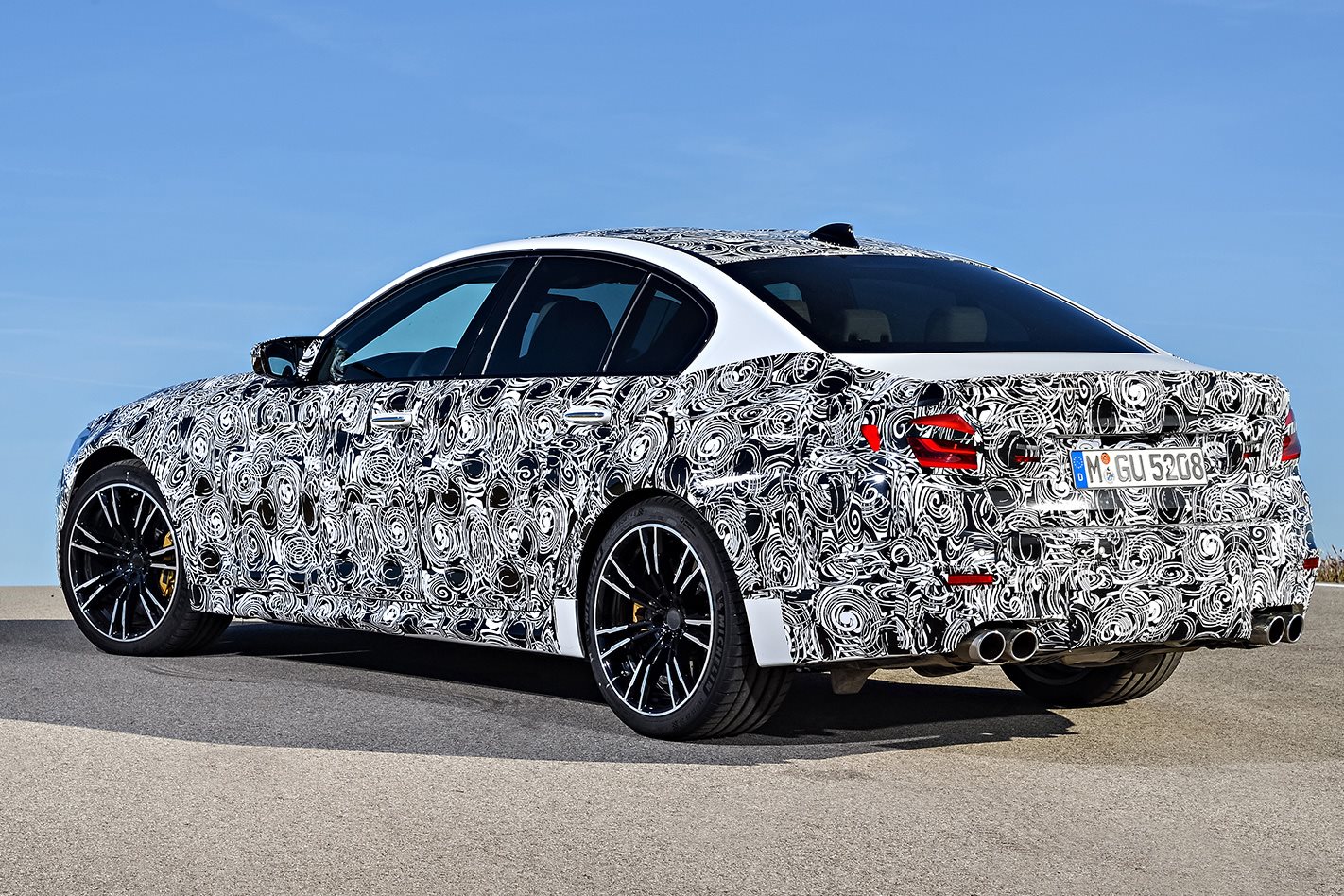 Also, what about an optional manual transmission with, dare we say it, rear-wheel drive and a 460kW competition engine? Conversely, M xDrive should work rather well for the next-generation M3/M4...

The sportiest sedan ever conceived at BMW could have ended up as the big brother to the M3, but despite certain similarities like the carbon fibre roof, Active Differential and the on-demand power oversteer, the new M5 has carved out its own niche instead.

If the first outing on the proving ground is anything to go by, the V8-engined four-door sedan wants to be more of a muscular GT, a family-sized driver’s car and a high-speed, long-distance executive express all in one. 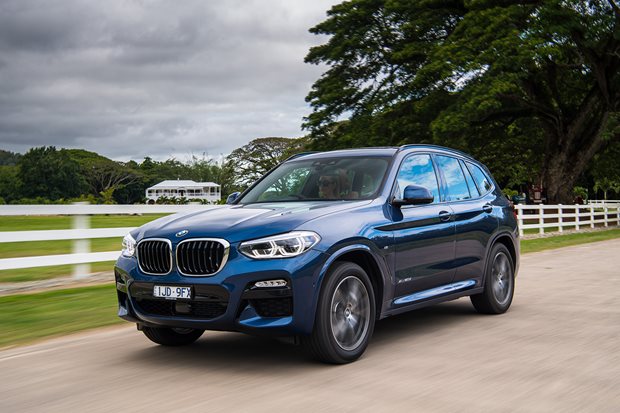 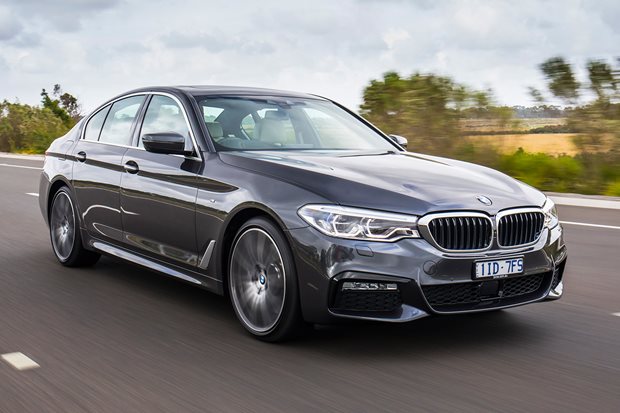 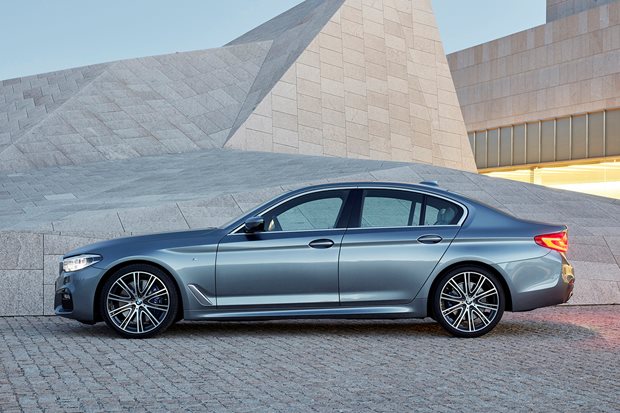 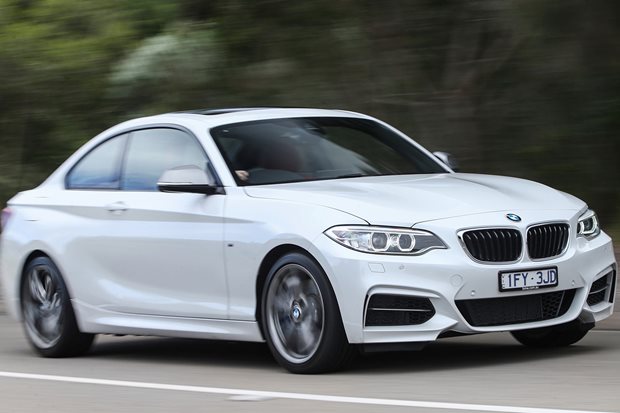