You can learn a lot about someone by the custom 4x4 rig they drive. The size of their tyres, the shine of their paint, the number of outback pub stickers slathered up and down their door trims and dash. But like most things in life, a quick snapshot doesn’t tell the whole story, and neither does just one vehicle.

Eagle-eyed readers may pick the name Taylor Shaw from a yarn a year or two back about a bright-eyed apprentice, who rolled up the spanners and set to work building his own adventure machine. 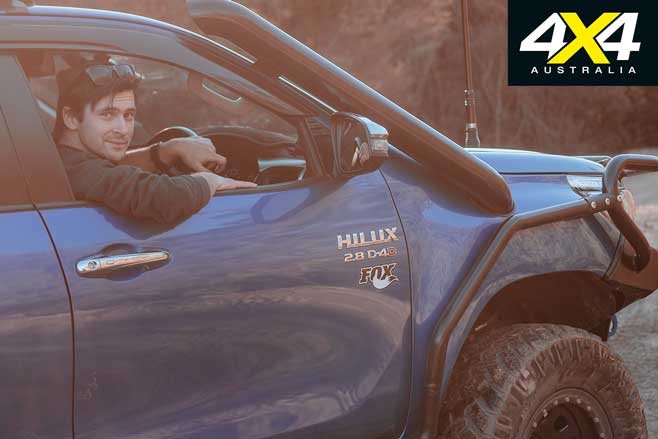 He was an apprentice in both work and life, learning the ins and outs of what goes into a 4x4, what makes them tick, what makes them work and, most importantly, what he wanted them to be when Friday arvo rolled around. But that was that 4x4, not this one.

Taylor’s finished his apprenticeship, he’s learnt his lessons and, just like he’s qualified on the job site, he’s now qualified in the shed, with a solid understanding of what he’s looking for on and off the clock.

The problem is he didn’t want one 4x4, he wanted two. Where his old live-axle-converted Hilux was a do-it-all rig, Taylor found it was a little too nice to be pushing into rocks, so an early Toyota Stout pick-up on an 80 Series frame would serve that purpose (we’ll have a full feature when it’s done). The Hilux also wasn’t quite nice enough for the long-haul touring he wanted to take it on, bringing us to the N80 Hilux before you, which is essentially a more travel-orientated version of his old N70. 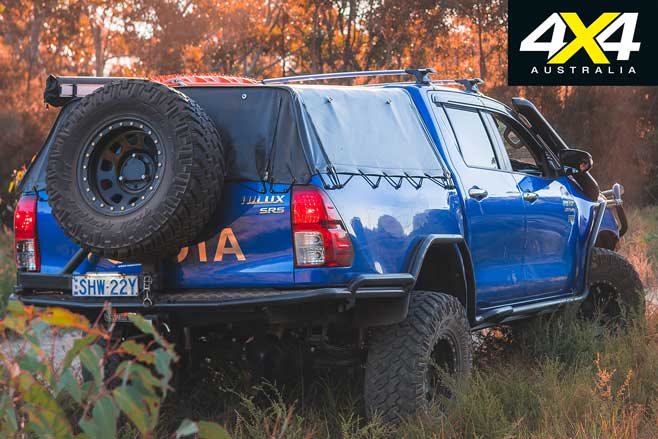 Starting with a showroom-fresh MY18 Toyota Hilux, Taylor set to work building a 4x4 that’d do almost everything … well, everything the Stout wouldn’t do. First cab off the ranks for any 4x4 that’s going to do serious work is the suspension.

Starting from the rear, Taylor put the experience he earned on his N70 to work. The factory leaf springs remain – their spring rate near perfect for the minimal loads he carries – and these are paired with custom-mounted 12-inch travel Bilstein shocks he had laying around from a previous build that have been notched up into the tub for maximum travel. A pair of extended shackles help tie the lot together and give huge amounts of travel, while modified GU Patrol bump stops keep the ride smooth. 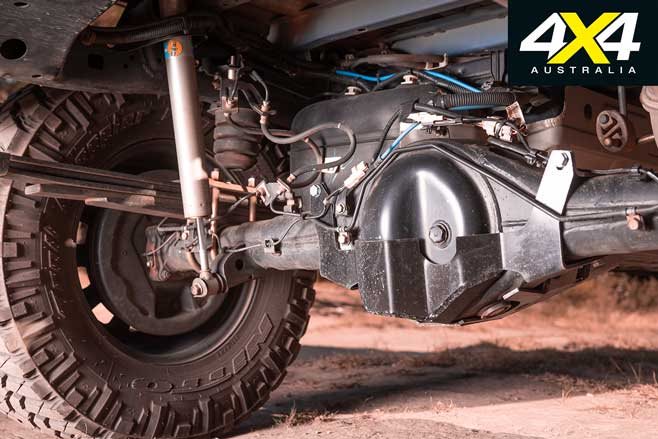 Up front, adjustable 2.0 Fox struts give a 50mm increase in ride height, with adjustable SPC upper control arms preventing ball joint bind as well as keeping the suspension geometry in check. To keep the OEM CVs living their best life, Taylor’s also fitted a diff drop from Phat Bars that physically lowers the diff centre, reducing the operating angle of the CV joint and, by proxy, increasing their strength.

Of course, nothing is as easy as it seems, and fitting the chunky 295/70R17 Nitto Trail Grapplers in the Hilux’s tiny wheel arches wasn’t going to be any different. The front wheel arches have been reprofiled by way of precision grinding, and they now sit back a huge 35mm to neatly match the radius of the oversized tyres. 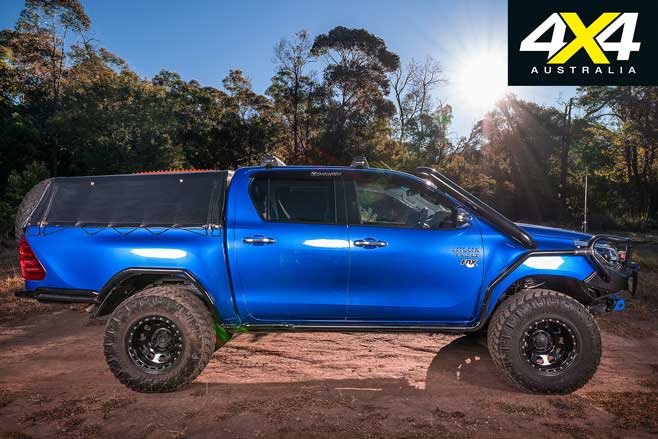 The front body mount also required a slice and dice to provide the necessary real estate to fit the Nittos at full-stuff. The rear wheel arches have had similar treatment; although, this time Taylor was able to reuse the OEM mud flaps to give a near factory finish. The tyres are wrapped around 17x8 -25 King D-Locker steel wheels that complete the aggressive stance.

With the slinky suspension and big tyres combined with the factory rear diff lock, Taylor’s Hilux was starting to become seriously capable, so much so that it’d have the ability to put itself in terrain that’d tear the undersides to shreds.

Phat Bars came to the rescue again with bash plates up front protecting the radiator, engine sump and front diff. They’re fabricated to suit the diff drop, making for an easy install. In the rear, Taylor’s running the first-gen PSR diff centre and pinion armour, and has been told to give it hell. 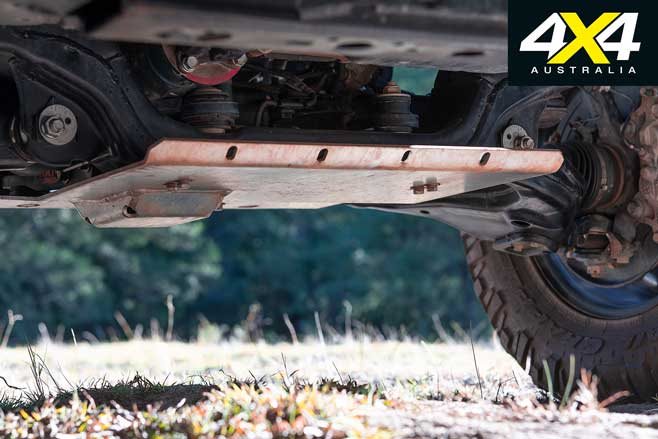 The armour package extends up the sides, too. The Hilux runs AFN’s triple-hoop full replacement bar, but with a twist. Where the standard AFN bar has tube headlight guards and a plate radiator protector, Taylor decided his would look better with the centre section tube as well. A day on the fabrication tools later and his thoughts were confirmed, and a one-of-a-kind bar was fitted to the Hilux. He also re-profiled the wings to prevent fouling on the larger tyres.

Flowing back from here Taylor reached for the bender and grinder again, this time building custom brush bars and rock sliders that go all the way from the AFN headlight hoops to the rear of the vehicle.

Taylor not only fabricated his own swing-away tyre carrier, he also quarter-chopped the tub to gain valuable ground clearance before protecting the edges with more bar work. A valuable lesson was learned after destroying the first tub on a wayward rock. 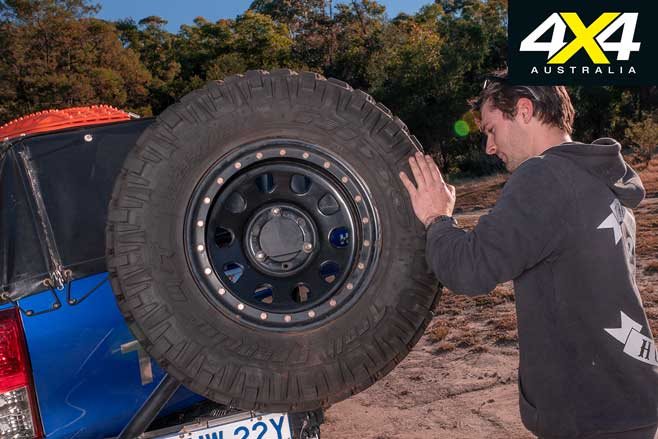 As mentioned, Taylor built this rig to do some serious touring kays, and with red Cape York dirt still embedded in every nook and cranny it’s safe to say he’s hit the nail on the head. Rather than forking out big on an off-the-shelf canopy, Taylor’s reached back into the steel pipe and set to work building himself a full frame above the tub. He then had it wrapped in a custom canvas canopy to keep his camping gear high and dry.

On the outside the arrangement houses his Wanderer awning as well as a pair of camp lights from Supernova lighting (there’s a matching light bar up front from the Australian company). On the inside, a full drawer setup houses his gear for work or play, as well as a hidden compressor in the wings and a trusty old 12V fridge for knock-off time. 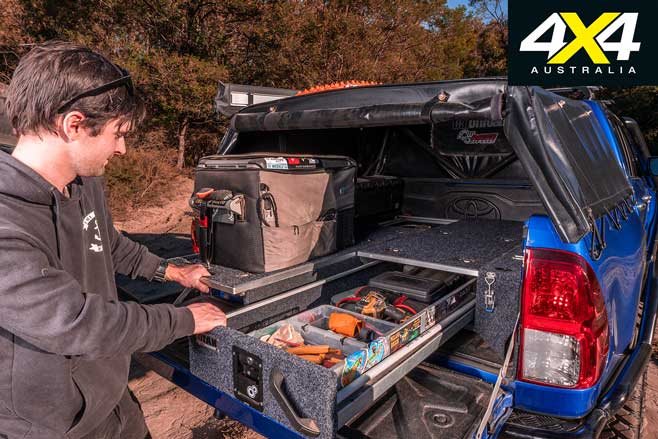 While the N70 was a piece of work in itself, the N80 is just another step along the way to Taylor’s real masterpiece. As his skills and knowledge grow on and off the job site, we’re expecting more and more capable rigs to come rolling out of his garage, and if the N80 is anything to go by, they’ll have attention to detail like no other. 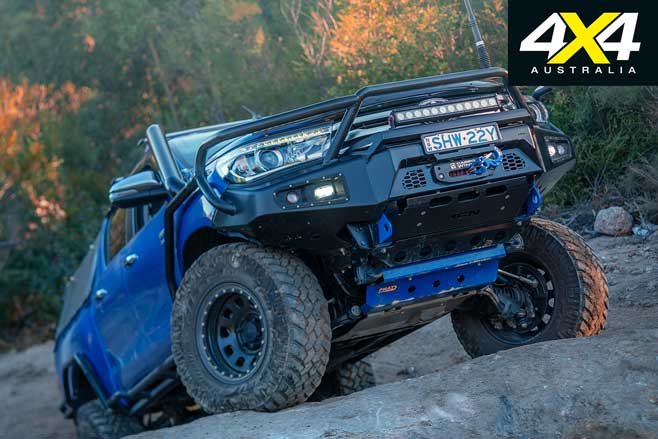 From time to time we come across a vehicle running something that just doesn’t make sense on paper. This time, it’s GU Patrol front bump stops in the back of a Hilux that’s running fairly standard suspension. There’s typically a method in the madness, and this time is no exception.

In basic form, a bump stop is designed to stop the suspension at full bump (when the suspension is fully compressed). The OEM rubbers do that job, but that’s about it. The GU front bump stops are what are known as progressive bump stops. Rather than a hard stop, they gradually slow the suspension down, hopefully to a point where the driver never feels the suspension bottom out.

It’s something used extensively in off-road racing and competition 4x4s, but even in mild tourers it can increase comfort levels when pushing things to the extreme. The added benefit is, without a hard stop you’re far less likely to bend or break components. 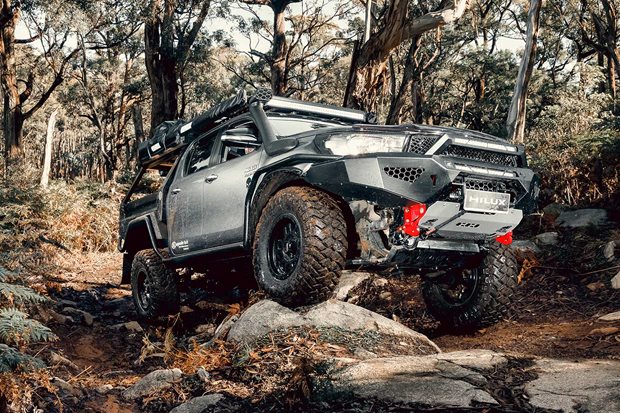 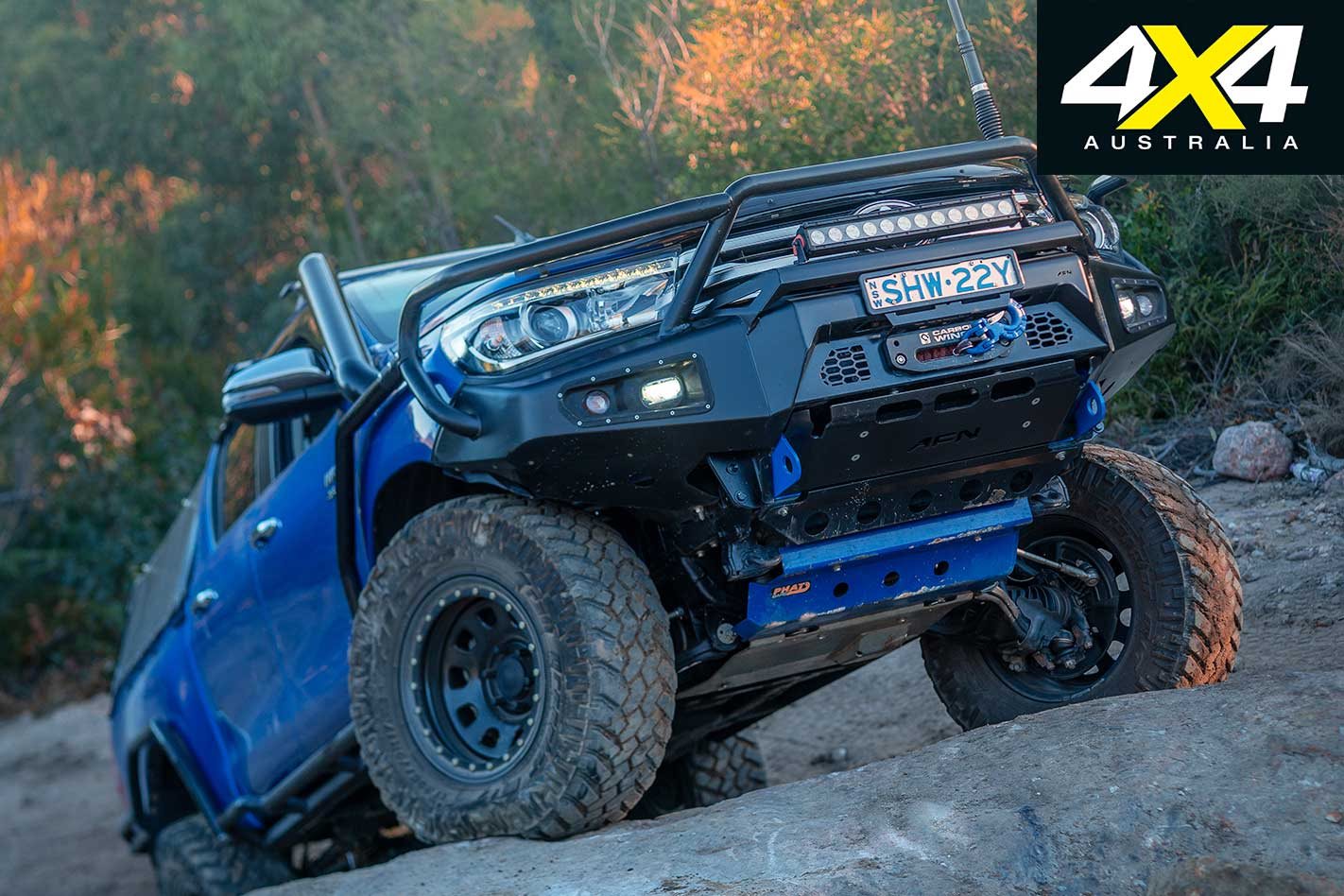 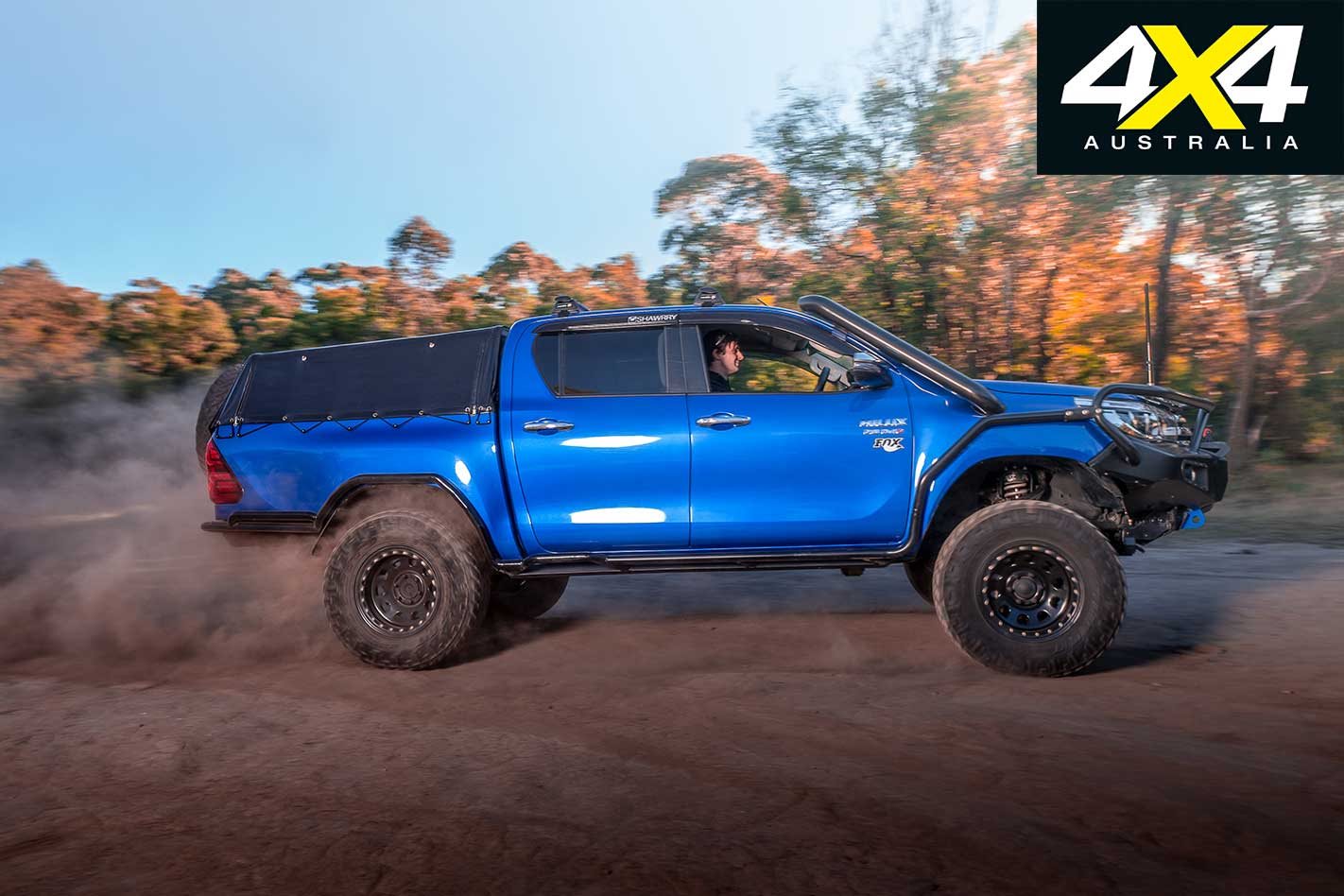 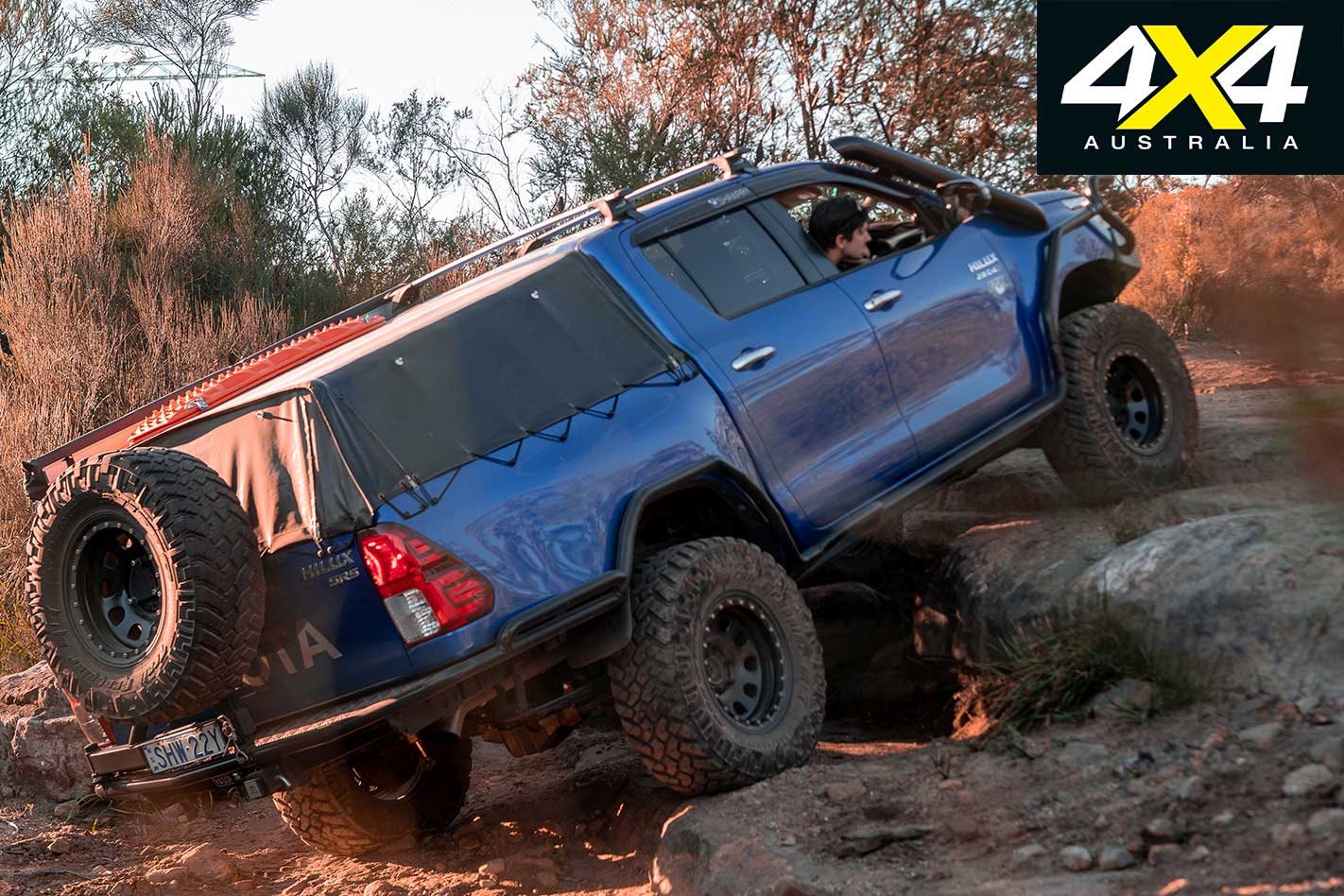 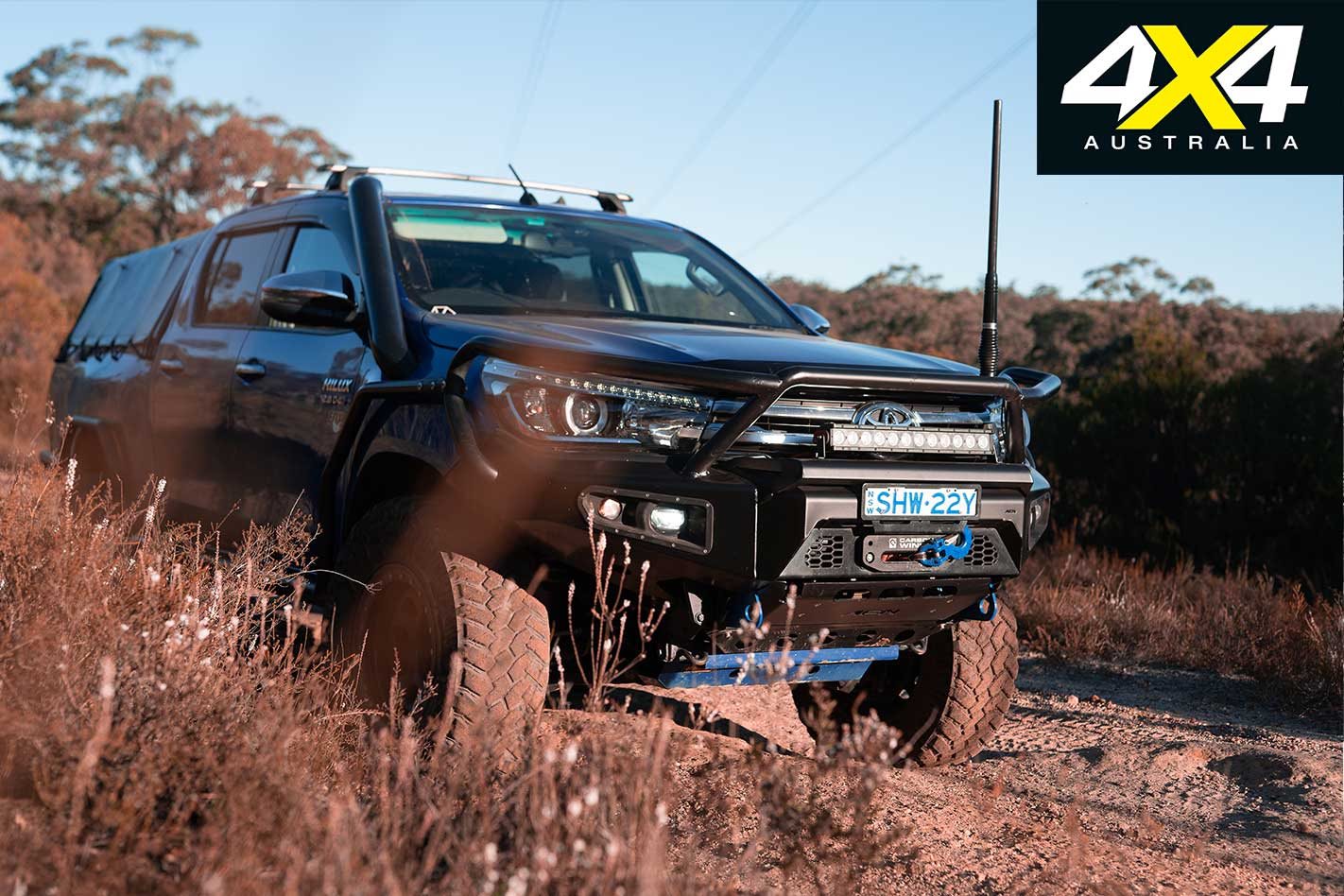 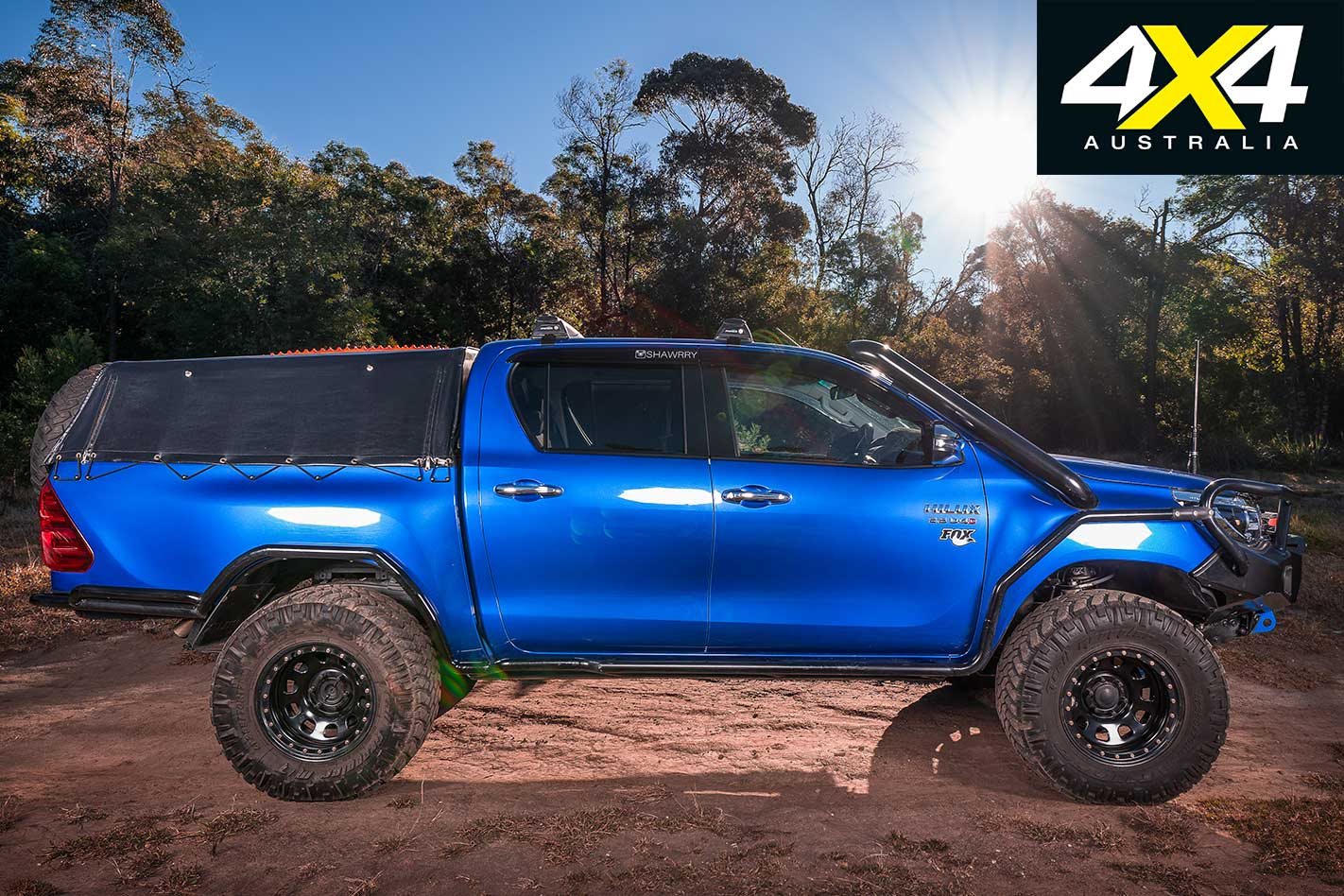 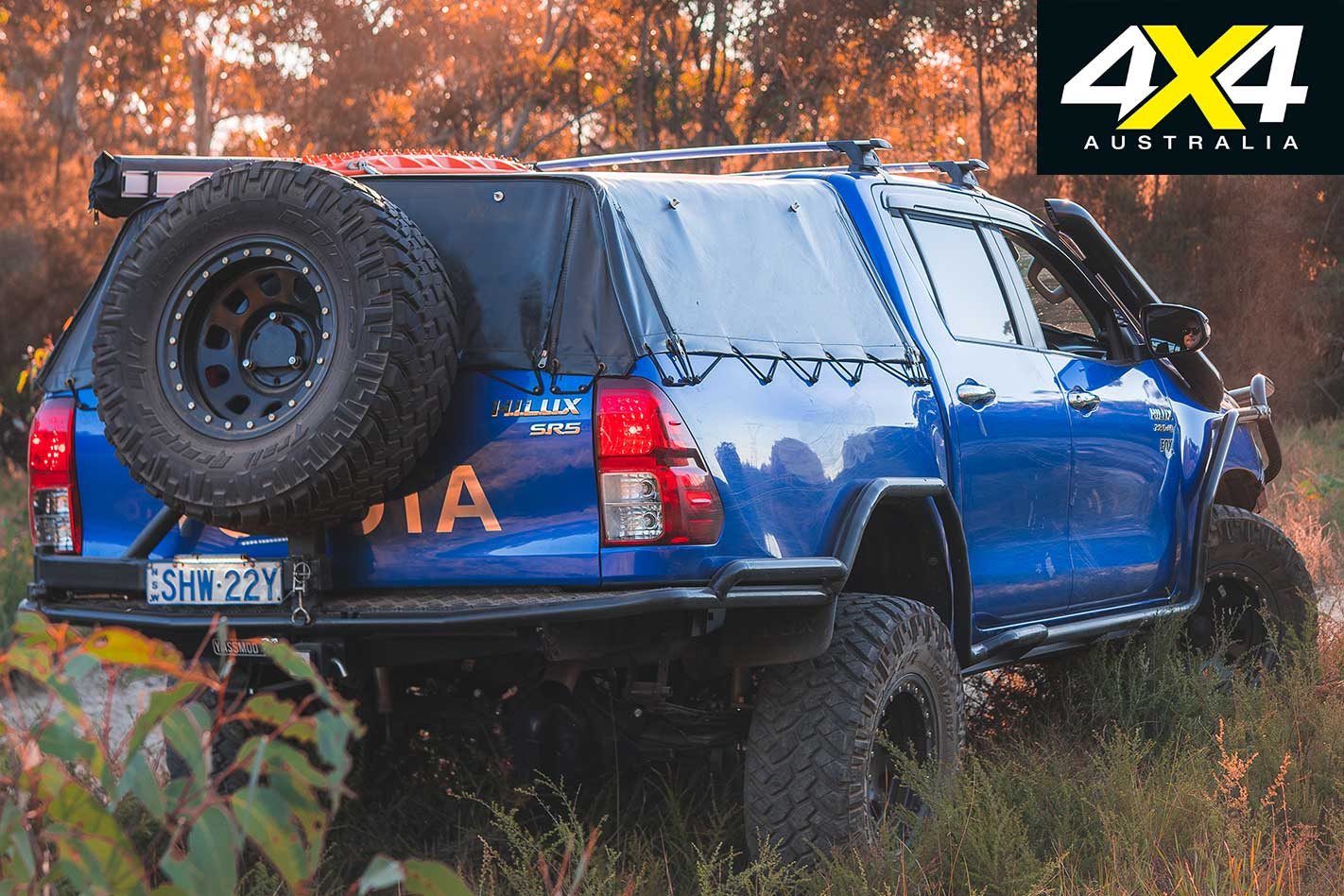 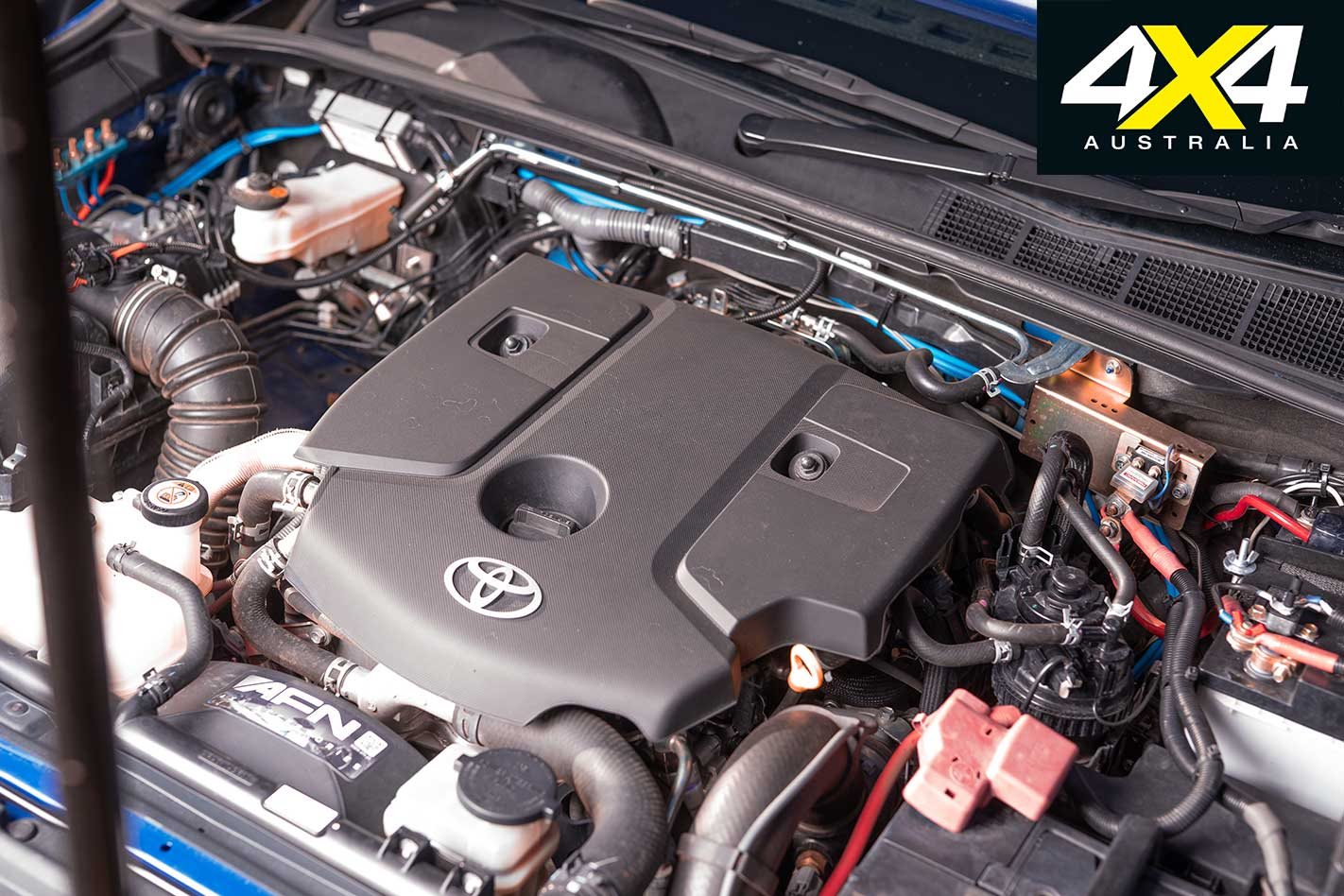 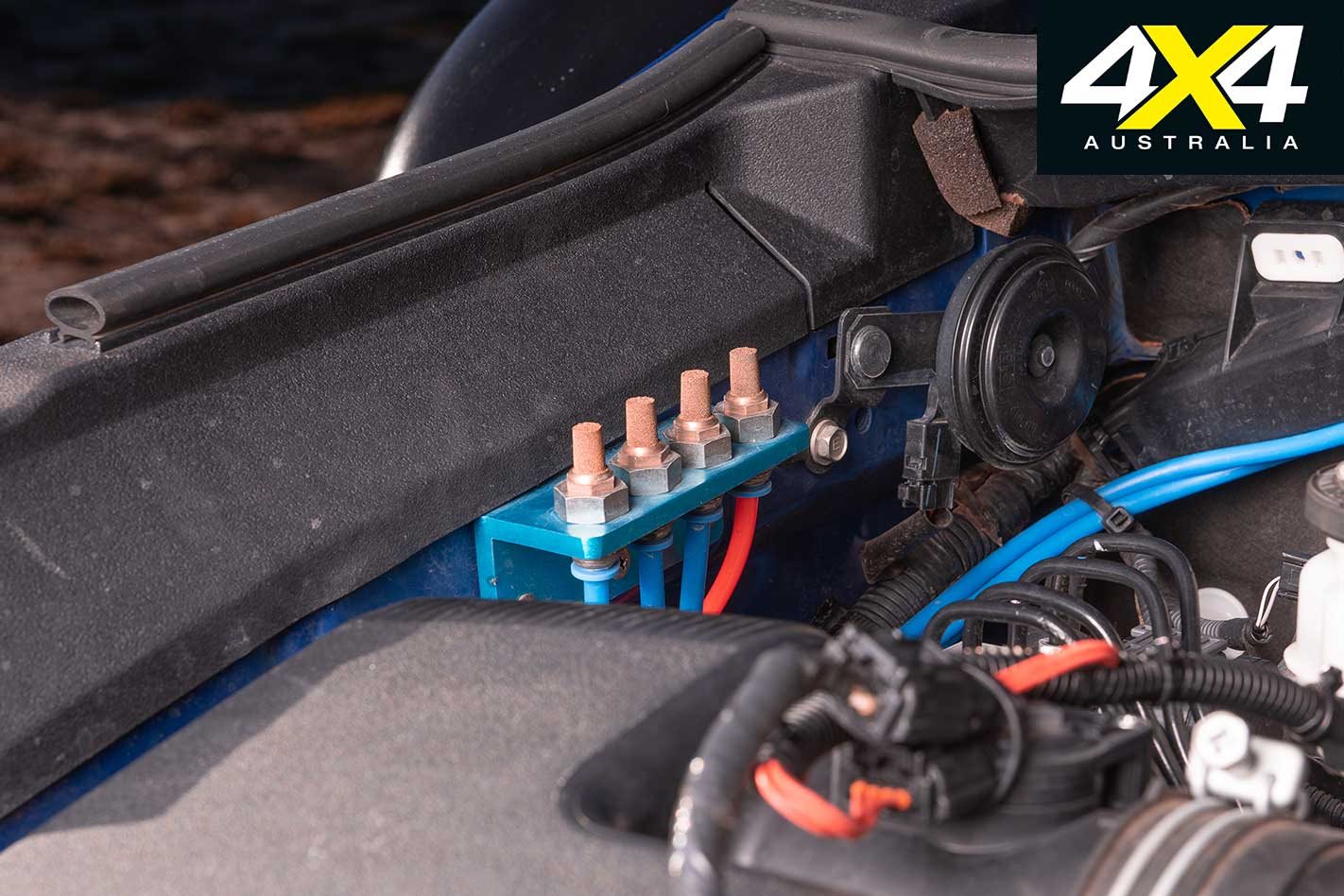 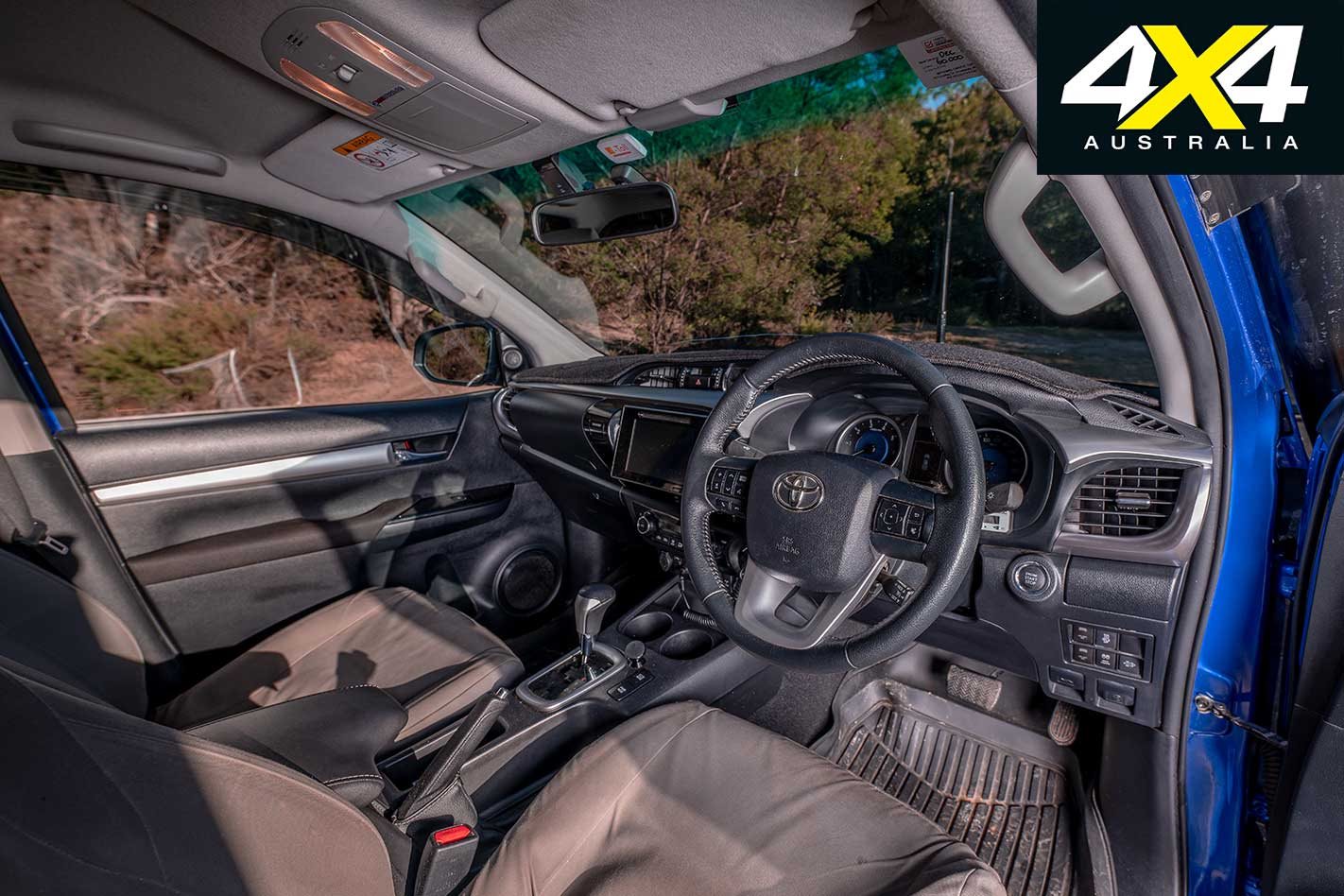 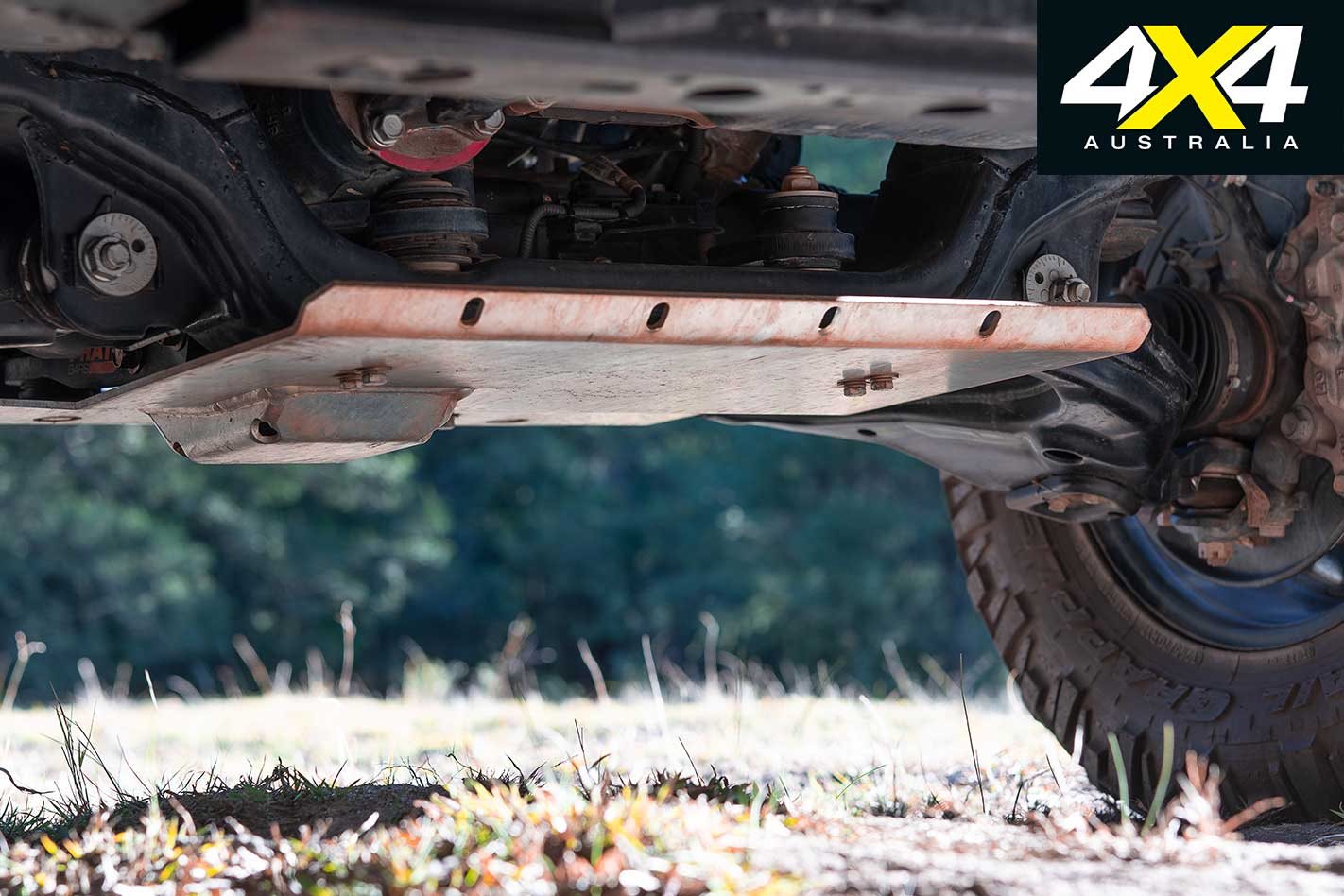 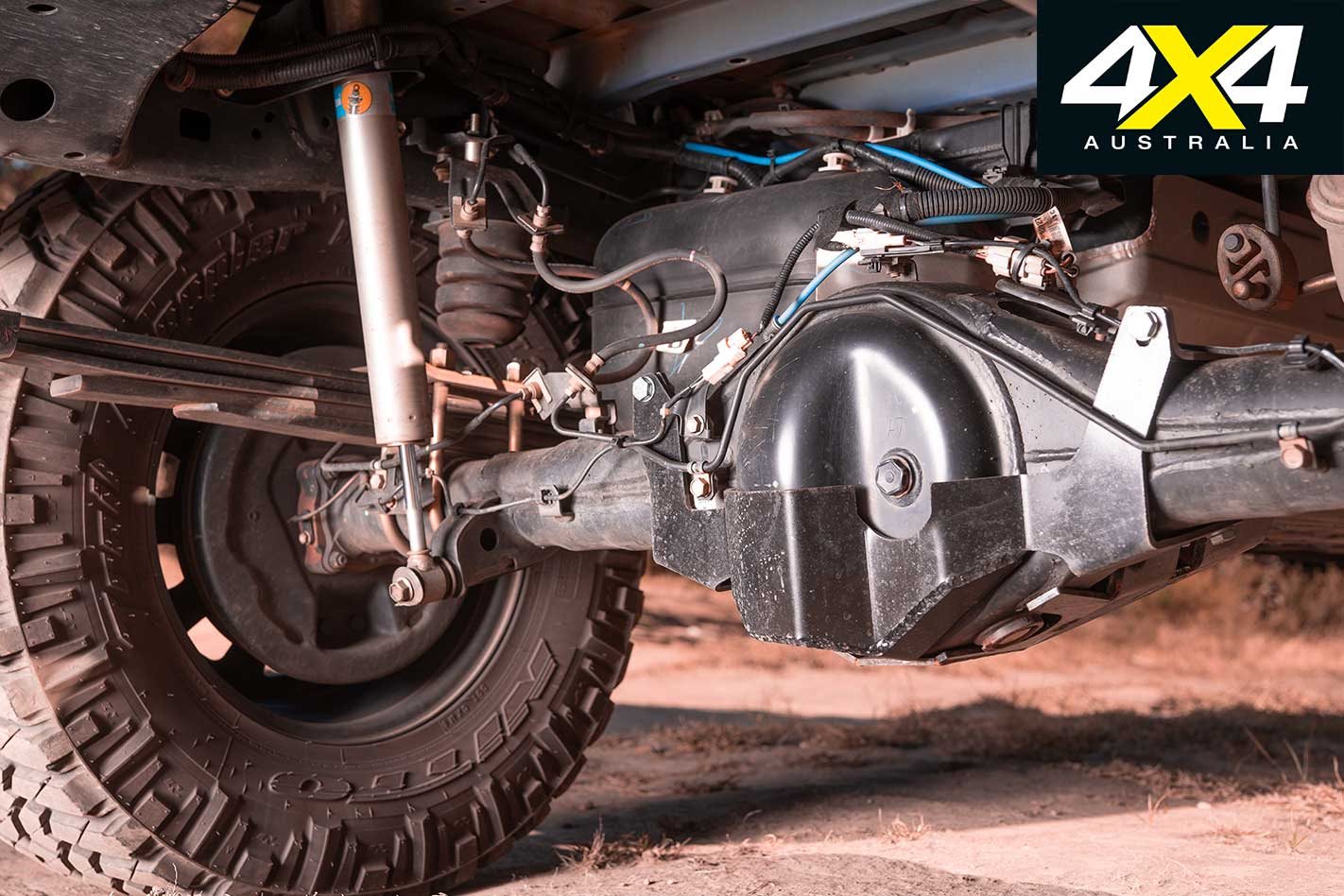 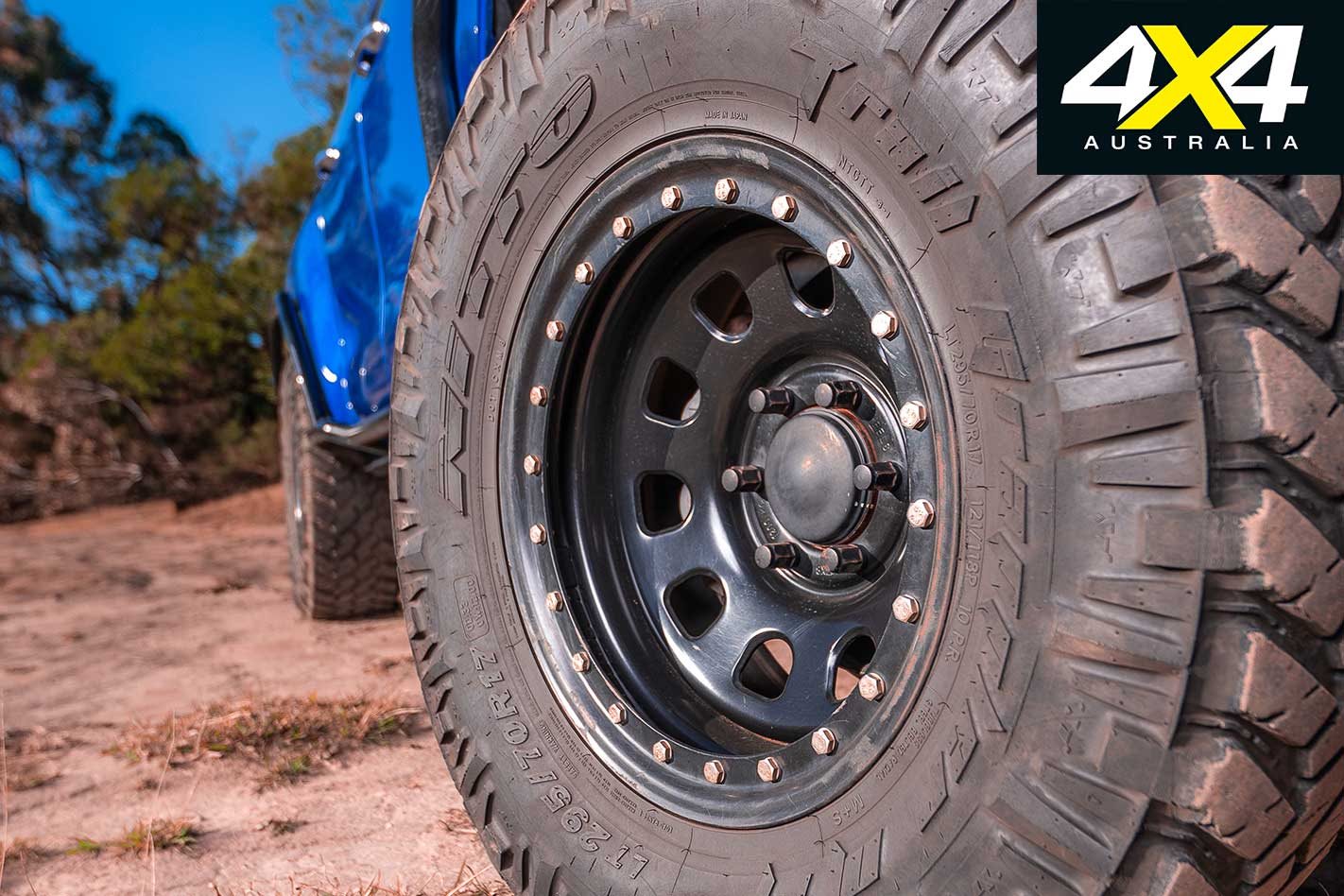 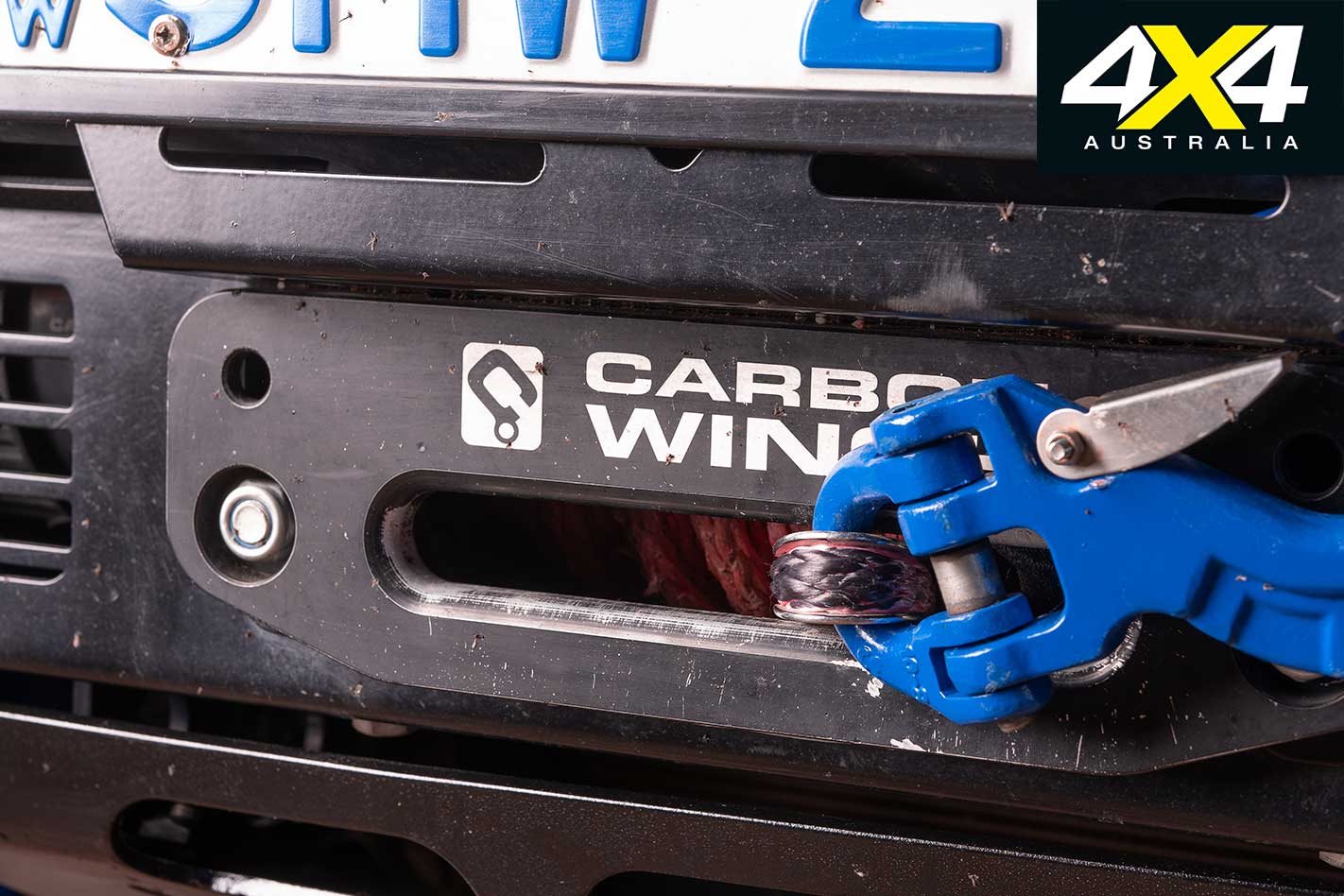 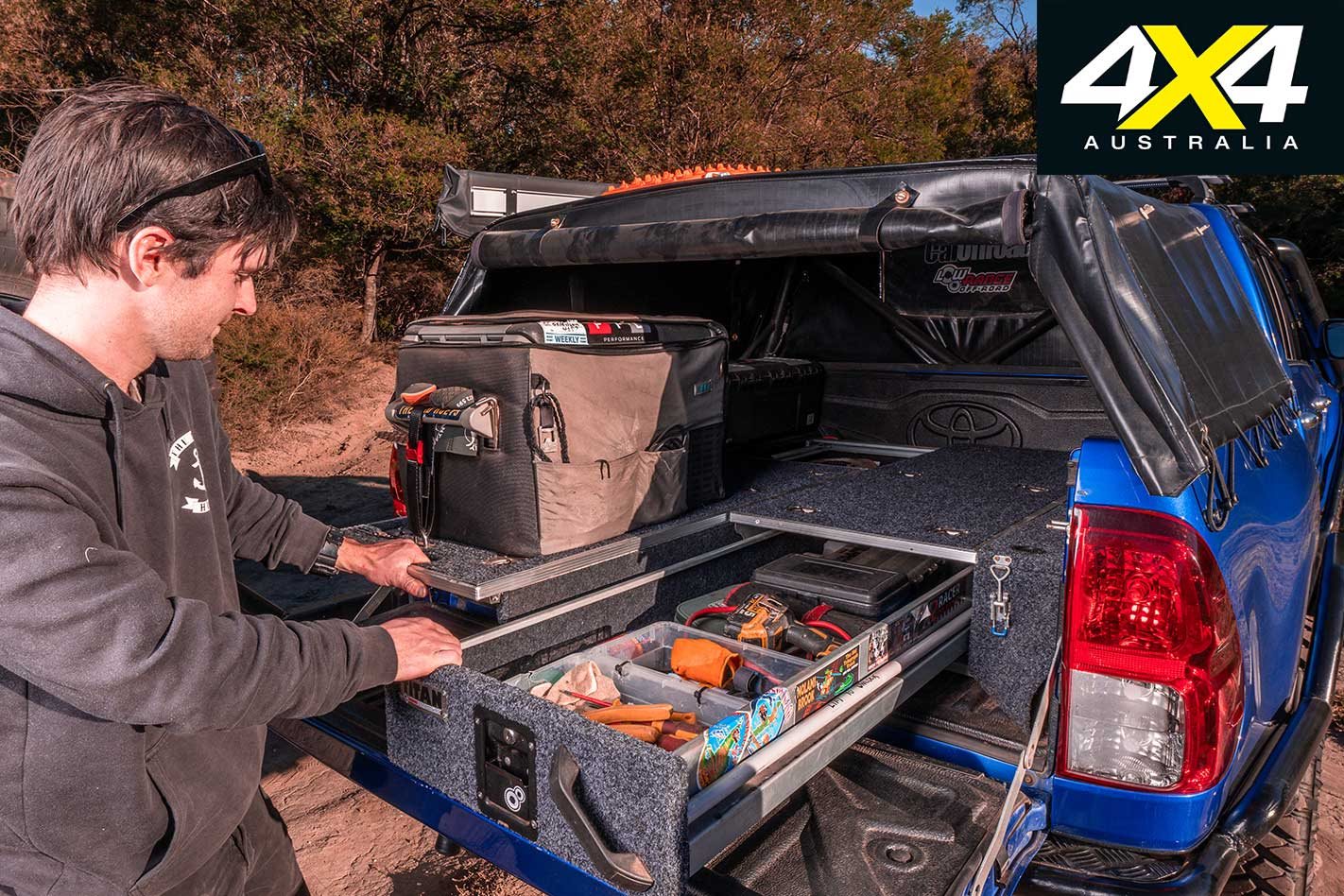 1 / 14 Taylor also pointed his tools at the AFN Triple Hoop replacement bar, adding a centre-tube section to make it one-of-a-kind.