Personally, whenever someone asks why I stopped having children at two I look at them like they’ve just admitted to a love of licking windows, or plaiting belly-button lint. Obviously, once you go beyond two, or heaven forbid three kids your choice of cars become extremely limited.

Sportiness is out, practicality is everything, and you need to keep in mind that those squawking, brawling balls of joy will only get bigger, so finding a vehicle with space for them to grow is also a wise move. 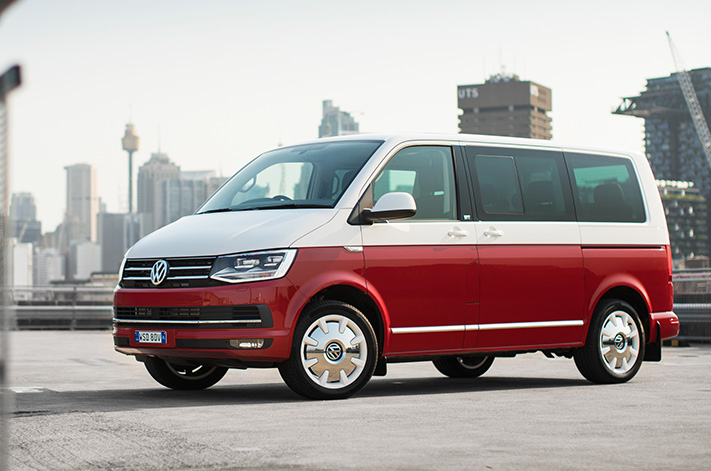 All is not lost, however, and you can find vehicles that will bring you joy, if not pace and passion, if you look carefully enough.

Personally, I’ve always been surprised by how much fun the Honda Odyssey and can be, and how Germanically ingenious the Volkswagen Multivan is as well. We’re also throwing in the Isuzu MU-X for the value-oriented amongst you.

Honda calls its breeder bus “sleek, sexy and refined”, which may be gilding the lily slightly for a van with a face that looks like a multi-bladed razor and a body that shouts Biggest Loser Contestants Within.

The Odyssey has always pushed the styling stakes right to the edge when it comes to the people-mover market, and the Japanese (and Chinese) seem to love the look, although it’s not for everyone. 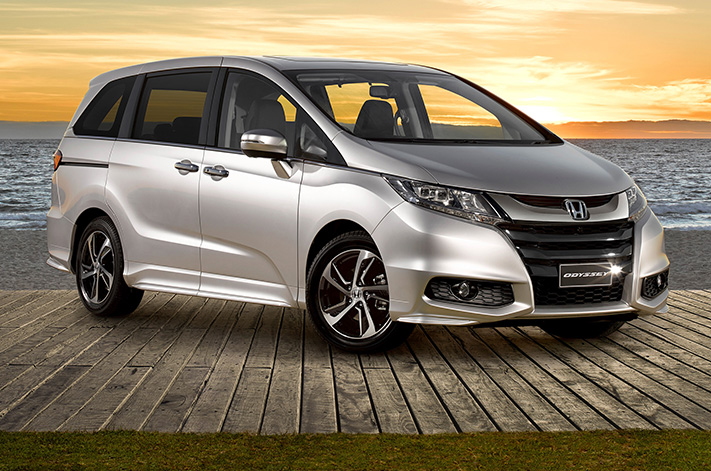 The payoff is an interior that’s so roomy your kids will think they’re in Business Class. If you’ve really gone over the top with your breeding you can even choose the VTi, which comes with eight seats and is a steal at $37,610. That gets you the same 2.4-litre petrol four-cylinder engine you’ll find in the range-topping, seven-seat VTi-L (and the Honda Accord), at $46,490.

The Odyssey provides a real sense of Japanese quality and design, and is roughly the same size as a Tokyo flat. Back in 1995, the Odyssey was Wheels’ Car of the Year, which is a handy vote of confidence in its lineage as well. 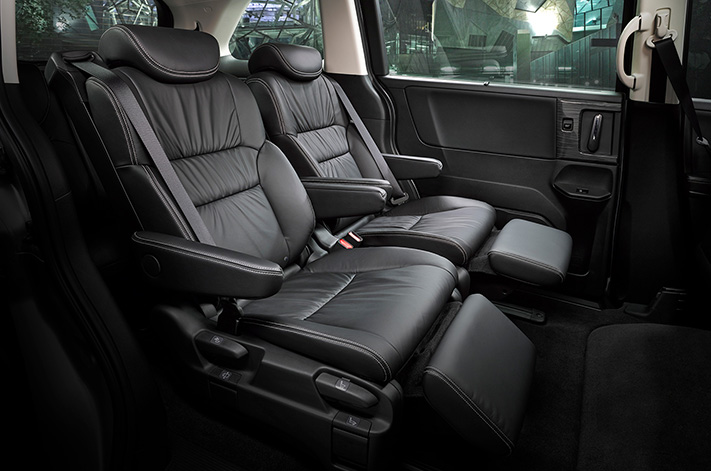 Just because you forgot to stop breeding doesn’t mean you can’t drive a properly engineered German car with a classy interior that your little kids will attempt to make a mess of. And if you’re happy to spend a bit more than Japanese money will buy you, the VW Multivan is an excellent choice.

Yes, it looks like a bus on the outside, but inside you’ll find a highly versatile rail-seating layout, with room for up to eight humans, and the ability to spin the seats to create a boardroom-style layout, for those rained-out family picnics (there’s even an optional table). 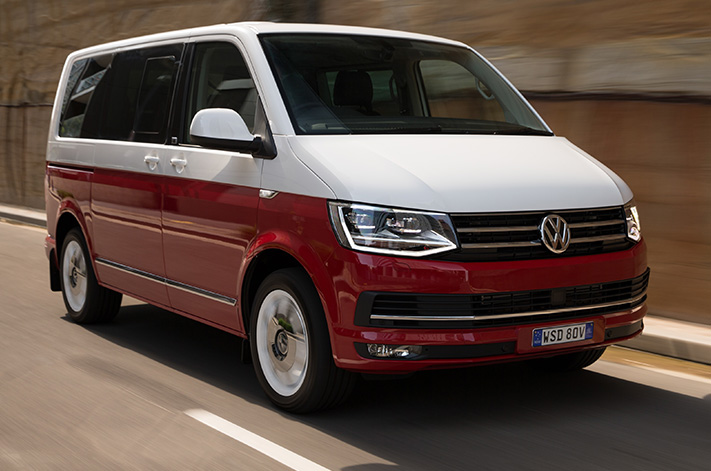 The “captain’s chairs” are super comfortable and the sliding doors are practical, while the 2.0-litre diesel engines are both grunty and frugal.

Still, if you were planning to buy a Porsche before you had all those kids, this will seem cheap. 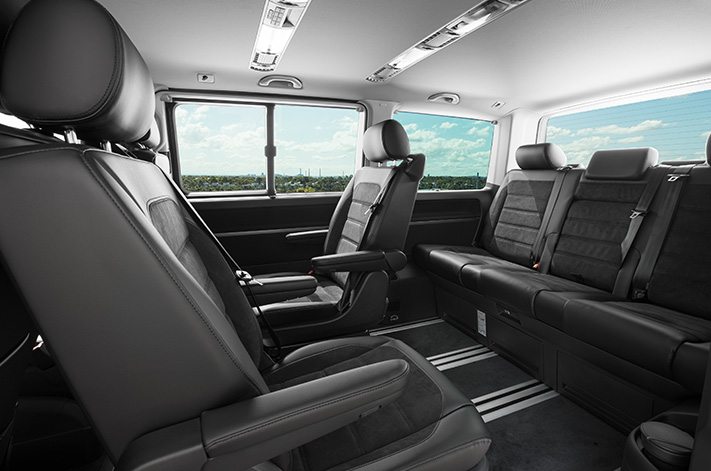 Wheels magazine calls the MU-X the “ute with a kid-friendly boot”, and that’s a fair description. The word “value” should also feature prominently in any description of this big seven-seater. 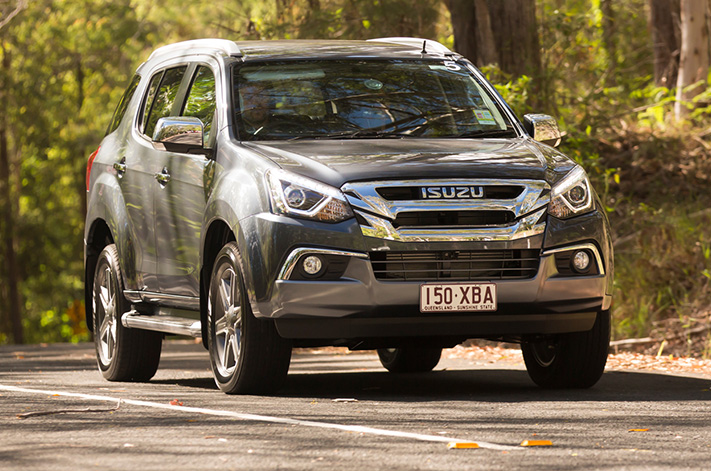 This is a hell of a lot of vehicle for not much money, starting at just $40,500 for the base LS-M, powered by the bullet-proof Isuzu 3.0-litre diesel and with rear-wheel rather than all-wheel drive, because you’re never really going to take that many kids off-road (although you can tow up to three tonnes of caravan).

The range-topping LS-T 4WD is worth a look at $53,500, though, because it comes with a roof-mounted DVD player, which may just be the greatest invention since the vasectomy. Styling wise, the Isuzu even manages to make you look rough, tough and outdoorsy, rather than the brow-beaten, home-based parent you’ve become. 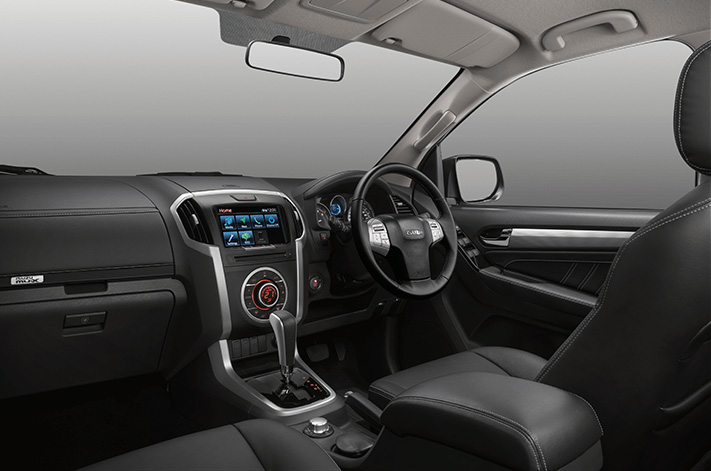 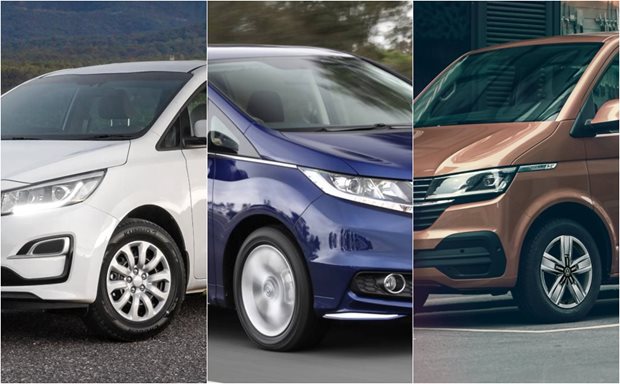 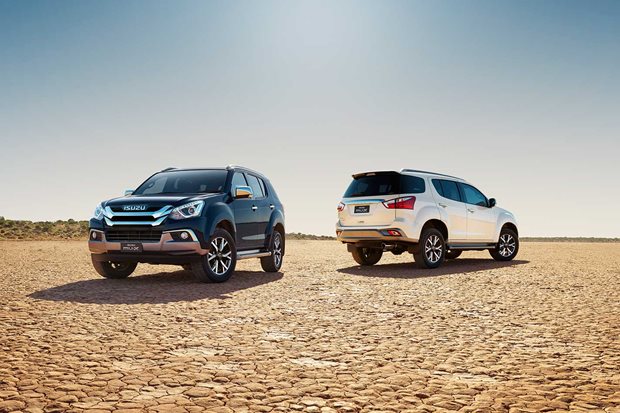