Here we focus on Land Rover, the brand that is now renowned for building the iconic Defender, the legendary Discovery, and the world’s first luxury SUV – the Range Rover.

Land Rover was born in 1947 as a sketch in the moist sand of a Welsh beach, when brothers Spencer and Maurice Wilks believed they could build a superior, British version of the war-surplus Willys Jeep they used on their farm.

They also had the means – Spencer was the managing director of Rover, while Maurice was its technical chief. The 1948 ‘Land Rover’ not only boosted the company’s business but became Britain’s most successful post-World War II export vehicle.

See next: 2020 Defender takes on the wilds of Africa - Video Review

Early prototypes of the Land Rover Series I featured a central steering wheel, which overcame the issue of adapting the vehicle for overseas markets.

It also reflected the vehicle’s aim to become an alternative to farm tractors – and advertising posters featured it pulling various machinery including ploughs and carrying big loads of wheat.

The wheel reverted to a normal position, however, by the time it reached production. 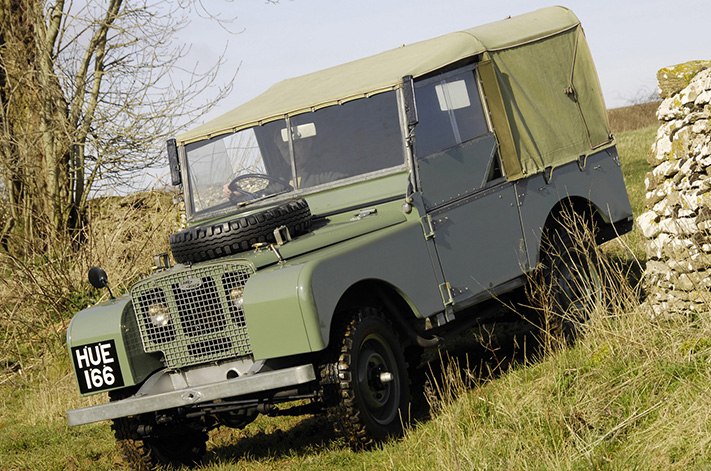 Production started at about 100 per week but the Land Rover’s popularity saw this escalate to 500, then 1000 – at which point it was out-selling Rover’s traditional sedans. Famous customers included The Queen, who would become not just a regal buyer but a regular one.

From 1958, the Series II Land Rover introduced more variants including a longer-wheelbase model, a 12-seater that saved on taxes due to being classed as a ‘bus’, and large Forward Control versions – so-called because the driver sat ahead of the front axle.

One Scottish conversion company, Cuthbertson, even created a version featuring tank-style caterpillar tracks. Land Rovers also became converted fire trucks and ambulances, while various ‘Landies’ became a familiar sight in modern warfare. One model used by the SAS in Oman was dubbed the ‘Pink Panther’ – after its special paint that was deemed best for camouflage during desert operations. 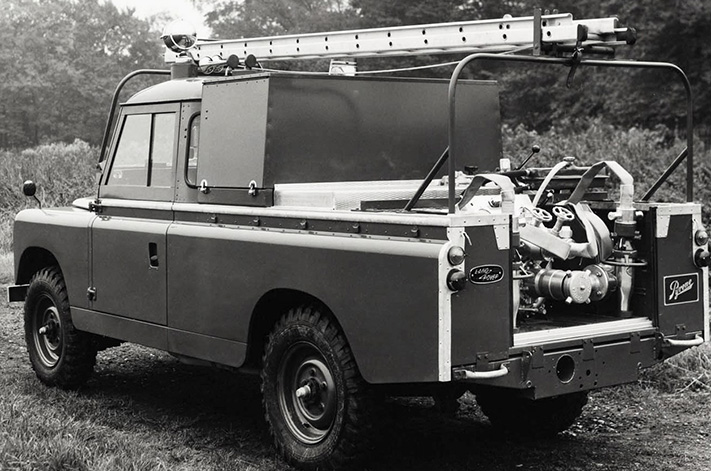 In the 1950s, Rover dabbled with development of a new wagon-style model dubbed the Road Rover. It wasn’t until 1970, however, that the Series 1 was joined by a more upmarket vehicle. The Range Rover’s features included permanent four-wheel drive, a distinctive clamshell bonnet, a continuous waistline, and an interior that could be hosed clean.

It didn’t establish itself as the world’s first luxury SUV, however, until 1981, when it added two rear doors. Other design cues retained by today’s fourth-generation Range Rover include the ‘floating roof’ concept first seen in 1973. 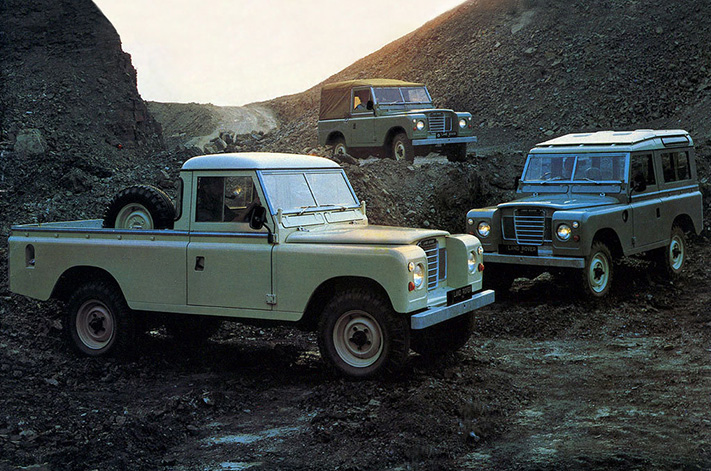 MONA LISA … AND A RANGE ROVER

Such was the Range Rover’s global impact that, for a period during the 1970s, Paris’s famous Louvre showcased the vehicle as an industrial masterpiece.

Rover was determined to keep the Range Rover name a secret prior to its launch, so all 26 prototypes testing in places including North Africa and France featured the Velar badge – Italian for veil or cover – to confuse prying eyes.

In 2017, Land Rover revived the badge for a new Range Rover model sitting between the Evoque and Sport. 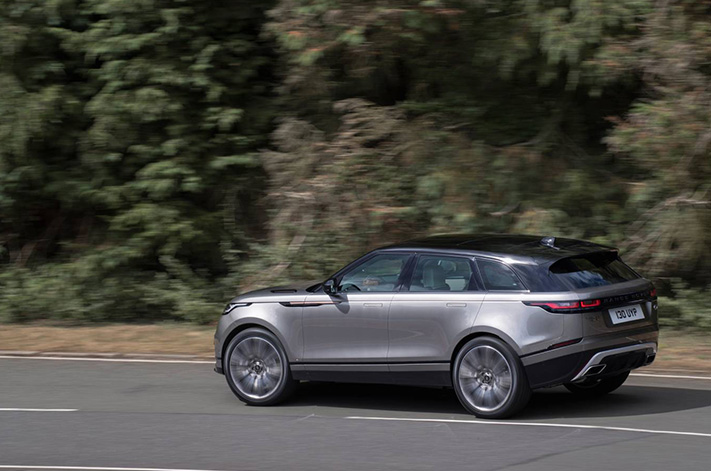 LAND ROVER BECOMES ITS OWN BRAND

The success of the Series Land Rover and “Rangie” prompted the transition of Land Rover from a product line to full brand in 1978 – under the stewardship of British Leyland before it was subsequently renamed the Rover Group in 1988 during a messy period in the British car industry.

In 1994, an ambitious BMW purchased the Rover Group from British Aerospace – but a combination of German mismanagement and the British manufacturer’s deep-rooted issues resulted in Land Rover being sold to Ford six years later (for a then US$2.8billion) while Rover went to a consortium (for a nominal £10).

The company behind cigarette brand Camel created a promotional event in 1980 in which three German teams driving Jeeps tackled a challenging route through Brazil’s Amazon Basin.

From 1981 until 1998, the Camel Trophy spread to other parts of the world and became the exclusive domain of various Land Rovers as both competitor and support vehicles for an adventurous expedition event “designed to test human endurance and adaptability”. 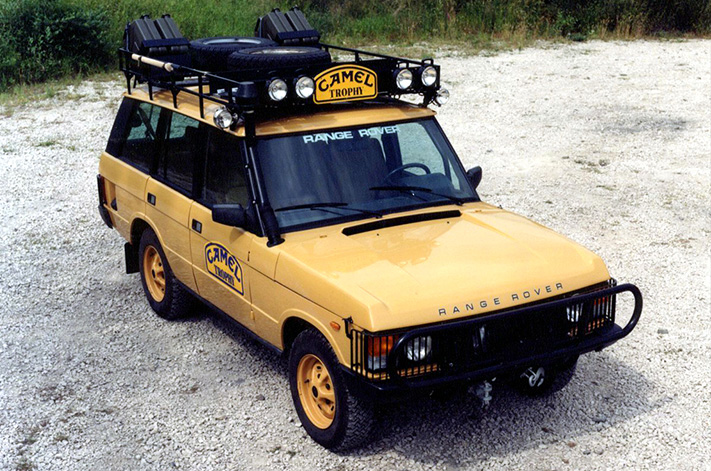 The 1989 Discovery not only filled a crucial product gap existing between the basic Defender and luxury Range Rover, it responded to the surge in sales of 4x4 lifestyle vehicles during the 1980s.

To hasten development – and Land Rover’s ability to rival the likes of Japan’s Nissan Patrol and Toyota LandCruiser – the Discovery borrowed the Range Rover’s underpinnings, though was given its own distinctive design – its biggest trademark the two-level, or stepped, roof.

Its ensuing success over the following decades eventually led to the company establishing a new Discovery family of vehicles – including the rebranding of the Freelander compact SUV (launched 1997) to Discovery Sport in 2015. 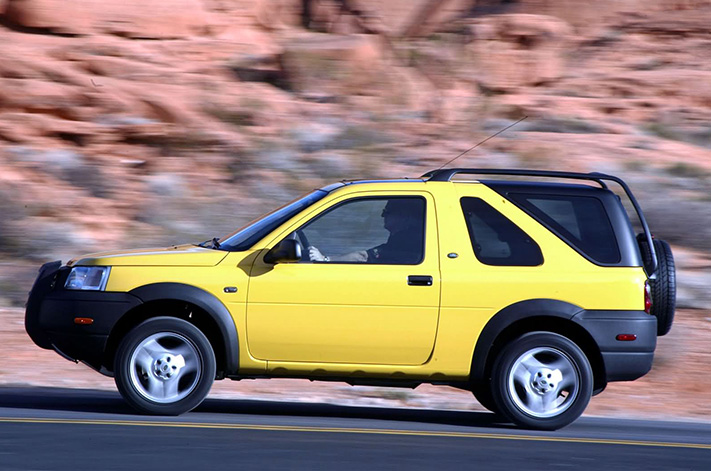 The Series Land Rover had eventually become the Ninety and One Ten – two versions named after their wheelbases in inches (approximately) – before being badged Defender 90 and Defender 110 from 1991.

Production finally ended in January 2016, 68 years after the original rolled off the same Solihull, UK, assembly line. About two million had been built, and between 65 and 70 per cent of these are estimated to still be running today.

READ NEXT: 50 things you need to know about the new Defender 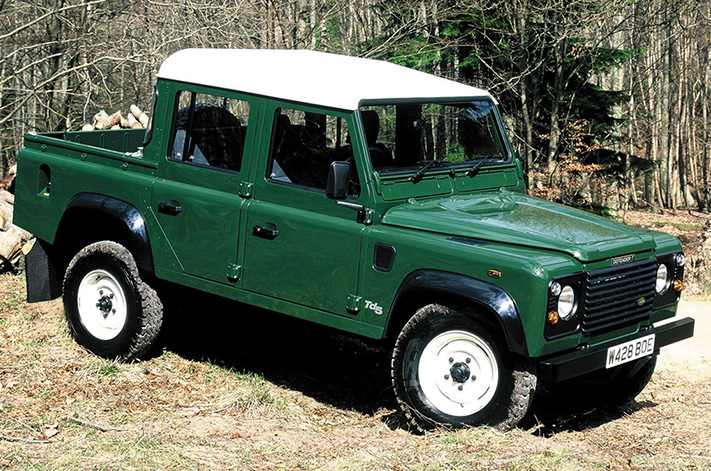 Technically, a Range Rover’s full name is a Land Rover Range Rover – a bad case of repetition. A few years ago, the company considered splitting the two into separate brands – with LR focused on utilitarian vehicles and RR focused on luxury – before sticking with the status quo.

The Range Rover family has grown, however. After the original covered 34 years alone, it has been joined by three new relatives since 2004. That year marked the arrival of the smaller, more athletic Range Rover Sport, followed by the “baby Rangie” Evoque in 2011, and then, in 2017, the (aforementioned) Velar.

Land Rover hired singer-turned-fashion-designer Victoria Beckham as a temporary creative director to create a Posh version of the Evoque in 2012. 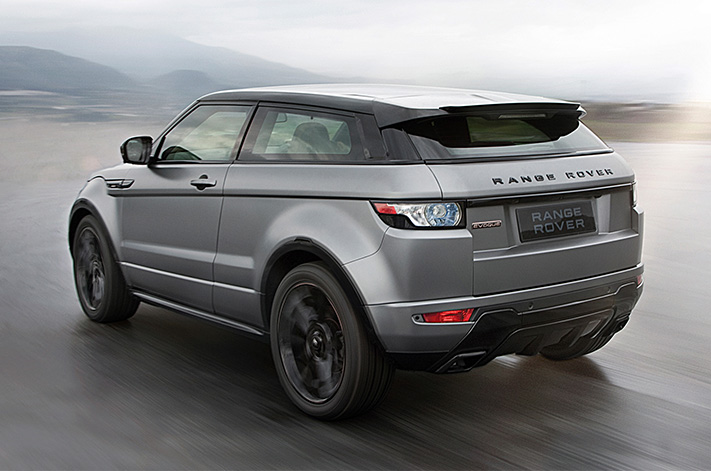 Since India industrial giant Tata bought Jaguar and Land Rover from Ford in 2008, the two British sister brands have become increasingly intertwined – sharing a vast array of componentry and technology for improved economies of scale.

Platform sharing is also gradually coming into the equation. The new Range Rover Velar shares much of its construction, suspension and engines with the Jaguar F-Pace SUV.

Jaguar Land Rover’s Special Vehicles Operations division released the fastest and most powerful Land Rover yet in 2015 – the Range Rover Sport SVR. With a 405kW supercharged V8, the SVR – still on sale – can reach 100km/h from standstill in 4.7 seconds and a top speed of 260km/h. 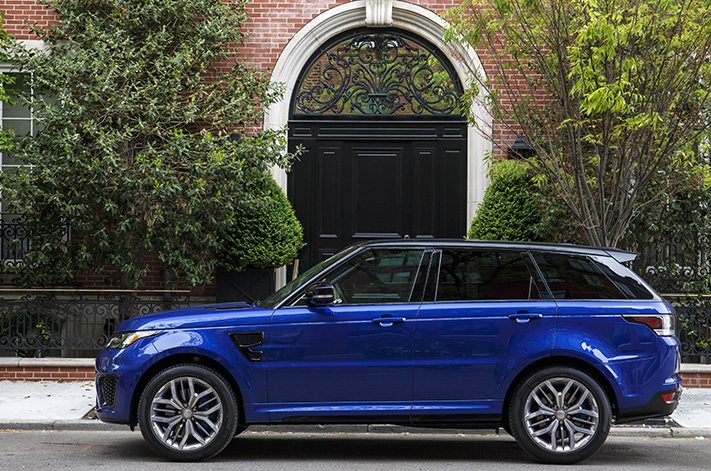 Land Rover continues on strong to this day, as we wait for the imminent release of the 2020 Defender upon Australian soil.

It’s the car that defines the Land Rover brand, but the new Defender is radically different from the original and heralds a new era for the storied marque. 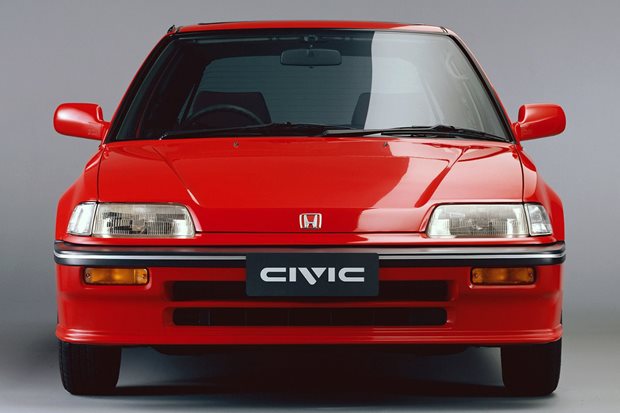