Nissan Pathfinder vs Mazda CX-9– Which SUV Should I Buy?

We take a look at two seven-seater SUVs, as we battle off the Car Of The Year winner and the Nissan Pathfinder.

Which is a better car: Mazda CX-9 AWD Azami or 2017 Nissan Pathfinder TI AWD? We will use the car for three to four road trips per year with three adult-sized teenagers plus occasionally driving their friends and our elderly parents. This is why we need a part-time seven-seater.

As we discovered in our Wheels magazine multi-seater megatest in the middle of last year, the Mazda CX-9 brings the best combination of space, practicality, usability, refinement, comfort, performance, handling, ride and design in its class. In fact, it went on to win the 2017 Wheels Car of the Year award, and so we have no hesitation at all recommending one.

The Nissan Pathfinder, on the other hand, really only excels in drivetrain smoothness and front-seat space; otherwise its interior feels cheap by comparison, the rear two rows aren’t as comfy as they could be, its suspension rides a little too firmly for our taste, and the steering does not have sufficient weight or feel. In our test, the Pathfinder scored a lowly eighth, ahead of only the Honda Odyssey and final-placed Holden Captiva. 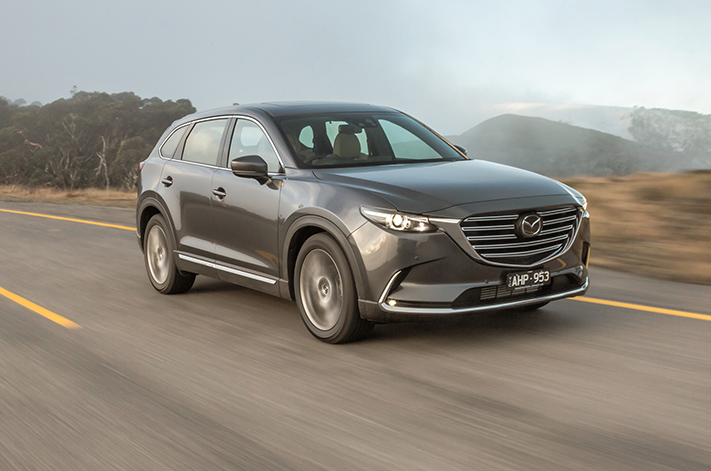 There is clear space between the CX-9 AWD and the next-best seven-seater SUV equivalent, the Kia Sorento 2.2D AWD in Platinum or GT Line guises, though the Kia does have the advantage of being a frugal diesel, and is offered with an unbeaten seven-year warranty against the Mazda’s three, so that’s something to consider if you want to test drive the CX-9 against something else.

Another alternative is the Kia Carnival in SLi or Platinum CRDi variants, as it offers unbeatable second and third row room in a surprisingly well-presented cabin. It isn’t really for the keen driver, but the Carnival does a fine job hauling people around. And of course it also comes with the same diesel and longer-warranty advantages of the Sorento.