There was no shortage of tasty metal released last year, but 2017 is already shaping up to be another big one in the world of cars. Here are the cars we can’t wait to experience over the next twelve months.

Why would we be excited about a mid-sized crossover? Because Mazda’s follow-up to its popular first-generation CX-5 looks set to take the segment by storm once again with a combination of sharp design, clever engineering and enjoyable driving dynamics.

Expect it to arrive in showrooms in April, with a line-up similar to that of the model currently on sale 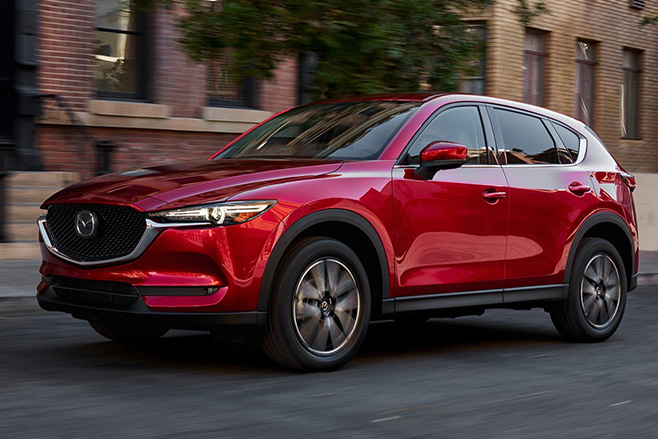 After years of ho-hum front-drivers, Alfa is set to make a triumphant return to form with its most compelling offering in years: the Giulia luxury sedan.

Sized to compete with the BMW 3 Series and Mercedes-Benz C-Class, the Giulia range will launch in Australia with the flagship QV variant to battle the M3 and C63. A rear-drive platform and grunty twin-turbo 3.0-litre V6 establish the Giulia QV’s sporting credentials, and it will go on sale in February with an RRP of $143,900. 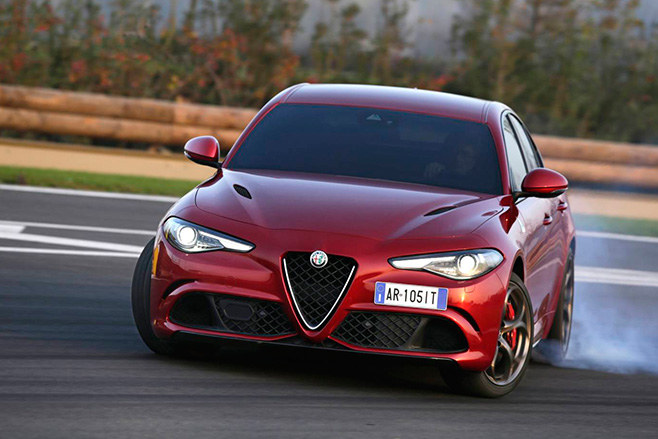 Toyota will venture into new territory with the C-HR in February, with the sharp-looking crossover giving the brand a true rival to other compact SUVs like the Mazda CX-3 and Honda HR-V. Characterised by surprisingly sexy design and powered by a turbocharged 1.2-litre petrol engine, the C-HR will be offered in two model grades with a very high level of specification.

It won’t be as cheap as the bulk of its rivals, but generous equipment levels and standout styling are expected to draw buyers in in great quantity. 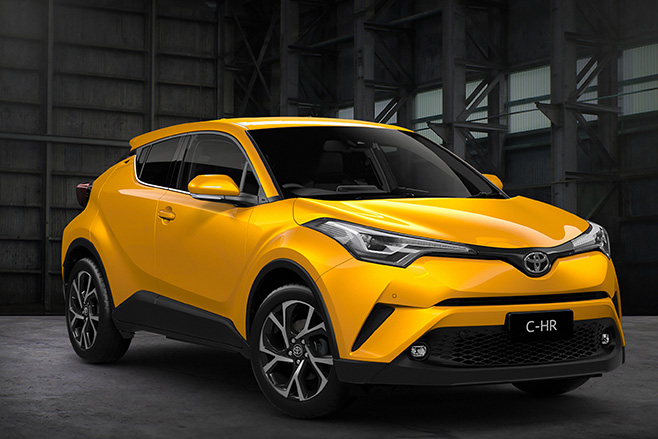 We’ve yet to see it in the flesh as it’s yet to make its global debut at a motor show, but the Genesis G70 has us excited because it’ll be a landmark car for the Hyundai-owned luxury brand.

Expectations are high for Genesis’ 3 Series fighter, and parent company Hyundai has in recent years spent big on hiring design and engineering talent to give its vehicles – and those of Genesis – an edge over established rivals. With rear-drive underpinnings and modern turbocharged engines under the bonnet, the G70 should be a joy to drive too.

Korean brand Kia only recently debuted its showstopping Stinger sedan at the Detroit Motor Show, but the sleek four-door has already got punters champing at the bit to get behind the wheel.

It’s little wonder, as the rear-drive (AWD in some markets), twin-turbocharged V6 powered Stinger is a massive departure from the front-drive hatchbacks, sedans and SUVs that Kia is known for in this country.

Engineered with performance and driving pleasure in mind, the Stinger’s late 2017 arrival in Australia puts it in a good position to take over demand for RWD sedans from Holden and Ford. 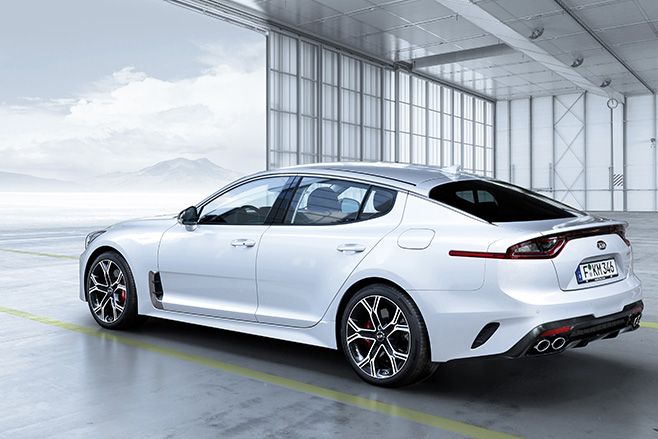 The number of SUV variants available to new car buyers continues to swell as motorists gravitate to high-riding crossovers and off-roaders in increasing volumes, and Audi plans to tap into that burgeoning demand with the Q2.

Sitting below the Q3, the Audi Q2’s off-roadability will be notional at best, but its burly styling should prove attractive to those not content with the (relatively) low-slung A3. 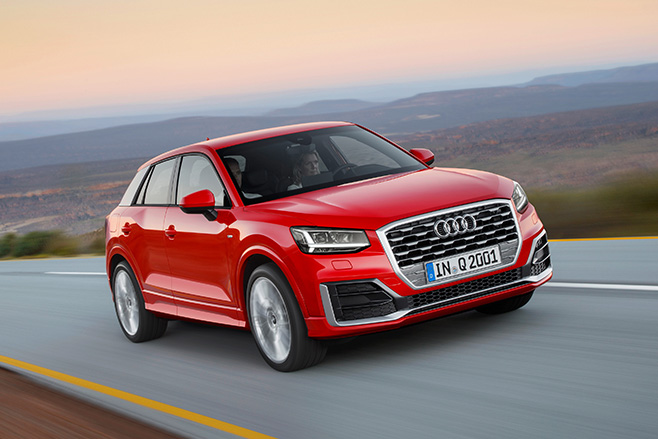 Hyundai’s i30 is one of Australia’s most popular cars right now, but its all-new replacement, due in April, elevates the Korean hatchback above mere grocery-getter status.

Styled and engineered in Europe, the new third-generation i30 boasts a more premium execution than the models that have preceded it, and is sure to provide stiff competition for the Mazda3, Volkswagen Golf  and Toyota Corolla when it arrives. 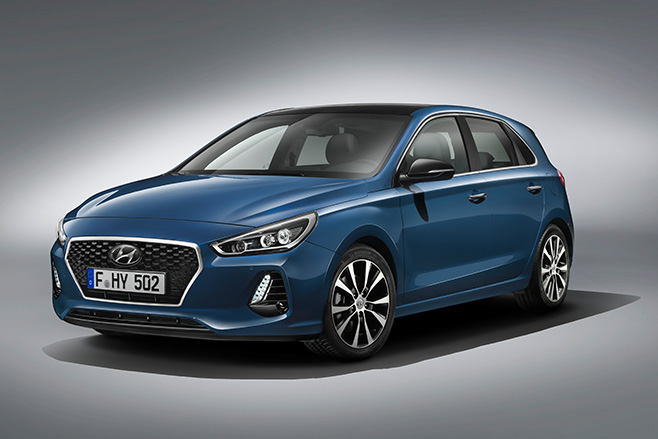 The S60 and V60 sedan/wagon twins won’t be getting an all-new replacement this year, but their high-performance Polestar derivatives will be undergoing some dramatic changes.

In 2017 Volvo Australia will bring the latest version of the S60 and V60 Polestar, which dumps the current model’s turbocharged 3.0-litre inline six in favour of a turbocharged AND supercharged 2.0-litre inline four, gifting it more performance with less weight up front.

It’s a GT-R-engined luxury coupe, what’s not to love? Well, the Q60 Red Sport’s engine isn’t quite the same powerplant as that used by the mighty Nissan GT-R, but with 298kW of power and 475Nm of torque the twin-turbo V6 shares much of its DNA with the AWD Japanese supercar.

Infiniti has failed to get traction in this market, largely due to a product range that lacks a bit of passion and sparkle. The high-performing (and frankly gorgeous) Q60 Red Sport has a good chance of changing that when it arrives in March.

Speaking of the GT-R, Nissan will be taking the performance of its supercar-shaming coupe to new heights in February with the GT-R Nismo.

Tuned by Nissan’s motorsport arm, the GT-R Nismo packs 22kW more power and 24Nm more torque than the regular GT-R for a total of 441kW and 652Nm, and benefits from a range of chassis, suspension and aerodynamic upgrades to make it unbeatable on a racetrack. It’ll be a hardcore proposition that sacrifices comfort for fun, but for driving enthusiasts it should be a scorching machine. 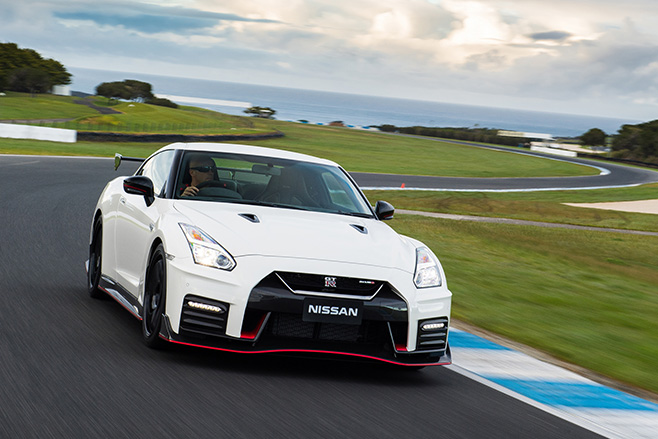 Citroen has been a brand in the doldrums in past years, though funky and fresh new products like the C4 Picasso and C4 Cactus have breathed some new life into the French automaker’s showrooms lately.

Joining those two (fairly niche) vehicles this year will be the C3 hatch, which builds on the organic and futuristic design language of the Picasso and Cactus and packages it into a mass-market hatchback that should – provided it’s priced and specced right – be one that delivers sales success for Citroen in Australia. 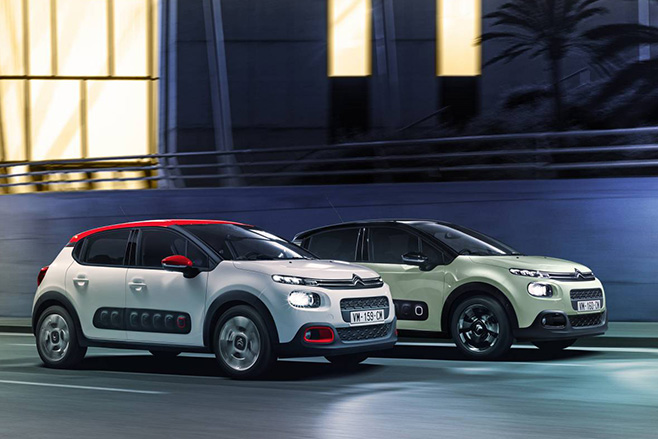 The Civic range will expand beyond the tenth-generation sedan that launched last year when the five-door hatch counterpart arrives in the first quarter of 2017, but it’s the Civic Type R hot hatch that’s due mid-year that has our interest most of all.

Powered by a turbocharged 2.0-litre mill and taking power to the front wheels through a proper manual transmission, the new Civic Type R will inject some much-needed zing into Honda’s Australian lineup.

Suzuki has always done well with its small car offerings and the model it’s best known for is due to get an all-new replacement this year that looks destined for success.

Turbocharged for the first time with a 1.0-litre turbo three-cylinder, the new Swift also enjoys a more modern interior and equipment fit-out. We expect it to be just as compact and fun to drive as before. 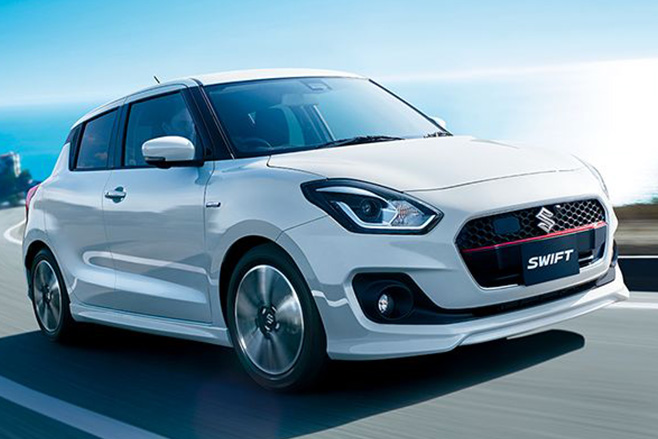 The E-Class may already have launched, but it’s the fire-breathing E63 flagship that’s due to arrive this year that will have many well-heeled car fiends salivating.

Set to land here in July, the new E63 S generates a huge 450kW of power and channels that mumbo to the road via all four wheels. A dedicated drift mode allows tail-out shenanigans when on a racetrack or skidpan, which is the perfect environment to enjoy AMG’s track-tuned luxury sedan.

The LFA may be gone, but some of the spirit of Lexus’ world-class supercar will return in the form of the more accessible, more affordable LC 500 coupe.

Think of it as Lexus’ rival to the Jaguar F-Type Coupe – V8 engine up front, driven wheels at the rear and all clothed in beautiful sheetmetal. It looks great and early indications are that it drives brilliantly too. Expect it in the second quarter of 2017.