With the Paris motor show now just a glimmer in the French passé, and electric vehicles an obvious part of our technological future, we take a look at some of the more common advancements that have made their way into our cars in 2016.

While Bluetooth has become an accepted standard feature in our cars today, a new way of phone connectivity has entered the ranks thanks to Apple CarPlay and Android Auto. This basically allows the car’s infotainment system to duplicate the smartphone’s screen. It prevents drivers touching their phones, resulting in hefty fines, while still being able to use most functions and apps. It’s even available in some of Australia’s most affordable cars, like the Holden Spark.

We know fully autonomous cars are just around the corner and they’re all anyone’s talking about. But truth be told, autonomy is already here, albeit only in partial form. With technologies like lane-keep assist and adaptive cruise control, we’re halfway there, but now, some cars, like Volvo’s XC90, have introduced self-steering where the car will take over control up to speeds of 40-60km/h providing there is a car in front it can follow and clear lines on the road.  Additionally, several cars are now also fitted with self-parking technologies where a car will reverse parallel park at the press of a button, without you having to control its steering. 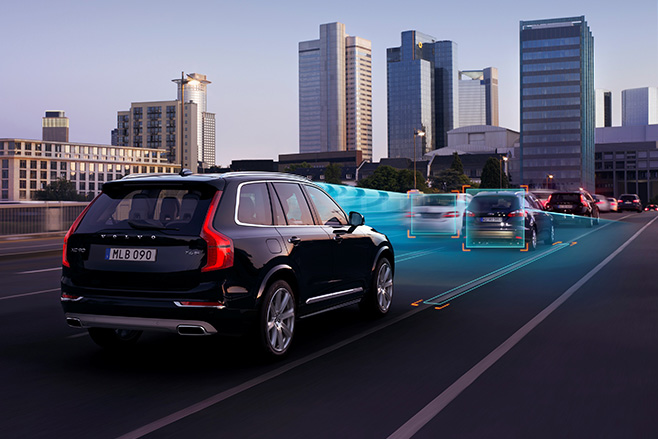 Chances are even if you bought a new car last year, it’s likely to have a rear view camera. But reversing cameras have come a long way since the grainy replica of your car’s rear vision mirror. Now, 360 degree cameras and bird’s-eye view systems come fitted to all sorts of cars, with some modern lenses offering image quality and night vision to the standards of a TV.

Automakers are getting on the front foot in the technology race. Companies like BMW, Tesla, and others, offer car owners the ability to control their vehicles via the touch of a smartphone screen. It can help find your car (try me, Chadstone carpark), start your car so it’s nice and warm when you get inside, and call road-side assistance. While it’s not quite mainstream yet, the technology certainly exists and is making its way into showroom cars. Thank you very much, Batman. 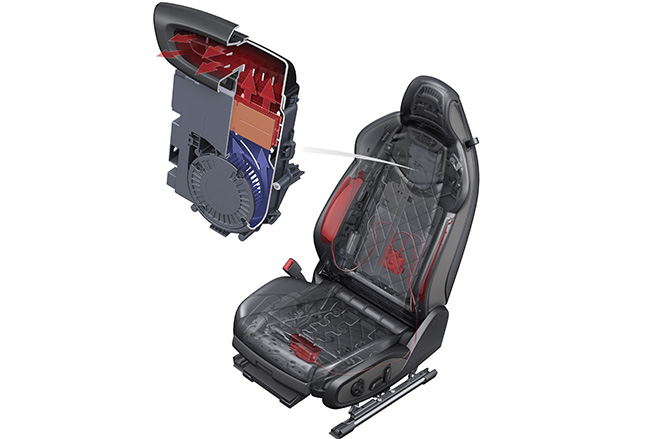 Most car buyers know about the luxury of heated seats. Once you go heated, you don’t go back. But did you know that ventilated seats piping cool air to your legs and back are also now a thing? And no, not just in high-priced luxury cars. Even the Hyundai Tucson Highlander comes with them. So now you can keep your backside warm during winter, and cool in the summer.