No one could have imagined the impact Japan’s ‘people’s car’ would have on Australian motoring when the first shipment of Corollas landed on our shores in 1966.

The Toyota Corolla turns 50 this month and remains the world’s most popular car with more than 44 million sales, easily putting previous record-holders like the Volkswagen Beetle (21.5 million) and Ford Model T (16.5 million) in the shade.

And the diminutive Toyota’s impact has been especially profound here in Australia, since the initial shipment of just 15 cars were placed on a ship bound for our shores just one month after its Japanese launch in October 1966.

These were the first Corollas to be sent overseas and, like the introduction of many exotic species into Australia, its numbers steadily grew to the point where it became the dominant type, squeezing out larger native species not accustomed to being preyed upon.

Toyota’s audacity in the face of Ford and Holden supremacy paid off during the 1970s when rising fuel prices suddenly made the small, fuel-efficient and reliable Corolla a desirable option for a generation of drivers raised on a diet of big sixes. 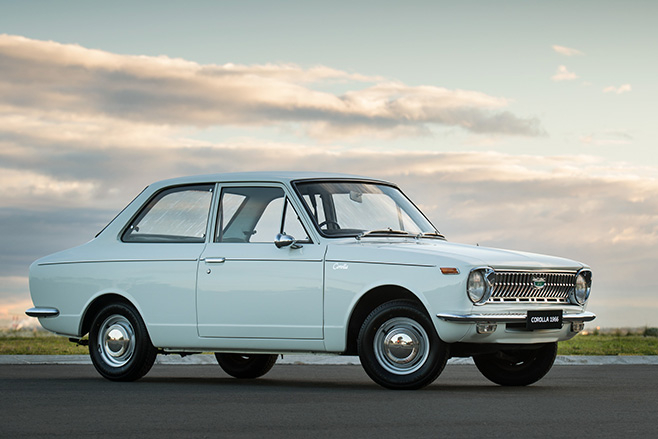 As well as being the Corolla’s first export market, Australia was aslo the first country to build Corollas outside Japan. More than 666,000 were assembled locally from 1968 to 1999 at Victorian plants located in Port Melbourne, Dandenong and Altona.

All up, there have been 11 generations of Corolla since the first KE10 model rolled off the Takaoka production line in October 1966.  Here’s a list of the more notable Corolla models that played a significant role in its path to Australian dominance.

Chief engineer Tatsuo Hasegawa and designers set out to capture the hearts of the general public with a car that was sporty in look and feel.

This revolutionary new car adopted new technologies not seen before in the Japanese market, such as MacPherson strut suspension and a four-speed manual transmission. Australian buyers were offered a two-door sedan and Australian production began at Port Melbourne in 1968. 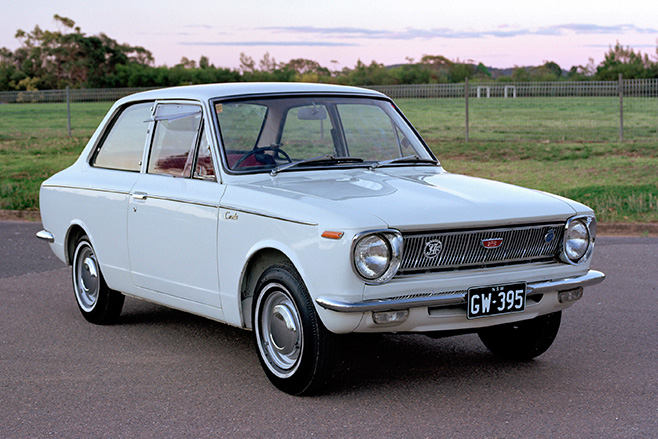 The second update saw Toyota become a household name in Australia thanks to its modern looks and improved fuel efficiency, making it popular in the wake of the global fuel crisis. The updated interior also proved popular and buyers were now offered a choice of two-door, four-door hardtop, wagon and van bodystyles.

Annual sales in Australia topped 20,000 for the first time in 1975 and have grown ever since. 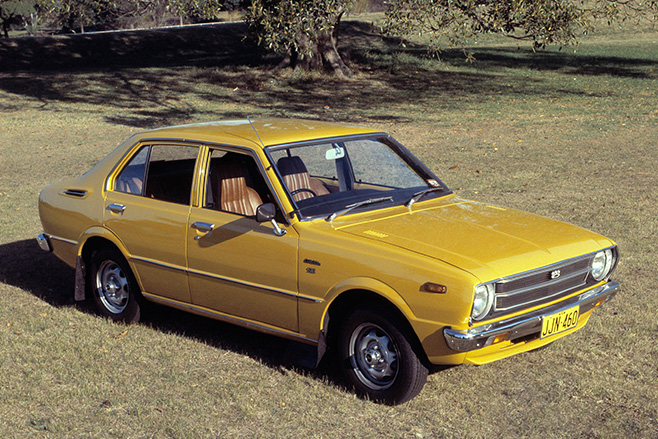 With state of the art computer design, the Corolla was transformed into a modern front-wheel drive car and became the world's first mass-produced small car to feature twin-cam multi-valve enginee technology.

It was a genuine performer too, entering the Guinness Book of Records with 24 consecutive class wins in the Australian Touring Car Championship (1985-86). 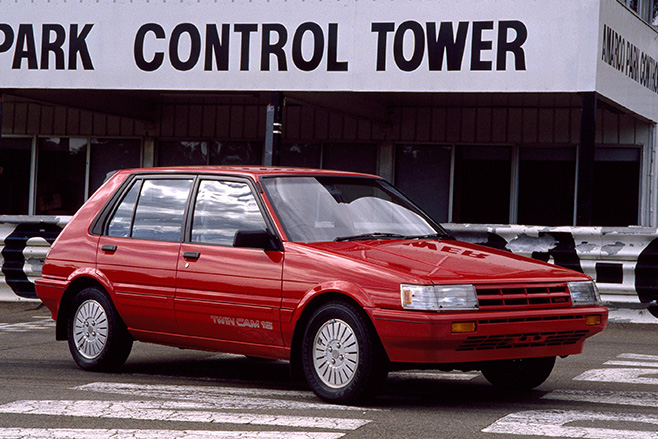 This was a period in which Corolla won its class in the Bathurst classic eight years in a row from 1985 to 1992 - marking 10 class victories in total.

And its success on the racetrack translated into sales in the showroom, with the Corolla playing a pivotal role in Toyota becoming market leader in Australia for the first time in 1991. 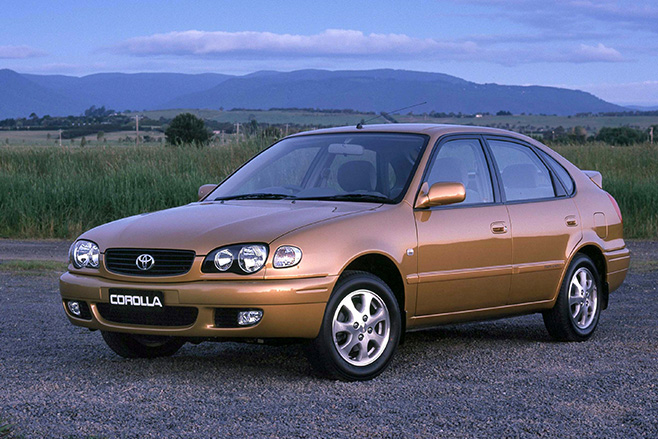 Toyota launched a 13-model locally manufactured range and it was the first vehicle to be built at Toyota’s Altona plant - which is still building the Toyota Camry and Aurion. 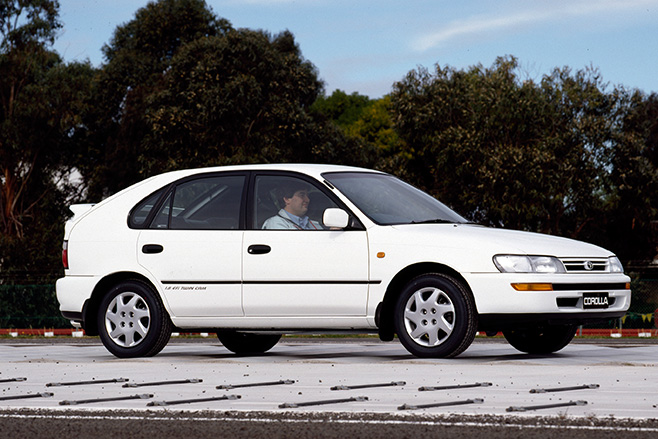 This generation introduced a new 1.8-litre four-cylinder petrol engine, six-speed manual gearbox and variable valve timing on both the inlet and exhaust camshafts. It pushed cumulative Australian Corolla sales past the 1 million mark in late 2007. 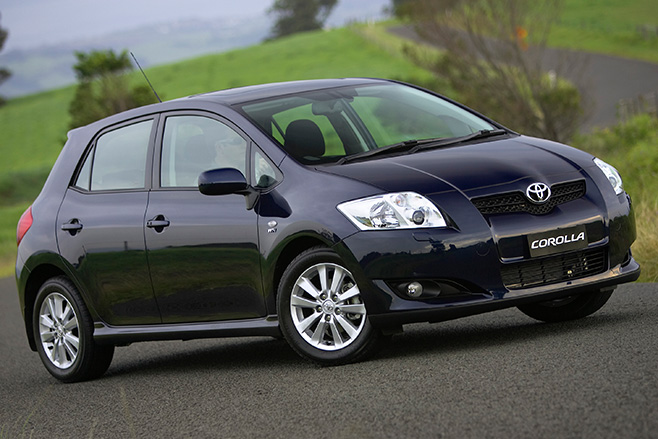 Australia's best-selling car for the past three years had a hybrid powertrain added to its line up earlier this year. 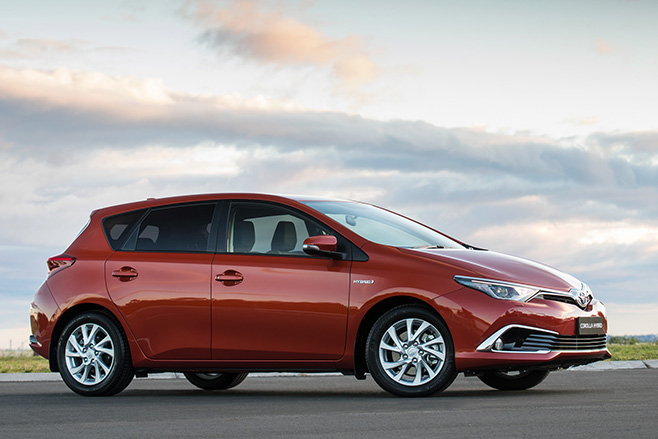