Micro cars we can buy in Australia, and those we can’t

There’s nothing we love more than day dreaming, so with the exodus of some micro cars from the Australian new car market, we decided to take a look at five of the teeny tiny cars we can’t get in Australia, but wish we could!

The evolution of the micro car hasn’t really taken off here in Australia, with the segment down 28.1 per cent compared to last year, according to VFacts.

Micro cars have seen the biggest sales drop, with several manufacturers pulling the micro-plug from Australia, such as the Fiat Panda and Suzuki Alto, leaving just five cars to fill the bubble-car division.

In other parts of the world, however, the pages read a very different story.

In places like Europe, where drivers need to fit into tight parking spots, or densely populated countries like Japan, teeny tiny cars thrive.

And while Australia heads into a population boom and leans toward compact living in metro areas, drivers are opting for more expensive, space-consuming SUVs.

At least for now, anyway.

We might see the return of the micro car, but until then, here are five cutesy cars we don’t get to buy!

FIVE MICRO CARS WE CAN'T GET IN AUSTRALIA

Smart’s ForTwo was taken off the Australian market last year. The ForTwo is a two-seater hatchback that had a lifespan of more than a decade in Australia. While still successful in Europe due to resembling a scooter with four wheels, the Smart car can occasionally be seen scooting along Australian roads. 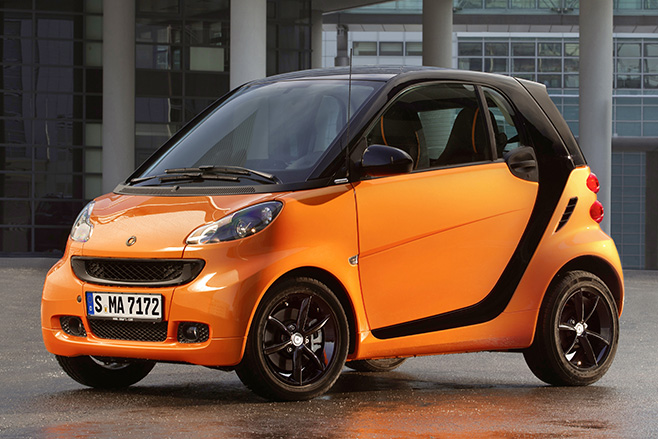 Not to dissimilar to the Smart ForTwo, the Renault Twizy is a cute little two-seater plug-in electric vehicle. But while the Smart is compared to a scooter, the Twizy is more like a quad bike. The Renault baby is sold in several European countries and saw a successful inaugural year in 2012. 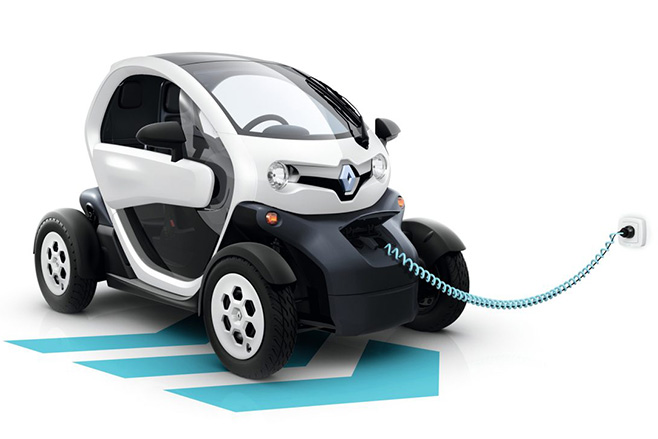 Another loss from the Australian market, the Volkswagen Up left the Australian building in 2014. Priced at just A$13,990, the Up was the cheapest European-made vehicle on sale in Australia but still couldn’t gain sales traction here, perhaps largely because it wasn’t available with an automatic transmission. 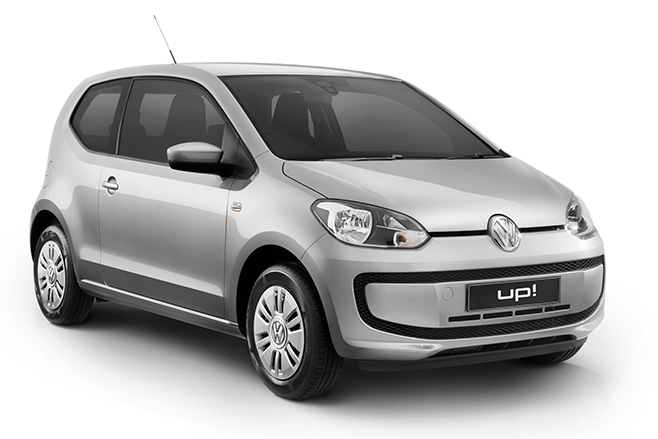 The Ford Ka was sold in Australia for three years between 1999 and 2002. In its original guise, the Ka was a three-door hatch, but is now available as a five-door and went on sale in Europe last year. 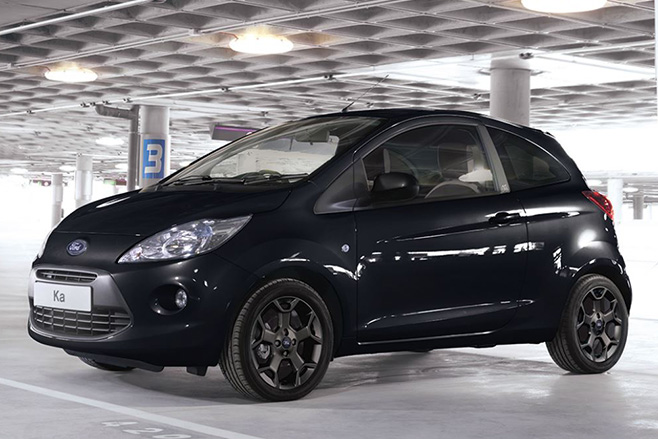 We couldn’t decide on just one Japanese micro-car so we included the whole segment. A Kei car is basically the Japanese version of a micro-car but also covers vans and utes as well as passenger cars. They’re often identified by yellow number plates. Kei cars we love include the Mitsubishi i, Daihatsu Move or the Subaru Sambar. 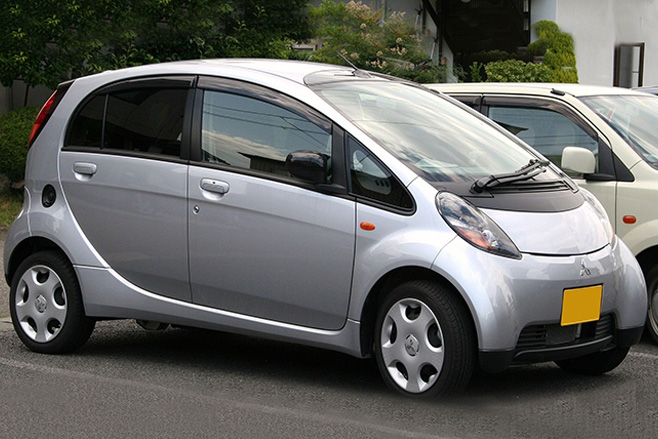 FIVE MICRO CARS WE CAN GET IN AUSTRALIA

Ok, so there may be a big chunk of the mini-car segment buyers are missing out on, but that doesn’t mean we’re left starving. Here are the five micro-cars (and only micro-cars) we can buy new in Australia…

The little Italian Fiat 500 has recently undergone an update, with a 2016 model released. As one of the oldest and smallest little cars on sale in Australia, its uniquely Italian and adorable styling has earned itself a cult following and a large portion of the car’s 500 buyers are women. 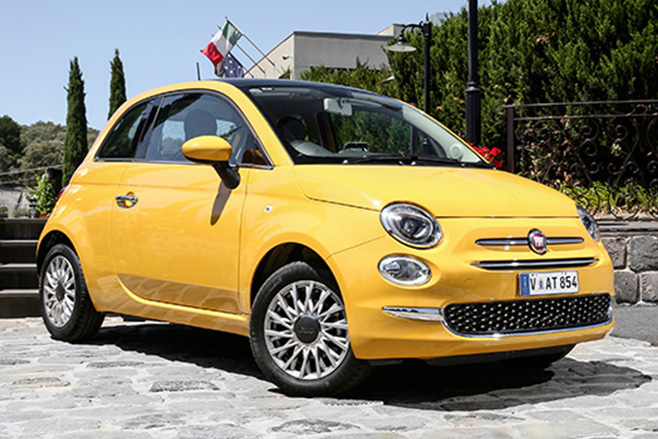 This is Holden’s newest contestant in the micro-car game, replacing the previous Barina Spark. But the Holden Spark was a big jump forward for Holden, offering a more spacious, zippier, techno-packed and stylish car than its predecessor. 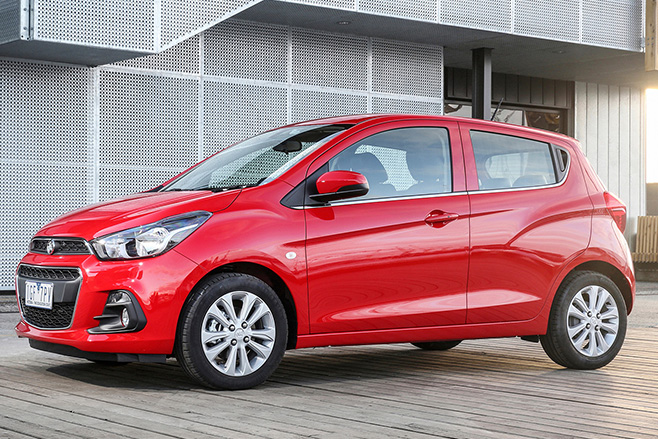 The Mitsubishi Mirage takes runner-up title for Australia’s cheapest car, narrowly losing out on the top spot to the Suzuki Celerio. Earlier this year, a minor-tweaked generation of the Mirage arrived in Australia. It’s fuel efficient, cheap and comes with a range of bright colour choices.

The affordable city car has seen strong sales in 2016, since Nissan launched a new version late last year. However, Nissan’s micro-Micra sitting as the second most popular car in the segment, Nissan announced in April it’ll be axing the car in Australia. 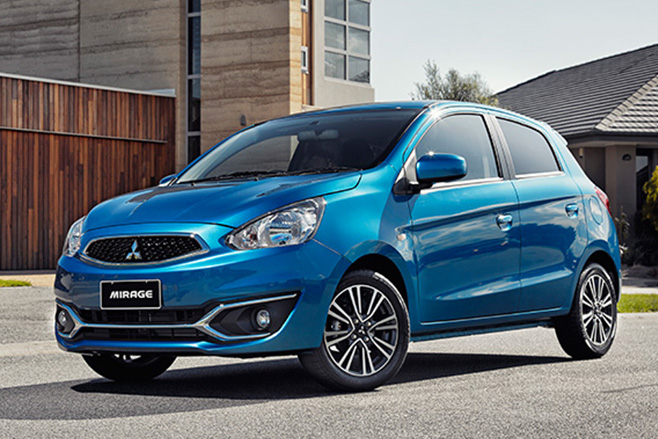 The Suzuki Celerio is the cheapest car available in Australia’s new-car market, and was a replacement for the now defunct-in-Australia Suzuki Alto. But don’t let the cheap price tag fool you – this isn’t a case of cheap and nasty. The Celerio offers decent performance and handling, with its biggest downside being its 4-star ANCAP rating. Still, despite its affordability, it’s the lowest selling car in the segment. 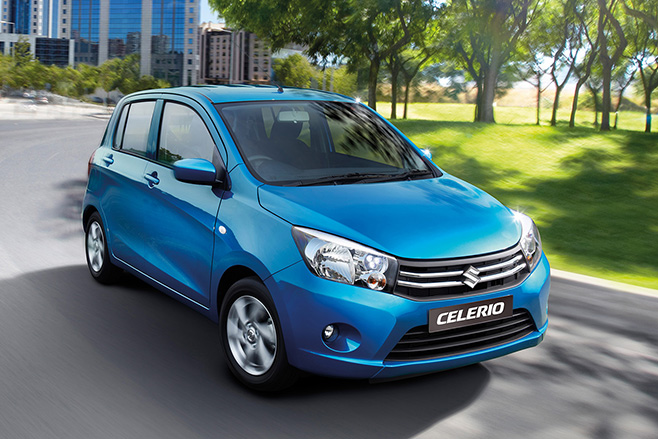 Now read about the best value small cars to buy in Australia.