The Yaris has grown so sophisticated it sparked a philosophical debate about pricing versus value.

Just in case you missed the big news, the base grade now costs $7000 more than before at $22,130, while the flagship ZR is now nearly $10K heavier on your wallet.

Buyers are already voting with their feet. By the end of 2020, sales had halved. Toyota’s response is that – with Yaris adopting the Corolla’s TNGA platform technologies for dramatic advances between the third and fourth generations – price hikes are unavoidable.

From a COTY perspective, surely this would kill it on value grounds alone? Even a new Volkswagen Polo or Suzuki Swift cost $3K less. Time to dig a little deeper. 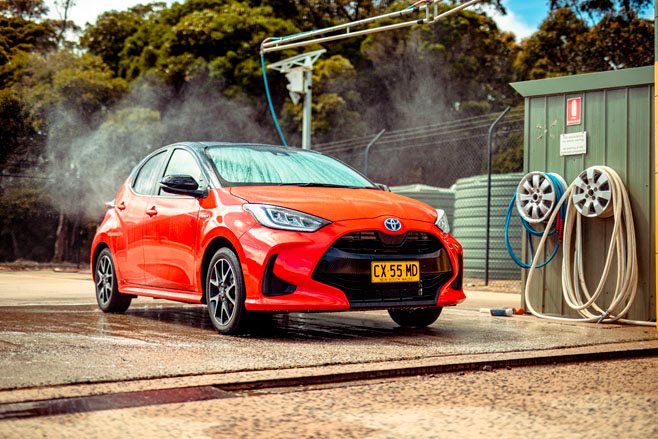 Yes, Yaris is now substantially more expensive. Adjusted for inflation, the Ascent Sport costs $3300 more than the then-new third-gen five-door equivalent did in 2011.

The reality is, no new car democratises so much safety and technology. That’s three COTY criteria ticked off. 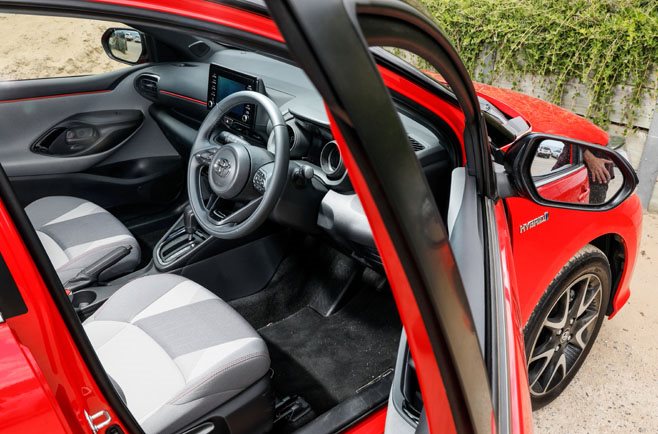 Whether via a natty six-speed manual or unobtrusive continuously variable transmission (CVT), this unit is a real cracker, with a willing, unburstable nature to its power delivery that never lets up, resulting in smooth, flexible performance. In Sport mode, the CVT even steps off the line like a normal torque-converter auto, and can achieve a pleasing 4.9L/100km.

Yet the $2000 optional (starting in mid-level SX from $29,020) hybrid alternative manages a spectacular 3.3L/100km, while also ushering in a creamy, muscular, electrified torque boost in the process. 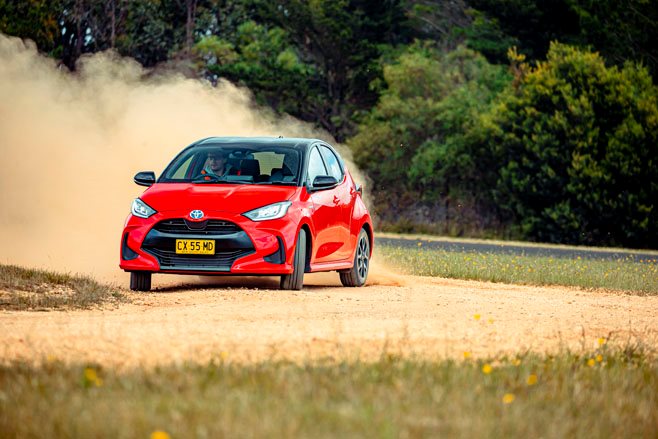 Reliability and durability, long brand strengths, can probably be assumed here, but from a driving perspective, the Yaris/Echo/Starlet lines have fell short at times, especially for refinement.

The good news is that the latest Yaris chassis far exceeds its modest engine outputs. Linear, well-weighted steering makes the most of the agile yet secure handling, resulting in an endlessly chuckable supermini. In sudden-avoidance manoeuvres, there’s a new-found fluency to the chassis, backed up by a decent level of suspension absorption. Finally, there’s something for keener drivers to sink their teeth into.

In contrast, the 55kg-heavier Hybrid isn’t as dynamic, but it is noticeably quieter. Our Ascent Sport sounded hollow (but never tinny) over gravel – but then, at 1050kg, it is light, even by city-car standards. Both are leagues ahead of the noisy old Yaris. 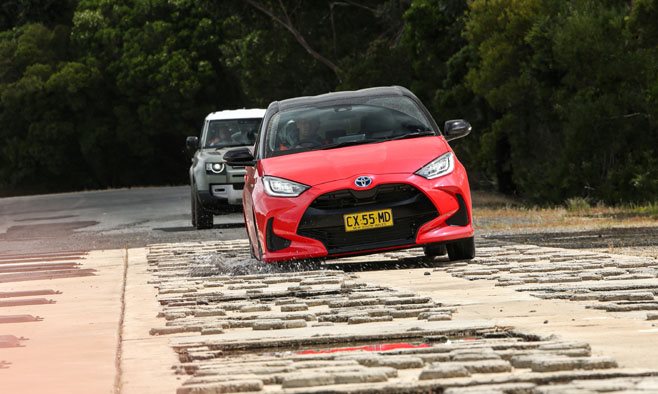 Finally, the smallest Toyota aces functionality, thanks to a comparatively spacious cabin offering comfy (if somewhat too lofty for taller folk) seating, and featuring an attractively styled dash that’s on a par with current Euro alternatives. The instrumentation looks swish, too.

That the boot capacity actually exceeds big-bro Corolla hatchback’s is a bonus, but it’s far from being the class champ here. And while we’re nit-picking, the base hubcaps are disgraceful, rear-seat ambience falls short of the ZR Hybrid’s $32,100 ask, more sound-deadening wouldn’t go astray and the ESC gravel calibration borders on paranoia. 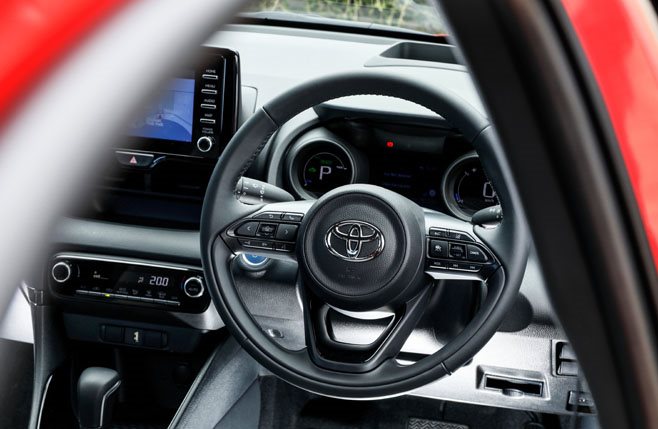 Despite us seeing its intrinsic value, many buyers can’t or won’t, and – feeling betrayed – will instead ignore Toyota’s best-ever light car because of inaccessible pricing.

Perhaps true democratisation can only occur if something’s actually in reach of all, and that’s quite a rare misstep for Australia’s number one carmaker.

Cultivated as it now is, this is why the Yaris cannot quite make it over the line to claim a COTY crown. 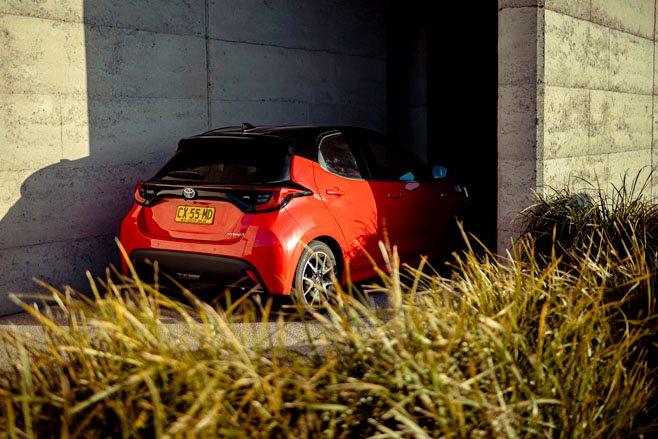 “The regular five-door Yaris line-up sports a funky new look but I wouldn’t call it attractive.

"The overall egg shape is fairly inoffensive but the front face is mostly a huge black grille with twisty bits of body colour surrounding it in an arbitrary manner. 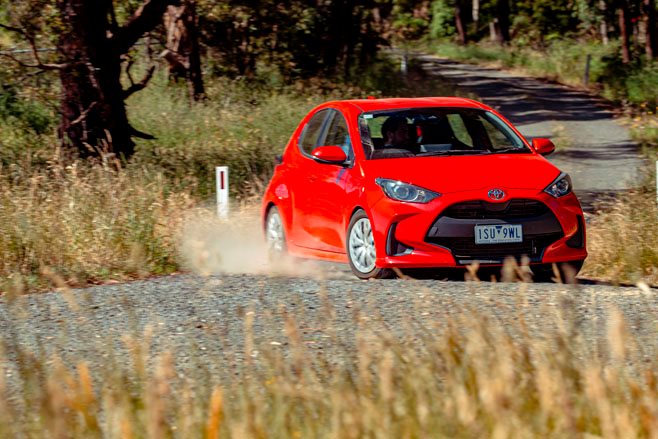 "The rear is more successful with a generous lamp graphic which stretches across its full width.

"Overall, it just seems a bit try-hard and difficult to determine which demographic Toyota is chasing. The styling is youthful but the new price tag is more suited to older buyers looking for an up-spec small car.” 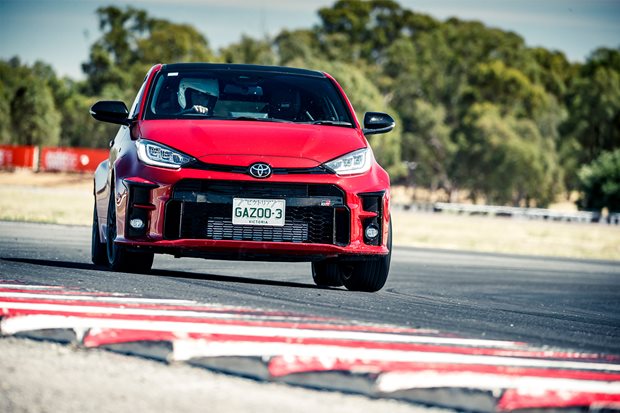 It’s the car of the moment, but how does Toyota’s star athlete handle the track? 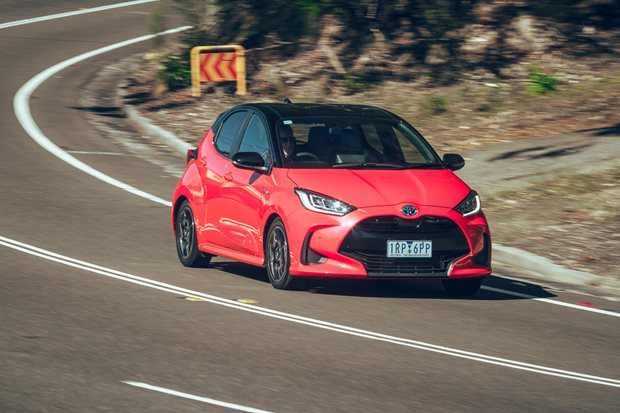 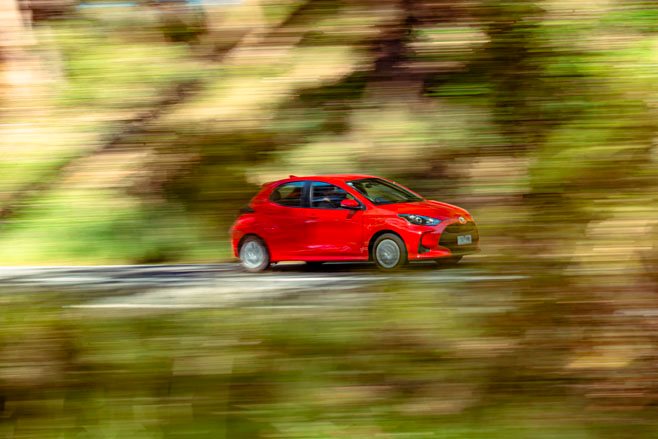 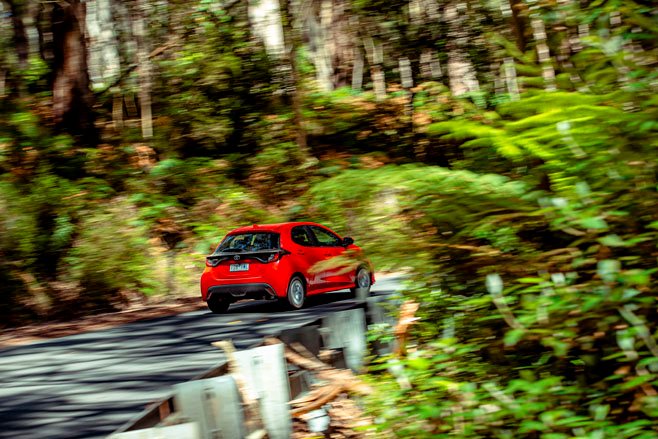 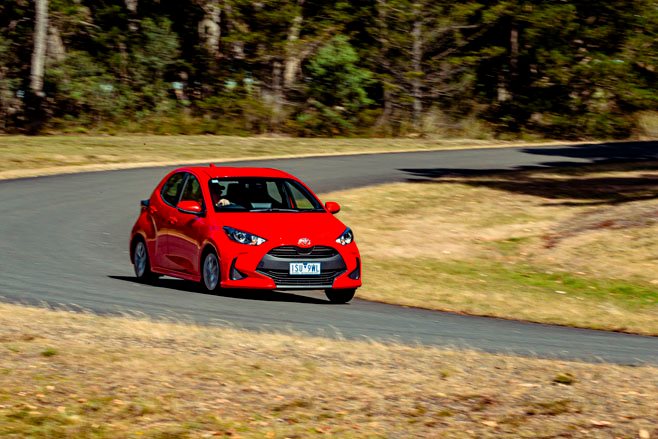 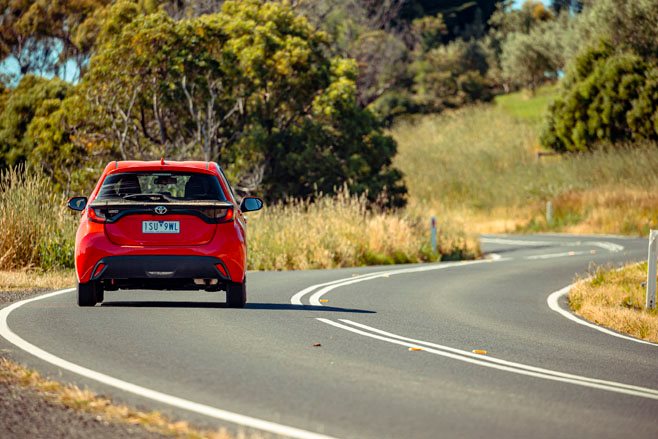 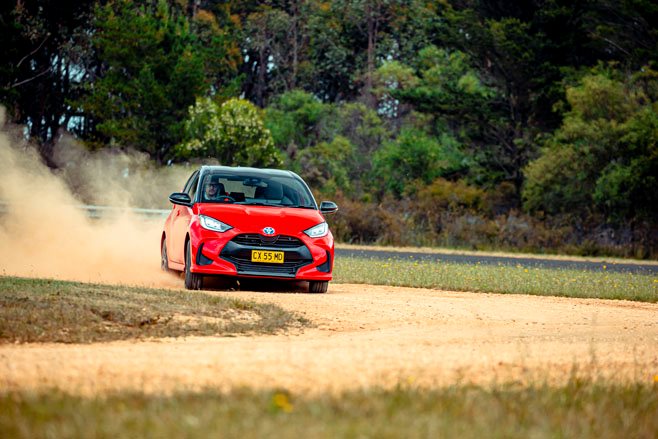 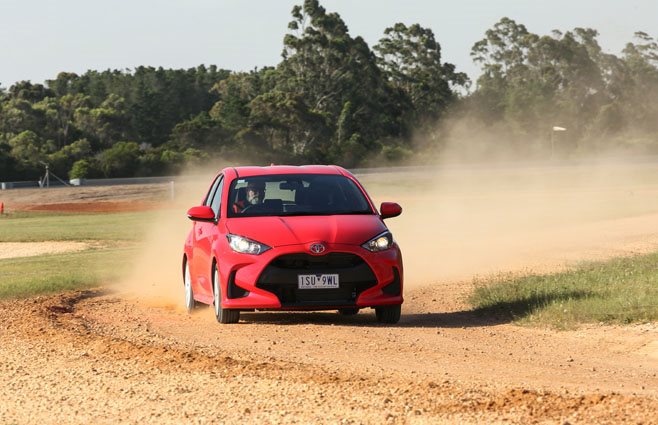 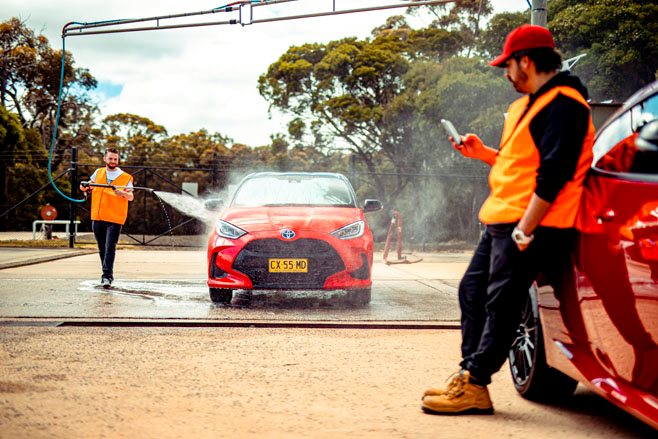 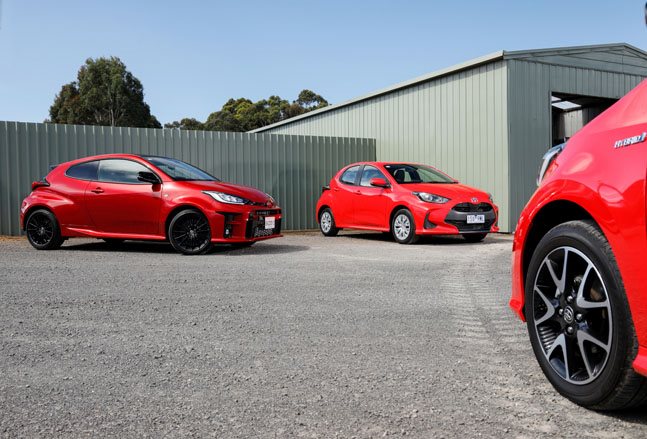