If you’re going to have an identity crisis, then best make it a fabulous one. Case in point: the Volkswagen Touareg.

Is it a more-affordable Audi Q7? An everyday Bentley Bentayga? A Porsche Cayenne in drag? Or a bit of everything? After all, these four distinct large SUVs share the Volkswagen Group’s MLB Evo modular longitudinal architecture. 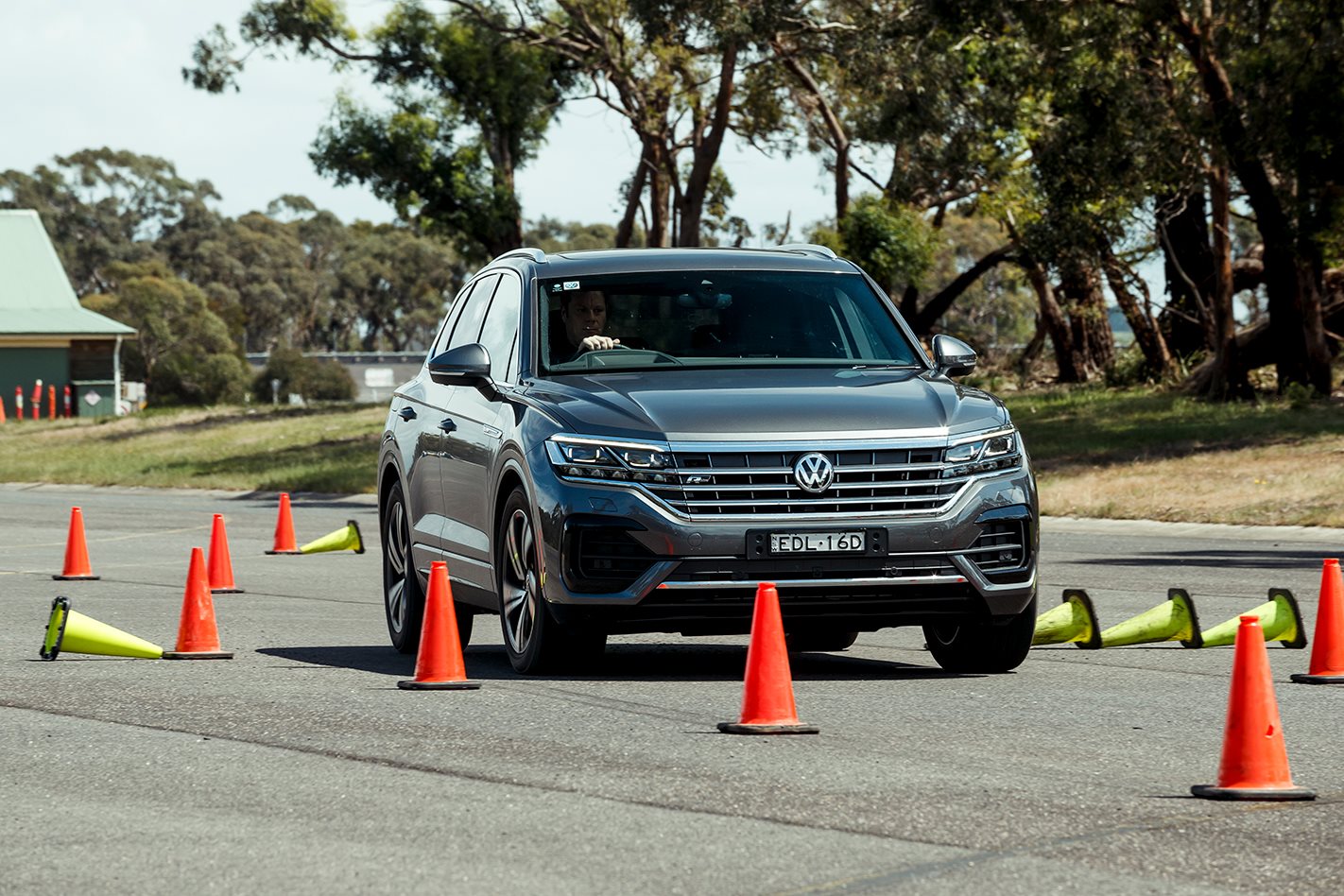 So, is the Touareg – now in its third generation, and priced from $79,490 for the entry-level 190TDI – a conspicuous bargain as a result of such rarefied genes? Or is it just an expensive Volkswagen? The answers are a qualified yes to both, since our top-spec Premium model – normally from $85,490 with standard air suspension, heated/vented/massaging front seats, Matrix LEDs, gesture control, QI phone charger and 20-inch alloys – arrived wearing a $114,490 price tag due to nearly $30K of additional options.

Foremost of these, if you value driving and comfort equally, is the $8000 R-Line pack, due to the active roll bars and four-wheel-steering tech it introduces. Both better contain and control excess body wallow for taut, precise handling at speed, while 4WS allows outstanding manoeuvrability. Combined with the air suspension’s plush, isolating ride (this was the quietest car at COTY, despite being diesel), and it’s easy to surmise that Bentley engineering knowhow somehow plays a part here. 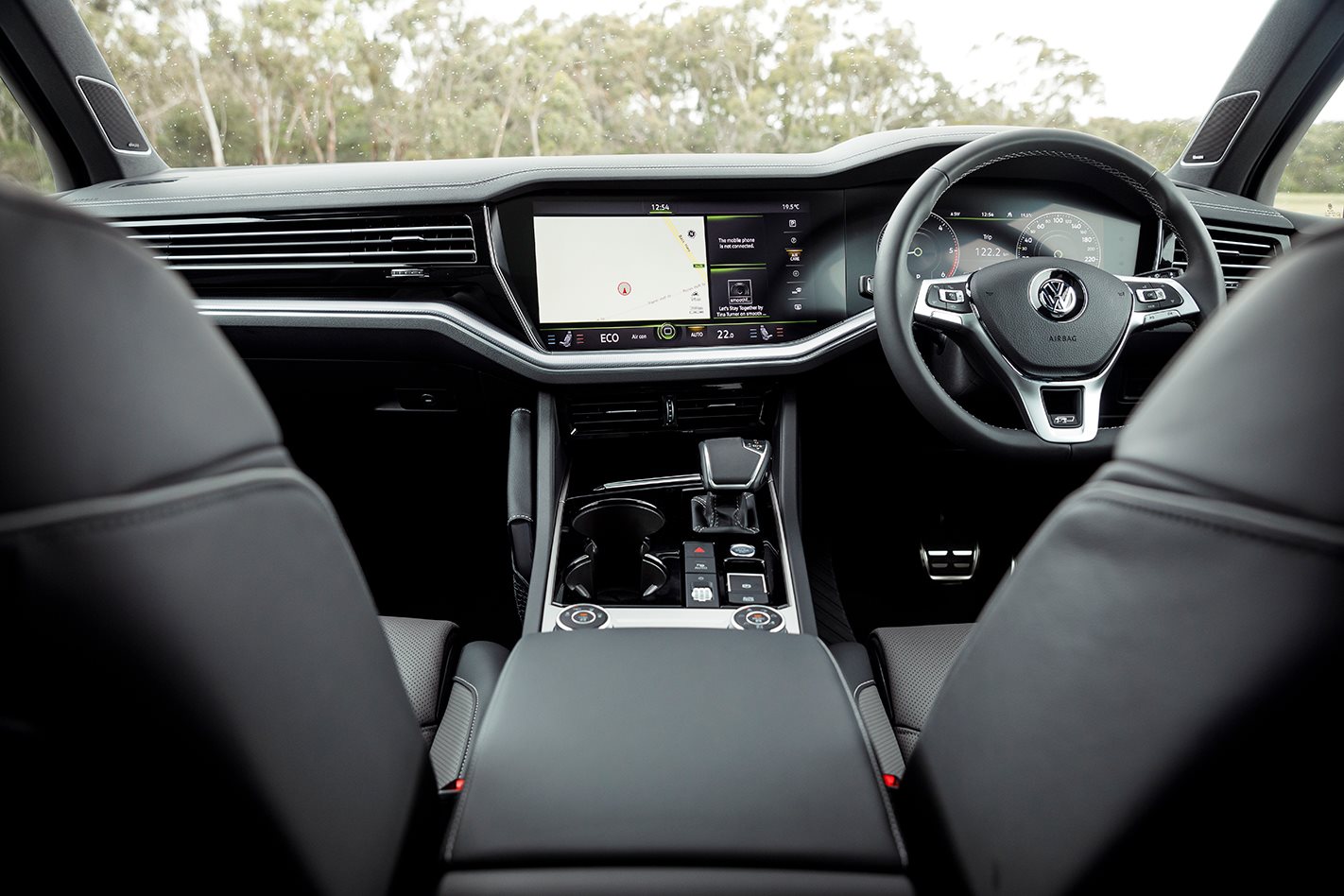 Step inside the lofty and spacious cabin and another $8K option stands out – the ‘Innovision Cockpit’ with its 15.0-inch touchscreen and 12.0-inch digital instrument cluster, enveloping the driver. Along with a head-up display and other ambience-enhancing goodies, they usher in a Q7-like – rather than the standard set-up’s Passat-like – elegance. 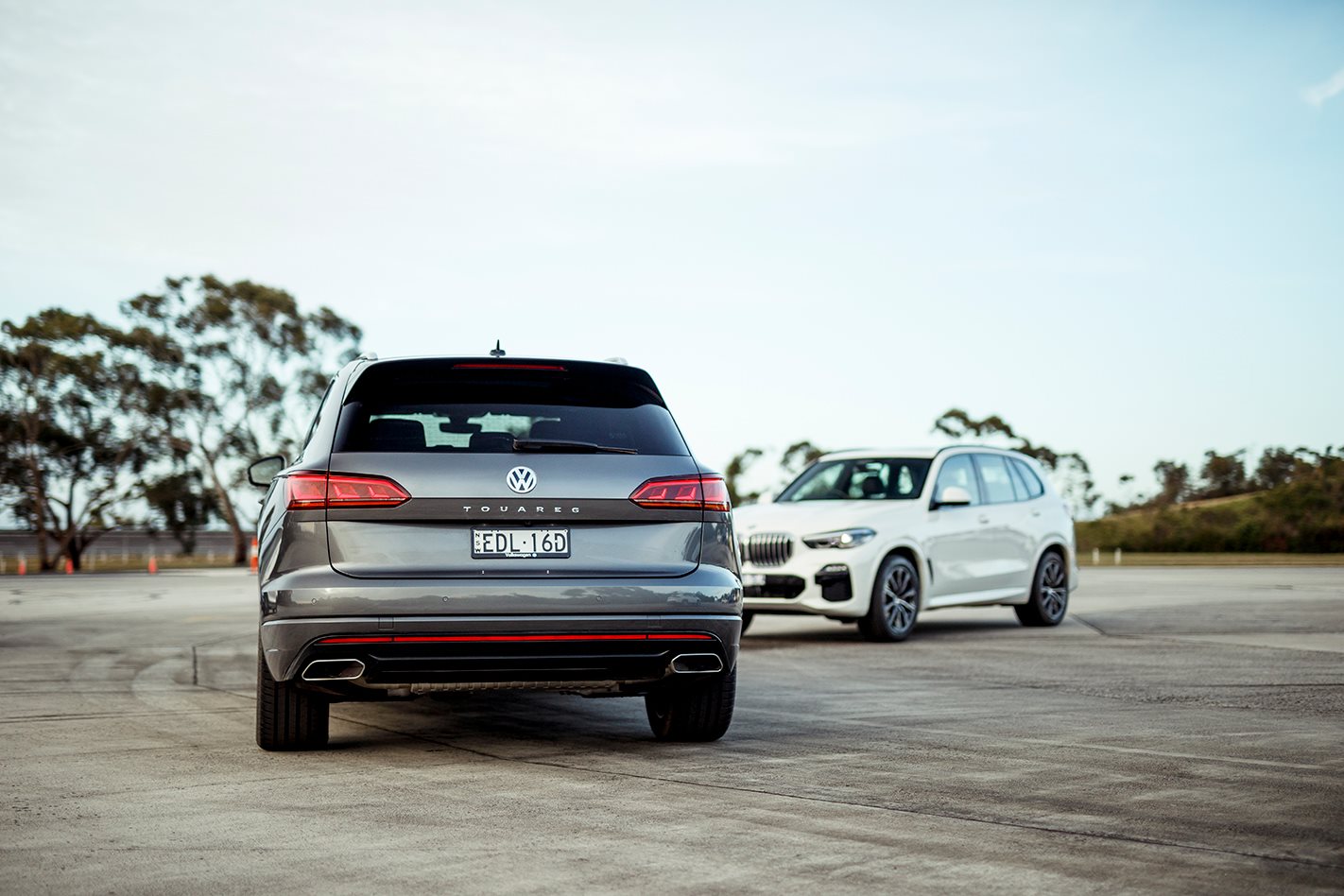 A minor gripe is that Apple CarPlay/Android Auto don’t make full use of the enormous display. Some of the switchgear is scattered or awkwardly sited, too, and the sunroof reduces headroom. The ESC calibration on gravel also cries out for more finessing.

Read next: VW Amarok closes in on sales milestone

Plus, where are the electrified options? The torquey 3.0-litre V6 turbo-diesel may deliver its punch in a smooth and muted manner, making this Touareg a relaxing long-legged tourer, but it isn’t especially spry from take-off (unlike BMW’s bounding X5 30d) and diesel isn’t exactly this millennium’s environmental posterchild. What would Greta say? Adding the Cayenne’s hybrid smarts would help. 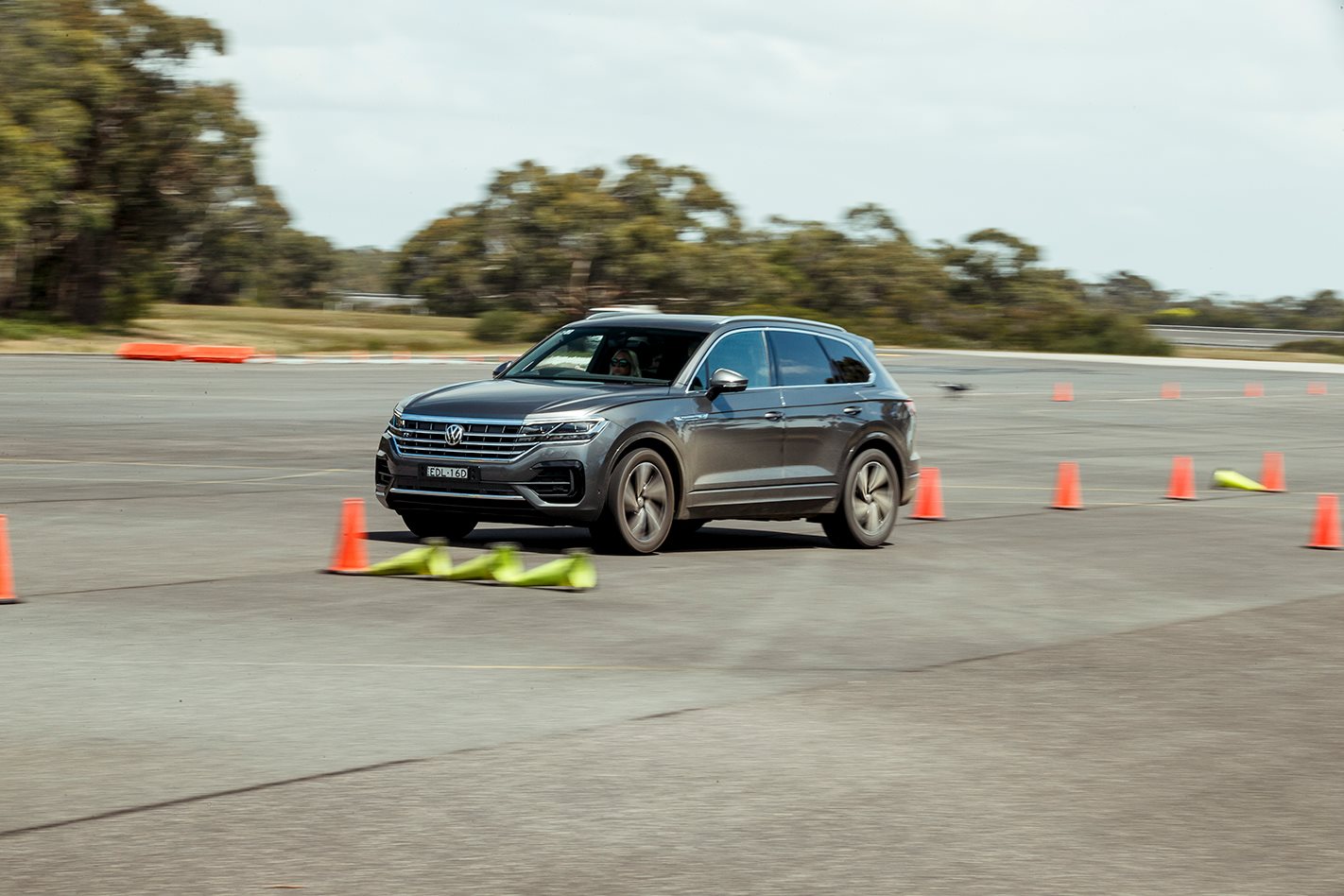 Nevertheless, with some deft option ticking, the 190TDI makes a compelling case to sidestep the usual luxury-segment suspects. Yet, even with all the extra kit, the flagship VW SUV still undercuts the considerably more bare-base X5 30d equivalent. It doesn’t skimp on advanced safety gear either, includes free Apple CarPlay/Android Auto, and offers a five-year warranty. Unlike the other Germans.

Read next: Wheels 2020 Car of the Year winner revealed

Unadventurous though it may be under the bonnet, the middle-class SUV from Wolfsburg is nonetheless better because of its blue-chip breeding elsewhere. Such diverse DNA only serves to enrich the Touareg’s capabilities. And identity. 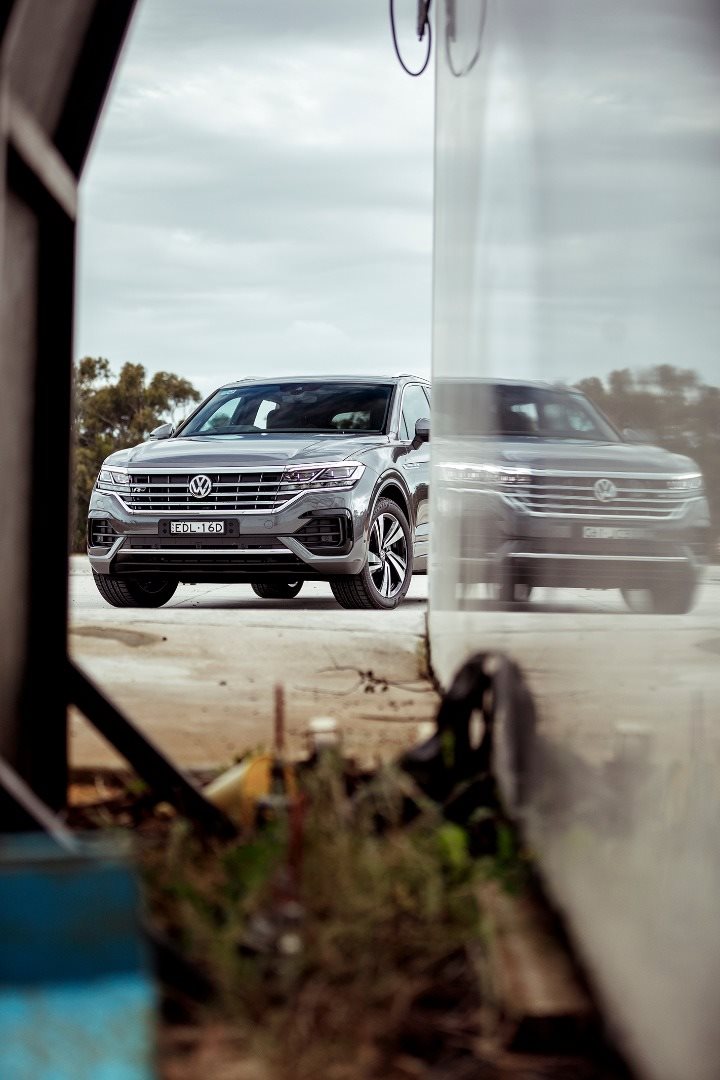 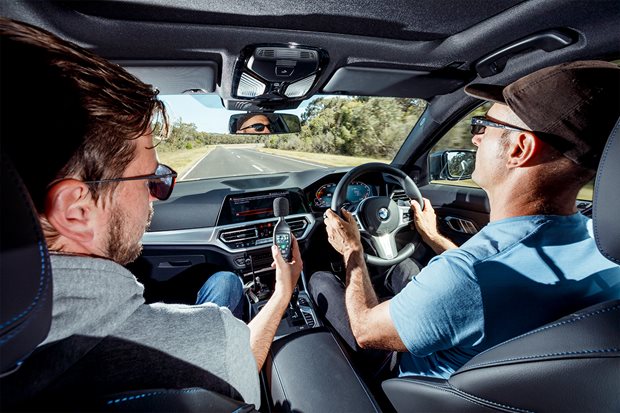 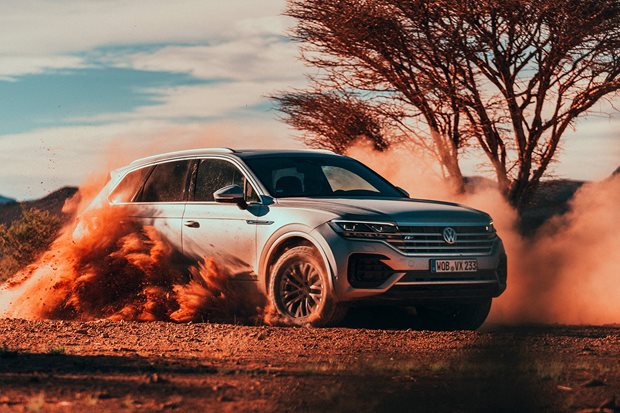 The all-new Volkswagen Touareg demonstrates its fibre by taking on the dunes, dirt and rivers of Morocco 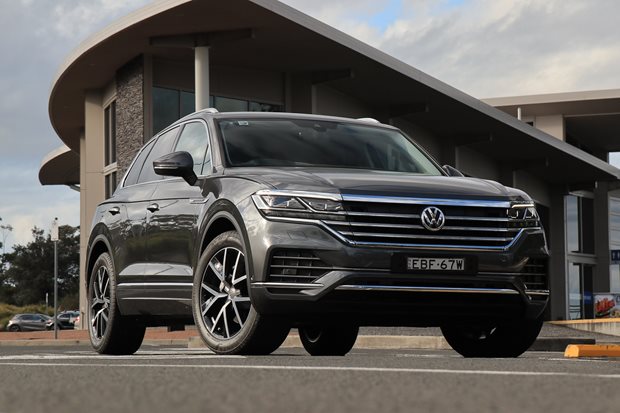