THE Mazda Bongo used to be everywhere; it was the go-to one-box van if your business didn’t stretch to Kombi money. Then one day, they were just… gone. I blame George Miller, the director of Mad Max, who famously destroyed his own Bongo to get the perfect stunt shot for his 1979 Ozploitation classic. From there, it was open slather. When was the last time you saw one?

Adelaide is home to a couple of cool Bongos, but none cooler than Daniel Underwood’s recently restored example. “Man, I remember everyone’s dad, uncle and nanna used to have one!” he says. “I got onto this one in 2010; I bought it for $300, but it had heaps of rust in it.” Seems like the norm for these buggers, especially after a few decades on the road. “I cut all the rust out, but I was living in Melbourne and didn’t have room for two cars,” Daniel says. “So I swapped it for a couch.” A couch? “I was moving into a place and the guy moving out had this sweet couch and neither of us could be bothered getting it out,” he explains. “It was a killer couch, but!” Luckily, the fella moving out was also a mate, so a few years later, Daniel was able to track the Bongo down with relative ease. “He’d done nothing with it, so I hit him up and bought it back for a couple of hundred bucks, drove over to Melbourne and brought it back to Adelaide.” The Bongo then became a labour of love – if it wasn’t already, given that Daniel had already bought it twice. A paintjob went on in 2015, and since then, Daniel has been working through all the other mechanical and electrical headaches, including fitting some stonking audio. “The past three or four months, we’ve really put the foot down. I had to get it done for our wedding,” he says. 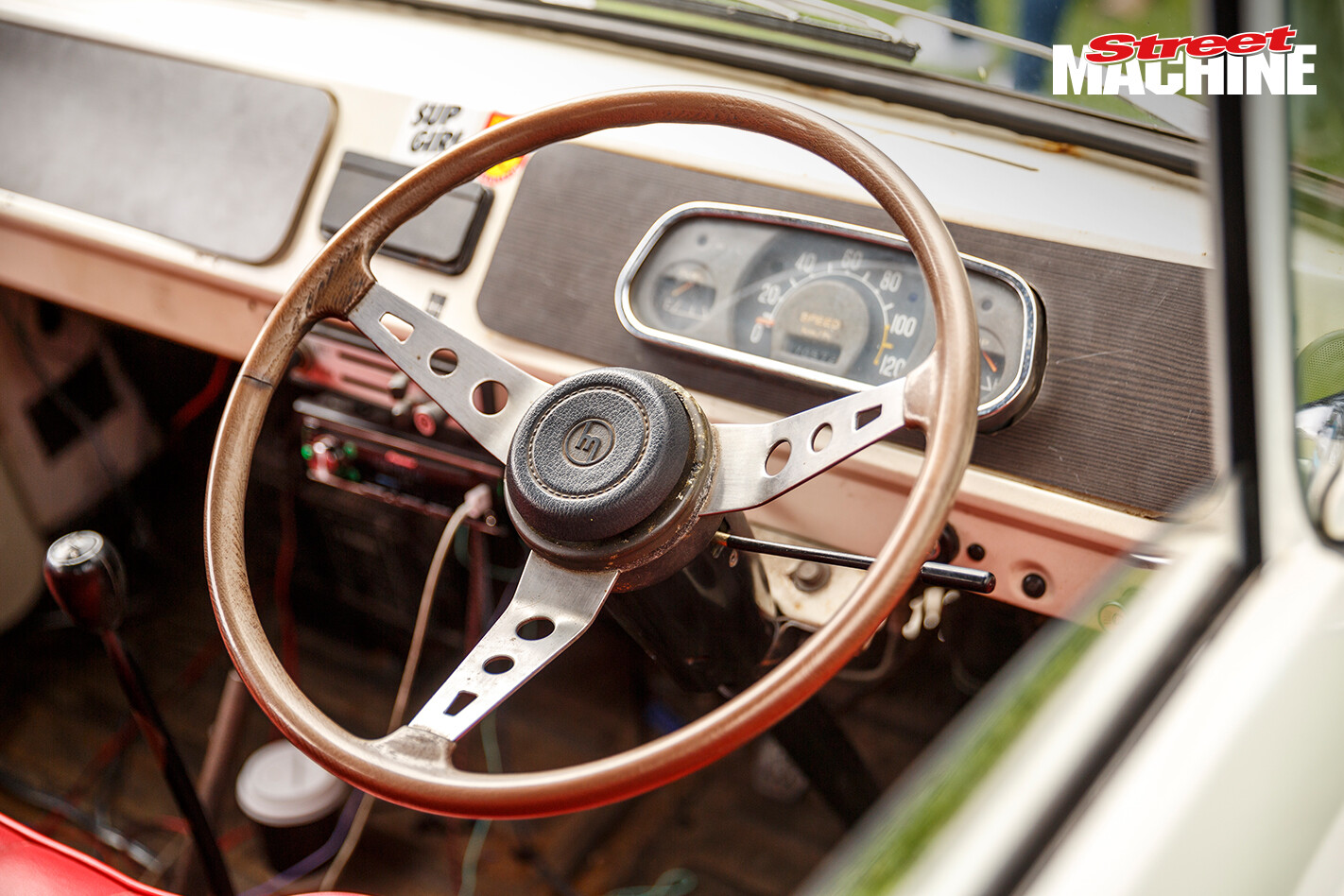 At Street Machine, we’ve heard this all before; impending nuptials must be responsible for a significant amount of finished projects. Fortunately, Daniel wasn’t going to be subjecting his new wife Evie to just any 70s-era tradie van. “I love limousines; they’re my happy place,” he explains. “So I built a bar in the back of [the van].” When pushed about his love for limos, Daniel clarifies with a laugh: “They’re just the best; someone drives you around, all your mates are there and you’re having drinks. What’s not to like?” “My dream is to set up a pair of decks in the back here and just pull up to a party,” he says. A fair aspiration, we have to agree, although this would be the coolest van in the street with or without a stereo.

As for the wedding, Daniel just made it to the altar. “Yeah man; us boys rocked up in this, then at the end of the night, me and the missus drove off in it.” Who said romance is dead?