Here at MOTOR we’re clearly better journalists than we are businesspeople.

Nothing sells magazines like “SHOCK UPSET” or “SURPRISE WINNER” emblazoned across the cover, but while the Porsche 991.2 911 Turbo S might be a predictable choice as victor, it’s also the right one.

Except, it wasn’t predictable. The 991 Turbo was a unanimous choice two years ago and the 991 GT3 was clearly the pick of the bunch last year, but Porsche’s third-consecutive PCOTY win (and 13th in total) only became clear once every score was tallied. It was close.

Nonetheless, as the quickest, most powerful and most expensive 911 available (until the new GT2 RS arrives at least) the Jet Black Turbo S was always going to feature at the pointy end. It only took a cursory glance of this year’s criteria to realise the Porsche was going to score strongly across the board. Yet, to simply say “it’s hard to fault” is to sell short the staggering quality of engineering contained in this car. Winton, day two. A brief gap in the weather had left the track dry enough to attempt some acceleration runs, but with deep puddles in the braking area the all-wheel drive Porsche seemed like a prudent place to start. The track was cold and there was a brief flurry of wheelspin, but such was the rate of acceleration that by the time it had registered the 911 was halfway down the track.

On track the speed feels brutal, but on the road it literally leaves you breathless. On dry tarmac the all-wheel drive system and flawless dual-clutch gearbox ensure none of the 427kW/750Nm is wasted. The punch out of corners is such that it seems as soon as you hit the throttle, you automatically need the brakes. 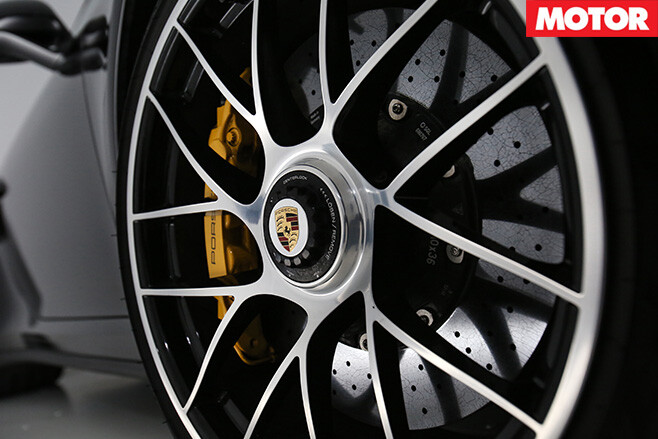 Thankfully, the enormous carbon-ceramic brakes are more than up to the task and seem indefatigable; JB even managed to have smoke pouring out of the wheelarches after his hot laps on a sodden racetrack.

Combine its phenomenal stop-and-go capabilities with limpet-like cornering grip and you have a driving experience that, at full tilt, borders on physically and mentally exhausting.

Without fail, every judge exited the Turbo S on the road loop speechless, mouth agape, left dumbstruck by its awesome capabilities. It actually makes you feel quite inadequate as a driver. Try hard and you might get a hint of understeer or the odd flash of the ESP light, but in general this ultimate 911 feels to be barely raising a sweat.

Crucially, however, it doesn’t lack involvement. The brake pedal has beautiful feel and the steering is possibly the best of any PCOTY contender. It’s a cliché, but you can drive the Porsche 500 metres and already know it’s brilliant. It’s a trick very, very few manufacturers are able to pull off. If any criterion was going to trip the ruthlessly efficient Turbo up, it was X Factor, where highly subjective issues like engine noise and outright fun were assessed. However, the previously anodyne Turbo has developed a personality. It’s no match for the Huracan, or even the 488 for aural appeal, but the exhaust pops and crackles on the overrun and the turbos exhale sharply each time the throttle is lifted with a noise like you’re being chased up the road by Darth Vader.

Equally, all-wheel drive 911s are more readily associated with grip than slip, but if there was one positive to take out of Winton being effectively underwater, it’s that it made it much easier to access each car’s ultimate limits. With stability control engaged the Porsche was a model of composure, its road-biased Pirellis slicing through standing water and electronics eradicating any oversteer – as long as you didn’t get too greedy in the braking zones you could drive very quickly very safely.

Banish the PSM, though, and the Turbo happily swung its rear wide under brakes, where it could be held thanks to the rear-biased all-wheel drive system until a steady application of throttle gradually pulled the front straight. Care was needed when gathering up the slide, but it’s the Turbo’s value rather than its behaviour that makes drifting it a daunting prospect. 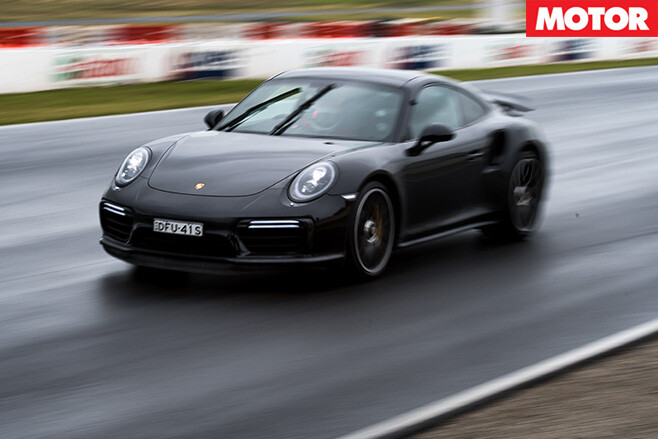 So, to recap: the Turbo S is the fastest car present in a straight line, the easiest to extract speed from and has probably the best brakes and steering in the field. To make matters worse for the competition, however, it’s the ‘car’ part of the ‘performance car’ equation where the 911 really shines.

For all its mind-bending speed, the Turbo S has a decent boot in the nose and is the only one of the supercar quartet with back seats. You’re only going to fit small children back there, but it’s better than putting them in the engine bay of the Ferrari, Lamborghini or Audi. The ride is firm, but fair – certainly better than the R8 or the Focus – and while road noise is probably the 911’s biggest failing, it’s still quieter than the Italian duo.

Its value is questionable when the regular Turbo is 98 per cent as good for $80K less, but on the other side of the coin, in pure performance terms the ‘S’ would give the likes of the Lamborghini Aventador and Ferrari F12 a run for their money – and they’re another quarter of a million dollars. Then there’s the fact that by the end of the week a couple of cars felt like they needed a good service, whereas the Turbo S felt like it could’ve done another PCOTY. Or three. So if it’s the best thing since sliced bread, why did only three of the five judges have it at the top of their lists? Editor DC and myself were the dissenting voices, for while the 911’s technical excellence is unparalleled, if we both had to choose one of these cars for one last drive, it would be the Ferrari. The 911’s brilliance is like wearing armour plating; it makes you feel invincible, but it’s your exposure to danger in the 488, the way it jinks and slides at the limit, that made it the more rewarding choice for the two of us.

Nonetheless, the Turbo S is a worthy winner, because it is the best car. We threw every possible contender we could find at it, and still it came out on top – Porsche simply has a deep understanding of what makes a performance car great, and thus how to make a great performance car.

In sales terms at least, Porsche may now be an SUV company that makes sports cars, but as long as the profits from those SUVs continue to be funnelled into the world’s best driving machines, it can start making electric convertible Cayennes for all we care. As for all the other manufacturers, better luck next year. 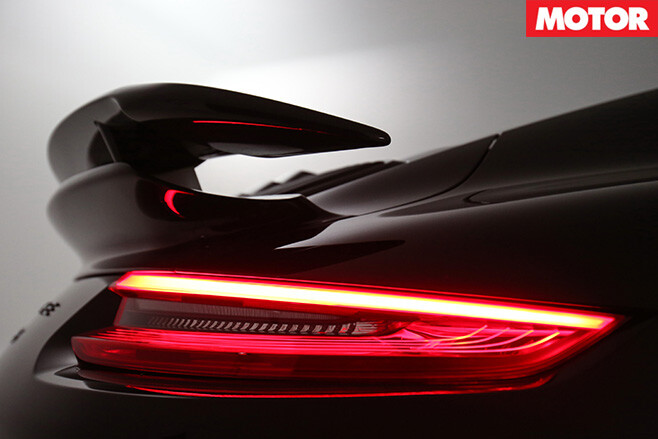 JUDGES' RANK
DAVID MORLEY: 1st
Ten-seven! Outta the box. Fuggeddaboutit
DYLAN CAMPBELL: 3rd
After the first fast drive, I just got out and sighed
SCOTT NEWMAN: 2nd
Almost terrifying in its competence, but regular Turbo is plenty
TIM ROBSON: 1st
Not as emotional as a non-turbo car, but an utterly astonishing achievement
JOHN BOWE: 1st
If you could only have one car, this is it. Simply outstanding 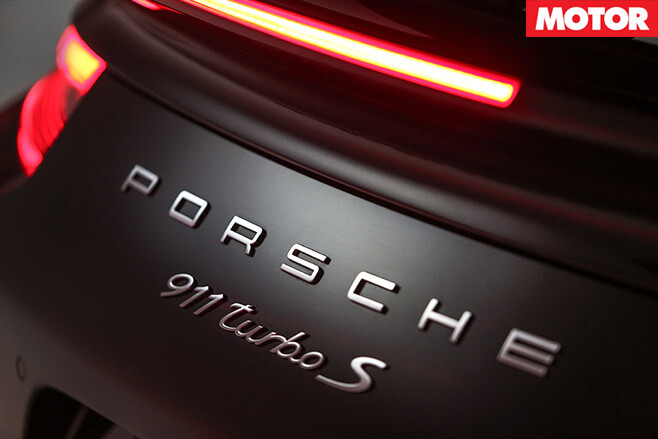