Drop your tyre pressures, grab your cultural guide and journey to a hidden gem.

The humidity seeped in under the door and tried to invade the coolness felt from the air-conditioners, which were working relentlessly to combat the Northern Territory heat. When its hotter outside than the hinges on the gates of hell, a comfortable, air-conditioned room at the Darlala Motel is a welcome relief. That’s also because, other than bush camping, this is pretty much the only accommodation available in a place called Ngukurr. Situated on the Roper River, it marks the southern boundary of Arnhem Land – travelling south-east from Katherine you will arrive at this remote community in about three and a half hours. Arnhem Land is fascinating, and for the Aboriginal people it used to be a lot like Europe, with different countries side by side. Each nation had its own language, law and government. These nations traded with each other, – and they also had overseas trade with the Indonesian people, called Macassans. These trades are depicted in many of the ancient rock paintings. If art is your thing, there is an excellent art centre in town with an eclectic array of carvings, paintings and basket weaves. In addition to this, the town also has a health clinic, general store and fuel.

The lure of Ngukurr is its unknown jewel – the Ruin City, 55km as the crow flies to the north-east. Hissing sounds added to the air of excitement as we let down the tyres on the Land Cruisers in preparation for the four-wheel-drive track we were about to embark on. On board was our Aboriginal guide Emanuel, who had graciously agreed to lead us to these mysterious sandstone formations. 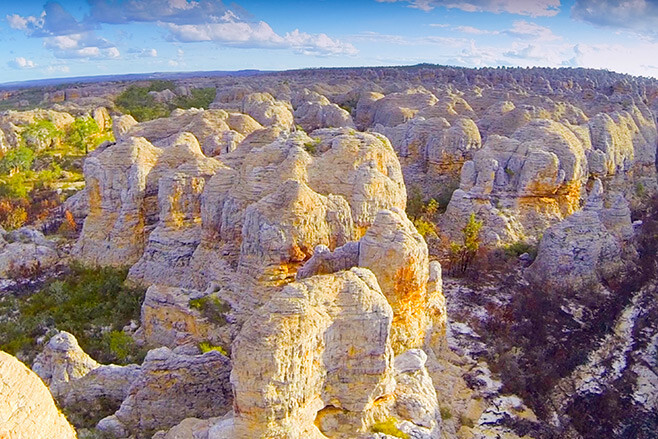 Born and bred in Ngukurr, Emanuel informed me there are seven different languages spoken in the area. On the grander scale there are more than 200 Australian Indigenous languages, and there are words we use today that have indigenous origins. For example, kangaroo comes from Guugu Yimidhirr, which is a language of Northern Queensland and was first documented by Captain James Cook on his mapping expedition in the 1700s.

Heading north from Ngukurr on a dirt road, with crests that roll down into dry creek beds, you’ll pass the occasional deserted broken-down car, one of which Emanuel informed me belongs to his brother who intends to pick it up and get it going again. The bush mechanics that go on out here are priceless and the ingenuity astonishing. On the way we passed Boomerang Lagoon, a large body of water to the west. After 60km or so we reached our turn-off from the main track. This track is less defined but clearly visible, and our next point of interest was Lake Katherine, roughly 10km away. This is Emanuel’s mother’s land, and so he has the authority to talk about this country – which tribe you are from depends on how much information the Indigenous are able to share. It’s a place close to his heart, and you could see his passion for the land as he explained how you can catch Barra and Saratoga in the muddy waters. As if on cue, a saltwater crocodile surfaced as he explained swimming is not a sport played in these waters.

Back in the vehicles and the tracks became harder to follow, and every time the convoy stopped Emanuel disappeared. Scratching my head and pacing around the Land Cruiser I looked up to see Emanuel walking towards me with a line of fire advancing towards him. Part of their land management is to burn sections of undergrowth. This gives the kangaroos and wallabies new shoots to eat which, in turn, also equates to plump meals for the Aboriginal people from time to time. 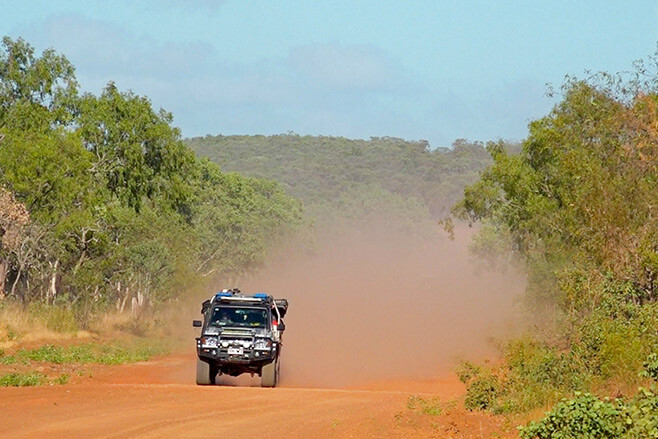 I noticed as we were driving that Emanuel was singing a song in a low undertone, and it turns out that this is how he remembers the way to the Ruin City. It’s a map in the form of a song, which is pretty clever because it means it won’t wear out or get coffee mug stains on it – like our paper maps do.

On the final leg of the journey the track diverted into a maze, some of which were old vehicle tracks and others game trails. There were moments where I had to be completely reliant on Emanuel’s amazing memory, as the track would blend in with the bare, dusty expanse.

Aside from the usual cautions that come with remote four-wheel driving, you will also have to contend with the wild buffalo. We crossed paths with an angry bull shaking his head at us. I half-jokingly asked our guide if they charged vehicles. His reply made me high tail it in high range to pass this aggressive beast. 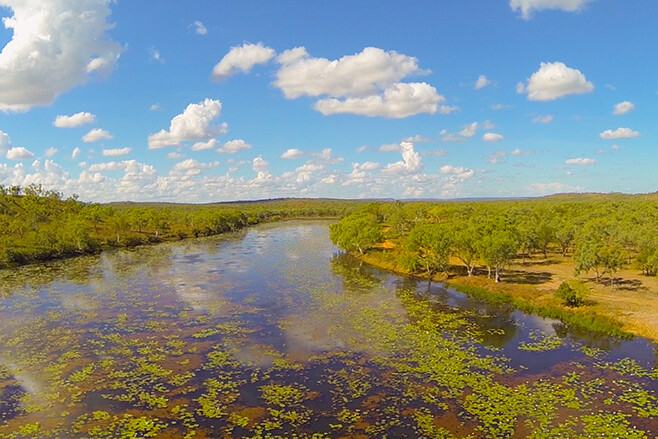 Allow a full day to travel to this natural treasure, even though it’s only 55km in a straight line from Ngukurr. You will be constantly in and out of you four-wheel drive to a destination where only helicopters usually reach.

As the sun was sinking I laid my eyes on the lofty sandstone pillar formations, crafted by relentless change. The Land Cruiser door creaked open as Emanuel’s worn boots hit the dusty red dirt. This is a deeply powerful place for his people. There was no hiding his emotion as he triumphantly proclaimed that we were the first vehicles to conquer this track in three years. 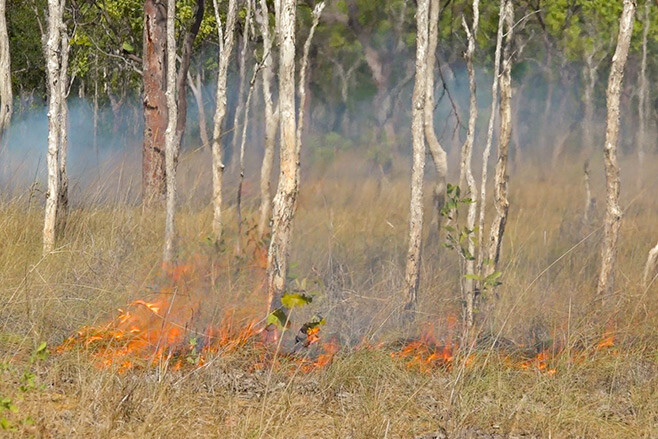 The pillars are dense and form a wide outcrop with a length of about 14km, and it would be easy to get lost in here. There are many caves to comb through, cloaked in semi-darkness as you run your hand over the coarse red sandstone. Surrounded by the towering pillars I perched on a rock and took a moment to appreciate the amazing vista before my eyes. My mind went back to a comment Emanuel made earlier in the day that this was the location of a leper colony from many years ago. Leprosy is spread between people by coughing or contact with fluid from the nose. Unfortunately, generations ago the multi-drug treatments weren’t available or even developed. 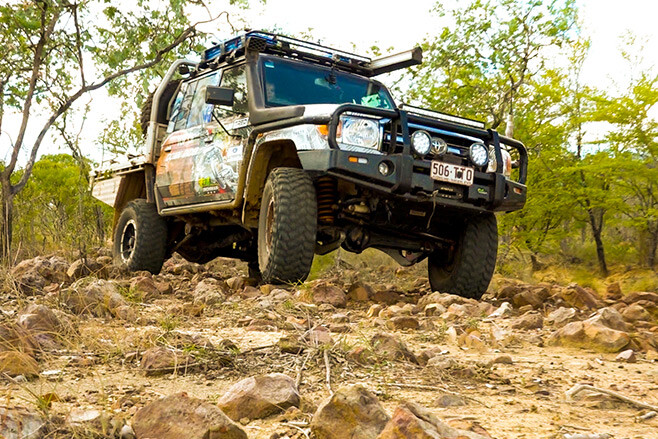 The locals say there is still a non-contact tribe that live in the vicinity of these pillars, a remnant left behind by that colony. They say you can hear them singing at night. I had no intention of staying and testing that theory, as I knew we had a night run in front of us over some rocky, rough and challenging country to get ourselves back to the town of Ngukurr.

An extraordinary four-wheel drive destination packed with the culture and beauty you expect from the Northern Territory. A destination to appease the soul.