Fancy playing the classic car market? Here are twelve cars that are worth a look right now

Fancy playing the classic car market? Here are twelve cars that are worth a look right now.

So you missed the boat on the ‘overs’ market for the new Mustang and reckon that the classic market’s peaked a few months back? You’re not out of the game just yet. Look a bit more carefully and the classic investor can still find value in a nervous market. Here we line up twelve cars that are worth your consideration. Some are easy to track down while others will require more spadework. One thing they all have in common is that even if the market flatlines, you’ll be left with a great car. 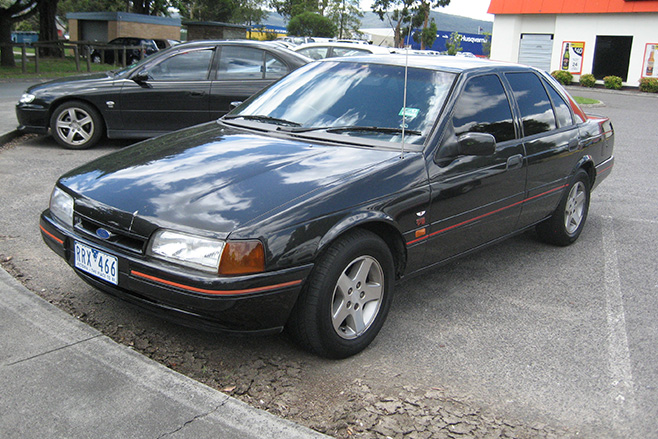 Fifty years ago, the Falcon got its first V8 lump. The XR or “Mustang-bred Falcon’ kicked off a tradition of bent-eights in the snouts that lasted through to the XF, back in 1984, when Ford decided that what the Australian public needed were flailing sixes. The Windsor 5.0-litre V8 was offered with the 1991 EB Falcon and these S-XR8 models are currently trading from $2500. The end of local manufacture should see a resurgence in demand for tidy V8 Falcons and the EB S-XR8 is, in many ways, a car that has been overlooked by serious collectors. Its time will come. Track down a good example and it’s hard to see how you’d ever lose on an early S-XR8. 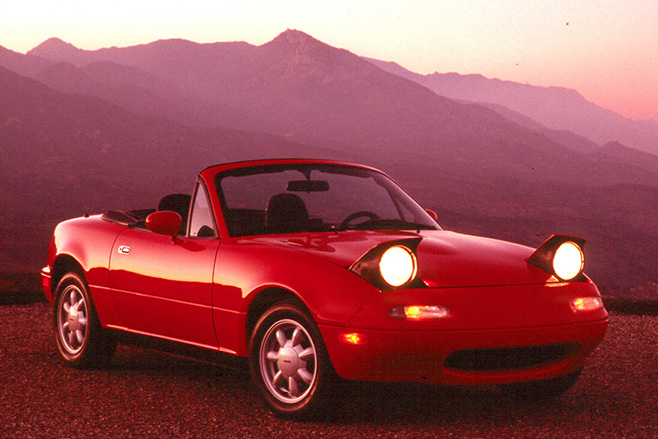 Granted, it seems hard to see collectability or value in a car that racked up more than 400,000 sales, but consider this fact: Ford sold more Mustangs in 1965 alone than Mazda’s entire production run of Mk1 (or NA) MX5s, and yet the pony car is still in strong demand. As with any car at the lower end of the market, the wrong sorts of people are your friends here. The more MX-5s that get thrashed, crashed and otherwise disfigured just ratchets up the value of the respectable stock. Do not be tempted by an automatic transmission and remember that the Mk1 MX-5 was designed to have power steering. Non-PAS models lack the incisive feel of those with a powered helm – strange but true. Check the flitch plates for crash damage and the sills for rust. 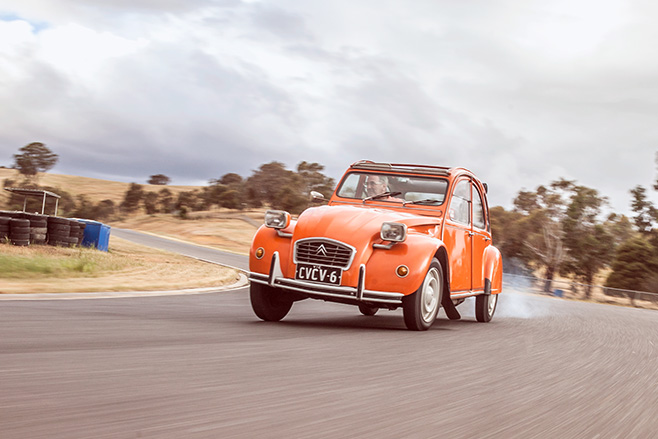 If you’re looking for a perfect vehicle to teach yourself preservation of momentum, they don’t come much better than the 602cc 2CV. With a rippling 21.5kW from its two-cylinder donk, the Citroen was designed to be driven across a ploughed field while wearing a hat and carrying a tray of eggs. So it’ll go almost anywhere without complaint. Values for good examples have been notably sparky of late, with a 1986 Charleston fetching $60k at auction, so if you have a neighbour who has a shiny tin snail lurking at the back of their garage, it’s time to get your lowballing trousers on. 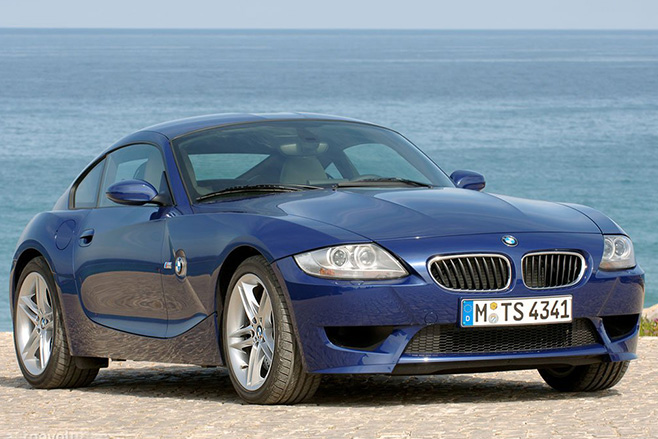 Forget about the Z3 M Coupe. Prices for the ‘clown shoe’ have gone gangbusters in recent years with the best cars changing hands at around $120,000. Look instead to its successor, the Z4 M Coupe. The styling isn’t so outrageous, but the engineering’s far better, with a more advanced rear suspension, switchable stability control and the S54 engine from the E46 M3 that was never offered with Aussie-delivered Z3 Ms. What’s more, prices (which open at around $40k) look eminently reasonable. The Bangle-era styling has worn well and the 252kW coupe offers no shortage of presence and performance. It might never enjoy the cult following of the Z3 M, but the Z4 M’s delightful fusion of analogue thrills and contemporary refinements make it a sweet spot that’s got plenty of market headroom. 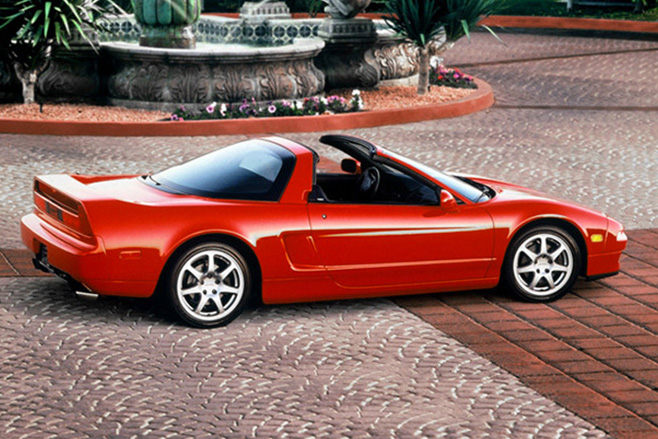 Two things to look for when tracking down a Honda NSX – a fixed roof and a manual gearbox. Beyond that, look for  clear title, no irreversible modifications and you should be golden. The NSX has been tipped for stardom for years but the predicted explosive growth in values has failed to materialise. Instead it just doggedly soldiers upwards in value by a few grand a year, all the while garnering a burgeoning reputation as a piece of engineering near-genius. The desirable NSX-R models pop up occasionally in Japanese auctions but look out for a big influx of cars to the Australian market when legislation changes make the import of early (1991 model year) Japanese domestic market NSXs legal. Stick to the best, low mileage cars to protect what could be a very handy investment. 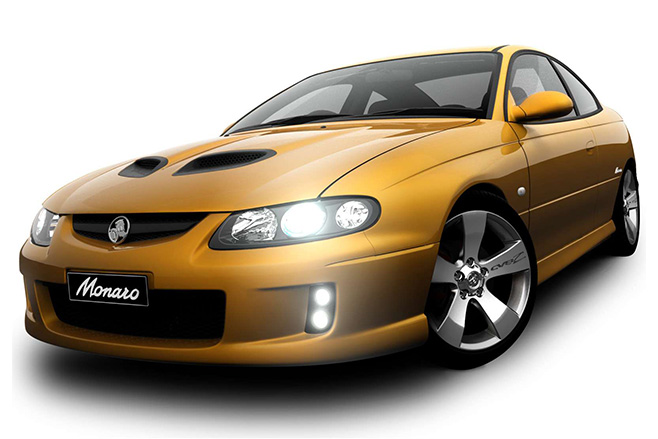 It’s hard to look past Holden’s curvaceous coupe, shot through as it is with that quality that’ll soon be impossible to synthesise – dinky-di Aussie authenticity. Okay, so the engine’s from Mexico, but that’s a minor detail. Values for the CV8-Z have started trending gently upwards in the last couple of years, with opening book starting from $25k, rising to $35k for low-mileage, well-sorted examples. The bets of the best garage queens are now nudging towards $75k and it won’t be long before a typical, tidy 60,000 kilometre car is aiming at those sorts of values. Look for water ingress in the boot, crash damage, loose timing chains and flaky electric seat adjusters. The condition of the leather trim is usually a good initial indicator of the car’s upkeep.

FAILED TO LAUNCH: SPECULATIVE PICKS FOR THE LONG-TERM INVESTOR 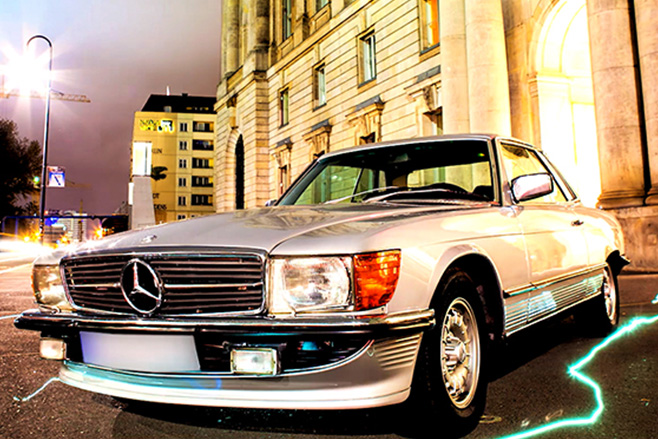 The R107 Merc SL needs little in the way of introduction, having sold over 250,000 units, but its hard-topped sibling, the C107 SLC, was a bit more of a slow burner; shifting only a quarter of that number over its ten year lifespan. Prices have lagged behind the more glamorous SL, which itself has seen its price dragged along by the frenetic business in its predecessor, the W113 Pagoda SL model. Because of this slight underdog status, the SLC might just be the cooler car. It’s certainly got a real understated style, with its longer wheelbase and louvred rear pillar. You’ll only need $30,000 to net yourself a car in really good order and they’re mechanically very tough.  You won’t put your kids through college on the back of an SLC sale, but if you’re looking for an elegant classic that isn’t going to lose, it’s a primo pick. 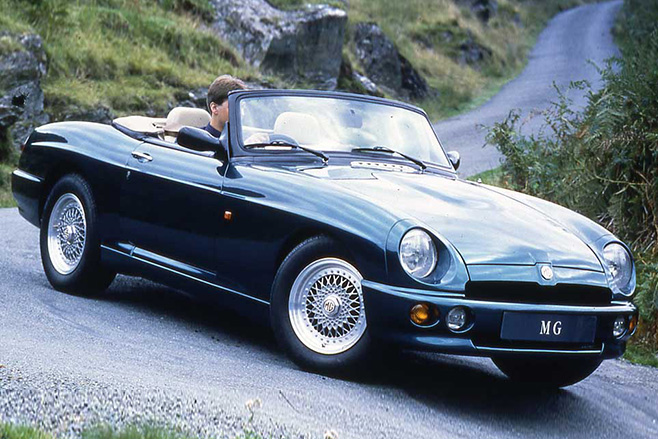 How the motoring press laughed as MG tried to build a TVR. The result was, at the time, seen as old-fashioned and more than a little gauche, but fast forward to today and the MG RV8 has a lot going for it. First up, it has a V8 engine that actually has enough grunt to get out of its own way, the 3.9-litre Rover V8 being a development of the V8 used in the previous MG V8, the 1976 MGB GT. Power stepped up from 102 to 142kW in the RV8, it got a limited-slip diff and could hit 100km/h in just 5.9 seconds. The leaf spring rear end made ultimate handling a little involving but as a collectible curio, the RV8 could well come good. Values have been smouldering rather than igniting, but time is slowly healing the wounds received by the RV8’s sneering reception. One more plus? Most RV8s ended up in Japan, where they tended to be used sparingly on unsalted roads and maintained obsessively. 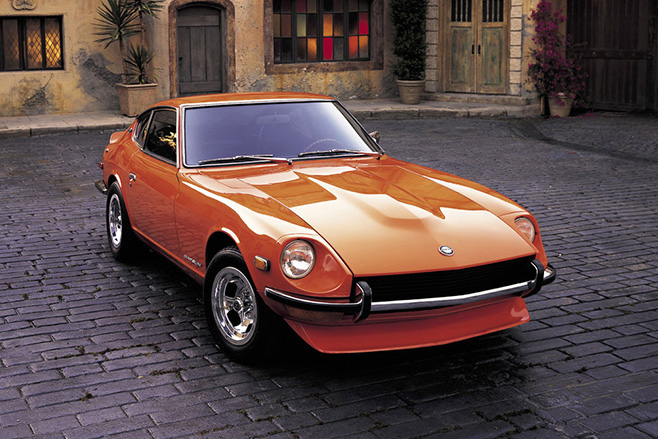 Look at any hero car and you’ll usually be able to spot a sibling that tried to step into the limelight only to fluff its lines and forever be consigned as an also-ran.  For every million-dollar Lamborghini Miura there’s a hard-luck Jarama and such was the case with Datsun’s 260Z. Its predecessor, the 240Z was the legend; the Oriental 911-beater that showed that Japan could build affordable, fast, reliable and desirable cars. That was in 1970. In 1974 the 260Z appeared and was afflicted by the 1973 US safety legislation that saw the shape ruined with clumsy bumpers. The ugly 2+2 model did little for the 260Z’s reputation, but an early 260Z two-seater remains a thing of beauty, with a better interior finish than a 240Z. Yes, the weight crept up by 56kg but power increased by 8kW too and where 240Zs can make six figure sums, a two-door 260Z can be found for half that figure. Find a good one and rest assured its time will come. 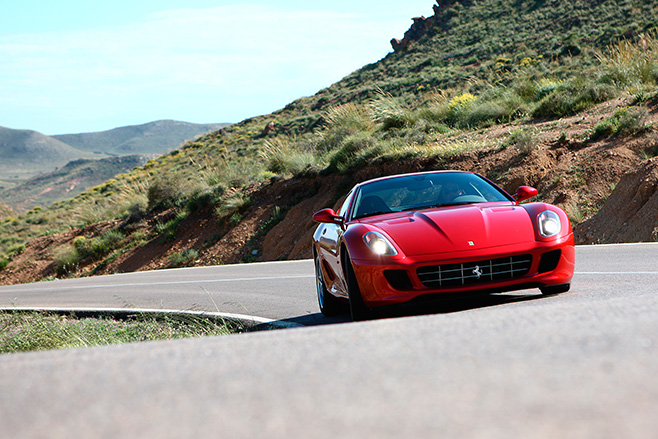 What if I were to tell you that you can buy a 2007 Ferrari 599 GTB – once Ferrari’s exalted flagship – for less than the price of a new BMW i8? Three cylinders, a few batteries and some engine sound .wav files, versus a storming Maranello V12, 456kW of the right stuff and a car that laps Fiorano quicker than an F50? Not really much of a duel is it? Although you’ll need to set aside quite a war chest to keep the Fezza on the road, the 599 GTB has always been a front-engined Ferrari from the very top drawer and well worth your consideration. Prices dipped markedly when the 612 was announced, but have recently firmed somewhat. It’s hard to believe that a car so rapturously received can be so quickly overlooked, but this merely makes this the perfect time to snap up a 599. 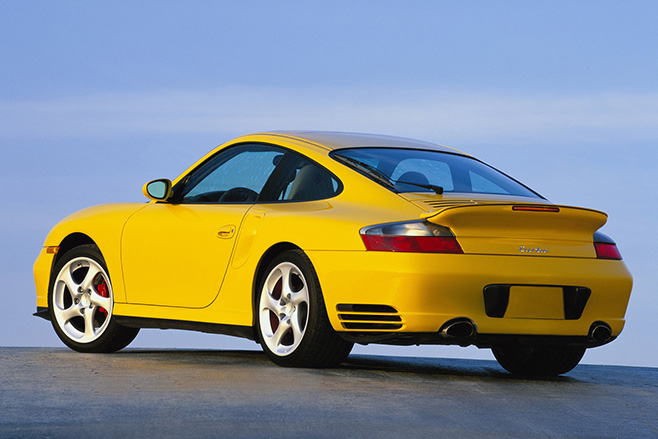 The 996 Turbo was dubbed the best sports car in the world by many motoring publications, but slight oversupply and moderately polarising styling did little to put the brakes on the all-wheel drive blown idol’s slide towards mid-range 3 Series money. These days the 996 Turbo looks an increasingly smart buy. The Mezger competition-derived engine sidestepped many of the reliability problems that afflicted the 996 Carrera and the all-wheel drive chassis effortlessly put all of those 309 kilowatts to the tarmac. Yes, the interior looks a bit low rent these days, but you can’t have everything. Track down a 996 Turbo for less than $100k and sit on it. It’s a bulletproof car and an even stronger investment vehicle. 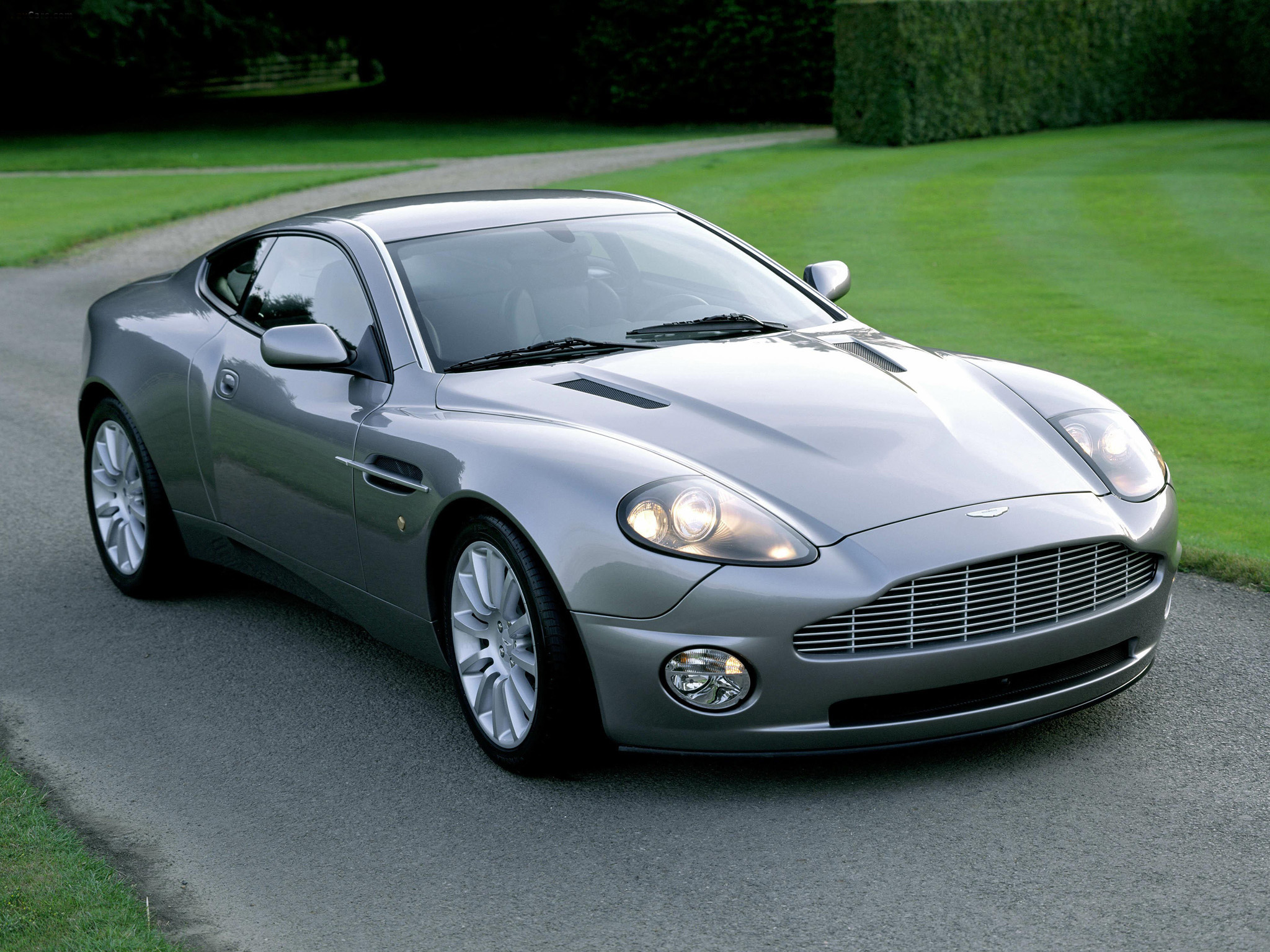 Here’s another of those cars that slipped from the limelight and which can now be found for far less than you might imagine. Set aside $100k and you’ll be able to land yourself a Vanquish. Built between 2001 and 2005, the Vanquish might well possess the best-sounding V12 engine of all time, despite the fact that the 5.9-litre lump is from relatively humble stock – effectively two Ford Duratec V6s cosying up together. Possibly the most brutally-styled of Aston’s portfolio, the early Vanquishes were offered exclusively with a robotised manual ‘box which some love and some hate. Try before you buy. Also check the front sub-frame for rust and watch out for flaky lambda sensors.  The Vanquish is a rare and singular thing, which marked a transition in the history of Aston Martin. It’s also criminally undervalued, so now is a great time to take advantage of a jittery market and land yourself a bargain.