Wheels set out to do the impossible and race at Finke, and achieved the unthinkable.

FAILURE wasn’t an option – it was simply the most likely result when Wheels set out to take on the Finke Desert Race in a virtually showroom-spec Mazda BT-50. The motor-racing equivalent of riding a tricycle up Everest.

It was such an unlikely attempt at this Herculean task, in fact, that virtually no one believed we were really doing it. Everyone who came up to check out the car assumed we were foxing, and the stock-looking facade was hiding some major modifications (tyres, race seats, shocks and brake pads were the only changes). 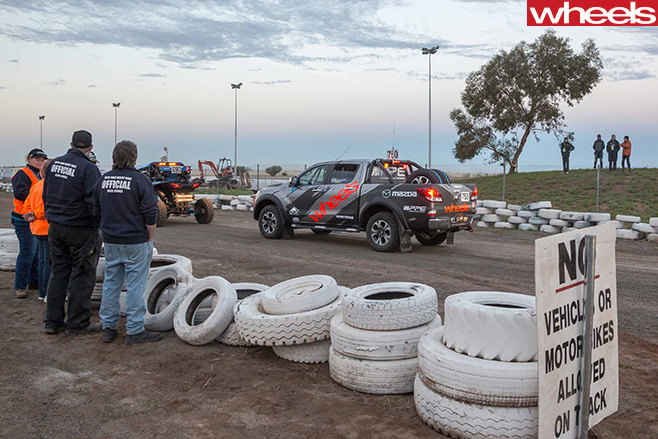 Finishing the two-day, 452km event with the car in one piece seemed a lofty goal, and doing so within the allotted maximum time of four hours and 15 minutes each day a far more distant one, so the fact that Toby Hagon and co-driver Bernie Webb not only made the finish line, but crossed it in second place in their Production Class, in a time of 7:55.32, seems little short of a miracle.

How tough was it? Well some old hands with more than a dozen years’ experience were claiming this year’s course was the gnarliest they’d seen. Out of 127 trucks and buggies entered, just 64 finished (incredibly, only 19 of the 348 motorcycle entries were classified as DNF). 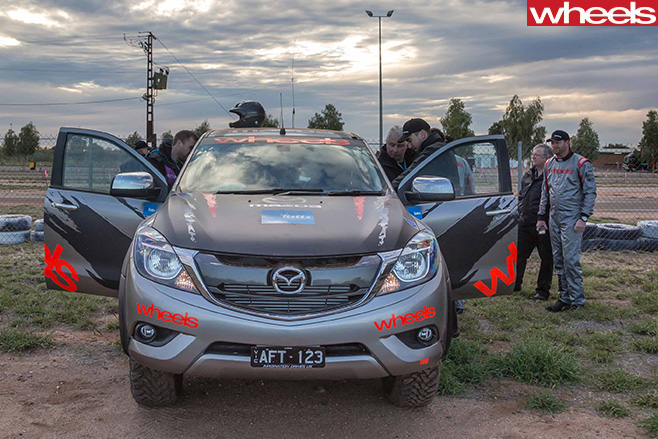 And out of those 127 entries, only one, our Mazda, was driven to the starting line with a rego sticker on the window, rather than trucked in.

In short, plenty of big-ass buggies and trucks designed specifically to complete events like this failed to finish, while this humble 4x4 that was never intended to suffer such punishment made it.

It was no walk in the park, though, with the shocks melting and failing on day one, and the BT-50 crawling over the line with the distance-to-empty reading just “4km”. Toby just managed to extract himself from the roll cage - a sight that looked not unlike a baby elephant passing through the eye of a needle - before requiring medical assistance. It was more than 10 minutes before he could even attempt walking. 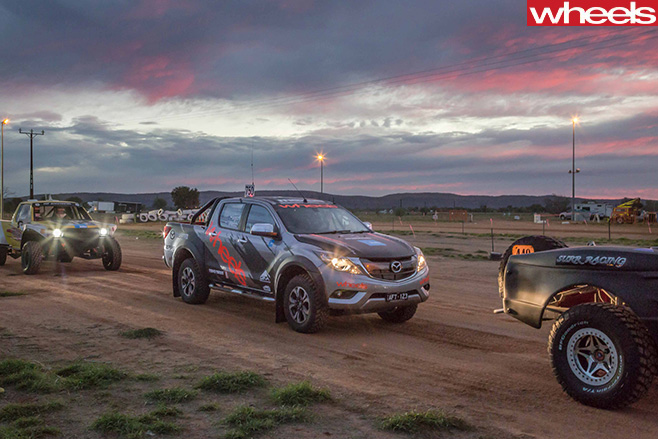 “I’m not kidding when I say I can’t believe that thing made it in yesterday, there were some big hits, the ball joint has hit the inside of the wheel arch, and the chassis has hit the turbo protector and put a ding in it, and even the metal tool box in the back has dents in it from where the tools hit the lid, just incredible,” a hugely grinning Hagon said at the finish line yesterday, in between pats on the back from strangers.

“Our plan was to go a bit slower today, look after the fuel, and it was heaps easier on the car, but we still had some big hits, the front right quarter of the car is a bit second hand…

“The shocks went again today, but they held on a lot longer and they weren’t as bad at the end, we had more control, because yesterday it was almost undriveable by the end. 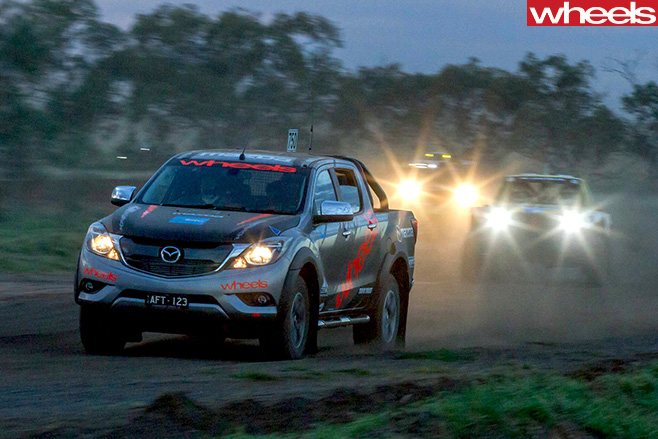 “The thing that mentally killed me yesterday was just how unrelenting it was, there’s section in the second half where the bumps just go on an on, one after another, but today I knew it was going to get better. And today I was sharper, thinking we can’t wreck the car here.

“It was just awesome. The feeling even coming into the stadium section, thinking ‘we’re going to make it’ – just incredible. And we went past a lot of broken buggies and trucks and just gave them a wave going, ‘Yep, we’re still here, in our standard car’.”

Toby is a bloke who grins a lot generally, but yesterday his smile threatened to rent his face in twain. Not to mention the faces of the Mazda representatives, who’d dared to believe he could achieve the implausible, and backed his driving skill, and smarts, to get the Mazda BT-50 through. 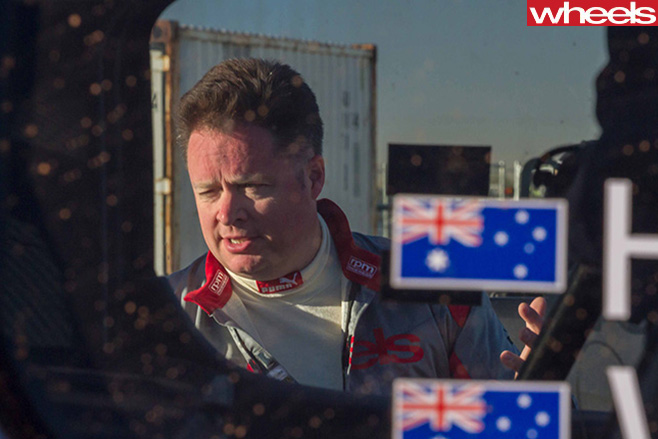 Hagon gives plenty of credit to his “secret weapon”, co-driver Bernie Webb, a navigator with 20 years of gravel-rallying experience who spent four days doing a recce of the Finke track and preparing an 80-page book of not-much-pace notes.

“As Toby said, we’ve never done so much work to go so slowly,” a delighted Webb laughed at the end of the race. “Toby was doing a hell of a lot of work in there, trying to keep the car balanced over those whoops (huge sand dunes from Hell).

“What we’re talking about here is half metre high bumps and half metre deep dips, every three metres, for 140 kays. It’s just one after another, and we’ve got to average 65km/h over that. 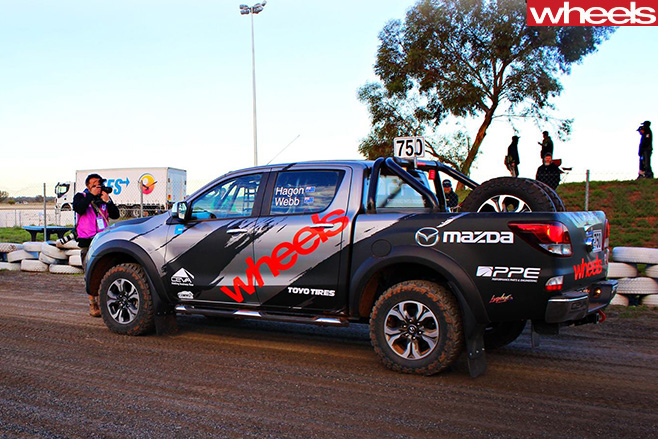 “It was just brutal. I’ve had some big crashes in my time and I can honestly say, hopping out of the car yesterday I felt like I’d had a 130km/h rollover, it was that bad.”

The satisfaction, for Webb and Hagon and the whole team, was not just in finishing, and finishing well - their time was more than three minutes faster than the fourth-placed truck in their category - but in proving their many, many doubters wrong.

“The guys that have been through here and mocked us at the start of the weekend - who said we’d be lucky to drive out of sight, let alone get to Finke - are the same guys who are coming in now and accusing us of not having standard springs,” Webb laughs. 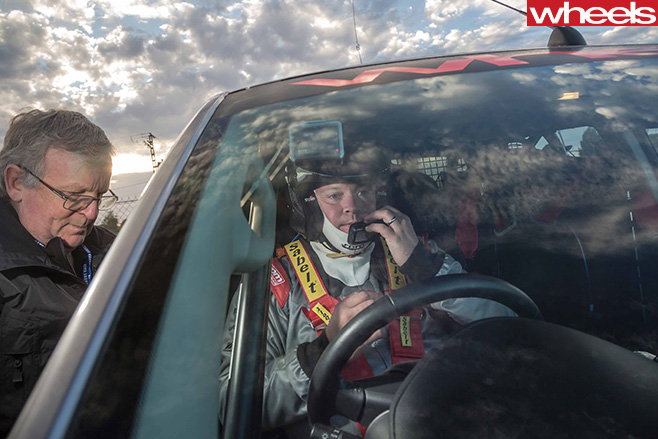 “And you point under the car and go ‘look, there’s a leaf spring, and there’s a drum brake, you tell me which one of those is a performance part and we’ll talk.’ We’ve certainly opened some eyes this weekend.

“That car has stood up incredibly well. I’ve never seen a car brutalized in that way, at all, and to have it still here and driving, is beyond impressive.”

Beyond impressive, that pretty much sums up the whole weekend from a Wheels perspective, because in our heart of hearts we barely dared to believe it could end this well. But we’re hugely thrilled that it did. Hats off, Mr Hagon. 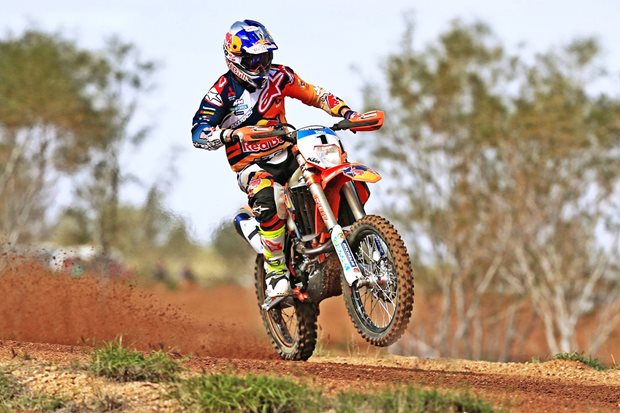 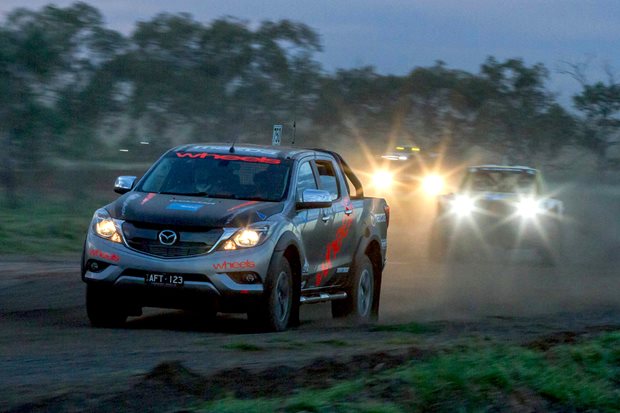 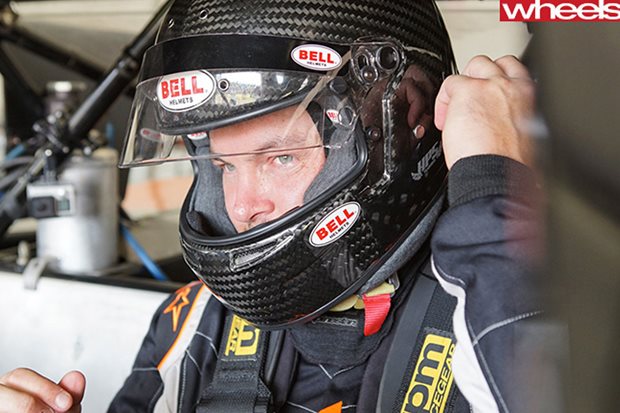