We all know what the new 2021 BMW M3 looks like by now, but what’s it like under the skin when you hold it up to scrutiny against its biggest rivals, the Mercedes-AMG C63 S and the Alfa Romeo Giulia Q?

We grabbed data from a few of the main categories across these cars and compared them, using the top-spec M3 Competition and C63 S sedan as specific variants.

Need to catch up first? Read the new M3 and M4 details in full

The M3 comes in both 6-speed manual and 8-speed auto, and with rear drive or AWD, but the Competition spec is expected to be at its meanest with the latter of both. It will only be available in auto, but will come first in RWD before the AWD model arrives later. BMW’s xDrive system is able to be switched to rear-drive mode for ‘dynamic’ driving. Its auto is a first for the M3 in that it’s a torque converter and not a BMW SMG or DCT. 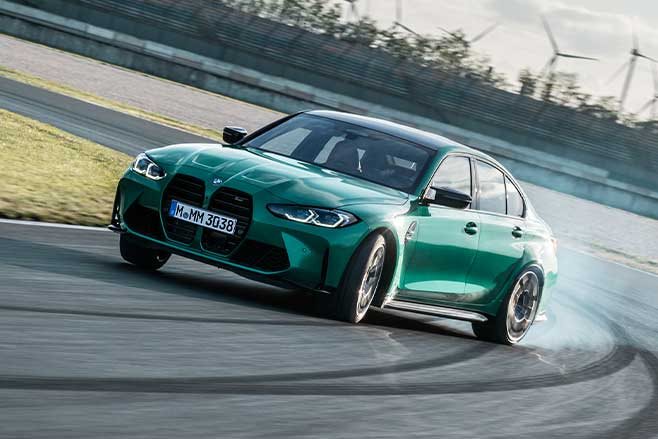 The AMG and Giulia are both rear-drive only, with a 9-speed auto doing the shifting in the former and an 8-speed in the latter. 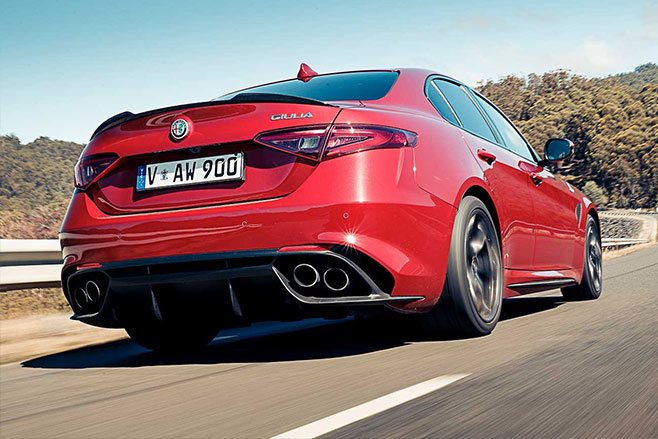 A BMW M3 Touring is coming

The new M3 is now a heavy hitter at 1730kg, which will increase again with xDrive AWD bits, so the C63 and Giulia seem positively featherweight at 1680kg and 1585kg respectively (just kidding, that’s still quite heavy).

The BMW M3 Competition now has 380mm discs and six-piston calipers at the front and 370mm with single-piston calipers at the rear, on account of its extra weight and previously somewhat inadequate brakes. The C63 S as standard comes with 390mm discs with six pistons at the front, though the its optional 402mm ventilated and drilled carbon-ceramics dwarf even them. The AMG has 360mm single pots at the rear, while the Giulia’s got the smallest at both front and rear – 360mm 6-pots and 340mm 4-pots respectively.

The last generation M3 Pure actually went head to head with the C63 S sedan and Giulia Q in a fast sedan test for MOTOR Magazine and topped both with a tested 4.15 second sprint to 100km/h from standstill. The AMG managed 4.21sec, and the Q 4.44sec.

BMW says the AWD 2021 M3 Competition will now hit 100km/h in just 3.9sec, and that’s with rear-wheel drive. AWD will likely drop this into the mid-3sec range.

BMW has now confirmed local pricing for both base and Competition spec M3, and there's good news.

This puts the new M3 Competition bang in the middle of pricing for the C63 S and the Guilia Q,