THE Commodore had a marketing edge over its arch-rival, the Falcon, during 1979 despite unfavourable fuel economy.

So GMH has gone out of its way to keep that edge through offering a proven car with more fuel -efficient engines. The result is the VC Commodore, complete with more power, less thirst and even cruise control, though perhaps some of the serious driver appeal has gone.

YOU SHOULDN’T tamper with success, especially when it's a success of the runaway variety. You should, however, keep that success contemporary for as long as possible.

That, in a nutshell, was the dilemma faced by GM in its deliberations over a new model Commodore, the VC. The result of those deliberations is a Commodore with a minimal facelift and a significantly updated version of the old faithful Lb six-cylinder engine now standard equipment throughout the Commodore range to placate the fuel-sensitive buying public – you can still buy a V8 Commodore, though you will haw to order it as an option and you will have to be happy with the 4.2-litre engine as the introduction of the VC marks the end of the five-litre VH. (GM says the decision to drop the five-litre engine was made as late as mid-1979.) 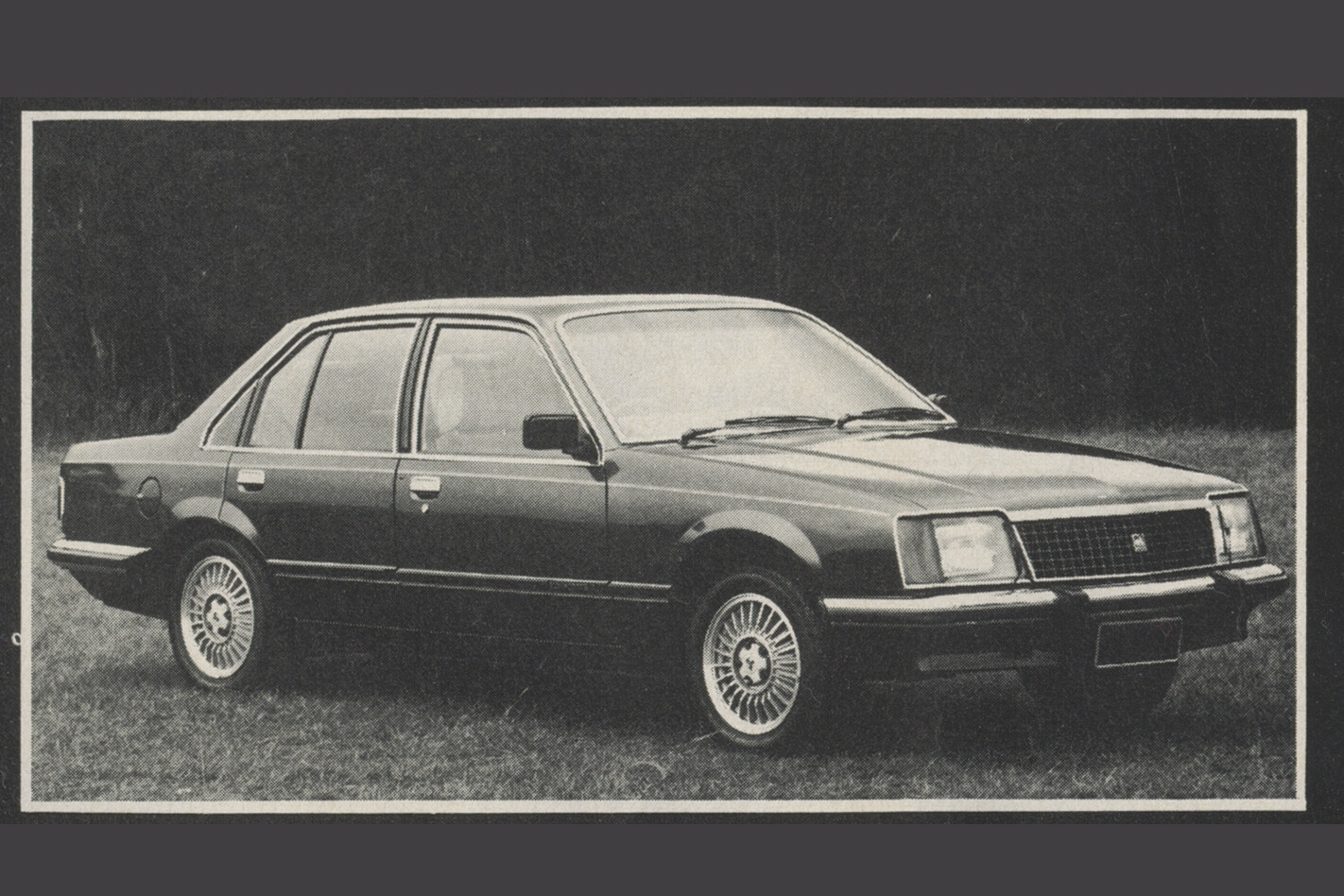 Another indication of the fuel saving image is the fact that the vacuum gauge fuel meter becomes standard throughout the range, with a tachometer available only with the optional sports instruments package.

Externally, the VC is little changed and it will take a Commodore watcher to spot the differences. The egg-crate grille is shared by all three models, with the SL/E having the only distinguishable difference, with a chromed grille surround. Tail lights on all models now have black surrounds and a black strip running horizon tally through the light cluster (rather than the red surrounds and no centre stripe on the V8) The SL/E has wider Opel Senator-derived windscreen beading and a locally-manufactured, Senator-style rear screen beading. The only other external change is the addition of the new Commodore L badge.

The Commodore watchers will have no trouble, however, spotting the Fashion Tone cars, 1500 of which will be built this year. This car will have two-tone paintwork - either dark below the waistline and light above, or vice versa - and will be fully equipped with all the options. Interior changes include a single-spoke steering wheel for the SL/E - the first single-spoke wheel in the GM world and quite a talking point in Detroit - and a new-design steering wheel boss-and-horn arrangement for the L and SL cars; the horn section of the boss is now separate. New centre consoles on the SL and SL/E feature a good oddments tray in front of the gearlever and an armrest between the front buckets which becomes a storage bin when you lift the lid.

The big news with the VC range is the "new" engine, the XT5, which isn't really new at all but a reworked version of the 17-year-old L6 six-cylinder engine. GMH is claiming 9.7 percent increase in fuel economy in the AS 2077 city cycle and 15.3 percent increase in highway driving from the 3.3-litre engine. Those figures relate to a 3.3-litre car with four-speed manual gearbox and 3.36 rear axle. Based on GMH's own fuel economy figures for the VB Commodore with the same specification those increases translate to 6.65 km/l (18.75 mpg) for city driving and an optimistic 11.78 km/l (33.2 mpg) for highway driving. Based on GMH figures for the 2.85-litre VB engine, fuel economy in the equivalent XTG engine is said to be 6.9 km/l (19.47 mpg) for city driving and 12.30 km/l (34.66 mpg) for the highway. City driving economy for the 4.2-litre V8 is said to be 5.4 km /I (15.39 mpg), though a prediction hadn't been made for highway driving at time of going to press. GMH calls both the XT5 and 4.2 V8 "extensively redesigned engines" and there is no denying that claim when you look at the list of changes to both. The L6 has a new cy linder head with separate ports (six inlet and six exhaust), larger valves and revised combustion chambers. Also new is a two-barrel Varajet carburettor and re-designed inlet and dual-outlet exhaust manifolds. Camshaft profiles have been revised and exhaust valve rotators have been added. A Bosch high energy breakerless ignition system has been incorporated to deal specifically with the upper reaches of the new 6000 rpm rev limit.

The spark plugs now have an extended reach to make for more even combustion and the pistons have been given a thicker top deck and strengthening. The connecting rods are stronger and premium quality main and conrod bearings have been used. Power heat valves have been incorporated into the engine. The compression ratio has been lowered to 9.0 to 1 for both the 2.85 L6 and 4.2 V8 and 8.8 to 1 for the 3.3 L6. The valve lifters now have increased oil flow thanks to the design of the new head. Ignition leads are now 8 mm fibre-reinforced silicon rubber with carbon-impregnated fibreglass filaments. And the 3.3-litre engine gets a new 12-counterweight crankshaft and torsional damper to cope with the bigger crankshaft throw of the larger six-cylinder and to smooth out the reciprocating forces along the crank (at the expense of an extra two kilograms). The 4.2-litre V8 also has new cylinder heads, this time with revised exhaust gas crossover. Pistons are new, as are inner manifolds with improved attachment to the cylinder heads. Also new is the four-barrel Quadrajet carburettor (something a lot of people think the 4.2 V8 should have had long ago), power heat valves and a high energy breakerless ignition system similar to that on the six-cylinder engine. The compression ratio has been reduced, as mentioned above, the valve lifters now receive increased oil flow, and the ignition leads have been uprated as on the L6 engines.

The only change to the transmission is an increased diameter clutch, designed to cope with the extra power and for greater durability. Both sixes now have automatic chokes. Only 2850 and 3.3-litre cars were available for road impressions on our long lead pre-release drive and it was pointed out several times that the cars were pilot models as the cars hadn't yet gone into production. From driving those cars, however, it became obvious that the "extensively revised engines" showed definite power increases. GMH says the modifications were partly designed to take the performance of each engine one step higher: to give the 2850 the feel of the old 3.3, the 3.3 the feel of the old 4.2, and the 4.2 the feel of the old five-litre. That claim isn't far from the truth. Both sixes showed a new willingness to move away from rest and did so with smaller throttle openings.

Use of the throttle in general is more prudent and both engines feel more flexible and responsive. Both rev more freely and although our cars weren't fitted with tachometers it was obvious their engines could be fed more revs than their predecessors. More subtle changes have been wrought in the area of suspension and consequent handling/roadholding. Teflon piston rings, as fitted to the VB V8-engined models, have gone into the front struts of all models to lower friction and improve ride. The rear springs have been retuned to improve balance and load carrying capacity on all models and rear shock absorbers have modified valving to bring them into line with the other suspension modifications. These latter changes, coupled with the revised springing, have increased the tendency of the Commodore to understeer - which, after all, is the more controllable handling characteristic for the average " driver - and, from first impressions, made the steering slightly heavier. The question of the steering being heavier is debatable until we've fully road-tested the car, as the early-build cars we drove all wore the same tyres (Olympic Steelflex radials) and all suffered from a suspect tyre gauge. The gauge used to check the tyres on the pre-release drive cars was later found to be reading too high (by four psi) and we were given the chance to drive the cars with revised tyre pressures (28 psi, as specified by the manufacturer.).

The tyres still scrubbed slightly and the steering is heavier than we remembered it being on the early Commodore. GMH claims it was under pressure to alter the handling of the Commodore subtly because of feedback from owners who felt the car was too responsive. (Can you believe it?)

You can look upon the proposed (at time of going to press) GM corporation cruise control that will be optional in the Commodore as a 'further economy device but in effect it is also a driver aid. The system is built for GM by the AC spark plug people and is actuated by a push button on the left of the steering column. The driver sets the desired cruising speed when he or she reaches that speed and the system compensates for hills and varying road situations when it meets them. It is cancelled by either touching the brake pedal or switching off the ignition. Cruise control is optional on all models fitted with automatic transmission.

More minor changes for the VC range are a new, lighter air conditioning system for the L and SL models and a new radio cassette player which features Dolby noise reduction and automatic reverse - it's standard on the SL/E and optional on other models. 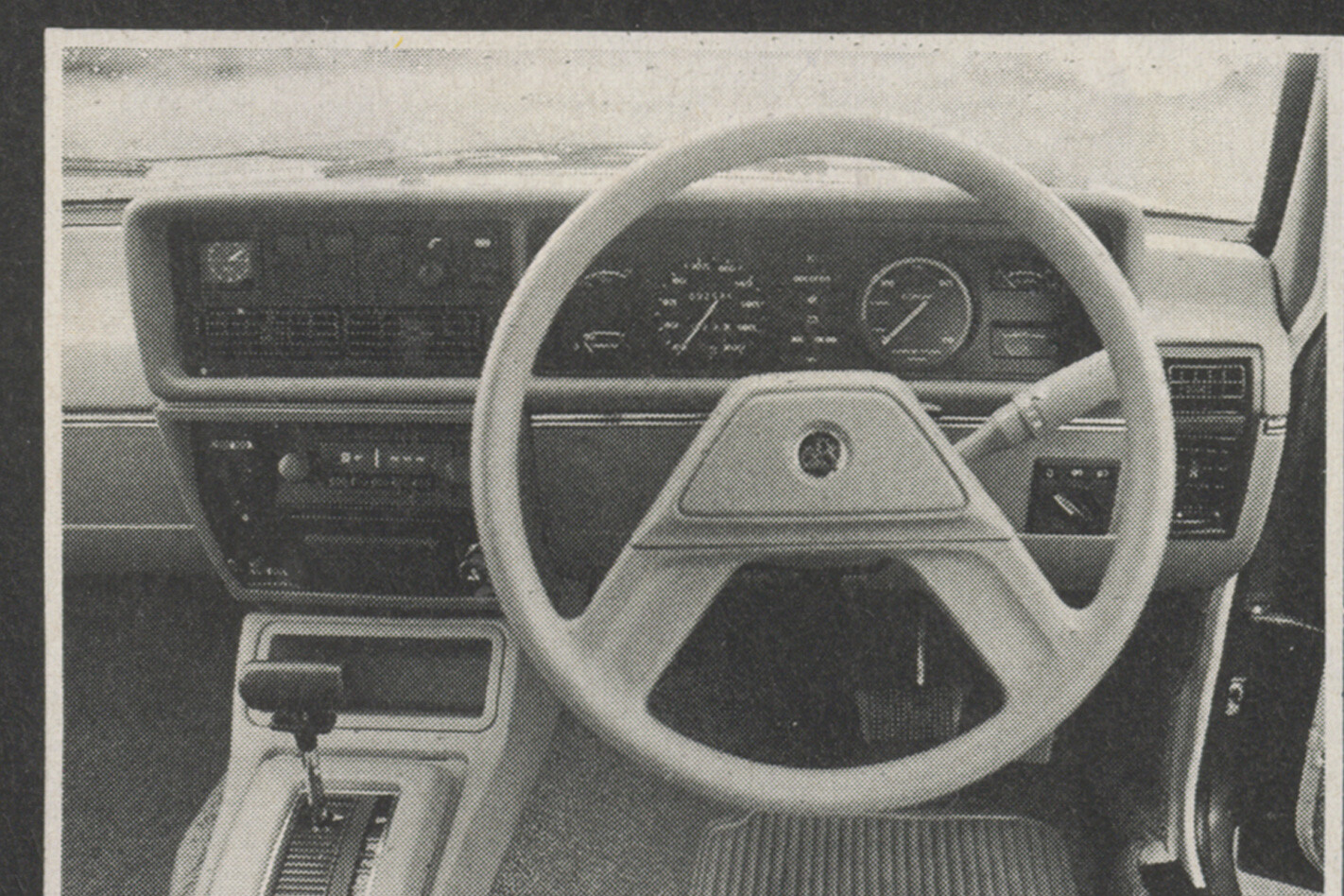 There are changes aplenty on the VC Commodore which make it more than just a facelift but the fascinating aspect of the switch to increased fuel consciousness can be found in a significant, though not immediately obvious, piece of badge work. The fact that the base model VC is a Commodore L might suggest an opening for an even baser model which would carry the name ''Commodore'' only. Whether that car will have a four-cylinder engine is a point worth pondering.