Holden's VR-series Commodore is the 1993 Wheels Car of the Year. By the narrowest margin, it edged out Honda's Accord to claim the 30th anniversary COTY award. The decisive factors: safety and value for money

Holden's VR-series Commodore is the 1993 Wheels Car of the Year.

By the narrowest margin, it edged out Honda's Accord to claim the 30th anniversary COTY award. The 10 judges awarded the Holden five votes and the Honda four, with Toyota's Camry polling the remaining nomination. The decisive factors: safety and value for money.

COTY '93 didn't begin that way, but after four days of intensive analysis, two proving grounds and 800 kilometres, the safety and value criteria emerged as major points of difference between the three finalists. Driver enjoyment played a big part too.

The Camry's third place reflected Toyota's decisions to omit airbags for Australia, to price the new model high while simultaneously hollowing out the standard equipment list. Those decisions cost this solid, silent, high-quality car a much better result. 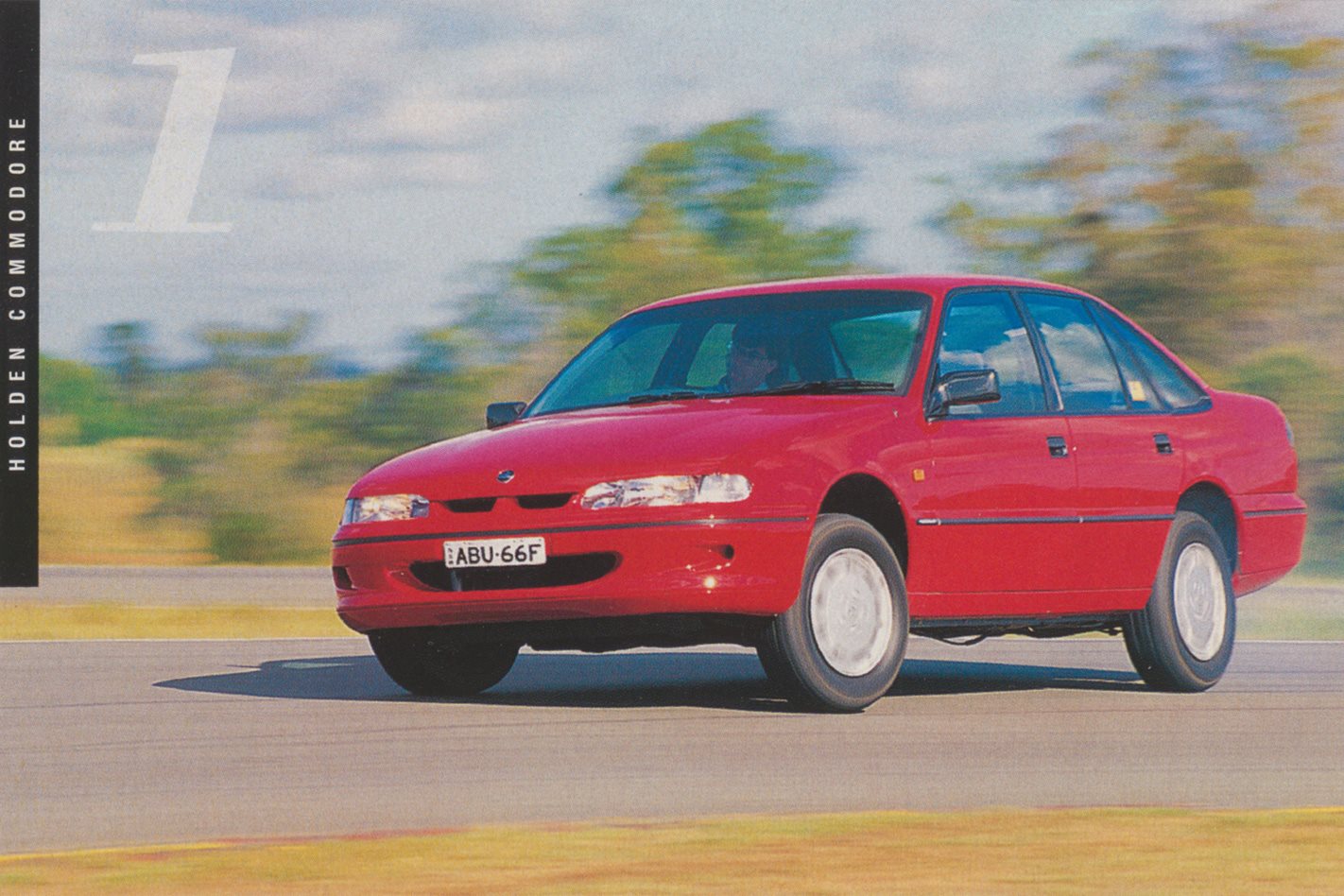 Holden edged out Honda but only after one of the most difficult and complex decisions since 1963's inaugural COTY. The dilemma was many-faceted: affordability stacked up against refinement ... lusty performance measured cheek by jowl against a more leisurely approach … features and space in direct conflict with fanatical approach to detail.

In the end it was the Car of the Year criteria, and the discipline of the judging process, which produced a victory for Holden. A majority of judges felt the Commodore's value, economy, performance and features outpointed the Accord's obvious depth of refinement and attention to the nth degree of detail.

The lack of safety features, even on the options list for the most affordable Accord EXi, proved a significant sticking point. The clincher was Holden's sub-$30,000 model, the Acclaim, which included standard airbag, anti-lock brakes, lap-sash centre rear belt and front seatbelt webbing clamps. The Acclaim gave Holden the edge over Honda's indisputably better finished, more refined, but sedate performing and expensive Accord.

To buy the Commodore Acclaim's safety features in the Accord means spending a minimum $42,800 for the top range VTi-S version. That price buys a 60 litre airbag- fiive litres smaller than the Holden's- and similar front seatbelt webbing clamps, which reduce the likelihood of occupants’ heads striking dash or steering wheel. But no matter what the price, Honda does not provide a three-point seatbelt for the centre rear passenger, a glaring omission in a family car. 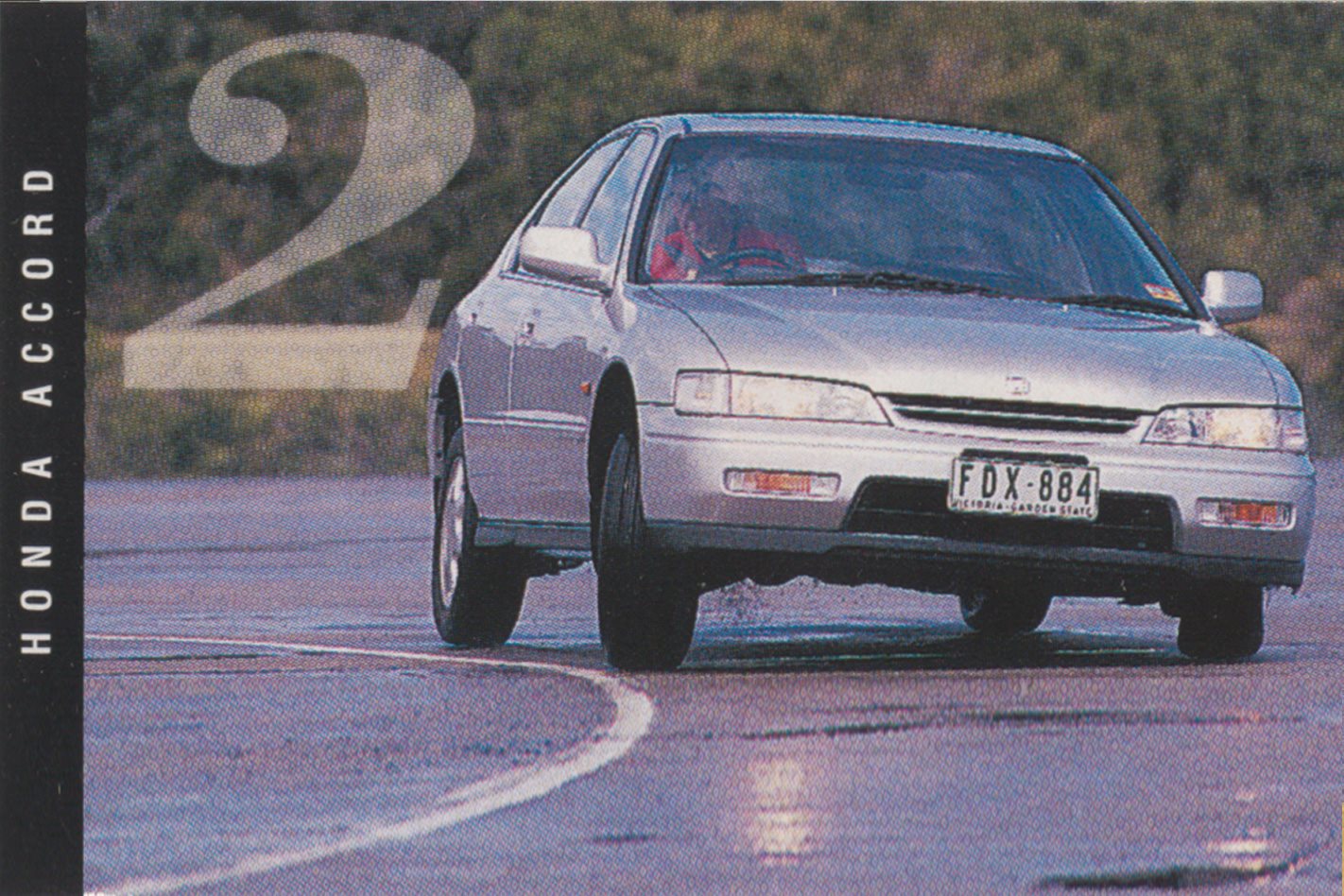 Honda's price tags hurt too, away from the showroom. The cost of parts and service remains an issue in any comparison with the locally built Holden.

While ultimately decisive, safety and value were but two of the major criteria.

The judges were acutely conscious they were voting for the cake and not just the safety and value icing.

Jingoism had no place either. Covering deficiencies with the national flag serves the buyer, and the COTY award, badly.

The Commodore's narrow margin of victory reflects both its strength and its flaws. It does not have the peerless paint and panel finish of a top-ranking Japanese import. Interior plastics finish does not measure up to world's best practice either, there is still some coarseness about the engine and the suspension lacks BMW-style precision. 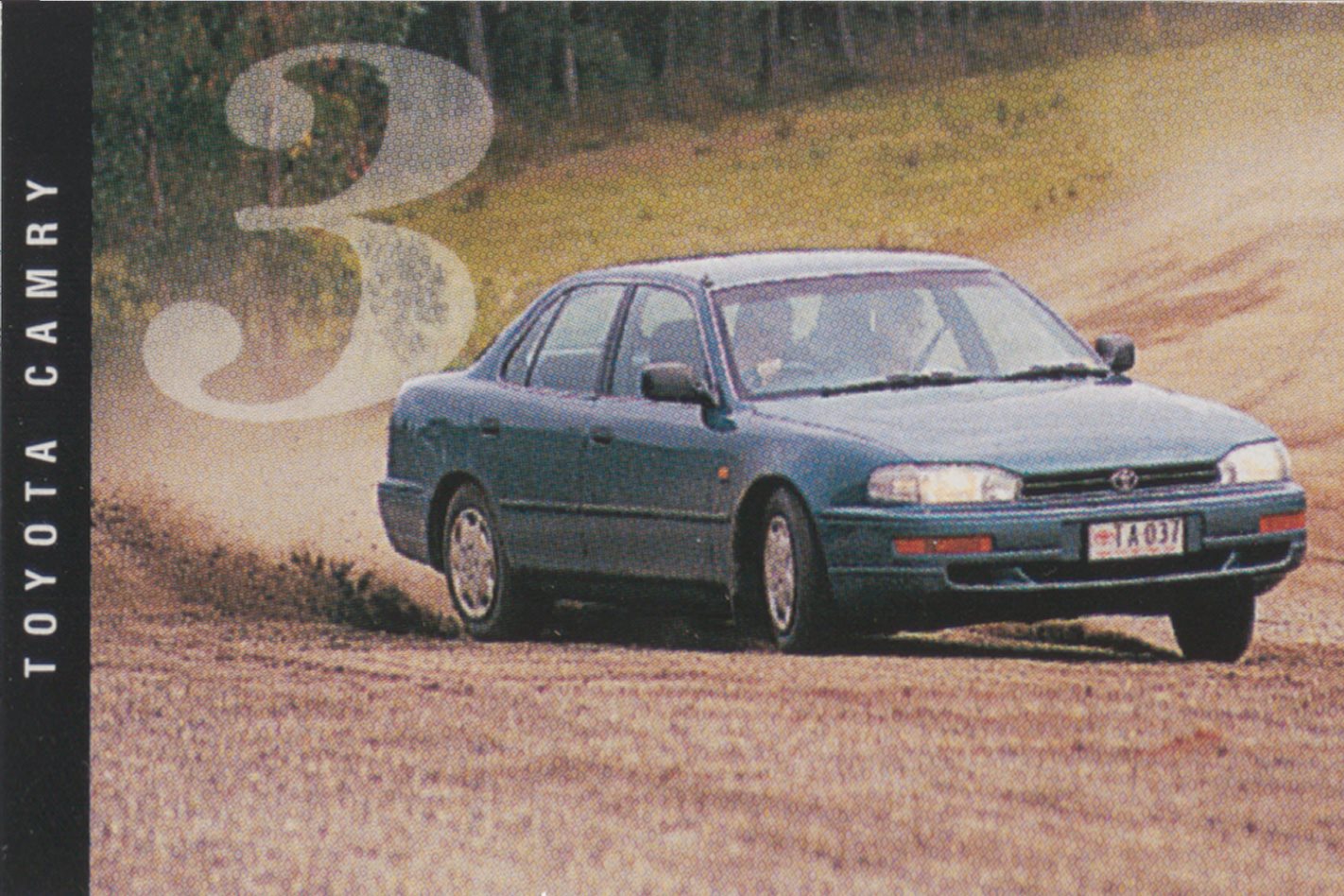 But those blemishes are largely cosmetic and do not reflect the underlying quality, durability and integrity of the package.

Guest judge Evan Green summed it up best when he likened the Commodore to a bargain priced suit, which was well-cut and made of good-quality cloth, but whose buttons did not exactly match.

As a mass-market package the Commodore delivers an unbeatable combination of punchy performance, surprisingly good economy, space, ride and handling, safety, durability and comfort - built to a price that beggars the imported competition.

In the words of European editor Peter Robinson: "The Commodores are honest, no-bullshit Aussie cars, full five seaters that can't be beaten on any size or performance-to-dollar relationship anywhere."

Having said that, Honda came so close to victory. If not for the super-yen it may have edged in front. Yet price aside, it, too, has flaws. 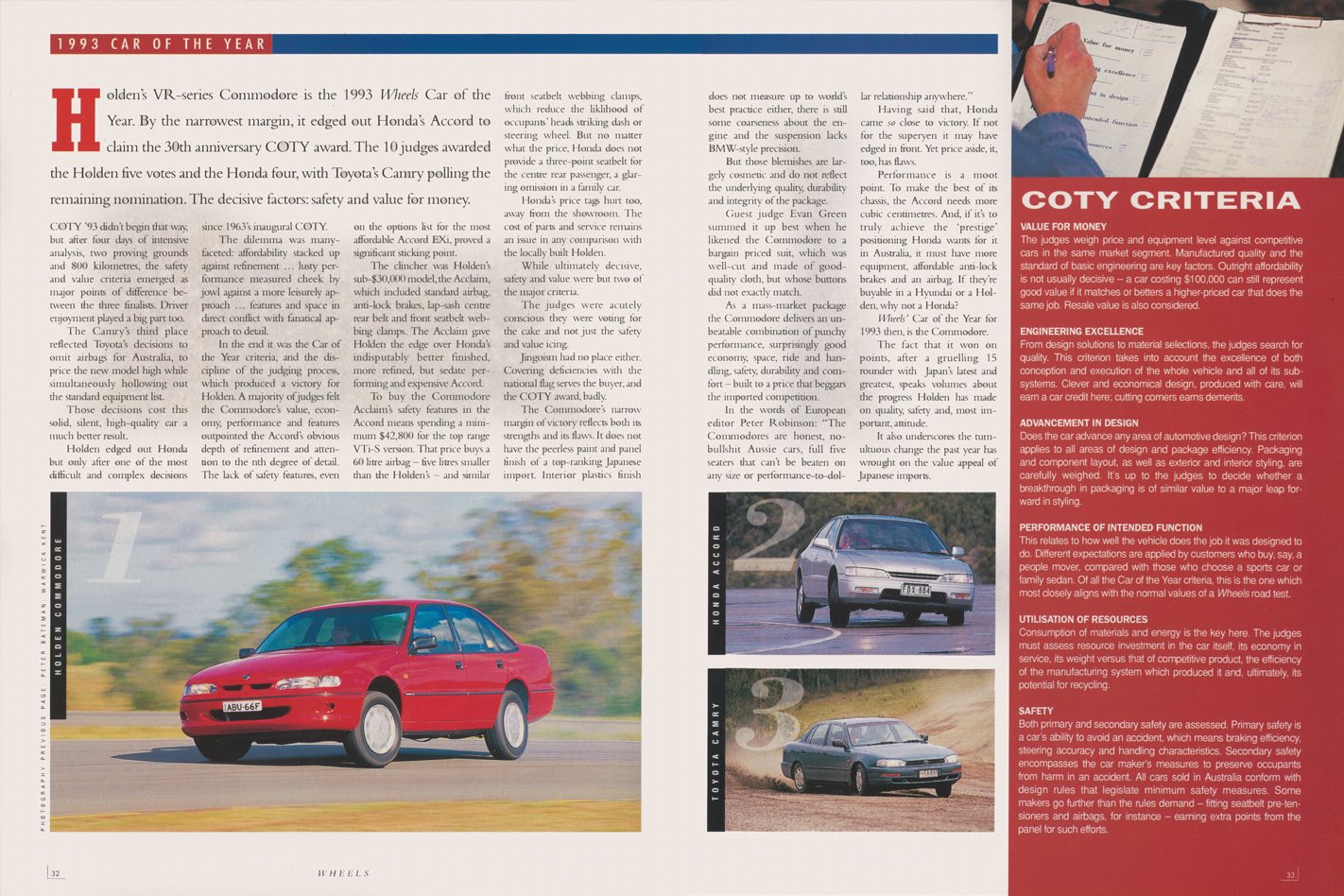 Performance is a moot point. To make the best of its chassis, the Accord needs more cubic centimetres. And, if it's to truly achieve the 'prestige' positioning Honda wants for it in Australia, it must have more equipment, affordable anti-lock brakes and an airbag. If they're buyable in a Hyundai or a Holden, why not a Honda?

Wheels' Car of the Year for 1993 then, is the Commodore. The fact that it won on points, after a gruelling 15 rounder with Japan's latest and greatest, speaks volumes about the progress Holden has made on quality, safety and, most important, attitude.

It also underscores the tumultuous change the past year has wrought on the value appeal of Japanese imports.

Launched in August 1993, the VR Commodore is a development of the VN/VP/VP Series II line which began in 1988. Every external panel, save for doors and roof, is new. The VR's footprint is different, too, with a wider track. To accommodate other front suspension geometry alterations the front strut towers are also different. 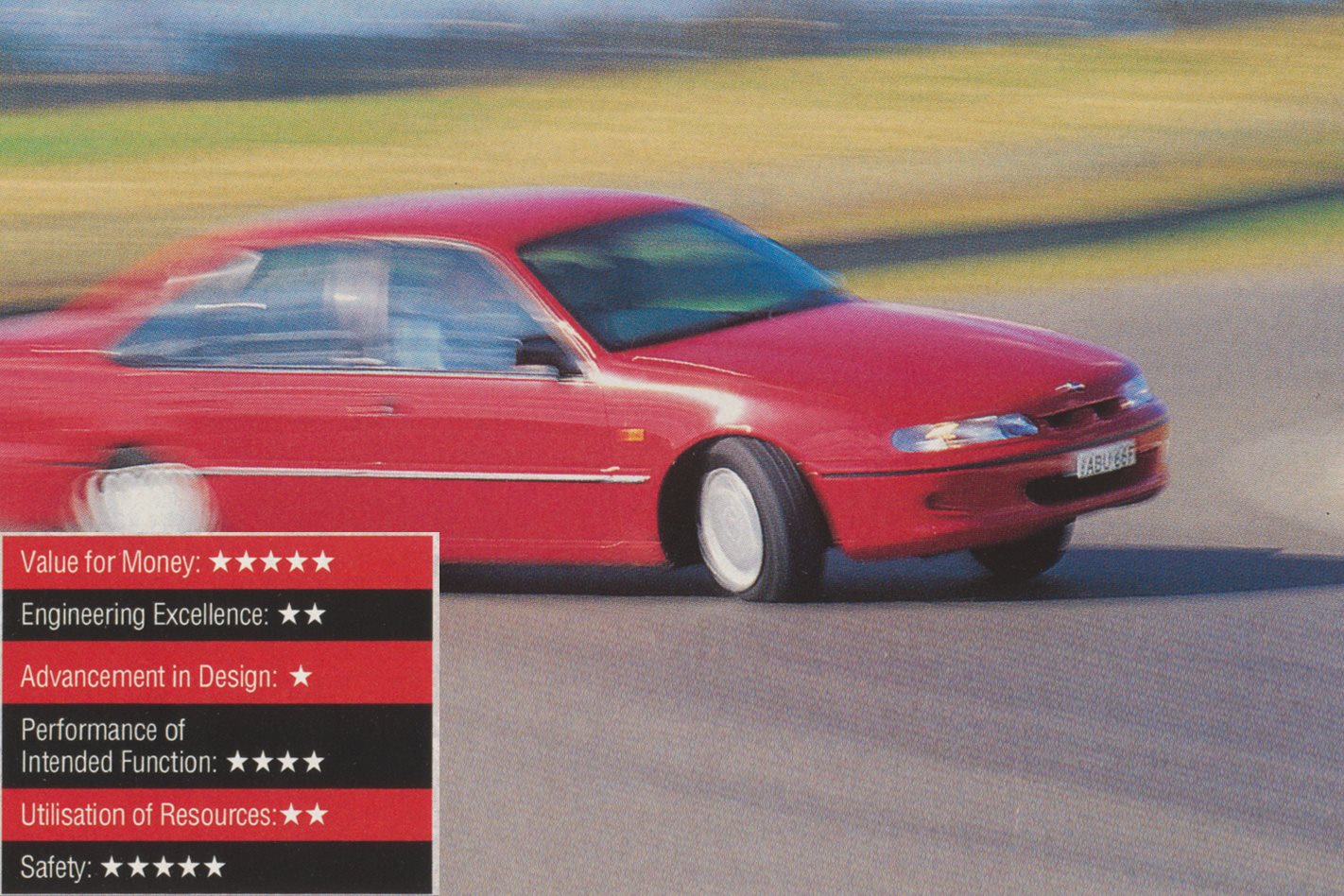 The fuel efficiency, smoothness and quietness of the basic 3.8 litre V6 is further improved by raised compression ratio and other detail changes, mainly to valve gear. Independent rear suspension is standard on more models than ever before; ABS ditto.

Driver's side airbag is a first for the local industry, standard on Calais and the new Acclaim model which slots between Executive and Berlina. It's a $990 option on all other models.

Holden's VR Commodore is the car which brings world-class safety to the Australian mass market. Every bit as significant is the price at which Holden delivers the package. The biggest selling Commodore models - Executive and Acclaim - aren't just affordable, they're cheap.

Safety and value were the the car's obvious strong points and buyers didn't need very much persuading. During the first 10 months of 1993 Commodore sedans and wagons had a 14.6 per cent share of the total passenger vehicle market. But in October - the final month of that period and the third month of VR sales - the big Holden won 17.8 percent of the passenger vehicle total. It spells the end of the hoary motor industry maxim that safety doesn't sell.

A driver's side airbag is the centrepiece of the system. It's no tacked-on afterthought either. The large capacity bag's inflation characteristics and impact sensors were specially tuned for duty in the Commodore. The bag will only go bang at crash speeds above those at which the seatbelt alone can protect the driver.

Centrepiece it may be, but the airbag is only one item on the VR's safety inventory. Front seatbelt webbing clamps and the lap-sash belt provided for passengers in the centre rear seat are still relatively rare features. The first reduces seatbelt webbing stretch in a head-on impact, lessening the chance of front seat occupants head-butting the dash or steering wheel. The second cuts the risk of spinal injuries, often suffered by lap-only belt wearers in serious crashes. Falcon beat Commodore with clamps and centre rear lap-sash belt, when the EB2 was launched. 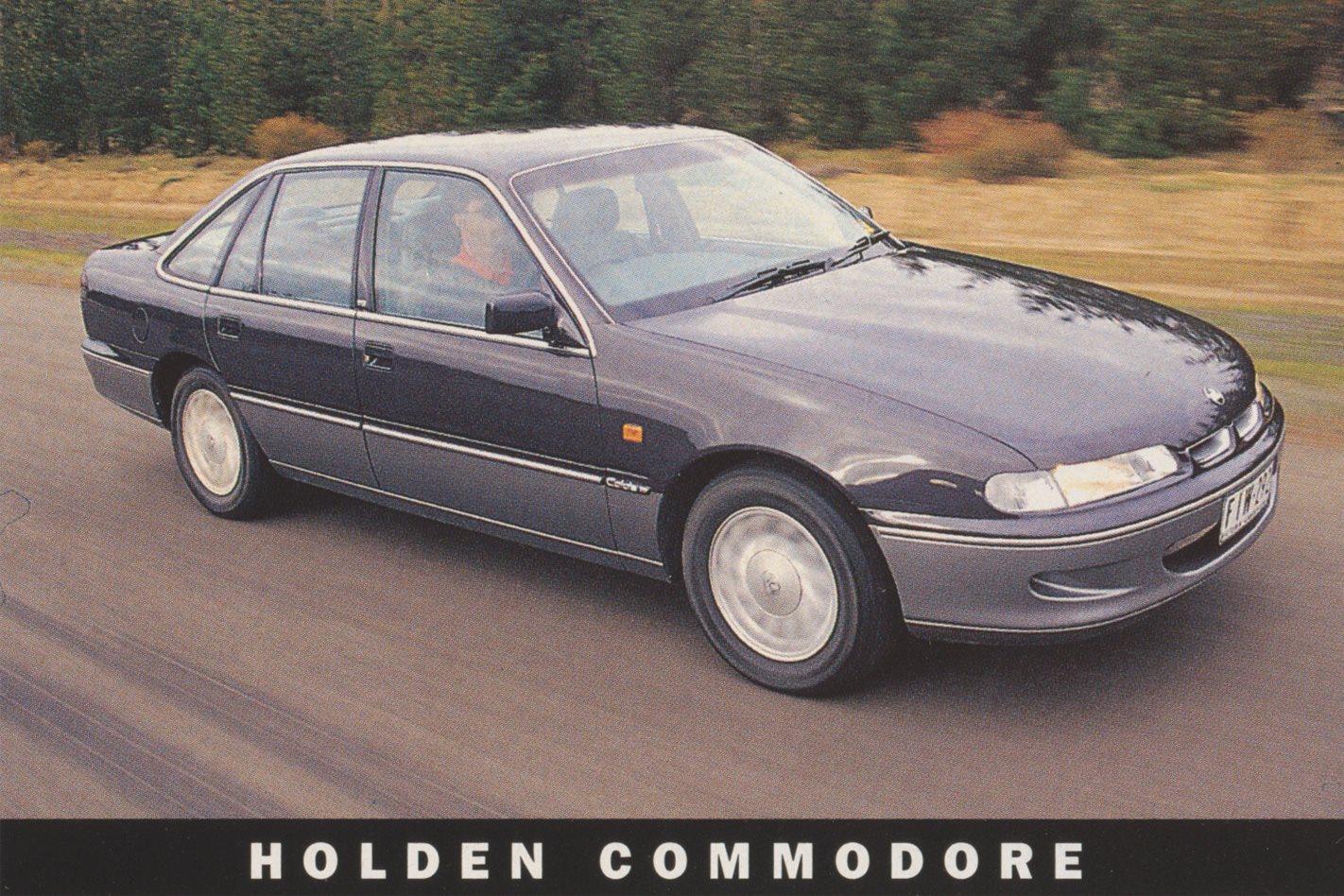 These are excellent safety supplements, but neither has the lifesaving potential of an airbag. Commodore's safety doesn't cost the earth. The outstanding value for money model is the Acclaim, which constitutes around 15 per cent of Commodore sales. Launched at $29,183, and including airbag, IRS, anti-lock brakes and automatic transmission as standard equipment, it was the VR which most took our fancy. The price had risen $497 by the time of the COTY program late in the year.

It's still very good value. The $4000 cheaper Executive has a much more spartan specification but it, too, represents great buying. Ascending through the range, the value appeal begins to fade a little; Berlina is not bad at the price and the Calais is OK, too, for the dollars asked.

The fuel efficiency of the V6 models - the vast majority of VRs, in other words - is outstanding given the car's size and carrying capacity. The Department of Primary Industries and Energy's Fuel

Consumption Guide 1993-94 shows an advantage of less than five per cent to Commodore over Falcon on both the City and Highway cycles, but the true difference is much greater. Back-to-hack road testing of Executive, Acclaim and Falcon equivalents has shown the Holden consumes 10-15 per cent less fuel. Open road figures below 10.0 L/100 km are easy to achieve in V6 Commodores. 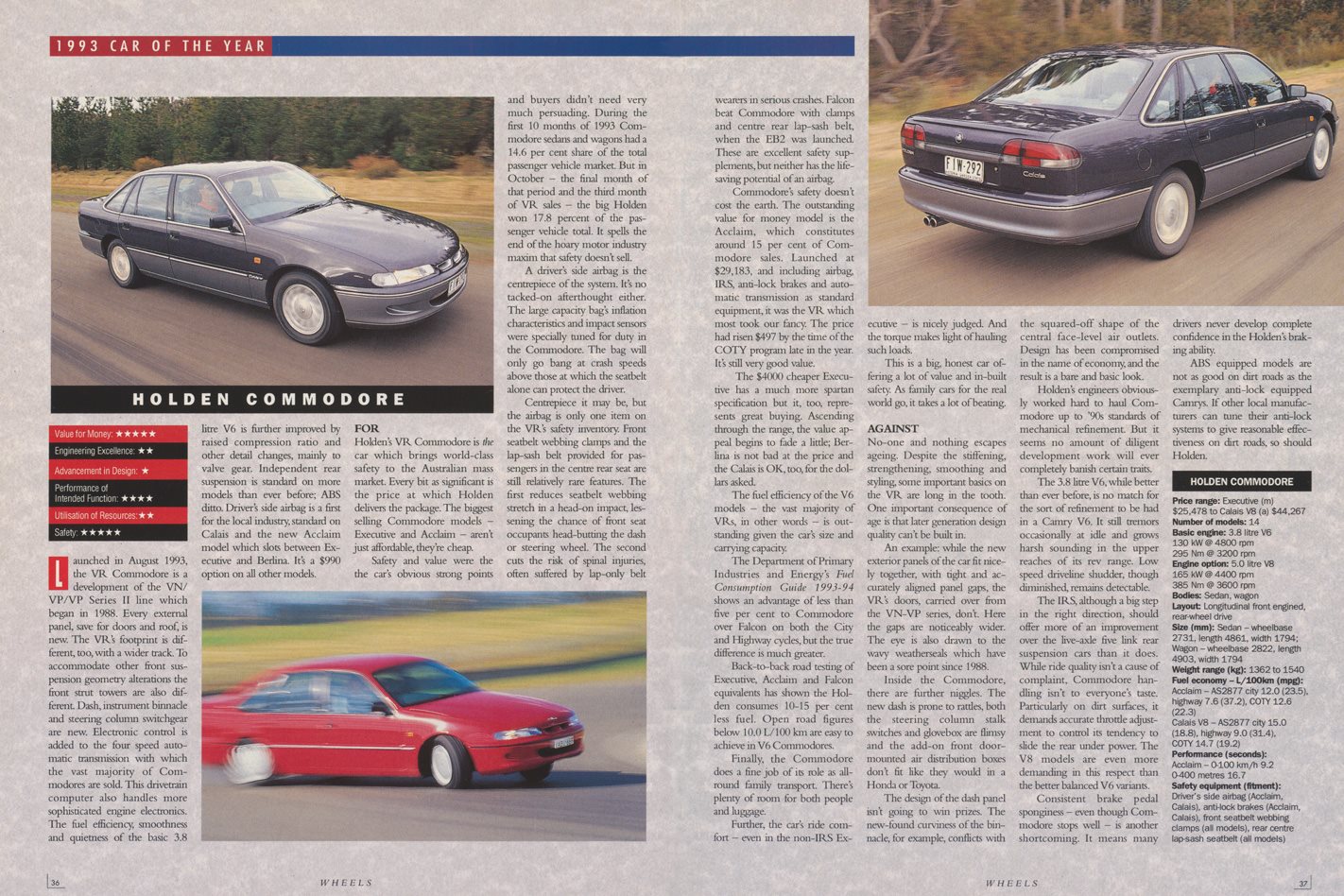 Finally, the Commodore does a fine job of its role as all-round family transport. There's plenty of room for both people and luggage. Further, the car's ride comfort - even in the non-IRS Executive - is nicely judged. And the torque makes light of hauling such loads.

This is a big, honest car offering a lot of value and in-built safety. As family cars for the real world go, it takes a lot of beating.

No-one and nothing escapes ageing. Despite the stiffening, strengthening, smoothing and styling, some important basics on the VR are long in the tooth.

One important consequence of age is that later generation design quality can't be built in. An example: while the new exterior panels of the car fit nicely together, with tight and accurately aligned panel gaps, the VR's doors, carried over from the VN-VP series, don't. Here the gaps are noticeably wider. The eye is also drawn to the wavy weather seals which have been a sore point since 1988.

Inside the Commodore, there are further niggles. The new dash is prone to rattles, both the steering column stalk switches and glovebox are flimsy and the add-on front door-mounted air distribution boxes don't fit like they would in a Honda or Toyota. 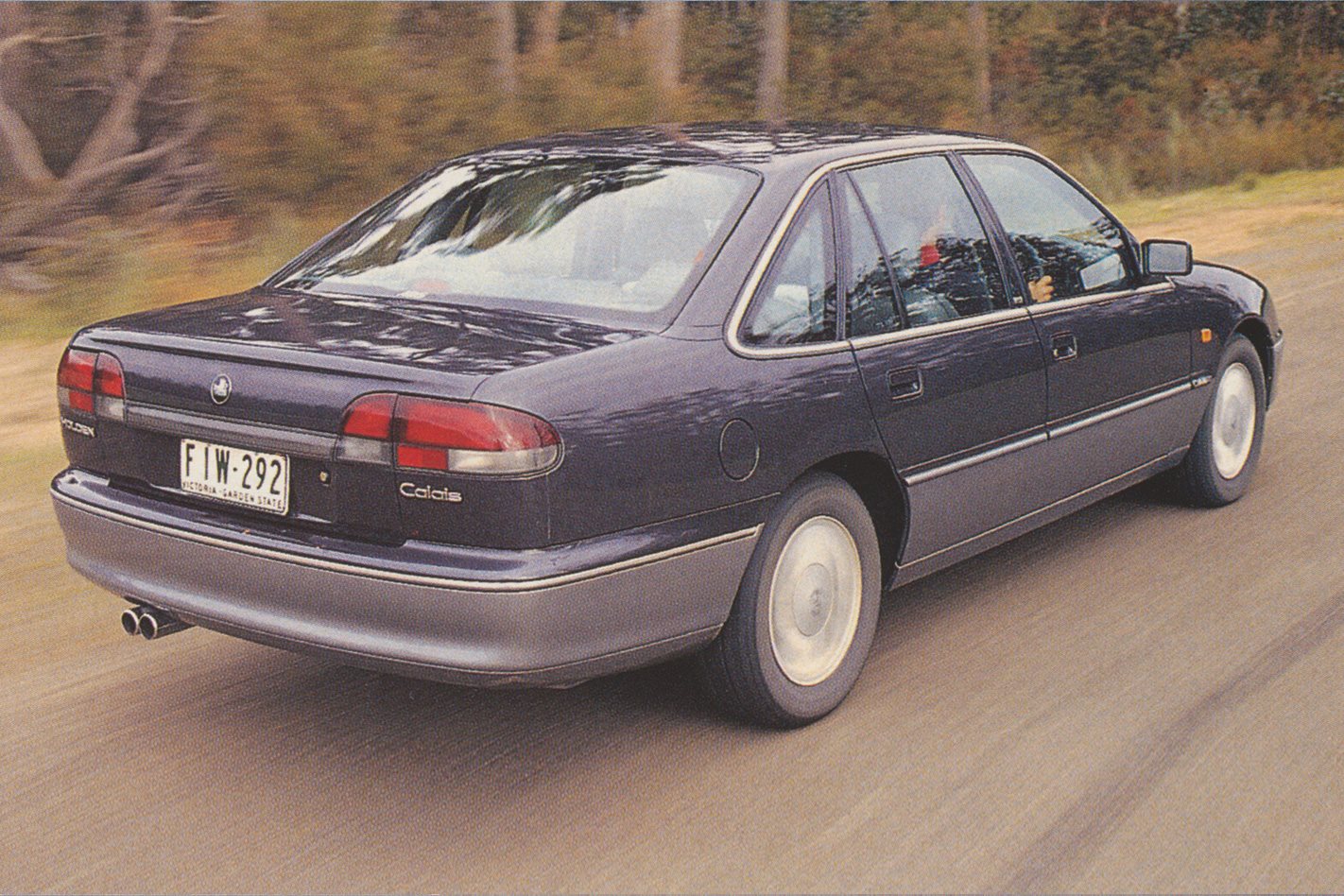 The design of the dash panel isn't going to win prizes. The new-found curviness of the binnacle, for example, conflicts with the squared-off shape of the central face-level air outlets. Design has been compromised in the name of economy, and the result is a bare and basic look.

Holden's engineers obviously worked hard to haul Commodore up to '90s standards of mechanical refinement. But it seems no amount of diligent development work will ever completely banish certain traits. The 3.8-litre V6, while better than ever before, is no match for the sort of refinement to be had in a Carnry V6. It still tremors occasionally at idle and grows harsh sounding in the upper reaches of its rev range. Low speed driveline shudder, though diminished, remains detectable.

The IRS, although a big step in the right direction, should offer more of an improvement over the live-axle five link rear suspension cars than it does. While ride quality isn't a cause of complaint, Commodore handling isn't to everyone's taste. Particularly on dirt surfaces, it demands accurate throttle adjustment to control its tendency to slide the rear under power. The V8 models are even more demanding in this respect than the better balanced V6 variants.

Consistent brake pedal sponginess - even though Commodore stops well - is another shortcoming. It means many drivers never develop complete confidence in the Holden's braking ability. ABS equipped models are not as good on dirt roads as the exemplary anti-lock equipped Carnrys. If other local manufacturers can tune their anti-lock systems to give reasonable effectiveness on dirt roads, so should Holden.