Multiple V8 Supercars and Australian Touring Car Championship holder Mark Skaife was at Sydney Motorsport Park recently for the launch of the 2017 Toyota 86 Racing Series, where every car is the same race-spec Toyota 86 GTS, and the only difference is the skill of the driver.

It brings back fond memories for Skaife; in the mid-1980s he raced in a Ford Laser series. His long touring car career started after he was talent-spotted at the Laser series by Nissan-backed ATCC team owner Fred Gibson. 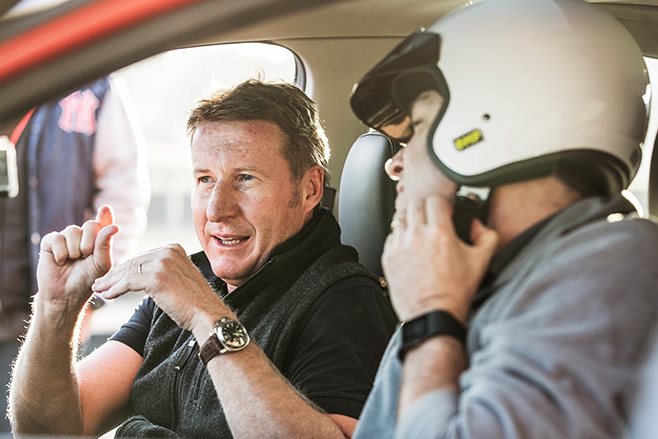 Wheels: What was your first car?
Skaife: My first car was a Holden ute, a WB Holden ute. I kept it for a fair while. In fact, when I moved to Melbourne I used it in Melbourne but it was still all sign-written with our family business on it (Skaife’s father sold tyres). Dad bought it from me and then I had to deal with Nissan on a company car.

W: How about the worst car?
S: I did a comparison with a Mitsubishi Magna, Holden Commodore, a Ford Falcon and a Toyota Avalon, and the Avalon wasn’t very good.

W: Most hated rival?
S: Russell Ingall, by a mile. (Ingall, nick-named “The Enforcer”, drove a Ford Falcon while Skaife drove a Holden Commodore. Their intense rivalry, both on the track and off it, was infamous.)

S: Well, it’s everyone’s favourite track, Bathurst. But if you take the anomaly of the mad track around a mountain, probably Phillip Island after that. It’s just a big, fast European-style circuit. I love this joint too (Sydney Motorsport Park), this is a really good place.

W: First car crash?
S: My first car crash was just before the Laser series. I’d bought a car, started to prepare it, and I crashed it on the road before I got to the race track, so I actually had to get another car. I wasn’t driving it to the track; I was playing when I shouldn’t have been playing.

W: Best time on the road in a road car?
S: I’ve had lots of these, because I did lots of test driving with Holden and HSV, and we did a lot of car comparisons with European cars of the day. Probably the best one was [Mercedes-Benz] E55, BMW M5, [HSV] GTS comparison, which wasn’t just in Australia. We actually went to the Nurburgring and did a European comparison, which was with Wheels, I think. But that was probably the most fun because it was different sorts of cars and having a serious go. 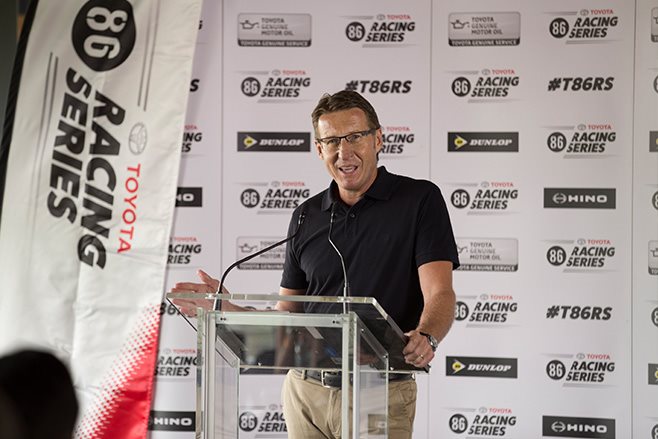 W: Best road trip?
S: I did a fun ride to get my son his 120 hours up (Victorian road rules require learner drivers to rack up 120 hours of driving experience in mixed conditions), so I took my two girls and my wife. My son drove for half the way in a Porsche Cayenne from Melbourne to Sydney and that was the only way that I could get his 120 hours up to meet the timeframe. It was fun. It was a lot of fun. What it did show me was the mad road laws between states, because of those mad, mad laws on L-plates, the differences between Victoria and NSW (The speed limit for learner drivers in Victoria is the posted speed limit, while in NSW it is 80km/h). I could have been on the front page of the Herald Sun if I didn’t go online and look.