Do you have a loved one who is a complete and utter petrol head but have no idea what to get them? We have just the (slightly ridiculous) thing!

Always wanted a Ferrari but can’t quite afford it? Worry no more because now you can buy a Ferrari F40 for less than $12,000. The catch is this new F40 is just an eighth the size of the original car and even more rare. If you want one get in quick because the insanely accurate model, which features both a central and rear traction motor, is limited to just 199 editions. If the F40 doesn’t do it for you, most other Ferrari models are also available for a slightly more reasonable price. 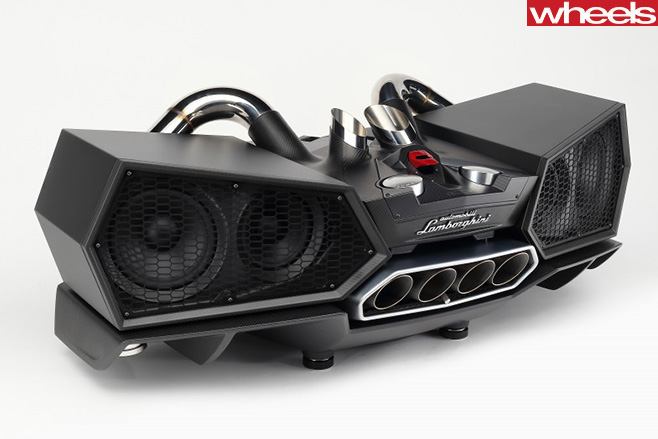 Things that cost as much as this set of speakers: A Mazda MX-5, 2 brand new Mitsubishi Mirage LS’s, or 407 copies of the latest Formula One or Forza video game. That’s right, a collaboration between Lamborghini and iXOOST have resulted in a set of speakers which can be yours for just $30,500. The meticulously crafted speakers were designed to encapsulate the principle design elements of Lamborghini supercars, and indeed are instantly recognisable as a Lambo creation: monocoque chassis in carbon fibre, cooked in an autoclave at 6 bar, an original Lamborghini exhaust system with bass reflex pressure control, a passive shock absorber system to dampen vibrations of the speakers and ceramic supports with variable height. However if that’s too pricey you may prefer to go for a $3183 carbon fibre bag or $2295 fountain pen instead. 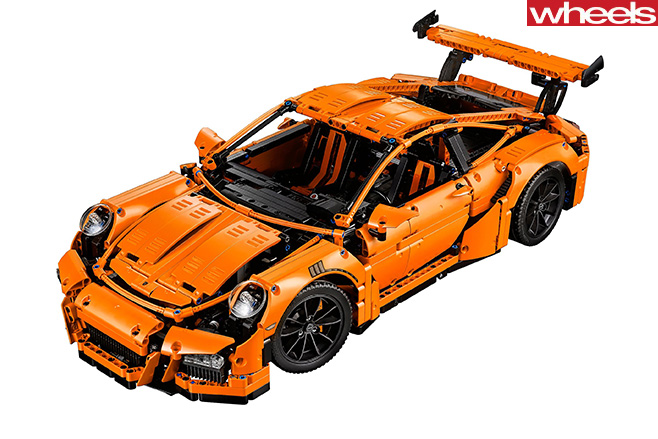 Re-entering the realm of possiblilty and what is sure to be a popular gift are the various sets of car-themed Lego for grown-up kid. Included in the range are the Ford Mustang GT, Chevrolet Corvette Z06, Audi R8 LMS and Porsche 919 hybrid pit lane. With prices ranging from $23 to $120, this is a gift for car fans of all ages. However, for those a little more serious, you can pick up a Lego Technic Porsche 911 GT3 RS for $500. The 1:8 scale model includes a working gearbox, flat 6 engine with moving pistons, functional steering wheel and unique serial code located in the glove box. 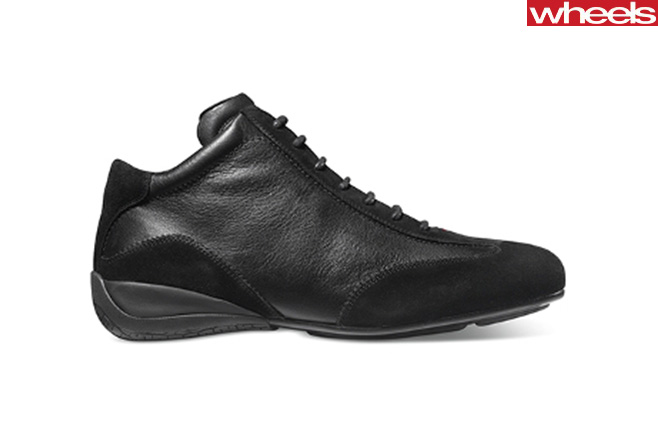 Got a hardcore racing fan that insists on wearing driving shoes to give him or her the optimum level of ‘clutch feel’ or ‘throttle modulation’? Italian brand Piloti have you covered with the $545 Mille driving shoes. The shoe features premium Italian luxury in a refined leather shoe that can do double-duty as formal footwear. The versatile shoe includes what is labelled as a ‘Roll Control’ heel, sure to satisfy even the most enthusiastic of drivers – even when they’re not driving. 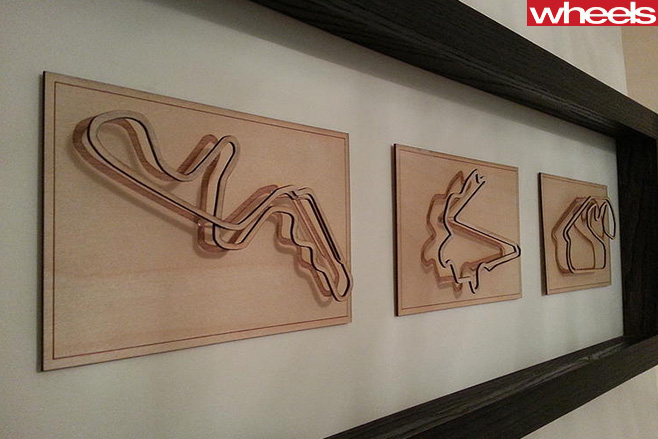 Anyone who sees this and isn’t a petrolhead will be perplexed by the funny shapes hanging on your wall, but to those who are, it is admittedly a cool idea. You can now have British company Graham & Leigh frame a contemporary wooden rendering of literally any racetrack you can think of. You can have 1 or 3 circuit frames made up, with prices ranging from £58 to £175 (AUD $72 to $219).