Porsche expects to build around 230,000 cars in 2016 and happily claims to be the most profitable carmaker in the world. Hard to believe that just 25 years ago the company was in disarray.

Porsche expects to build around 230,000 cars in 2016 and happily claims to be the most profitable carmaker in the world. Hard to believe that just 25 years ago the company was in disarray.

Read former Wheels editor Peter Robinson’s tale about how this story came to be written.

At that time, Porsche was slashing design and engineering staff, and losing so much money people seriously talked about the possibility of bankruptcy or a takeover by either Volkswagen or even Mercedes-Benz. The nadir was 1993 when Porsche shifted a mere 14,000 cars. Commonality between the three-pronged sports car range – 911, 968 and 928 – was virtually non-existent.

The late 1980s plan to concentrate on a Porsche 911 replacement and introduce a sedan was killed, even though tooling for the 989 four-door had already begun. Instead, two years earlier Porsche began development of two new sports cars – the Boxster and a totally new 911. 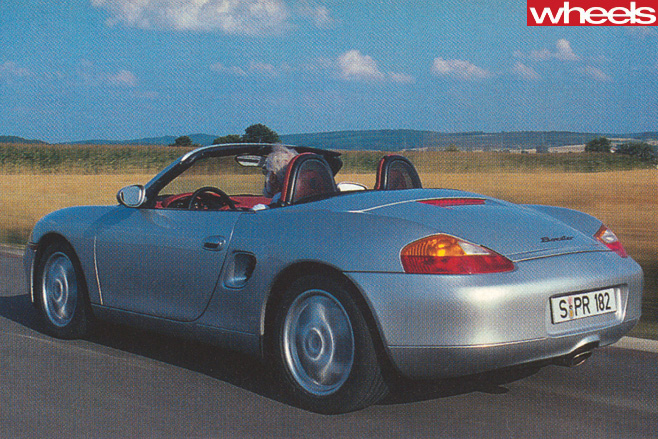 A dazzling concept of the mid-engine roadster was unveiled at the 1993 Detroit show and a month later Porsche officially confirmed that a production version was under development for launch in 1996. To reduce costs the two would share the same basic (watercooled) engine architecture, front-end body structure and suspension, and many interior components.

The whole world wanted to know how the Boxster – Porsche’s first genuinely new model since 1977 – drove. Somehow I managed to convince Porsche’s international press office that I should drive the new model for Wheels and the UK’s Autocar weekly a couple of weeks before the official launch at Castle Lerbach, just outside Cologne, Germany, in the first week of September 1996. 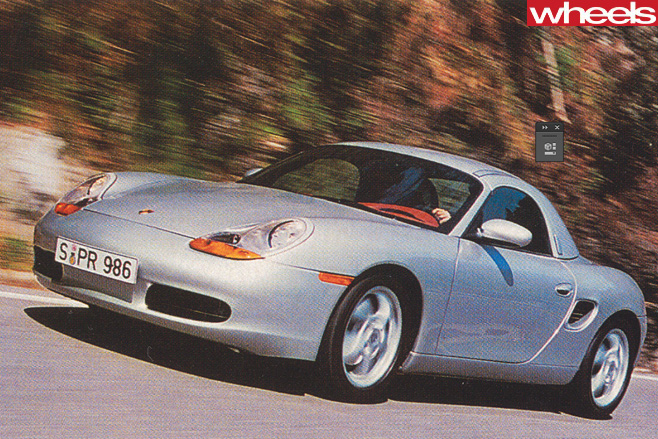 I flew to Stuttgart with Autocar staff photographer Stan Papior on Tuesday, August 20. Early the next morning we collected the Boxster from Weissach and, minder in tow, spent the day on the great roads around Stuttgart and at the old Luftwaffe airbase at Malsheim, just south of Weissach and then home to many gliders, and ideal for photography.

Why the minder? Eighteen months earlier I’d upset Porsche by not telling the PR department that I was bringing a Ferrari F355 to compare with the new 993 Turbo (the Ferrari won). Zuffenhausen wanted to make sure no such comparison was planned for the Boxster.

Instantly in love, the Boxster was everything I had hoped; easily the most satisfying of the recent crop of sports cars – Mercedes SLK, BMW Z3 and Alfa Romeo Spider and GTV. 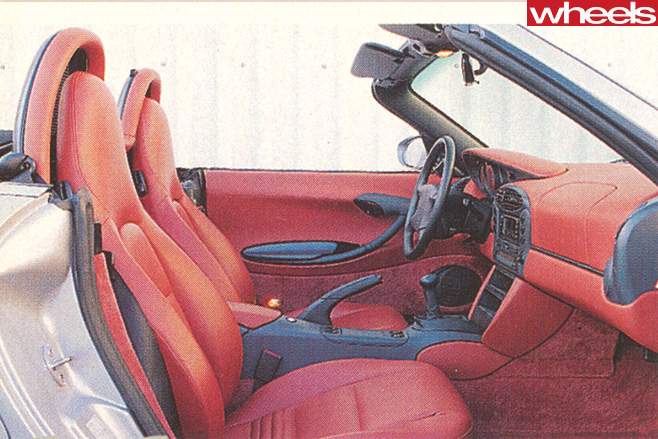 My enthusiasm overflowed. I wrote: “The Boxster, then, is a proper Porsche, a return to the company’s original philosophies, wrapped in an entirely contemporary package. No other roadster offers the same blend of performance, handling, ride and refinement. Yes, it is dynamically superior to the classic 911, if not quite as quick.”

Porsche was overwhelmed by demand (many cars were built by Valmet in Finland to reduce waiting times) and between 1996 and 2003 (when the Cayenne arrived) the Boxster was the company’s best-selling model. In combination with a new manufacturing process, helped by Toyota’s streamlining skills, that cut the time it took to build a car from 120 to 72 hours, the Boxster was semi-affordable. Porsche’s comeback had begun.

The start of a love affair

In November 1997, taking advantage of Porsche’s factory delivery, I collected ‘my’ Boxster in Zuffenhausen. For 18 months and 37, 000km (at an average 10.5L/100km), the little roadster and I were inseparable.

It proved an ideal companion for my then pan-European life as a motoring journalist; impeccable chassis balance, flowing engine and gearbox, glorious induction sound, instant steering response, with the practicality of the two-boot layout. I ran out of new ways to say “what a marvellous car”.

The watercooled engine didn’t suffer any of the problems that later plagued the early 996s. Truth is, in the Boxster I always took the long-cut home. 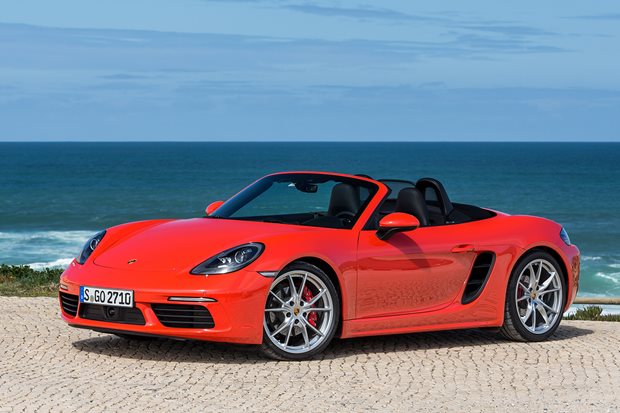 What secrets does Porsche’s iconic drop top hold? Here are ten you haven’t heard before.