A young bloke is trudging through the ochre dust towards us, all on his own, weighed down with gear and eyes hooded by a broad baseball cap, covered in Red Bull sponsorship head to toe. Must be a  fan of Toby Price, the Peter Brock of off-road motorcycle racers, except that even Brocky was never mad, or man, enough to enter an event on both two wheels and four.

Draw a little closer, though, and we realise that this actually is Price, wandering without minders or even an assistant to carry his gear, after a tough couple of days in which he barrel rolled the Geiser Brothers Trophy Truck he’s entered in the four-wheeled section of the Finke Desert Race during practice on Friday.

Yesterday he then ran off the track twice more in the 8km Prologue stage, and still qualified it 18th in his class, before climbing onto his more familiar KTM 500 to not only run fastest in the bike Prologue by a whopping eight seconds, but become the first man ever to run the course in under five minutes, with a 4min58sec lap of astonishing commitment. You’d think he’d at least have someone carrying his bags for him. 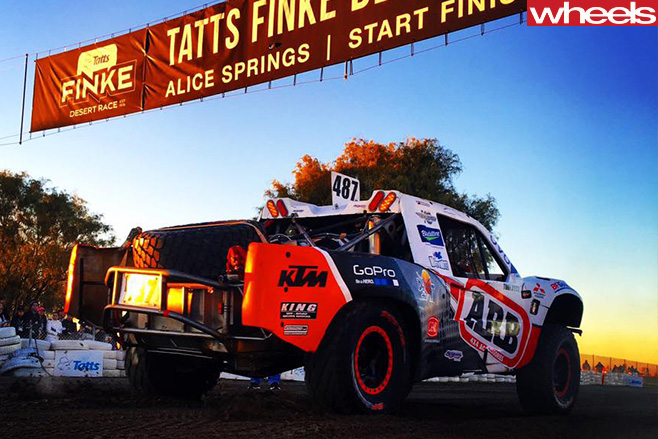 Despite the enormous weight the four-time Finke winner, and current Dakar champ, is placing on himself  by attempting the “iron man double” and contesting both the bike and car divisions, he’s only too happy to stop and chat through our car window.

He seems genuinely unfazed by the prospect of racing his truck to Finke early today, then flying by chopper back to the start line to do it all again on the bike, before doubling up to do it all again tomorrow from Finke back to Alice. That’s 452km of one of the most brutal off-road courses, twice.

“Yeah, the bike went pretty well today, I’ve always wanted to go under five minutes and be faster than the buggies, and I did that, but as for the car, the problem is the rookie behind the wheel,” the 28-year-old chuckles, behind his engaging and seemingly permanent grin.

“So hopefully it just doesn’t piss down rain tonight.” 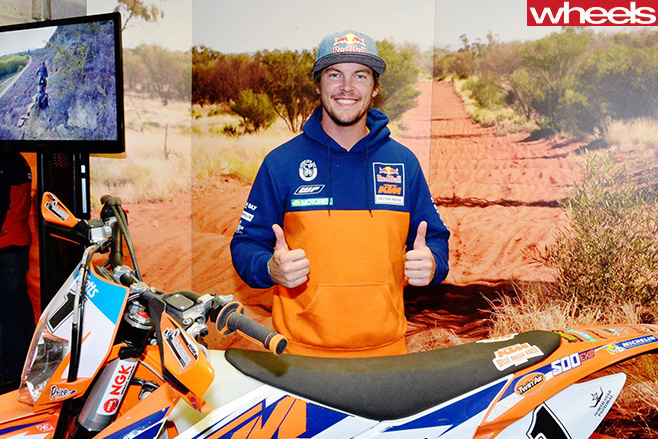 The big shift for Price is getting used to the idea that he can’t instantly shift direction, just by flicking his machine around or leaning on the pegs, the way he does on a bike.

“You can’t use your body weight in a truck, you can’t just lean over to keep it on the road, you’re in it for the ride,” he says.

“It’s different, the lines I take on the bike are very similar to what I do in the truck, so that’s good, but it’s just getting that confidence of what the truck will do and how it can take a turn, without flipping and rolling it, like I did yesterday.”

So, was it a triple roll you managed there?

“I’m not sure, I lost count. I don’t know, it was a good one,” he’s laughing again now, about an accident that would terrify most of us for months.

“They showed me the video afterwards and basically the suspension broke just before this big jump and it was all sagging, and then it just flipped and rolled and did everything. 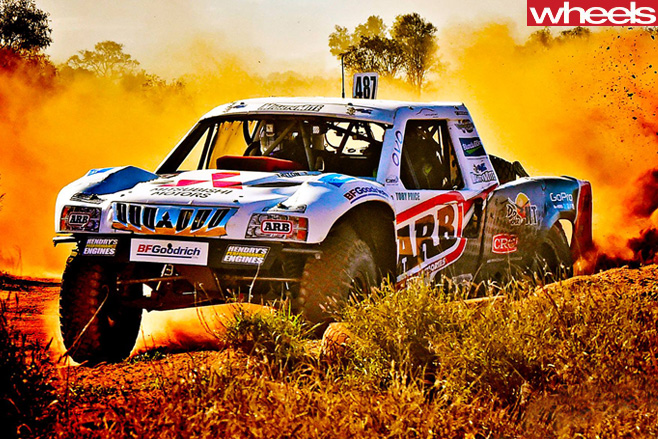 “I wish I could get off a dirt bike like that when I have a crash, I’d be one hell of a happy man. If I’d crashed like that on the bike I’d be sitting in a hospital in Adelaide watching live timing of this race.

“I was happy to climb out of the thing and think, wow, I don’t even have a sore fingernail. I’m happy with that.”

Price might not be the fastest truck racer in the field, but he did manage to beat them all this year anyway, with his bike Prologue time faster than the best four-wheeler’s, a 5min 12sec effort from Jack Rhodes and David Pullino in their Jimco Aussie Special, powered by a turbocharged 3.5-litre Nissan engine.

It was the third time Rhodes has been fastest around the 8km Prologue course, which will give him a clear track for the start of today’s main event (it was also quite a bit faster than the Wheels/Mazda BT-50 entry with Toby Hagon at the wheel recoding a 7min 31sec).

Most eyes, though, will be on young Toby Price, as he attempts the unthinkable. Frankly, you wouldn’t put anything past him. 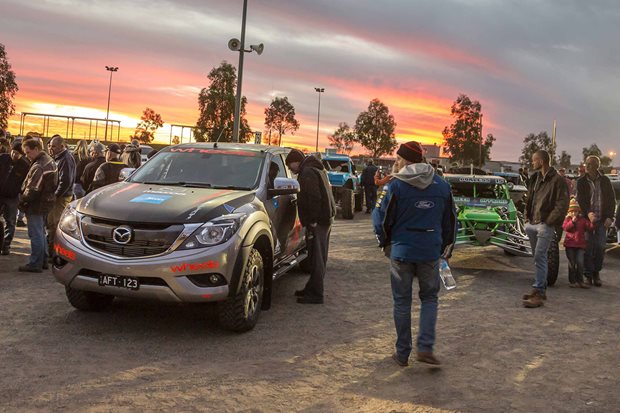 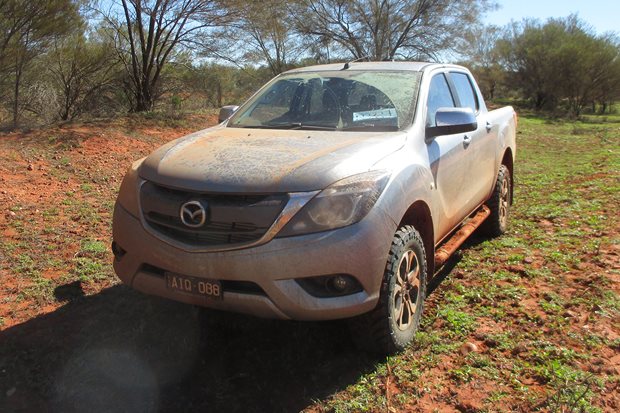 Toby Hagon’s Finke preparations ramp up as his Team Wheels co-driver, Bernie Webb, does a track recce in their Mazda BT-50 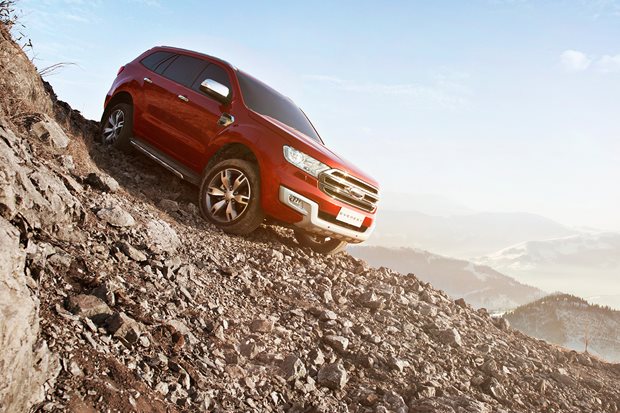