A Holden-powered Corvette, under development by General Motors in Detroit almost 60 years ago, has finally surfaced from the archives to reveal what might have been: an Australian-engined roadster for the world.

Until now, the shock project – code-named XP-85 – has remained top secret, only coming to light when Wheels dipped into the GM archives on a recent visit to Detroit. 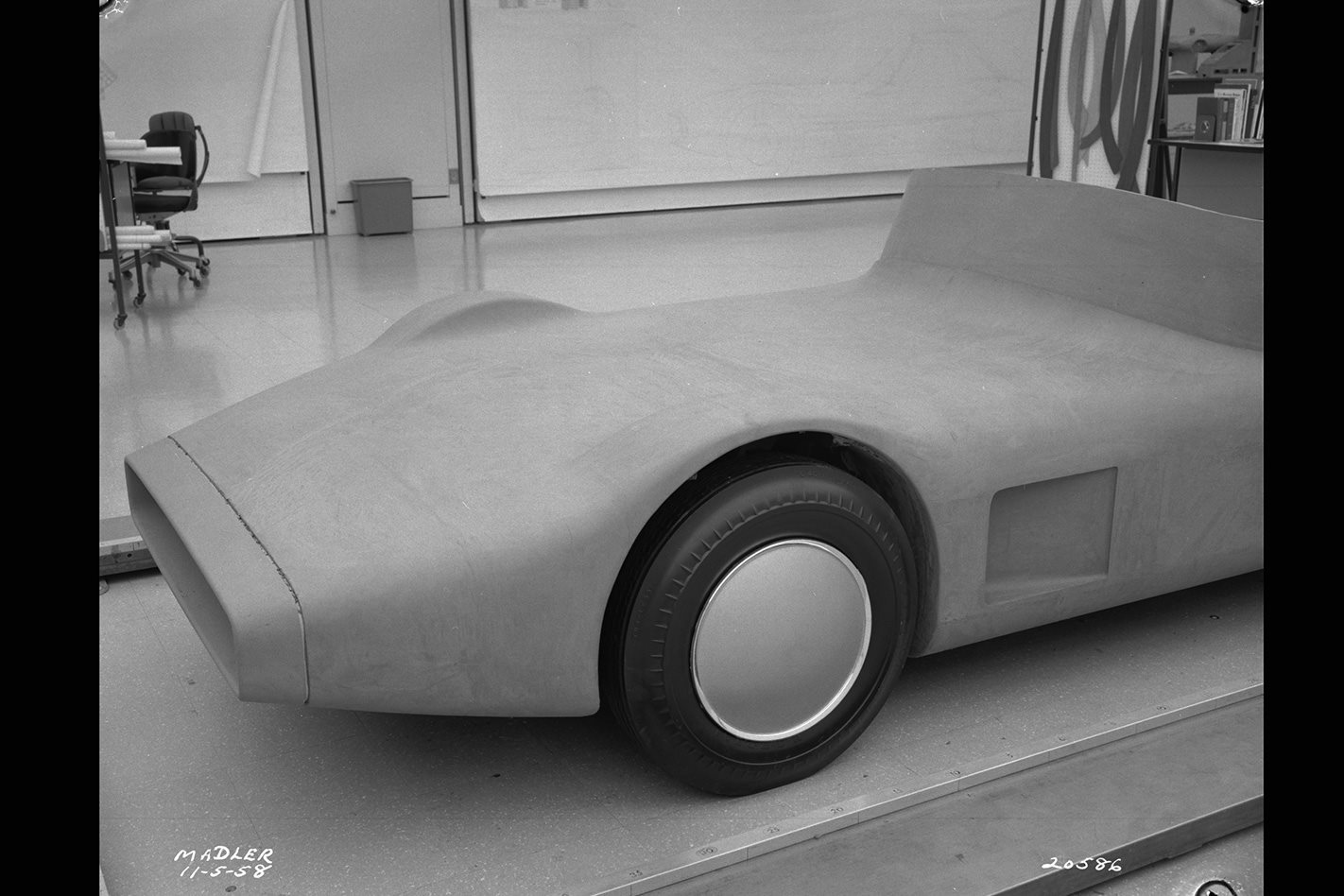 Detail is scant, but the few internal documents and photographs lay bare a two-seat sports car, positioned below the production, V8-only Corvette, most probably aimed at the popular British Austin-Healey 6, Triumph TR3 and, from the photographs, VW’s Karmann Ghia.

The XP-85 (the ‘XP’ stood for Experimental Project) was just one of a number of sports cars being developed by GM during the 1957-58 period. Project XP-87 eventually became the 1963 Corvette Sting Ray (see below). 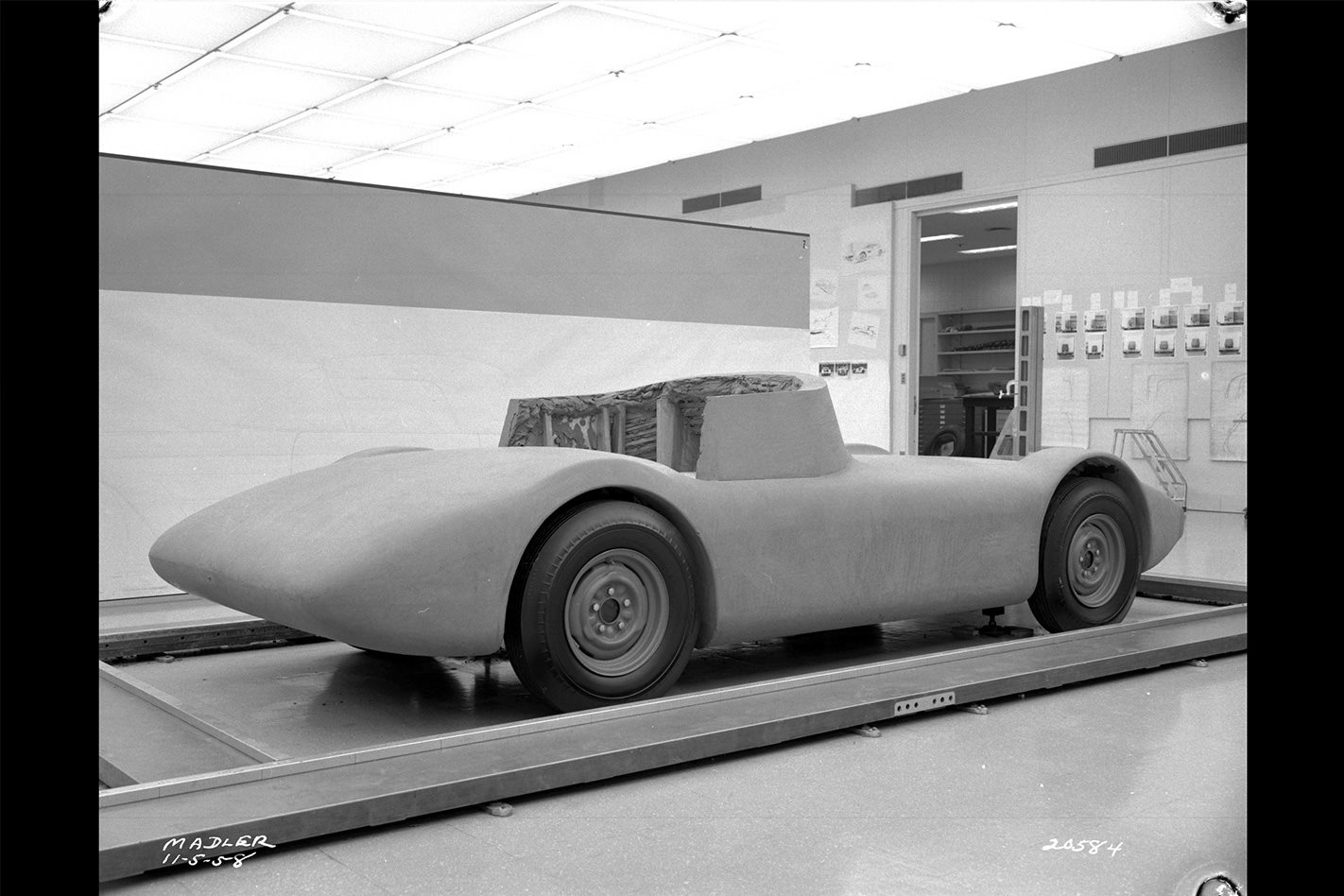 The story of XP-85 begins, as best we can tell, as the subject of a memo from 28 May, 1958 to Bill Mitchell (just months from replacing Harley Earl as VP of Styling), entitled ‘XP-85 Clay Buck’.

“This letter will authorize the fabrication of a development buck for the XP-85 Program. The buck will include platform, floor, wheelhouses, body outline, seating, and wooden mock-ups of engine, suspension, transmission, drive train, etc (some of these mock-ups are available). Fabrication will be accomplished in the Studio using Studio Drawings.” 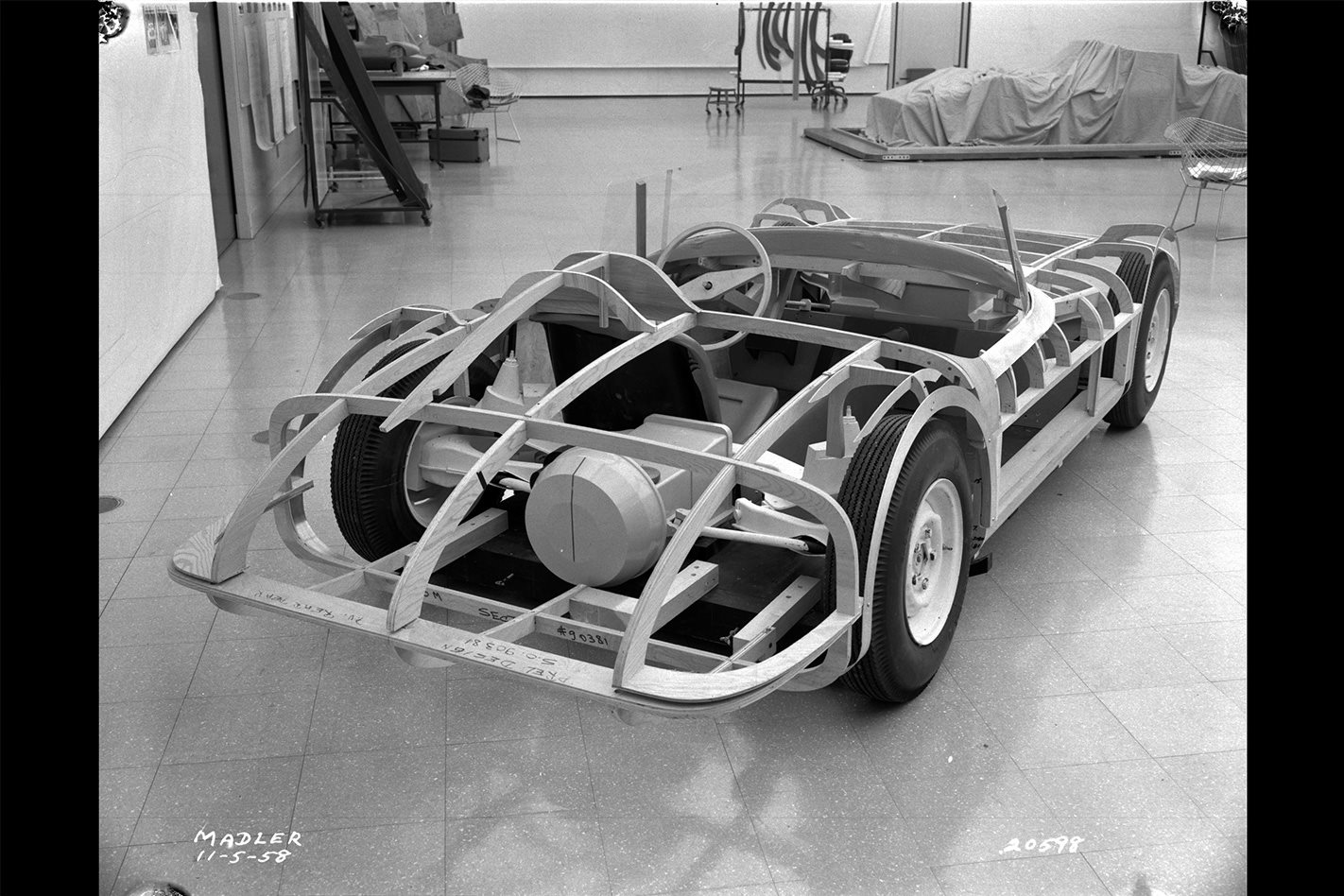 “This letter authorizes the engineering and fabrication of a full size clay-buck for Special Project XP-85. Engineering Drawings are in process and will be released shortly. The buck will be delivered to the Preliminary Design Studio upon completion.”

By early November 1958, the design proposal had progressed sufficiently to be photographed by Neil Madler, one of two GM staff photographers allowed into Styling with a camera. 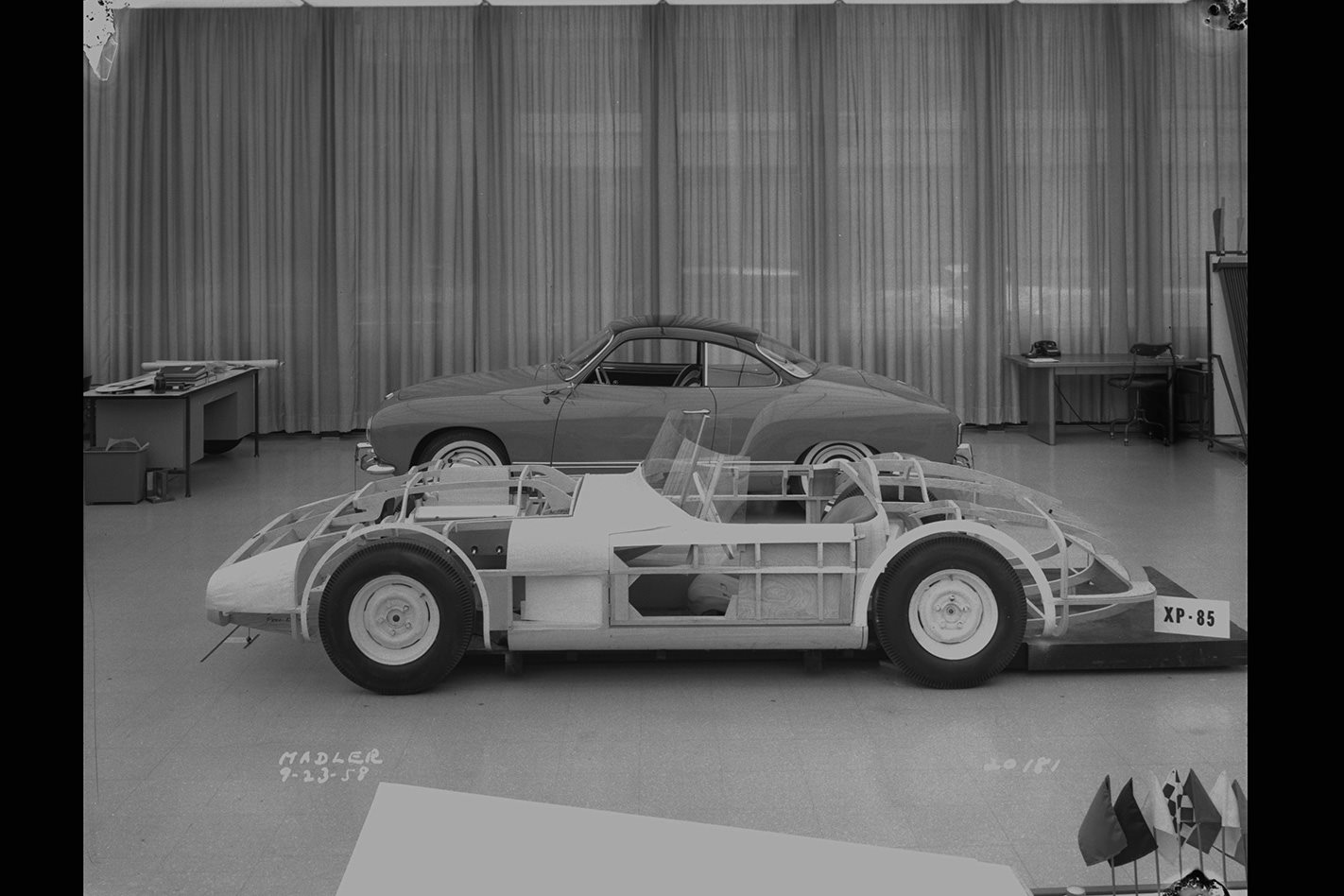 The photographs, taken on November 5, 1958, show a simple design with elongated overhangs, a near-vertical windscreen, extremely low bonnet line and a long wheelbase that should have ensured the Holden engine was positioned behind the front axle line for a balanced weight distribution.

The styling is remarkably clean and straightforward for a GM project of this time and clearly points to Mitchell’s ambitions to go beyond the Earl-era chrome and fins. The photographs also reveal that, as the project developed, a vent behind the front wheelarch was added, probably to aid cooling. 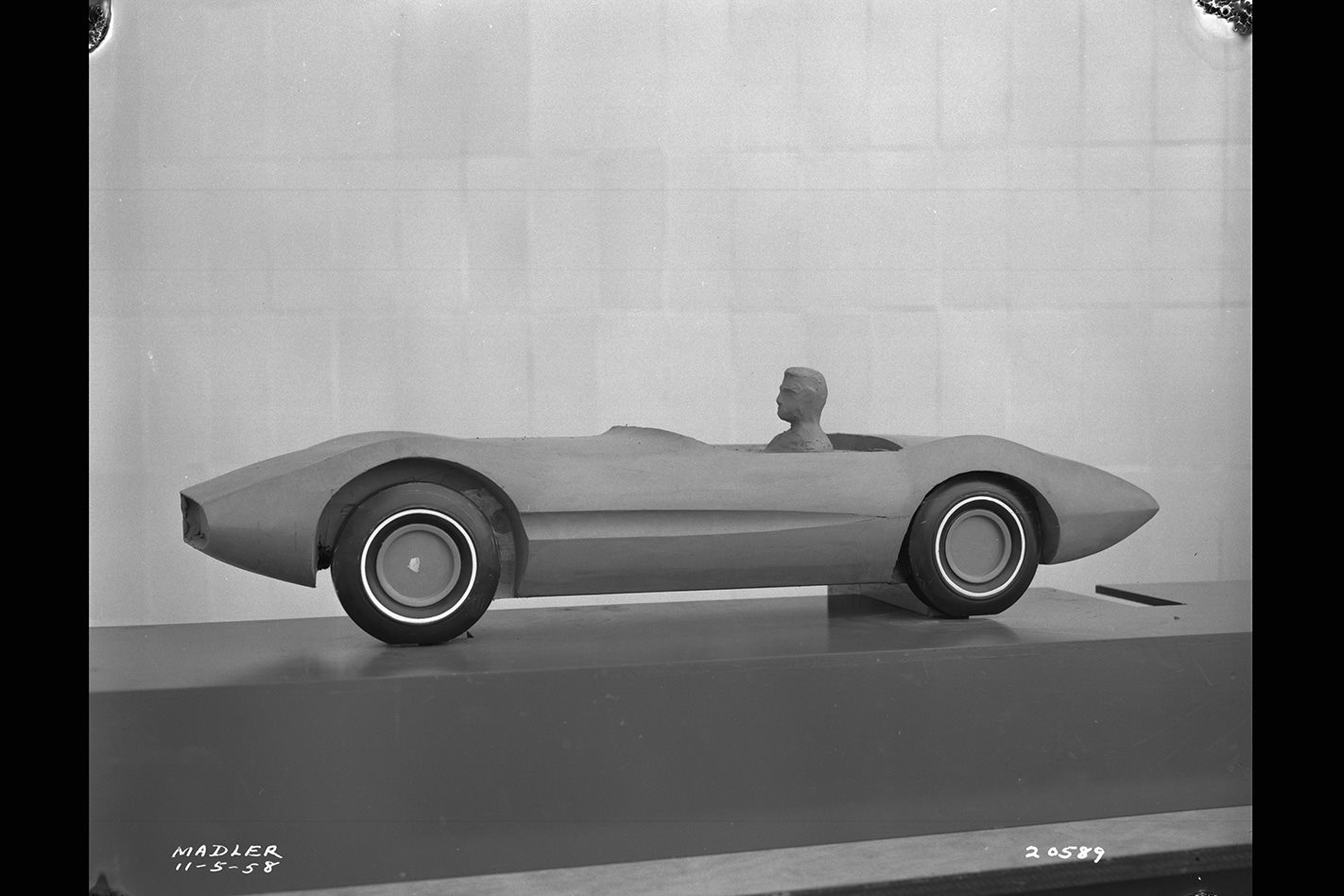 Later, the flanks gained a thin Corvette-like scallop. The buck was built in left-hand drive, so we don’t know if there were plans for a right-hand-drive version, or if the project led to a running prototype.

Nobody alive today could throw any light on the project so Holden’s involvement is unknown, beyond (in theory) providing a grey 2.2-litre in-line six. For the 1958 FC Holden, a new camshaft and higher compression ratio upped the power to a hardly heady 52kW, well below the Healey’s 87kW and TR3’s 71kW, though way more than the VW’s 37kW. 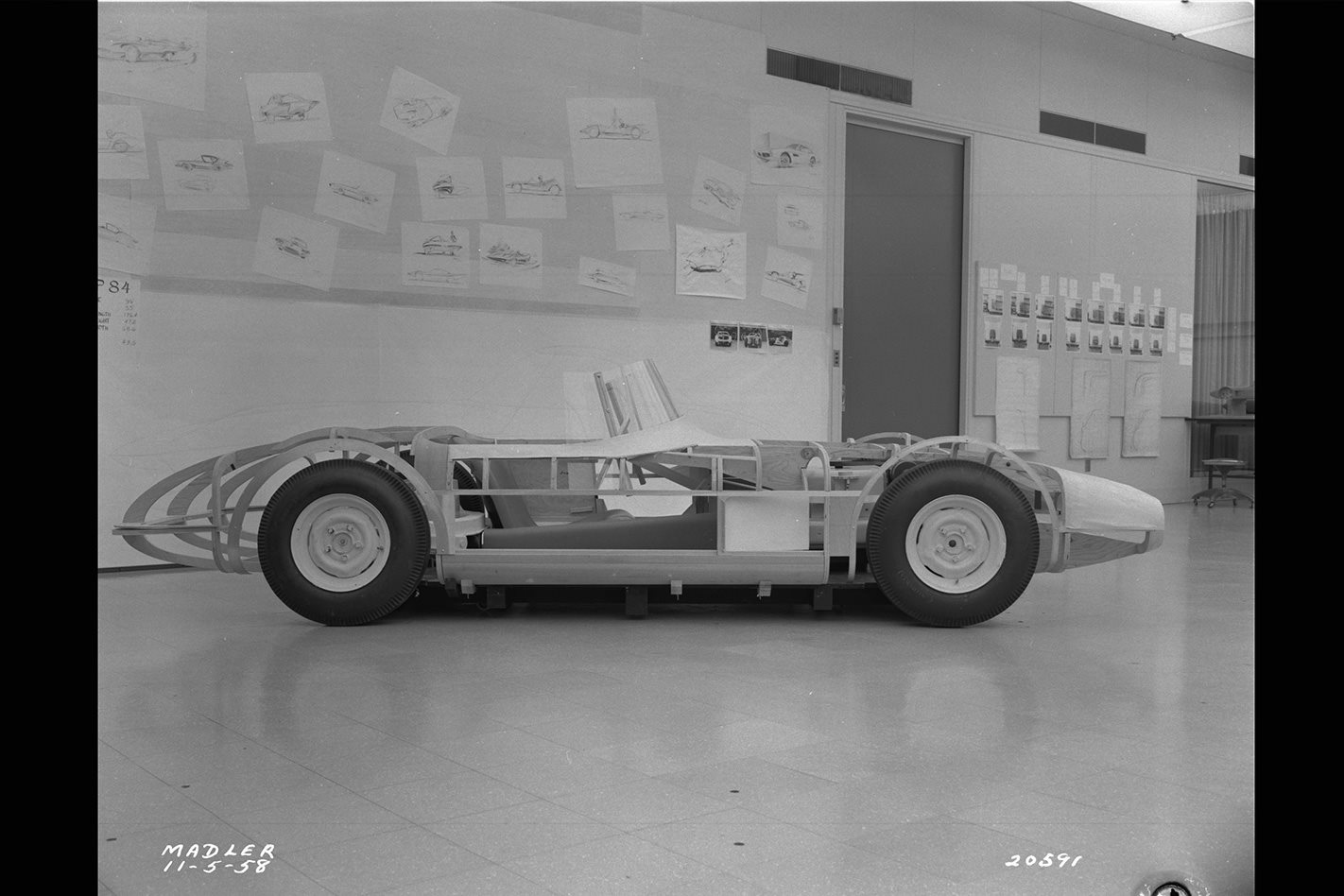 However, GM could have accessed the Phil Irving-designed, Repco cylinder head that lifted power to 67kW.

The GM archivists told Wheels, “The file you examined is likely the only existing documentation. The XP binders are the sole source of documentation on internal projects like this that still exist at GM.”

Guns behind the ’Ray

Chevrolet’s Corvette Sting Ray, perhaps the most dramatically styled car in Chevy history, was created out of XP-87 (above) by a team of designers under the direction of Bill Mitchell. It was inspired by a number of Italian cars Mitchell liked at the 1957 Turin show. 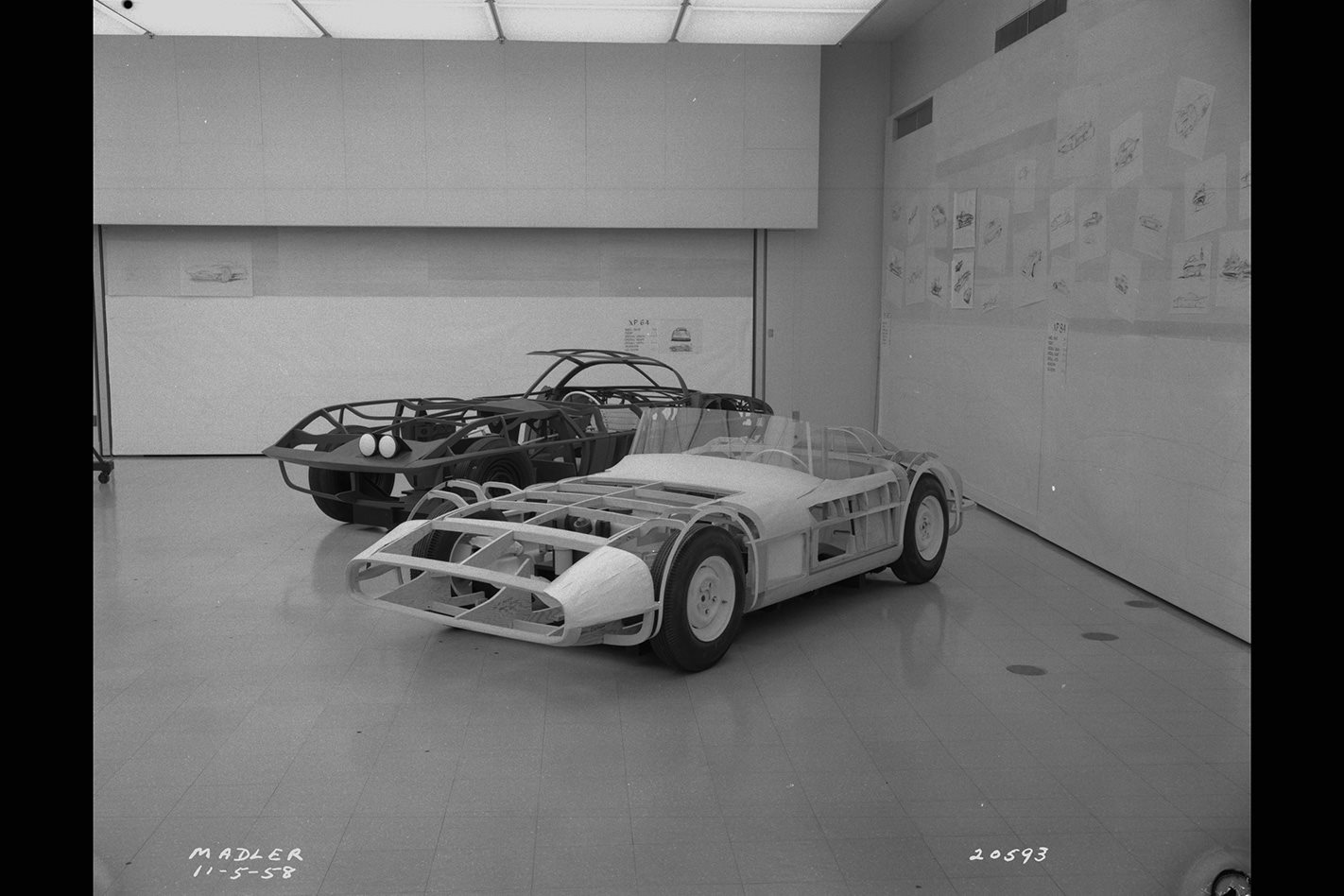 “These cars all had sharp beltlines and fender blips over the wheels,” Peter Brock, then a 19-year-old designer in the Chevrolet studio and later designer of the devastatingly effective Shelby Cobra Coupe, said in a recent interview.

“Mitchell came back to Detroit with photographs of Abarths and Alfa Romeo Disco Volantes and handed them to us.”

The designers – Bob Veryzer, Chuck Pohlmann and Brock – spent a few weeks coming up with sketches. Brock’s design was chosen and set the direction for the shape that became the 1963 Sting Ray. 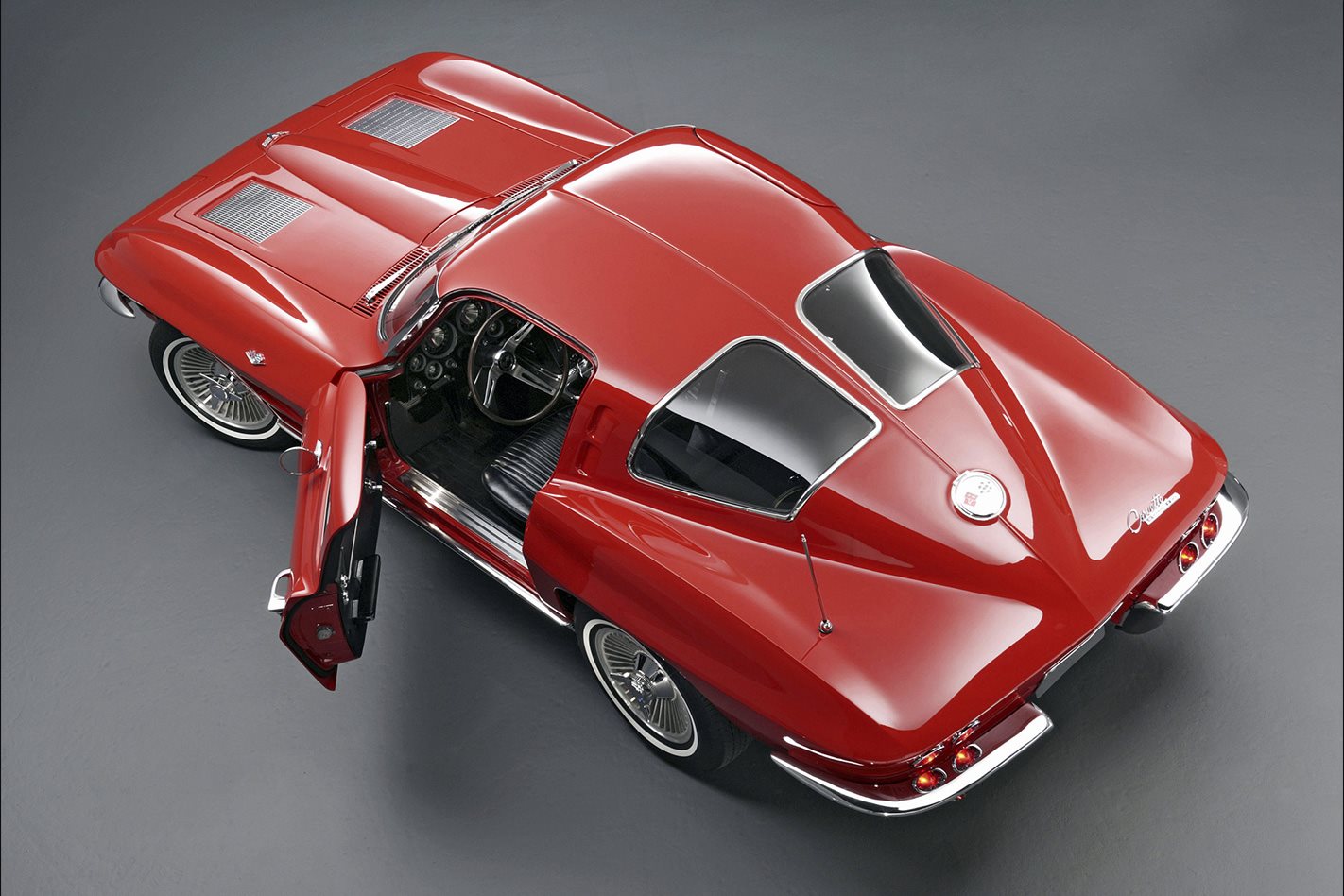