What Ford wouldn’t do, Hillier Conversions would, turning an ex-police XR8 Falcon into a one-of-a-kind two-door coupe

CAN YOU tell them it’s Mark Rovera’s car?” asked Troy Hillier over a counter lunch at the Tenterfield Hotel. And what did he mean? “Well, it’s really Mark’s car – we just helped him build it.” It’s in the record books now that a certain green AU Falcon stunned everyone at Summernats 2000. Built by Hillier Conversions, it scored coverage in almost every newspaper, car mag and auto trade journal in the country.

Naturally, you saw it first in Street Machine. This is the Tenterfield coachbuilding company’s second effort. Australia’s first AU Falcon two-door coupe was built on a Forte six; this one was built on an XR8. Is this the car the boys should have built the first time around? 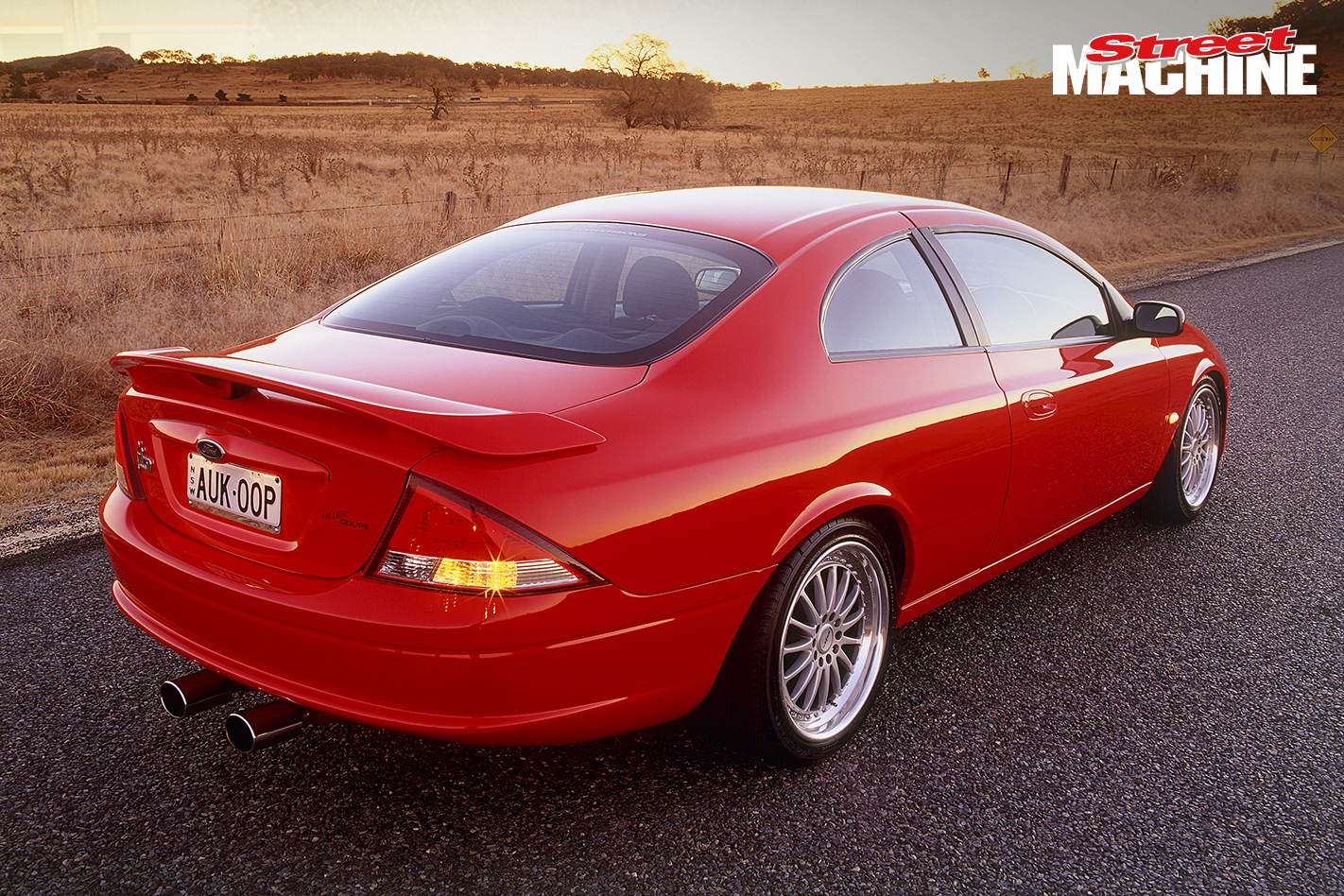 “A lot of people have said that,” says Troy. “But I don’t reckon it would have been as successful. That first car was a screaming success for us for all the things it wasn’t as much as what it was. It wasn’t a V8, it wasn’t really a show car like our XP (Falcon Pro-Streeter). It was a mobile, driveable design study. I don’t reckon we would’ve got the same attention from everybody like the papers if we’d done this the first time around.”

We can see his point. In these days of stealthy, cool cars, disguising a smart, new-century street machine as a six-cylinder base-model Falcon is one of the smartest marketing ploys the Hilliers could have devised!

Back to Mark’s car. Yep, it’s recognisably a Hillier coupe, but like many young blokes who have built their own interpretations of what the car makers build, this is Mark’s car. Mark paid for it. Mark spent the hours working on it. And there’s plenty of hours required. The Hilliers have calculated that with two blokes working full time, building a coupe is a three-week job. Between his day job working with Gavin, Clayton, Troy and the rest of the Hillier team crafting $120,000 hearses from $33,000 Falcon wagons, and sleeping, Mark’s spent around 250 hours over 10 weeks of weekends and nights turning an XR8 into this stunner. 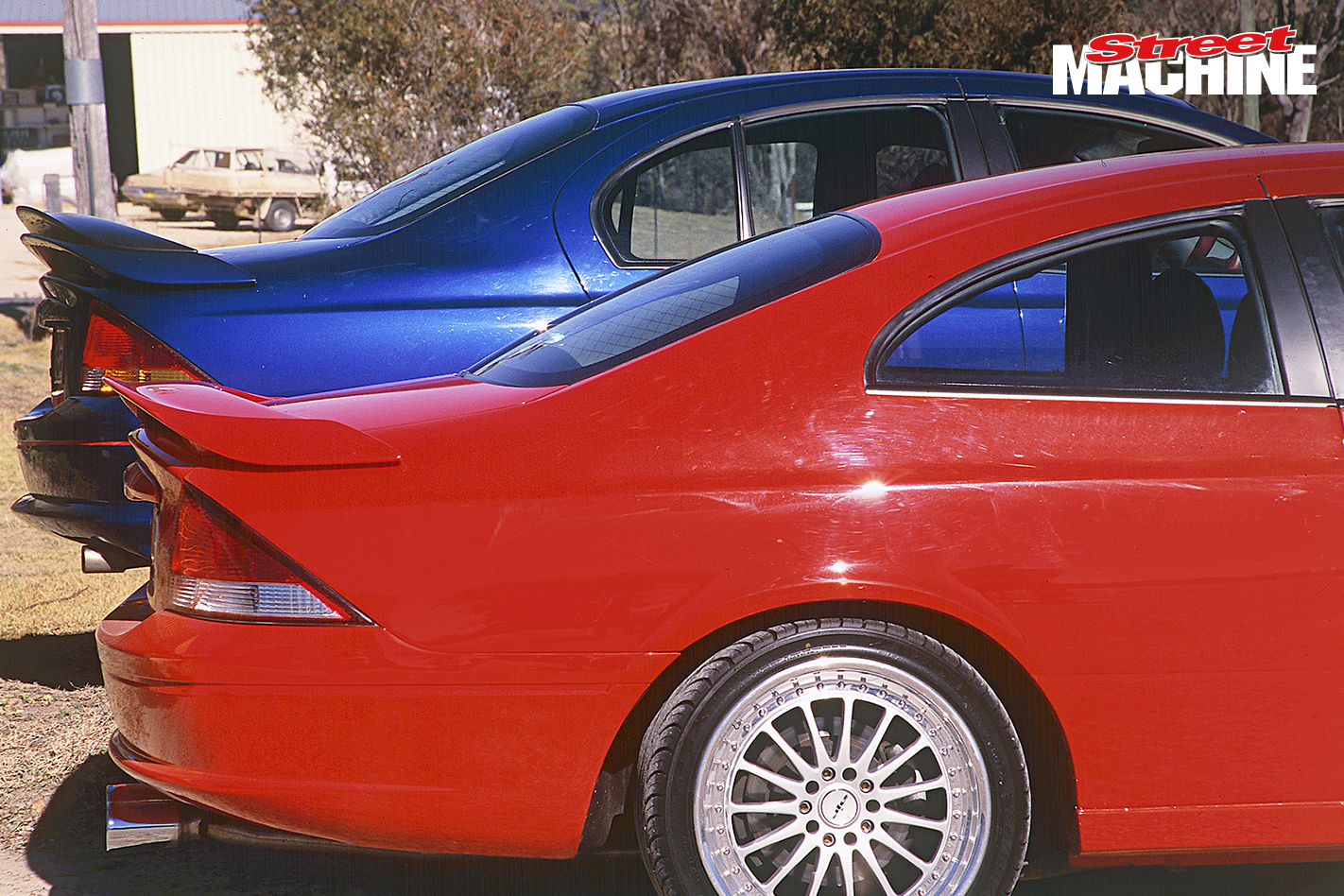 Mark’s original idea was to build a two-door VT Commodore. “See what we had to do to get me into a Ford?” chuckles Mark, a Holden man. But the VT two-door idea was scuttled after Holden announced the Millennium Monaro would go into production. And a two-door Falcon was never part of the design plan for the AU series. What Ford can’t deliver, the Hilliers can.

Apart from Holden man Mark, the Hillier blokes are Ford through and through – “Put that thing around the back will ya,” was our greeting when we arrived in a Commodore. As a company, Hillier sees itself dovetailing into what Ford/Tickford did by satisfying a small demand for unique cars. As Troy explains, “Ford doesn’t do limos, either. That’s why we do them.” Speak to some of the right people at Ford, however, and there’s a quiet admiration for the efforts of the boys from the bush. 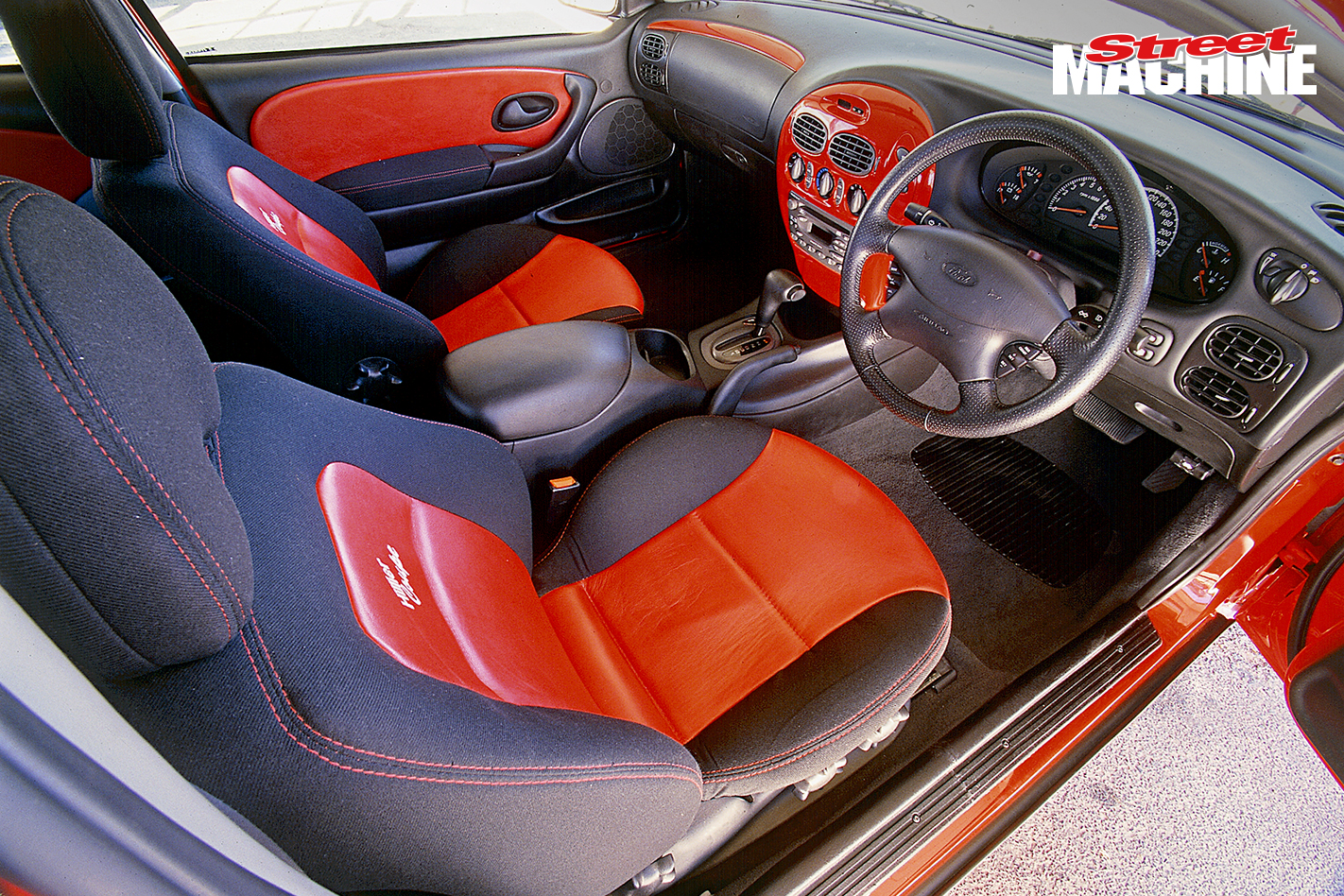 “It’s a good way to buy a car,” Marks says of buying his ex-police XR8. “Sure, some of them have had a hammering but highway cars, like this one, are on the road most of the time. Sometimes around the clock. The cops only turn ’em off to fill up. So there’s no cold starts to stuff the engine. And they always get serviced – sometimes, with the miles they do, that’s once a week. But some city (police) cars...” His voice trails off. Yeah, we know: gutters; touch parking; spew seeping into the back seat. None of them as good for a car as simple rural highway patrol work.

This originally white chaser lasted three weeks before being stripped of its interior, doors, dash, glass and everything in the engine bay. Everything came out except the wiring harness and suspension. Having built Falcon AU hearses since late 1998 – and the first green coupe – the team was familiar with what lay ahead of them. Nothing has changed stylistically from the first car: the roof is lowered, the B-pillars relocated and both screens laid back into the roof line for a sharper profile. The costly side glass is made to Hillers’ specs by Protector Glass Industries. 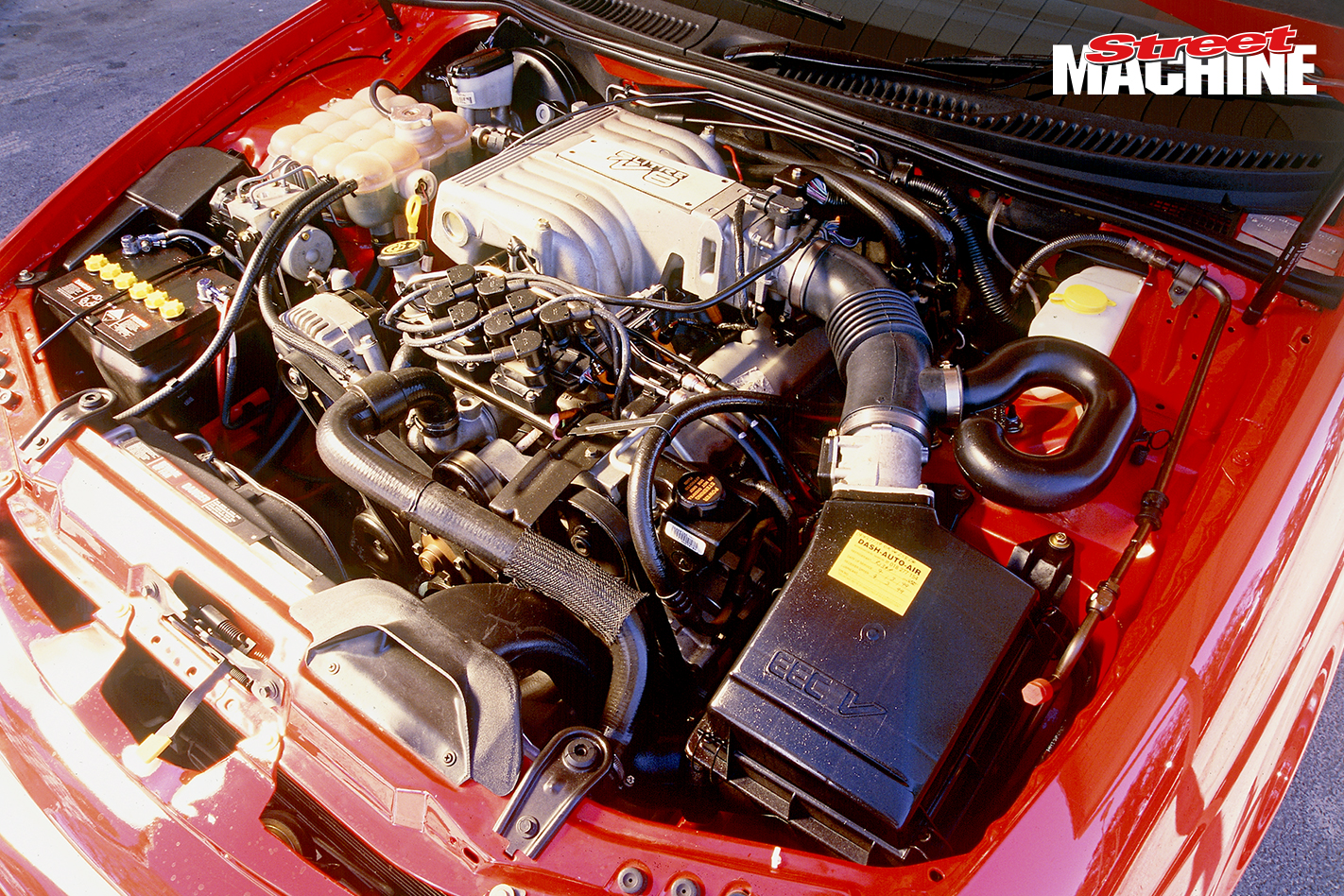 Ten weeks later, with the body mods complete, the car scored its new skin of Blaze Red paint from Hillier gunslinger Uncle Gary. Mark carefully reassembled the engine bay, threw in a retrimmed interior (the door trims and quarters are done in-house by Gavin Hillier; Keith O’Callaghan at Cryans Body Works modified the front seats and converted them to flip-forward before re-trimming) and lowered the suspension another inchannabit over Tickford’s effort. With a set of brand-new Alan Jones racing wheels bolted on, Mark and the team shipped it to Melbourne for its debut at the Hyperformance Show.

Apart from the lowering, the mechanicals are stock. Naturally, the XR8 is fitted with Ford’s 185kW V8 up front; the Adaptive Shift four-speeder sits behind and Ford’s IRS, complete with 3.45s and LSD, holds up the rear. The AUII’s brakes – maybe the optional Premiums – will be bolted to the car to replace the AU’s inadequate original stoppers as soon as Mark’s bank balance recovers.

And next year, just maybe, Mark will investigate a supercharger conversion. That just goes to show how alluring these two-door Ford coupes are, even to a Holden fella!