The science of boost: turbocharging explained

Ever wondered exactly how a turbocharger increases your engine's power? Here’s how!

Reduced to its simplest form, a turbocharger isn’t hard to understand. Two fans sit at either end of a metal shaft so that both spin around in unison. One of these fans, the turbine, sits in the stream of exhaust gases exiting the cylinders. As the engine blows hot gas past the fan blades, they spin up, in turn rotating the shaft and the other fan, called the compressor. This fan is mounted in the car’s air intake so, as it spins faster and faster, it sucks more air into the vehicle’s cylinders. With more air in, you can throw in correspondingly more fuel. Bingo! More power.

Anyone who has ever tried pumping up a road bike’s tyres using a handheld pump will appreciate that as you compress a gas, you heat it up. Hotter air is less dense and therefore less effective at making fuel burn, so in order to help cool the air that’s been squeezed into the induction system by the compressor, it passes over a heat exchanger, or intercooler, that removes the extra heat and channels it elsewhere. Also required is a wastegate, to bleed off excess boost. 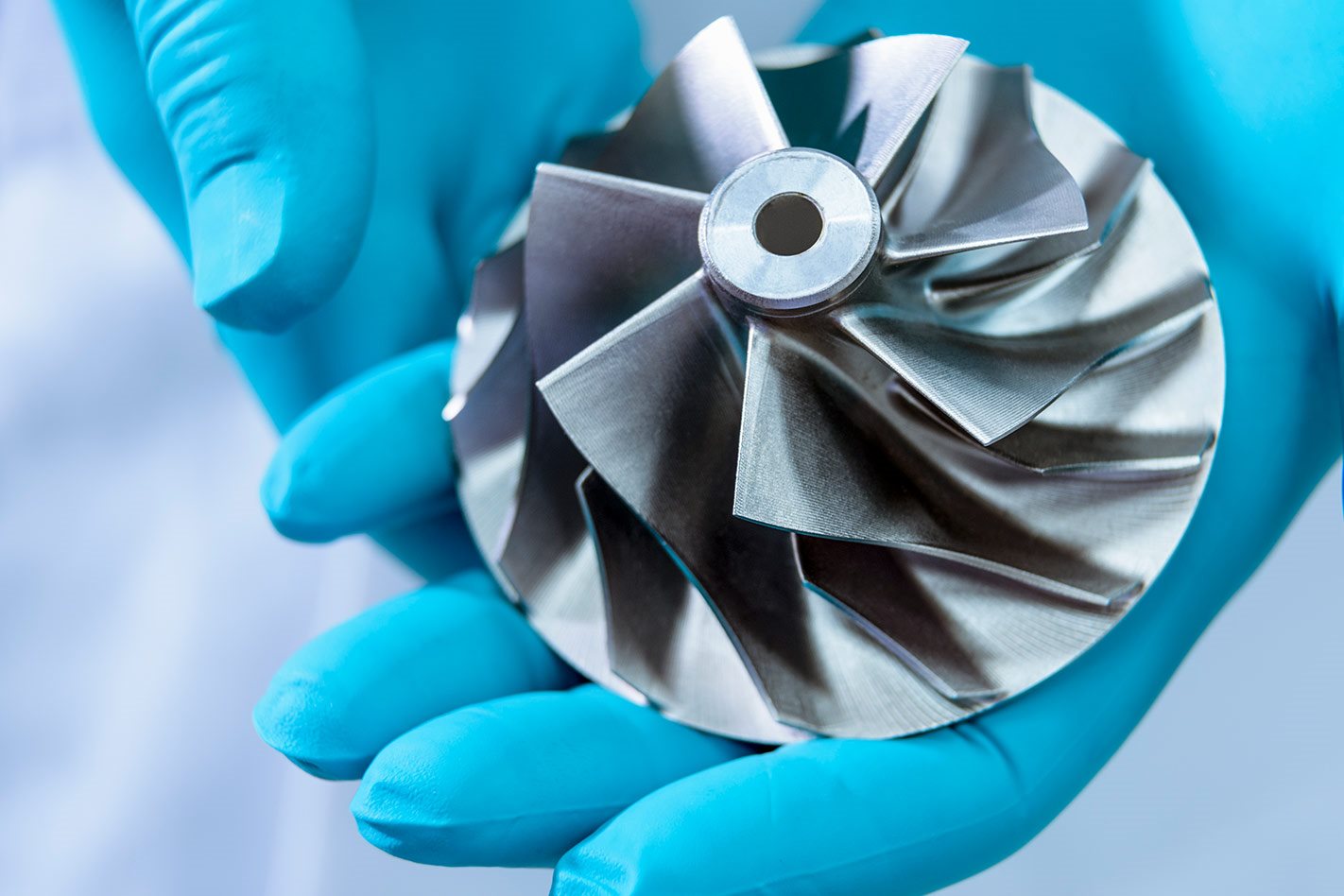 Therefore, we can think of a turbo as a means to the end of burning more fuel and developing more kilowatts than an equivalent naturally aspirated engine can. Doing more with less has long appealed to engineers. In the early days, it was all about generating a big power figure. In the 1980s, every car seemed to spawn a turbo variant but even back then there were other considerations at play.

Turbochargers were relatively crude and introduced most to the concept of turbo lag. In order to throw air and fuel in at an elevated rate, the basic mechanism of the turbocharger dictates that the exhaust gases must be exiting at high speed. Therefore, there’s an initial period, at relatively low engine speeds, when the turbocharger isn’t operating optimally. Honda’s answer to this came in 1988 when it introduced the variable geometry turbocharger on its Legend 2.0 V6.

Honda already realised that turbo lag was largely a function of the turbo’s aspect ratio (AR); the relationship between the area of the exhaust turbine inlet to the radius of the turbine blades itself. Increasing the AR by using a large open-vaned turbine will increase spool up time, but increase top end performance by allowing more air to flow. Decreasing the AR, with a smaller turbine with more acutely angled vanes will decrease spool up time, but reduce top end performance. Honda realised that with an actuator, it could alter the angle of the vanes offering quick spool up and then at higher engine speeds, increase the AR. Controlling the boost pressure this way also made a wastegate unnecessary.

A different method of tackling the same issue was simply to use two turbochargers; a small one and then a big one. The Maserati Biturbo of 1981 might have been the first production car to use a pair of blowers, but it simply fitted one to each bank of cylinders of its V6 engine, known as parallel turbocharging. Sequential turbocharging activates a small turbocharger at low RPM, reducing turbo lag. As revs rise, a bleed of exhaust gases are directed to the larger turbo to pre-spool it. Then at high engine speeds, all of the exhaust gases are routed to the larger turbine to deliver high boost. Porsche’s 959 was the first production car to utilise sequential turbos in 1986. Mazda’s Eunos Cosmo (1990) and FD RX-7 (1992) followed suit, but for many, the car that popularised the tech was the 2JZ-GTE-powered MK4 Toyota Supra. 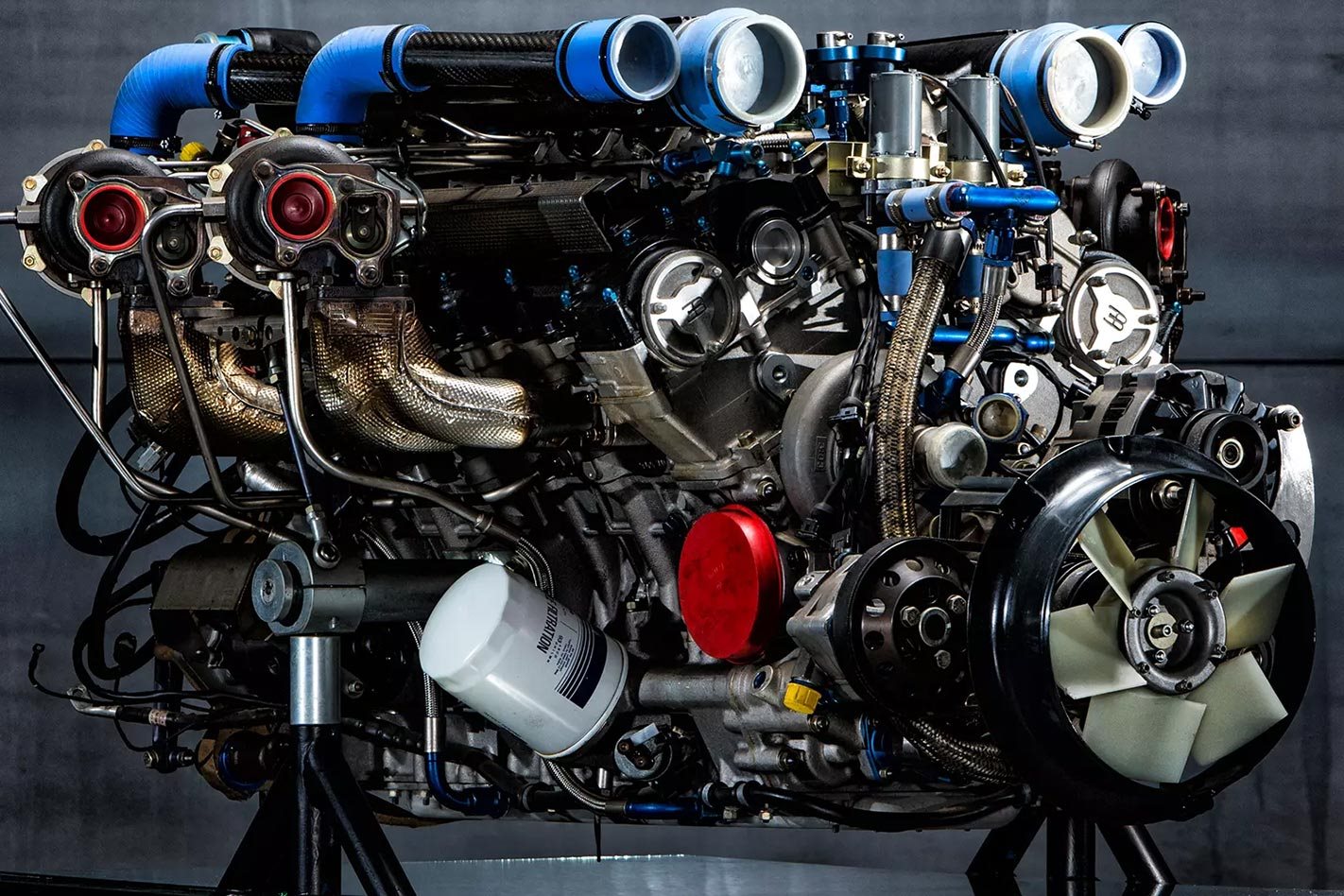 Having largely cracked the issue of turbo lag, manufacturers started to take the idea of volumetric efficiency seriously. A smaller turbocharged engine making an equivalent amount of power as a larger naturally aspirated one makes all kinds of sense. It’s boosted to make useful power at lower engine speeds, it has less reciprocating mass and enjoys lower frictional and pumping losses. Thermal efficiency improves because the engine basically recaptures energy that would otherwise be lost from the exhaust pipe.

Downsized turbocharged engines like the 875cc Fiat TwinAir of 2011 or the Ford 1.0 three-cylinder ‘Fox’ from 2012 soon started raising eyebrows. Put simply, drivers weren’t getting anything like the claimed fuel figures. Why?

Well firstly, it’s to do with driving style. A turbocharged engine turns into a fuel-hog under hard acceleration, something the old NEDC lab economy tests never measured. But there’s more to it than that. Because a turbo compresses the incoming air, the fuel injection system automatically adds more fuel to keep the mixture at the correct ratio. And this is where the problems begin. As the pressure in the combustion chambers rises, you run the risk of destructive knock.

This pre-ignition occurs when the fuel-air mix undergoes compression ignition in the cylinder. This creates two flame fronts in the combustion chamber, the one you want (from the spark plug) and the one you don’t – pre-ignition. In order to combat this, engine control units have a simple fix and that is to squirt more fuel into the cylinder to cool things down. It’s called mixture enrichment and while it might help your engine last, it doesn’t do a lot for fuel economy.

Some manufacturers like Lotus, Mazda and, for quite some time, Toyota resisted the lure of downsized turbo engines and those decisions may well be borne out. Euro 7 regulations due in 2026 are expected to kill the downsized turbo engine, and will instead promote a strict air:fuel ratio (Lambda 1) throughout the engine map; in effect a stoichiometric 14.7:1 fuel burn that outlaws mixture enrichment. 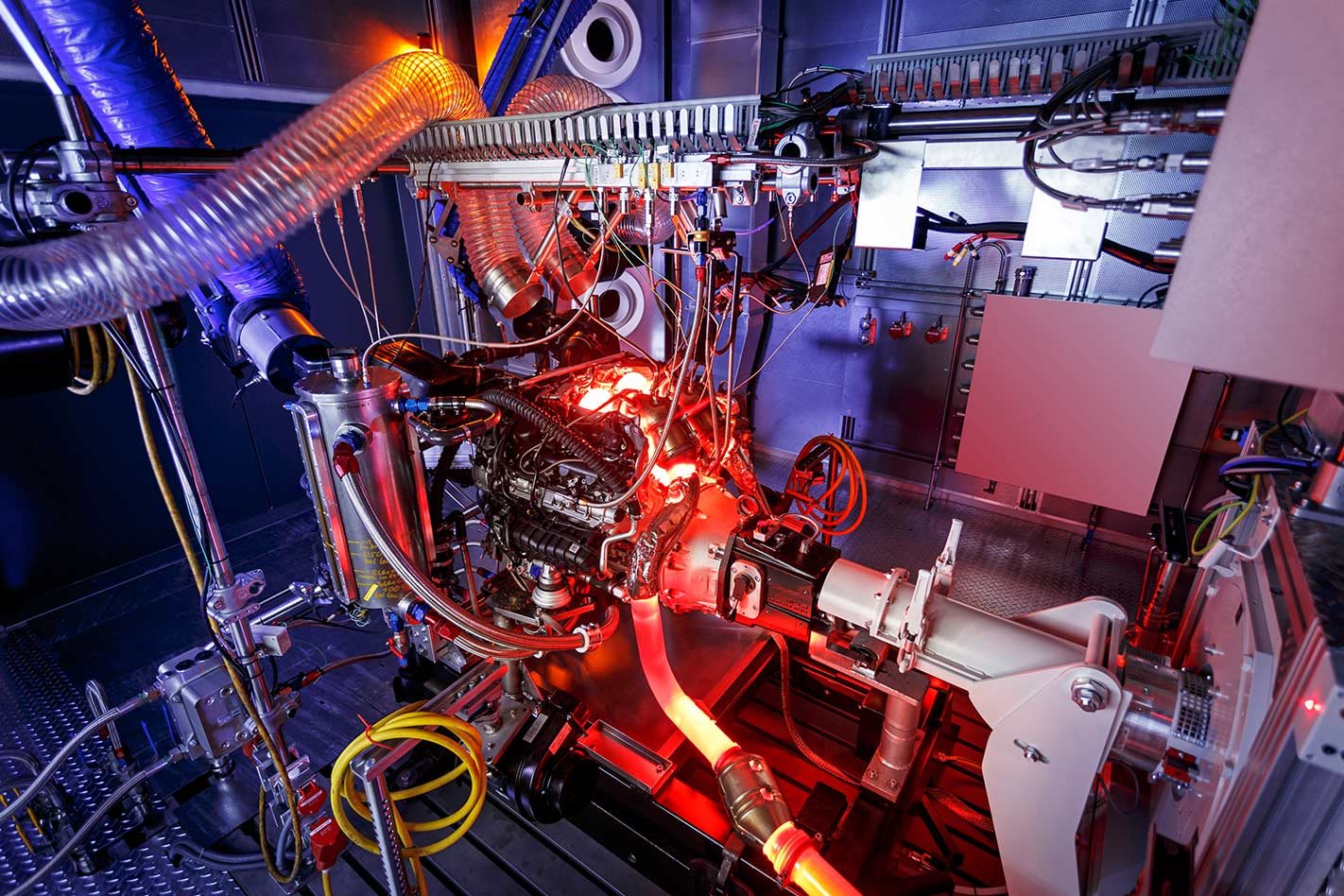 This has generated smarter solutions from manufacturers such as Garrett and BorgWarner. These use 48v electrical architecture to spool up the turbo almost instantly, slashing cold start emissions and cutting lag. At high engine speeds, the e-turbo switches polarity to turn the motor into a generator, sending power to an electrical sub-system. We’ll start to see these in production cars in the next year or two, their aim being to right-size the turbocharger’s turbine for consistent Lambda 1 rated power.

How the turbo became a must-have engine technology

So that’s where we’re at. The turbocharger has certainly come a long way in the last 48 years and, as a pure concept, its days are numbered. A new, electrified era of forced induction will last as long as there’s a demand for internal combustion engines. And you’d need to be pretty bold to put a use-by date on that.

THE FOUR STEPS TO MAKING BOOST

Energised exhaust gases exit the engine and are directed into the turbo. Known as the ‘hot side’ of the turbocharger

Compressor spins at same speed, pulls in huge quantities of fresh air which heats up as it’s compressed