No, this isn’t a misprint. Nor have you opened a history book.

One of the greatest performance Holdens ever built without a Commodore badge was the first. And the 48-215, or Humpy as it’s become better known, isn’t here only because of that fact. It sparked a nation-wide appetite for fast, affordable, and reliable cars. And that has moulded our industry from its beginning right up to its end.

Holden wasn’t conjuring a Le Mans contender here. A lot of the country was unpaved, rugged, and dusty. And without Jetstar or Richard Branson around, it was huge. But we had huge manufacturing potential. So when GM Holden promised Ben Chifley’s government a people’s car that would drive post-war prosperity, it needed to handle these conditions well. 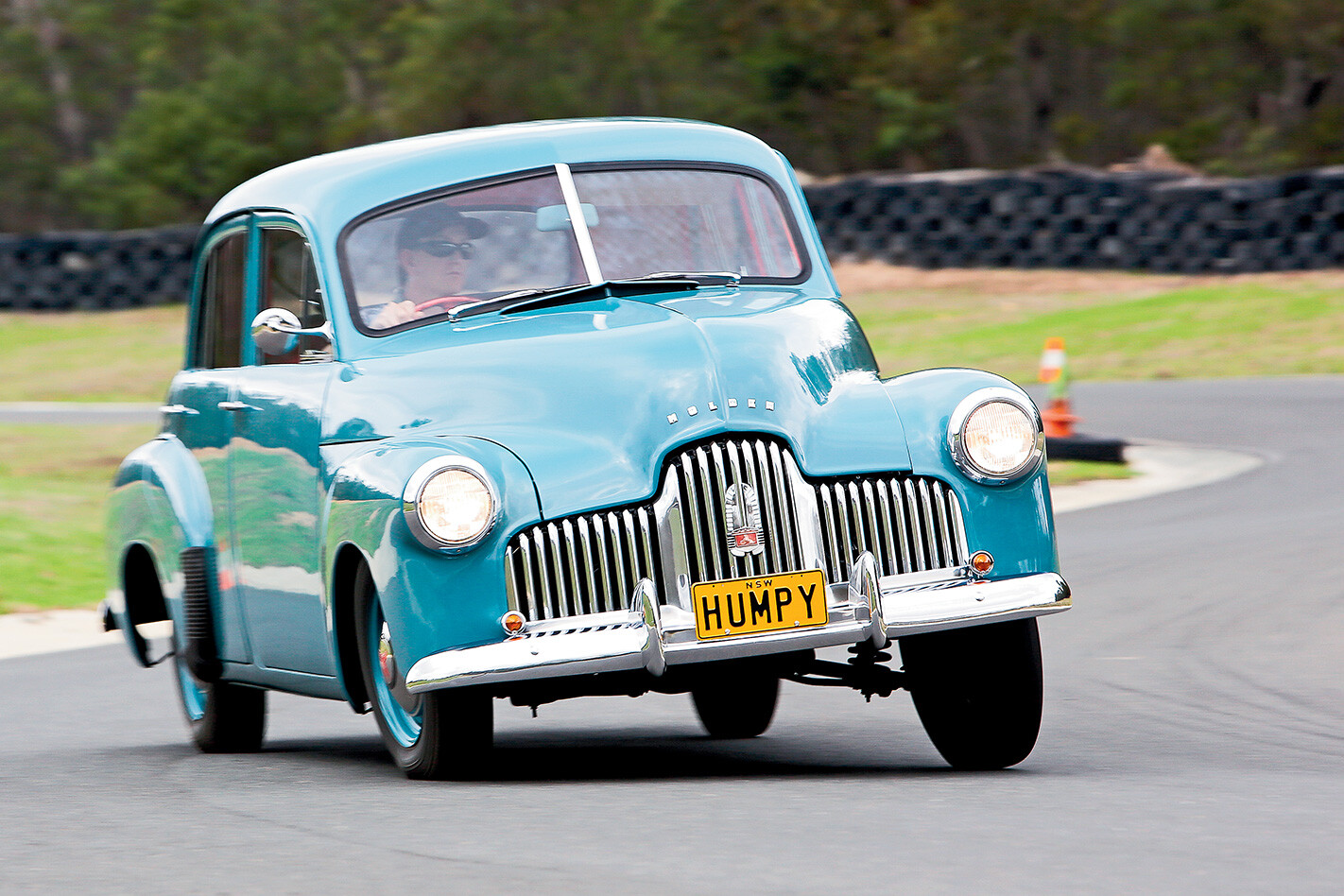 If Ford’s Model T Ute was a step in this direction in the 20s, the Holden 48-215 was a radical jump forward. Unveiled in 1948 at Fisherman’s Bend, as Jon Wright explains in The Untold story of Australia’s Holden, it was the only sedan in the world that could hit 128km/h, average 7.84 litres per 100km, and carry five adults while being able to easily dispatch urban potholes or Aussie cow-grids.

Key things like a one-tonne kerb mass, sophisticated (for its time) big six, and nine-inches of ground clearance underpinned this ability. And it’s hard to think GM could have gathered these ingredients at any other time. A key project engineer, American Russ Begg worked at Opel when Hitler was dreaming up his rematch with the world and oversaw the huge technical investment allowed by pre-war tax cuts at the time. 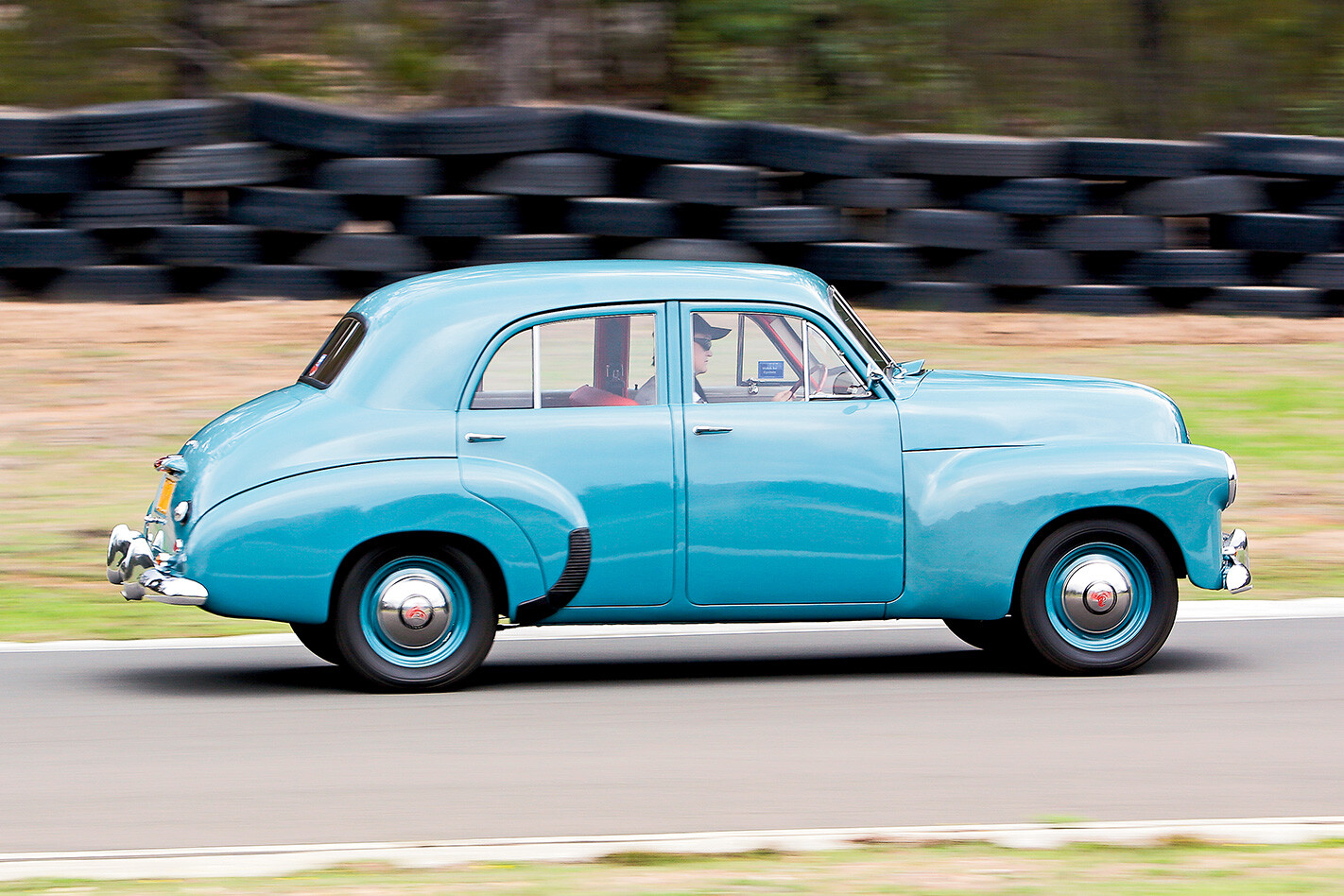 He applied unitary body construction to the 48-215 project in Detroit, where GM developed the car’s mechanicals, doing away with a ladder chassis and a great deal of weight. He also fought for a bigger engine in the Holden, opting for the 2.1-litre six from the Opel Kapitan donor car, which meant it could use a lighter transmission.

Aussie engineer Jack Rawnsley was also in Detroit overlooking the car’s development, and insisted on the ground clearance. This Aussie influence was a common theme in its conception. Laurance Hartnett, GM-H’s boss in the 40s, incepted the car, pitched it to Detroit, and fought hard for Australian engineering and design throughout the project. Even though Hartnett fell out with the company over its design, his Humpy had the intended result. It sold in the hundreds of thousands, and was updated in 1953 to the FJ with small changes that unabated its success. No one could knock it off until Ford launched the locally built Falcon.

The car also enjoyed small success in motorsport, notching up a category win in the ATCC’s 1963 2.0-litre to 2.6-litre division. Drive one today, and you might find it a tad underwhelming. That overhead valve Grey motor promises smooth, torquey cruising, however, the reality is that the handling would feel as historic as the car’s importance. 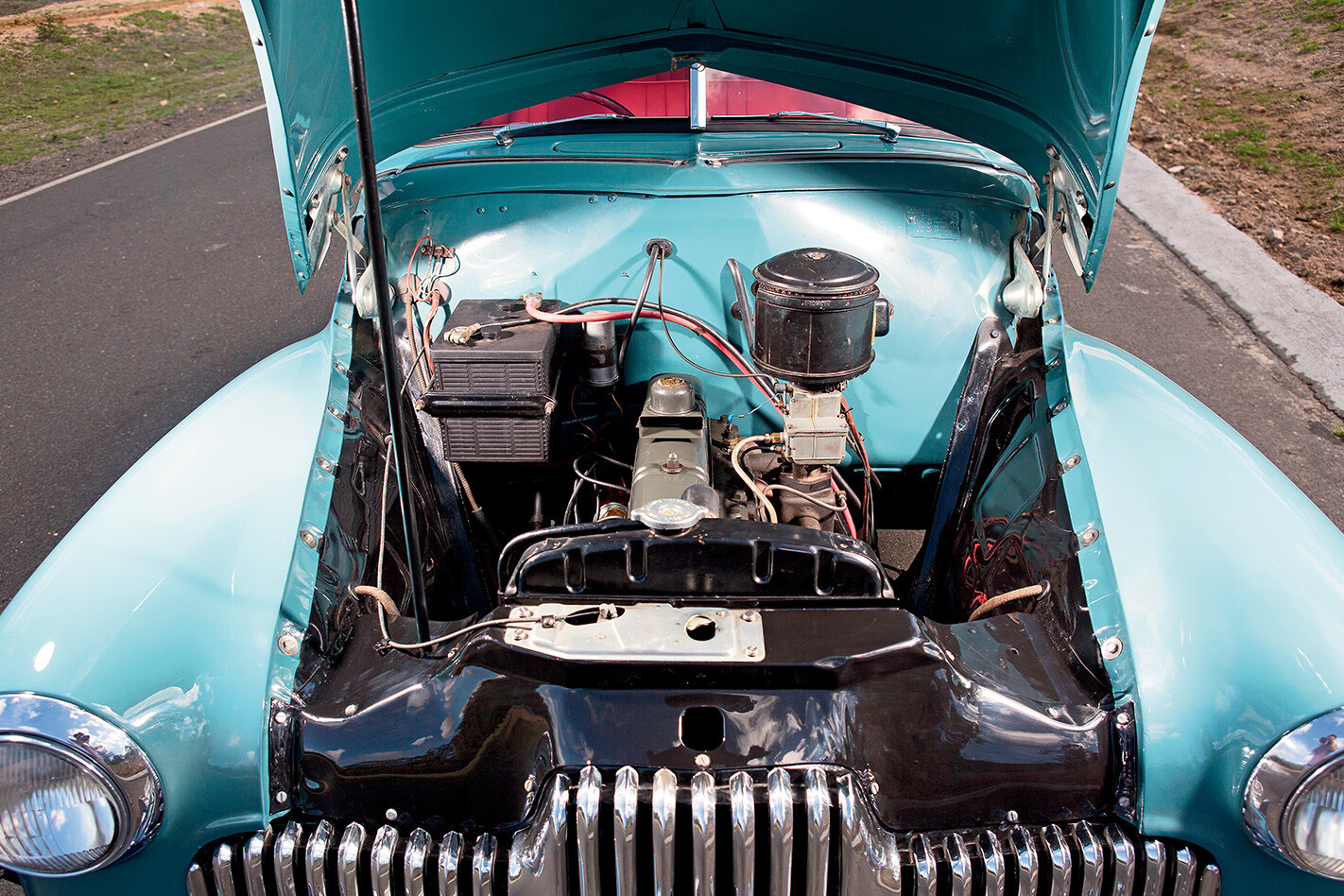 Yet, everything we’ve come to love about the current Commodore SS – its honest rear-drive dynamics, effortless engine performance, space for four adults and all for less than the national average wage – is arguably the Humpy’s doing. By demanding country-specific engineering, both cars have offered something no one else in the world has quite perfected yet.

Why else did GM turn to Holden for a 5 Series rival? And you can be sure its influence will be felt in the market well past the Commodore’s last day of service. Surprisingly, in the gap that it and the Falcon leave, more than 100 people have slammed down a deposit for the hyped Kia Stinger – sight unseen. That’s not a misprint either.