BMW's newly-minted South Korean Driving Centre is a hoon's paradise, and we did our dutiful best to add as much rubber to its fresh tarmac as possible.

PERCHED on an island of partially reclaimed land that forms a sliver of South Korea’s Incheon district is, perhaps, not where you might expect BMW to build its newest and most comprehensive automotive playground. But it did.

With the rise of the Chinese luxury car market and a Korean sales figures that may surprise you, the German car maker needed a high-quality facility to showcase its flourishing range of vehicles that didn’t require its customers to hop on a long haul flight to Europe.

The answer was the BMW Driving Centre Korea – 240,000 square metres of driving tracks, showrooms, conference centres, a restaurant, cultural centre and even a school. On our first visit to the BMW wonderland, Wheels discovered that there is more to the Korean hub than vaporised tyres and chiming exhausts. 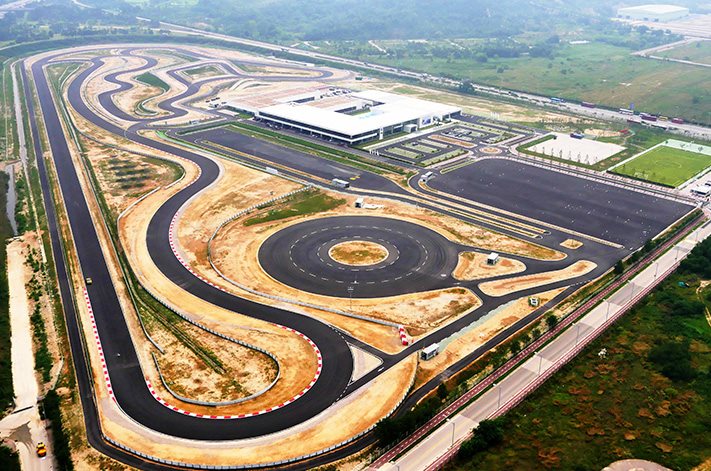 It’s hard to imagine that less than five years ago, the monument to BMW’s vehicle range and brand philosophies was just a scrap of unoccupied dirt and, before that, wasn’t even land at all.

But as of August 2014, BMW employees, selected customers and even underprivileged Korean kids have been flocking to the site for a taste of the German brand without having to head to Europe.

The centre truly is a home away from home for the propeller badge, and although the biting Korean spring air and fog that would descend without warning was a constant reminder that we were a long way from Munich, the German influence is everywhere.

Reception is nestled between an ultra-sharp conference suite and exhibition hall, BMW and Mini lifestyle store and fully stocked showroom - which is a fully functioning sales and service centre with staff drafted in for a temporary tenure from the eight other dealerships around South Korea. 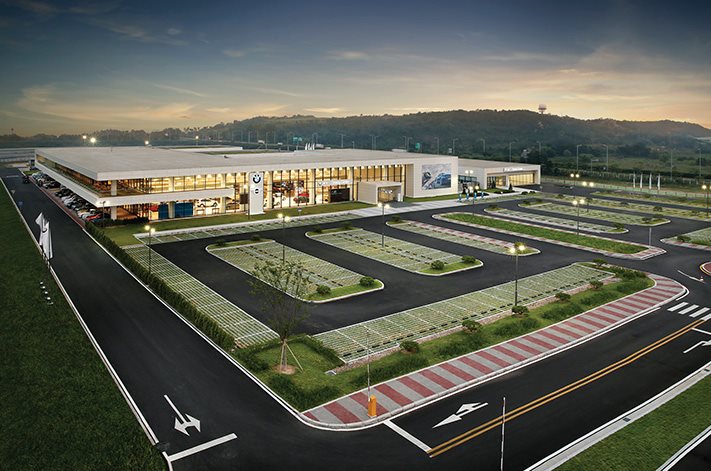 You get the early impression that this place was designed from the outset to be versatile. The sales team has a 600-vehicle target each year and that slick conference centre has already hosted two weddings for particularly loyal customer couples.

Wander upstairs and you’ll find the Isetta Bar and restaurant area where you can enjoy a full table service meal catered for by the Walkerhi II Hotel team, or even a cold German beer on tap. It’s more than just a racetrack out in the boonies.

Sharing the first floor of the centre is perhaps one of the most surprising discoveries. Between BMW’s own contributions, customer donations and government support, Korean children are offered an educational camp unlike any other. 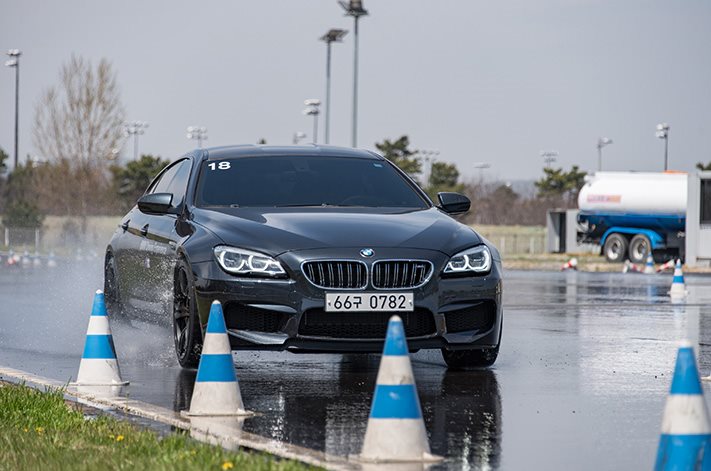 In the “Laboratory”, 10 brilliant but simple hands-on installations demonstrate the basic principles of vehicle operation such as suspension, how a disc brake works, cornering forces and centre of gravity, and even how a crankshaft turns combusting petrol into movement. But it gets better.

A classroom Workshop offers the young participants an opportunity to create their own 3D models and then turn them into virtual cars in a digital world, but the icing on the cake – almost literally is the Kids Driving School. 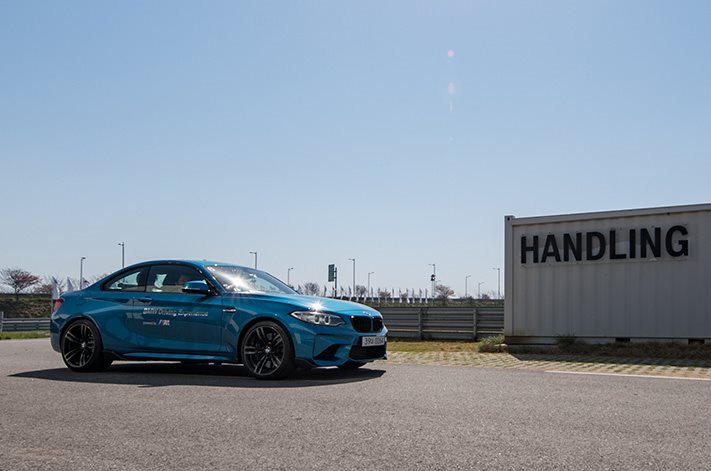 Outdoors and on the roof of the centre, the budding drivers are taught the basic road rules with a small scale track that has everything from authentic road markings, junctions, signs and even functioning traffic signals. Image how the standard of driving on our roads could be improved if all kids were given a small-scale road to negotiate in pedal cars before they get their licences as young adults.

Ask nicely, and you might be given the privilege of a guided tour by BMW Group Korea Driving Centre senior manager Sungtaek Jang, who is one of the most charismatic and dry-humoured individuals we have encountered. 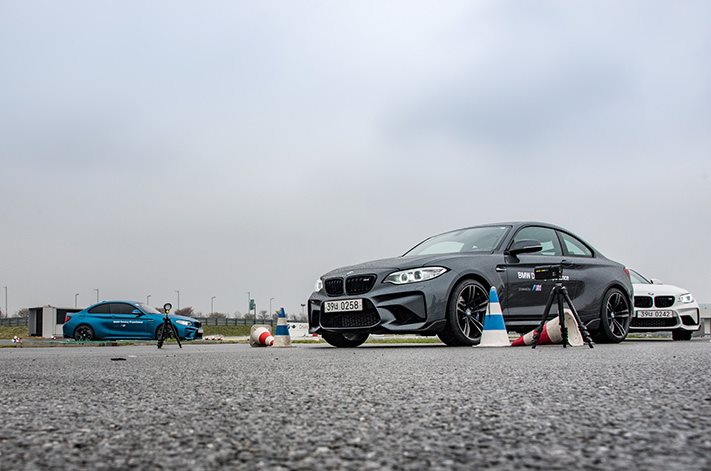 Ask even nicer still and he may even perform his Isetta driving routine through the immaculate showroom.

It may be more than 60 years old but, thanks to a loving restoration by Jang, the pristine Isetta (one of two on display) starts on the first turn of the key.

After that Jang completes a couple of laps of the ground floor, avoiding the other very expensive hardware including a Rolls-Royce and a row of Motorrad bikes that look like they have been deliberately lined up like dominoes. 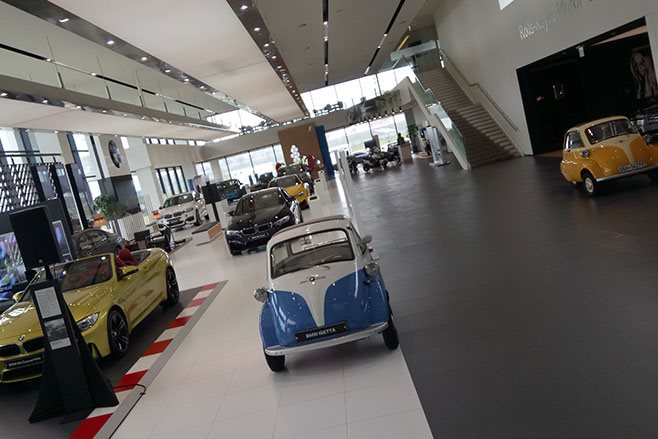 His tour concludes without a single crease to his finely tailored suit despite completing part of the Isetta drive while hanging out of the open clamshell door - and not holding on to the steering wheel.

It’s clear that BMW always had grand designs for the centre, and it is hugely productive and resourceful for the footprint but, let’s be honest, it’s the wiggly black parts outside that you’re most interested in right? 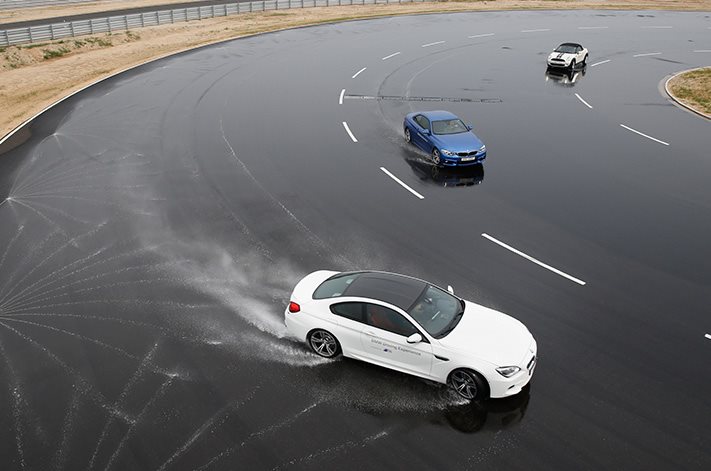 With the entire fleet of BMW M-cars at our disposal, we cut straight to the big guns and steered an M6 onto the appropriately-named ‘Dynamic Course’, which simulates a number of different road conditions including torrential rain, as was the case for our foray.

Ordinarily, negotiating a slalom course on public roads in the pissing rain with 441kW at the rear wheels and stability control turned off would be more unsettling than kimchi for breakfast, but on a controlled course it is enormous fun and allowed us to explore the M6’s predictable long wheelbase and pendulum-like tail. 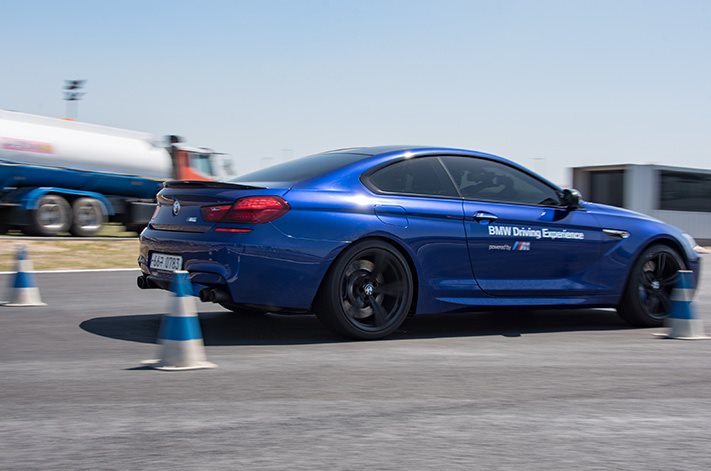 Next it was in to the fleet of BMW M2s and out on to the track. Officially the circuit is comprised of two separate courses – the Handling Course and the Acceleration and Braking Course. Being polite had already paid off twice this day so we tried once more and were allowed to connect the two courses into one glorious 2.2km ribbon of technical turns, late-apex corners and a huge 800m straight.

Bloody hell, the M2 is good. On the road, the littlest M-car is nimble like a lightweight sports car but packs the clout of a muscle car. Put it on the track though, and it’s like the baby coupe throws off its boxing towel and starts throwing proper right hooks. 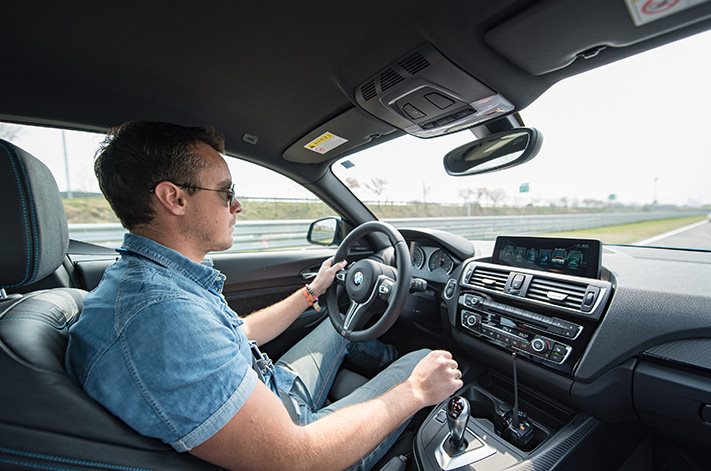 We love how it squirms into corners under heavy braking and effortlessly flicks from neutral cornering balance to lurid oversteer through the chicanes.

And the approachable course also allowed us to conduct a direct comparison of the M2 and its M4 bigger sister, which share a 3.0-litre turbo six-pot formula, but differ greatly in technical detail.

Back out on the track, the BMW M4 was immediately more planted in corners, noisier on the straight and better composed in faster corners - but does that mean it is our pick of the pair? We aren’t saying just yet. 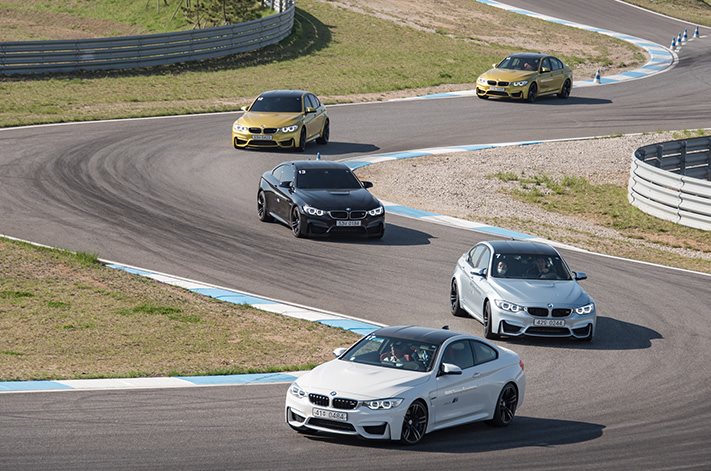 For the final part of the day, we hit the Multiple Course, which is the kind of open expanse of featureless tarmac that every petrolhead looks at and imagines endless powerslides and clouds of destroyed tyres.

The team of driving instructors had laid out a tight and technical motorkhana course for us to negotiate using a variety of the M2’s driving modes.

Officially, we were trying to beat our own performance after each lap, but if you publically announce the times following each attempt then I’m afraid you are going to indirectly create a competition between motoring writers. They all think they could have been racing drivers, you know?

We don’t want to gloat, but let’s just say that the two fastest times of the day were posted by the only two Australian drivers present. Aussie, Aussie…