This is the story of a country singer, a V8 ute, the 2005 TV Week Logies, and one rather irate music manager… as told by former HSV general manager Chris Payne.

We recently Spoke to Payne about the HRT Maloo concept of 2001, but during that conversation he recalled the time he lent Keith Urban a Maloo to drive during a visit to Australia.

“Keith Urban’s manager rang up and said ‘I’ve got this bloke, you’ve probably never heard of him, Keith Urban. He’s really interested in HSV and he loves Maloos’.” Payne says.

“I’m a bit of a country music fan so I was well aware of who he was before he was popular, so I organised for him to come and do a tour through the factory.

“He was in Australia for the Logies, and so we said ‘why don’t you borrow a Maloo to do the red carpet arrival in?’ I believe it was, at Crown Casino that year.

“And so he did. And he sent back this note (pictured below). Cracking young bloke. Loves his Holdens and HSVs. Reckon he must’ve gone to a bit of effort to find this card at the newsagent before he returned the Maloo!”

Payne on the HRT Maloo concept

Whether you’re into Urban’s music or not, the fact you’re reading a story about HSVs from MOTOR suggests you’ll at least find common ground with his desire to rip mad skids. 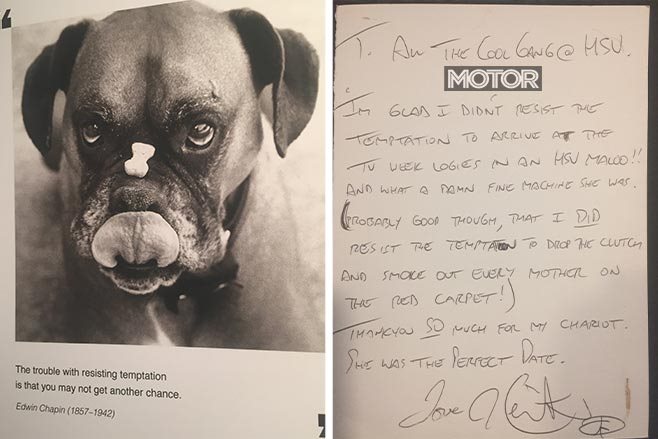 If you can’t read his handwriting, here’s the text in nice, legible sans-serif font:

“To all the cool gang at HSV
I’m glad I didn’t resist the temptation to arrive at the TV Week Logies in an HSV Maloo! And what a damn fine machine she was.
(Probably good though, that I DID resist the temptation to drop the clutch and smoke out every mother on the red carpet!)
Thank you so much for my chariot. She was the perfect date.
Love, Keith Urban”

But according to Payne, that was only the beginning of Urban’s obsession with sitting in the driver’s seat of a V8 Holden ute, as engineered by the folks in Clayton.

“Of course the follow up to it from him was ‘How can I get one? I’m based in Nashville so can I get one over here in left-hand drive?’

“He was telling us how a few of the other country music blokes based there would be so jealous because they’re all big car guys, and he’d be the only one with a Maloo. 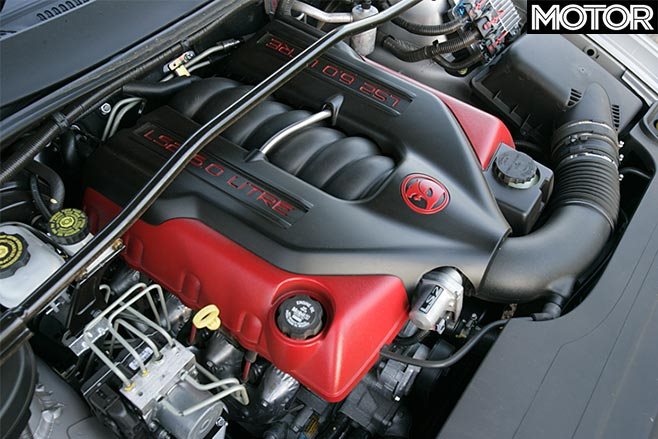 Imagine this... but in Tennessee

“So I remember we priced it up for his manager, and it was at least AU$150,000 at the time, left hand-drive would have used some of the Middle East-spec Chev sedan parts, and I told his manager ‘It’s not certifiable or approved and you probably won’t be able to register the car in North America but that’s all up to you.’

It was here we had to ask Chris Payne if he nearly dropped in an “I just want one.” He told us it was a habit.

“Anyway, Keith Urban kept ringing us up and sending us messages. Eventually his manager had to call us and say ‘Will you stop talking to him? He’s not having it, I’m not letting him have it!’

“So the phone stopped ringing after that. But he was dead keen.”

With Urban having lived between the US and Australia over the last couple of decades, we can’t help but wonder if he secretly has a Maloo stored in a Sydney garage somewhere that Nicole Kidman doesn’t know about…