We all love the idea of so-called ‘skunkworks’ projects. Cars built after-hours by the blokes who want to drive them, whether the suits in the offices like it or not. Here’s part two of our round-up.

After-hours projects don’t get much better than BMW’s Z3 M Coupe. You can thank Burkhard Goschel for that one. Leading up a group of five engineers on an after-hours project, his brief was to fix the chassis flex of the Z3 roadster. Off came the wings and a shooting brake-style coupe body was grafted on. 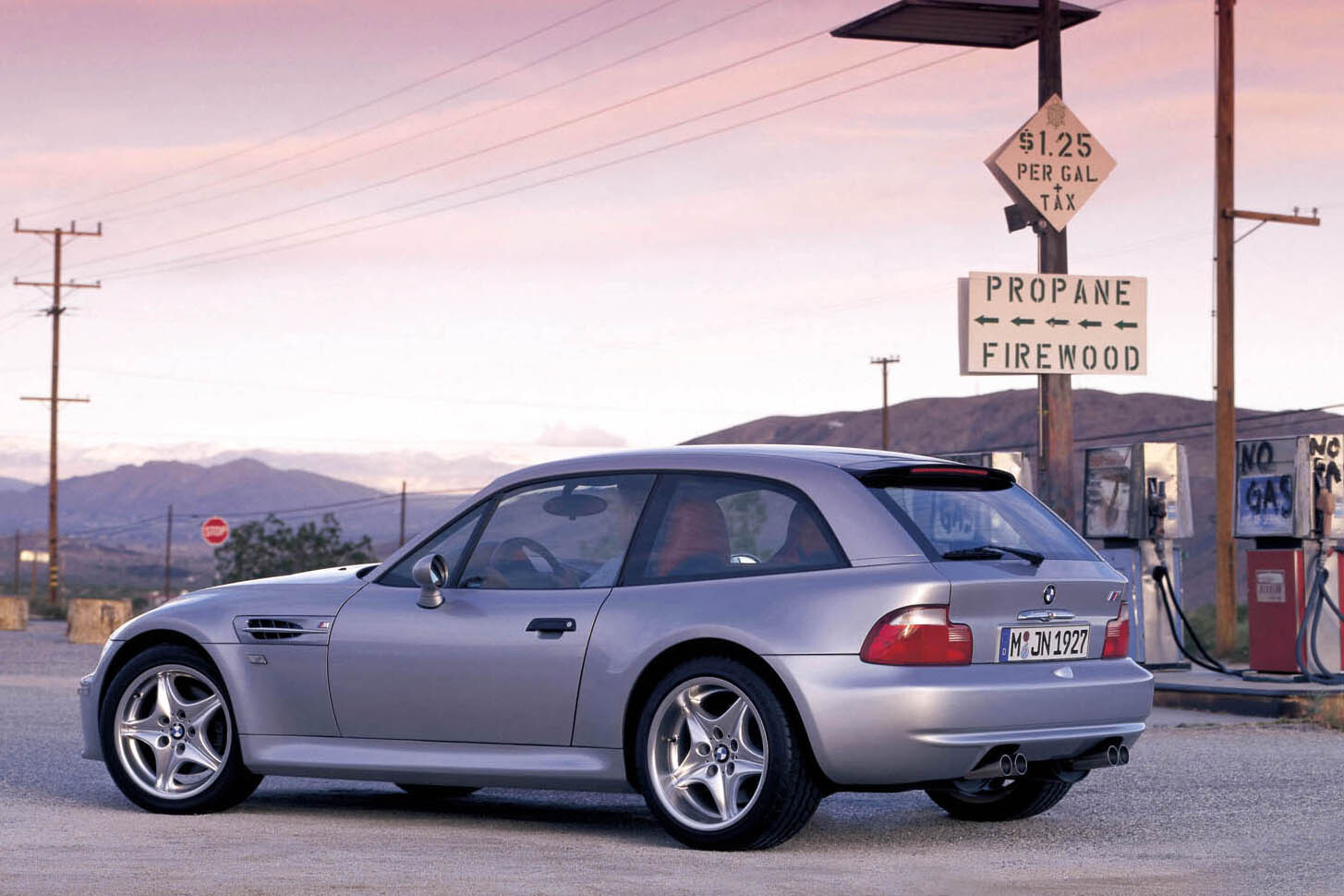 It's tempting to imagine that they neglected to adequately ventilate the studio and lost all power of reason due to the aerosol effects of the sculpting foam, but that's not the case. The design they came up with was shocking, challenging and quite unlike anything BMW had ever produced. Yet the M Coupe redressed a lot of the failings of the roadster. Although mechanically identical, the fixed roof served to stiffen the chassis ensuring the semi-trailing arm suspension wasn’t overburdened.

Introduced in September 1998, the hard top car found immediate favour with buyers, outselling the identically-priced M Roadster by nearly three to one. These days a good ‘un will run you $120k.

It’s ironic that the car that built the Audi RS brand wasn’t even built by Audi. This car was created in Porsche’s Rössle Bau skunkworks. This plant built the 959 supercar and, between 1990 and 1995, possibly the greatest sleeper Merc of them all, the mighty 500E. As demand for the 170mph Benz tailed off, Porsche picked up the contract for the RS2 Avant. Look closely at this car and it’s stuffed with contemporary Porsche catalogue parts. There are 968 Club Sport wheels, tyres and brakes, and 911 wing mirrors and indicators. The reason why Porsche took on this job isn’t hard to fathom. Back in 1993, Porsche sold fewer cars in that calendar year than it does now in a fortnight. Its portfolio consisted of the tired air-cooled 964, the ageing 928 and the relatively modern 944, itself a decade old. Strange to think for such a famously profitable company now that it went through periods of Lotus-like staggering.

Porsche didn’t plan on making many RS2s (or Porsche Type 2862 if you prefer). Rössle Bau wasn’t set up for big numbers, with Audi initially reckoning on a production run of 2,200 examples. Demand for the 315bhp rocketship was so strong that this was eventually extended to 2,909 cars, Porsche and Audi sharing profits through a joint venture called Arge.

Some skunkworks cars are the brainchild of one person. Others come from specially set up, fast moving design works. McLaren’s is MSO (McLaren Special Operations) and it builds limited run specials catering to those who want a more exclusive experience. MSO has churned out quite a few outrageous cars in its time, so picking one is a tough task. We’ll go for the MSO HS, a hotted up version of the already outrageously rapid 675LT.

Although the latest 720S might have trumped its numbers, the 675LT is still a fearsome thing and the HS massages the 3.8-litre V8 lump to 506kW — up from 497kW of the 675LT — the 700Nm torque figure remaining the same but accessible lower in the rev range. The front end is different with more aggressive aero for the front bumper and splitter, garnished with a neat pair of flics on each corner. The exposed carbon-fibre roof features an endurance-style centrally-mounted air intake while exposed weave is also visible on the side blades and sills. A massive rear wing with huge endplates is very functional, providing 220kg of downforce at 150mph (241km/h).

Adjustable for road and track use, the rear wing also acts as an air brake. With around 50kg shaved off the 675LT’s weight through lightweight glass and interior trims, the HS is probably the quickest ‘production’ McLaren around a track, and the 25 lucky owners can record their exploits for posterity with the inbuilt three camera satellite data logging system. The price? Not much less than $2m.

The original Skunk Works was run by Lockheed’s Kelly Johnson to develop special projects aircraft like the U2 and the SR-71 Blackbird. Johnson drew up a list of rules for the operation. He dictated that the number of people having any connection with the project must be restricted in an almost vicious manner. Use a small number of good people (10% to 25% compared to the so-called normal systems). He also guaranteed secrecy by imposing serious security measures. Ford took a few notes from the Kelly Johnson playbook in developing the latest GT. "We designed it in the basement," said Christopher Svensson, Ford's design director for the Americas and known to many as the father of the GT.  That basement is below Ford's Product Development Centre (known as "PDC" to Ford folks), a huge building on Ford's Dearborn sprawling campus.

Access was strictly limited. Project Petunia’s team comprised a couple of design managers and four designers. All of them had special key cards that granted them access to the lower level. All in, around 20 staff had access to the basement and when the styling buck needed to be viewed in daylight, it only ever appeared outside at sunrise on Sunday mornings. For a car designed largely in a bunker, we reckon they did a pretty good job.