OFF THE back of the International Engine of the Year awards, Wheels picks its shortlist of the best engines on sale right now. 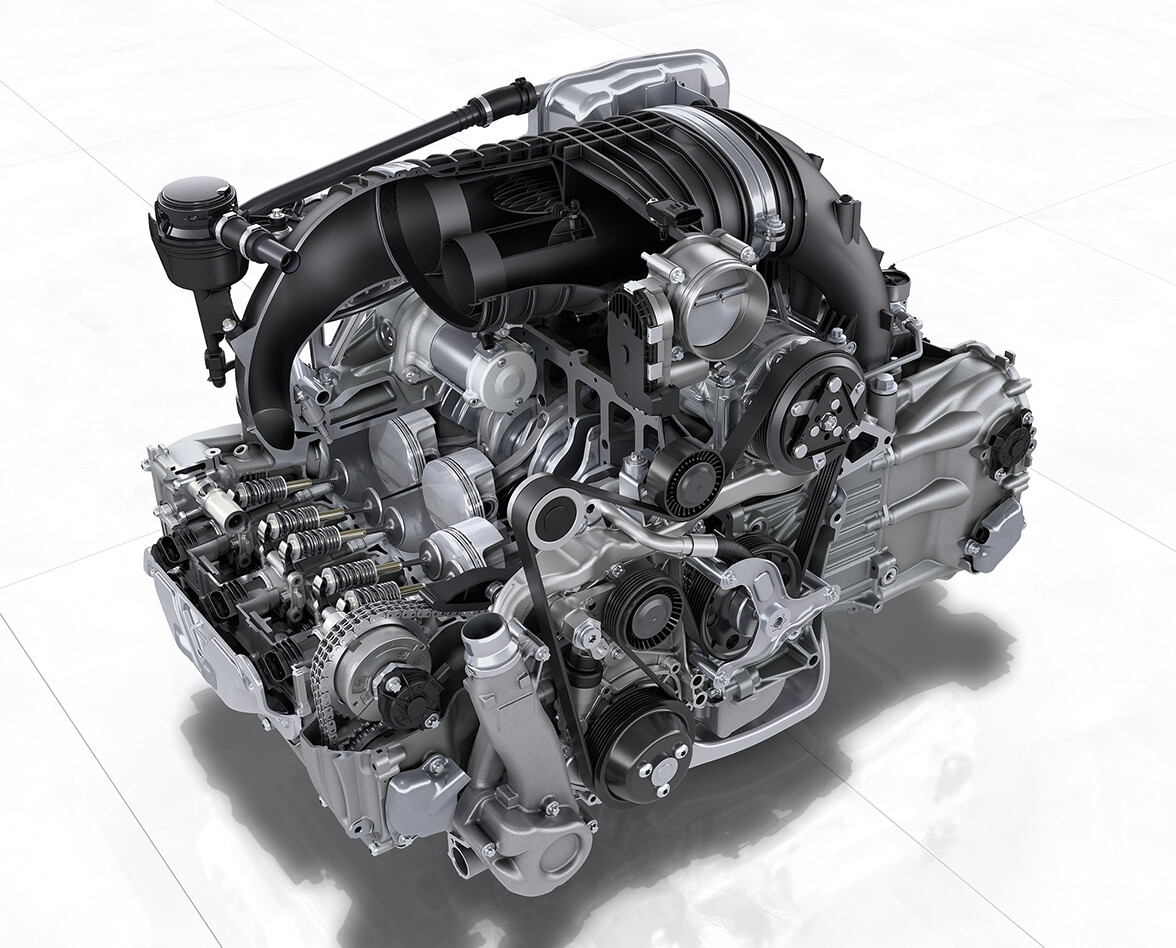 Porsche’s race-ready flat-six could have made this list on the strength of its blood-curdling 9000rpm shriek alone, but the fact it remains the centrepiece of a car as complete as the GT3 says a lot. This new engine is built alongside the donks destined for Porsche’s GT3 Cup cars and is near identical. Compared to the old 3.8-litre engine that had some fiery issues in the existing GT3 RS, the 4.0 has a new crankshaft, bearings, pistons, rings, valvetrain… and the list goes on. Its outputs match the GT3 RS but the new engine boasts better tractability through the low- and mid-range and a frenzied intensity at the top end that’s hard to match. It is surely the world’s greatest naturally aspirated road car six. 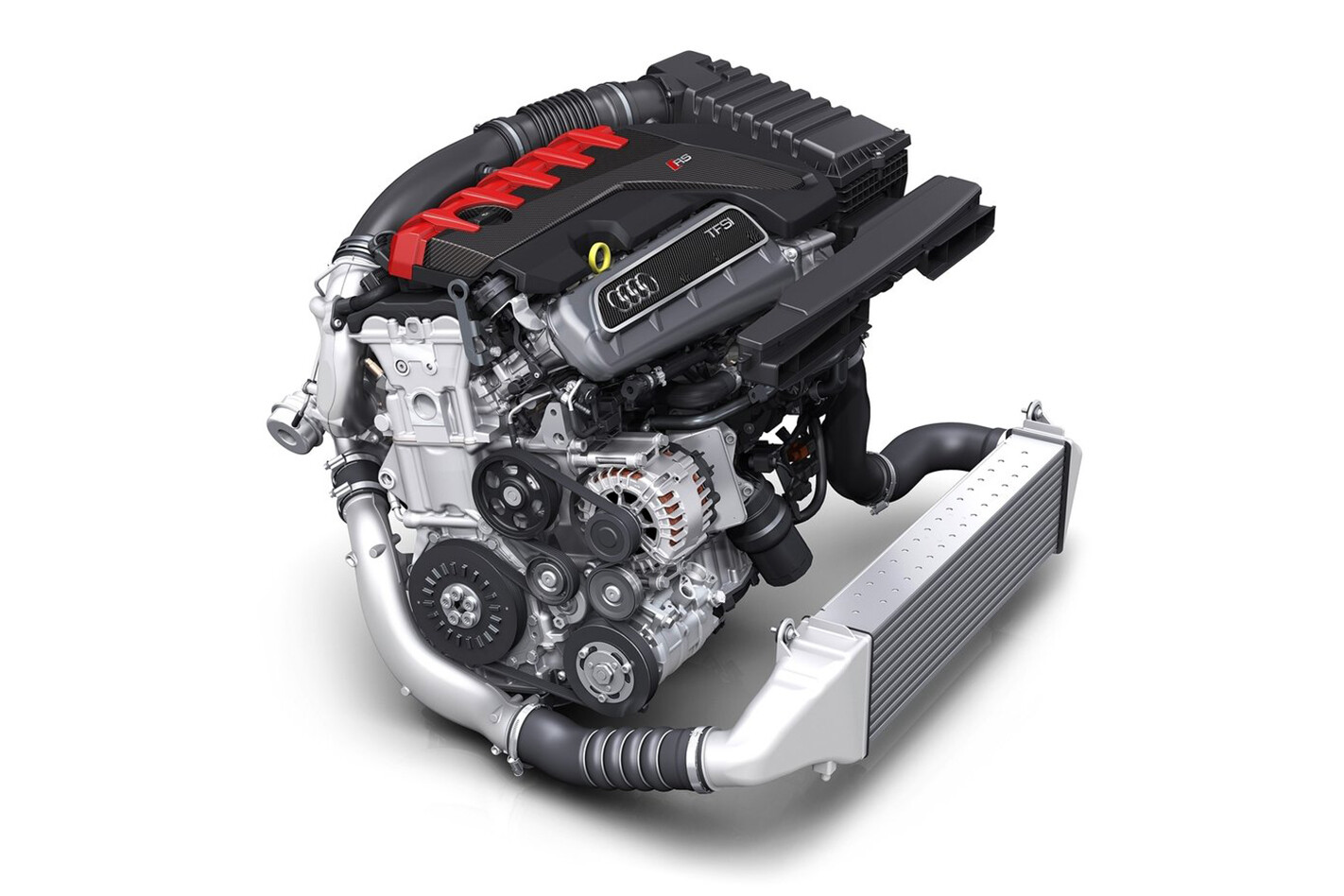 An engine’s character has a lot to do with its sound, and there are few engines as aurally distinctive as Audi’s five-cylinder. It’s an absolute cracker, and was duly recognised at the 2017 International Engine of the Year awards with a win in the 2.0- to 2.5-litre category. The TT RS, in particular, is defined by this new-gen engine, which is 26kg lighter than Audi’s previous five-pot thanks to an aluminium alloy block replacing the cast iron lump. The new engine spins more freely and also boasts higher outputs and greater efficiency. 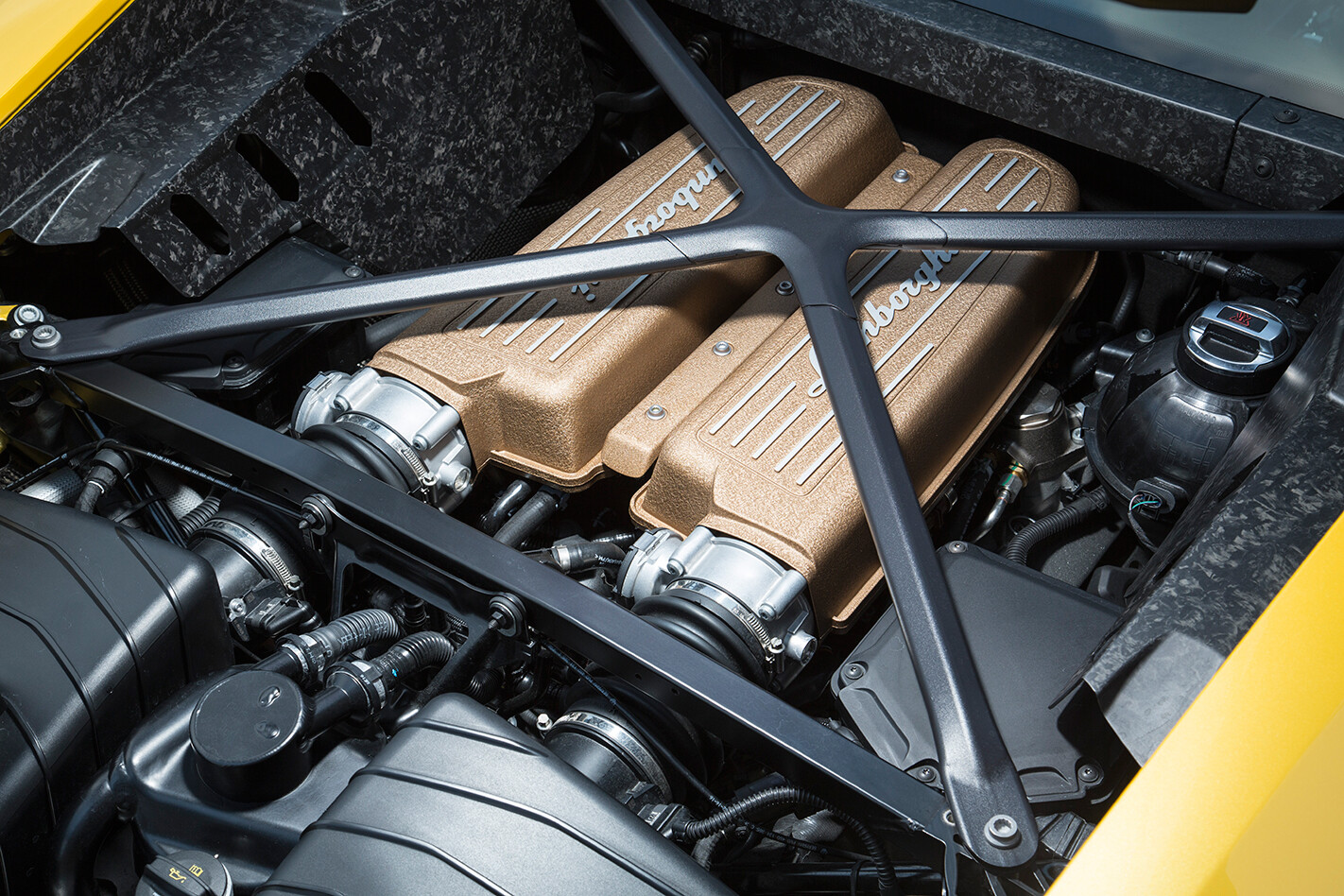 Yes, we know it’s not entirely a Lamborghini engine, but this is such an evocative V10 that it deserves its place on this list. Credit is owed to Audi’s engineers for creating the bare bones, but no R8 road car has packed a 470kW wallop like this one. Lamborghini took notes from the development of its Super Trofeo GT3 race cars to eke out more power for the Hurcan Performante. The changes include the use of titanium valves, a shorter, freer-flowing exhaust and a revised intake system. This is the most extreme iteration of the VW Group’s 5.2-litre V10. The tacho strikes its 8500rpm rev cut with such ferocity it feels like it could go around the dial again. And the noise? Simply epic. 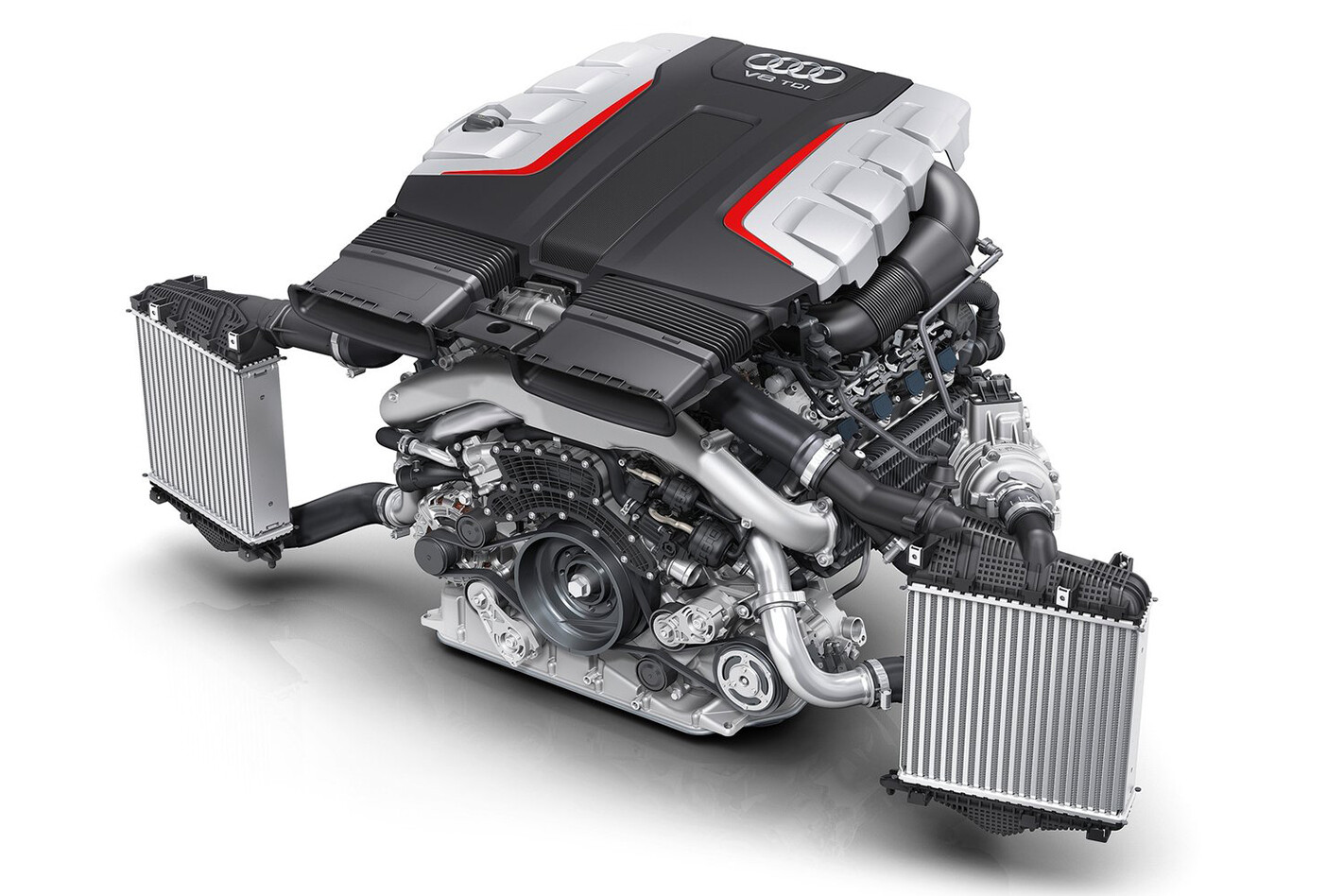 The only diesel to make this list is something quite special. It features two conventional turbos and Audi’s clever 48V tech, which adds effectively a third turbocharger to the mix in the form of an electric compressor. That means its peak torque of a mighty 900Nm is available from basically idle – just 1000rpm. This engine pushes the 2330kg seven-seater SQ7 from standstill to 100km/h in less than five seconds, and drinks diesel at claimed rate of only 7.2L/100km. 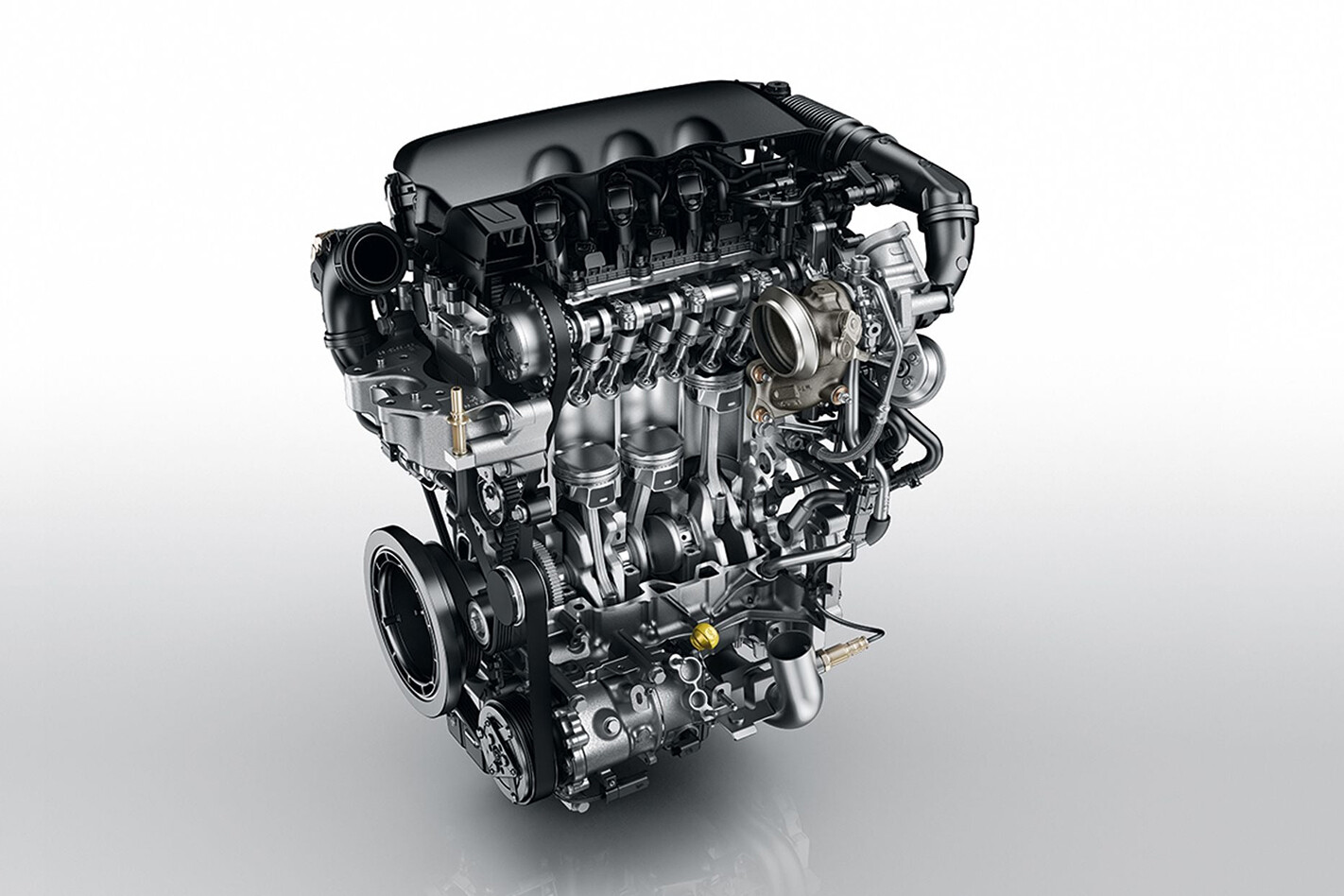 This little three-pot is a shining beacon of hope in the age of downsizing. PSA group has applied its lightweight, direct-injected PureTech 1.2 with excellent effect to a number of cars like the Peugeot 208 and Citroen C4 Cactus. In the 308 it’s especially gratifying, and has greater outputs than either of those cars while using a frugal 5.1L/100km. Wheels Jan ’17 says, “Numbers of 96kW and 230Nm are easily dismissed on paper, but they say nothing about its effervescent nature. Much of that charm comes from its rorty induction note and power delivery, which is as smooth as Sinatra’s velvety timbre.” We’re not alone in our adoration. Engine of the Year judges have given it the gong three years running in the 1.0- to 1.4-litre category. AMG is now responsible for building every Mercedes-Benz V8, and why wouldn’t it be? Its 4.0-litre twin-turbo V8, dubbed M178, is absolutely devastating. In its most disorderly state of tune, under the bonnet of the E63 S, it produces more power than AMG’s flagship sports car, the GT R. It uses an aluminium crankcase for lightness, but one that is strong enough to handle injection pressures of more than 1800psi. Other highlights include forged pistons, a low-friction coating on the cylinder walls and piston rings, and dry-sump lubrication, which allows AMG to ditch a conventional sump and drop the engine 55mm lower for an improved centre of gravity. A ‘one man one engine’ policy at the production facility in Affalterbach means each V8 is hand assembled by a single technician from go to whoa. 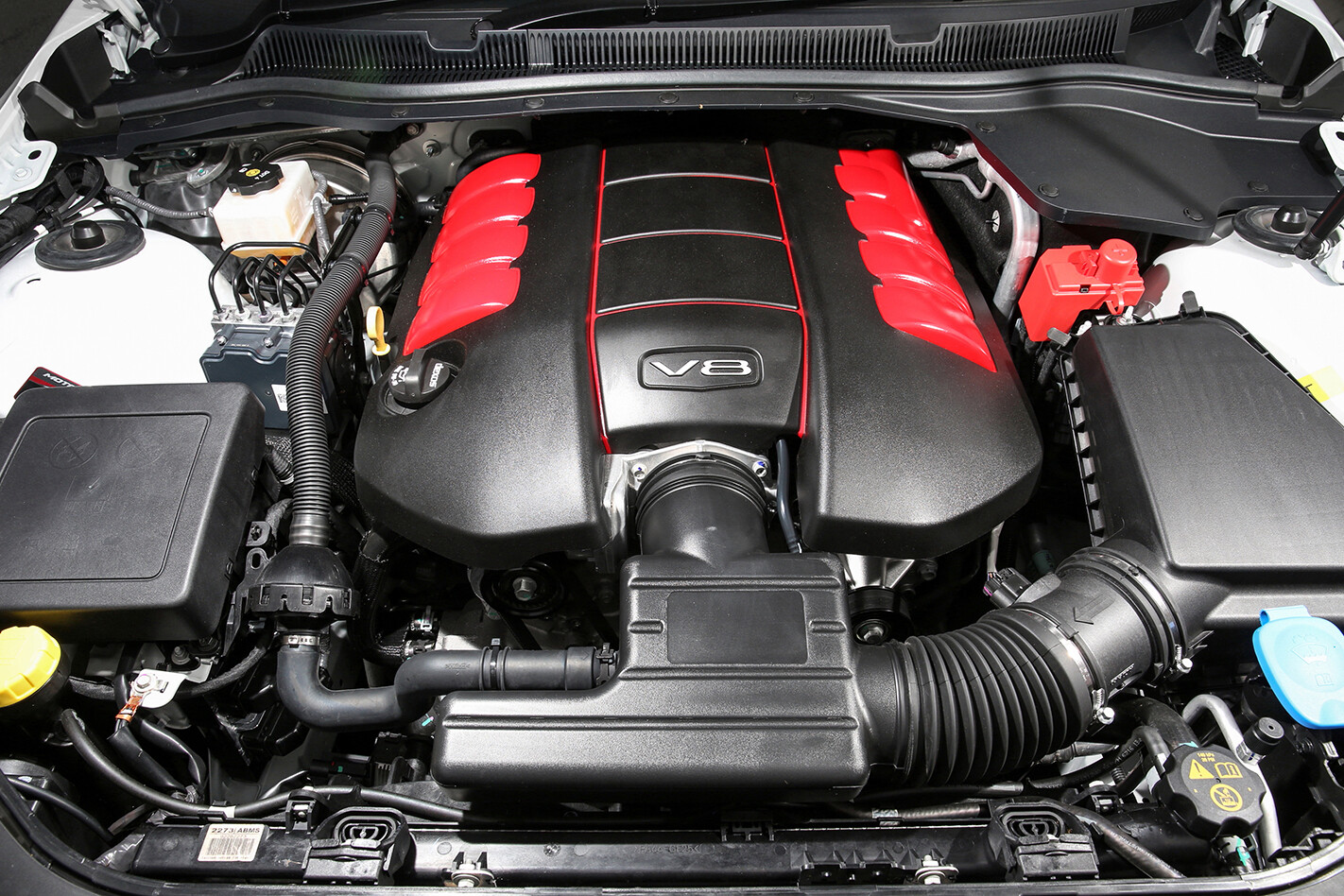 This is a tough one. On the one hand it’s tempting to put GM’s 435kW/740Nm 6.2-litre supercharged LSA V8 from HSV on this list instead of the ‘lesser’ LS3, but if truth be told, the atmo V8 is the more compelling engine, despite its lower outputs. In the SS-V Redline, the LS3 feels feistier, sharper, and more eager to respond to driver inputs. And it’s certainly not slow. It also sounds better as it isn’t chastised by the LSA’s bi-modal exhaust muffling all the fun at low rpm. Instead, the boisterous LS3 is instantly amusing and quite possibly the best engine ever fitted by the factory to a Commodore. Pushrod V8s like this one are far from sophisticated or efficient, but in this case none of that matters. 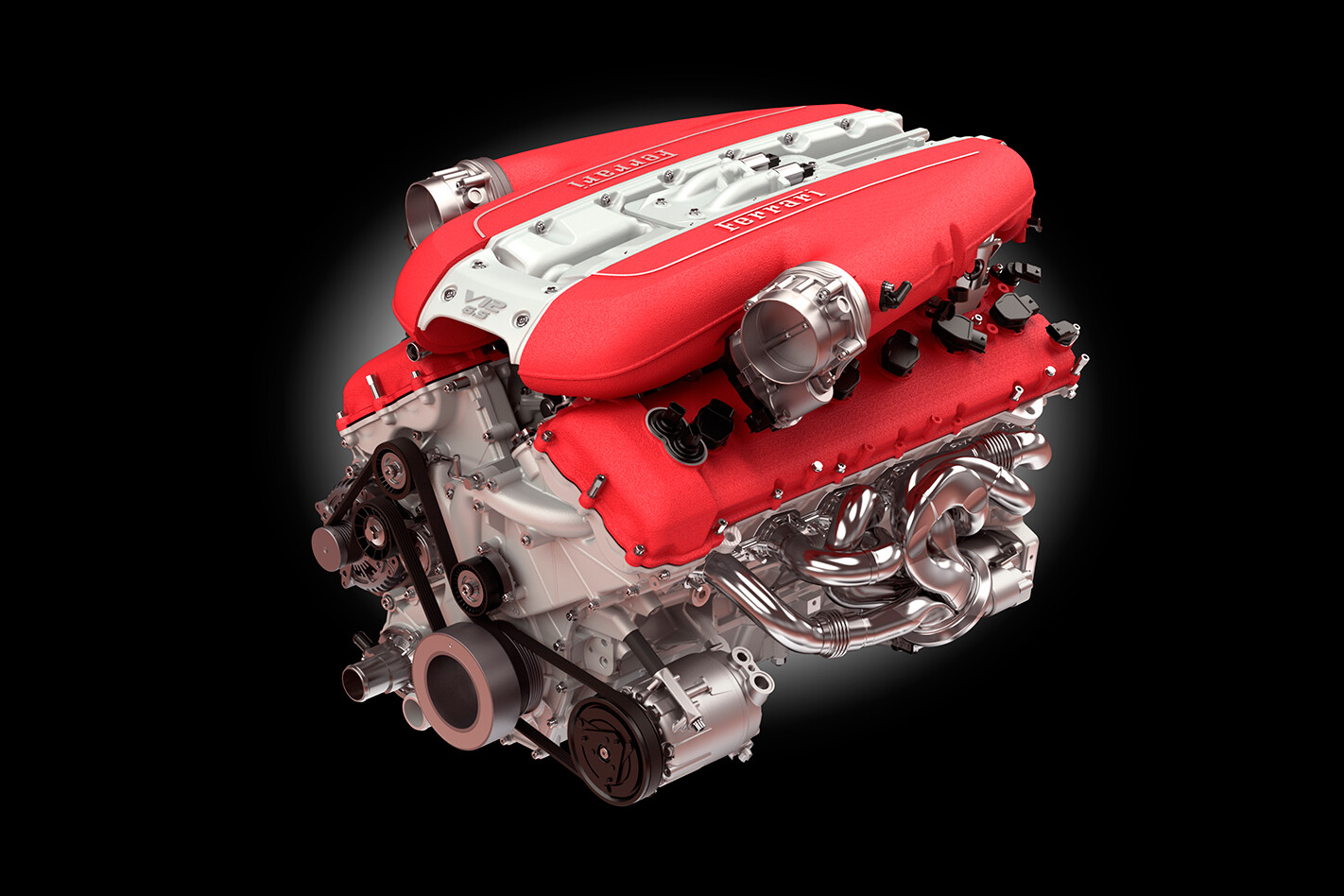 Ferrari has only just unleashed its heavily revised V12 in the 812 Superfast but we already know enough about this phenomenal engine to round out our list with it. Nearly 600kW at a giddy 8500rpm and a rev limit of 8900rpm mean the 6.5-litre slab reaches a pitch similar to the 911 GT3 but with double the cylinder count. Ferrari redesigned the engine’s intake and exhaust paths and added continuously variable intake runners that change length at different points in the rev range for improved top-end performance. Fuel is injected directly into each combustion chamber three times before each compression stroke via a high pressure ‘triple injection’ system running at more than 5000psi. Maximum torque arrives at a lofty 7000rpm, but at least 80 percent of that is available from 3500rpm. Under all this, the 812’s engine is based on the Enzo’s esteemed F140 V12 of 2002, which itself carried on a V12 bloodline started in 1947 that we hope we’ll never see the end of.