The five most fearsome automotive widowmakers

Porsche’s unhinged 911 GT2 is back. We round up some of the other genuinely scary sports cars

To heart surgeons, it’s a diseased coronary artery. To tree surgeons it’s a bough that’s set to drop off and kill somebody. Others will know it as the nickname for the notoriously tricksy Lockheed Starfighter, a fighter jet with a tendency to augur into the ground with alarming regularity. To the likes of us, it’s most readily associated with the malevolent Porsche 911 GT2. We’ve just seen the latest 911 GT2 RS, the latest version of the Widowmaker, and we got that same feeling as Chief Brody when he had to get into the shark cage. Porsche isn’t alone in building cars with a certain reputation. Here are a few of the others that will have you checking your last will and testament.

We chose the AC Cobra, but this could really apply to any number of overpowered cars with undercooked suspension systems from days of yore. The rear-engined Chevy Corvair did a great job of slithering off wet roads arse-first, while there were also stealth widowmakers like the 4.1-litre TC Cortina 250 which never seemed scarily powerful, but which would understeer off the road as if the steering column had turned to liquorice. It’s the Cobra that really gets our attention though. Shelby admitted that the original tubular AC chassis had less torsional rigidity than the rail frame of a Model T Ford. That combined with an antiquated leaf spring rear end meant that the Cobra could be terrifying on a poor road. Even on a good surface the front end wanders alarmingly and the brakes are eye-poppingly feeble. As a combo, it makes the Cobra tough to beat. 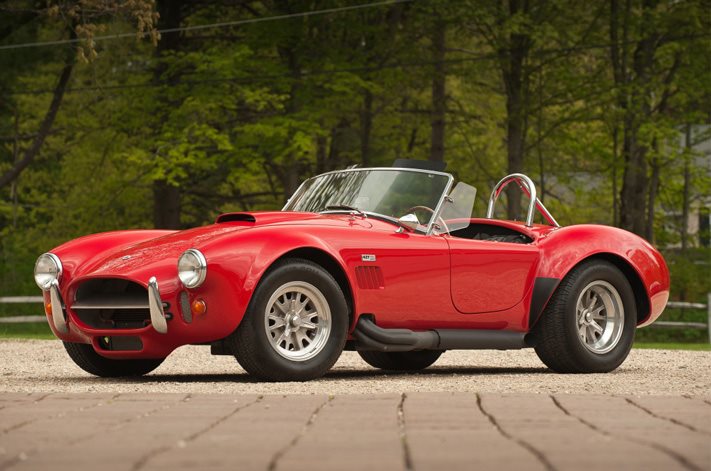 Mid-engined cars can be intolerant of a clumsy hand at the wheel, and the original Clio V6 is a salutary lesson in polar moment of inertia. The original European launch of this vehicle was hilarious, with Renault choosing a kart track in France to demonstrate the car’s ability to go agricultural with hapless journos flapping at the controls like pigeons in boxes. A two-seat hatch that tipped the scales at 1381kg, the original Clio V6 was never even particularly rapid, its power to weight ratio inferior to that of a Clio 182 Trophy. It was certainly exciting on a challenging road though, its 40:60 front to rear weight distribution giving you a tangible appreciation of momentum, coefficients of friction and your own mortality. The Phase 2 version got a wholesale suspension redesign, with a new rear subframe, longer rear trailing arms and longer, softer bump stops. The front end was also beefed up and the steering improved.  Modern tyres and dampers help the car a bit, but this is one that’s a rare sight in Australia and likely to stay that way. 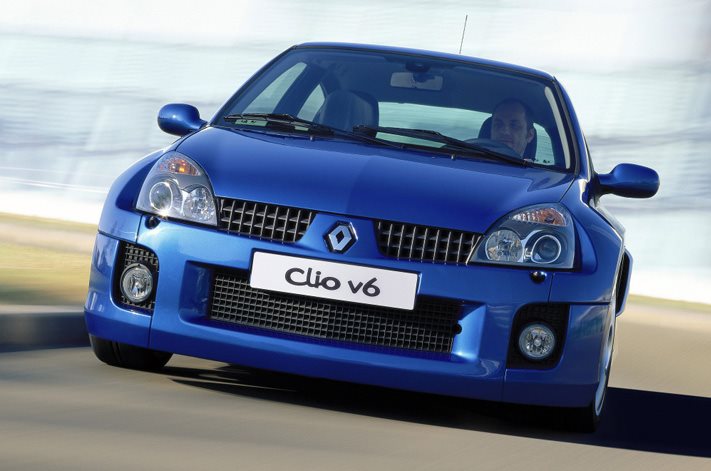 We’ll stick with oversquare mid-engined cars and nominate Lancia’s iconic Stratos. This is a car with a 2180mm wheelbase. A Kia Picanto has a 2400mm wheelbase. The road cars had a modest 140kW but in full Group 5 trim, the Stratos was good for 420kW. The competition car was designed around one man, diminutive works driver Sandro Munari. In his hands, the Stratos won the Monte Carlo Rally in 1975, 1976 and 1977 amongst other big wins, but the car required such a skill level that many drivers tried and failed to master it. Björn Waldegård was about the only other factory hotshoe who could get to grips with the spiky Stratos. It wasn’t a lasting relationship though. He ignored team orders and beat Munari in the 1976 San Remo Rally and was promptly sacked. Driving a road Stratos is an exercise in commitment and throttle balance. It’s the only rear-wheel drive car I can think of where the back wheels toe out, so it has hyper-sharp responses on the way into a corner. Get on the throttle a fraction too quickly or back off sharply and you’ll be doing a lot of twirling. That rapid response from the rear suspension is balanced by dementedly slow steering at three and a quarter turns lock-to-lock. Its reputation is fully deserved. 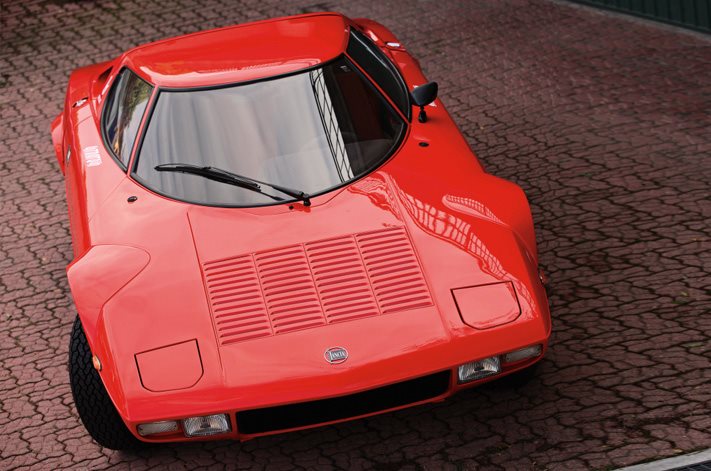 I know what you’re thinking. How could a Lotus, the fruits of Colin Chapman’s genius, ever be considered a widowmaker? And it’s true. The Elite was a sweet little thing, seemingly benign right up to a point that the front suspension pulled out of the stressed-skin fibreglass monocoque and sent you spearing off the road, usually at a fair old clip. Chapman had a famously cavalier attitude to safety, preferring instead to concentrate on speed and handling. The Elite earns a special place on this list for being one of those cars that seduces with its dynamics but which leaves a very bitter aftertaste. 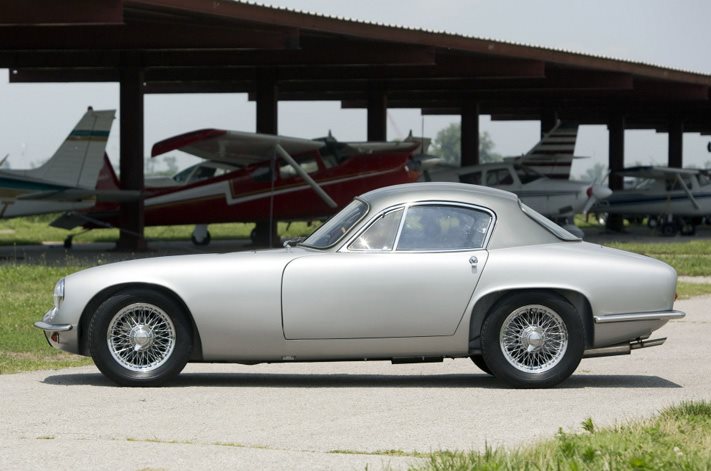 A bit contentious? You bet. The first S2000 was a car that felt pretty damn good driven up to about eight-tenths. You’ll find fanboy forums full of people with nothing but praise for the S2000, denouncing anybody who criticises the car as a know-nothing. Yet Lotus’ chief dynamics engineer fell about laughing as he described the ineptitude of the AP1 S2000’s (1999-2003) stock suspension setup, and while some of these shortcomings could be rectified with better tyres and a few tweaks to camber, caster and toe, the arcade game steering, lack of any stability control and propensity to oversteer at huge speeds remained. The 2004 facelift made a whole host of remedial changes resulting in what Honda described as ‘a more communicative, predictable and exhilarating drive’. Oversteer was better contained, the steering was still a bit iffy, but the engine response was as berserk as ever. The widowmaker tag was finally retired. 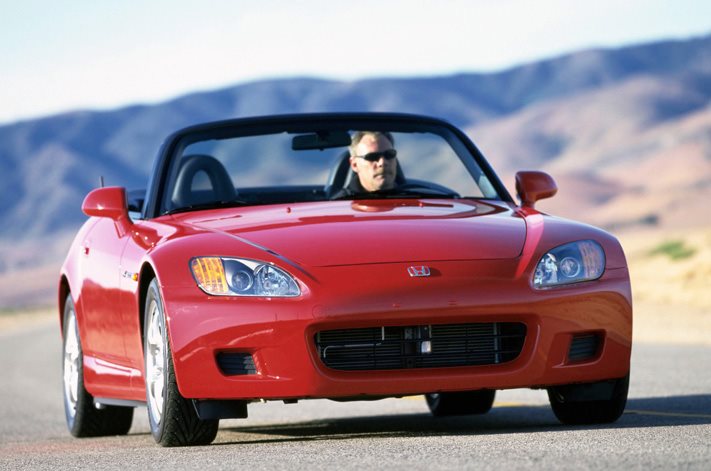