Lugging soccer balls and car pooling doesn’t have to be boring, as proven by these nine station wagon utility warriors that gloriously pack more horsepower than luggage capacity.

This was originally published in MOTOR during July 2015. 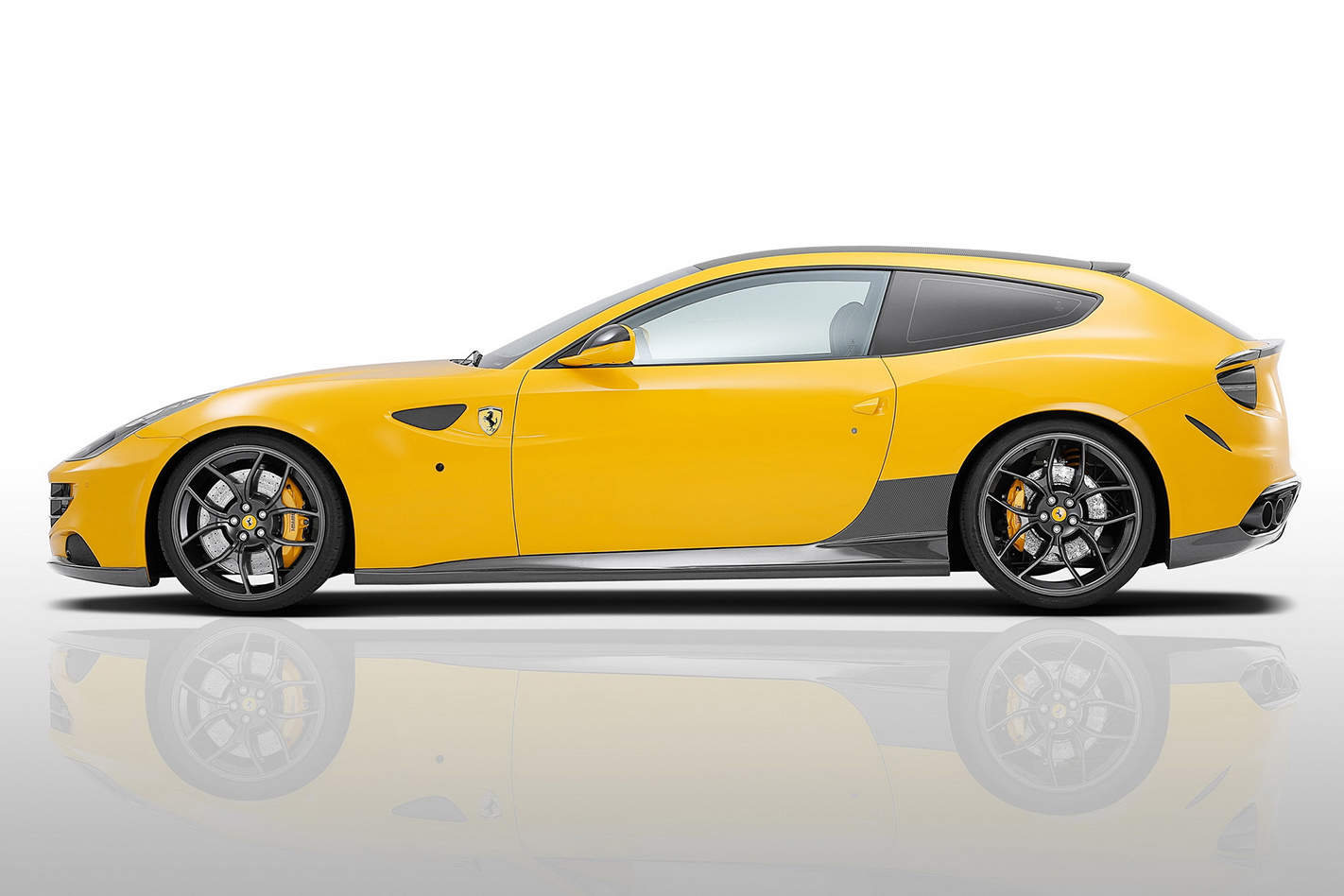 With 516kW and 714Nm, this tuned breadvan-styled Fezza will blitz the weekend shopping run quicker than red cordial spikes toddler energy levels. But if passengers aren’t, for some reason, impressed by its charging acceleration, drop the windows and let its exhaust note cut down criticism. Shame it doesn’t look as good as it sounds. 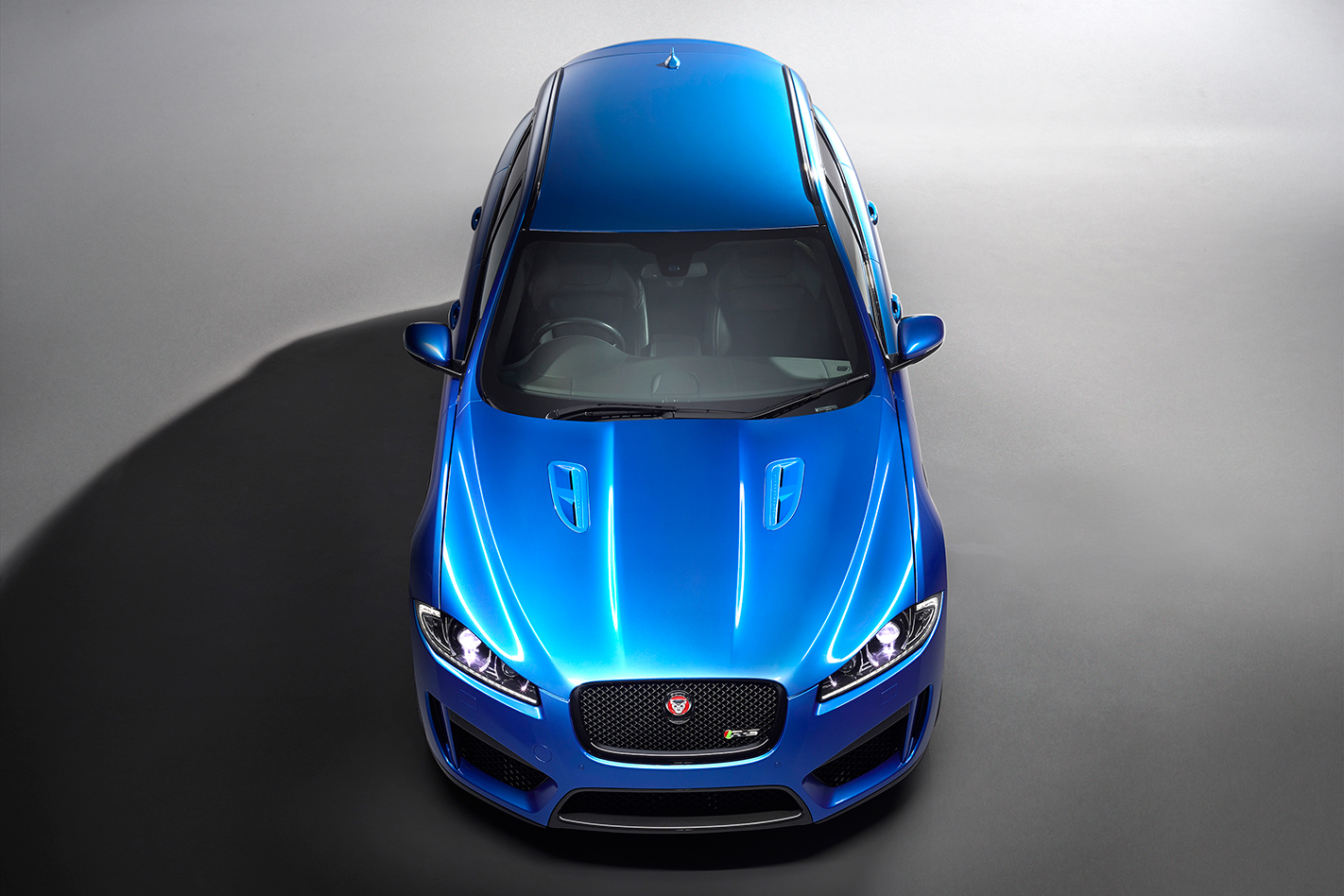 A big sign Jaguar’s got its fangs back is its 404kW/680Nm XFR-S Sportbrake. Because while it’ll carry your skis to the snow, you won’t need ’em. The thunderous concert from its 5.0-litre supercharged V8 is loud enough to bring down an avalanche. And thanks to relevant chassis tweaks, it should corner quite well when running from it. 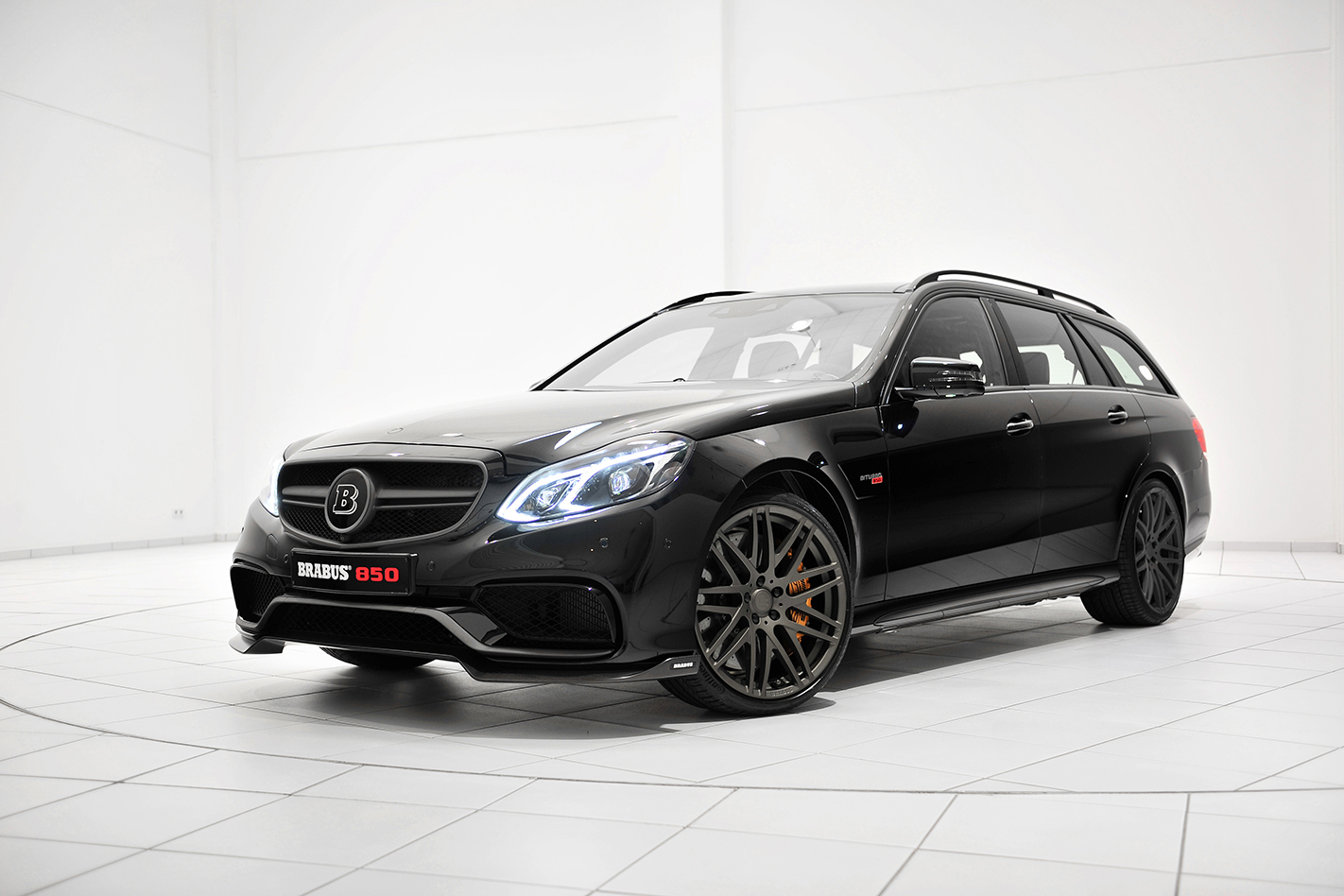 What do you need if you’re always late but commute via the Autobahn? Probably an alarm clock, but we suggest a Brabus 850. With 625kW/1450Nm from its bored and balanced 6.0-litre turbo V8 , making up lost time should be a breeze. Top speed is quoted as “in excess of 350km/h”, possibly because no one’s been brave enough to find out.

As with another Benz-badges entrant on this list, there's a newer and faster version... but for pure cool points the big V8 takes the cake. 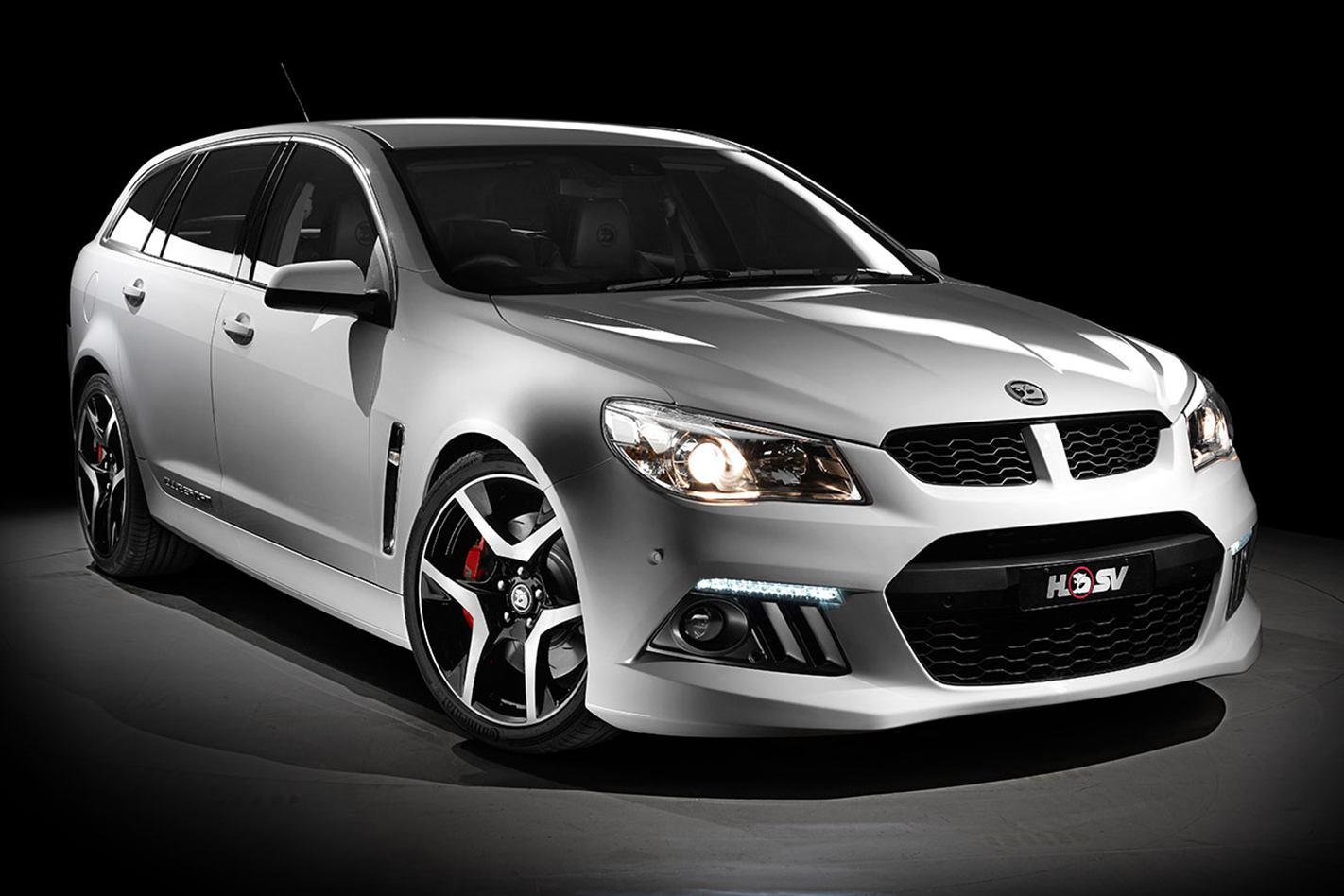 While there’s plenty of exotic wagonistas with more power than a nuclear reactor, it’s the R8 Tourer that makes the idea of parenthood more comfortable. It’s affordable, it’s fast (325kW/550Nm), and sounds bloody mean too. Prickly neighbours? All taken care of by its bi-modal exhaust. And, providing soccer’s on Saturday, it’ll lap up Sunday track days too. 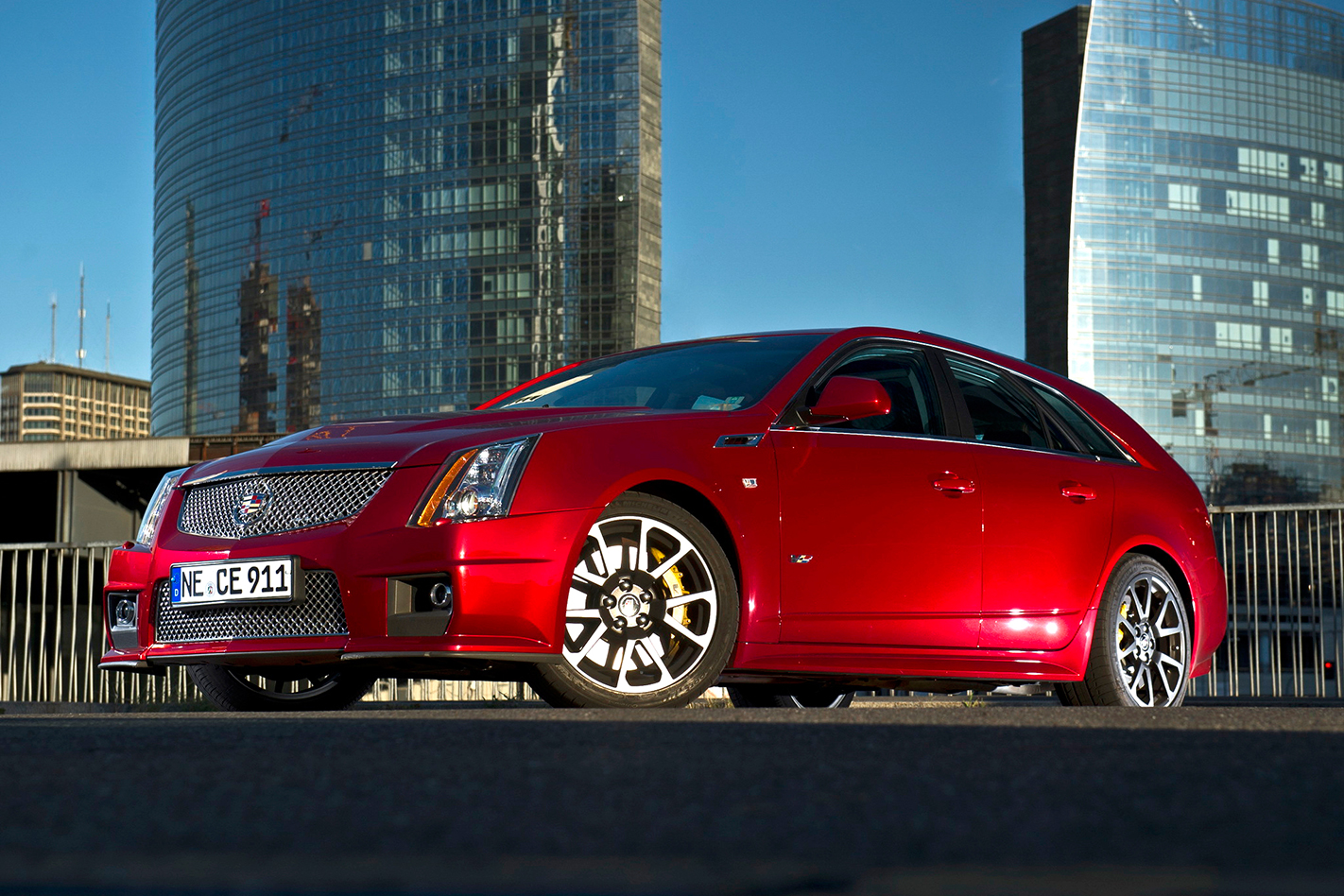 If there’s good reason to envy left-hand drive, it’s this car. The CTS-V, a 415kW/747Nm four-pillared colossus that features the same Eaton supercharged LSA found in the HSV GTS. Adding to its salivating hardware are Brembos, magnetic dampers and Michelin tyres, topped off by the optional Tremec six-speed manual. 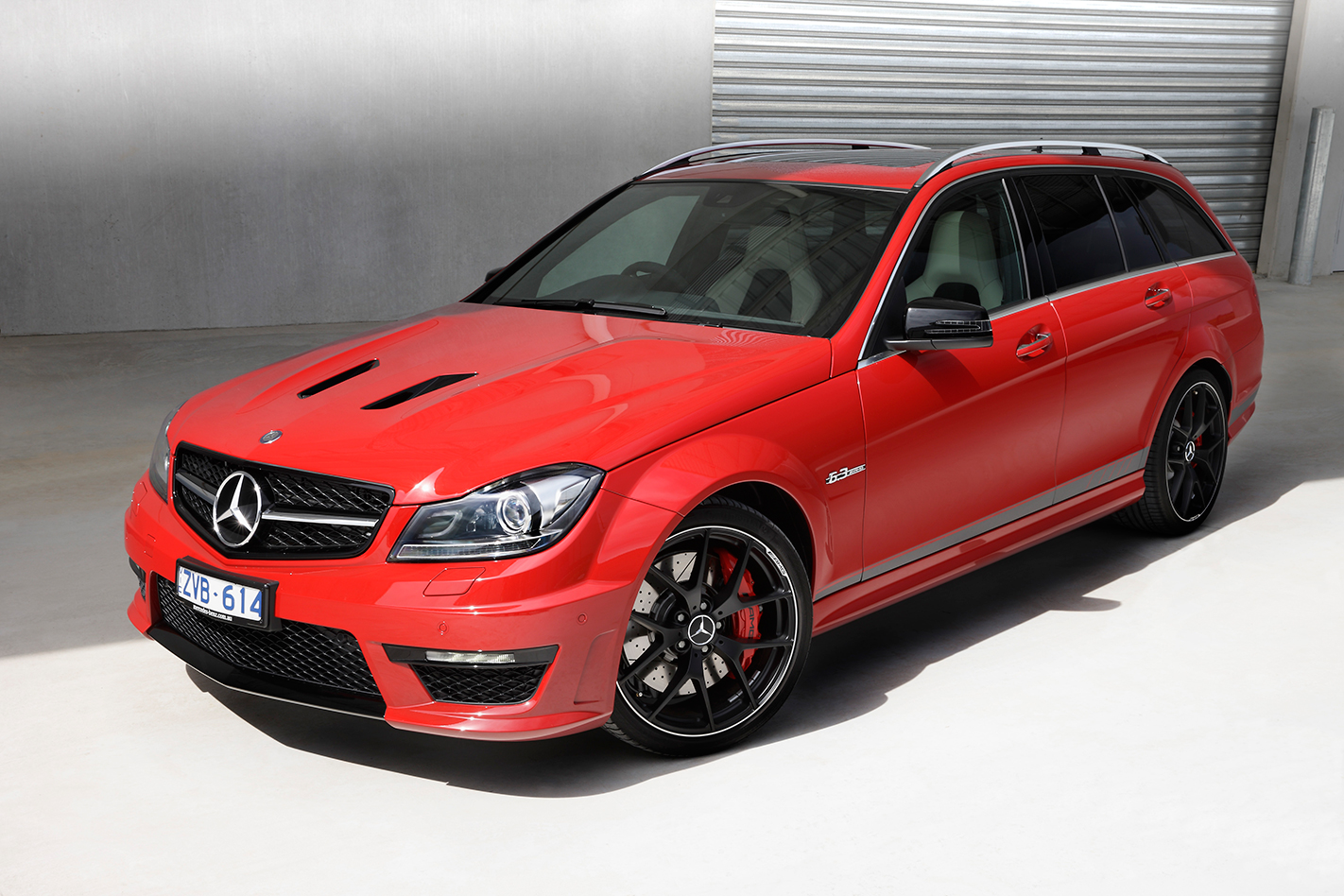 Using all the best bits from AMG’s now discontinued SLS supercar, the 507 wagon makes 373kW thanks to that mighty 6.2-litre atmo V8 which uses the forged pistons and lightweight crankshaft from the SLS. It’ll hit 100km/h in 4.3 seconds while producing one of the meanest V8 notes in the business. Handy when you’re cutting laps or trying to make the wife and kids ill.

As with the Brabus, the older (and in this case atmo) engine still beats the newer one for cool points. 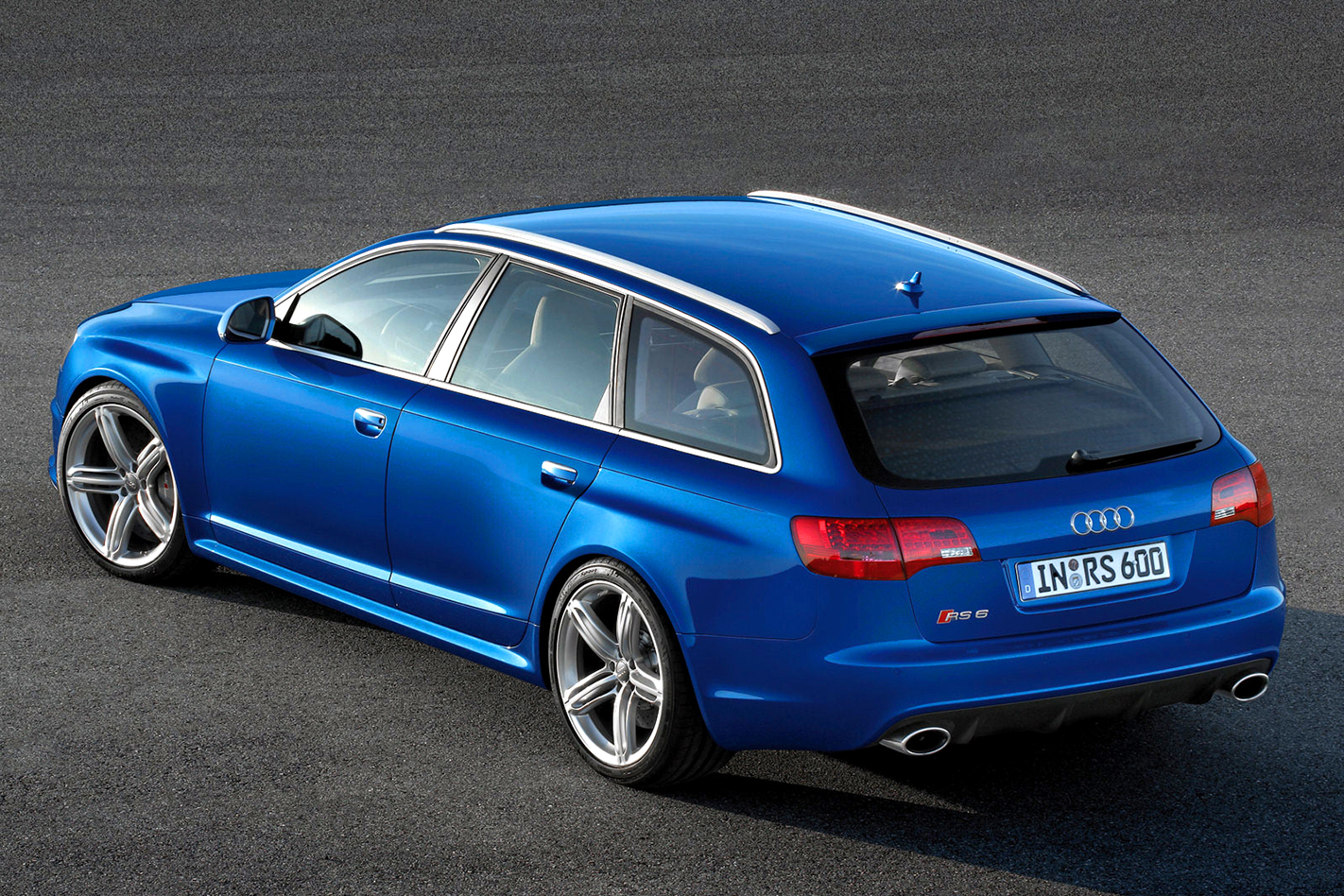 The only difference between the RS6 Avant and a rocket-sled is nice leather. Since 2002 the RS6 has pasted the Audi luxury experience to an all-wheel drive system that could warp time. We were tempted to mention the more recent twin-turbo V8 version, but the twin-huffer V10 (C6) is cooler, because, well, it has a 426kW V10.

Sure, Audi has since developed two more RS6s with twin-turbo V8s, but is that really cooler than a V10? 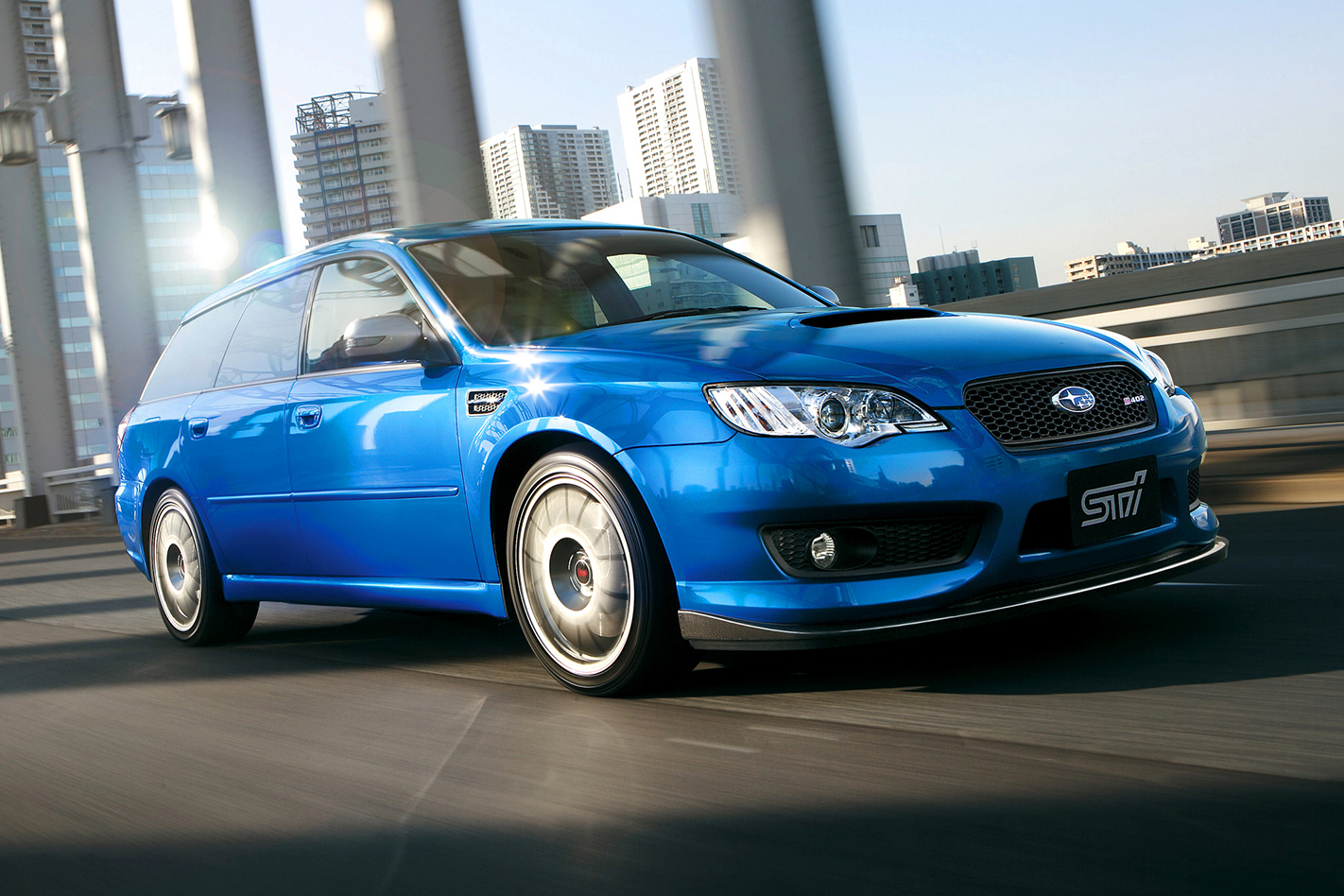 The 2008 S402 was the ultimate Legacy (Liberty in Oz) parts-bin special. Know-how from the WRX STI was applied with a twin-scroll turbo helping the 2.5-litre boxer four make 210kW/392Nm, along with pillow ball suspension links, Brembos and wider tyres and guards. Unfortunately, only 402 were built exclusively for the Japanese market. 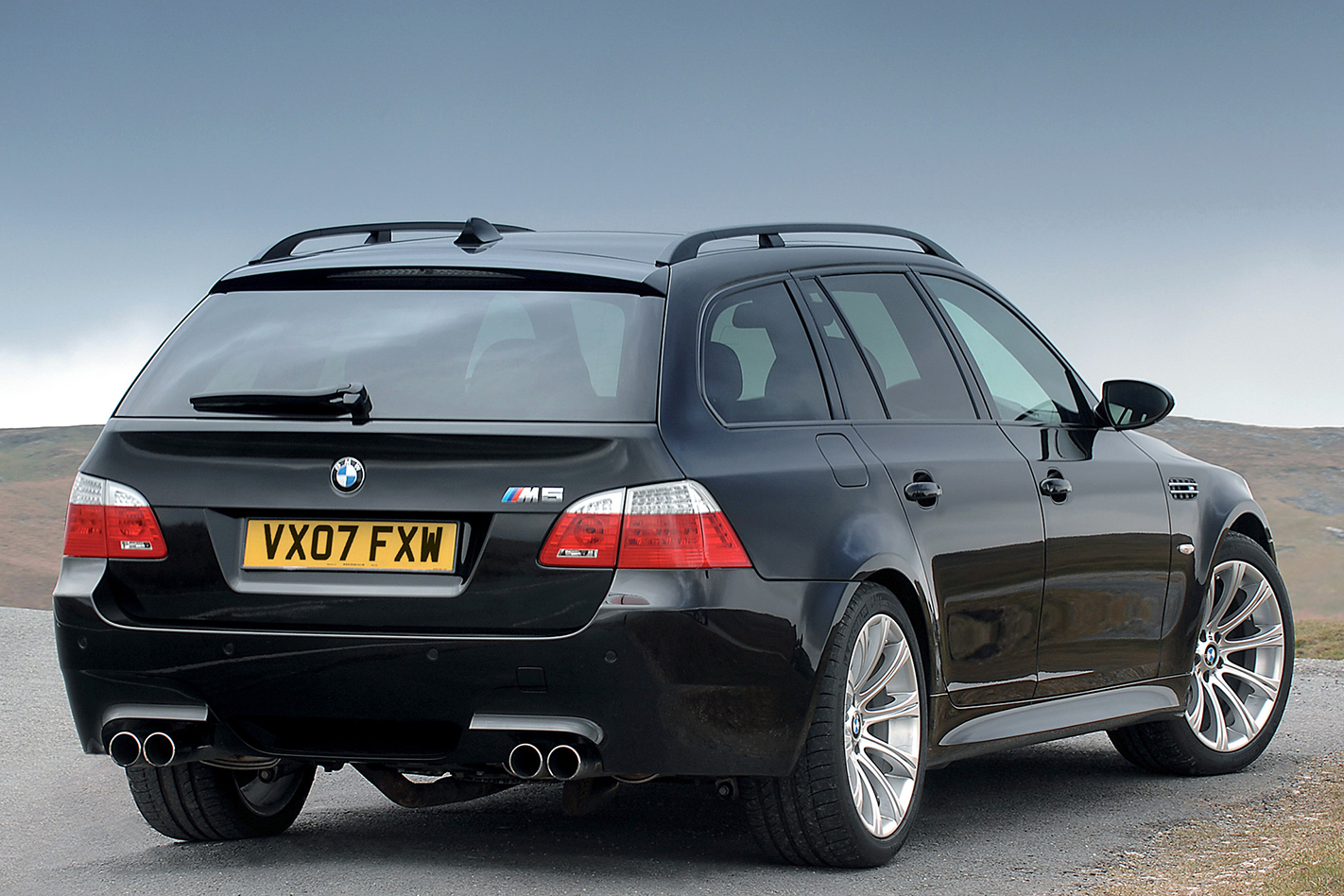 It’s cars like these that help restore our faith in humanity. As the global financial crisis gripped the world economy in 2007 it was BMW that, bravely, built a station wagon that could empty your savings account after one fill-up. With a 373kW race-bred V10 up front and the ability to haul dogs in the back, it’s a four-door smile-fest that unfortunately never made it here.

MOTOR feature: History of the M5 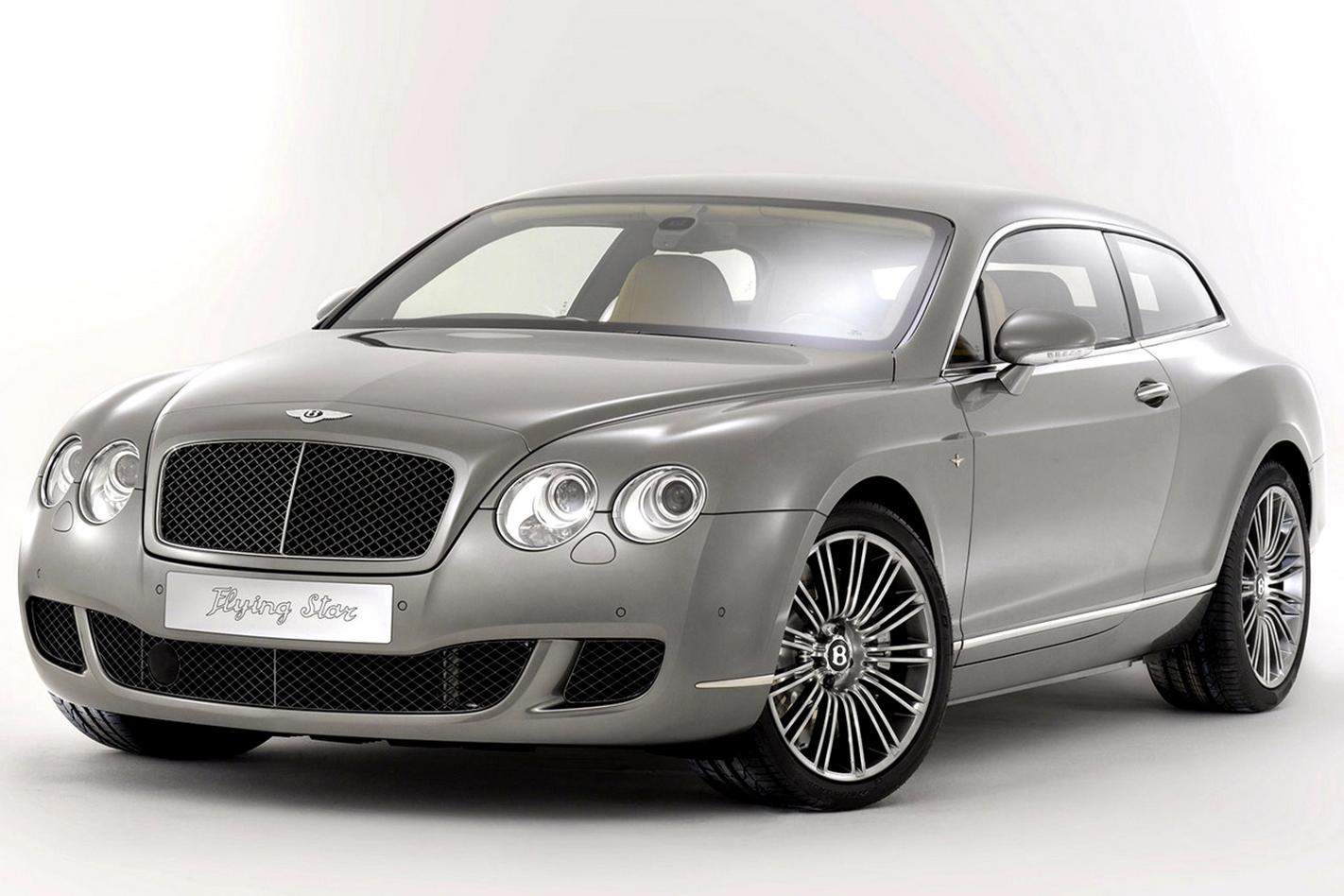 Carrozzeria Touring, the same blokes who made the gorgeous Alfa Disco Volante 8C and, more recently, the Mini Superleggera, happen to also re-body Continentals by hand. From the A-pillars backwards, they create the most opulent chariots ever suited for soccer balls. In ‘Supersports’ top-spec the Conti Flying Star uses a 463kW/800Nm W12 to haul its 2295kg.