has any car in history suffered from greater stigma than the Toyota Camry? Synonymous with cardigan-wearing, bowls-playing septuagenarians, Toyota Australia attempted to spice up the Camry’s image with the TS-01.

Unveiled at the 2005 Melbourne Motor Show, the TS-01 featured some serious re-engineering, starting with the addition of a supercharger to the 3.0-litre V6. Outputs lifted from the standard 145kW/284Nm to 185kW/320Nm thanks to 0.5bar (7psi) of boost and a new cat-back exhaust, while the ECU was remapped with the assistance of Toyota Japan. 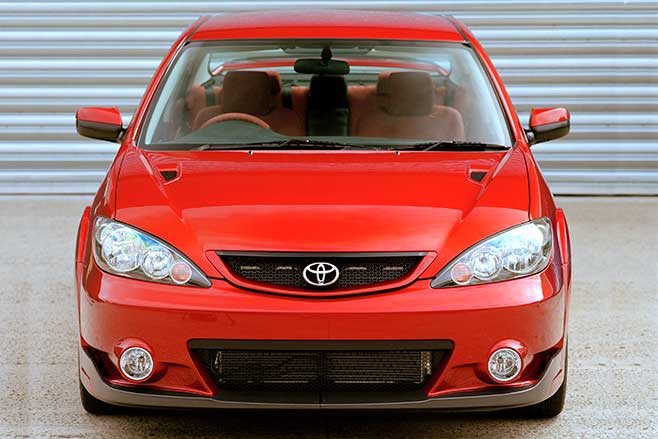 The five-speed manual was standard internally but became a bit snappier to use thanks to a short-shift kit while a heavy duty clutch adapted from Toyota’s Corolla GT-Four rally cars transmitted the extra grunt.

Even greater attention was paid to the Camry’s chassis, but then it needed it, as it was no great athlete in standard guise. The ride height was dropped to the ADR limit, spring rates increased seven per cent front and 3.5 per cent rear with dampers retuned to match.

REVIEW: The 2020 Toyota Camry range
Engineers sped up the steering rack by 14 per cent and stiffened the bushes by 100 per cent, while also stiffening the anti-roll bar drop links and rear subframe. Rear toe was dialled back to nearly nil and new 18-inch wheels wore 225/40 Michelin Pilot Sport tyres. 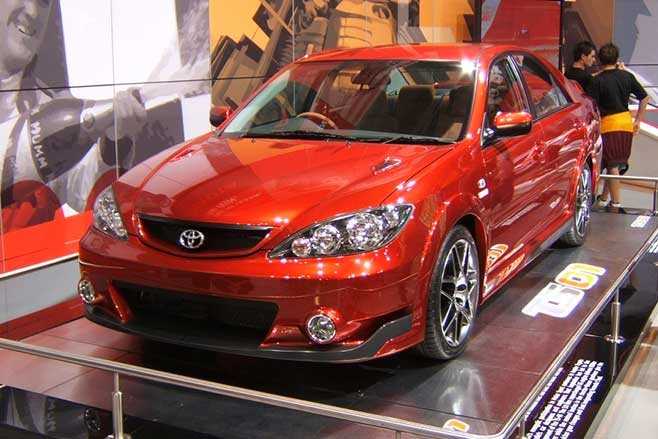 Last but not least, the front brake rotor size was increased from 280mm to 325mm and clamped by a new two-piston caliper with performance Ferodo pads. Exterior enhancements included side skirts, a new rear bumper and longer spoiler, the design team led by WhichCar Style Award judge Paul Beranger.

History shows that a hot Camry never reached showrooms, but the positive reception to the TS-01 must’ve helped green light the TRD Aurion that appeared a few years later.