Sydney lawyer Nathan Khoury has owned 20 Alfa Romeos in 12 years, and even swapped an Aston Martin Vantage for a Giulia QV. We had to find out what sparked the passion

THERE'S praise everywhere for the Giulia QV, the sports sedan that suggests that Alfa Romeo has finally found its mojo.

And the Milanese brand has mucho mojo: it’s been around for 117 years, Enzo Ferrari managed his first racing team there, Alfa drivers won the first two F1 world championships … on it went.

Up to a point. In 1986, Alfa Romeo was taken over by Fiat; in 1987, it ceased production of the exotic, affordable and rear-drive Alfetta GT/GTV6; and in 1988 it quit Formula 1. Aside from brief blips like the recent 4C Spider and the (even briefer) 8C and SZ, Alfa Romeo did bugger-all to arouse enthusiast interest for 30 years.

So how does one explain Nathan Khoury, a 29-year-old Sydney lawyer who has owned 20 Alfa Romeos in just 12 years? 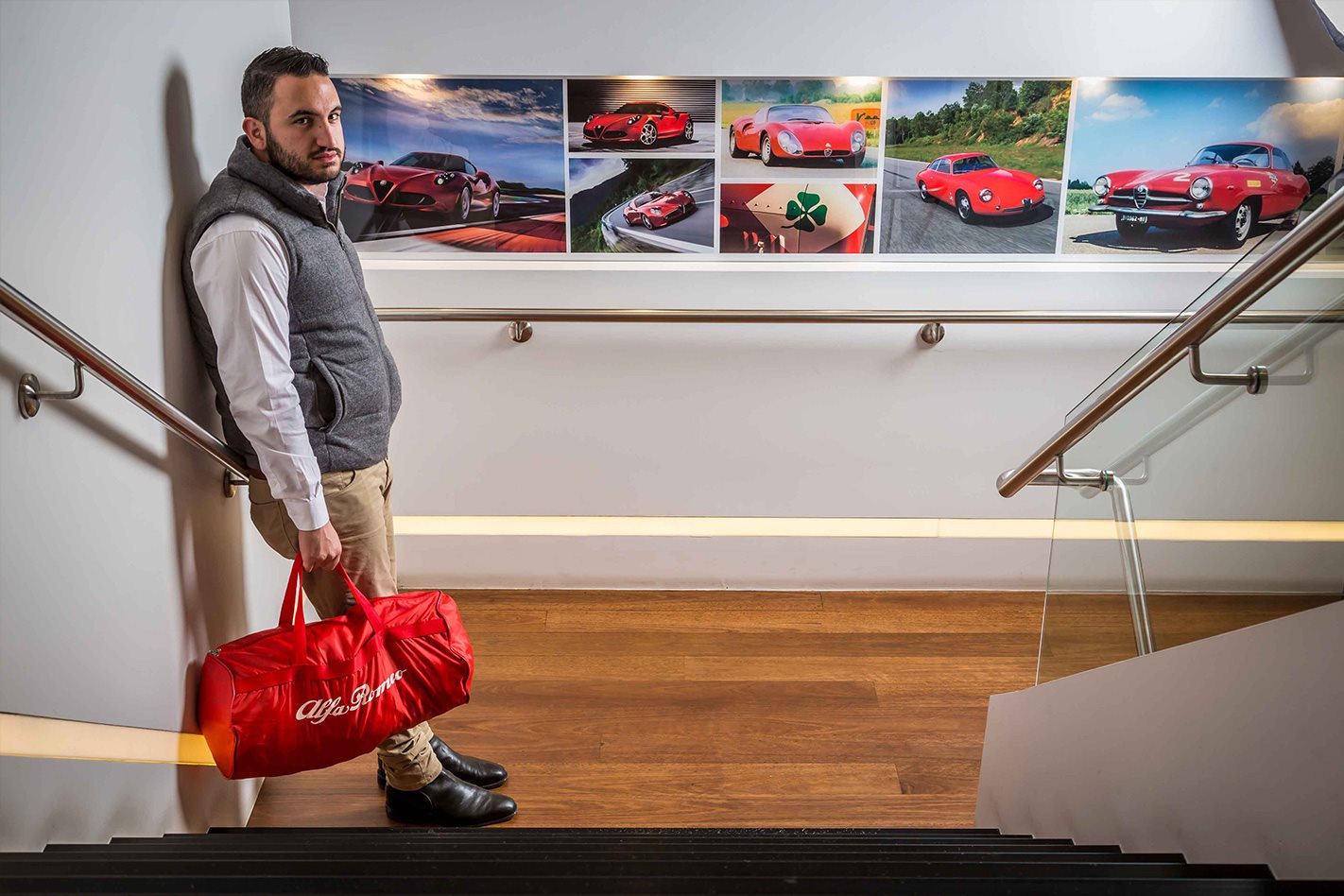 We met Khoury as he made it #21, taking ownership of the white Alfa Giulia QV press-fleet car that your correspondent was just getting out of. It wasn’t that Khoury needed to buy a demonstrator; he was selling his 2016 Aston Martin Vantage for it.

“I read everything about the Giulia QV and didn’t think it was that impressive on paper,” he explains. “But as soon as I saw it in the metal, I had to have it. They were sold out for 2017, and this was the only one I could get my hands on.

“Everyone thinks I’m batshit crazy getting out of an Aston for an Alfa, but I don’t care.” 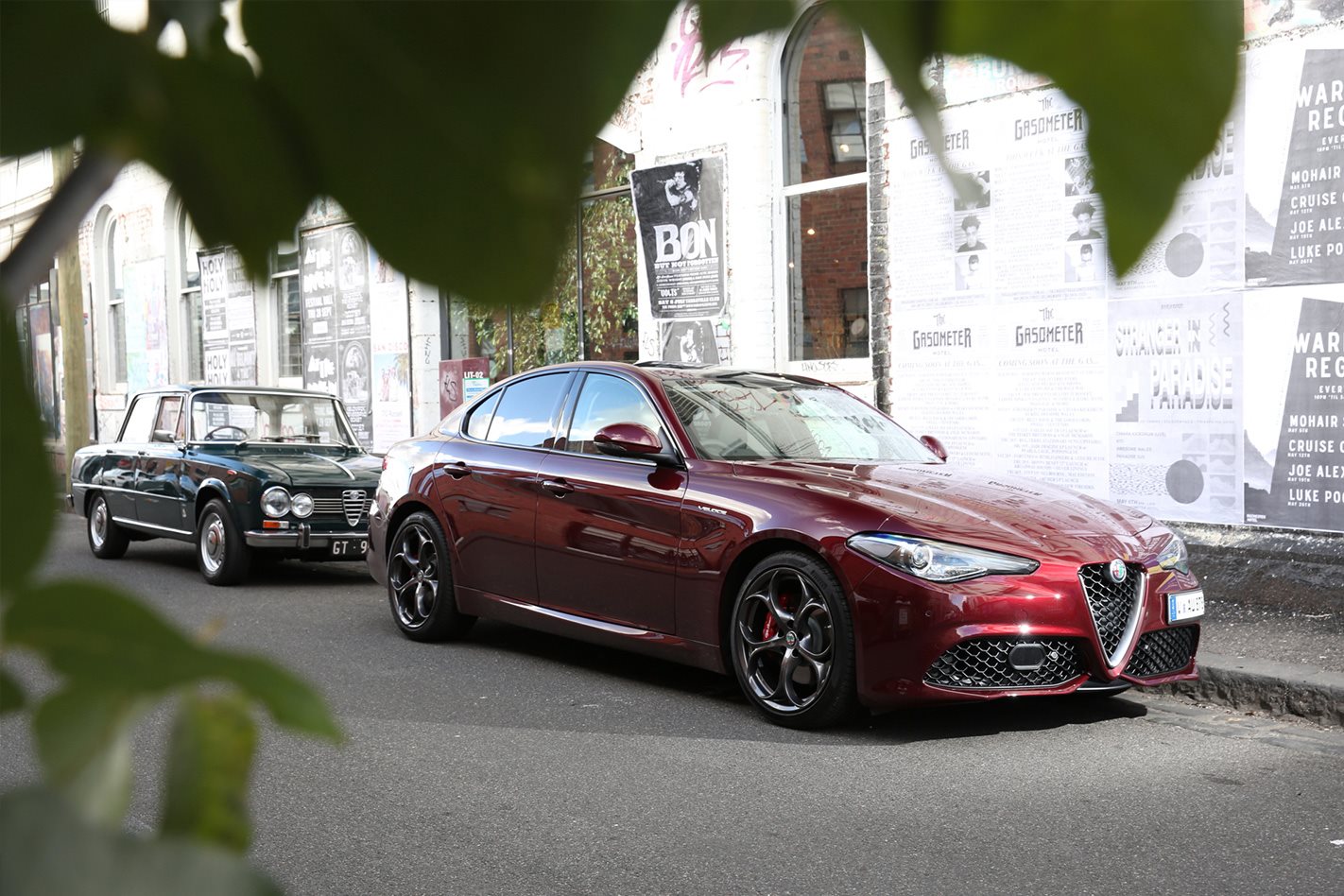 Khoury, a commercial litigation lawyer, was raised in German cars. “My dad always had Mercedes. My family liked nice cars, but no-one pops bonnets. When I turned 17, my dad came home with a silver Alfa 147 Selespeed for me. I was only supposed to have it for a month or so and get a Merc. But I fell in love with it. That was the start of the addiction, I guess.”

“My dad and my brothers all lectured me to get rid of it,” Khoury reflects. “But Frank started telling me a lot of the history of the brand – the Ferrari connection, the early grand prix history – and I thought, ‘I’ve got to look into all of this.’ 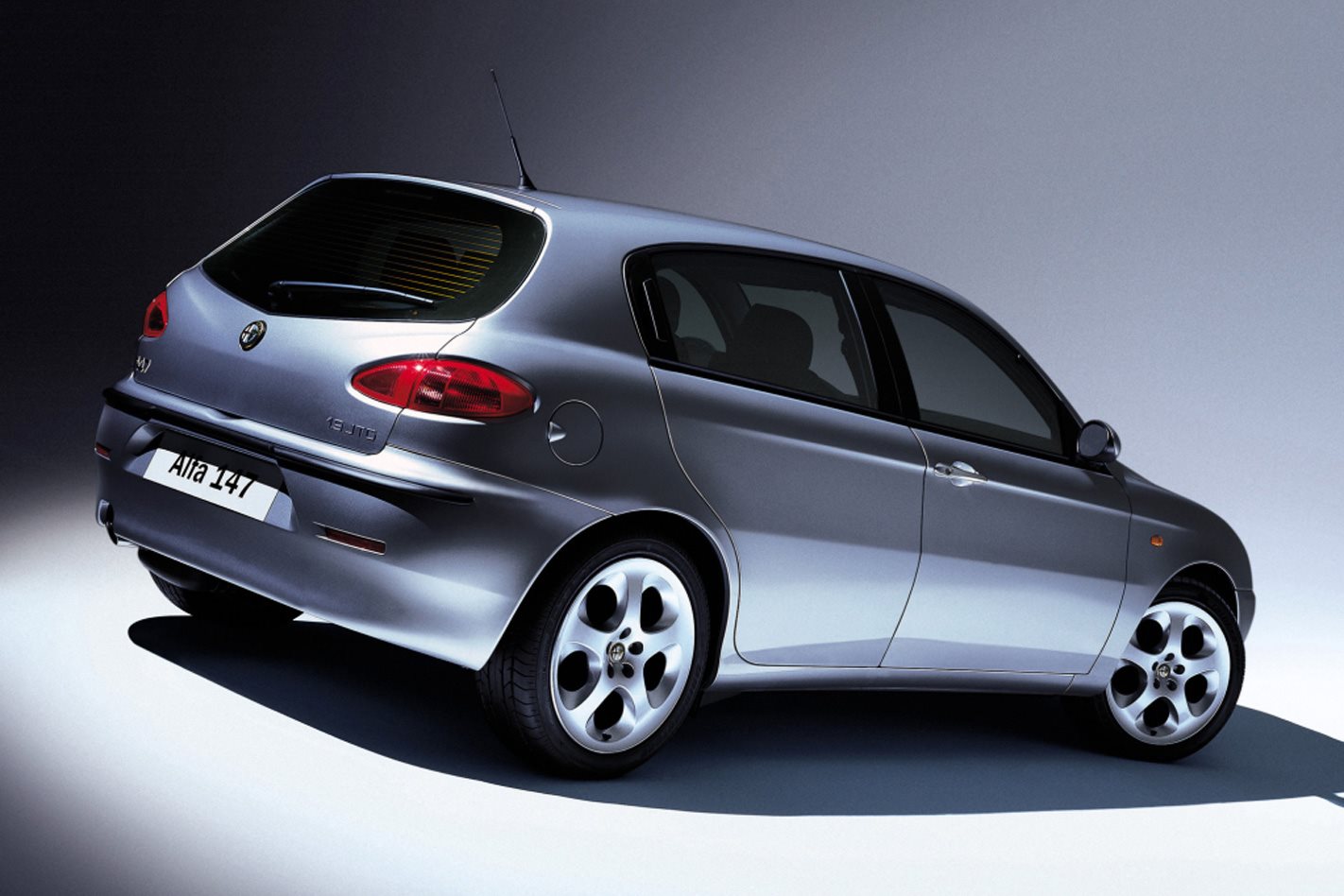 “That 147 was the only Selespeed I’ve owned and it’s been the only Alfa that has ever broken down on me.”

It made way for a Brera 2.2, then a Brera V6, then … “The list just kept going on. I’ve owned two or three at a time. I had a GT Classic Anniversary, a few 147 GTAs. Probably my favourite was a black 147 GTA. I regretted selling it and I still make offers to buy it back. Those GTAs, that [Giuseppe] Busso V6 – they’re the best.”

He’s yet to own any classic Alfas, but has recently made enquiries about finding a GTAm (1969-’71). 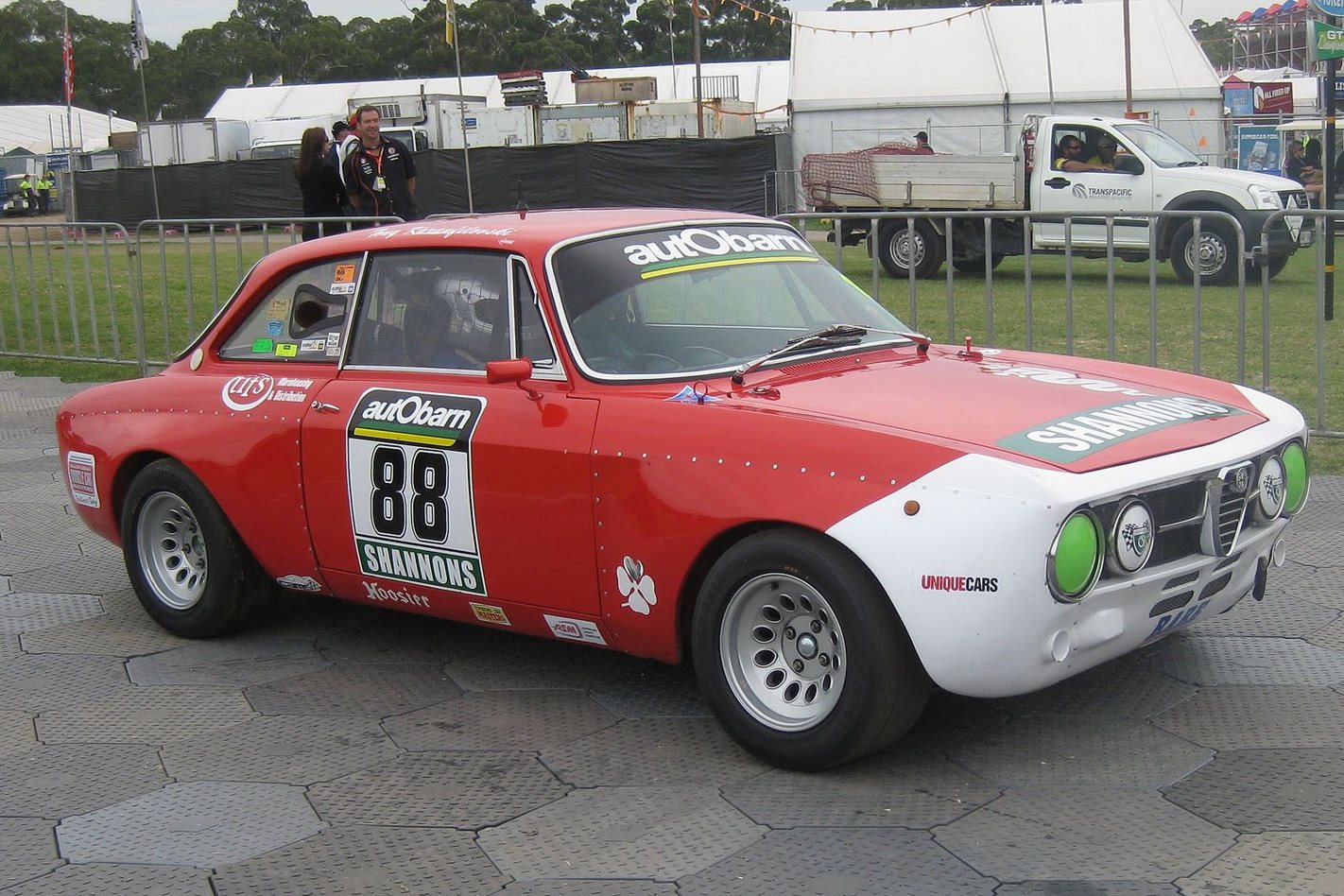 Only on two or three occasions has he strayed. Three years ago, he says, he bought a new Mercedes-Benz E200. He’d owned it four days when he drove past an Alfa dealership with a red 4C in the window. “We did the deal on the spot.”

He lost his licence in that 4C. “While I was off the road, a white launch-edition 4C became available – so I bought that as well. Two 4Cs in the garage and no licence.”

What is it, then, with a brand that had done basically nothing noteworthy in Khoury’s entire lifetime? 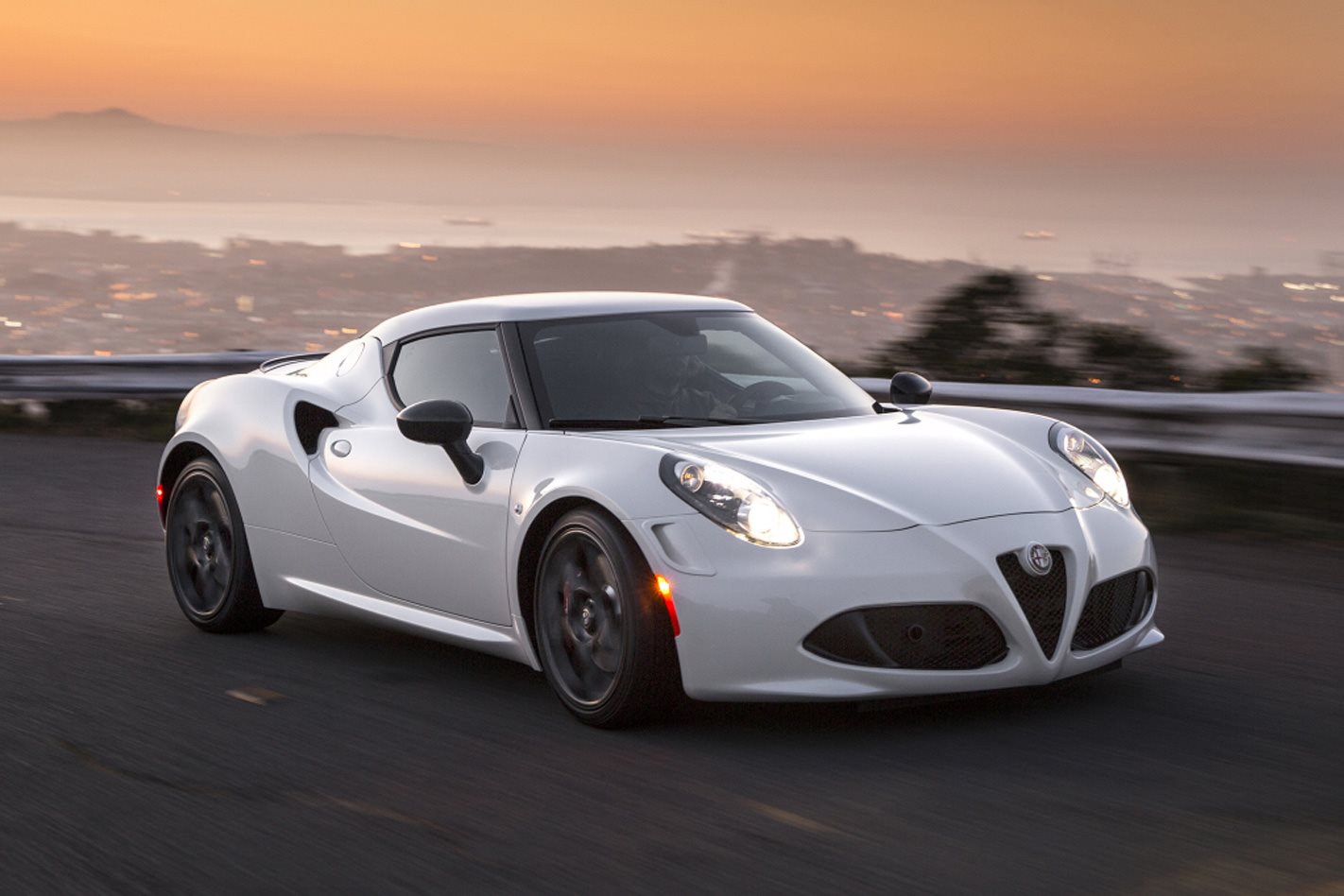 “I can’t really explain it ... it’s just the engagement ... even in the Aston, you don’t get the same thing ... the vibration of the engine through the steering wheel, the feeling through the pedals, the way the GTAs rumbled and shook …"

“The funny thing is, I’ve had five or six of my friends now who’ve driven one or another of my Alfas at different times. They’ve all ended up catching the bug.”

Tiger in the tank?

Sydney lawyer Nathan Khoury was born at the end of Alfa Romeo’s last golden era; for all his life they’ve been frumpy front-drive Fiats.

Yet this young Alfaholic has owned 20 of them.

“I think the brand is like Tiger Woods – he’s had these moments where he lost his mind and disappeared. Then he comes back and he’s still the rock star, the class leader.”