TO kick-start our 4x4 Garage series – a six-part inside look at some of Australia’s best 4x4 aftermarket companies – we’ve taken a peek behind the scenes at event sponsor Dana Australia’s Melbourne facility, where the company designs and manufactures the Ultimate 60 rear axle kit for the LandCruiser 70 Series.

The locally designed and manufactured Ultimate Dana 60 rear axle kit was an idea spawned to rectify the factory shortcomings of the loveable Toyota 70 Series. Peter Langworthy, Dana Australia’s managing director, explained: “We saw an opportunity about two years ago with the legendary LandCruiser 79 Series, for us to enhance that product above its normal capabilities.

“We identified that there were certain areas of opportunity for us to improve on the original equipment axle.” 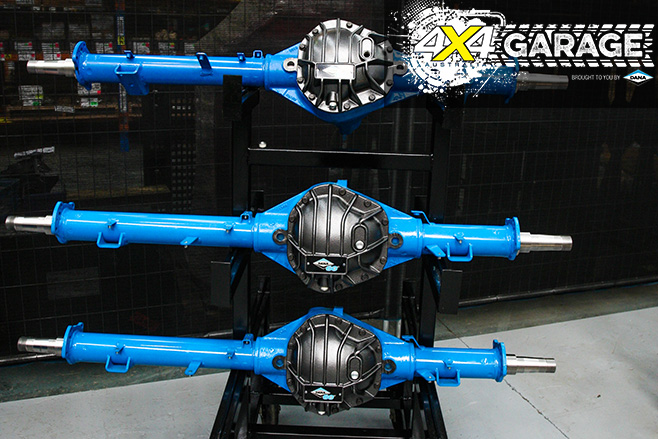 The research phase of the development process saw Dana speak to professional 4x4 workshops, fleet customers, and punters who tow long distances, to find out what issues needed addressing.

“The feedback we received was along the lines of rectifying the track issue to enable better use of the vehicle in sand, bog or mud,” Peter said. “There were also issues around oil degradation, because of the low oil capacity in the original axle – in other words, we needed to increase the amount of oil lubrication.”

An electronic ELocker was also high on the list, as well as the ability for the kit to incorporate other aftermarket goodies like heavy-duty suspension products and bigger shock absorbers.
Customers were also adamant that the GVM of the vehicle needed a spike. 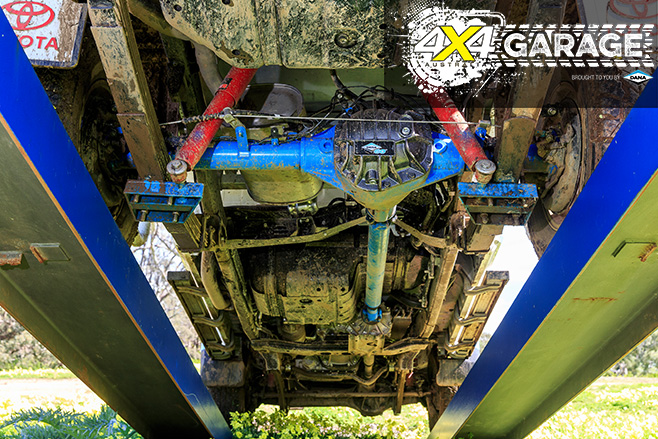 “A lot of fleets have been talking to us about the need to improve the GVM capacity of the vehicle. Previously, the original axle was a limiting factor for being able to increase legally and in full compliance of a GVM improvement.”

Another key design cue brought up by customers prior to production was for the half shafts to retain the full floating application, as per the original equipment.

Countless hours of research and development resulted in the Ultimate Dana 60, a rear axle that is supplied as a complete aftermarket bolt-in kit.

“The electrical components are ready for you to plug straight into the OE wiring loom fitted to the vehicle,” Peter said. 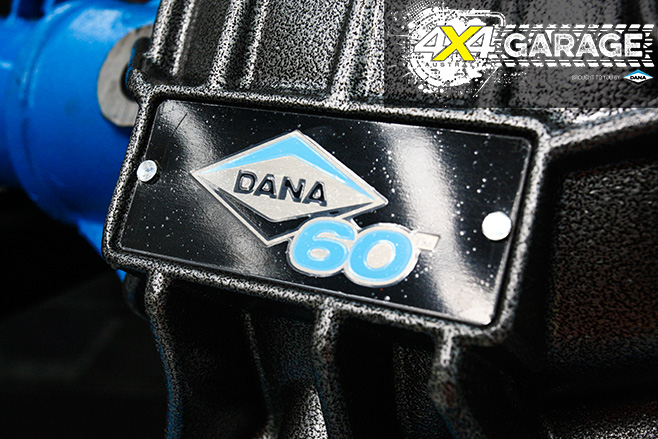 Incorporated into the diff centre is an Eaton ELocker. Owners must ensure that their vehicle was originally optioned with a factory locker, otherwise a switch on the dash will need to be installed.

The manufacturing process takes place entirely within Dana’s Melbourne assembly factory.
“We have a large range of components that are made locally. We push the tubes into the housing, build the diff centre itself, incorporate the Eaton ELocker, weld the spindles and the tubes to the housings, and then we also assemble the whole kit ready to bolt into the vehicle,” Peter said.

However, all of the internal differential parts are shipped in from international Dana facilities before they are housed locally. “The base elements of the axle itself, being the carrier, the housing and the internals, remain similar to every other Dana 60 around the globe, but we’ve produced our own tubes, our own spindles, our own half shafts. We’ve designed those locally to suit the Toyota LandCruiser. Therefore you can fit the OE wheel end, brakes, hubs and rims to the vehicle.” 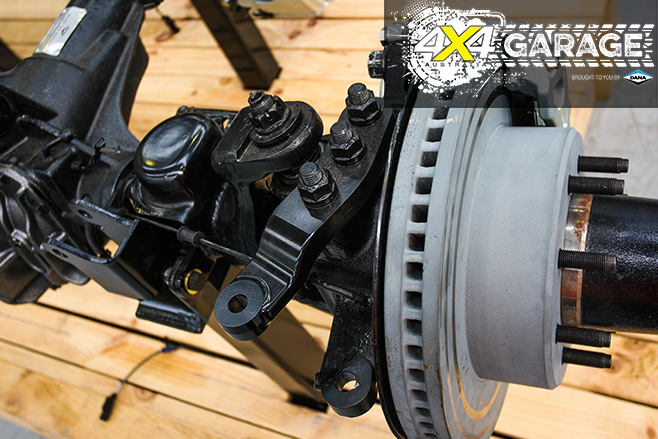 As we toured Dana’s Hallam factory, Dana’s general manager of aftermarket, Brad Wolstenholme, explained that the busy staff used to pump out 450 driveshafts per day during Holden and Ford’s halcyon days. That number has now been reduced to approximately 100 shafts per day – still impressive.

The factory was a flurry of activity as we eyed the production line, including witnessing the 50-tonne press inserting the Ultimate 60’s tubes into the carrier. 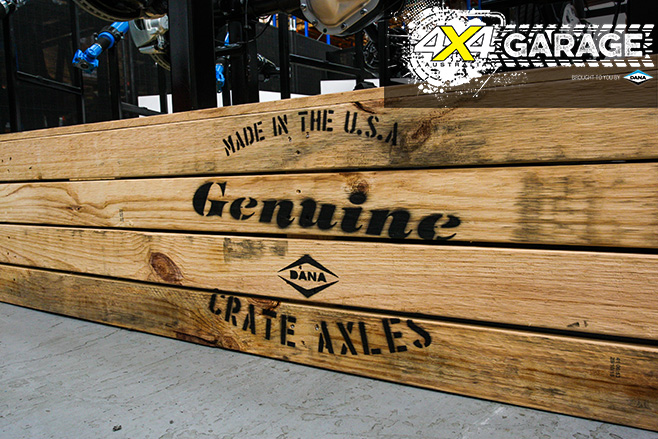 Superior locally made alloy spindles and axle shafts replace the OE gear, and the Eaton ELocker replaces the optional TMC locker (if optioned).

Can customers perform the installation at home? Ideally not, according to Peter: “It’s important anyone doing this installation is either qualified or certainly well-adept at doing that type of work. Our preference would be that it is done at a qualified professional 4x4 garage, but certainly if someone is capable of doing it, it can be done – we include all fitting instructions for that to occur.”

The Australian-designed and built Ultimate 60 is backed with a 12-month/30,000km warranty, and Peter was adamant that customers will have no problem getting the necessary legal approvals.

“It’s our preference that the owner does this through a registered workshop, and those workshops can help the owner through the process of legally fitting the modification to the vehicle.” 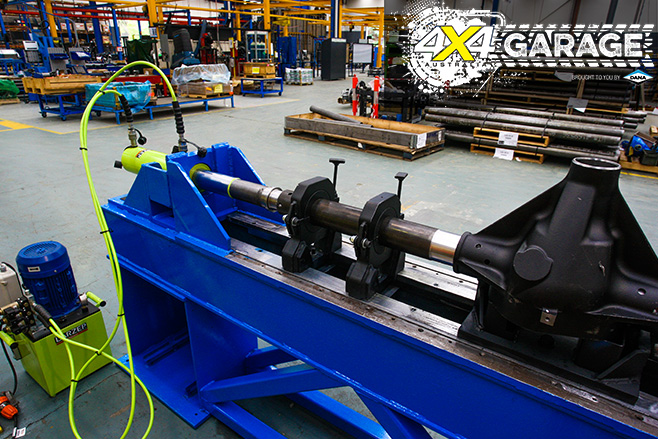 Dana Australia provided an indicative price of $9990 for installation of the Ultimate 60, but that can vary for each customer. All the appropriate installation paperwork is provided by Dana’s engineers for the car to gain approval.

DANA'S LC79 has been its R&D and show vehicle, logging up the kays to test the Ultimate 60 under all manner of loads and conditions. We took it out for a day to get a feel for the new rear end.

There’s not much to say about the performance around town, it drives like any other Cruiser. The real difference comes when you hit the gravel roads and get off-road. 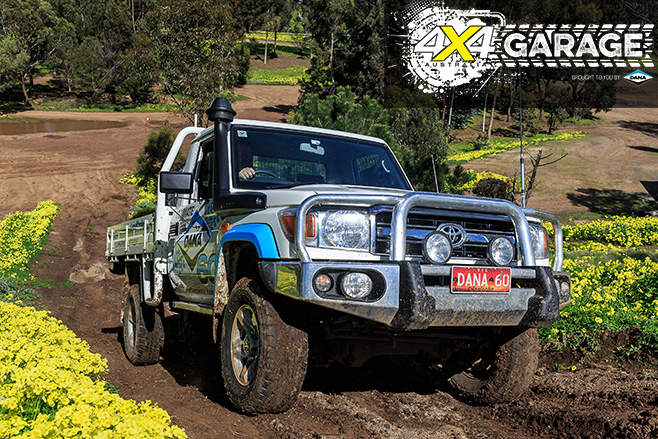 The standard 70 has an inherent tendency to wander at speed on loose surfaces, as the outside edge of the rear tyres ride along the edge of the groove created by the front tyres.

This has the driver constantly making corrections on the wheel to keep it pointed straight.

The wheel track correction of the Dana Ultimate 60 has the rear wheels following the fronts to rectify this problem and make the car more stable. This again works in your favour on mud or sand where the rear wheels no longer have to forge their own track through the surface, as they now follow directly in the track of the front wheels.

This track fix is a win both on- and off-road, and then you have the added bonus of a heavier duty rear axle allowing for a larger GVM upgrade.