HONDA has just launched a box-fresh Civic hatchback – the first in two generations to actually share most of its DNA with its sedan-shaped sibling – and there’s finally a faint whiff in the air that the Japanese manufacturer is on the cusp of, to use the phrase du jour, “making itself great again”.

It’s about time. Honda, once regarded as one of the world’s most innovative and boundary-pushing car makers, has slipped in recent years. Remember VTEC? Almost every manufacturer now has their own interpretation of variable valve lift tech, but Honda made that four-letter acronym a household name and a synonym for zingy atmo performance.

And it was Honda that took four-wheel steering and used it to transform its Prelude coupe into something far more agile than its front-drive underpinnings would have otherwise allowed. Honda was adept at pushing the envelope and employing emerging technology to better its road cars, that was its USP. 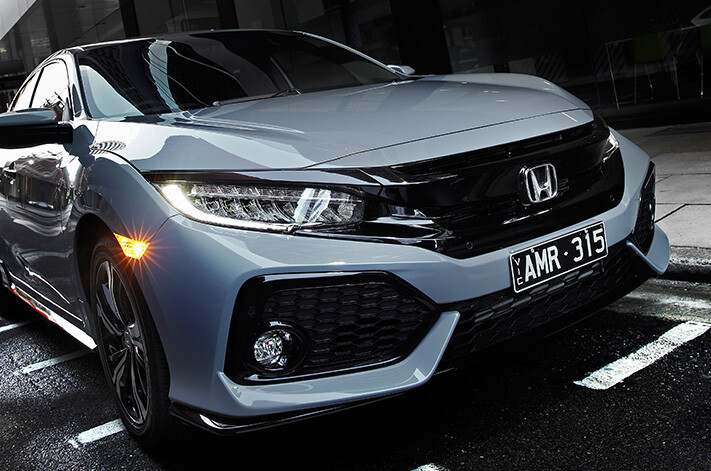 There were some oddball projects too. Company founder Soichiro Honda was an incorrigible nonconformist, relentless inventor, and a true petrolhead - a combination that spurred Honda engineers to design devices like the Motocompo, a collapsible two-stroke scooter that could neatly fit behind the rear seats of a first-generation Honda City hatchback. It’s an idea that resurfaces every few years as a motor show concept, but Honda made it a production reality in 1981.

It wasn’t just any one vehicle that made Honda great though, it was Honda’s way of doing things. Honda cars often represented the intersection of ‘quality’ and ‘cutting edge’, with the fourth-generation Civic small hatch boasting variable valve lift tech AND double-wishbone front suspension, and the NSX combining supercar-level performance with grocery-getter driveability and reliability. Honda just did things better.

But since the mid-1990s that spirit of innovation wilted. The Asian financial crisis mauled many a Japanese carmaker (Nissan, for example, only being saved by Renault’s intervention), and Honda wasn’t immune. Cutting-edge R&D had to make way for conservative, safe-as-houses products, and Honda’s technological lead evaporated as other manufacturers, especially those in Europe, maintained forward momentum. Fast forward to the present day and Honda is still, well, a bit dull. Sure, the NSX boasts impressive metrics, but it’s certainly not the first hybrid supercar – nor is it the best. It’s a follower, not a leader.

The same applies to the Civic Type R – formidable, but it adheres to an established pattern.

A change is in the air, however, and the first clue is found in an unlikely place: the boot of Honda’s just-launched Civic hatch. Lift the tailgate and you’ll see it straight away.

It’s the cargo cover. Cargo covers in small hatches are almost universally made of a moulded sheet of furry black plastic, and they all hinge just behind the rear seatbacks so that they lift out of your way when loading groceries. Drop the seats to load big cargo however, and it’s a pain to find somewhere to stow them where they won’t get in the way. The Civic hatch does things differently. Mounted to one side, its cargo cover is essentially a downsized version of a wagon’s retractable roller blind. Stretching laterally across the boot, it can stay in place with the rear seats down and not impinge on cargo space. Clever, at least in theory.

In reality, it can be awkward to use depending on how you grip its handle and it won’t automatically get out of the way when the tailgate is opened. It’s a neat idea though, and a demonstration that Honda is starting to channel the nonconformist spirit of its founder once more. The company could have just phoned it in with yet another slab of furry black plastic, but it didn’t.

And if that’s the way the company is starting to think about its cargo covers, it bodes well for what’s coming down Honda’s product pipeline. It’s a return to “the Honda way of doing things”: defiantly different to the status quo.

Granted, out-of-the-box thinking doesn’t necessarily guarantee greatness, but it does at least mean Honda could once again have a bona-fide point of difference to every other mainstream manufacturer out there. Here’s hoping.